Complex is the key word here, as the PSyKo SEVEN is indeed a complex, mostly mild yet far from boring cigar and that equates to a winner in my book...

For some reason, a reason that perhaps my therapist may someday figure out, I’ve always found the word “psycho” hilarious. Whenever I hear it, I laugh. There’s a great scene in From Dusk Til Dawn where George Clooney throws it out there to great effect and it always makes me chuckle…

… and then there’s the greatest cinematic use of the word “psycho” ever, in this clip from the classic Farrelly brothers comedy Kingpin –

HYSTERICAL! Oh and, I believe, there was also a movie that was actually called Psycho but that one didn’t make me laugh so much from what I can remember. Now get to scrolling and read my review for the PSyKo SEVEN cigar below, you f’n psychos!!! 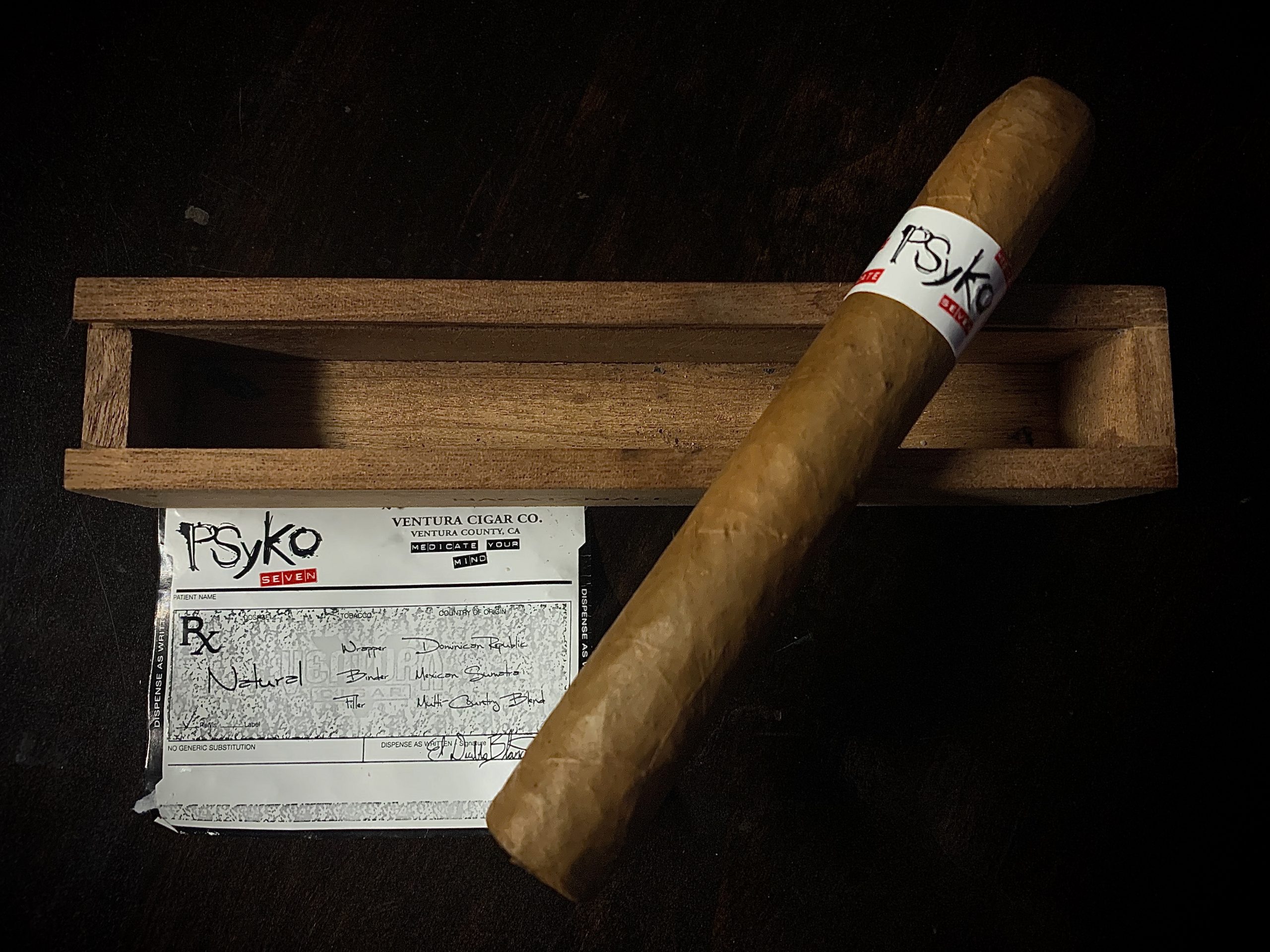 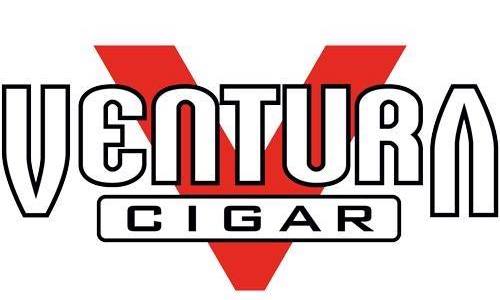 Size: 5.5 x 50 (robusto)
Wrapper: Dominican Hybrid
Binder: Mexican Sumatra
Filler: Multiple country blend
Price: $7.00 (although I purchased my cigar for review in a sampler from Famous Smoke Shop for considerably less, use promo code TNCC20 to save $20 off $100!)

From the Ventura website:
Unleash the Madness. Disconnect from chaos and commotion, medicate your mind with PSyKo SEVEN. Fade away with an exclusive blend of seven tobaccos from six countries expertly crafted in the Dominican Republic. Drop out, tune in and light up an experience unlike any other. 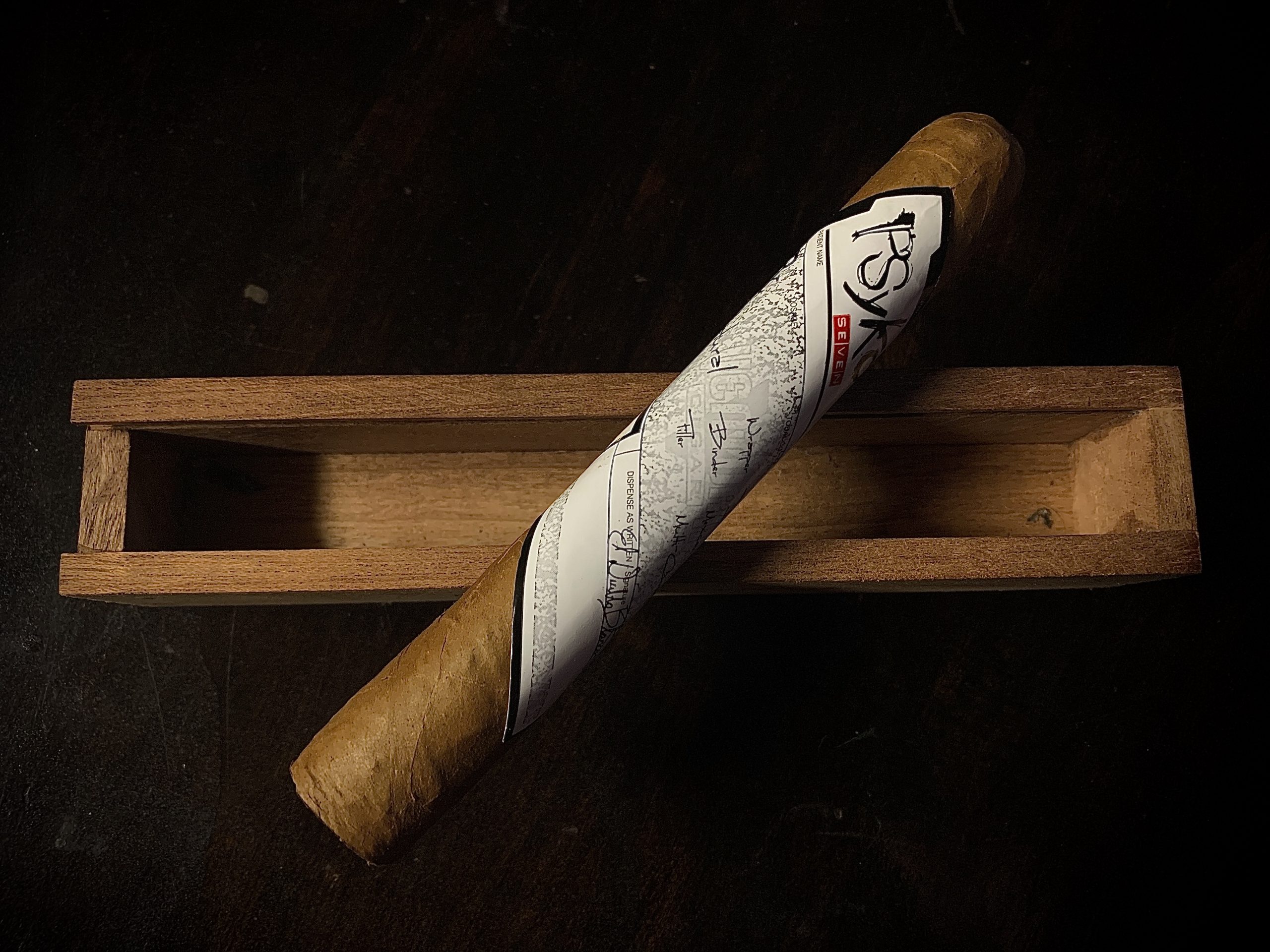 The PSyKo SEVEN features a highly unique and visually interesting secondary band that resembles a prescription pad. The golden brown wrapper emits aromas of hay and grass while there’s a strong mint essence when sniffing the foot. That mint is also present on the cold draw accompanied by a light chocolate. 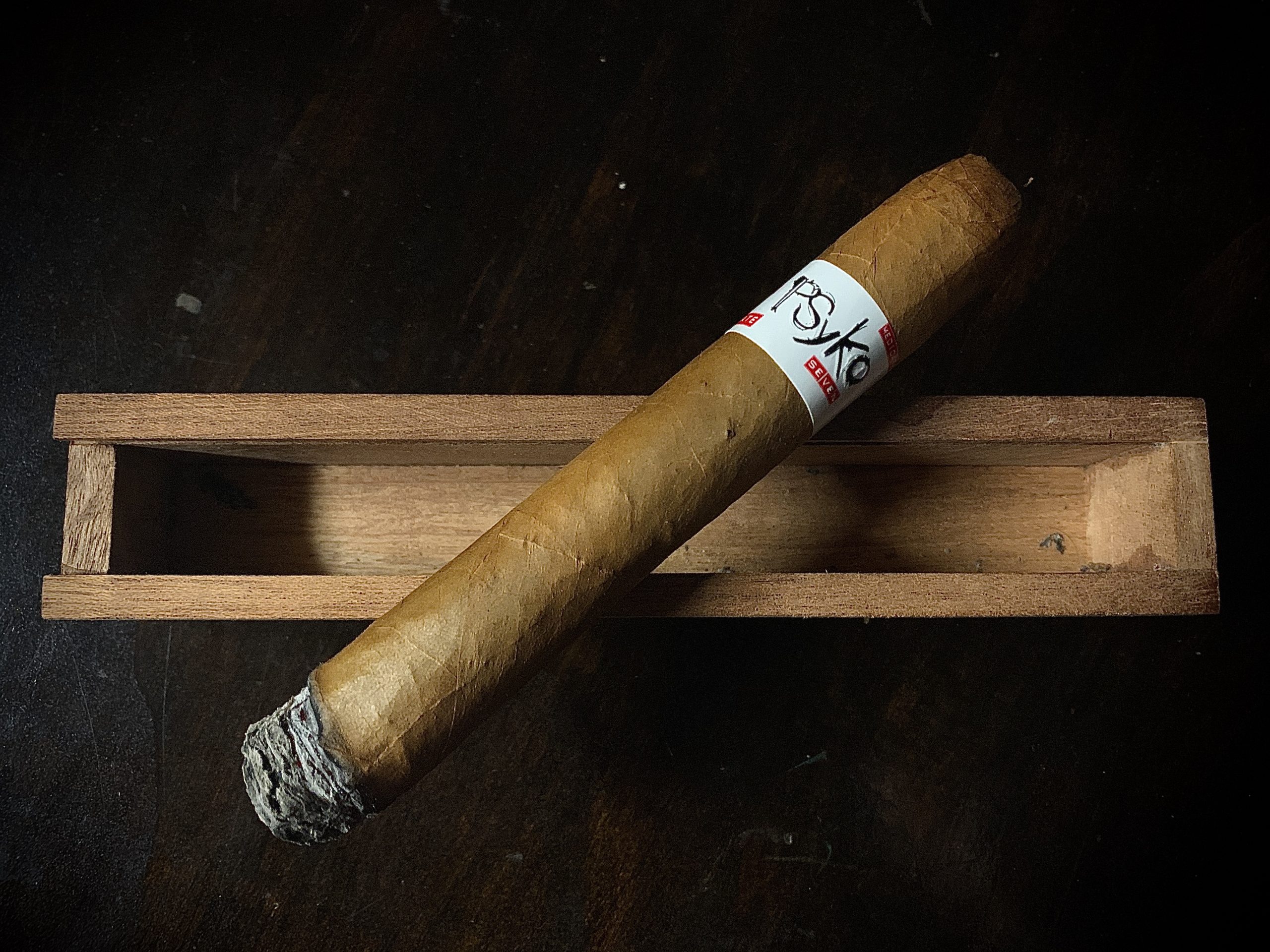 Upon setting the cigar on fire, there’s an immediate tingling pepper spice through the nose. On the draw, cedar and light medium roast coffee present themselves first. The draw is fantastic with a razor sharp burn line early on. As the cigar progresses there is a mustiness that begins to develop. It’s not unpleasant, however, at this point it’s just interesting… 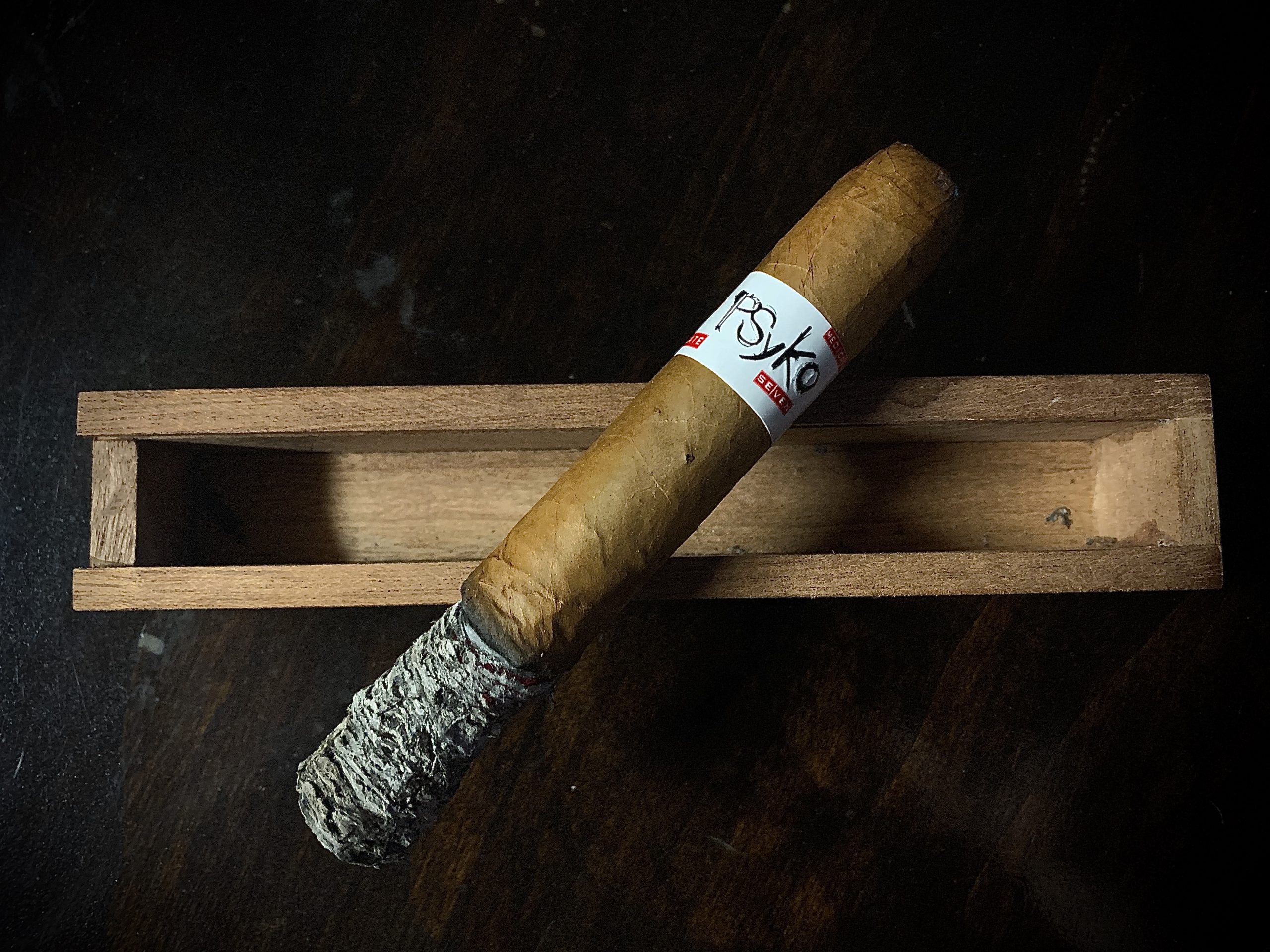 At the beginning of the second act, that mint that was hinted at earlier shows up on both the draw and the nose. The spice has died down considerably on the retrohale as well. The burn line begins to grow a bit uneven so I touched it up. 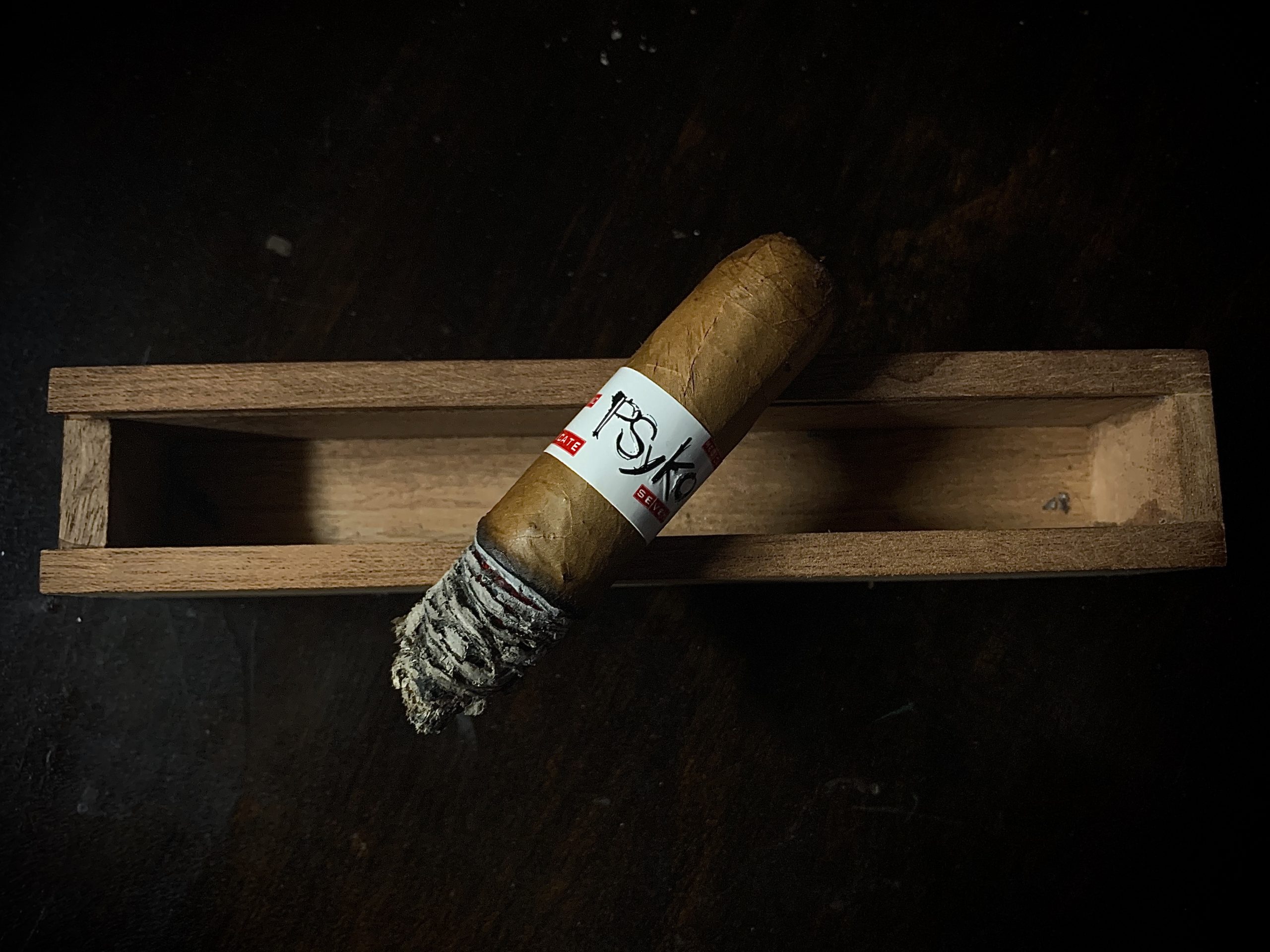 A pleasant mineral note joins the mint and coffee around the halfway mark. The draw remains perfect and the ash continues to hang on like a champ. 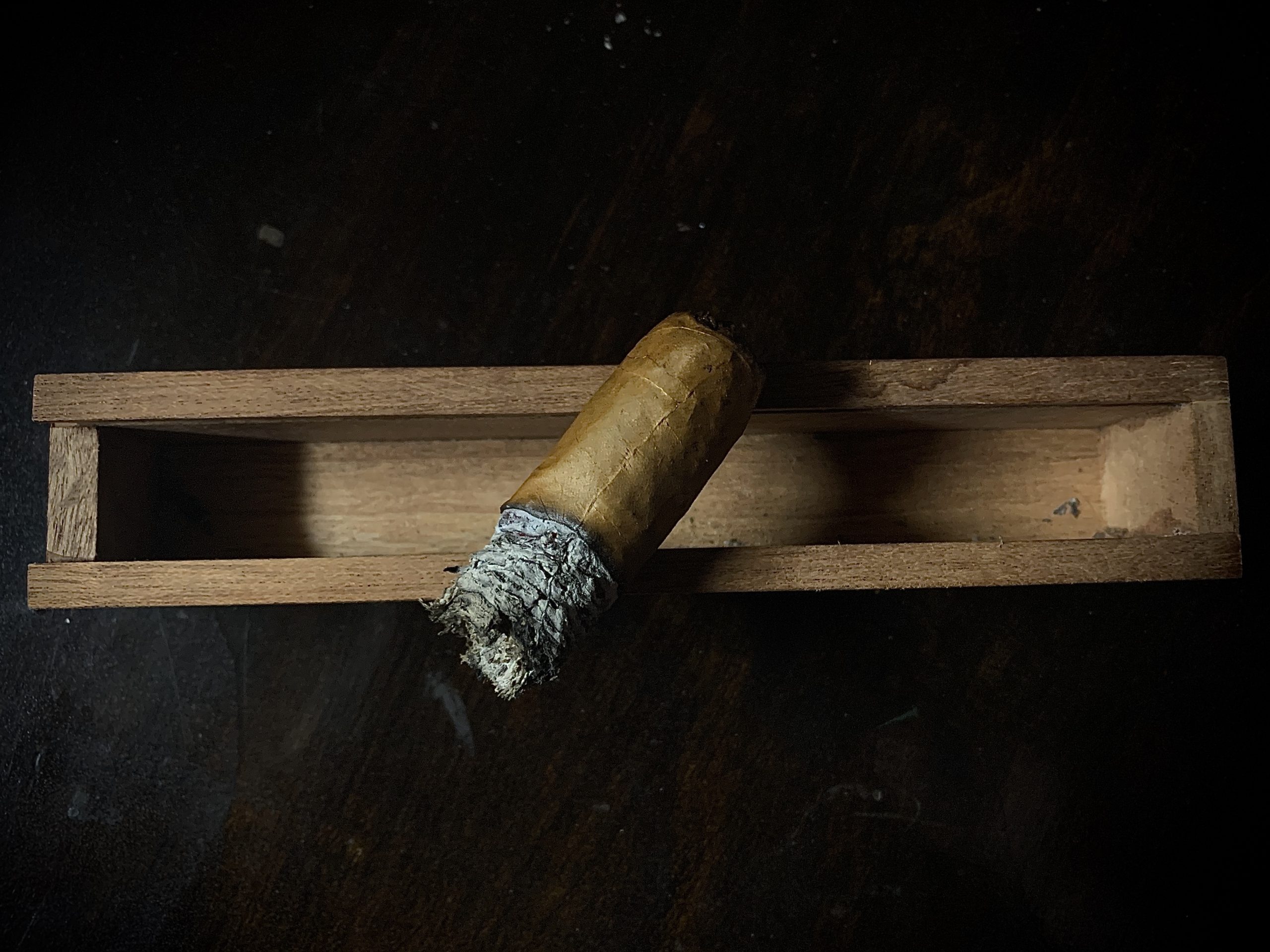 Around the start of the final third, the spice ramps up through the nose once again. The combination of pepper and mint is highly enjoyable. The draw continues to impress with the mineral, mint, faint cedar, and steady coffee notes. No more touch-ups to the burn line are required, as it has behaved fine ever since the one earlier incident. 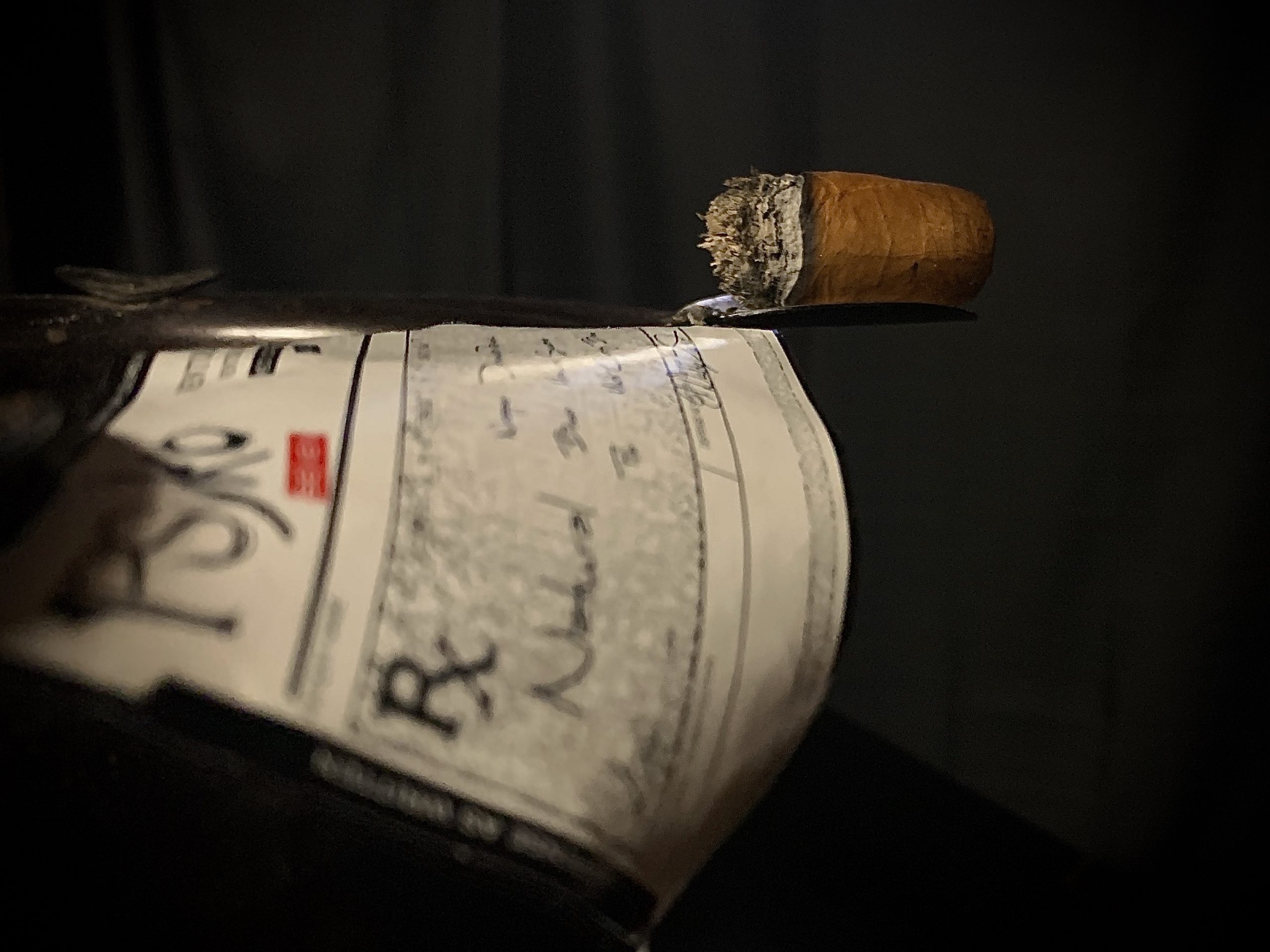 The final third is where the PSyKo SEVEN really shines, as that’s where everything comes together at once. It is a nice, complex melody of flavors that all work very well together. Complex is the key word to take away from this review, as the PSyKo SEVEN is indeed a complex, mostly mild yet far from boring cigar and that equates to a winner in my book.