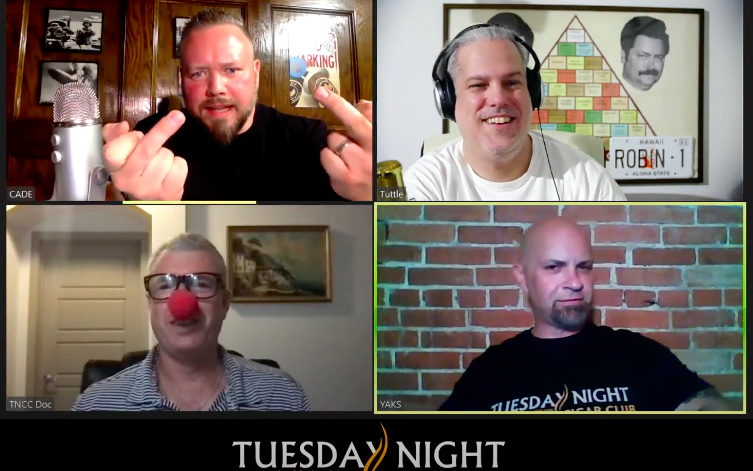 “Look, at the end of the day it’s a fucking clown cigar named after our boy Tut who’s terrified of clowns. How are we not gonna smoke this shit?”

Are you ready to clown around? Well I hope so because we sure are! Yes folks it’s our big CLOWN EPISODE and things get a bit nutty on tonight’s episode as expected. You see, our boy Tut is a bit terrified of both clowns and creepy dolls so the stars aligned when we found this film which combines both terrifying subjects right around the same time a company called Cigar Clowns released a new cigar called “The Ron” which just happens to be Tut’s first name. Crazy right? Oh it gets much crazier… 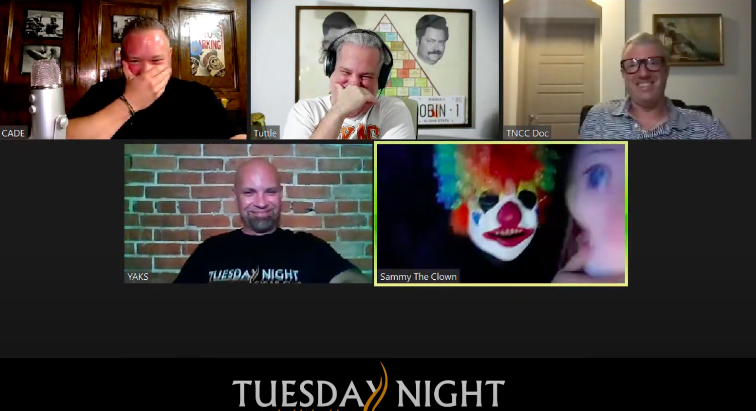 Is this crazy enough for you? Click the links below and JOIN THE INSANITY!!!

THE CIGAR – CIGAR CLOWNS “THE RON” by AJ FERNANDEZ 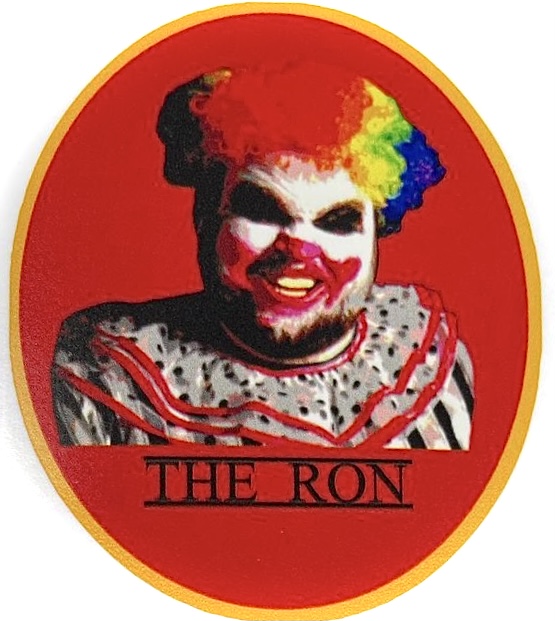 Size: 6×50 (toro)
Wrapper: Nicaraguan habano
Binder: Nicaraguan
Filler: Nicaraguan
Price: $11.25 (And please remember when purchasing some fine premium cigars from FamousSmokeShop.com to use your new favorite promo code TNCC20 at checkout where it will knock $20 off your purchase of $100 or more) 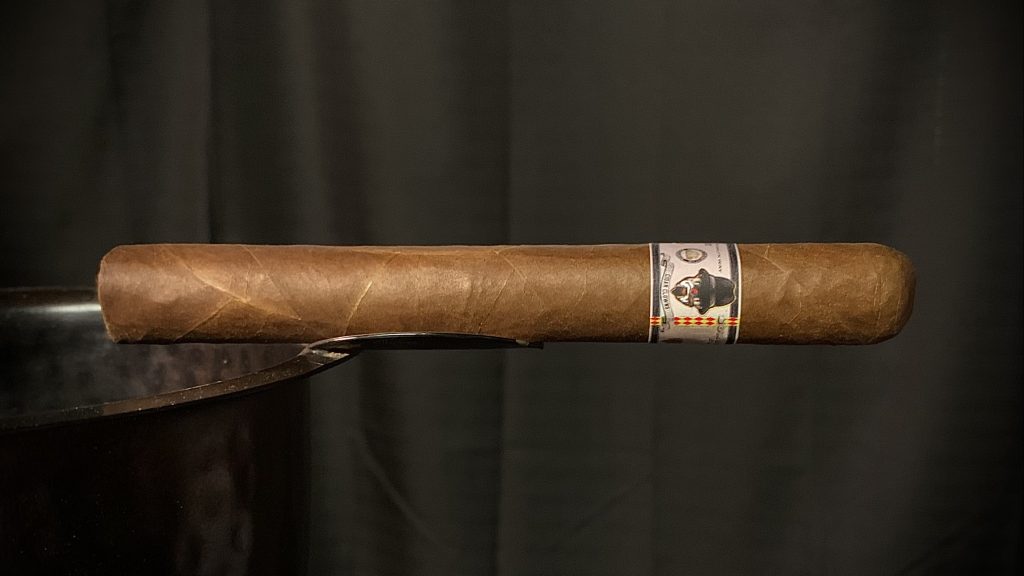 The Ron features a very rustic, dark earthy aroma when smelling the wrapper and when sniffing the foot of the cigar directly we all got a strong sense, just like when smelling our own Ron, of pure horseshit. I mean barnyard. Yak boy and I picked up a very nice sweetness on the cold draw while our Ron did not. Immediately upon torching the cigar on fire there’s a blast of strong pepper spice on the retrohale combined with cocoa powder that literally knocks your clown socks off. Smoked almonds and cedar are the first flavors detected on the draw, which is eerie because our buddy Ron has nuts on his palate often as well… A nice mineral component joins the spice and cocoa powder through the nose at around the one inch mark and it also bleeds a little into the draw as well. 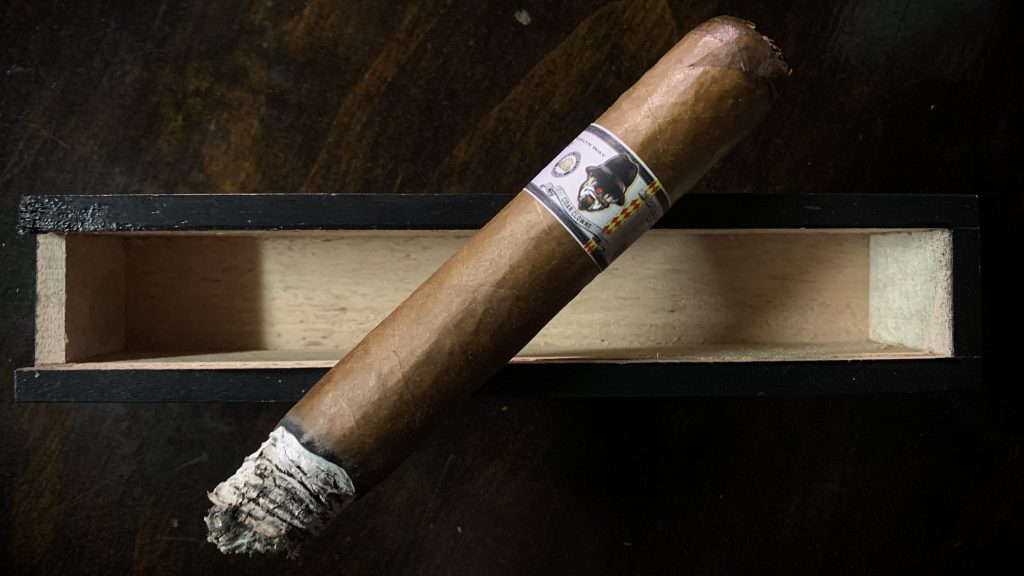 As the smoking experience continues, we picked up pencil shavings and coffee grounds on the draw which played very nicely with the existing cedar and that slowly diminishing almond flavor. The spice, cocoa powder, and mineral remained consistently present through nose. Despite the clownish presentation, this is a legit Nicaraguan puro with impressive construction, copious smoke production, and an admirable complexity to it. We always say “Don’t give us a boring cigar” here on the show and this cigar is far from boring. Take note: this is a fast burning cigar so you might want to puff a bit slowly. 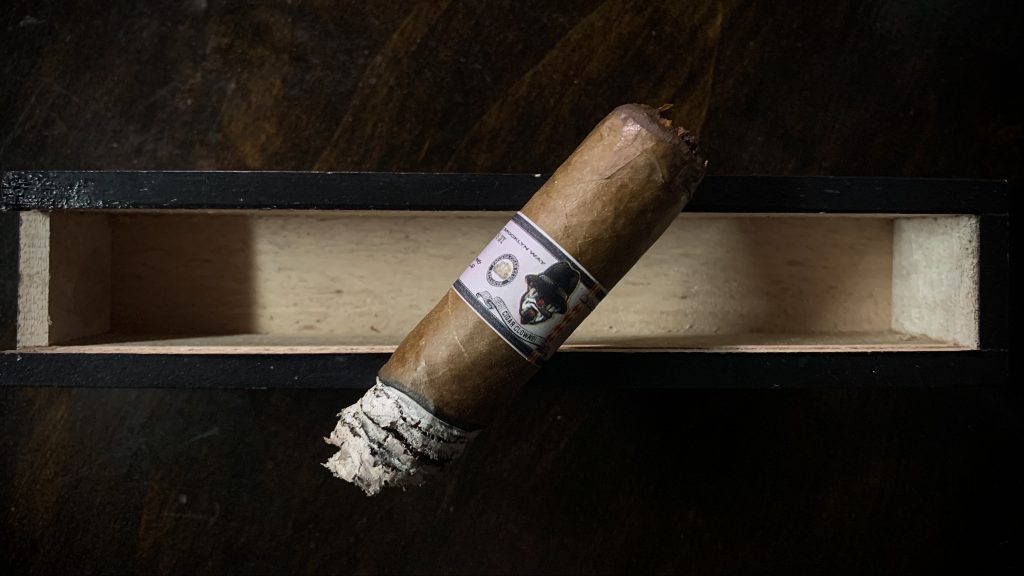 Earthiness on the draw mixed with the cedar and mineral is prevalent in the final act and that retrohale spice is still consistent and highly enjoyable. Even battling with a high IBU beer (and all of our beers for that matter), this clown cigar held its own. Sometimes a gimmick cigar surpasses its gimmick, this is thankfully one of those times. Featuring a sexy smoke profile from start to finish, we all loved this damn sexy clown cigar as it gave us all some sexy things! 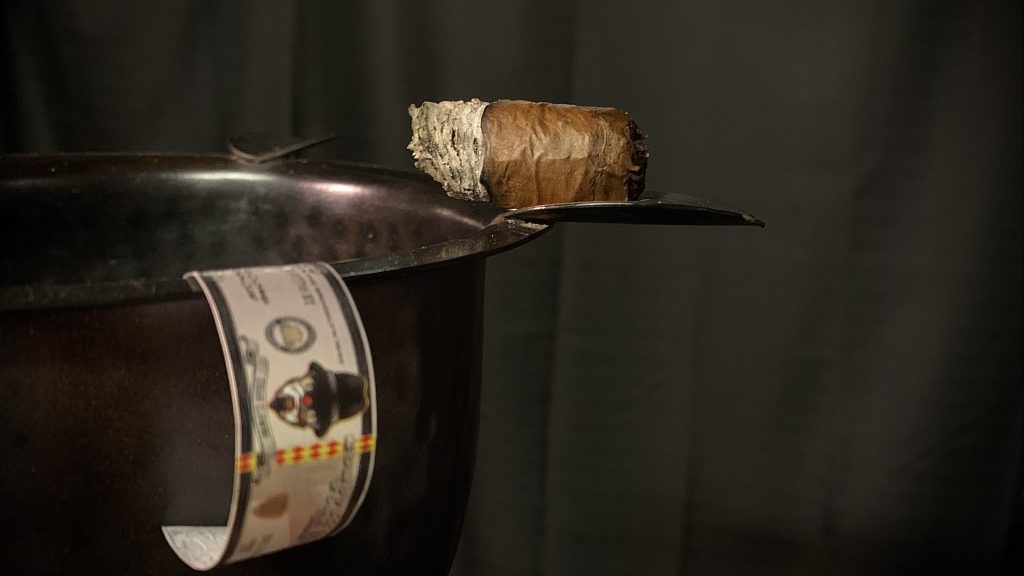 Once again folks, usually (before the mini apocalypse was thrust upon all of us in 2020) we would carefully – some of you have said “expertly” – pair our evening’s beer with the cigar and movie and we’d all drink that same beer and compare notes. But since this whole COVID-19 shitshow went down, each member of the TNCC is now solely responsible for risking their lives out in the wild and acquiring their own beers for each episode… 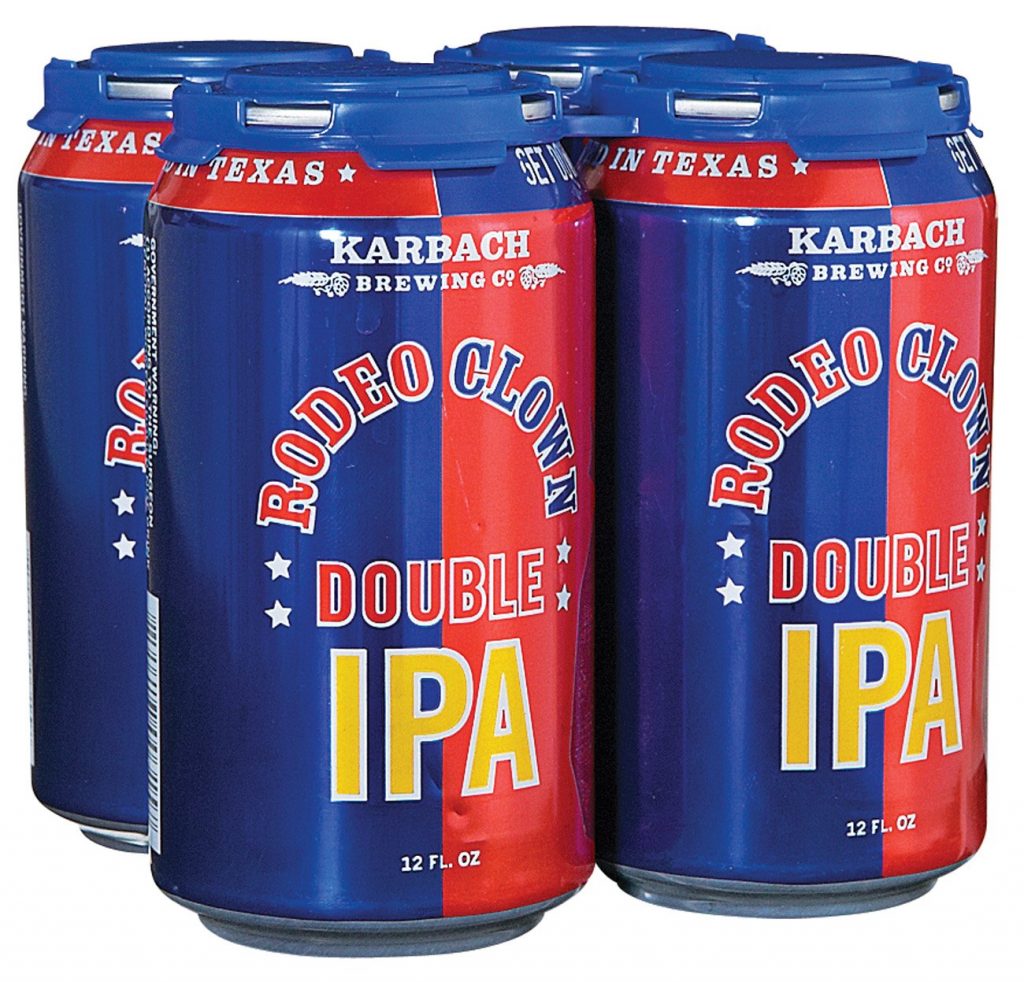 Rollin in at 9.5% and 85 IBUS, this beer features almost no aroma off the pour but upon first sip that high bitterness rating seems spot on. The dark malty body combined with the hop bitterness on the nose makes for a very good pairing partner with a strong cigar like we have lit up tonight. I usually don’t throw too many of my dollars at Karbach because Anheuser-Busch doesn’t need my money like a lot of smaller independent breweries do but I’d be lying if I said this beer wasn’t good stuff… 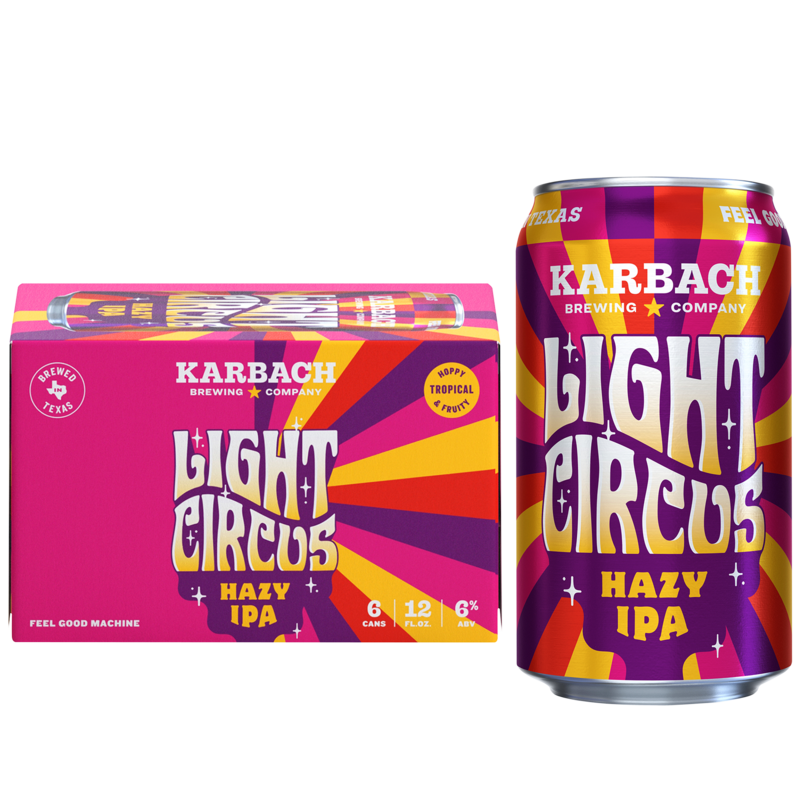 This weak ass New England style IPA is 6% and only 20 IBUs and not only is it lacking bitterness but it’s also completely lacking any flavor whatsoever. This beer won’t benefit any cigar that it’s paired with nor will it benefit the poor chump drinking it in any way. But while this IPA got a big thumbs down from yours truly, my overall COLLECTIVE PAIRING GRADE for the night = A 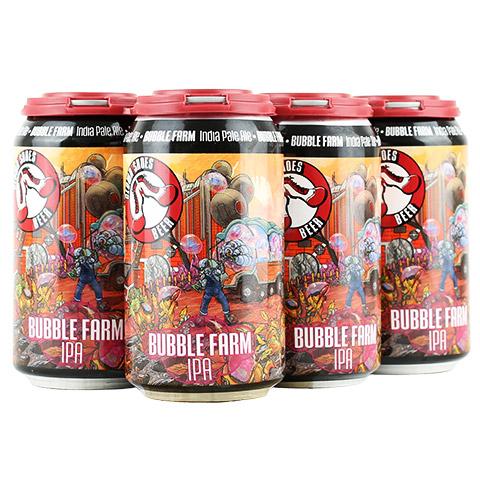 Honking in at 6.5% and only 40 IBUs which Yaks found accurate, this is a lighter IPA and it paired just fine with tonight’s cigar. We’ve had mostly negative experiences with Clown Shoes offerings here on the show but it sounded like Yak Boy found a winner this tie around.
YAK BOY’S PAIRING GRADE = B- 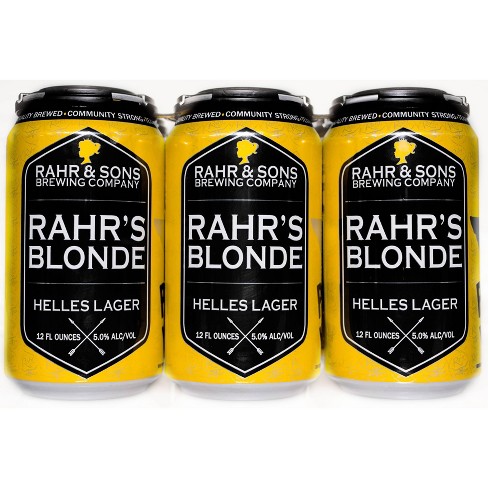 Obviously there’s no pairing thought expended here, The Doctor is apparently too busy of a man for such things, but he did manage to find an easy drinking “summer beer” that tasted good on this hot Texas night. INSERT SLOW CLAP. This German style, bready beer was smooth and refreshing and if that’s your thing you should maybe seek it out…
THE DOCTOR’S PAIRING GRADE = F 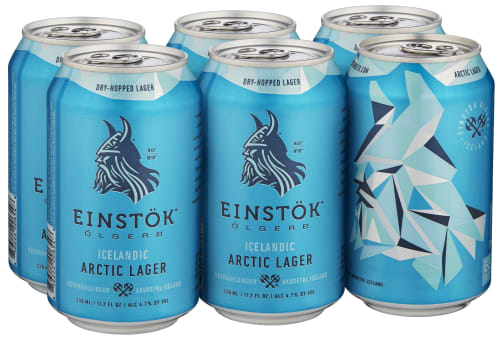 Tut didn’t pick this fucking beer because the circus clown apparently has arctic roots in its origin, nor did he pick it because our friendship is ICE COLD now due to me selecting a clown doll movie tonight preying on his greatest primal fears… he picked it simply because it was cold beer. Lame sauce. Brewed with arctic water from Iceland, which we experienced before on Episode 99, this beer is 4.7% and a measly 5 IBUs which makes the Arctic Lager totally harmless unlike the CLOWN DOLL!!! So yeah, Tut thought the beer brought out some of the mineral notes in the cigar but we all got that mineral taste while drinking much better paired beers so, yeah, big time FAIL.
TUT’S PAIRING GRADE = F- 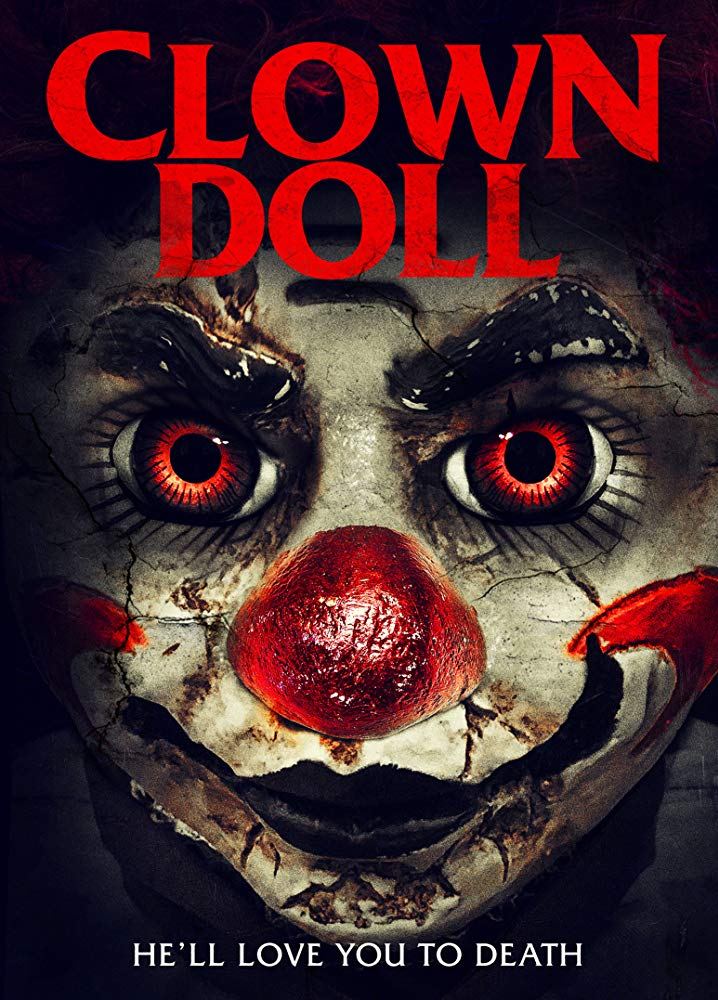 Notice the demonic doll on the film poster above? Well here’s what the sucker actually looks like in the film Clown Doll…

And that’s not the only thing completely out of whack with this horror flick. But, as usual, I’m not going to give away any of our thoughts on tonight’s film here on this episode page. You’re just going to have to CLICK THE LINKS BELOW and watch or listen for yourself! And, trust me, you’re in for a wild ride!!! 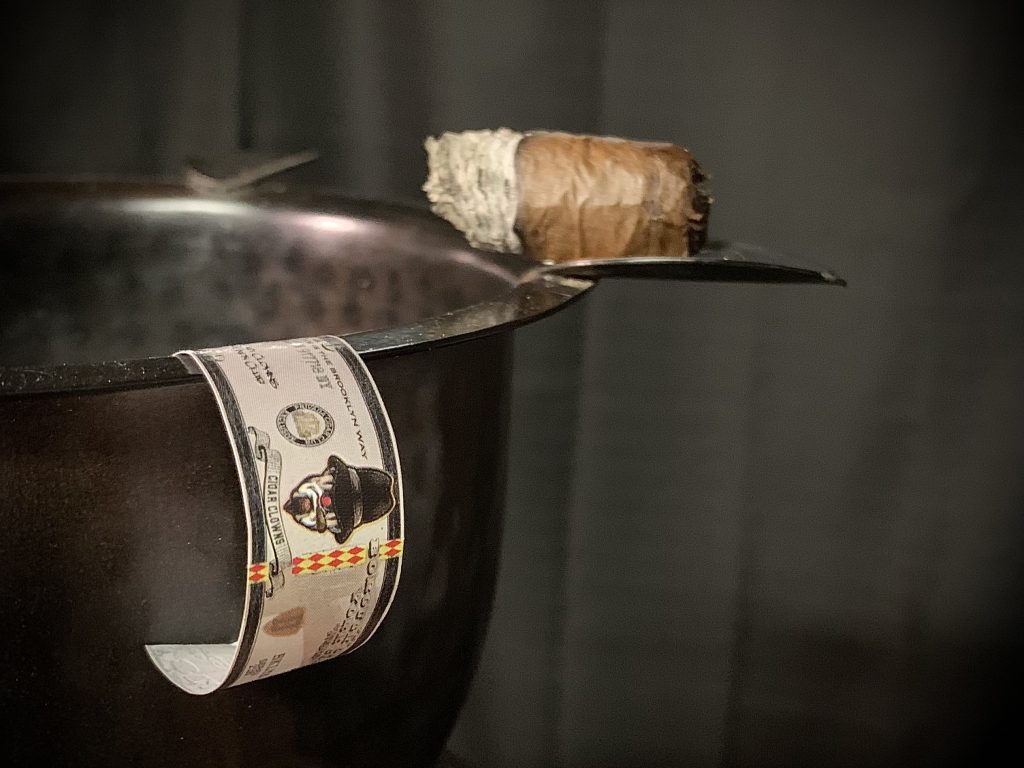 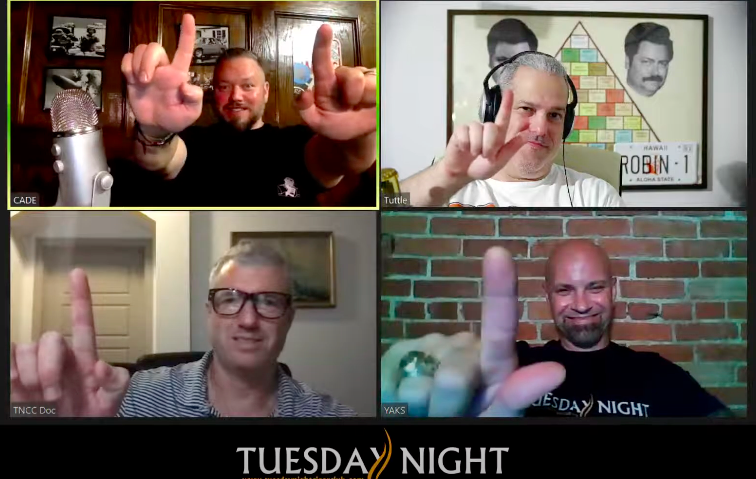