Having heard a ton of great things about this cigar over the last year or so, I've been eager to get my hands on one and see what all the noise is about... 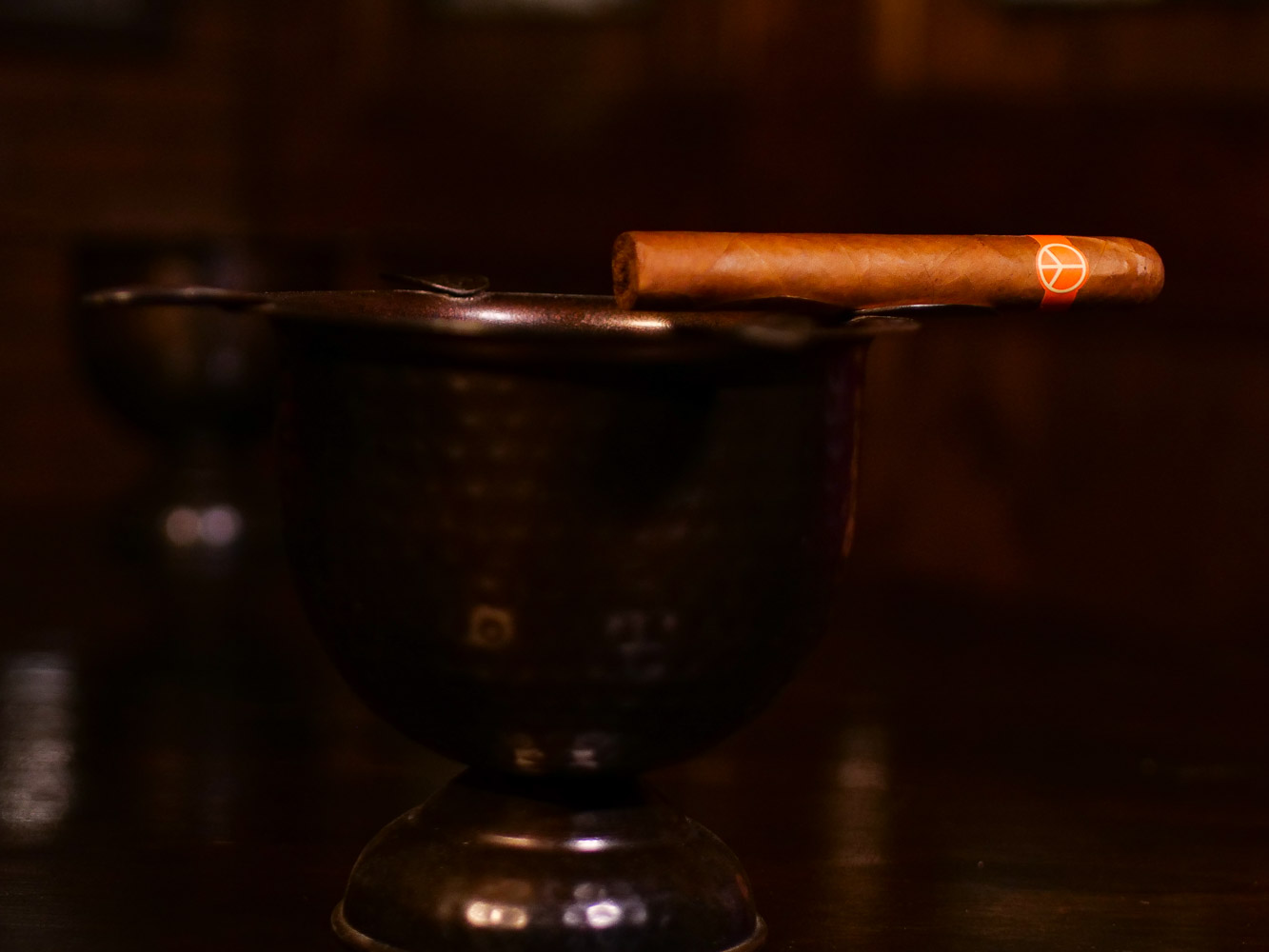 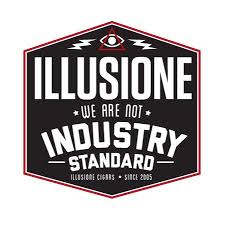 Our friends over at Famous Smoke Shop have this to say about tonight’s cigar, the OneOff Canonazo from Illusione:
Illusione ONEOFF cigars are resurrected brand that gained an immediate cult status when they first arrived on cigar store shelves at the turn of the 21st Millennium (those old enough to remember them will immediately recognize the peace symbol on the band). This reboot from Illusione Cigars is a medium-bodied, all-Nicaraguan leaf offering that’s full-flavored with a standout complexity and an excellent balance of flavors.

Having heard a ton of great things about this cigar over the last year or so, I’ve been eager to get my hands on one and see what all the noise is about. 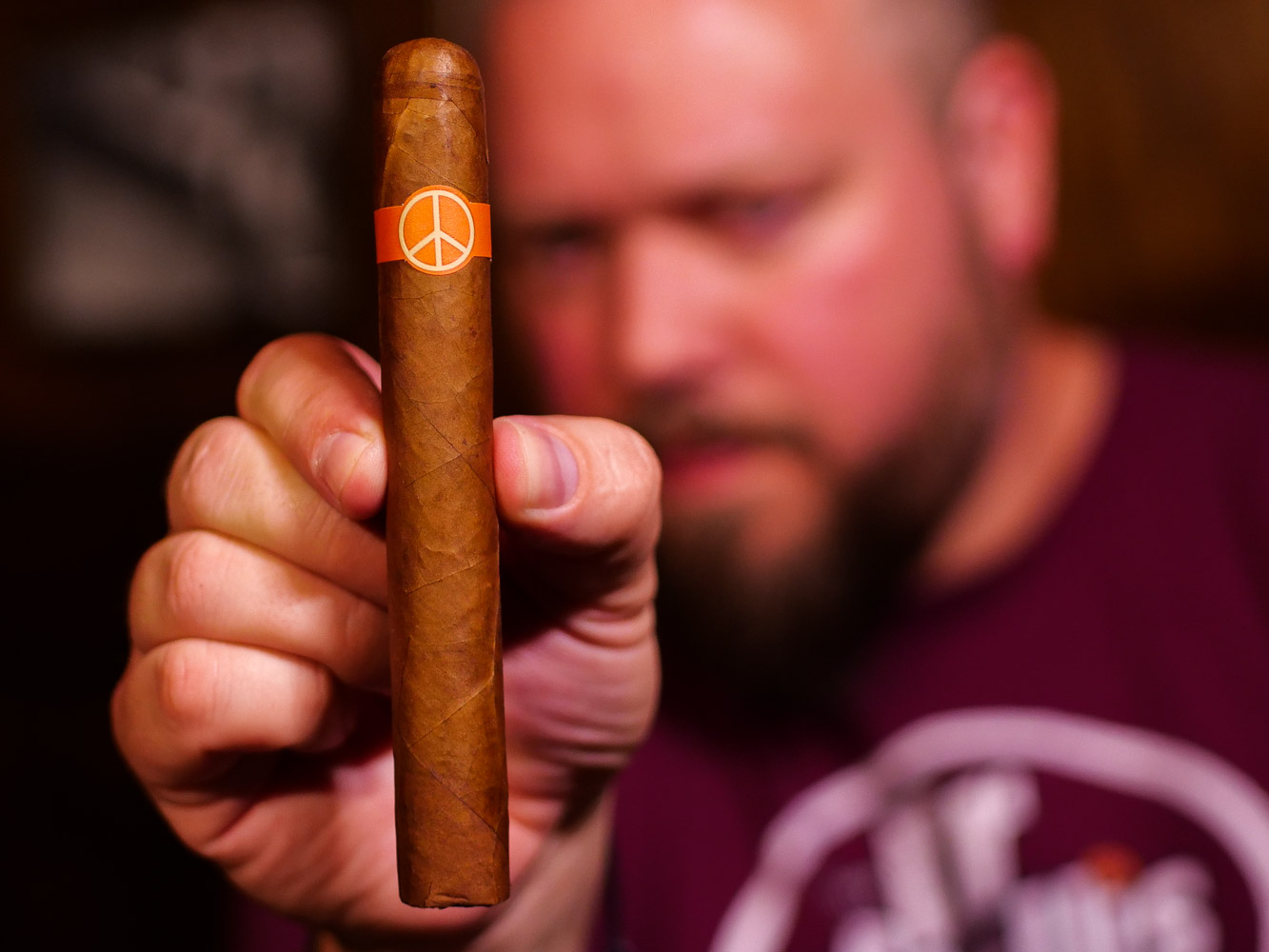 There’s barnyard and a slight mint aroma when sniffing the foot of the OneOff Canonazo, while the wrapper gives off the sweet heavenly scent of homemade brownies. That’s a new one! The medium brown wrapper has just the right amount of give to it when squeezed between two fingers. Upon cutting the cap, the cold draw reveals that same minty sensation.

Once the foot is nicely torched, heavy pepper weighs on your nose immediately and it’s so prominent that it’s difficult to pick up much of anything initially on the draw. Once the ashline reaches the inch mark, notes of leather and cedar begin to reveal themselves. The OneOff Canonazo is an airy, delicate smoke and when that spice settles down on the retrohale the cigar becomes more creamy and the flavor nuances are easier to discern.

At the beginning of the second third, the burn line began to get a little wonky but a quick touch-up with the lighter corrected it and it never occurred again. Construction otherwise is good, with an open draw and strong clunky dark grey ash. The leather note strengthens at the midway point, bullying the woodsy element down to a whisper. And remember the mint from the cold draw? Well it suddenly struts in to the party and, while it doesn’t stay nearly long enough, I appreciated it.

The final third plays out much like the second, bold leather with the nice addition of a Nicaraguan earthy mineral note. Truth be told, I did not look up the origins of the Canonazo’s tobacco prior to smoking but the second that mineral component showed up there was no mistaking where it hails from. The overall strength increases throughout the final act right up until the last puff.

I enjoyed the OneOff Canonazo. I’m curious to see what differs in the smoking experience when lighting up one of the smaller sizes as I have a hunch the flavors and the transitions amongst them would play out even better in a shorter vitola. Having only smoked the Epernay and the tasty little maduro Rothchildes prior to tonight, spending a few hours with the OneOff has me itching to track down some more Illusione offerings in the near future. 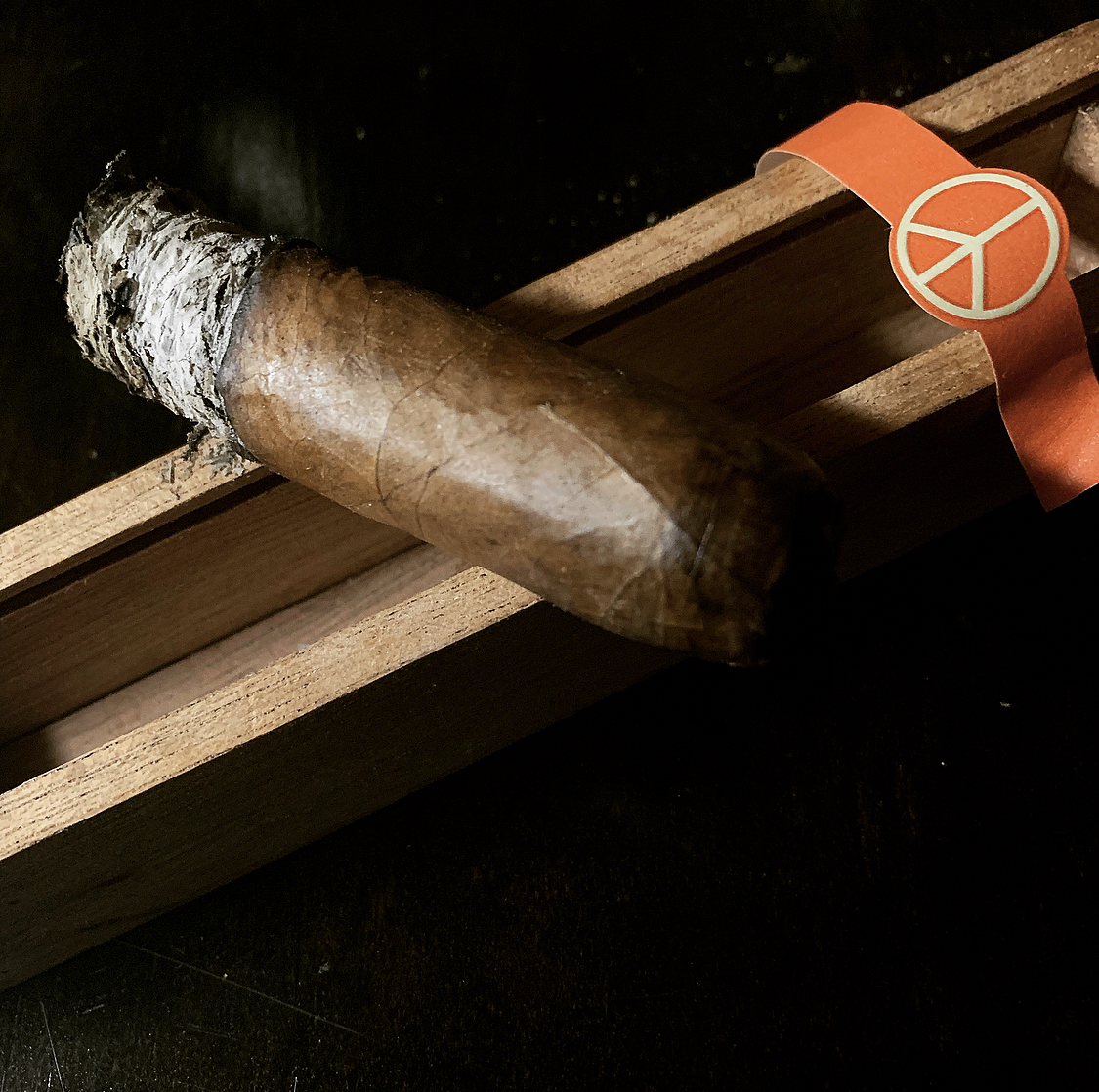