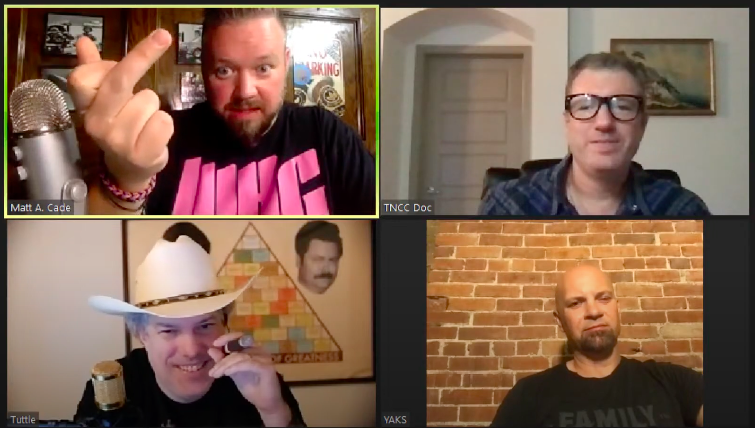 Am I shooting the bird to Tut? Or maybe Yak Boy? Possibly The Doctor? Well we sure as shit know I aint flipping off CHUCK NORRIS!!!

The fear of spiders is known as arachnophobia, the fear of tight spaces is claustrophobia, and the fear of Chuck Norris is, well, just common sense. There are many undeniable truths in the world, folks, and ultimately the one clear truth is that Chuck Norris is an American treasure, a cinematic icon, and I can’t believe it’s taken us five years to do a Chuck Norris film on the podcast. How is that possible? 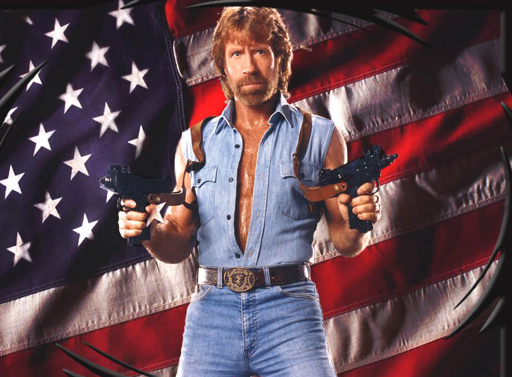 Did y’all know that when he was born, Chuck Norris drove his mom home from the hospital? You can’t make that shit up!

Needless to say, I’m excited as hell for tonights show and y’all better be too or I’ll send ol’ Chuck over to your house and he’ll kick you so hard your blood will bleed. But seriously: Chuck Norris + a fine premium cigar + tasty adult beverages = A Good Fucking Time. So here’s another highly entertaining episode of The Tuesday Night Cigar Club to keep you smiling and laughing when there’s not a hell of a lot to smile or laugh about these days. We hope you have just as much fun listening and watching to tonight’s show as we did cooking it up for you. So click the links below and JOIN THE PARTY!!!!! 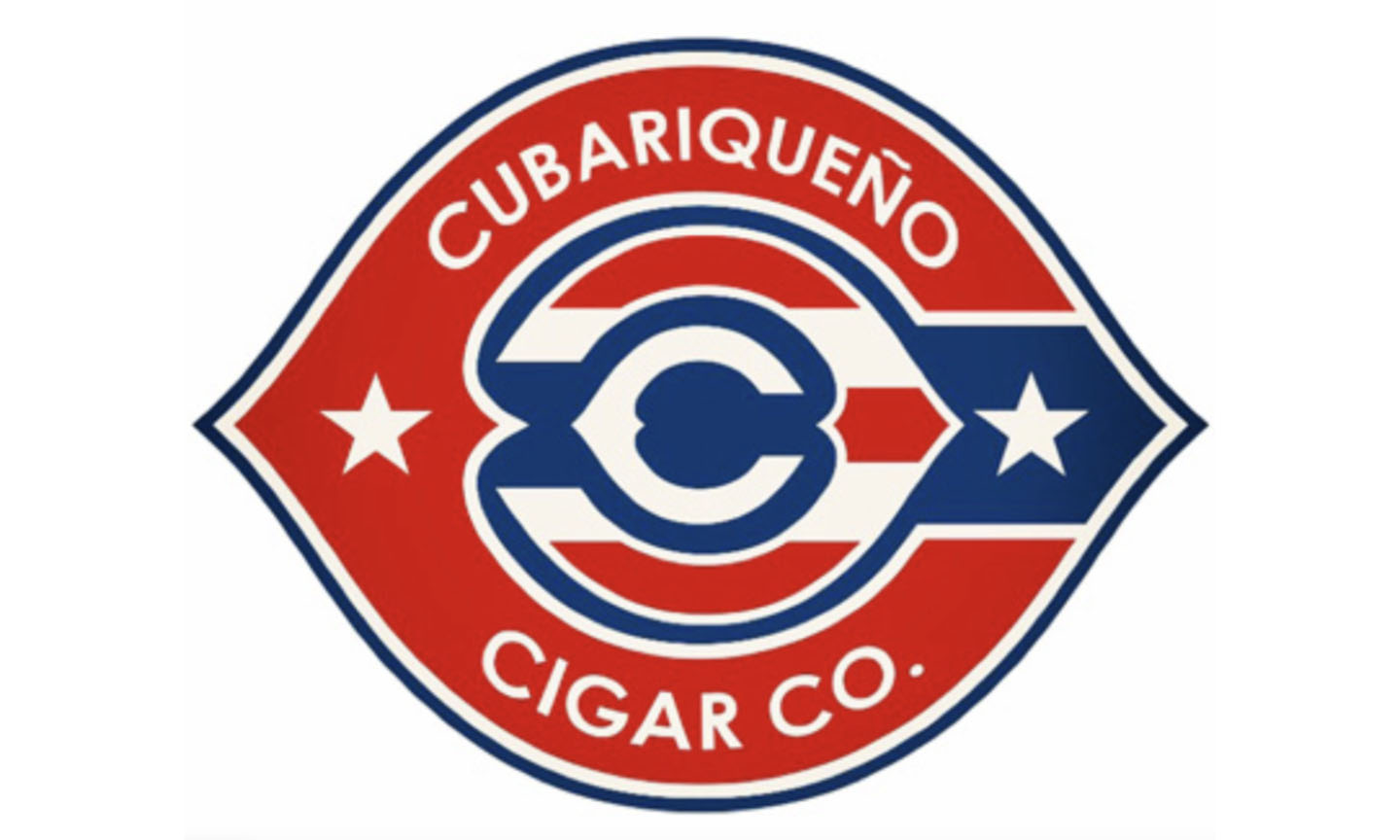 Size: 5 x 52 (robusto)
Wrapper: Ecuador Connecticut
Binder: Nicaragaua
Filler: Nicaragua
Price: $9.69 (while these were provided to us by the manufacturer for review, you can find them on sale right now at FamousSmokeShop.com and by using promo code TNCC20 at checkout you can knock that price down even further, you’re welcome!) 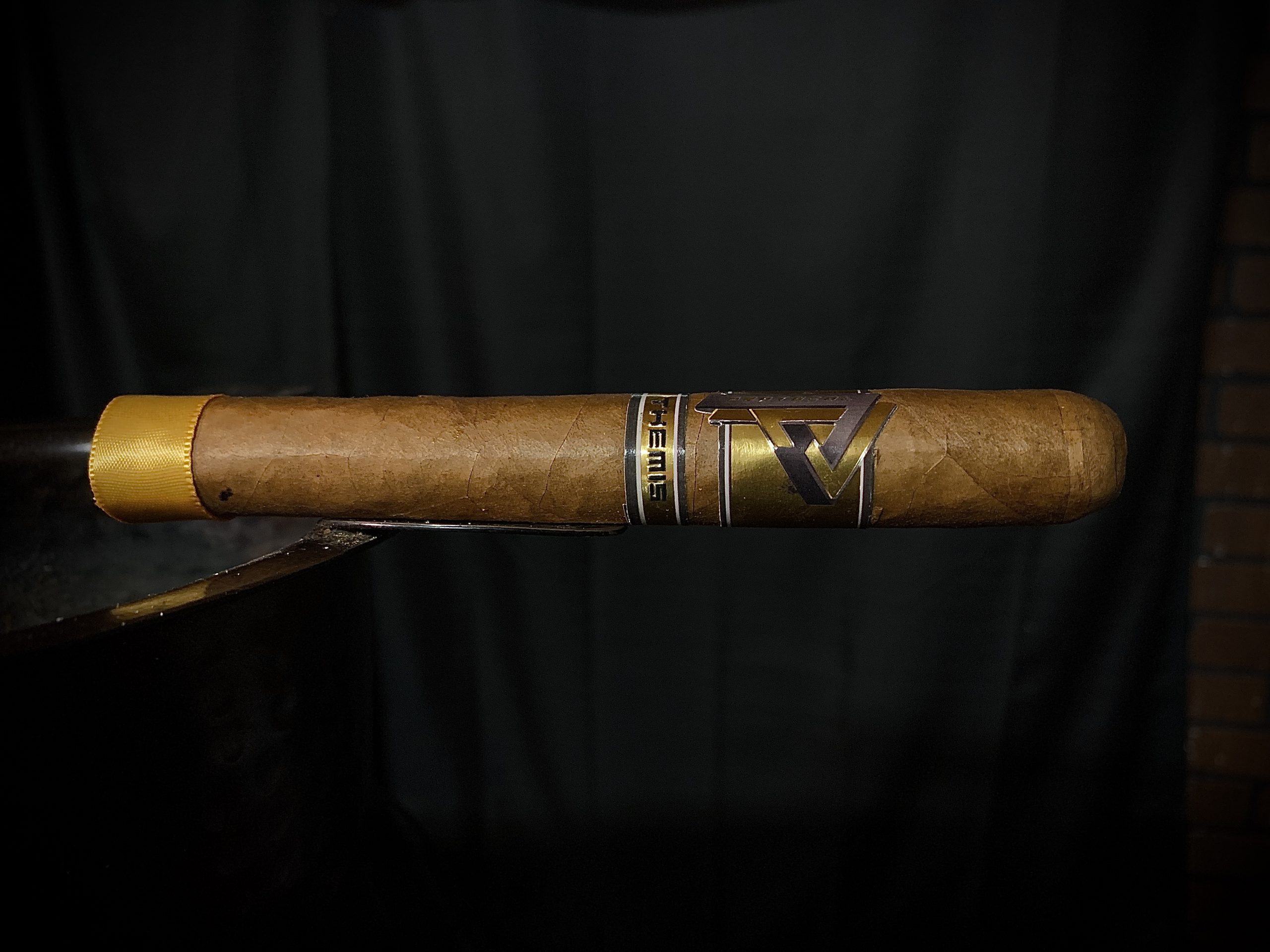 From our friends over at Famous Smoke Shop I learned this about tonight’s cigar:
Protocol Themis cigars get their inspiration from the Greek goddess of divine law and order; you know, the Lady of Justice holding the scales seen in every courthouse. That image not only ties-in to the Cubariqueño Cigar Company’s police officer back story, it’s also a clue for how well-balanced these cigars taste.

Hey now, we’re doing a movie tonight about a police officer! See how that shit works? 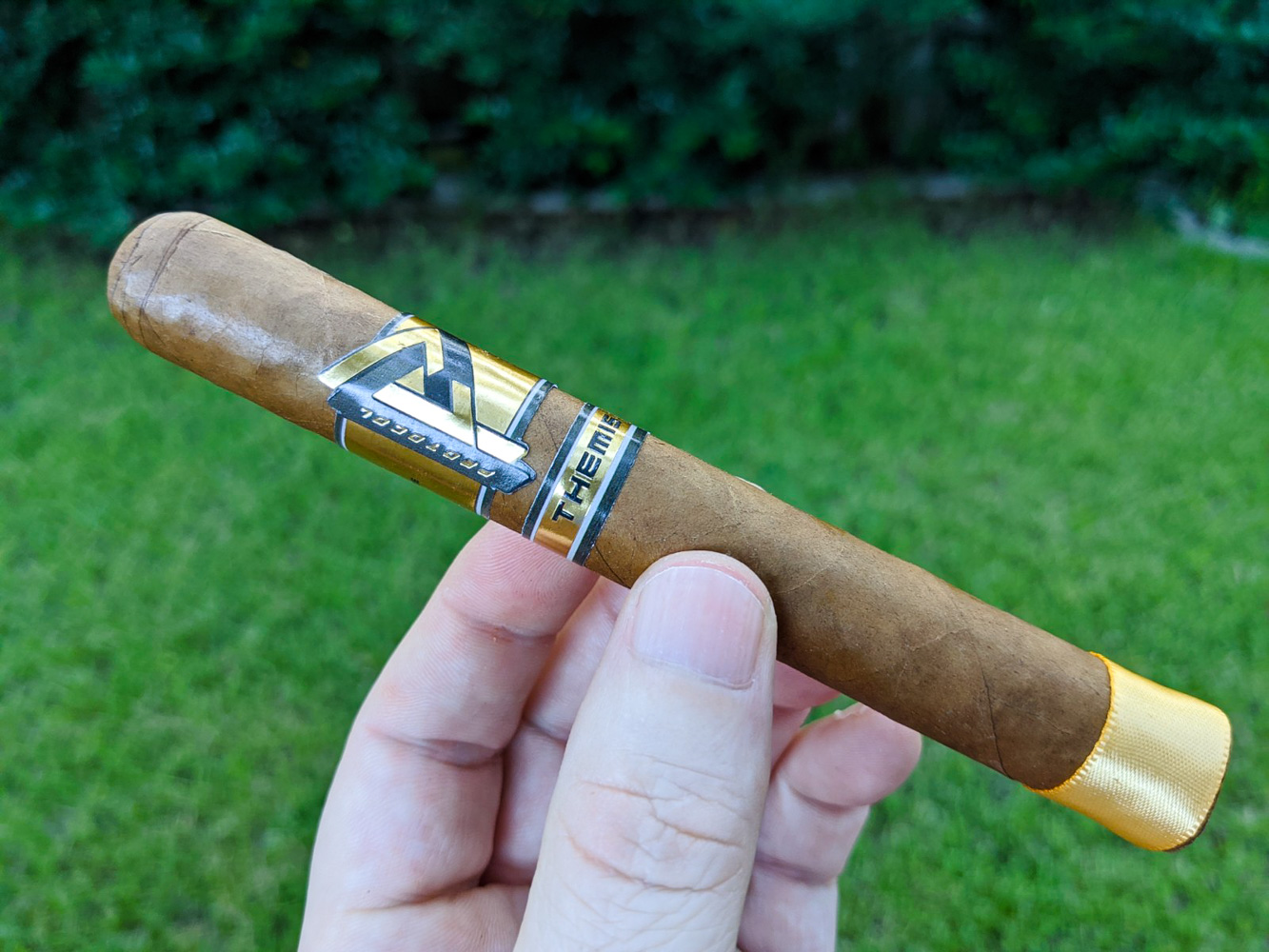 The light golden brown wrapper of the Protocol Themis is quite attractive visually. The cigar features a nice cold draw that features both a grassiness and a natural sweetness equally. Upon torching the foot, there’s a soft spice through the nose with cedar and mild leather on the draw. Most interesting, however, is the citrusy note on the back end of the draw which we all agreed in that it reminded us of orange zest. 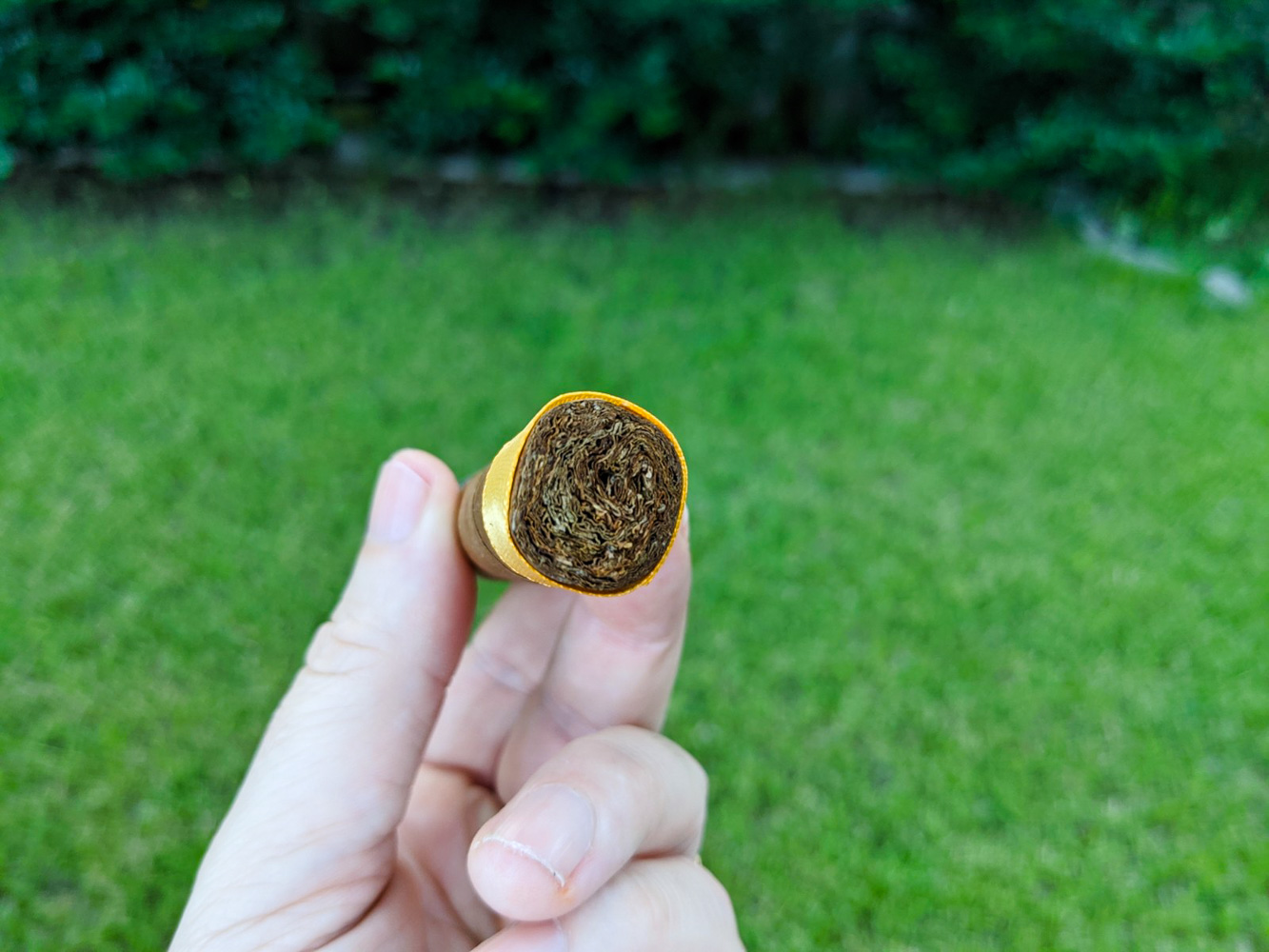 As the smoking experience continues, the leather begins to dominate the cedar BUT the uniqueness of that orange flavor is the star of the show. Leather and orange apparently work well together in a cigar, who would’ve thunk it? Construction-wise, Tut experiences a tight draw early on that eventually eased up and I had my cigar burn a bit too hot too quickly in the beginning of the final third but otherwise she smoked fine. And that orange note was not influenced by my citrusy beer (although it may have enhanced it some) because Mr. Oatmeal Stout experienced the orange sensation as well. And, no surprise here, we all agreed that this would make for a perfect wake-up, early morning, breakfast cigar. It’s a highly enjoyable stogie that’s chock full of Vitamin C and we all enjoyed it! 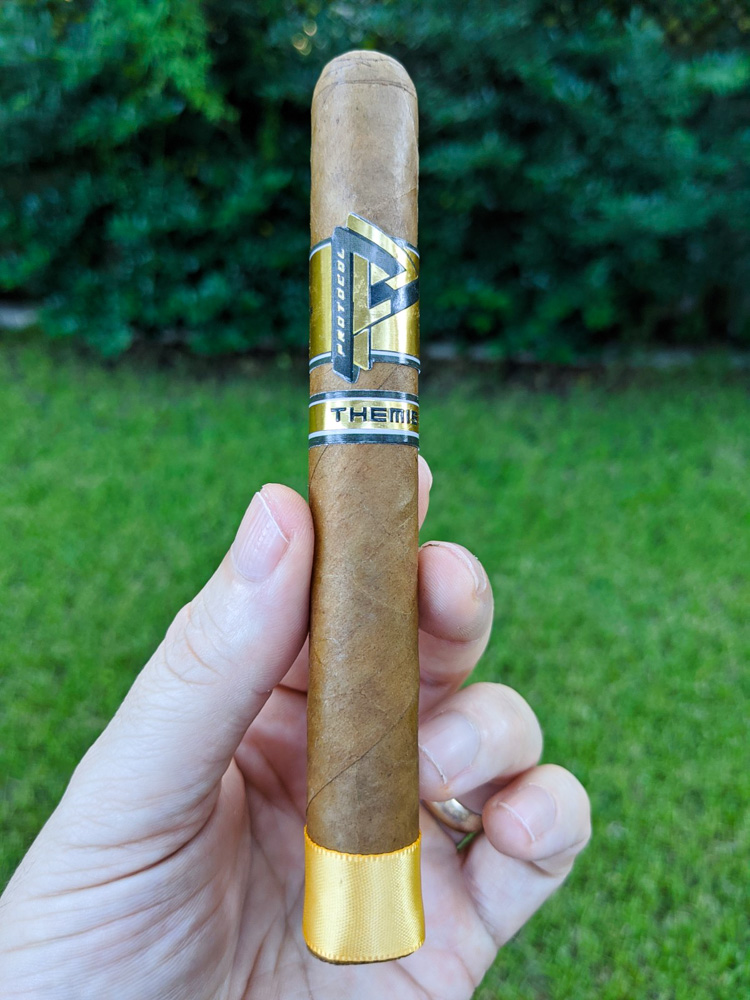 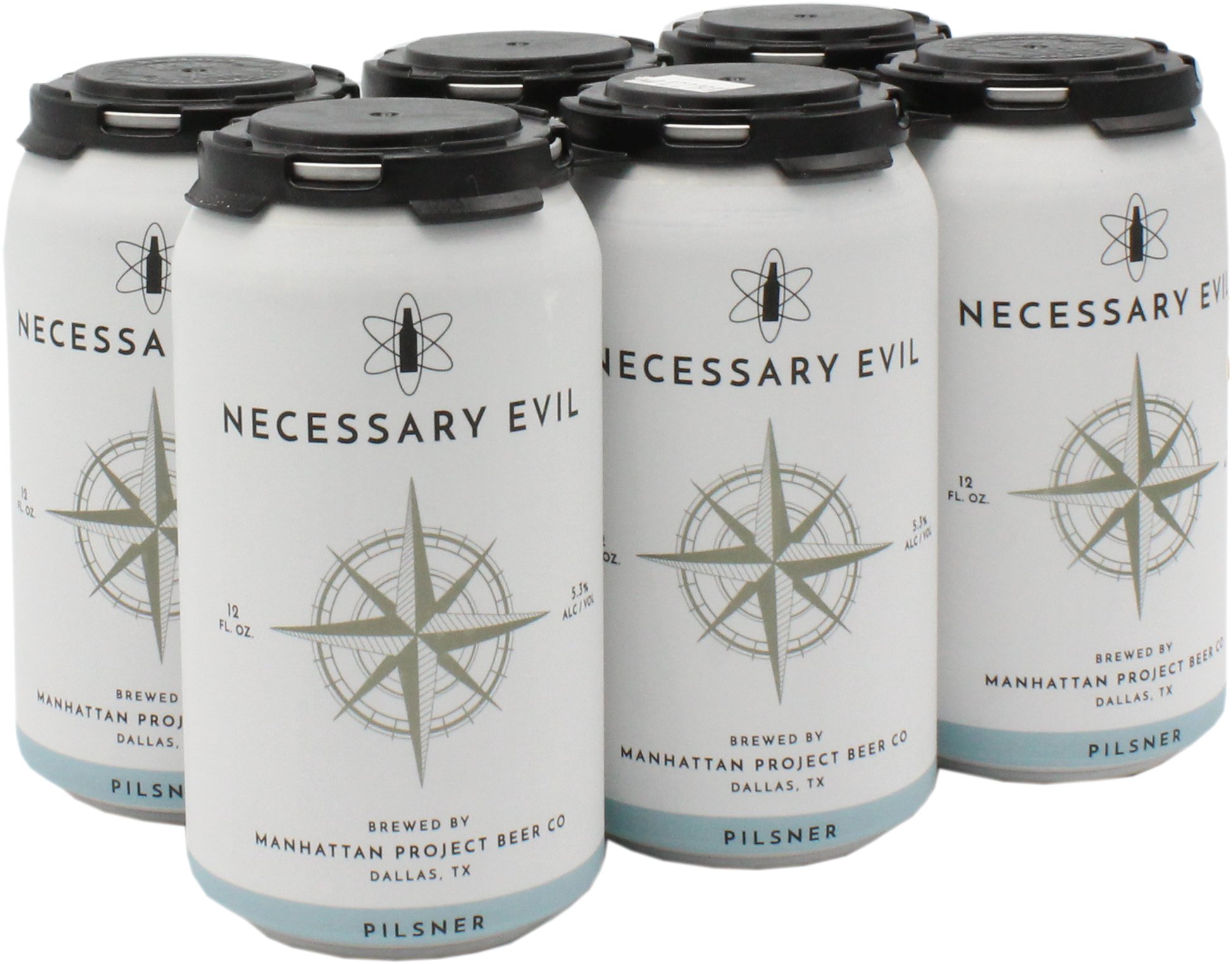 Hey now, we have an evil character in tonight’s film! And this beer was brewed in Dallas where tonight’s film was shot! AND this is the week of the Republican National Convention! Well done Doctor, well done you beautiful pairing expert you. Dry, floral, smooth, and delicious. That was The Doc’s official diagnosis as this has become one of his favorite Texas breweries over the last few months. 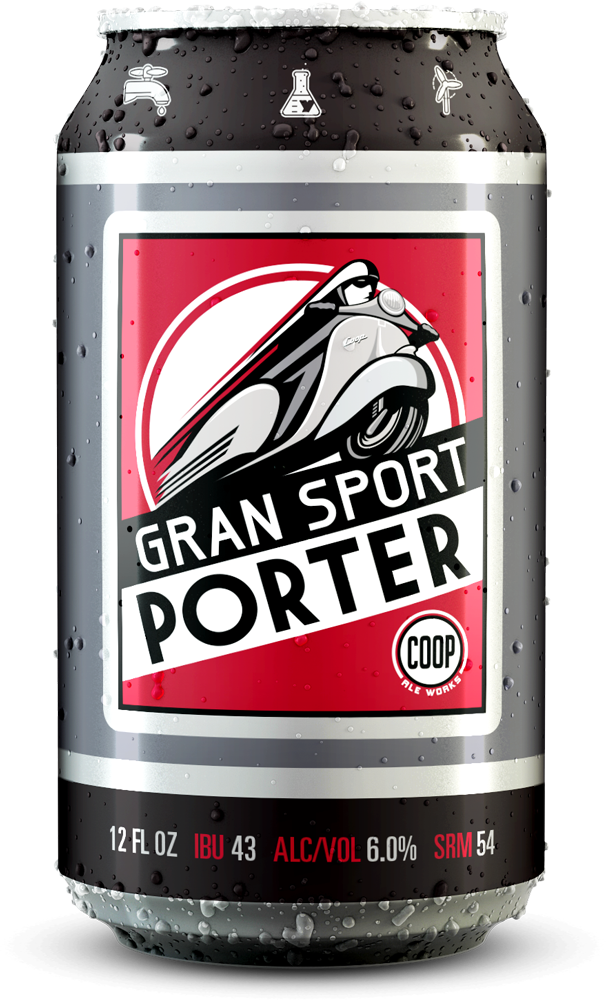 Hey now, Chuck Norris is from Oklahoma just like this beer! Nice. At 6% ABV and minimal IBUs, this beer features roasted nuts and chocolate and it paired very well with tonight’s cigar. 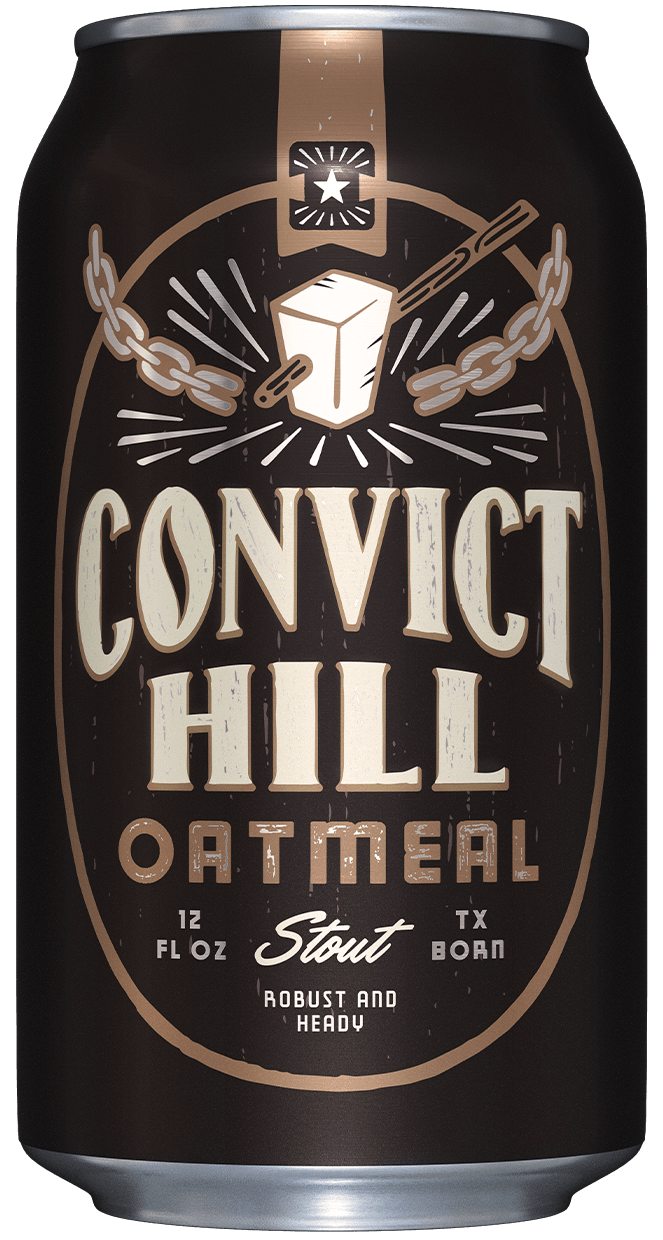 Tut put on his cowboy hat and said “This beer is Texas Born just like Walker Texas Ranger”… I guess that works but it’s kinda weak sauce pairing wise. Am I right? Tut got lots of chocolate from this heavy beer but he was surprised how refreshing it was despite it being a stout drank in 100+ degree weather. He took a bold risk and it paid off for once…

At 8.5% ABV (I beat Tut by .5%) this was certainly the most ballsy beer of the night. You know what else is ballsy? Chuck Norris’s balls, that’s what. And, a character from our film tonight keeps coming back from the DEAD so my reputation as a world renown pairing expert is secure for another two weeks. I’ve become somewhat saddened by the huge influx of hazy IPAs on the market as I’m traditionally not a fan but this puppy sang to me. I really liked the citrusy aroma of papaya, cantaloupe, and orange and the high IBUs really helped its cause. Just be sure to drink it ice cold, trust me on that folks. 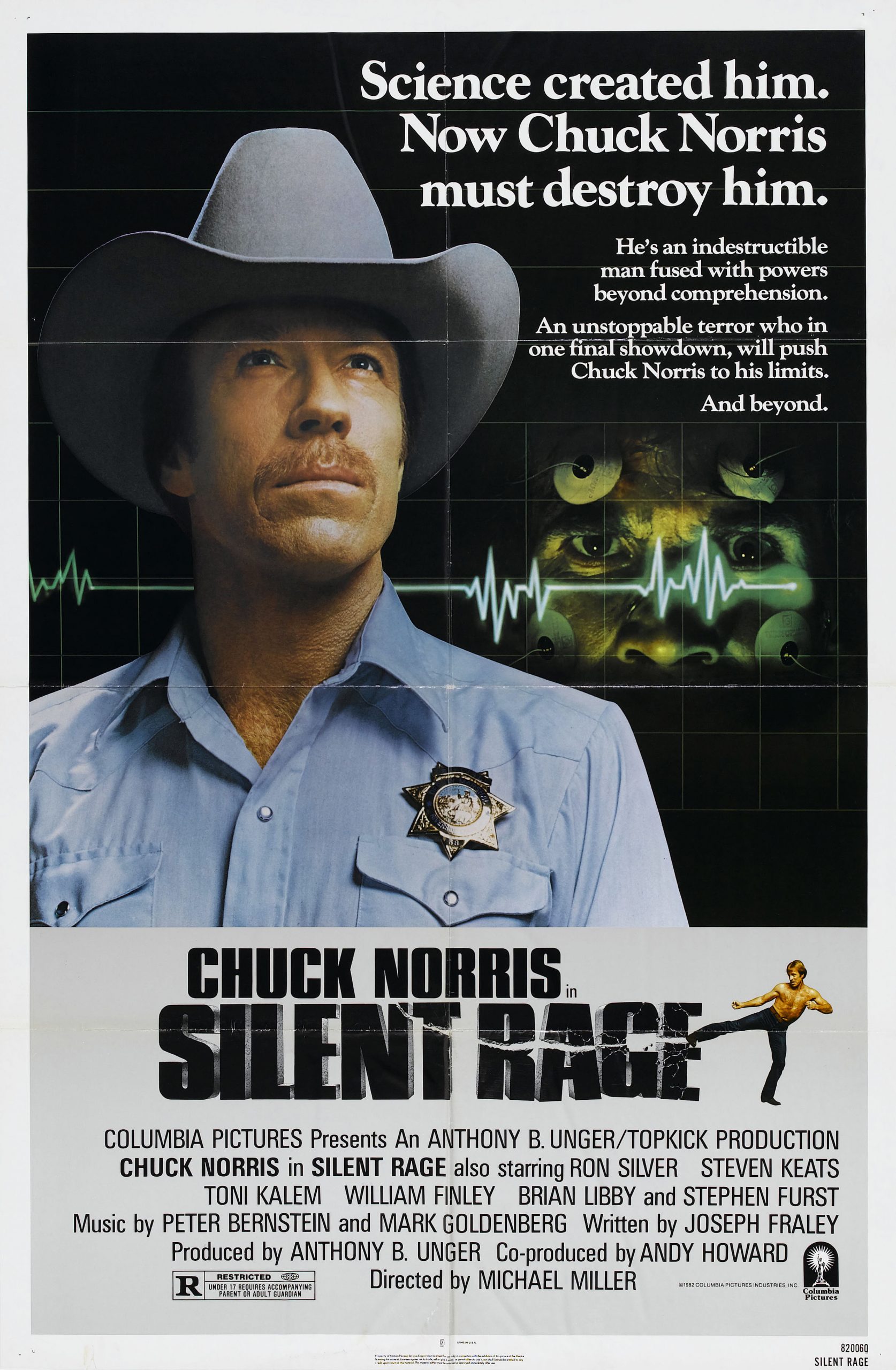 This film literally has it all! Action, science fiction, horror. If you threw The Terminator, John Carpenter’s Halloween, a bunch of topless biker chicks, and Chuck Fucking Norris in a blender and poured it into a glass – that’s Silent Rage. And his crime-fighting partner is Gonzer from the classic party flick Up the Creek! 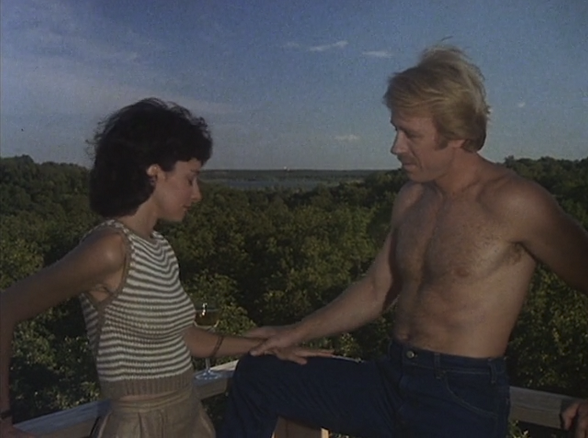 And fear not, ladies, there’s plenty of steamy romance as well!

If any movie EVER deserved a sequel that it never got THIS IS IT! I’m actually physically angry that nobody ever made a followup to Silent Rage, you’ve got a great monster… a classic hero… why… WHY DAMMIT??? We had so much fun with this one that I’m sure it’s only a matter of time until we tackle my other favorite Norris film Invasion USA. Russians successfully infiltrating the United States, now that’s a fuckin crazy concept that could never really happen! Right? 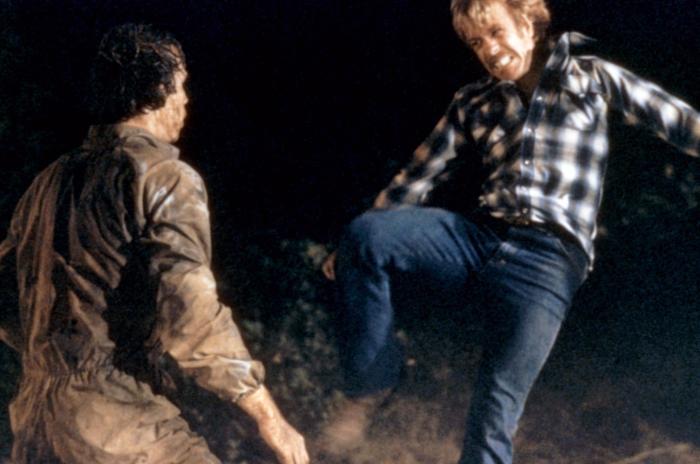 Here’s what Chuck thinks of my subtle political humor. He doesn’t like it. 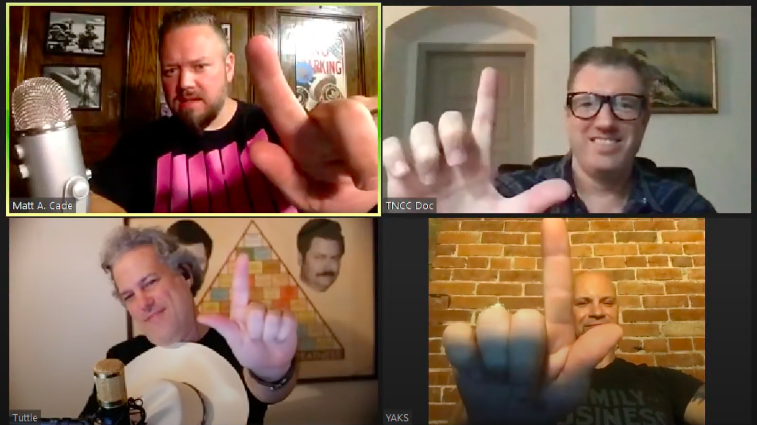