We start off tonight's episode discussing Tut's love of the "Acro-cats" a live musical experience featuring a tambourine playing rooster named Cluck Norris ("He'll peck your face ten times before your body hits the floor!") and the show only gets better from there. 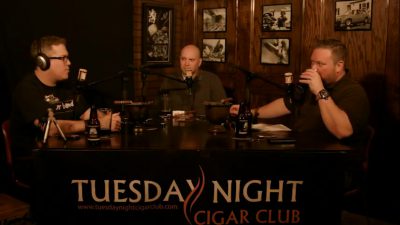 We start off tonight’s episode discussing Tut’s love of the “Acro-cats” a live musical experience featuring a tambourine playing rooster named Cluck Norris (“He’ll peck your face ten times before your body hits the floor!”) and the show only gets better from there. How can it possibly get better than that riveting conversation, you may ask? Well click PLAY below or head over to iTunes and find out for yourself! 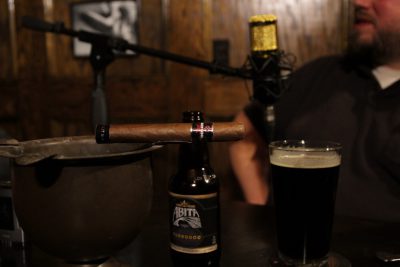 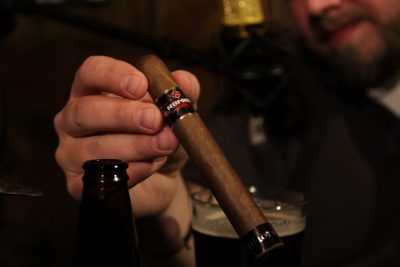 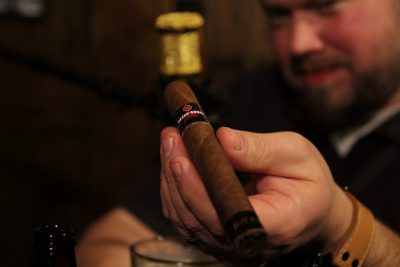 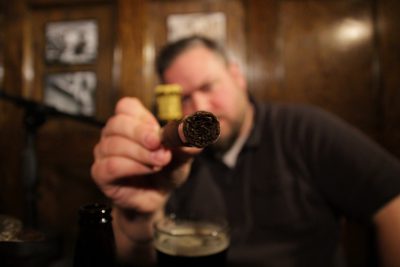 This 6×50 toro, manufactured at Tabacalera Fernandez, features a rustic Ecuadorian Habano wrapper with a Nicaraguan binder and fillers. It’s a nice looking cigar and aesthetically it’s very different from the Nomad Connecticut Fuerte we reviewed way back on Episode 6. The primarily red Nomad band found on the Fuerte has now been replaced with a mainly black band that looks sleek as does the secondary band around the foot of the cigar. We all enjoyed the Connecticut Fuerte quite a bit so expectations are high going into this one. The pre-draw sniff reveals a strong classic barnyard aroma that I’m a big fan of. I actually refer to it on the show, quite ignorantly I was told, as “a pleasant manure or horseshit smell” but the wise stately Cody corrected me to use the proper terms “hay” and “barnyard”. Life’s a journey folks, I’m still learning. However, if the good folks at Nomad Cigar Company would like to use that quote “featuring a pleasant manure or horseshit smell” in future advertising materials they’re certainly welcome to… 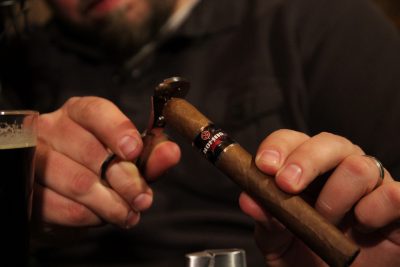 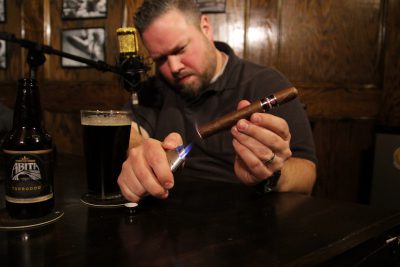 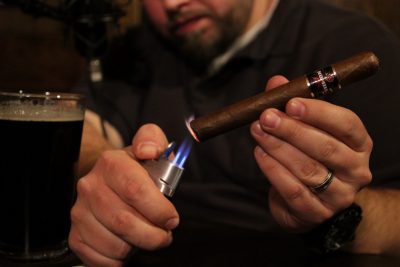 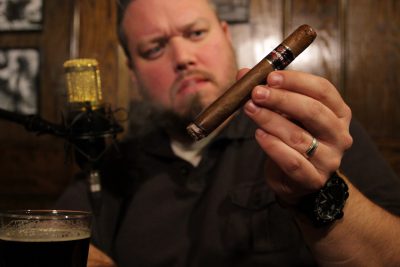 An initial explosion of spice is immediately followed by a creaminess that balances out the cigar nicely. While that creaminess was the prominent note for me in the first half, Cody focused in on a strong but nice cedar note. Tut was impressed with the smoke profile as beautiful light grey smoke just poured out of both ends of the Lot 8613 but that’s about all he was feeling at that point. He wasn’t sensing any of the creaminess or the cedar that we were experiencing… maybe his head was still swimming with memories of Cluck Norris doing spin kicks in his tiny little rooster action jeans? 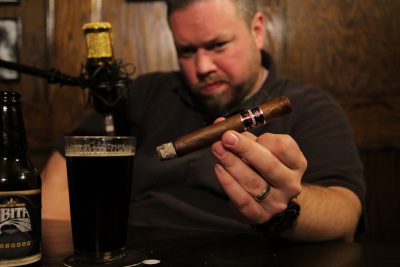 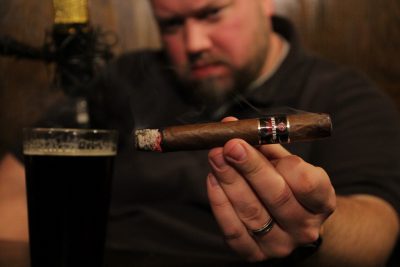 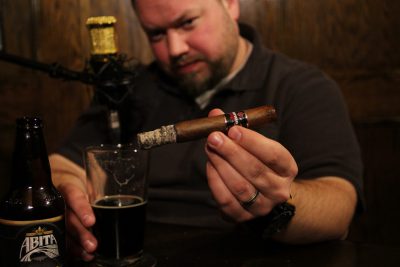 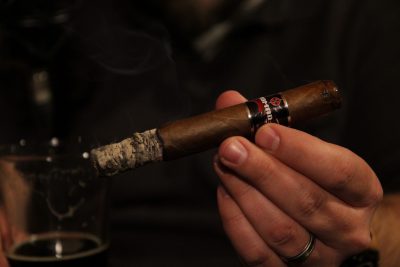 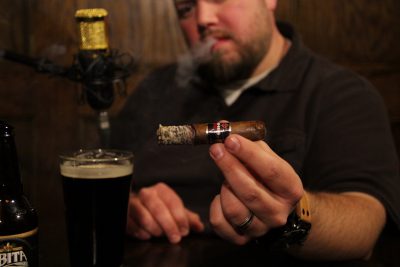 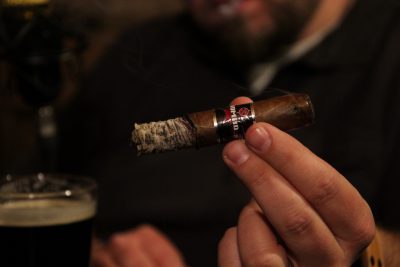 By the time we dropped the Lot 8613 down in to our stinky ashtrays, Cody and I both had recognized a bold resurgence of spice in the final third that played nicely with the continuing cream and cedar flavors while Tut remained mostly unimpressed with the cigar. I personally like it when we debate a cigar on the show and I’m surprised that it doesn’t happen more often. Having said that, Cody and I were obviously correct in our assessment this time around as Tut couldn’t pick up any flavors in the very flavorful beer we were pairing with this cigar either… 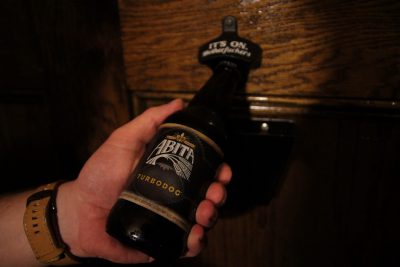 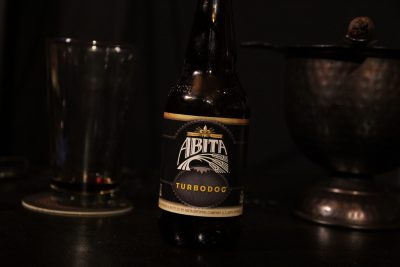 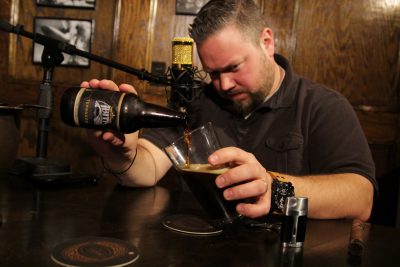 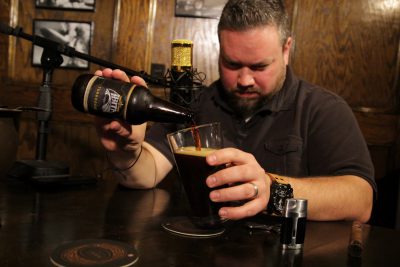 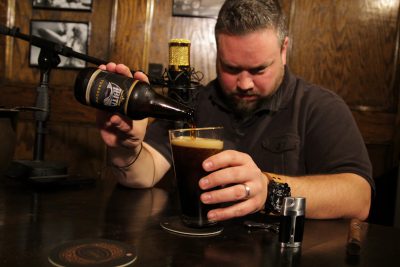 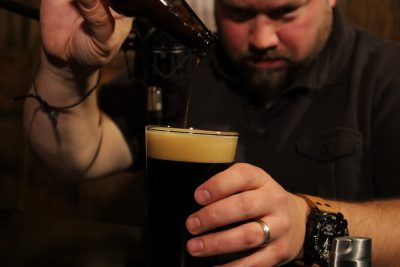 From our neighbors to the East, tonight we’re drinking Louisiana’s own Turbodog brown ale from Abita Brewing Company. Chocolate and caramel malts are used in conjunction with the typical British malts to catapult this sucker smack dab in the middle of flavor country. There’s very low bitterness to the ale but it has a noticeable finish on the back end that compliments the medium-bodied Nomad cigar nicely. Again – Tut tasted none of the chocolate, none of the caramel (the caramel that Cody and I were blown away by, it’s delicious), he tasted nothing essentially. Cade & Cody – 2, Tut – 0. 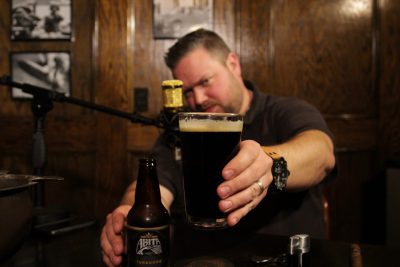 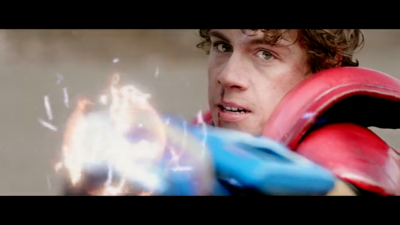 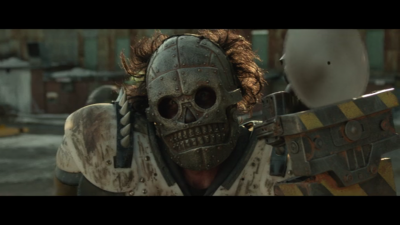 This movie fills a void. It’s not mocking anything, it’s not a spoof, it is a true love letter to the VHS films we grew up watching over and over and over again. It’s essentially a new entry into the stable of films that the TNCC and other like-minded refined cinephiles will watch and rewatch many times over to a point of unhealthy obsession. I mention what Turbo Kid specifically isn’t because it would be very easy for the filmmakers to approach this project with an ironic hipster attitude but thankfully their hearts were very much in the right place. Although I suspect some guy in a Legend of Zelda sweatshirt and skinny jeans is sitting in a trendy bagel shop right now raving about this movie as well… and that’s OK, I suppose. There’s something for everybody here. Fans of guts and gore will be thrilled (think early Peter Jackson), there’s laughs galore, and there’s a real heart to this film that I never expected to be so charmed by. 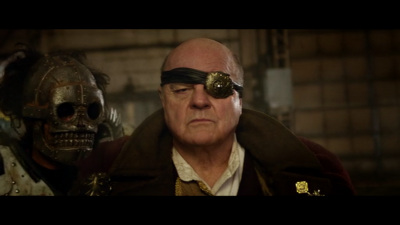 Oh, and there’s this actor in it you may have heard named MICHAEL FUCKING IRONSIDE!!! Way before Total Recall and Starship Troopers, I spent a large chunk of my childhood obsessing over the television show V. And while the other kids in the neighborhood always fought over who could play the pretty boy resistance leader Mike Donovan, I never had any competition when it came to my desire to play the role of Ironside’s grumpy soldier-of-fortune Ham Tyler. There simply is no bigger fan of this iconic performer than me and I was in heaven watching him get to play in the actor’s sandbox again with a role worthy of his unique presence. The filmmakers and producers behind this movie really get it and I think they should read my “Angel Dust” screenplay and team up with the Tuesday Night Cigar Club to do something else very special in the genre. Seriously folks, listen to the podcast and then give me a call. When I saw the character dressed up as the missing “Fourth Storm” from Big Trouble In Little China, I knew instantly that we were destined to collaborate with one another. 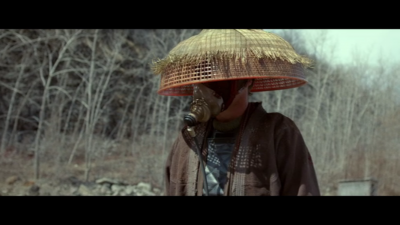 Shameless plug aside, if you like having a fun time for 90 minutes get your ass in front of a large screen (not your goddamn phone) and bask in the awesome glory that is Turbo Kid. 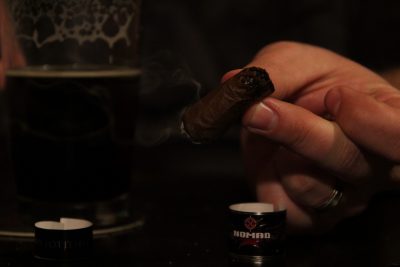 Well, we didn’t see eye-to-eye on tonight’s cigar or beverage but we sure as hell all agreed that the film was a winner. And sometimes 1 out of 3 is good enough to make for a great night. It’s a fun show, it’s a funny show, and I think we do our job of dissecting all of this episode’s subjects in an entertaining fashion better than any other entity you’re going to find on the interwebs. So don’t bother looking around, everything you need is right here baby. Just press PLAY below and see for yourself.