I thought about muttering a catchy one-liner in my best Arnold voice as I hover the cigar over the ashtray "Prepare to kiss your ash goodbye" but I chicken out at the last second... my dog already thinks I'm strange enough. 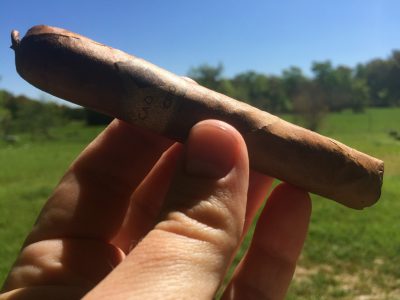 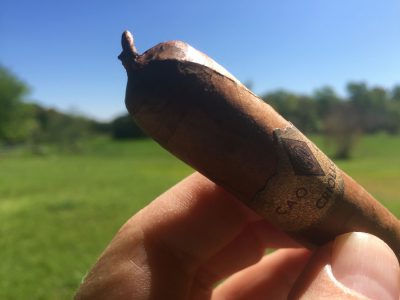 This is the first cigar smoked on my back patio in a very long time. Too damn long. It’s been unseasonably chilly here in Central Texas lately so I’m pumped to light up and blow some smoke into the amazing spring air.

It’s a good looking cigar with a understated rustic band that blends very aesthetically with the light brown wrapper. I twist off the cap but the opening isn’t quite large enough to produce a satisfactory draw so I trim a little bit more with my scissors. 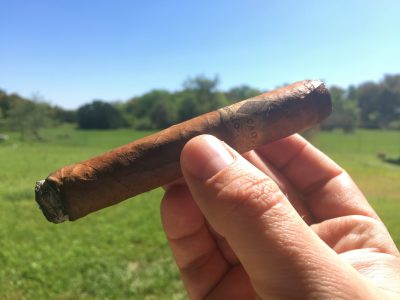 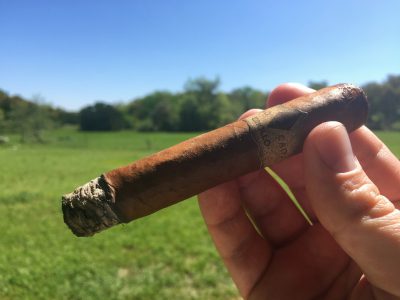 There’s a truly “nice spice” upon ignition, reminiscent of black pepper, but it’s not overpowering in the slightest. Coffee notes and a dry almond taste follow the spice. The cigar is on the mild side of medium so far. An attractive layered ash develops that holds on mightily throughout the first third.

A nice cream note emerges as the smoke profile increases dramatically. The almond and spice are mostly gone now but the roasted coffee note is still present and this introduction of creaminess really compliments it. Duh, how could coffee and cream be a bad thing? 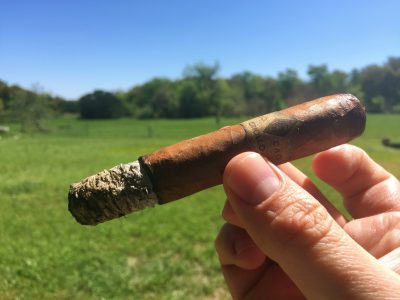 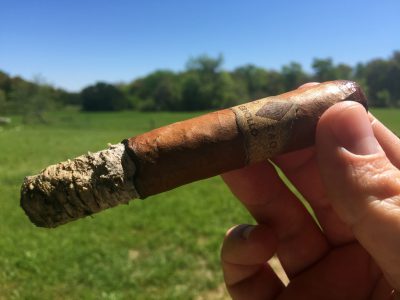 The ash is still holding on like a champ but the cigar is starting to fade out on me so I’m forced to dump the ash to facilitate a relight. I thought about muttering a catchy one-liner in my best Arnold voice as I hover the cigar over the ashtray “Prepare to kiss your ash goodbye” but I chicken out at the last second… my dog already thinks I’m strange enough. 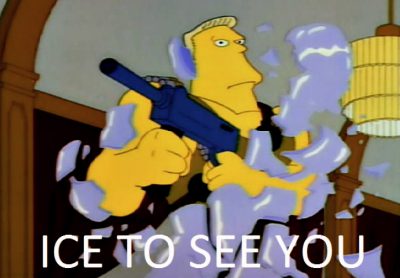 The pleasing coffee flavors continue through the second third with a little bit of that black pepper spice re-entering through the retrohale. 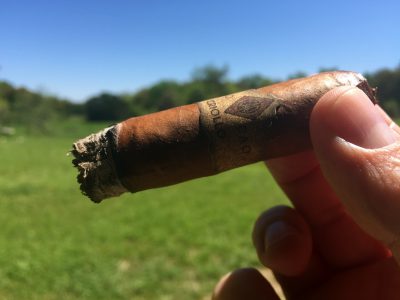 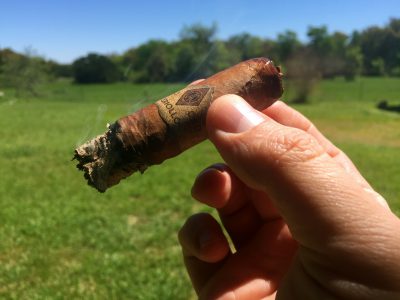 The ash has started to become a little unreliable ever since the relight and flavor-wise the creaminess has become significantly muted. 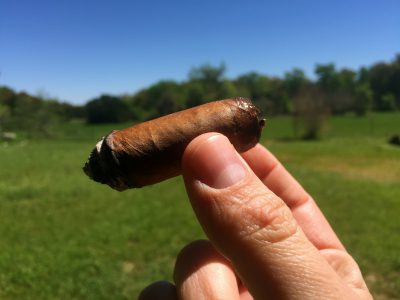 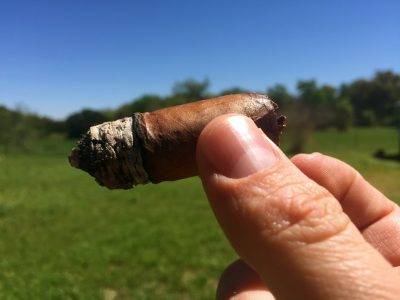 In fact, all the flavors that I’ve been enjoying up to this point seem to slowly start fading away. The coffee is gone and the spice is now nowhere to be found. There is a generic woodsiness present and I’m getting a VERY faint sweetness on the back end but that’s about it until I walk away from the cigar with about an inch of life left in it. 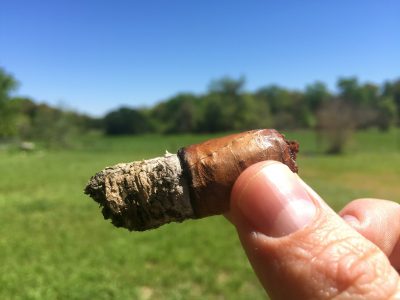 Although the cigar fizzled out in the flavor department during the final stretch, the first two thirds were enjoyable enough that I will certainly revisit the CAO Criollo down the road if the opportunity presents itself. At this low price point (under $5 a stick on Famous Smoke Shop’s website) there’s plenty to like here.