I truly believe we created something very unique back in that steaming hot Central Texas summer of 2005... 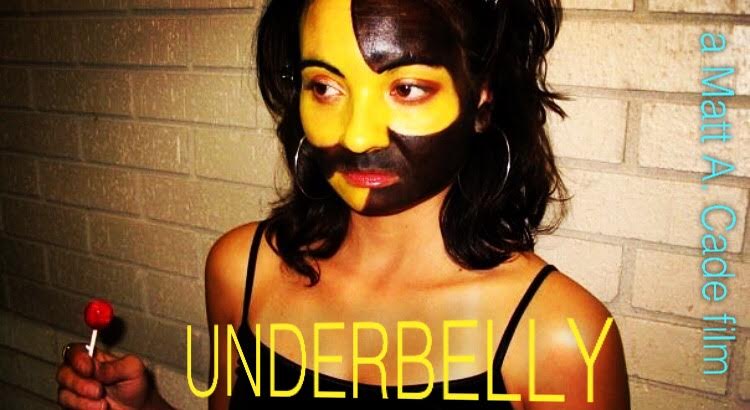 So… here’s a feature film I made a little over ten years ago. Assembling a bare bones production crew and a mostly inexperienced cast to make a movie in 11 days could have easily been a recipe for disaster. And if you listen to a number of film critics, the end result was indeed just that. But after rewatching Underbelly recently for the first time in many many years, with a somewhat fresh pair of tired eyes, I truly believe we created something very unique back in that steaming hot Central Texas summer of 2005. 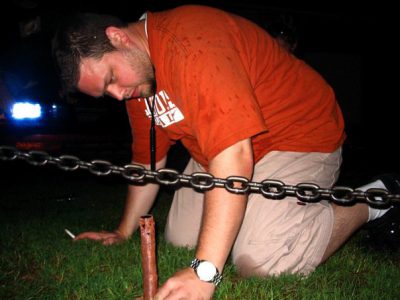 Two of the Underbelly elements that I’m most proud of occurred over the next two years of post production, long after principal photography was complete. The editing style utilized in this film is so far from the norm that it can be visually and mentally jarring upon first viewing. My amazingly talented editor Dustin Younse and I approached each scene, each and every tiny transition, with the intent to induce a specific emotional response in an atypical yet (hopefully) subtle way. I know, I know, that sounds like a hot load of pretentious bullshit but it’s true. I wanted the film to have the feel and flow of a wildly diverse 90 minute musical composition and visually I think our successes far exceeded our failures on that front. And speaking of music, Underbelly would have been DOA without the contribution of Mr. Fritz Beer. Collaborating with Fritz on the film’s sound design and original music is by far the personal highlight of my uneven and admittedly wonky filmmaking career. Fritz’s music is not just a character in the film, it’s a MAJOR fucking character in the film! His ability to understand what I wanted the music to achieve in a scene and then deliver to me something that not only completely filled that role but, at the same time, was unlike anything I had expected or ever heard before… it was a powerful drug-like rush every time a new audio file from Fritz showed up in my email inbox. One of the biggest reasons I hope to step behind the camera for a feature film one more time is to continue this relationship with FB. Love Underbelly or hate it, there is no in-between, you simply can’t shit on the soundtrack (and you absolutely can download it now at www.fritzbeermusic.com). 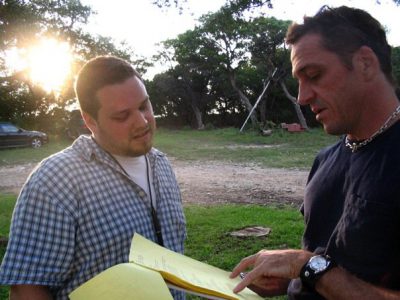 Matt A. Cade and Fritz Beer on location of “Underbelly”

Do I regret shooting the film in 24p miniDV at a time when almost all projects big and small were shifting gears to High Definition – No. Despite many festivals and distributors looking down their noses at the miniDV format at the time, Underbelly has the visual aesthetic that’s right for it. It’s not a crisp HD story, it’s a lo-fi throwback to the look and feel of genre classics that inspired it such as Last House On The Left and Last House On Dead End Street. As artists we must make correct artistic decisions above all other considerations, it’s the only way to guarantee a project will have any real worth in the end. And, yes, I did briefly consider calling the movie Last House On The Road Side Of Town at one point but changing the title to Underbelly was one artistic decision I got right. Thank you for the free advice John Pierson! 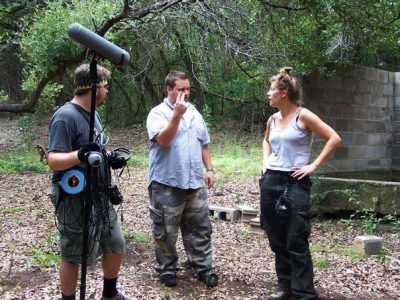 Do I regret agreeing to certain editing decisions and cuts that you’re seeing in this version of Underbelly? Yes. As a director I strongly implore you fellow filmmakers to stand your ground, don’t give in to pressure to make changes if you are not 100% convinced that they will make your film better. Ten years later those cuts will still stand out to you – still drive you absolutely fucking nuts – and they’ll still sting where as the people who insisted upon them will have long moved on and forgotten they ever existed. If shit goes south it’s your name on this baby and you better be ready to defend your film with one hundred percent conviction so stand your ground.

There’s a lot more I could say about Underbelly. There’s always a lot more to say with vast hindsight. We eventually secured a home video deal and promptly got our asses handed to us by a crooked distributor, some lifelong friendships were created while other friendships spectacularly imploded, yada yada yada… let’s just say that there’s one hell of a director’s commentary that will most likely never go down. But ultimately, over a decade later, I’m proud of this film and that means something. On every episode of The Tuesday Night Cigar Club podcast I always plead “Please don’t give us boring cigars and boring beers!” Well I’m happy to report that there’s nothing boring, nothing status quo, about this crazy little film. Enjoy the show motherfuckers.