This cigar isn’t headed to the promised land of Flavortown, USA - it has fully arrived and is in the final stages of buying a home and enrolling its kids in the highly regarded Flavortown Independent School District (FISD)...

Over the years, we here at The Tuesday Night Cigar Club have always spoken kindly of Guy Fieri. After all, the TNCC is far more Fieri than Bourdain and not just because we’re all still alive.

By all accounts the celebrity chef is a nice, charitable dude who hasn’t let fame go to his spiky blonde head. Earlier this year it was announced that Guy was collaborating with Espinosa Cigars on his own signature cigar and tonight we are smoking one of these new offerings, low and slow of course… 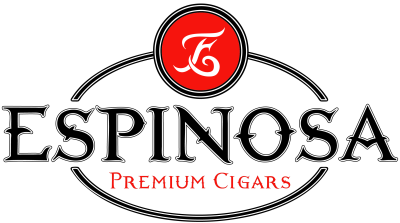 Size: 6 x 54 (toro)
Wrapper: Ecuadorian habano
Binder: Nicaragua
Filler: Nicaragua
Price: $13.50 (these cigars were submitted for review by our friends at Famous Smoke Shop, use promo code TNCC20 for $20 off your order of $100 or more!) 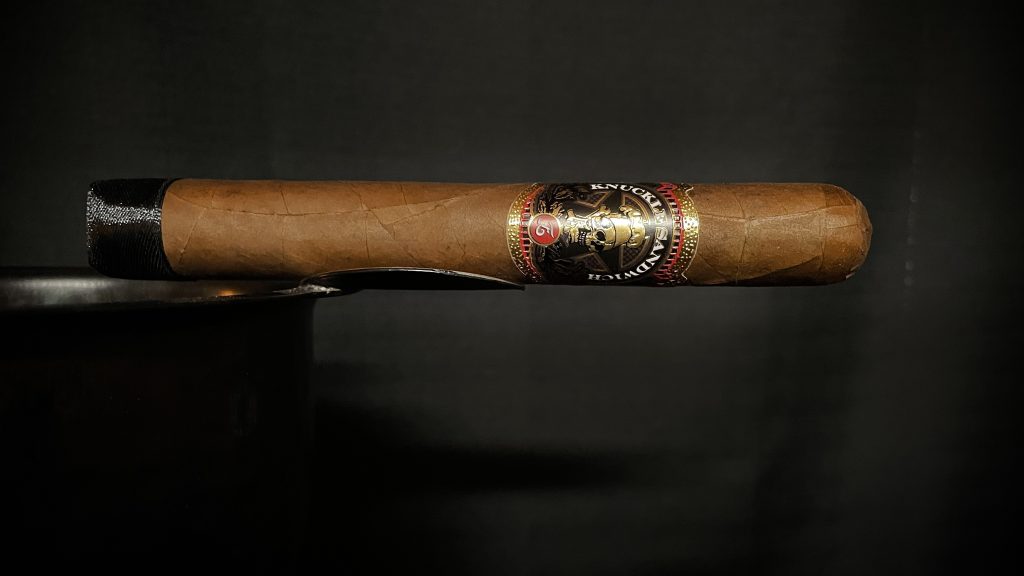 The Knuckle Sandwich Habano emits a faint aroma of “rodeo stuff” (hay, straw, a tinge of bullshit) when slid out of its cello and there’s some moss and a slight sweetness detected when sniffing the foot of the cigar directly. The Knuckle Sandwich appears to be well-rolled as there’s just the right amount of give when squeezed between two fingers. 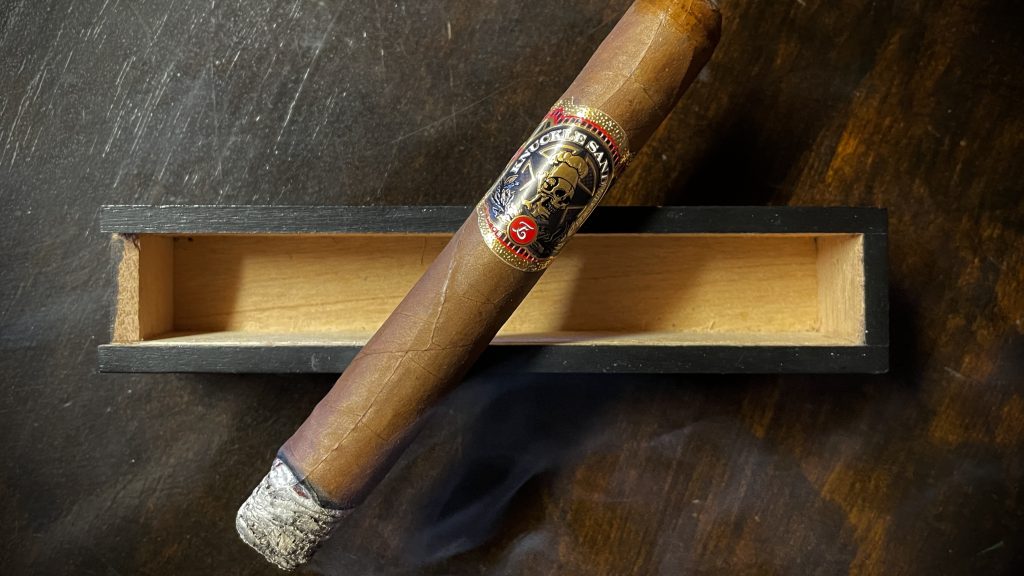 After experiencing a cold draw comprised of milk chocolate, salt, and cloves, the Knuckle Sandwich Habano is lit on fire and intense white pepper immediately floods the nostrils. The draw’s profile is equal parts mesquite and oak both backed by a mild leather note. This cigar is a smoke show, copious grey clouds spiral out from both ends and the resulting aroma is quite nice. Around the 1” mark, the mesquite bids us farewell which allows the cedar and leather to both step forward and become more pronounced. The draw’s flavors are accentuated by the slowly but steadily declining power of the white pepper which is allowing a vanilla cake icing note to develop through the nose. As She once said, that was a very busy yet enjoyable first inch… 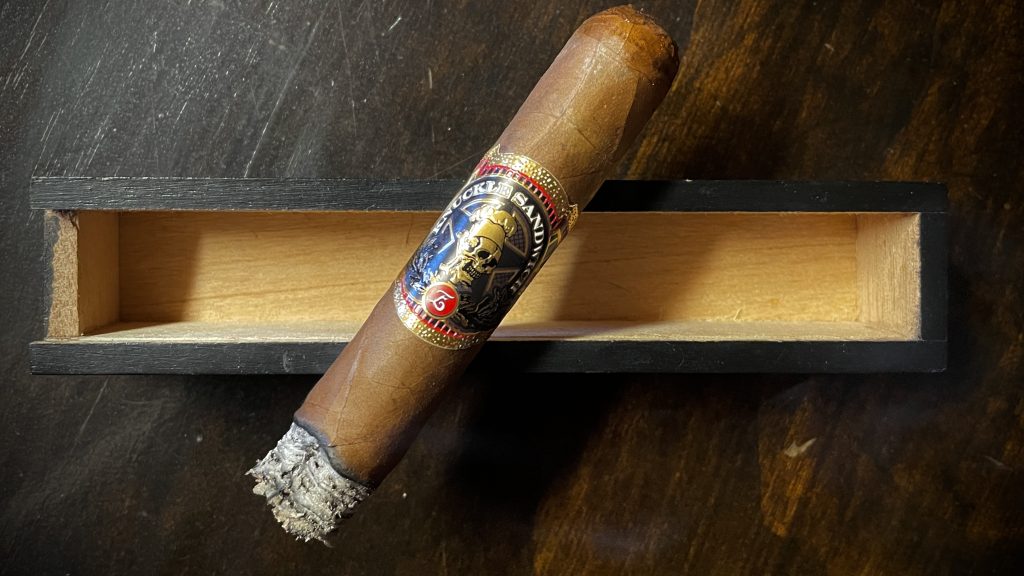 The warm vanilla presence via the retrohale continues to build and it compliments the draw’s cedar in particular extremely well. Construction so far is very good with a straight burn and smooth draw. 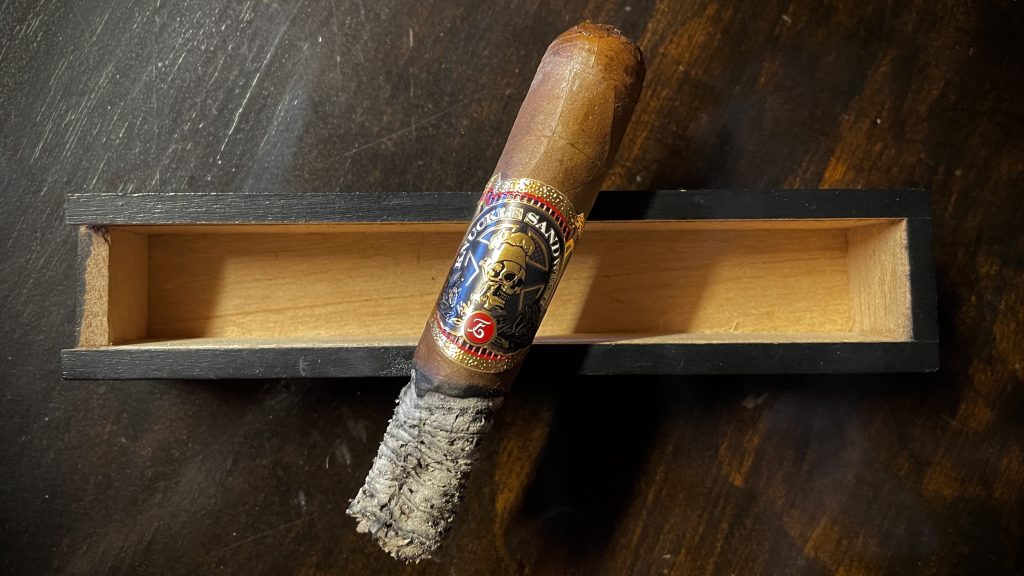 Vanilla and bold cedar continue to dominate the Knuckle Sandwich Habano’s profile here in the middle portion. The now barely evident pepper spice has resulted in the cigar’s overall strength to drop slightly. As we approach the fifty yard line, the Knuckle Sandwich is smoking wonderfully and the the flavors are extremely well balanced. I also have to give props where props are due, whoever designed the band’s artwork which depicts a skeleton wearing a chef hat somehow managed to make it look classy where as it could’ve easily been laughable if executed poorly. If I was a chef I’d probably get this image tattooed on my forearm so people would see it when I serve them my signature dish → The Notorious M.A.C. & Cheese ©* ←. It incorporates my initials, a cultural icon, and a pile of delicious noodles coated in a highly inappropriate amount of gooey cheese. Oh yeah! 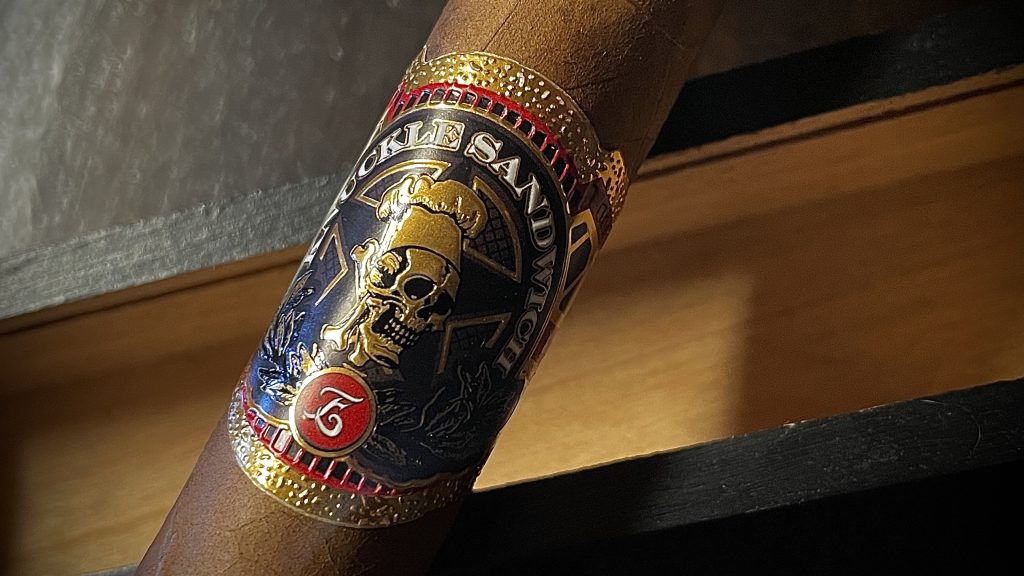 Towards the end of the second third, the white pepper begins to escalate via the retrohale and the draw’s leather note is now standing toe-to-toe with the cedar. 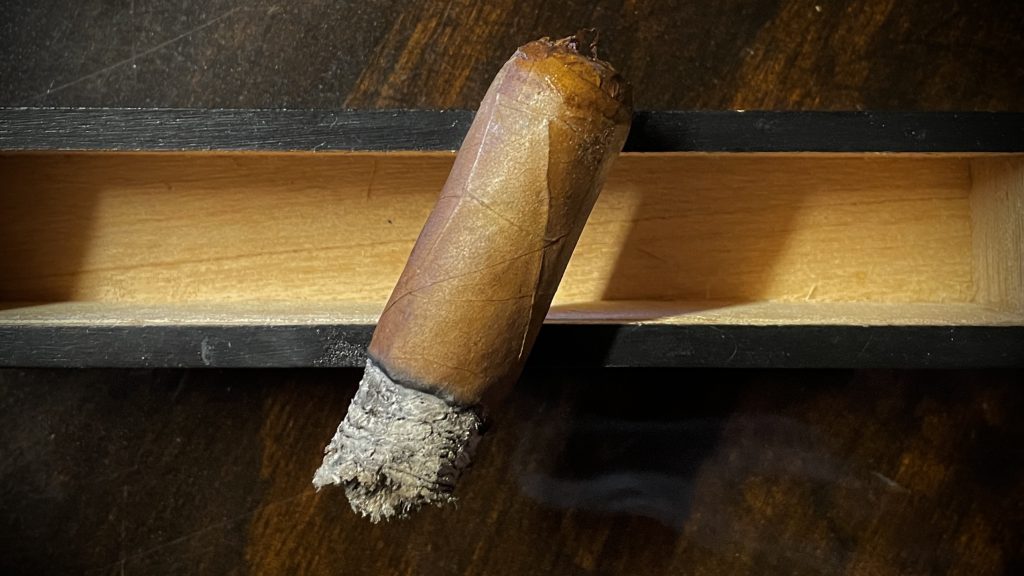 At the start of the Knuckle Sandwich Habano’s final act, a slight sense of Nicaraguan mineral begins to creep in behind the cedar and leather. I’ll use that word balanced here again because it keeps entering my mind as the smoking experience continues on its path. This cigar isn’t headed to the promised land of Flavortown, USA – it has fully arrived and is in the final stages of buying a home and enrolling its kids in the highly regarded Flavortown Independent School District (FISD). And yes the highschool’s football team, the Mac Daddy Nachos, are always in contention for a district title. But I digress before this review becomes too cheesy… although Mr. Fieri would most likely argue there’s no such thing as too much cheese. Like ever. 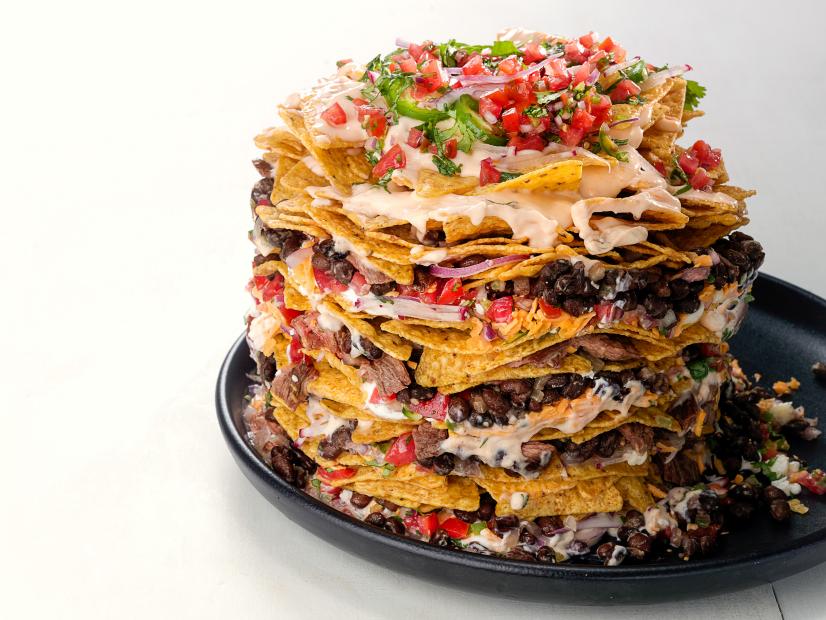 All of the preexisting flavors are present in the final puffs of the Knuckle Sandwich Habano, as the pepper spice has returned without dampening out the vanilla icing note and all the woodsy, leather, and mineral elements via the draw are now on full display. Every transition so far has been welcome and made perfect sense to my palate, there’s no eyebrow raising curveballs here whatsoever. Construction has been excellent from start to finish. 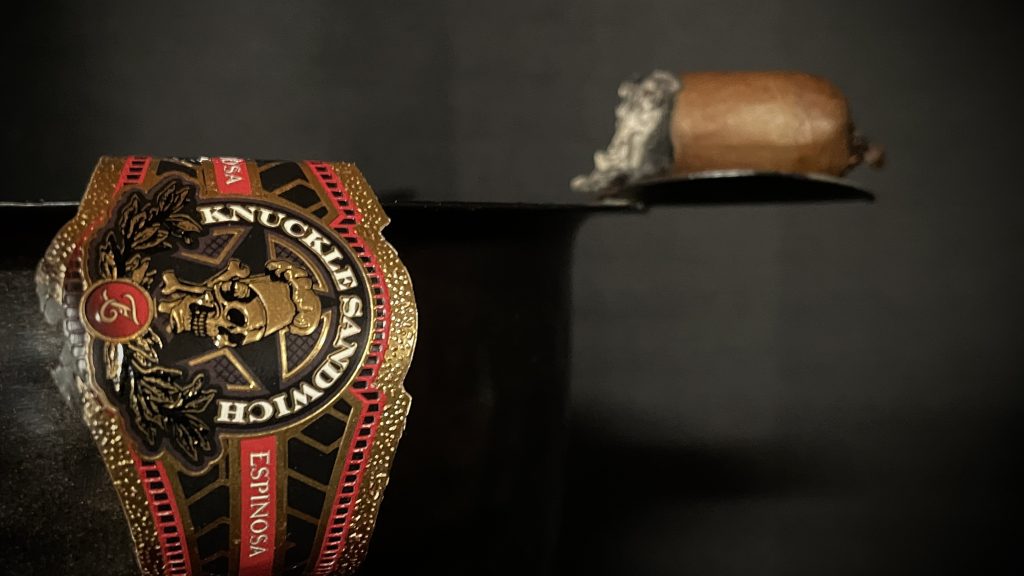 Celebrity endorsed cigars are nothing new but usually, in this reviewer’s experience, they are often more missed opportunities than genuine successes. That is thankfully NOT the case here with the Knuckle Sandwich Habano Toro H. Guy Fieri has reason to be proud of this cigar’s release and I’m pumped to try the Maduro variation of the Knuckle Sandwich as soon as possible. The “Mayor of Flavortown” can keep his title… for now…