The White Toro is a highly enjoyable, well-balanced initial offering from West Tampa Tobacco Company and I was legitimately bummed out when the smoking experience came to an end...

When I first dove in to the world of premium cigars many many moons ago, CAO was one of my early favorite go-to brands. Just thinking about my first time smoking the CAO America barberpole or the original CAO Vision gives me all sorts of nostalgic feels. CAO would eventually sell to the Scandinavian Tobacco Group (and later merge with General Cigar Company) and over the years the company’s offerings were rather hit or miss for me and the TNCC crew. For every Amazon Basin release that impressed us, another line like the CAO Bones left us disappointed. And the man behind everything CAO was Rick Rodriguez, the company’s brand ambassador and master blender. So when Rodriguez left CAO earlier this year to start West Tampa Tobacco Company I was curious to see where he was going with West Tampa and what his debut offerings would deliver. Which leads up to tonight’s hot action… 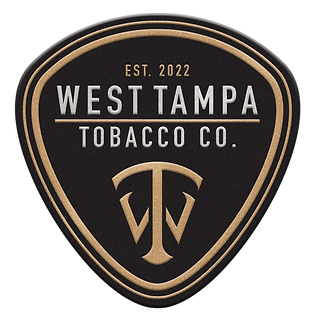 Size: 6 x 52 (toro)
Wrapper: Ecuadorian habano
Binder: Nicaraguan (Ometepe)
Filler: Nicaraguan (Condega & Estelí)
Price: $9.99 (these cigars were submitted for review by our friends at Famous Smoke Shop, use promo code TNCC20 for $20 off your order of $100 or more!) 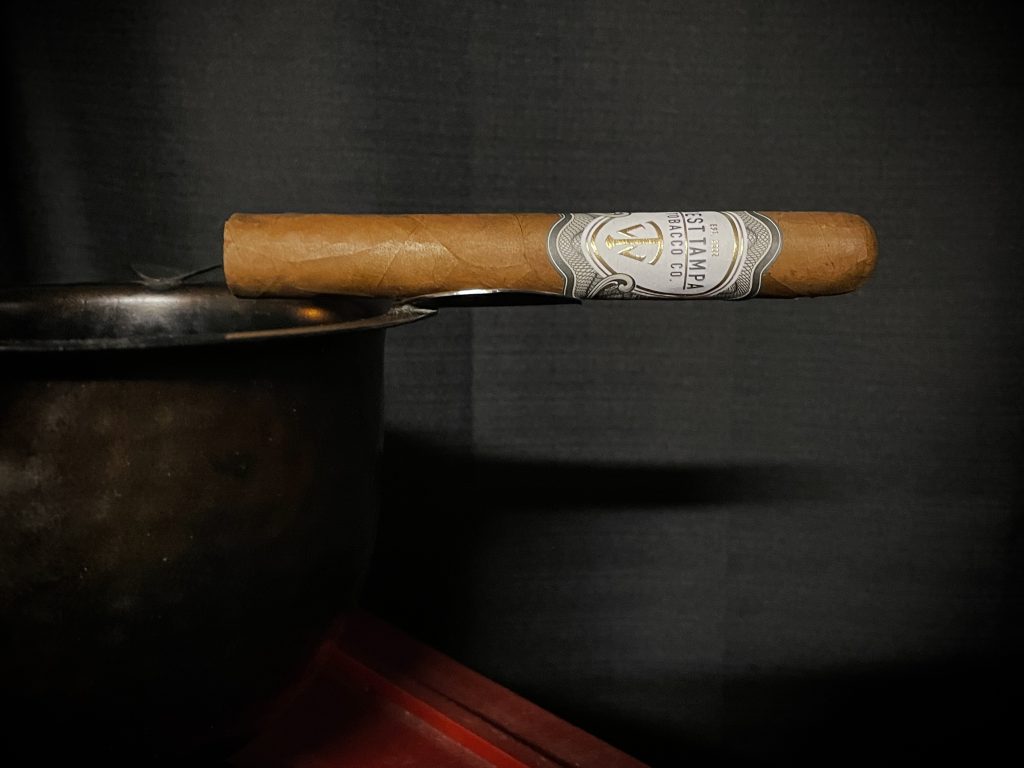 The White Toro features a golden, graham cracker shade wrapper with several prominent veins and just a few small lumps along the body. Reminds me of a lady I was dating back when I volunteered for Meals On Wheels. Aromas of hay, leather, tea, and orange zest are evident and the musty cold draw is dominated by dried flowers. 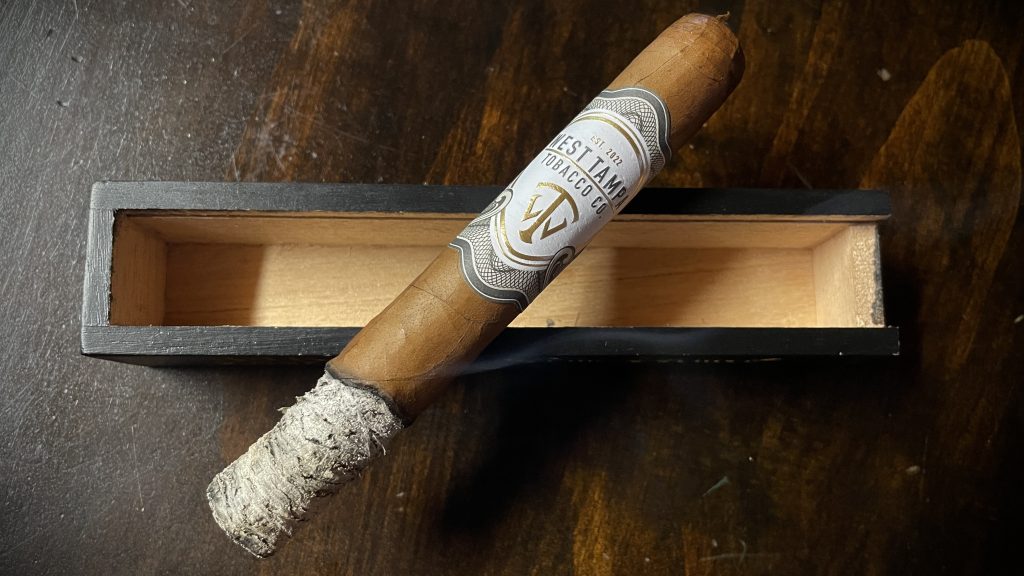 Upon ignition, there’s a nice, crisp pop of pepper through the nose while the draw is comprised of primarily cedar and light coffee. It’s not long before some Ometepe mineral begins to arise underneath the pepper. The White Toro’s wrapper leaf has a slightly oily sheen to it which aesthetically really works with the classic, dare I say elegant, band design and color choices. This cigar just looks good as it slowly burns away in to nothingness. 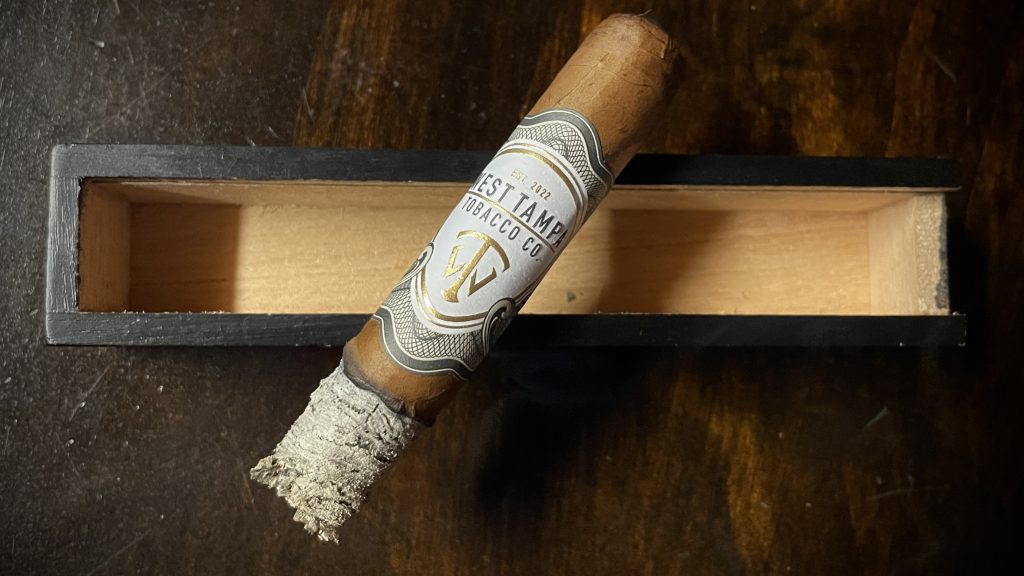 In the middle portion of the smoking experience, the coffee takes a step in front of the draw’s cedar in prominence and the retrohale is now equal parts pepper, mineral, and a developing vanilla note that reminds me of a bottled Starbucks Vanilla Frapuccino. The retrohale is a bit dry but, otherwise, the White Toro is smoking smooth and construction is very good with a perfect draw and straight burn line (no touch-ups or maintenance was required at any point… unlike that old lady I “dated”). 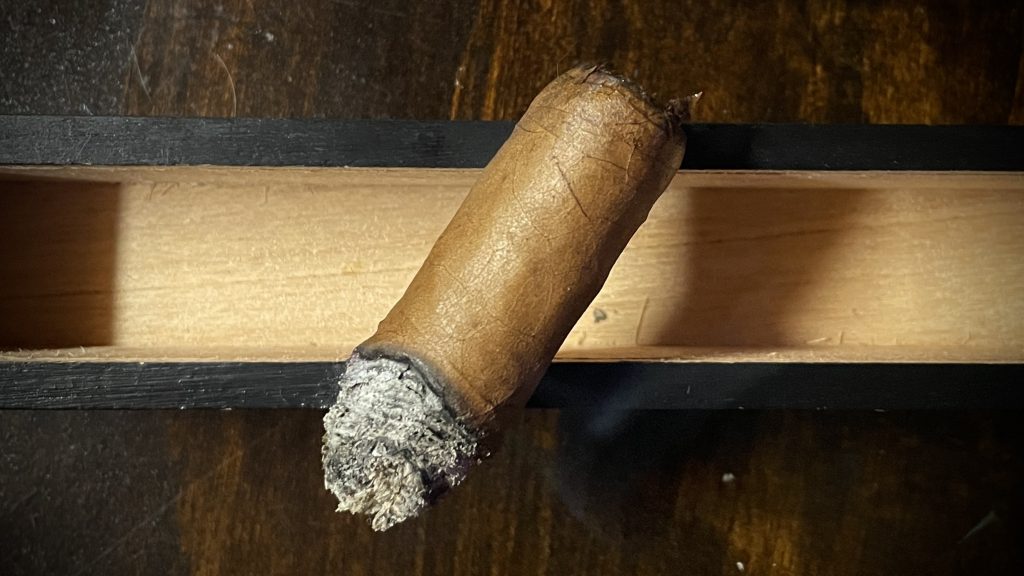 Here in the final third, the overall body of the White Toro becomes noticeably fuller with the coffee and cedar flavors commingling now beautifully with the consistent accent notes of pepper, mineral, and faint vanilla cream. I can’t stress enough just how well this cigar performed from a construction standpoint, you couldn’t improve upon it if you tried. 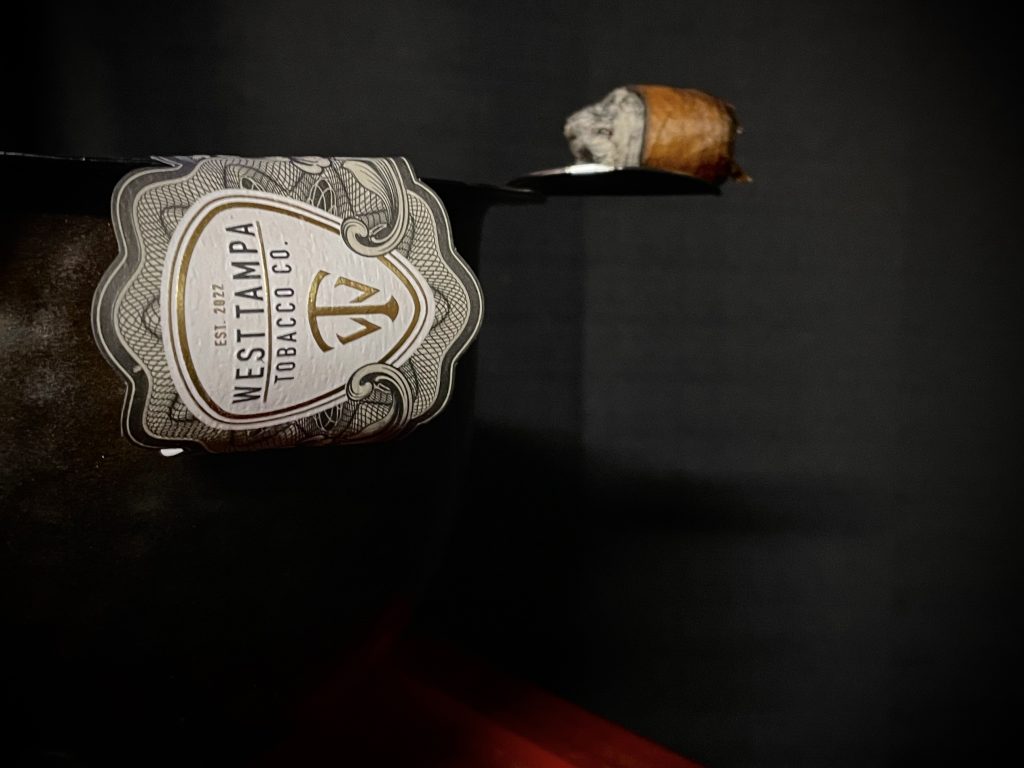 The White Toro is a highly enjoyable, well-balanced initial offering from West Tampa Tobacco Company and I was legitimately bummed out when the smoking experience came to an end. This cigar is super smooth but there’s always a sense of underlying pepper at play and those frequent fluctuations in spice keep things interesting. Don’t give me a boring cigar and don’t take my ridiculous attempts at humor seriously. That’s all I ask and, thankfully, Rick Rodriguez delivered on his part tonight.