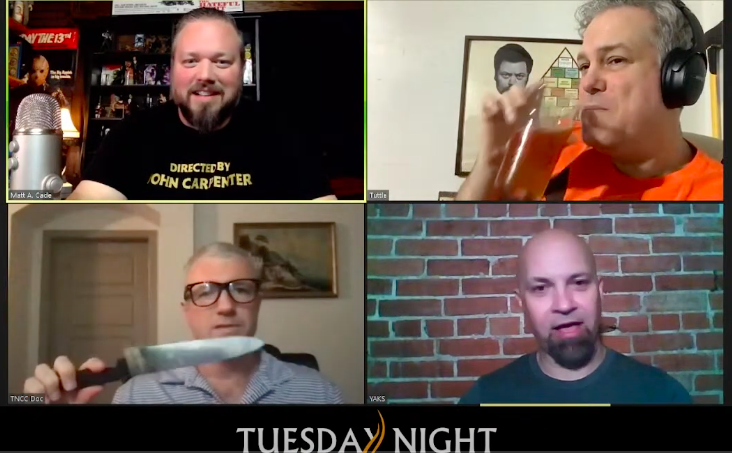 Trick or treat! Yes, it’s the final chapter in our 8th Annual Drunken March (aka Pathetic Stumble) To Halloween! Eight years of marching to Halloween means eight long years of seeing Tut squeeze in to his glorious bright orange pumpkin t-shirt. Check him out on YouTube, the ladies love him and you will too. Guaranteed!*

In a press release Willy Herrera, Drew Estate’s master blender, had this to say about tonight’s blend: 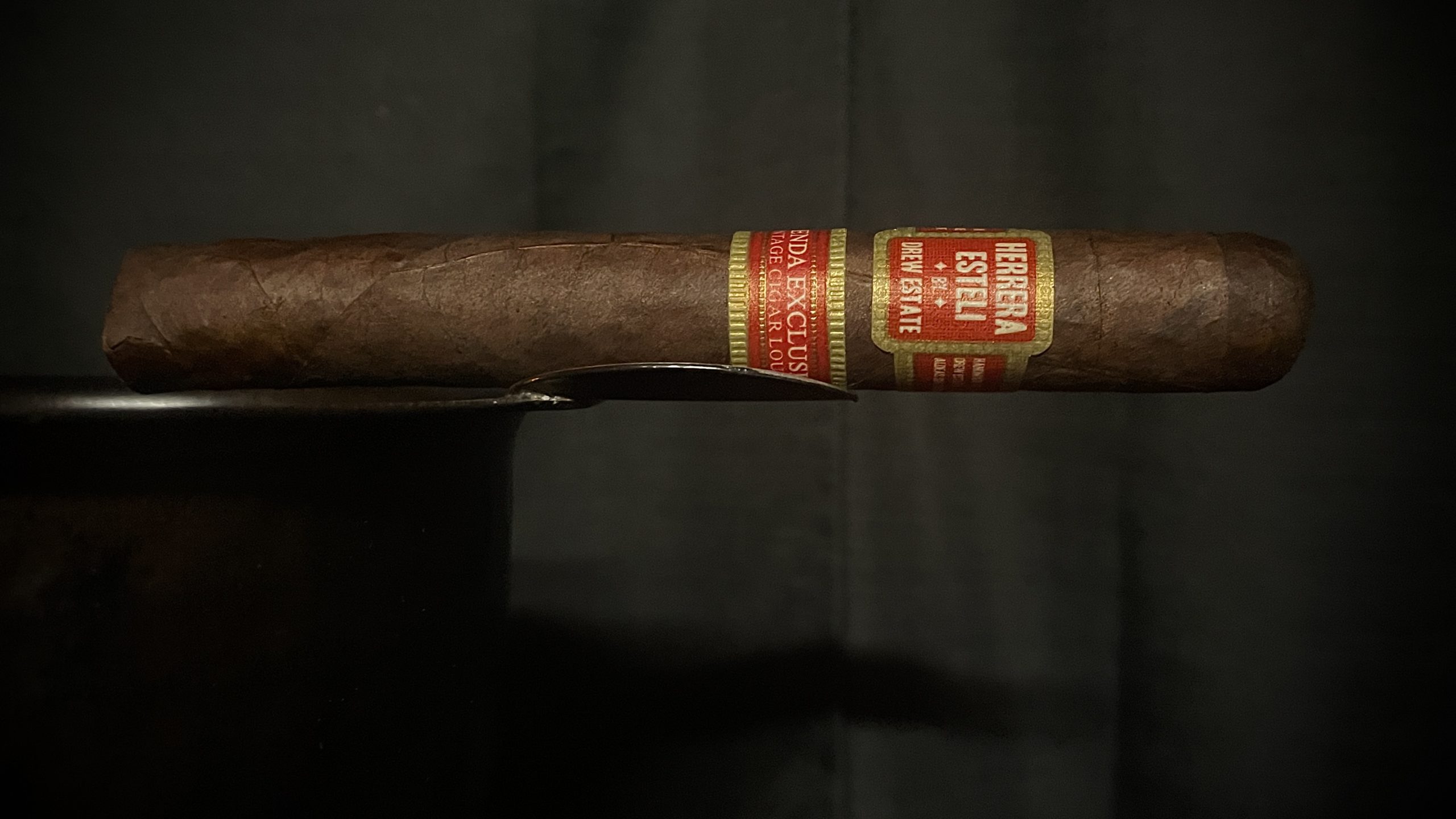 We’ve spent enough time around Willy to know that when he says “flavor bomb” it’s definitely a reason to get excited. And, as far as pairing with tonight’s film “Phantom Of The Mall” is concerned, tienda translates to “store” as it is a shop exclusive for Vintage Cigar Lounge in Rhode Island where our good friend Rev Java picked these up and sent us some. A mall has many many STORES, or tiendas if you will, so you can see why this pairing – as always – makes perfect sense… 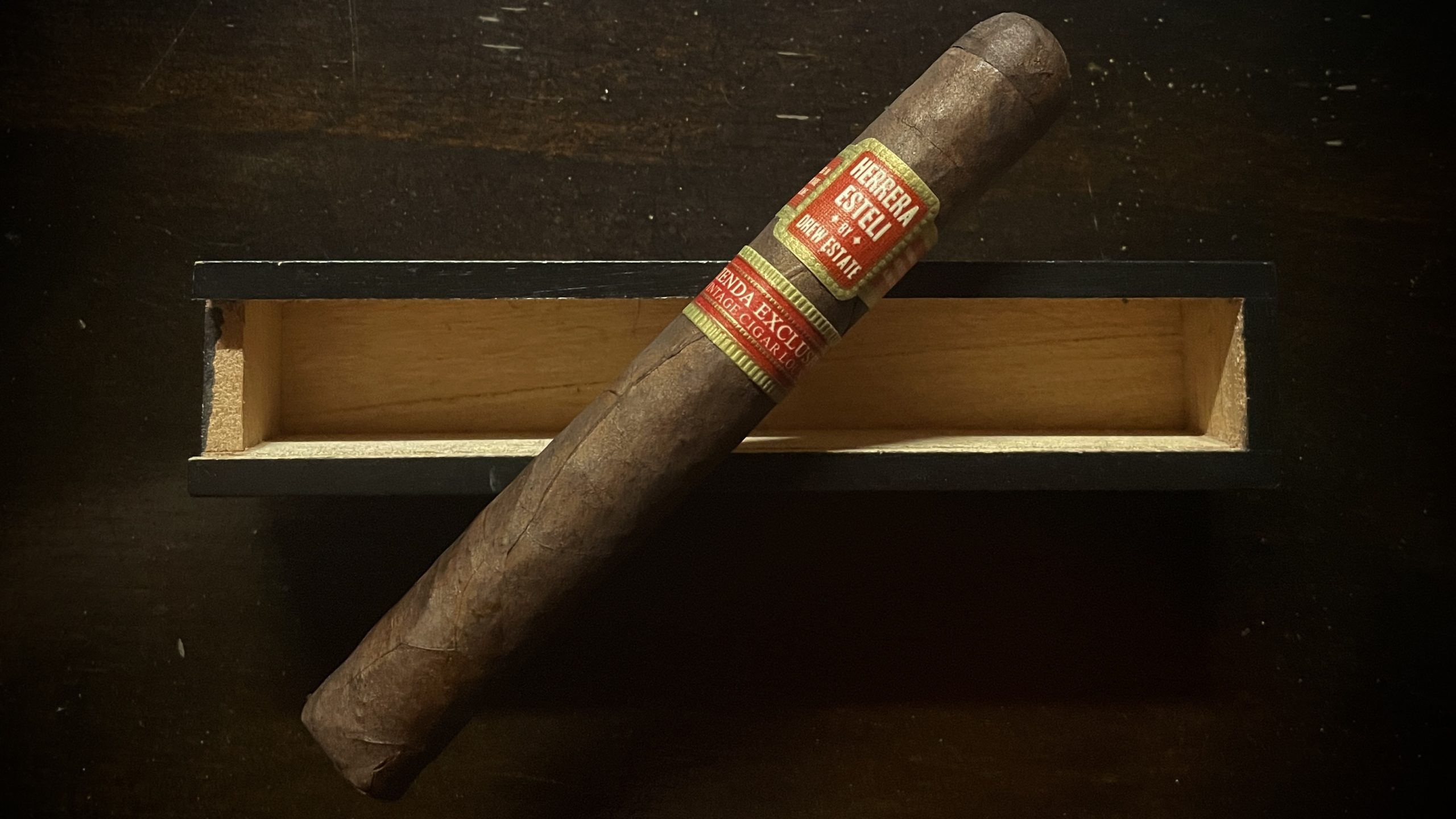 The Herrera Estelí Tienda is a rustic looking and feeling cigar and its wrapper aroma is straight up rodeo stuff, cedar chips, and sweetness. After experiencing a cold draw comprised of unsweetened ice tea and chewing tobacco, we all lit up. The Herrera Estelí Tienda features a toasted bread note backed up by some uplifting cedar on the draw with some minimal black pepper coming through the nose. This cigar is a fucking smoke show, copious white clouds hover in the air long after each puff and the resulting aroma in the room is heavenly… or at least it’s what we hope heaven smells like. 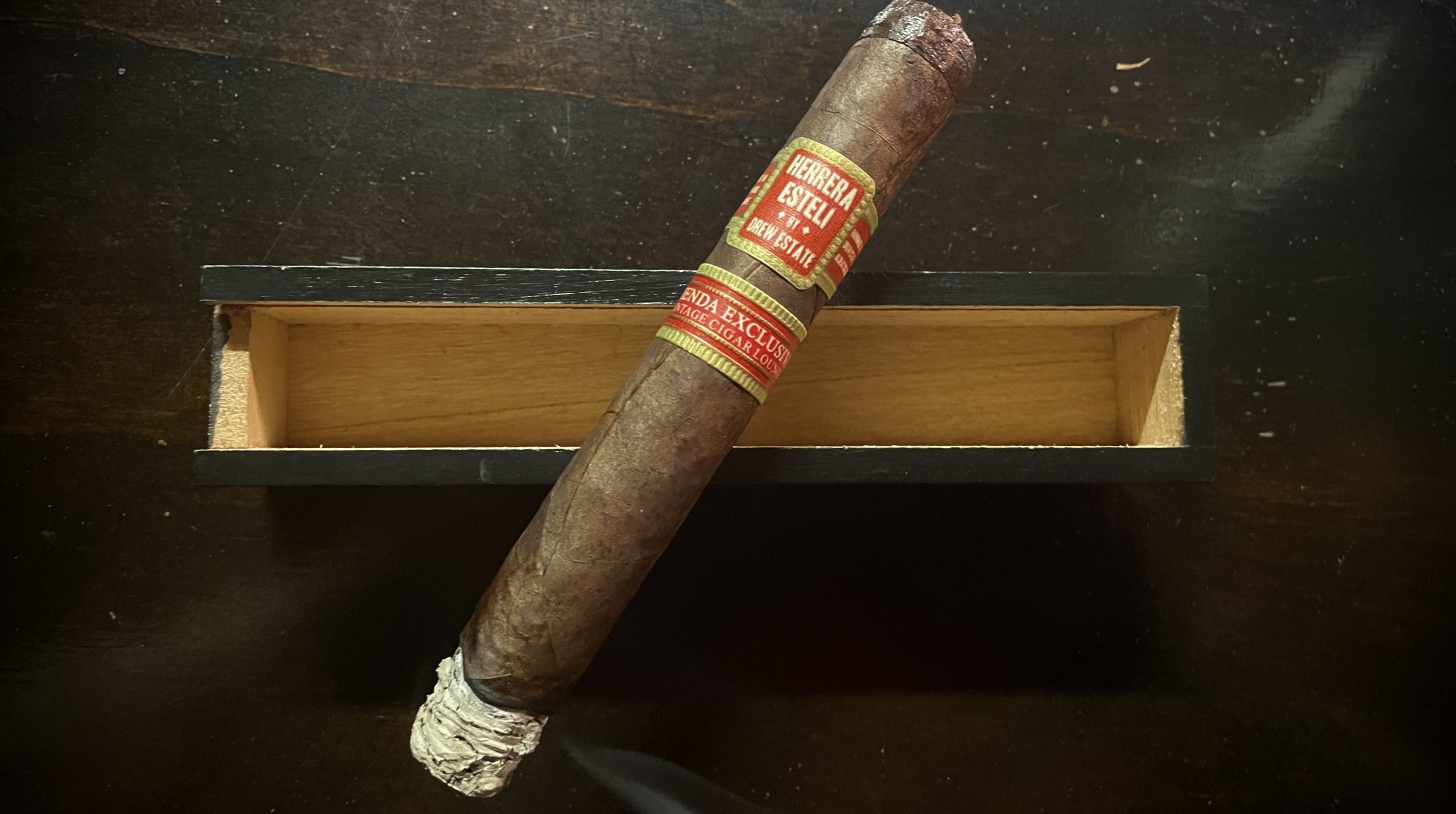 In the second half, the retrohale’s pepper dissipates rapidly and is replaced by a combination of leather and mineral while the draw’s core flavors of cedar and toast remain unchanged. Construction overall is very good with no issues reported and no maintenance required by any of us throughout the smoking experience. 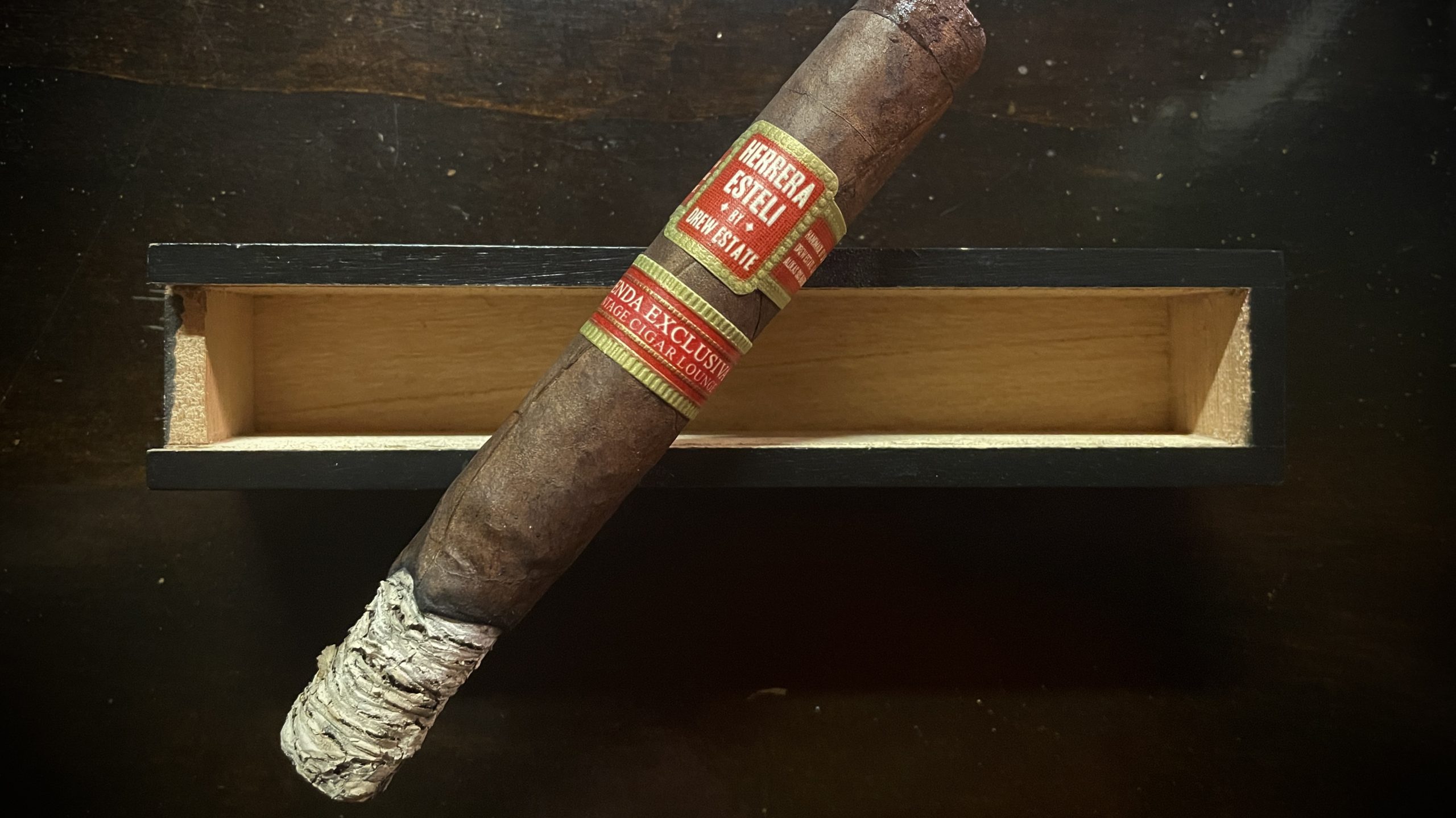 The final third saw the leather and mineral muted, making the retrohale fairly inconsequential and allowing the draw’s highly enjoyable toast and cedar to shine. Medium bodied with mild to medium strength throughout, the Herrera Estelí Tienda features a fantastic finish and is incredibly smooth from start to finish. And there aint nobody complaining about this smile-inducing price point. So get on the phone and order you up a handful of these beauties, we guarantee that you won’t be disappointed*. 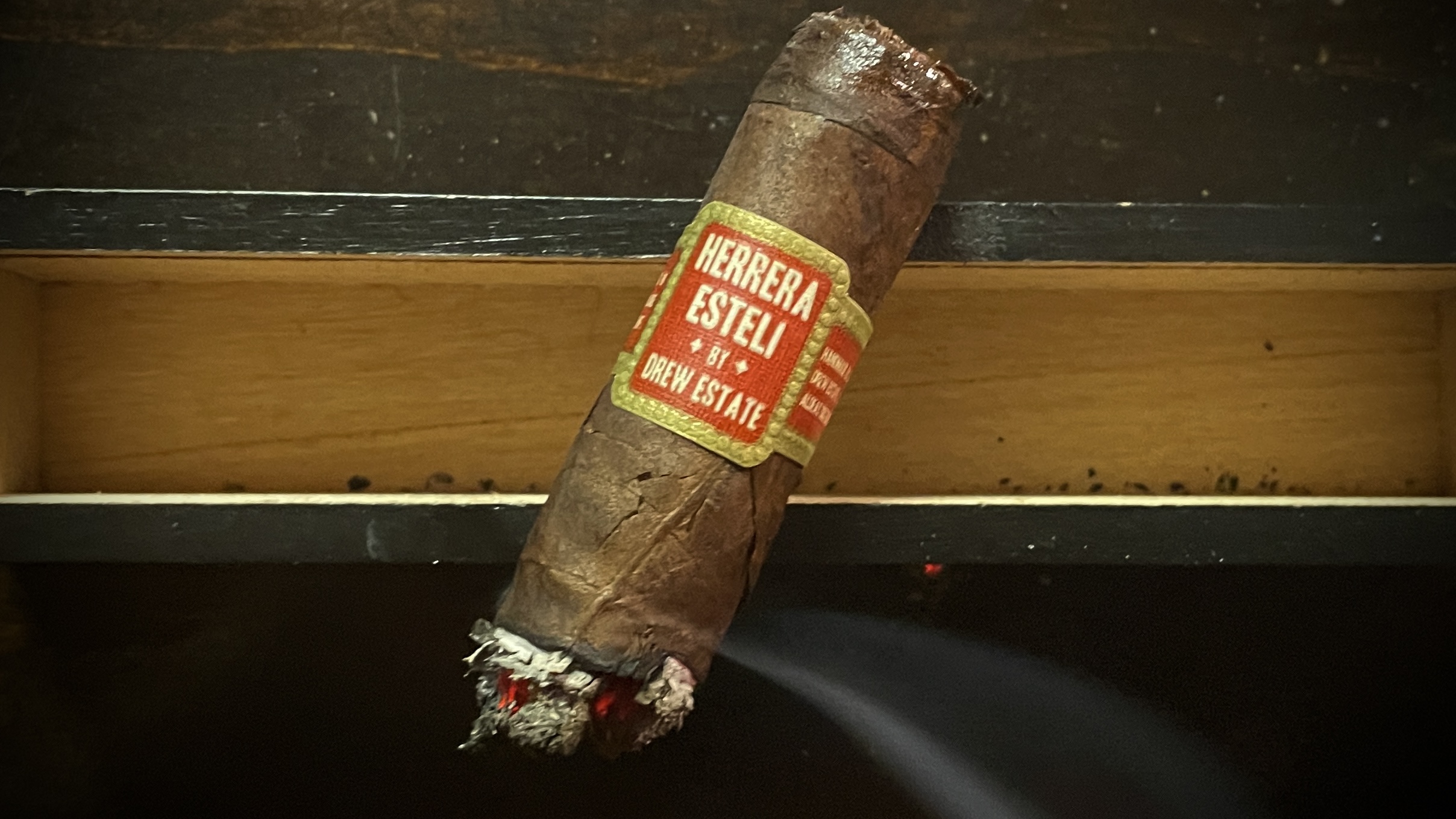 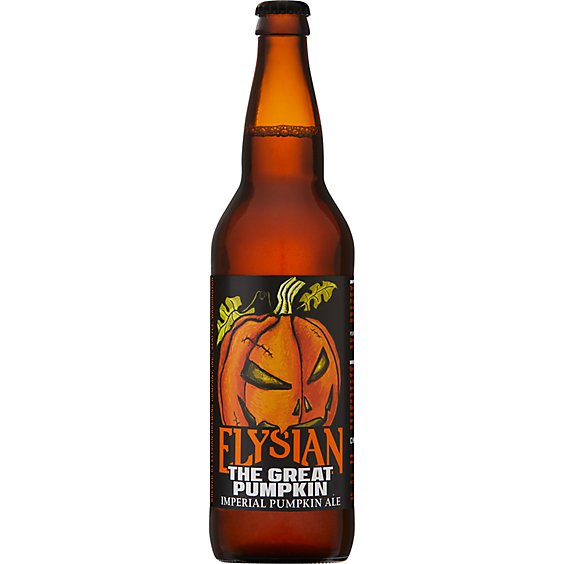 Another Halloween episode, another pumpkin beer for Tut and he really enjoyed this one. At 8%, the pumpkin flavor is joined by coriander, cinnamon, and a floral component and all of these flavors worked well together. Unlike his last pumpkin beer which he had to space out his sips and puffs as they were competing with each other too much, tonight’s pairing worked far more harmoniously and the imperial ale even brought out a sweetness in the cigar that Yak Boy and I did not get with our stogies.
TUT’S PAIRING GRADE = B 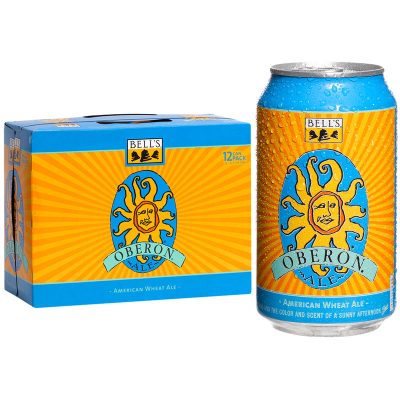 Tut keeps telling me that Bell’s makes some decent beers but I’ve sadly yet to drink one. Coming in at 5.8% and a negligible 10 IBUs, The Doctor found the Oberon Wheat Ale to be “not bad”. Oberon was a character in Bill Shakespeare’s “Midsummer Night’s Dream” and the original Phantom Of The Opera was a fictional character created by French author Gaston Leroux in 1909. So, in the mind of The Doctor, because both the beer and the movie feature references to fictional characters they are naturally a perfect pairing match. According to The Doctor.
DOC’S PAIRING GRADE = F 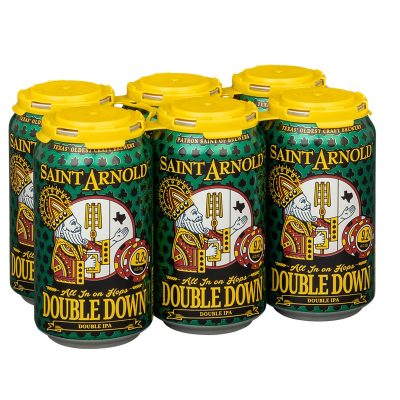 Clocking in at 9.2% and 71 IBUs (Yak’s expert palate placed the actual bitterness in the mid-60s range), Yak Boy highly enjoyed the Double Down and found that it complimented tonight’s cigar very well. He selected this beer by Saint ARNOLD because the mall in tonight’s film was also featured in the ARNOLD Schwarzenegger movie “Commando”. I told you last episode that Yaks couldn’t be trusted to maintain any sense of consistency with his pairing picks and look who was right about everything yet again… me, that’s who. Don’t piss on us and tell us it’s raining, dude.
YAK BOY’S PAIRING GRADE = F+ 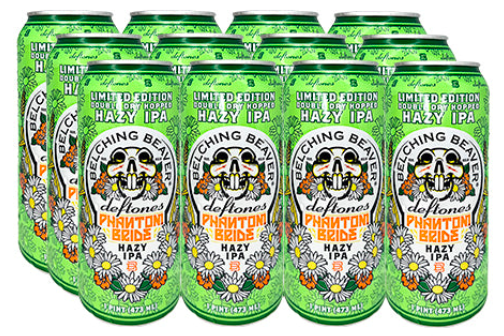 As an IPA lover, I’ve begun to tire of hazy IPAs recently as the market shelves and tap walls are all oversaturated with them but, having said that, the double dry hopped Phantom Bride Hazy IPA is undeniably delicious. At 7.1% ABV and undisclosed IBUs (I put it around 45), this IPA’s citrus forward profile is very smooth and while I had high hopes that it might draw out some sweetness from our cigar that was sadly not to be. Oh and this Phantom beer paired damn near perfectly with our Phantom movie, as if I even needed to type that… you’re smart, you know what’s going on here.
CADE’S PAIRING GRADE = A 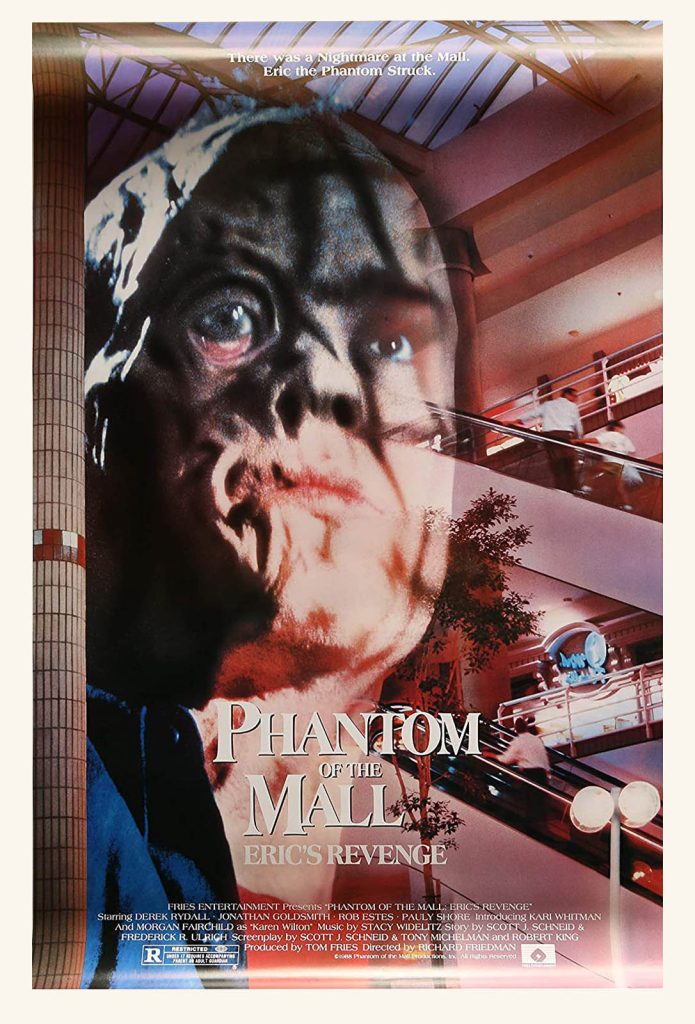 Tonight’s film is a snapshot of a time, a pretty perfect fucking snapshot actually of 1980’s mall culture. Back in those glorious days the mall truly had it all, it was like shopping on Amazon without the guilt. The mall was pure fun, it was mindless yet exciting, it was both simple and exhilarating equally, if you were a kid in 1989 the mall was everything you ever needed and more. The story of the Phantom Of The Mall: Eric’s Revenge will take you back to those halcyon days or, more specifically, our lively discussion of the movie will take you back. 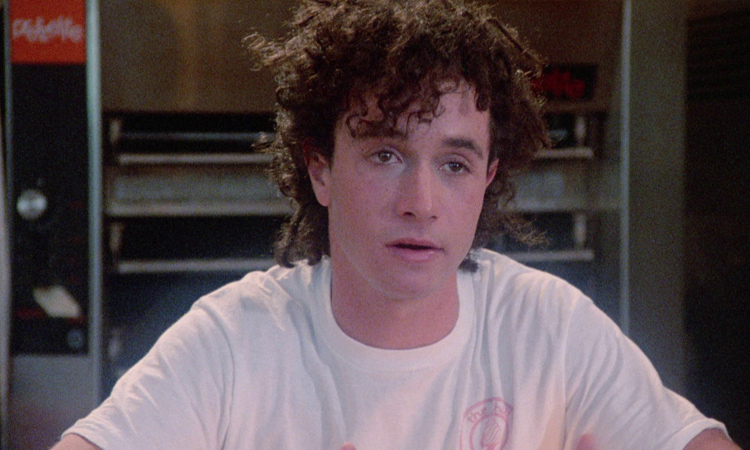 What does halcyon even mean, buuuuddy?

Yeah that’s right, Pauly F’n Shore is in this thing as well. He works at the mall’s ice cream shop and if that’s not enough to get you to clicking the links at the bottom of this page, well then I give up. Don’t be a weasel, buuuuddy, click the links and JOIN THE PARTY!!!!! 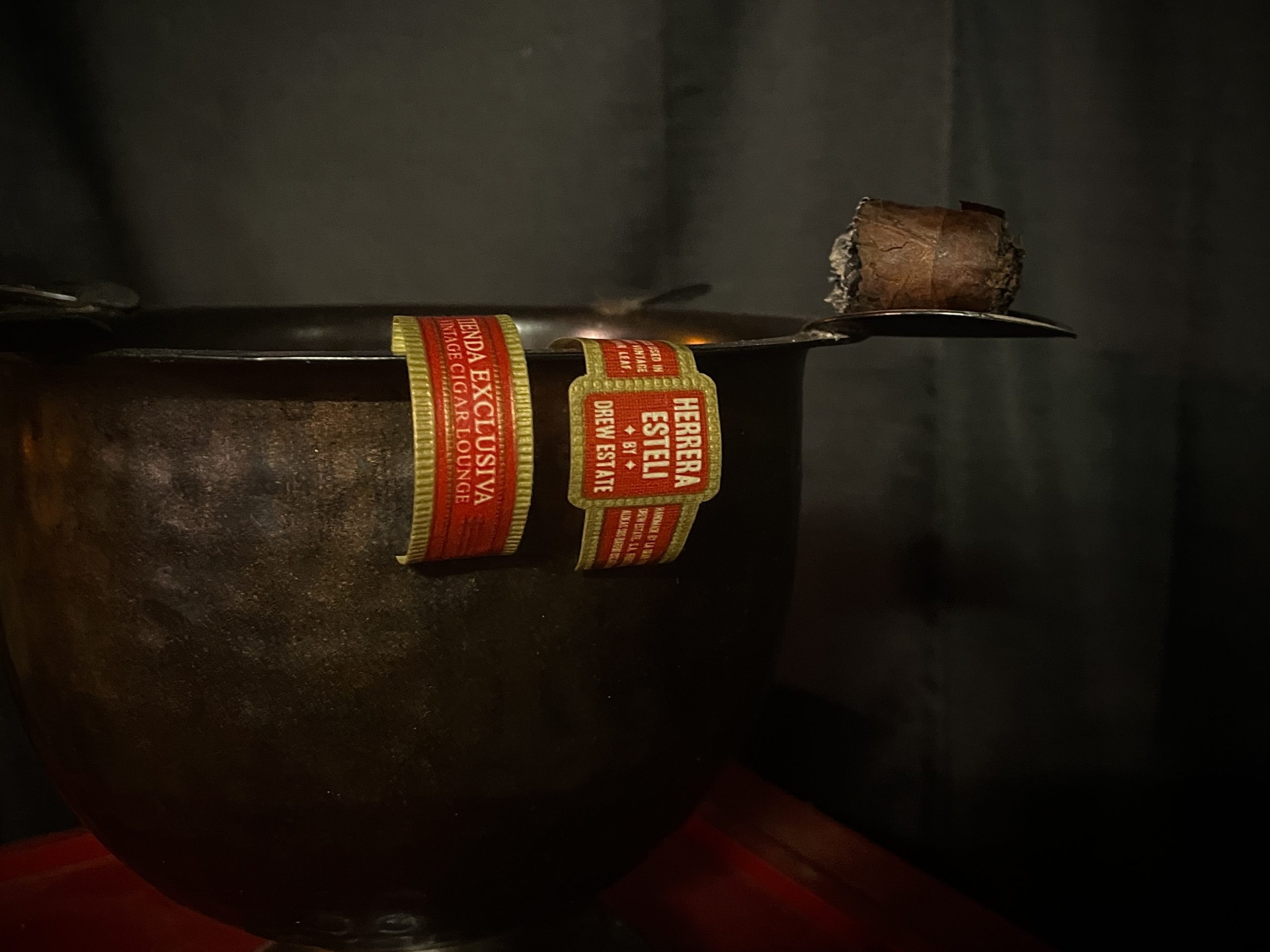 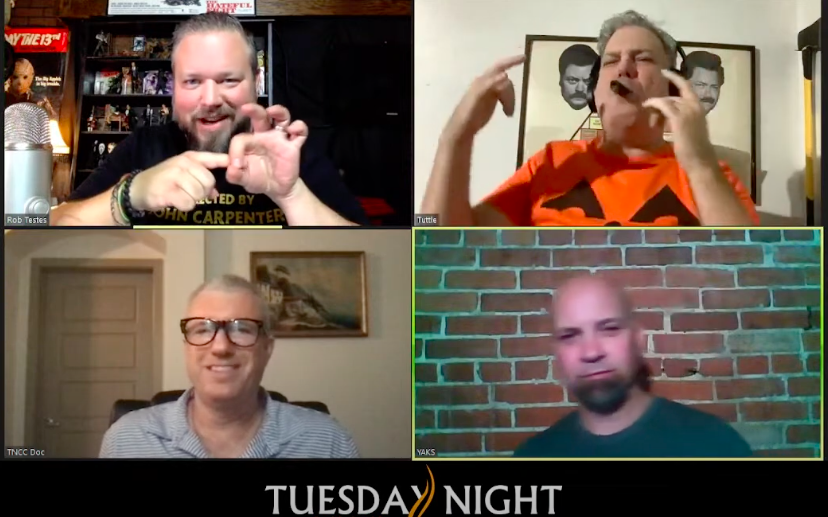 *These are NOT actual guarantees in any way, shape, or form. Also, the TNCC is not responsible for any nausea, vomiting, and explosive diarrhea that may result from staring too hard for too long at Tut in his pumpkin shirt.