For those of you who enjoy being kicked in the balls by a cigar, for all of you who seek out strength as a factor above all else, well then the Audiophile might be just what you’re looking for... listening for?

Way back in 2015 on Episode 5 of the podcast, we reviewed the Emilio AF1 cigar (which we all enjoyed) and The Tuesday Night Cigar Club hasn’t featured an Emilio offering since then. The company has changed ownership over the last few years, we’ll let you cruise over to Halfwheel and let those pros catch you up to date with the details if that sort of thing interests you, BUT what’s most important here today is that all Emilio cigars are now made at Oveja Negra where they are blended by James Brown – the man responsible for some of our favorite sticks currently on the market: NBK, Lizard King, Intergalactic, and the S&R just to name a few…

THE CIGAR – AUDIOPHILE by EMILIO CIGARS 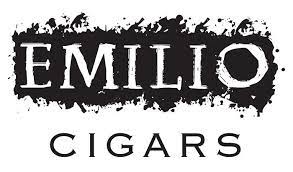 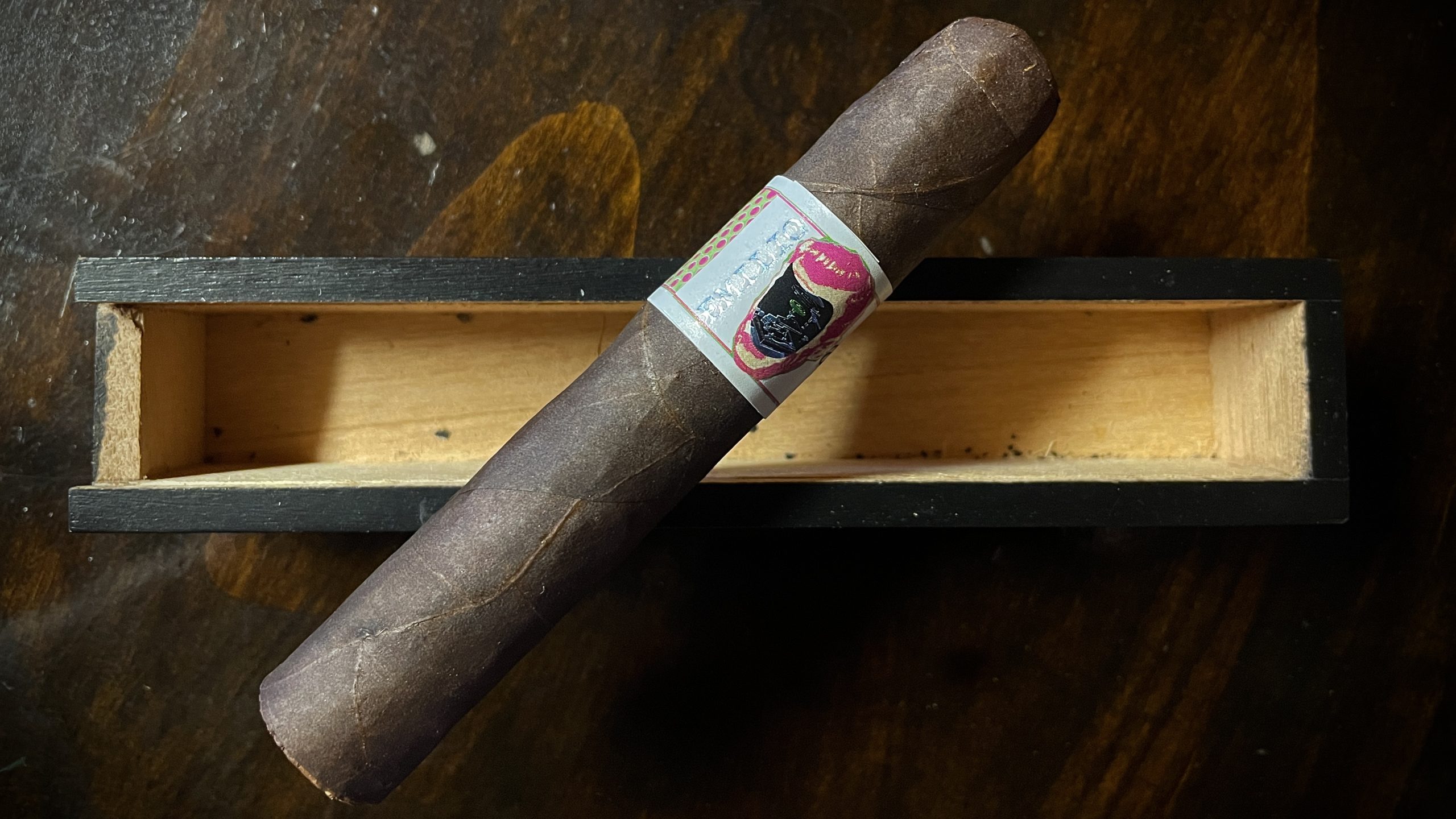 The Audiophile is a densely packed cigar with a few prominent veins present and several lumpy/uneven spots along the body. There is an undeniable chewy, raisin-like sweetness detected off the wrapper and sniffing the foot of the cigar directly reveals some milk chocolate and even more fruit sweetness. 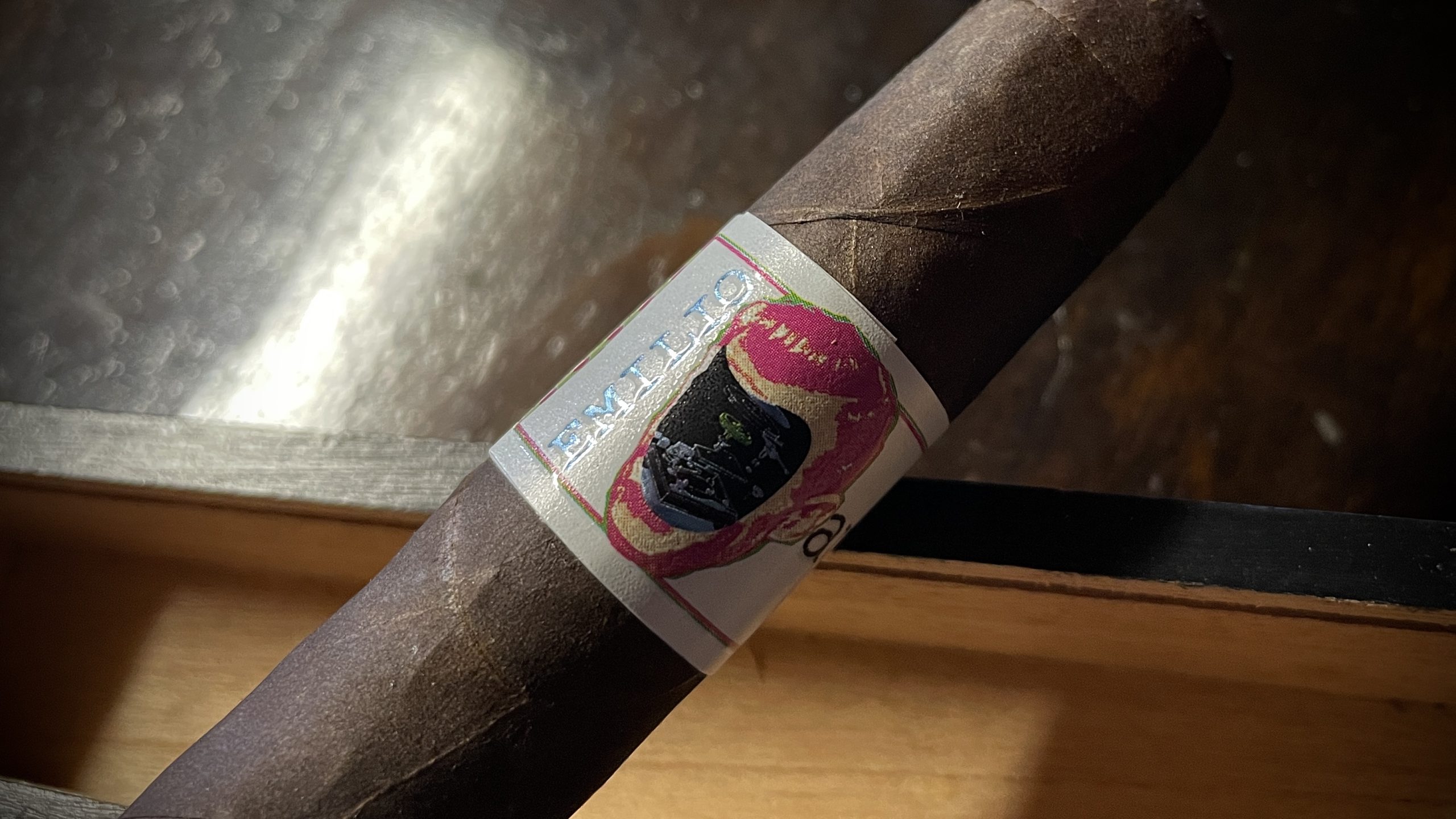 Being somewhat of an audiophile myself, I really dig this cigar’s band design. It’s unique, it’s intricate, and the color choices pop visually. The band’s artwork compliments the cigar’s theme perfectly which is somewhat rare and certainly commendable. 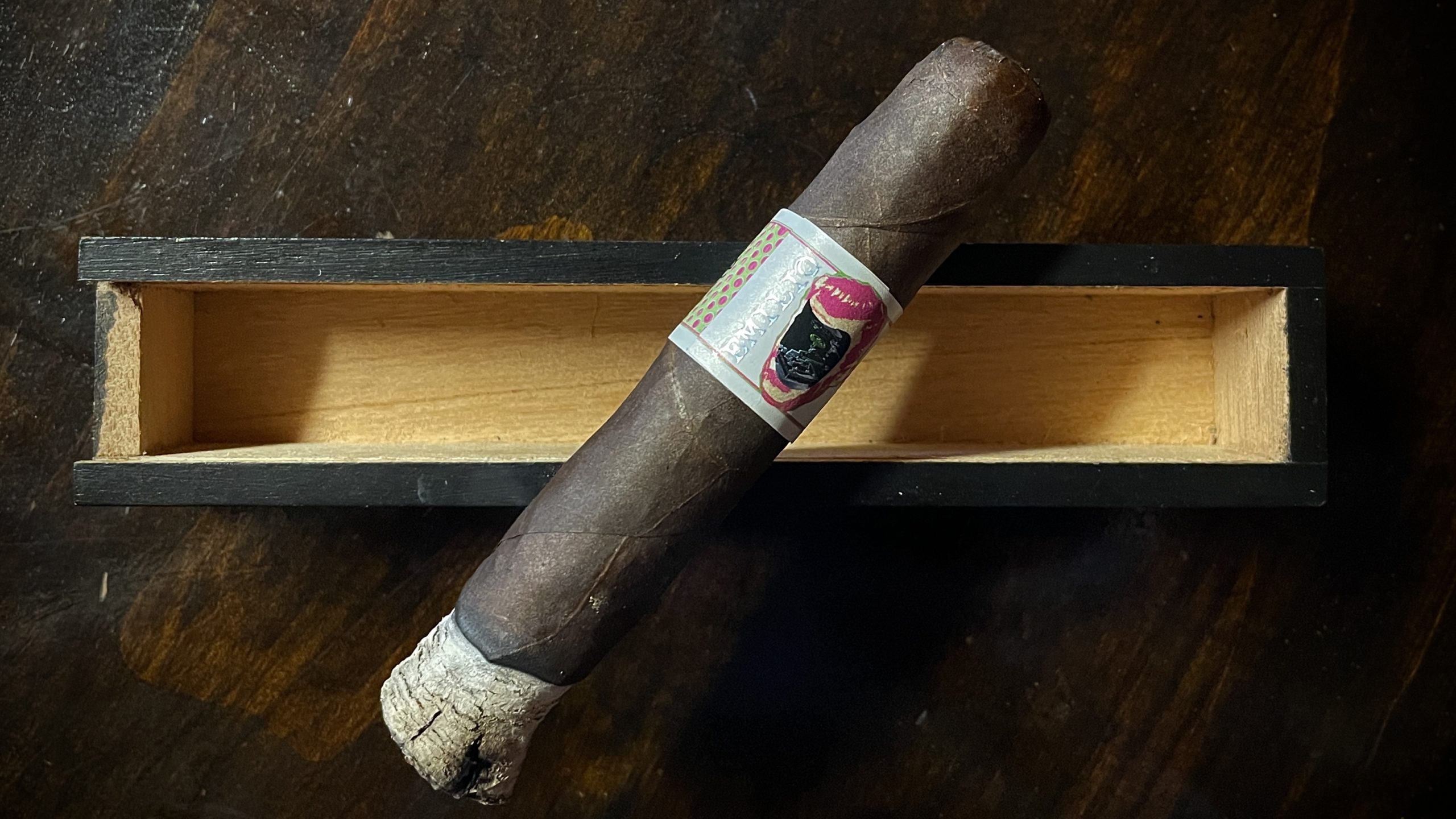 The Audiophile’s cold draw consists of primarily rodeo stuff (hay and fresh cut grass in this case) and just a touch of walnut. Upon ignition, a crisp and bold white pepper immediately floods the nose while the draw reveals notes of oak backed up by old leather. Smoke production is copious here in the early goings and construction is satisfactory all around. The pepper spice via the retrohale does not diminish whatsoever as the Audiophile approaches the 1” mark, if anything its strength is gradually increasing as a faint mineral note emerges underneath it. 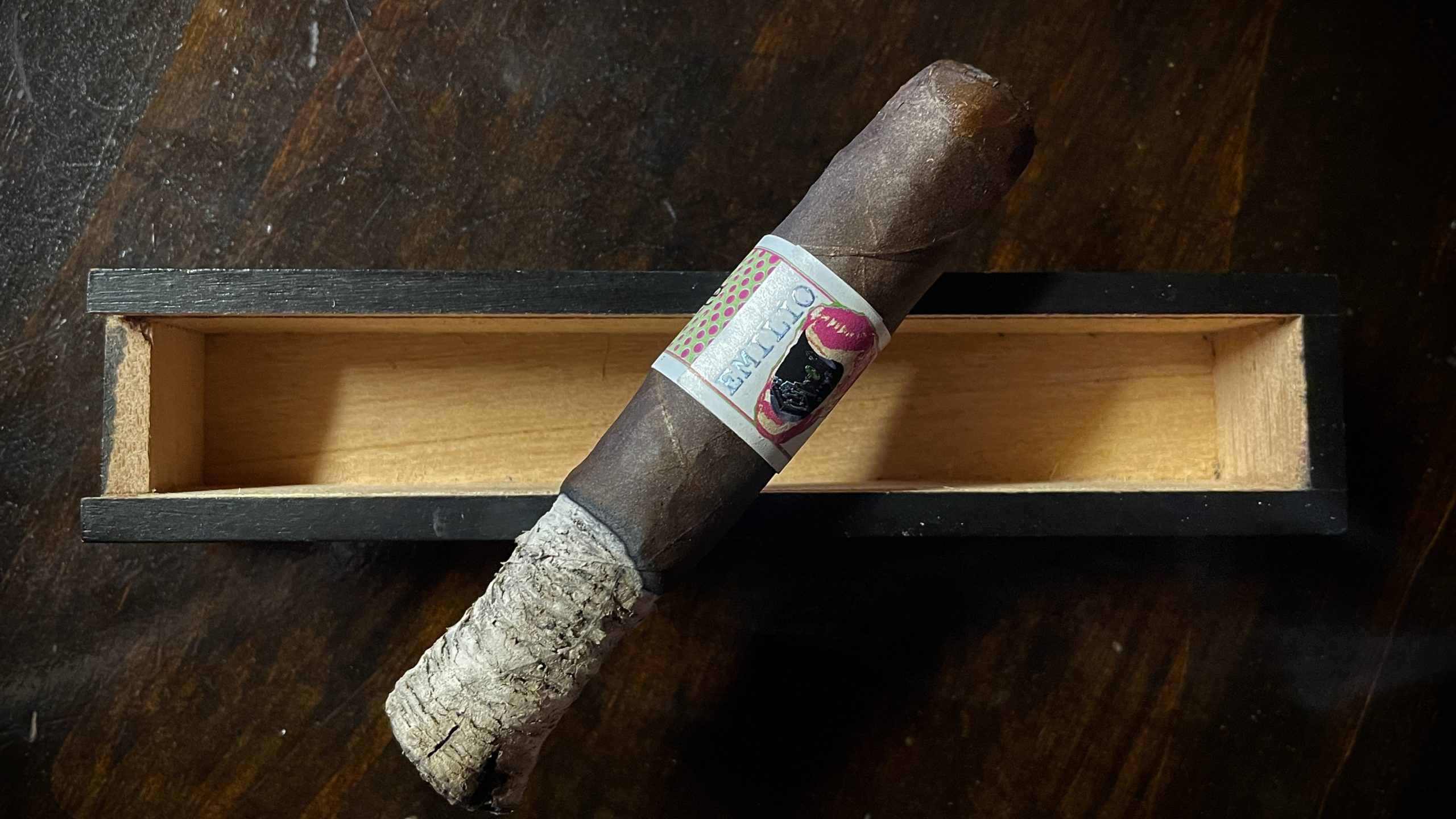 The Audiophile’s profile is rather dry entering the middle section of the smoking experience. While the pepper spice and mineral are gelling well together through the retrohale, the draw’s oak and leather are still very much present and accounted for but these flavors are having a hard time competing for attention with what’s happening through the nostrils. I don’t often say this during reviews but I would NOT recommend smoking the Audiophile on an empty stomach.

For those of you who do enjoy being kicked in the balls by a cigar, for all of you out there who seek out strength as a factor above all else, well then the Audiophile might be just what you’re looking for… listening for? To put this in music terms, it’s 1994 and you’re at the gym listening to Pantera’s “Strength Beyond Strength” track on repeat over and over again on your CD player. And, yes, it was a major pain in the ass working out with a fucking CD player strapped to your waist but Steve Jobs didn’t get off his lazy ass and invent the iPod for another 7 years so we did what we had to do! What was I talking about again? Where am I? 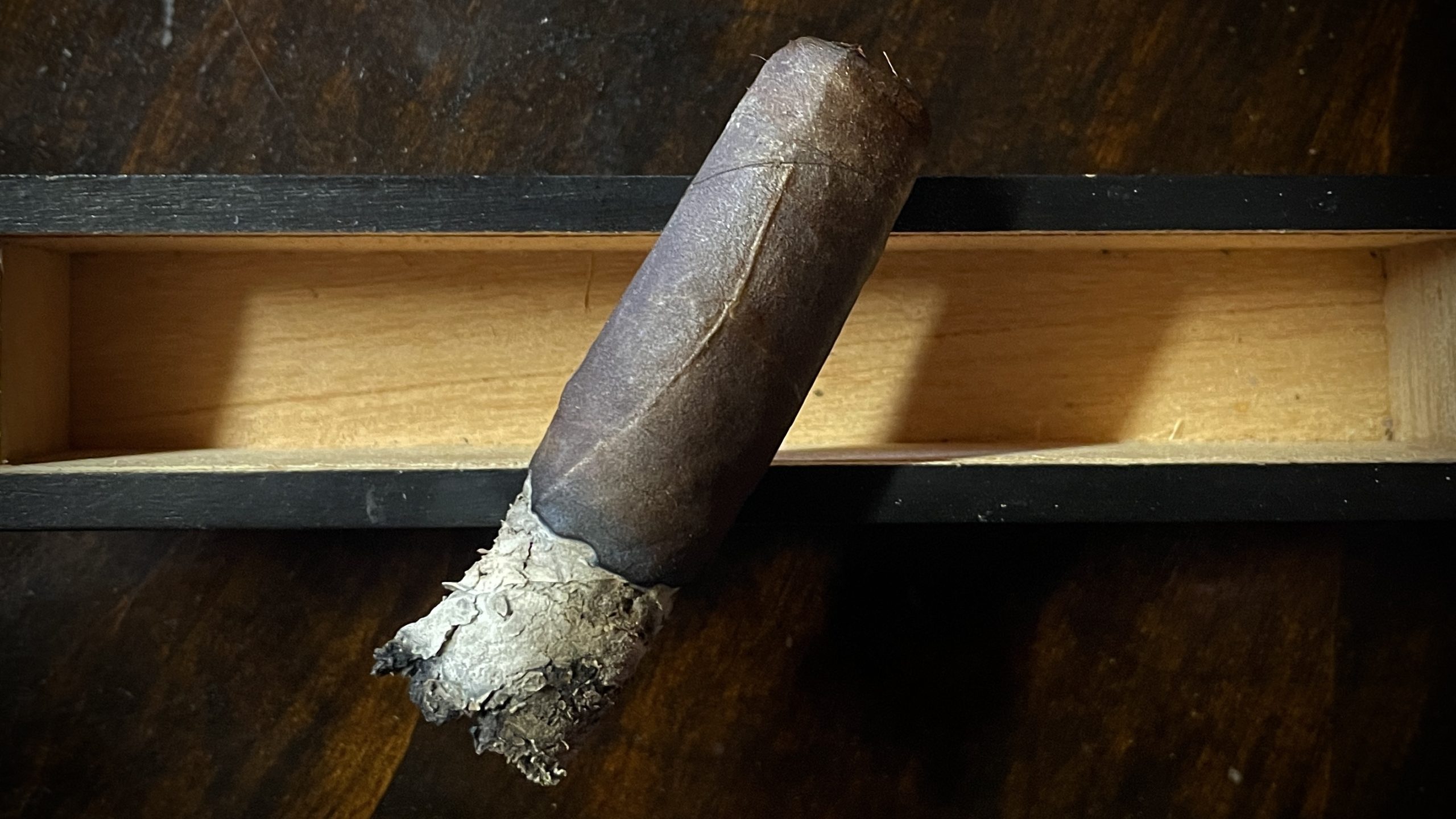 The Audiophile started to go out on me at the beginning of the last track so a quick relight was required. The smoking profile remains relatively unchanged here in the final third although the overall strength thankfully, for me at least, does decrease ever so slightly. Perhaps Pantera’s “I’m Broken” off of the same Far Beyond Driven album is now more appropriate listening material – this cigar has broken me, I’m not the same man that I was 45 minutes ago. But that’s okay as, the old me wasn’t all that great to begin with according to some. Surprisingly, a small trace of the milk chocolate that was alluded to on the cold draw begins to arise underneath the woodsy oak and leather. It’s a battle to detect it through the onslaught of peppery spice but it’s well worth fighting for. 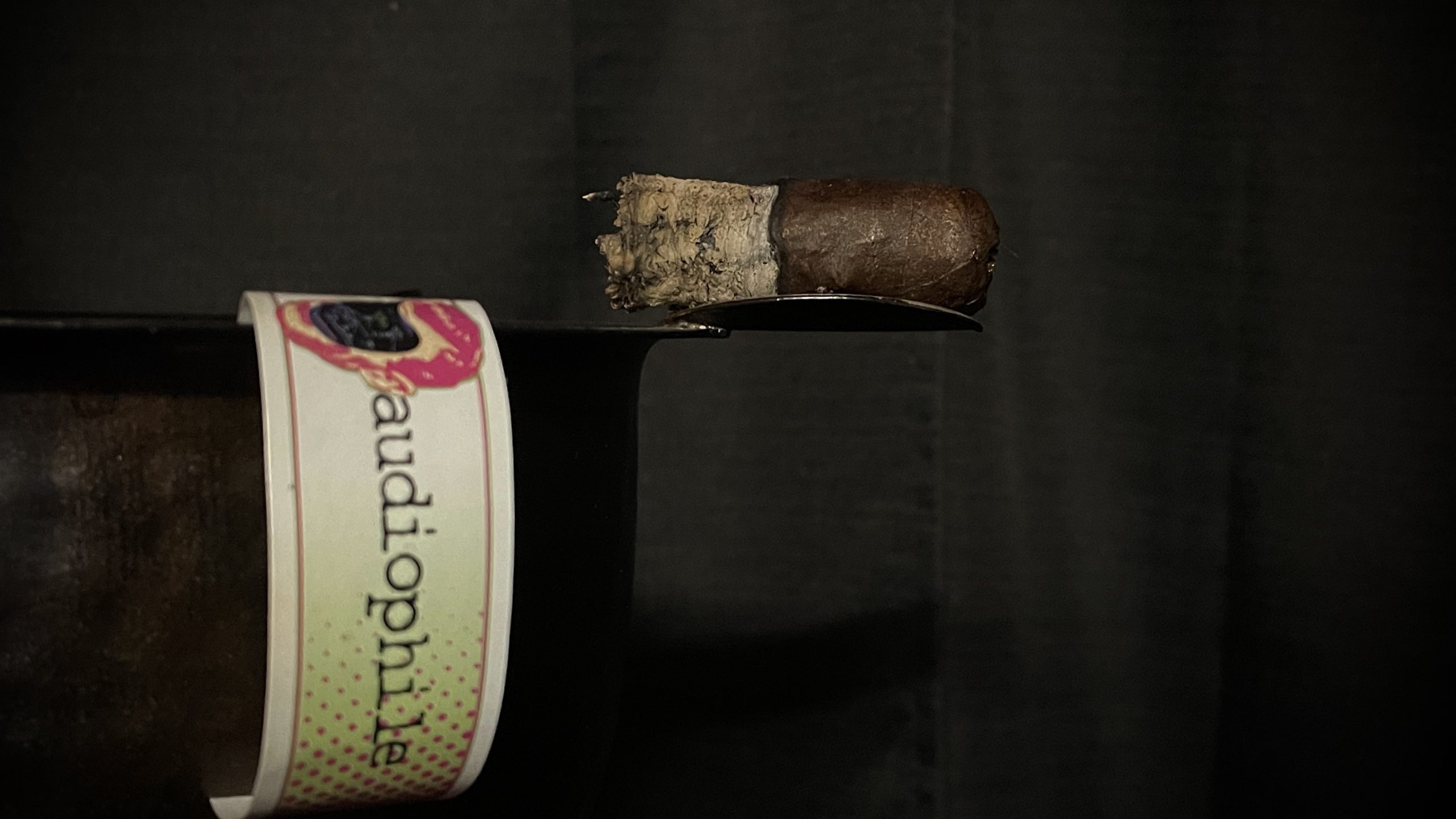 The Emilio Audiophile robusto is a head banging maniac of a cigar who knows damn well that it’s relentless in its delivery and doesn’t care about your feelings one bit for the 90 minutes it takes you to smoke it. The shelves are filled with many a cigar that boasts of its strength and power but seldom often do these offerings truly deliver the promised sharpened spike through your goddamn forehead like the Audiophile does. Pairing wise, I’d recommend a strong bourbon and soda or the world’s largest glass of ice water. Thankfully Pantera’s fantastic cover of Black Sabbath’s “Planet Caravan” starts playing now and it’s the perfect closing track for this audiophile to listen to as he curls up in a ball and tries to piece his shattered life back together…