Tonight was a special, dare I say monumental, night for the TNCC as we reviewed our first submitted cigar. By that I mean we reviewed a stogie that was...

Tonight was a special, dare I say monumental, night for the TNCC as we reviewed our first submitted cigar. By that I mean we reviewed a stogie that was sent in to us for review and not from our own personal stash. As exciting as this milestone was for us, it also brought about a slight sense of uneasiness amongst the crew because of that dreaded thought weighing on all our minds – “WHAT IF WE DON’T LIKE THIS CIGAR?“. However, being the levelheaded focused manchildren that we all are, we quickly realized that while we are far from cigar experts (according to Professor Jose Blanco nobody is) our opinions based on our individual palates are certainly valid and whether that opinion is great/good/bad/ugly we would be 100% honest in our assessment of the stick even if that means biting the hand that feeds us. And that’s what we did and that’s what we will continue to do because we really don’t know how to do this any other way. We aren’t that good of actors to pull off a two hour smokescreen if were not digging a cigar or beverage. Although Mense did do some acting work years ago that, for obvious reasons, we won’t get into here… we shall save that tale for another day.

Luckily all that worrying was for nothing this time around as the Emilio AF1 was phenomenal. I’ve been a long time fan of the Mexican San Andres maduro wrapper and this baby was beautiful. Dark and toothy, the wrapper appeared chewy and smelled of natural sweetness and leather on the pre-light sniff. I reluctantly punched the perfect cap of the toro and lit her up.
After an initial blast of spice that gave all our taste buds a swift kick in the ass, the AF1 almost immediately down shifted into solid medium strength territory. The construction was flawless with a straight burn line throughout the duration of the smoke and, trust me here, this sucker produced A TON of smoke. Cody said “copious amounts of smoke” and after consulting my dictionary when I got home he was absolutely correct, the AF1 produced COPIOUS amounts of smoke that poured out of the foot, traveling up the body of the cigar where it then met with the white smoke drifting out of the head of the cigar to complete a magical flowing loop… just perfect. I love a smoky cigar, with my beloved Liga Privada 9 being a prime example, and the Emilio reminded me of that. That’s high praise.
Never over powering, the cigar had a nice complexity to it that featured a unique earthiness flavor throughout that everybody commented on. At one point, Tut summed it up as a “beautiful, really good cigar”. I agree with that statement.

Every episode we plan our pairings fairly far out in advance and I suppose it should be expected that we’ll get thrown some curveballs here and there. We were scheduled to pair the Emilio AF1 with the Texian Battle Line brown ale but when our bartender at Obriens Irish Pub went to fill our first round of pints… the keg floated. I guess it’s a popular beer. So Cody and I quickly (well, as quickly as two guys our size can move) made our way down to the tap wall and I set him loose to find us a suitable last minute substitute. His eyes darted back and forth, scanning across the forty plus taps until his target was acquired.

When I first started out as a filmmaker many moons ago, I reached out to dozens of companies to see if they’d be interested in sponsoring my feature film by contributing either products or services to help our little indie production out. One of the only companies that responded (and in a BIG way) was New Belgium Brewing Company. They sent so many cases of Fat Tire to us that we literally were making furniture out of the boxes in our production office (which was a hellish flea infested motel room that I’d rather not reminisce on too long). So when Yaks suggested we switch over to New Belgium’s 1554 Black Lager I did not hesitate to give him a big fucking thumbs up and we were back in business.

As Tut stated during the podcast, it turns out the 1554 is a “damn good talking and drinking beer” and we all unanimously agreed. Like last episode’s Karbach Weisse Versa Wheat Hefeweizen, the 1554 is a deliciously complex crossover beer. Cody goes into great detail about the history behind the beer during our discussion on the show so I encourage you to check it out if you know what’s good for you. With a unique taste that’s smooth and chocolaty but refreshingly void of any coffee presence this beer is seemingly perfect for pairing with a medium bodied cigar such as the Emilio AF1. The 1554 also has zero after taste so that’s a real plus when you’re trying to get a complete picture of cigar you’re smoking without it being overpowered by your beer.

I know I say this quite frequently here on the episode pages BUT this is a case where you really should listen to the podcast to get our complete take on Stephen King’s Maximum Overdrive. The majority of us in the TNCC are lifelong fans of King’s writing so it wasn’t easy taking in this cinematic oddity… ok ok, cinematic disaster. The biggest logic hurdle I had to personally overcome was actually believing that King wrote the laughably bad screenplay, I mean, this is the same dude who wrote The Shining and Christine for God’s sake! And, sadly, the issues with Maximum Overdrive only multiplied exponentially whenever the paper thin characters opened their mouths. A great writer evidently does not necessarily translate to a great film director… or even a competent one. Mense educated us during the show that apparently this was made during King’s peak of substance abuse which explains a lot.

Poor bastard… On a completely superficial level it’s a fun flick with just enough tiny splashes of classic King dialogue to ease the suffering of watching painfully poor performances all around. But ultimately who’s fault is that – the director? the actors? you? That’s right, maybe this whole mess is your fault. Who made you? WHO MADE WHO?!? 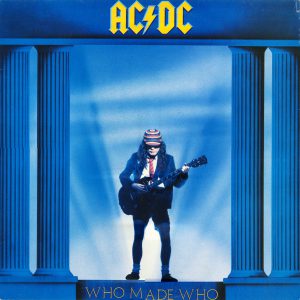 This was an episode about sentimentality in a lot of ways, in that we all had reasons to WANT to like all three subjects being reviewed but sometimes you just have to call a turd a turd no matter how much it hurts the fanboy inside of you. The Emilio AF1 was a really nice surprise, seek out this undiscovered gem in your local B&M and if you can’t find it request it. The 1554 was fantastic as well. As music superstar Meatloaf once said, “Two out of three aint bad”.

See you next time when we’ll review another cigar, beverage, and film from the upstairs balcony of Obriens Irish Pub. May the wings of liberty never lose a feather.