The highly unique lemon cake note is by far the highlight of the 53 minute smoking experience as it’s a pleasant addition that I can’t recall picking up on any other cigars that I’ve smoked in recent memory...

So, I’m going to go ahead and get this out of the way now – I am typically not a fan of lanceros. I can’t tell you exactly why, the lancero vitola just typically doesn’t sing to me in the same way that other sizes in the same blend do.

There are always exceptions to the rule. The La Flor de Ynclan Lancero Especial is one of the best, if not THE best, lanceros that I’ve ever smoked. So I’m excited to light up this newly released long & skinny offering from Villiger Cigars and see what’s what. Here’s what the company has to say about this particular blend:

“This is a very limited edition project which uses tobaccos from 2015 and 2016. The reason why it’s called Villiger Miami is that it’s a blend that Mr. Rene Castañeda, President of Villiger Cigars North America, has been giving out to people who visit the company’s Miami office. The cigars are made at ABAM Cigar Factory in the Dominican Republic…”

THE CIGAR – MIAMI LAGUITO No. 1 by VILLIGER CIGARS 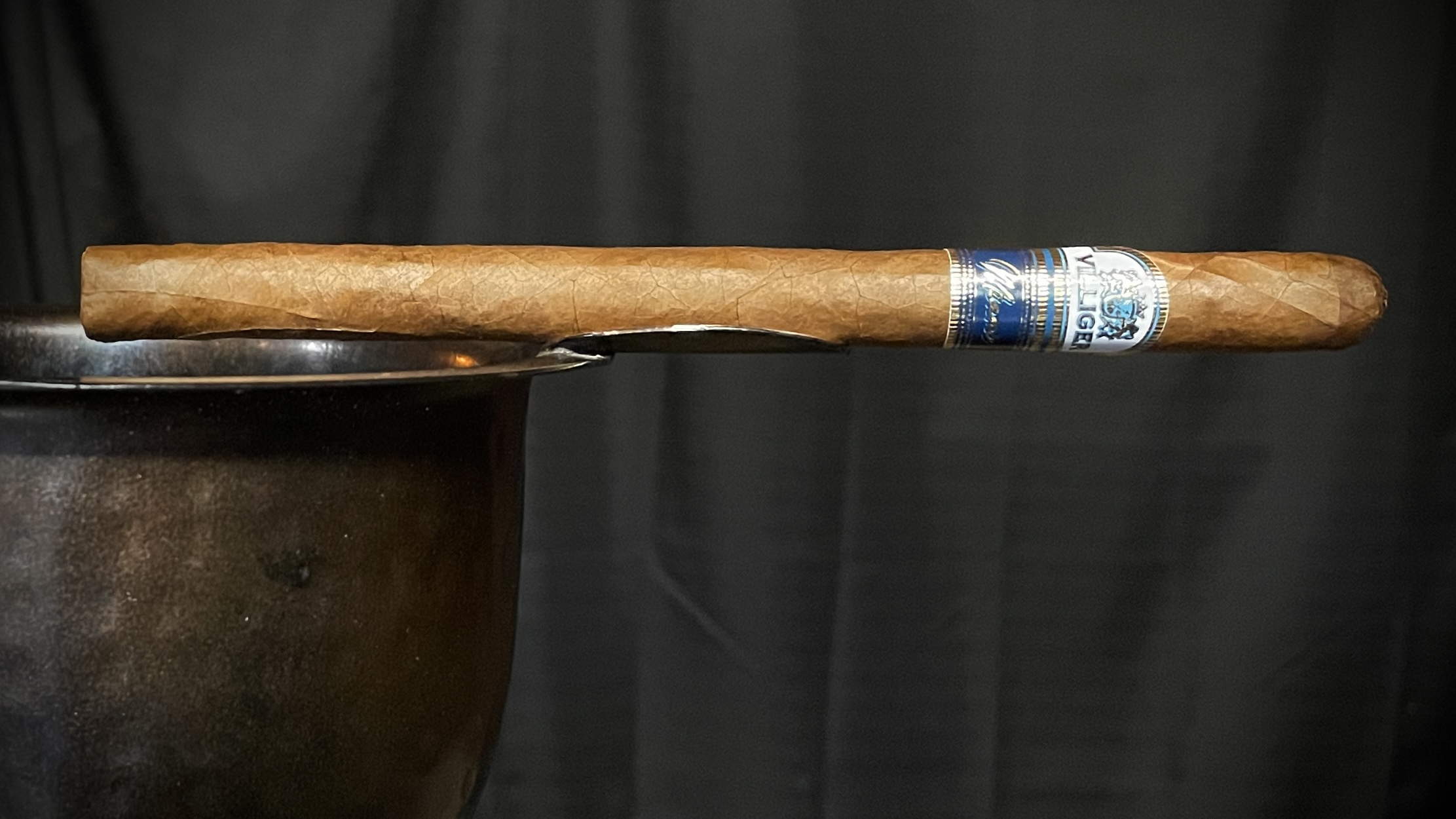 The light brown wrapper features a few prominent veins which lead to certain sections of the Villiger Miami being slightly lumpy to the touch. The Connecticut Desflorado leaf’s aroma is that of cedar and honey, while sniffing the foot of the cigar directly reveals an interesting floral aroma very similar to smelling a rose bush. 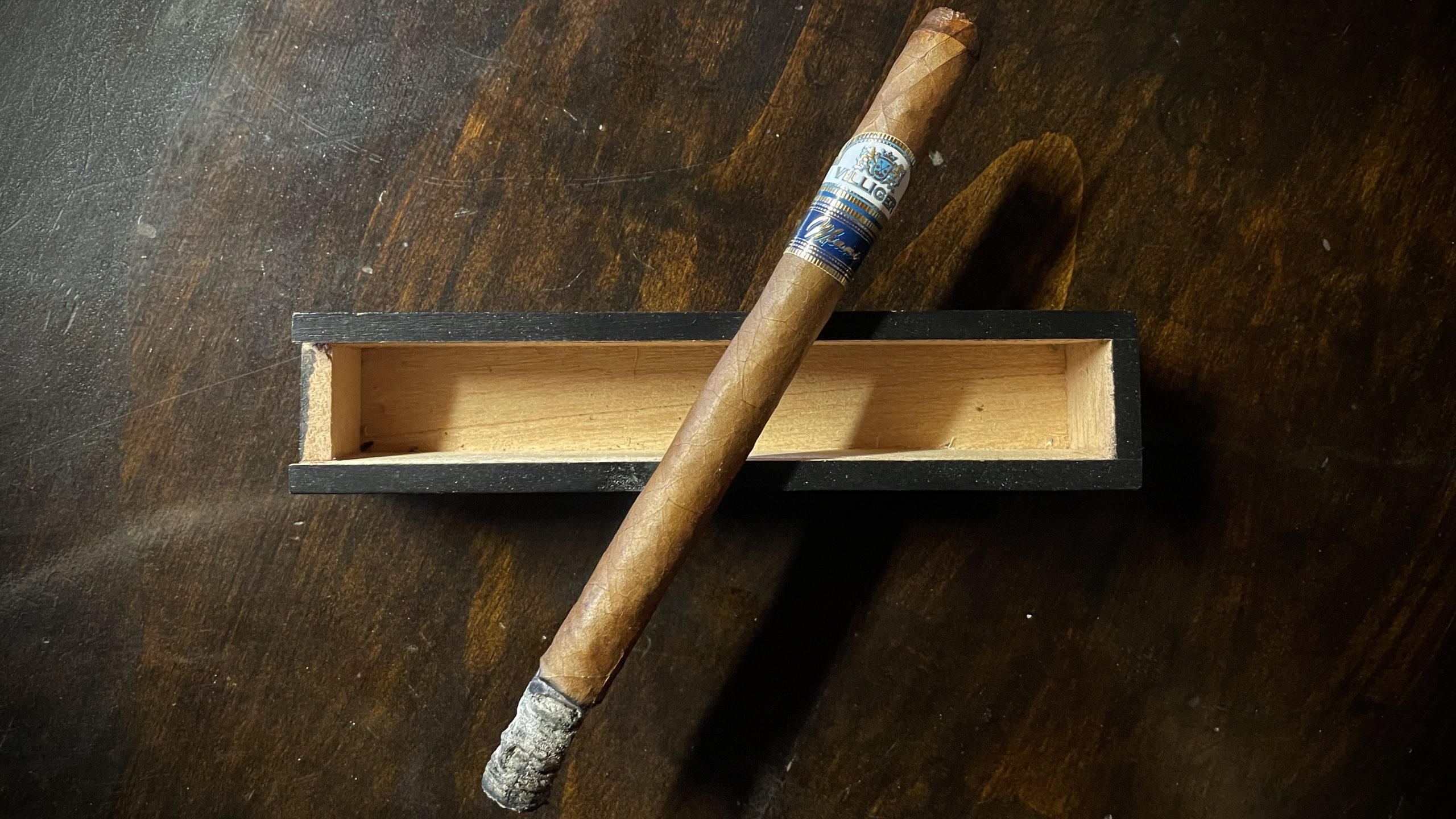 The Villiger Miami’s cold draw features even more flowery notes accompanied by some salt and leather. Upon ignition, medium-strength white pepper presents itself immediately through the nose backed by some mild leather. The draw’s core flavors early on are cedar and more leather. The white pepper downshifts considerably around the 1” mark leaving the leathery note all alone for quite some time before a lemon cake note arises. This lemony flavor eventually overtakes the leather becoming the dominating presence on the retrohale. 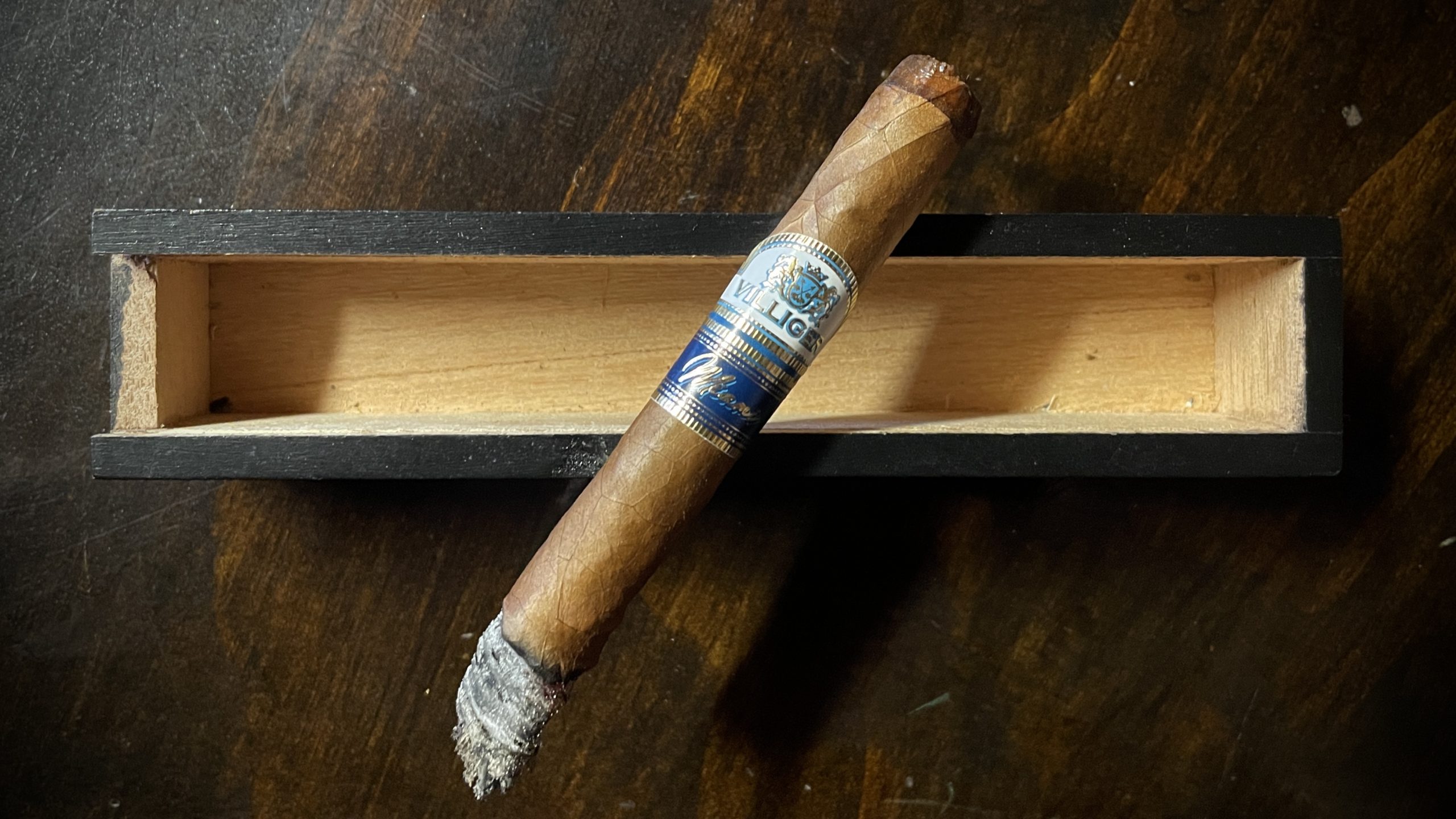 Construction so far has been very good with a smooth draw and satisfactory burn; however, the ash is very fragile so keep an eye on it as it tends to drop frequently (your lap will thank you). While it may seem like an odd combination of flavors on the surface, the lemon cake note is working rather well with the consistent cedar and leather via the draw. A resurgence of the pepper spice right before the fifty yard line is most welcome as it adds some balance between what’s going on upstairs and what’s going on downstairs… 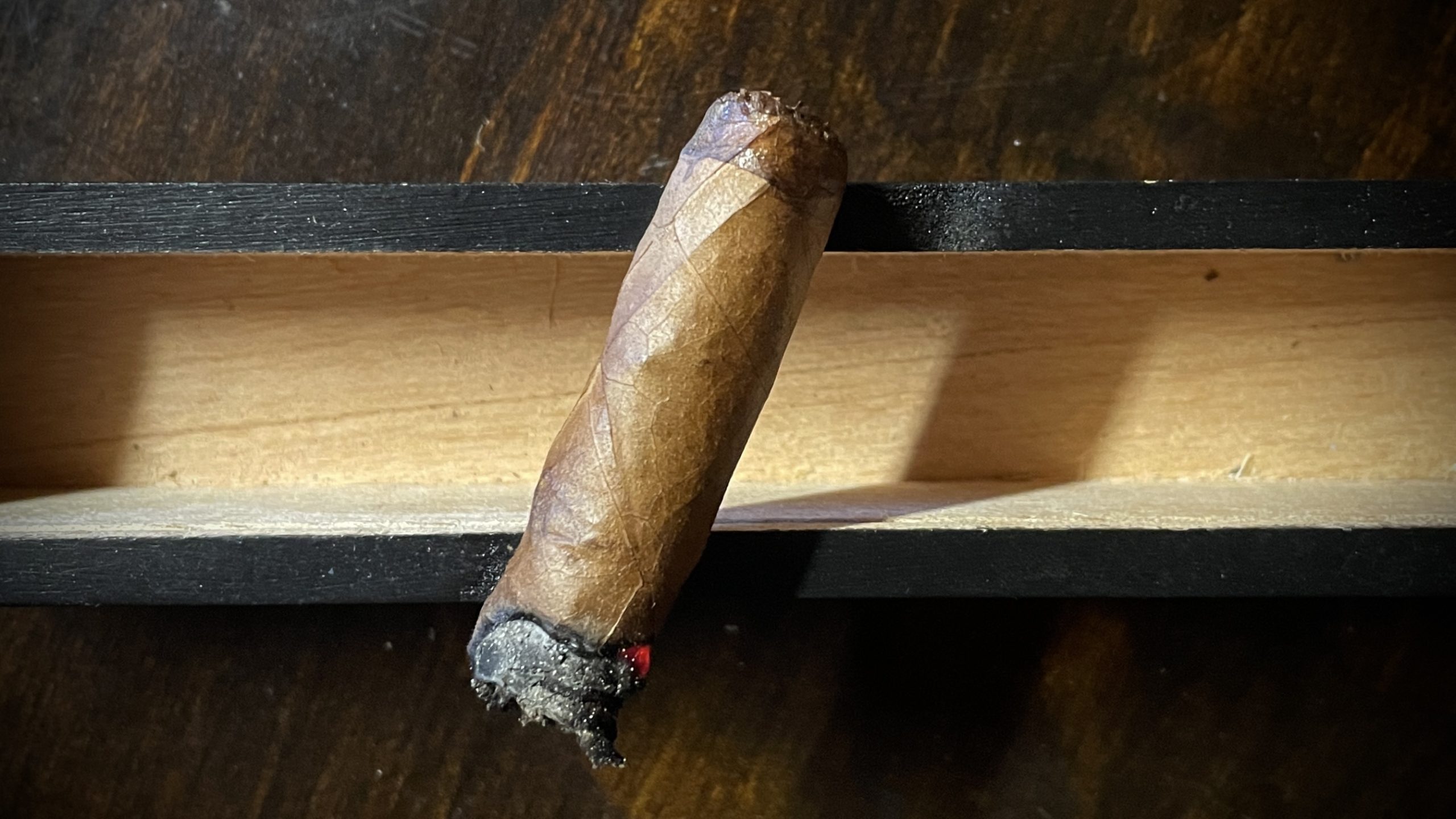 The white pepper has once again receded in to the background here in the beginning of the final third, leaving the core flavor profile of lemon cake, cedar, and leather rolling right along. Construction continues to impress right up to the very end with no touch ups or maintenance required whatsoever. The Laguito No. 1 begins to burn a bit too hot for my liking with about an inch remain so I call it a day. 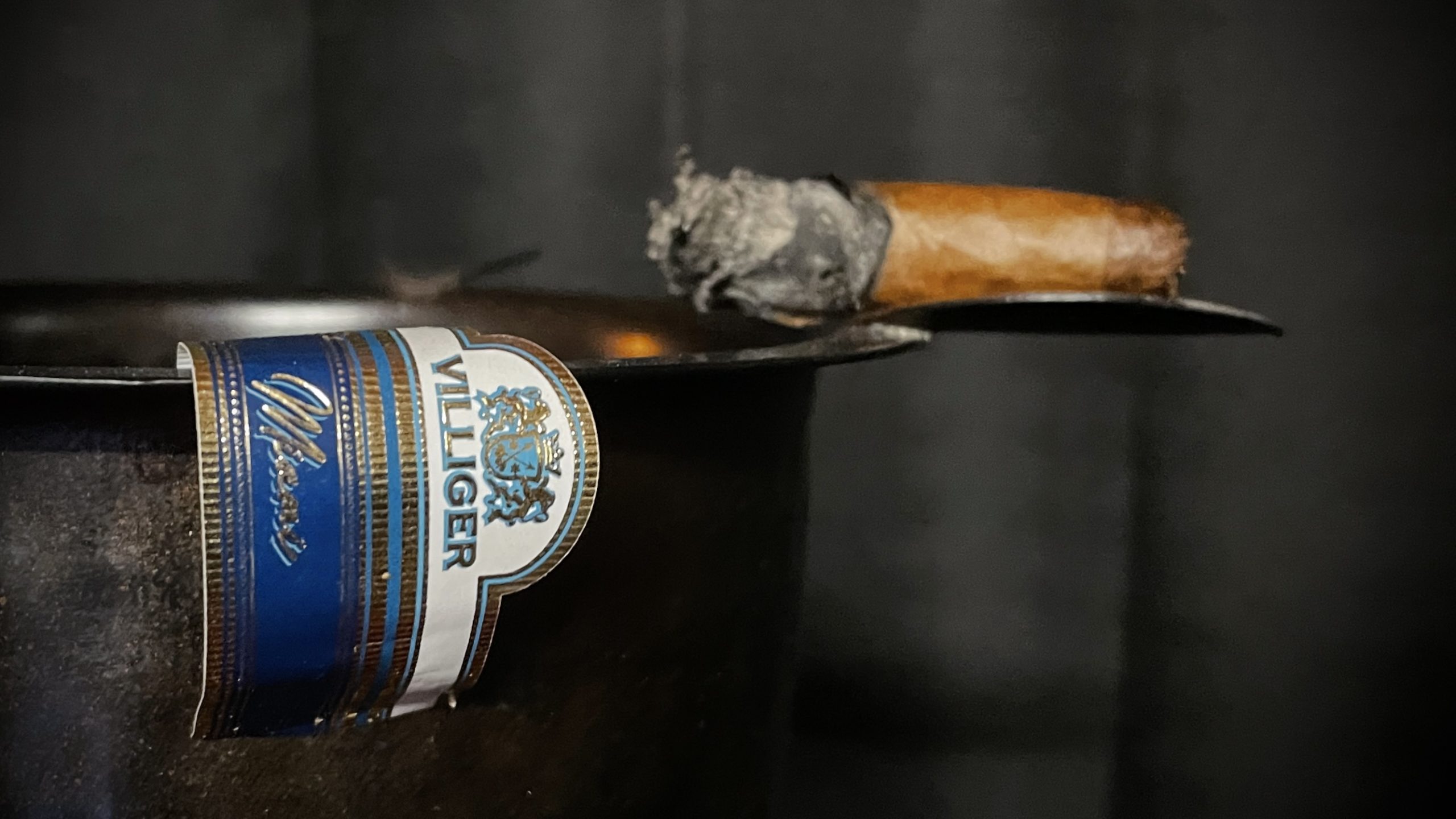 Interesting side note, to me at least, the wrapper is designated by Villiger as a “Connecticut Desflorado” and a quick Google translation informed me that desflorado means deflowered. Although I certainly didn’t feel deflowered after smoking the Villiger Miami Laguito No. 1, I am highly confident in recommending it to fans of light, mild cigars. While the flavor profile is very straight-forward, the highly unique lemon cake note is by far the highlight of the 53 minute smoking experience as it’s a pleasant addition that I can’t recall picking up on any other cigars that I’ve smoked in recent memory. While it sure as hell isn’t the Ynclan, it sure as shit aint too shabby…