Complex yet easily discernible flavors, surprising transitions in both strength and core notes, everything just gels together in perfect harmony...

Prior to this evening, I smoked my one and only Liga Privada H99 Connecticut Corojo at the IPCPR trade show (now PCA) in 2018. Prerelease samples of this still highly limited blend were damn near impossible to obtain but I was able to get my grubby mits on one and my mind was instantly blown. 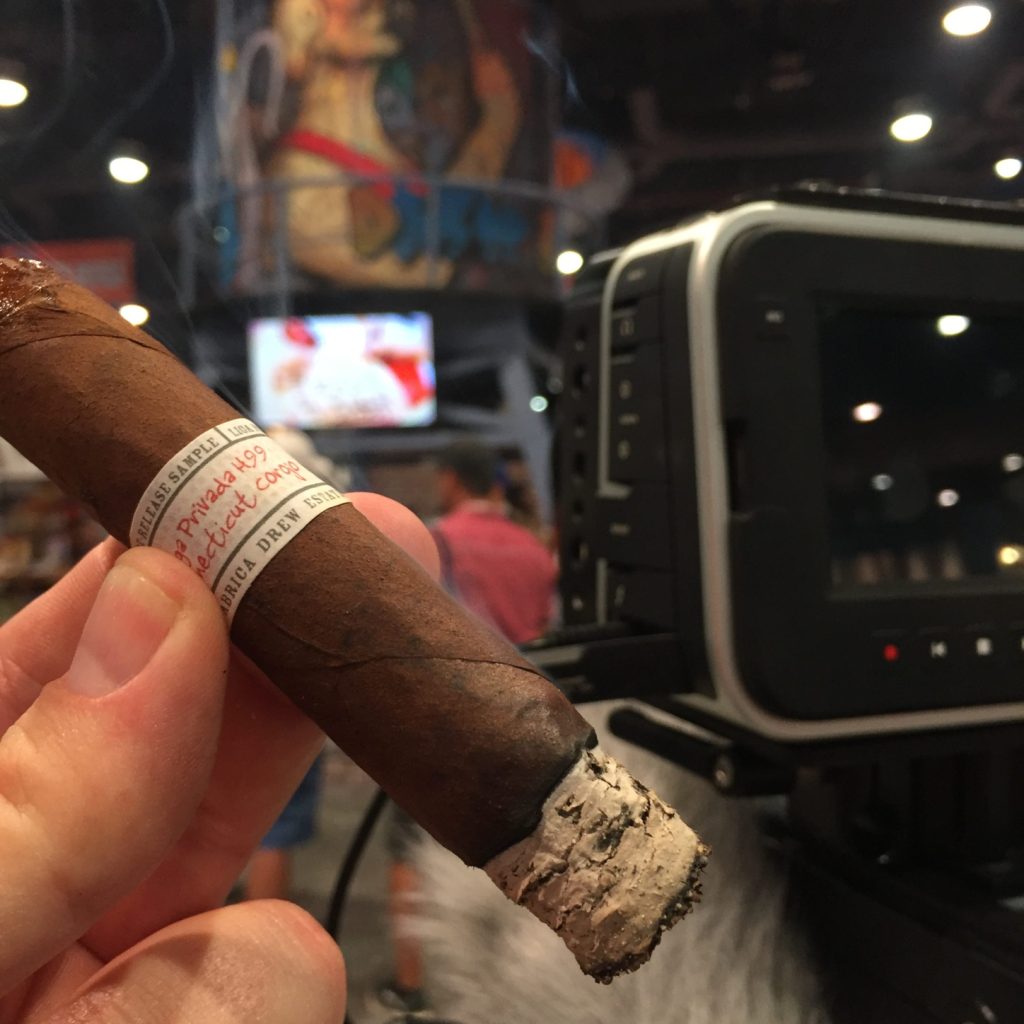 At the conclusion of the show, I loudly declared the H99 to be my absolute favorite new release of any manufacturer without hesitation. And then the waiting began, and more waiting, and more waiting… and it wasn’t until just last week here in the SUMMER OF 2022 that I was finally able to obtain another H99 via a reasonably priced sampler from an online retailer. Unsure of when I’d be able to acquire another of these highly elusive sticks, I decided to review this sucker now while I had the opportunity…

From the Drew Estate website,
Patience and a never-ending drive to craft the world’s most exceptional cigars are deeply rooted in the 10 year history of Liga Privada. Maintaining the core tenants of the Liga firebrand, the H99 features a Corojo capa from the heart of the Connecticut River Valley, where we grow the mighty leaf that graces Liga Privada with a San Andres Otapan Negro Último Corte capote over a core blend of well-aged Nicaraguan and Honduran tripa leaf. The marked contrast between naturally sweet tobacco spice with dense earthy layers produces a luxuriously rich smoke that fully reveals itself in an epic finish.

From the Wynwood Safehouse, Jonathan Drew, President and Founder of Drew Estate,
“Following the revolution in Cuba, the Corojo seed took roots in Florida, Nicaragua, and Honduras. Growing Corojo in new climates produced mixed results and much heartache for those who chose to grow it. By creating hybrids of Corojo the leaf was reborn keeping all of its spice and potency intact. Hibrido or Hybridization is a farm-level process utilized for decades to create tobacco that is disease resistant, but also to display the qualities of an unmatched capa.”

From Little Havana, Miami, Willy Herrera, Master Blender,
“We started the process of fermenting Connecticut Corojo alongside Connecticut Criollo tobacco at the factory. The factory team and I conjured up numerous blends but ultimately, we selected the blend featuring the Otapan Negro Ultimo Corte capote for its spiciness that pairs with the sweetness of corojo. Our job now is to continue working with the farmers to increase the wrapper yield with each harvest year over year. It’s been long hours preparing for the national release. This leaf is unique.” 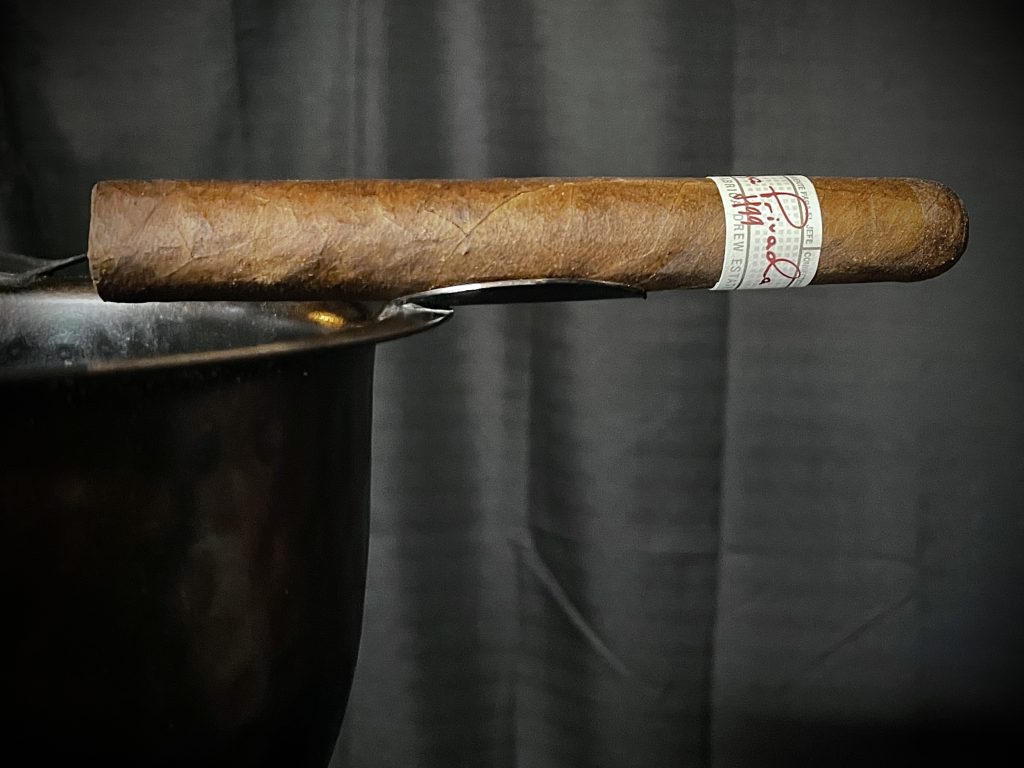 The Connecticut corojo wrapper features some slight surface oils and the aroma is equal parts well-worn leather and cedar shavings. So basically if Indiana Jones was a hamster, this is what he’d smell like. 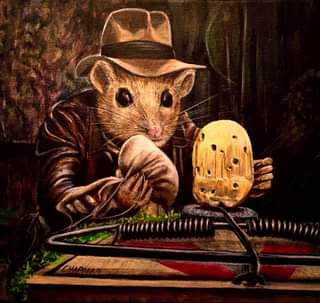 Artwork by Travis Chapman. If you can think it, some talented person on the internet has more than likely already drawn it…

There’s more cedar and a touch of sweetness detected when sniffing the foot of the Liga Privada H99 directly. The cigar has just the desired amount of give when gently squeezed between two fingers. Let’s go! 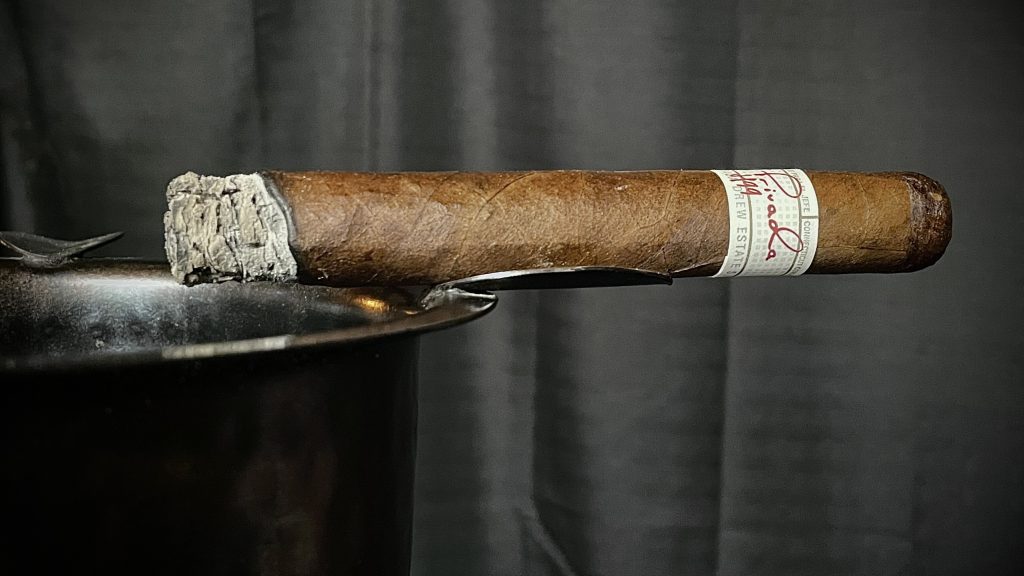 The H99’s cold draw is comprised of almonds, cedar, leather, and a faint sense of cinnamon. Upon torching the foot, crisp white pepper tingles the nostrils where as the draw’s profile is split evenly between light roast coffee and mineral. Smoke production is outrageous and the H99’s aroma is divine. At around the 1” mark, a subtle orange zest accompanied by some creaminess begins developing on the backend of the draw. 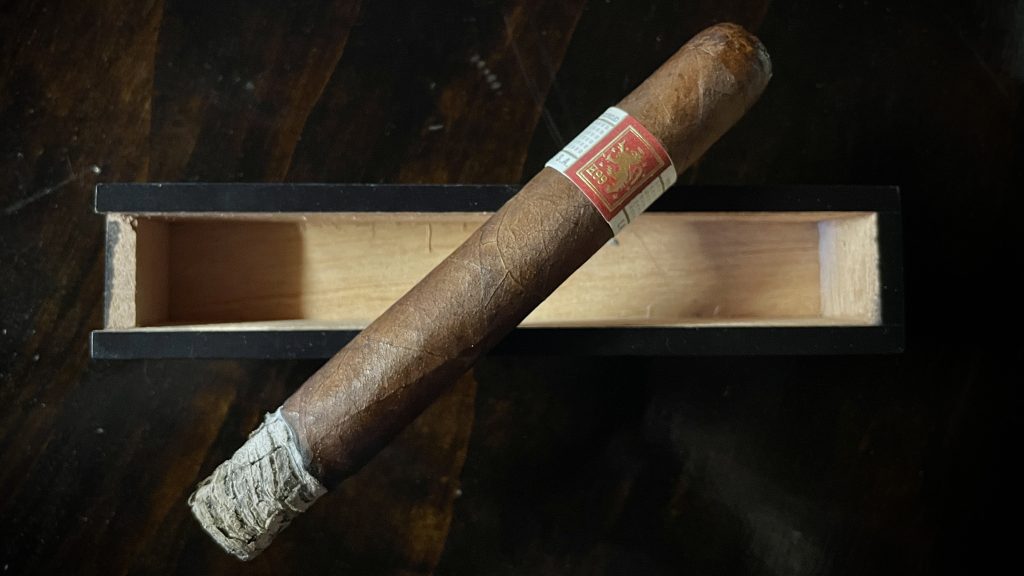 The pepper spice begins to settle down some as we approach the end of the first third leaving us with the mineral and an interesting graphite note on the retrohale. 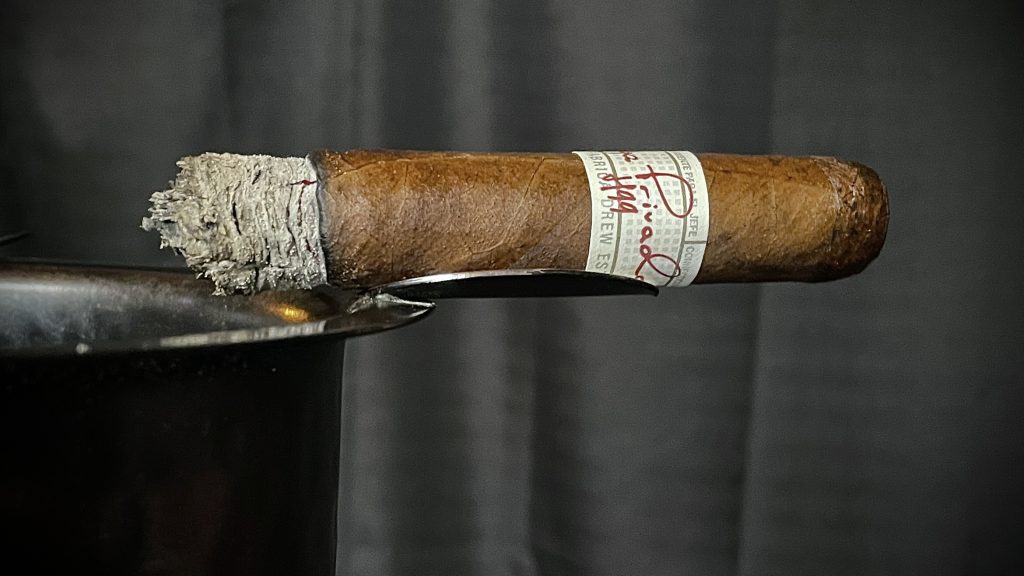 Coffee, cream, newfound mild leather, and the orange zest are all present in the middle portion of the H99. The mineral component has shifted and is now entirely concentrated through the retrohale and it works very well with the aforementioned graphite. The white pepper has all but disappeared by the fifty yard line, reducing the cigar’s overall strength considerably. A vanilla butter cream icing flavor begins to develop on the draw and it pairs beautifully with the other flavors at play. 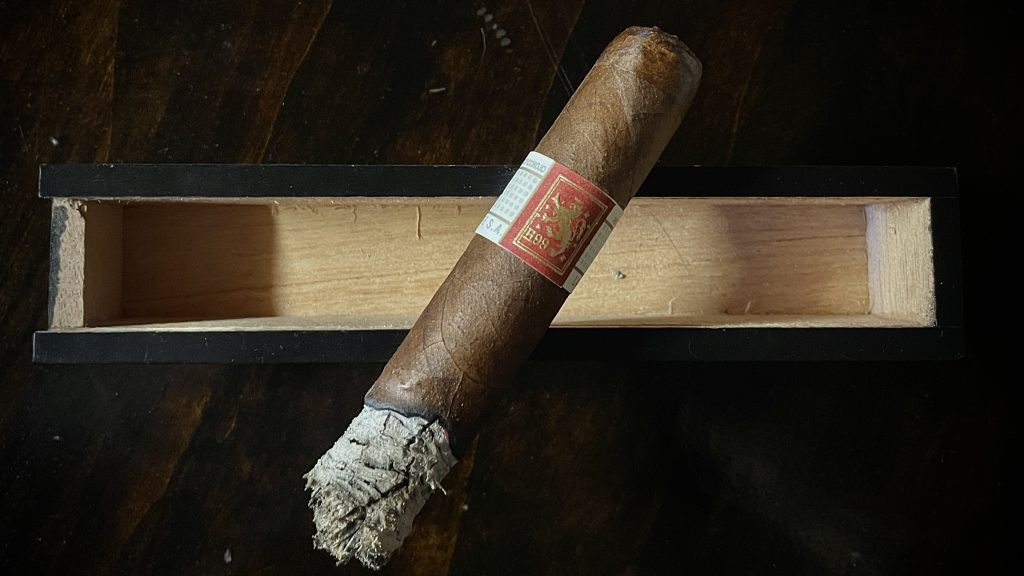 Construction is spectacular overall with a smooth draw, straight burn line, and zero issues whatsoever. As we reach the end of the second third, coffee, cream, vanilla icing, and mild leather are the now dominant notes via the draw. Wait just a good goddamn minute… is that white pepper starting to make a resurgence through the nose? 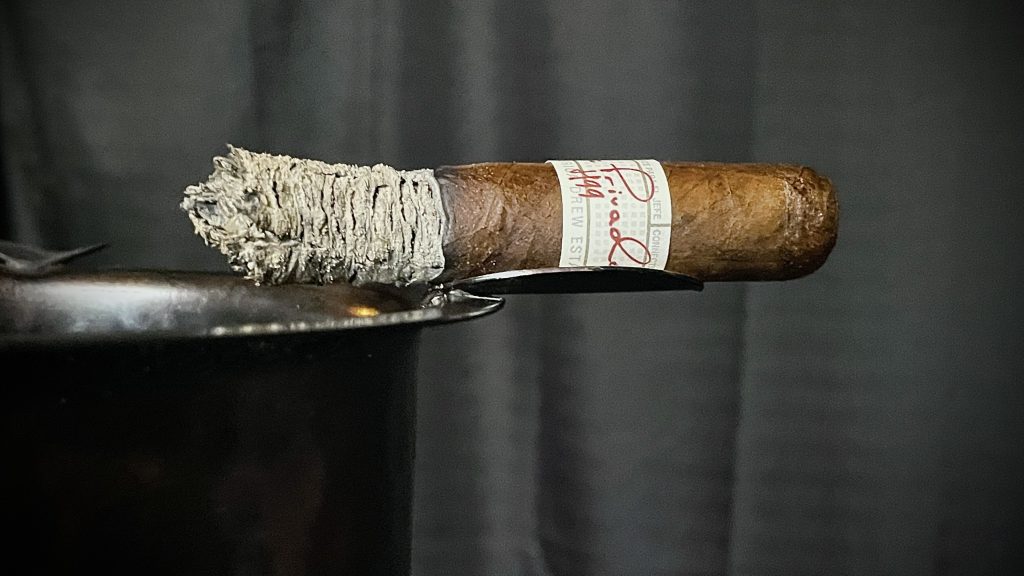 Yes it is! The retro’s white pepper spice is climbing its way back in to the profile now and its strength is balancing out the H99’s more delicate flavors quite well. When I spoke to Jonathan Drew about the H99 way back in 2019 I stated that the cigar was extremely “complex” and I’m happy to confirm that I wasn’t misremembering that initial trade show smoking experience. This is one seriously complex Liga Privada. Spice, mild leather, orange zest, and light roast coffee are all dancing together nicely now as we’ve mostly bid farewell to the cream and vanilla notes. 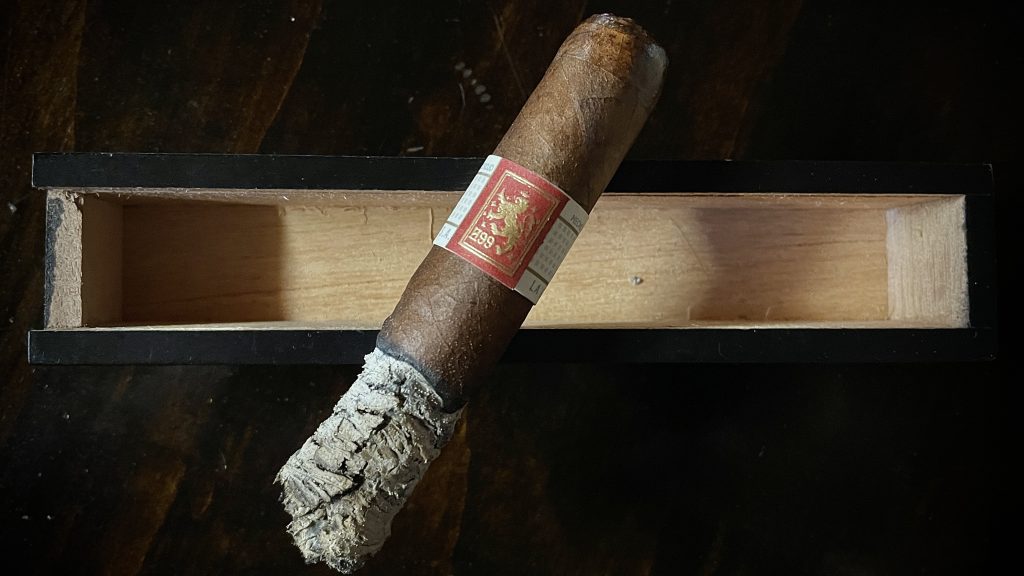 It’s definitely worth mentioning again that smoke production has been copious from start to finish, very much worthy of the Liga Privada branding, and the H99’s aroma is easily the most distinct and pleasant that I’ve experienced in recent memory. The cigar smells just as good as it tastes which is very rarely the case… Oh and just before we sadly reach the nub of the H99 that creaminess reemerges in the background of the draw once again. 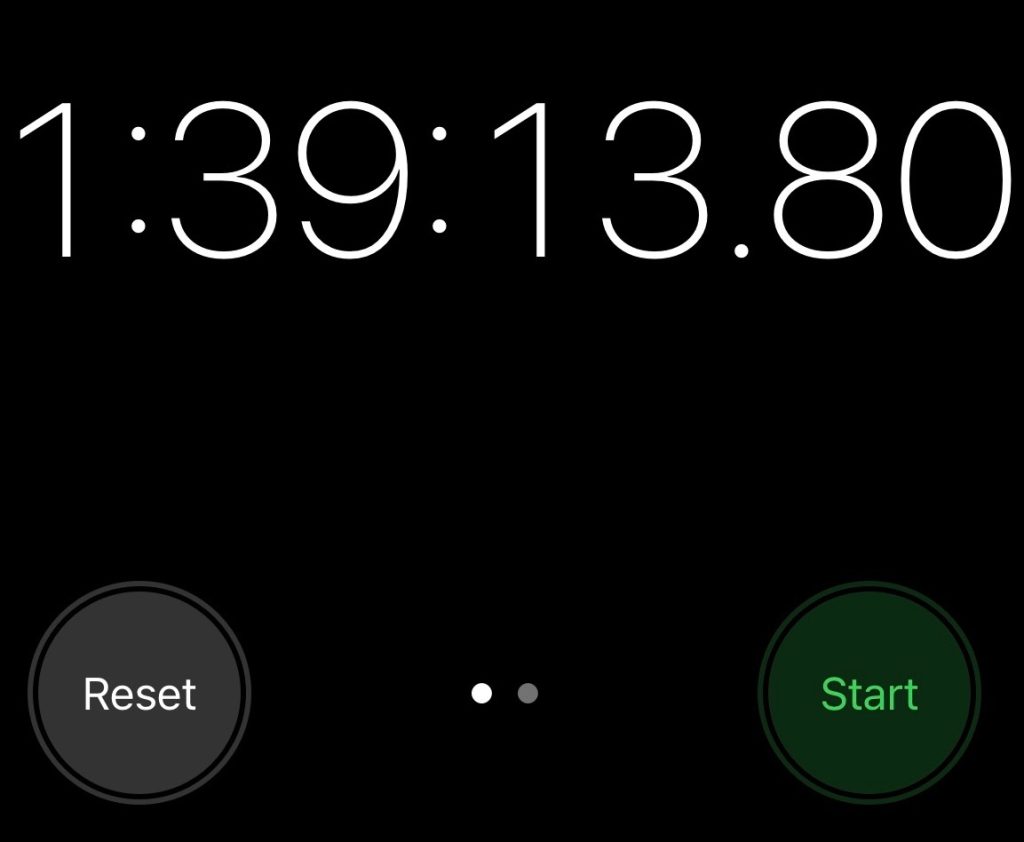 So was the 4 year wait worth it? FUCK YES. In my opinion the H99 is the most nuanced Liga Privada offering “available” as of the writing of this review. And, yeah, I placed the word available snarkily in quotes as this is still a difficult cigar to find if you’re looking at purchasing just the H99 alone and not as part of a larger Drew Estate sampler.

I completely understand why retailers are using this special cigar as bait, as frustrating as that may be to those of us who just want to buy a box or handful of H99s. I can’t stand it when annoying cigar media know-it-alls tell me how I should be running the Tuesday Night Cigar Club so I won’t dare tell a brick and mortar tobacco shop how to handle their business in today’s economy. 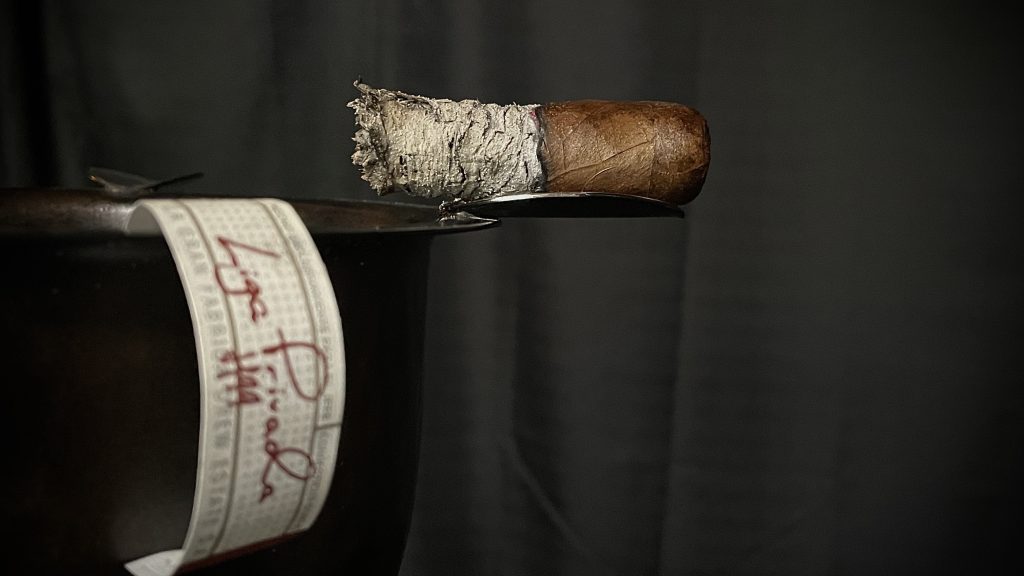 Complex yet easily discernible flavors, surprising transitions in both strength and core notes, everything just gels together in perfect harmony here. Simply put, the Liga Privada H99 Connecticut Corojo is not box worthy but rather multiple box purchases worthy. And while I won’t hold my breath on that front, a boy can always dream… hopefully another 3 years won’t pass by before I can smoke another. And there is a new event-only lancero vitola, the Phineas Gage, that I now need to seek out as well! So hunt these down ASAP, boys and gilrls, you absolutely will not regret the effort involved once you put flame to foot. Guaranteed.