The Jacob’s Ladder Brimstone Oblivion is its best self when it allows the black pepper to rule the roost and take a backseat to no other elements of the blend...

We have previously featured three variations of the Jacob’s Ladder cigar on the Tuesday Night Cigar Club podcast. The ballsy original blend was reviewed on Episode 63 (our #6 cigar of 2017), the surprisingly milder Brimstone on Episode 103, and finally the impressive Brimstone Un Presidente back on Episode 128 (our #5 cigar of 2020). So, yes, the TNCC has quite a bit of experience with the Jacob’s Ladder brand and when the Brimstone Oblivion hit our desk we were eager to see what it had in store for us… 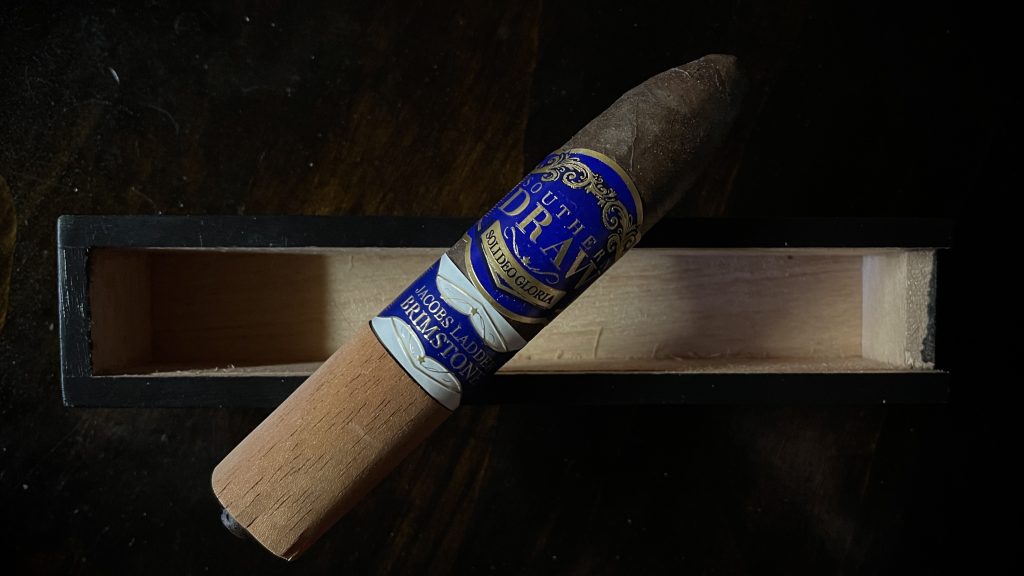 Upon removing both the cello and the short cedar sleeve, there’s distinct aromas of hay and leather present and just a hint of sweetness detected when sniffing the tapered foot of the Oblivion directly. 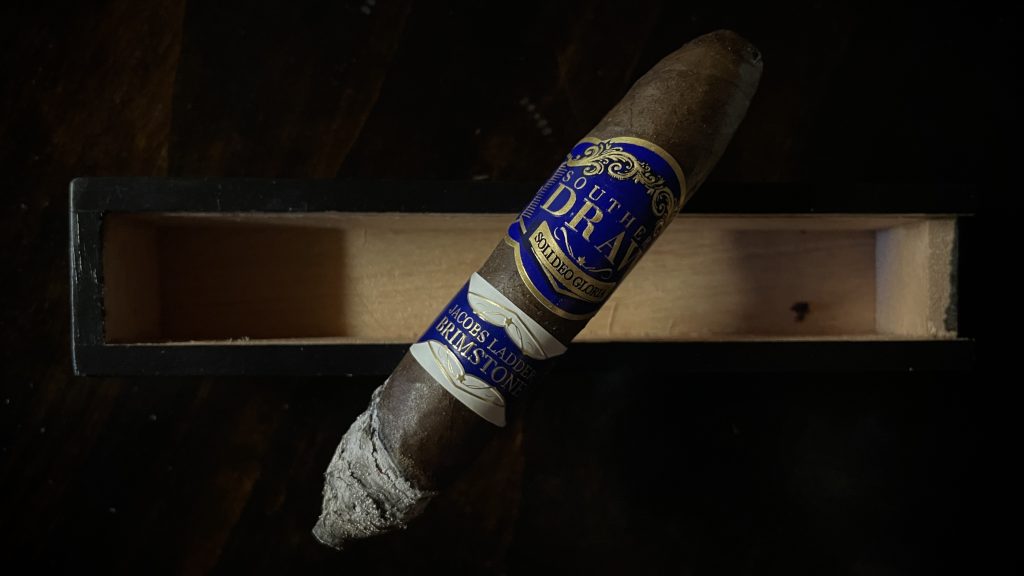 While you certainly can’t tell from my professional-grade photographs, the primary band on the Oblivion is more of a dark purple to the naked eye than the deep blue captured in these pics. What can I say, I’m no Ansel Adams so just get off my case about it… The cold draw reveals a rich, raisin-like sweetness. Once the tapered foot of the perfecto is set on fire, first impressions are of nostril-tingling black pepper through the nose while the draw is primarily earth and leather here early on. When the burn line hits the full body of the Oblivion, smoke production increases immediately and with that a healthy does of mineral joins the potent pepper on the retrohale. The earthy note exits the party early on, leaving leather and a strong espresso flavor. 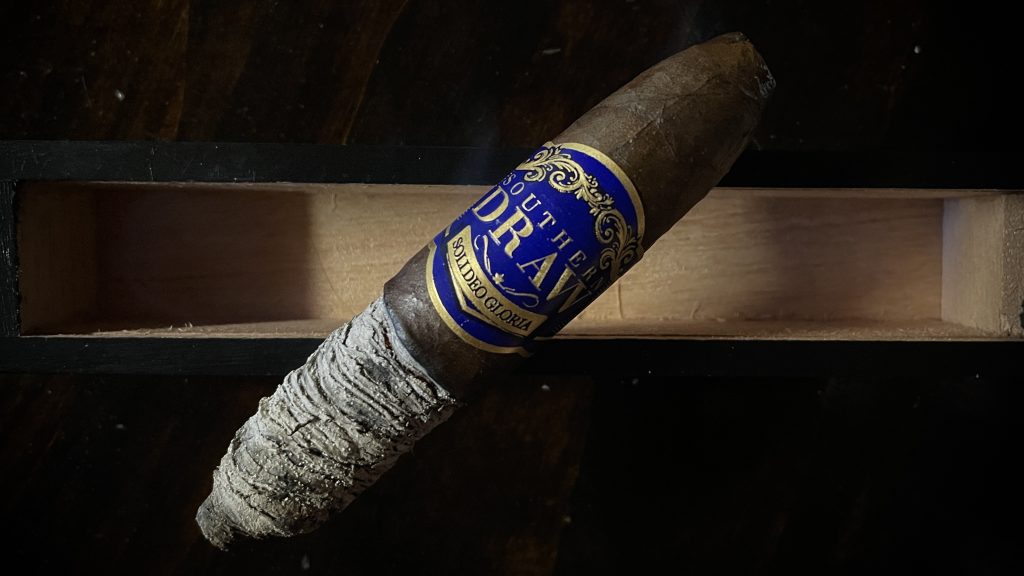 Construction so far has been good, with a very smooth draw that results in copious smoke production. The burn line did begin to grow slightly uneven at the end of the first third but a quick touch-up with a lighter seemed to resolve that issue for now. The retrohale’s strength that was big and bold at the beginning of the smoking experience has now dialed itself down a notch. This was NOT the case with a separate sample smoked earlier, as the black pepper remained a dominant force from beginning to end. I’m going to attribute this inconsistency in strength between the two cigars to the inclusion of the mineral this time around which I did not pick up when smoking the previous Oblivion. The draw’s core flavors of leather and espresso remain steadfast here in the middle portion of the cigar. 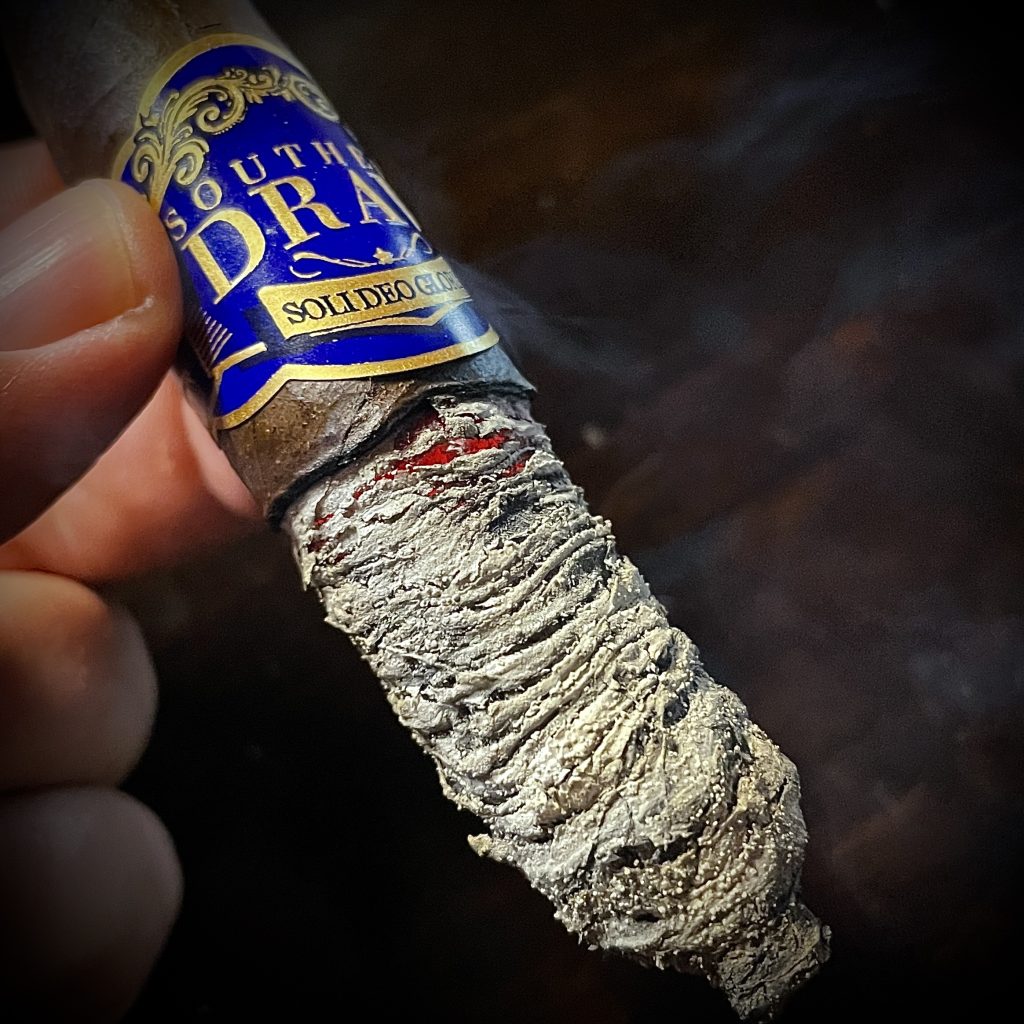 The Oblivion is performing flawlessly in the final act, the minor burn issue never returned once corrected and each puff is brining in loads of smoke. The beautiful ash finally drops under its own weight right around the fifty yard line… 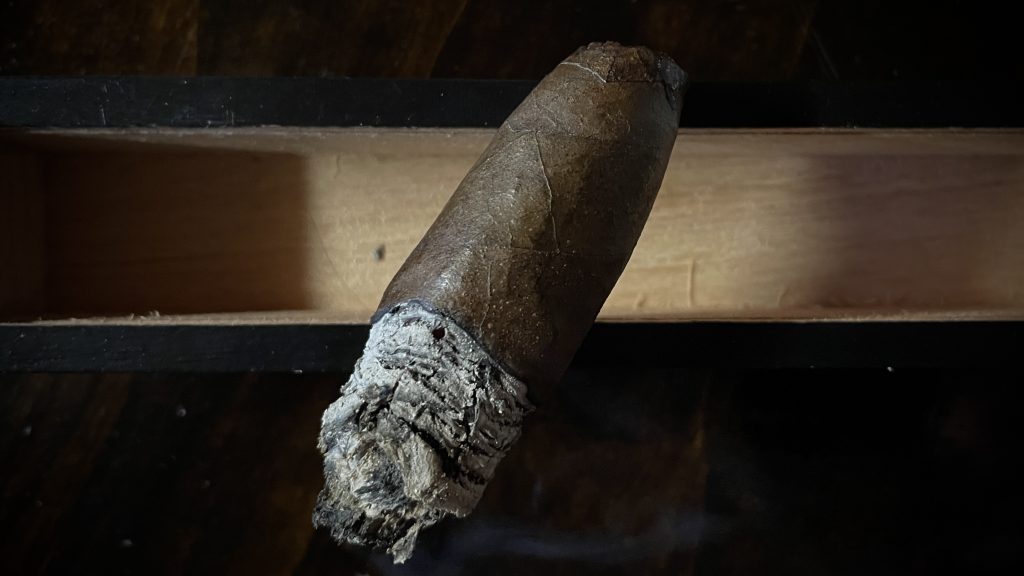 Flavor wise, things remain unchanged form the second third with leather and espresso dominating the draw and that pepper/mineral combo still shining through loud and clear via the retro. As noted previously, in the first sample smoked the black pepper strength was significantly greater than it is here in the second sample for review. It simply never let up on the first go-around and I honestly preferred that ballbusting strength over this slightly tamer experience.

With about an inch or so to go, the black pepper’s strength does in fact begin to increase. As the mineral presence fades away in to the night, that instance of addition by subtraction allows the pepper to shine through once again. Hallelujah! 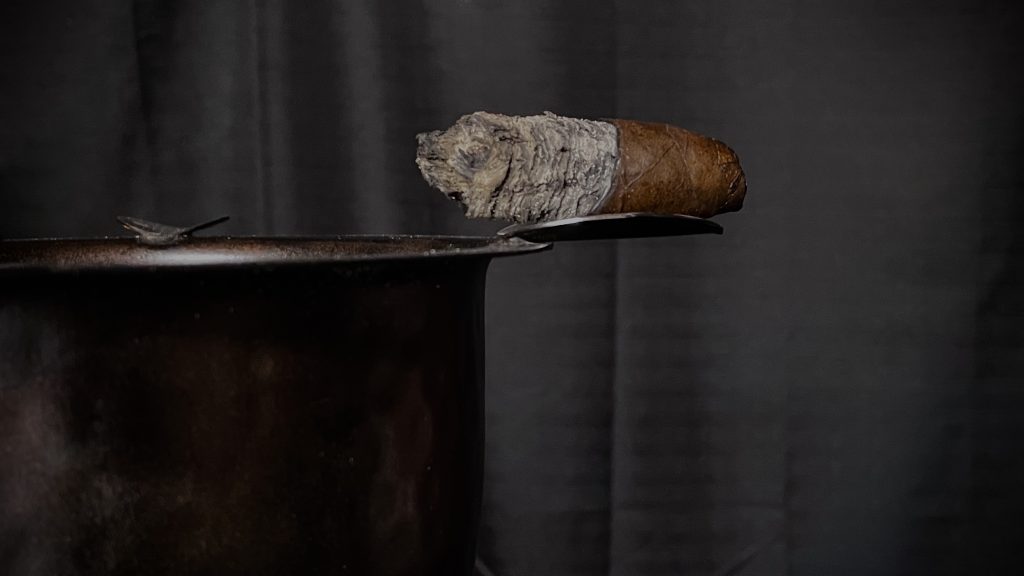 The Jacob’s Ladder Brimstone Oblivion is its best self when it allows the black pepper to rule the roost and take a backseat to no other elements of the blend. When that strength is front and center throughout the 68 minute smoking experience, THIS is the variation of the Jacob’s Ladder line that will have ligero lovers and those seeking a bold powerhouse of a cigar happy. On the flip side, when the strength is not full blast, the Oblivion is a well balanced, straightforward cigar with easily discernible flavors that certainly shouldn’t cause anyone to be unhappy. So you can’t lose here really… it’s a damn good cigar.