It's our long awaited religious episode! Well, sort of... but not really... 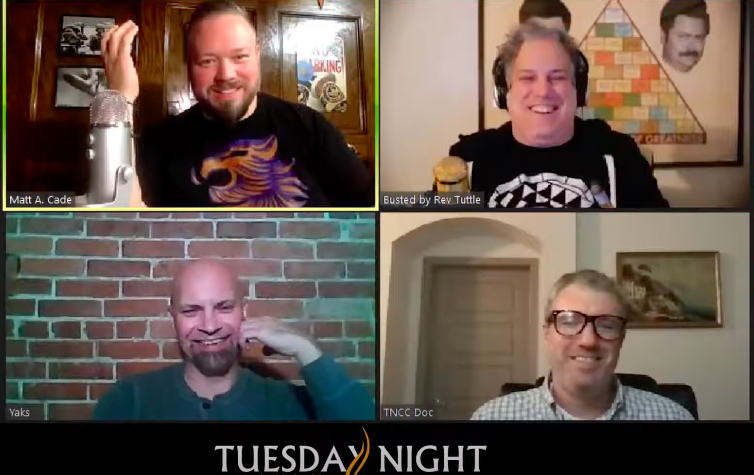 “By being so strongly anti-imperialism, does that mean this cult is against imperial stouts too? Because in that case we’d be running for our goddamn lives!”

It’s our long awaited religious episode! Well, sort of… but not really. We drink some beer made by monks, we smoke a cigar with a biblical name, and we talk our way through a film which examines a religious cult. If you’ve come here looking for grand answers on God and all things holy, why? Have you ever listened to the show before? BUT if you’ve come here looking for a fun time, just click the links below and JOIN THE PARTY! 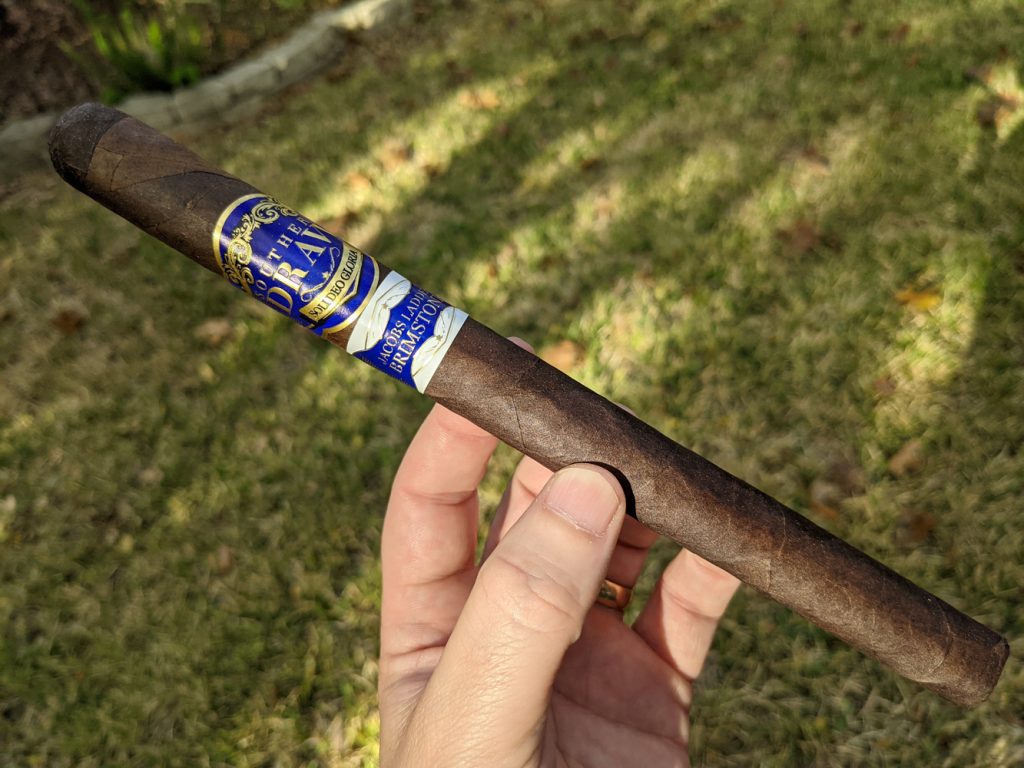 Finally someone makes a cigar that’s just the right size for the length of our show! Right as I purposefully try to shorten the running time of our shows… that tracks. The Un Presidente was released just prior to the recent presidential election here in the states but Southern Draw’s “Chief Evangelist” Robert Holt says that was strictly a coincidence and he’s a good guy so we believe him. 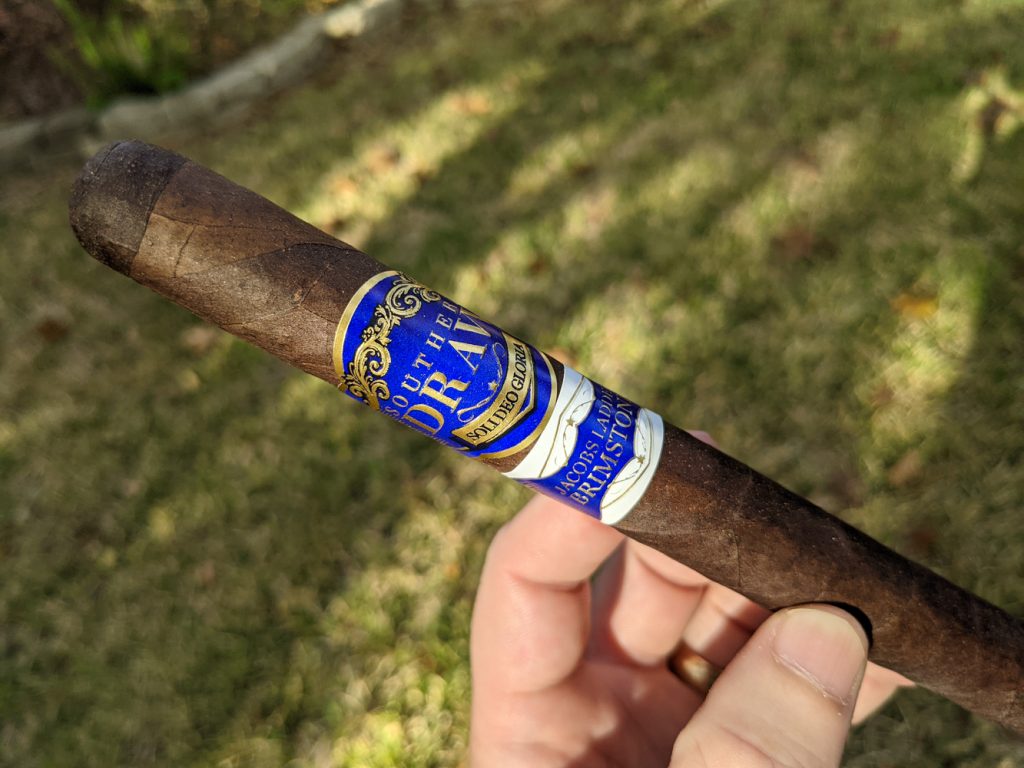 Well not only did we get strong alfalfa on the cold draw but we also picked up on some green tea notes as well. And I, personally, sensed a really chewy dark sweetness as well. It’s that sweetness from American tobaccos that only patriotic American tobaccos can deliver. We can act ballsy, and we can act stupid, but we Americans ultimately at our core are actually a very sweet people. And we got coffee big time on the draw upon ignition and a very sharp spice that grew on the nose. The very nice aroma pouring from the beautiful blue smoke flooded The Corner Of No Hope quickly. The cigar is bold forward on the nose for sure and it’s a highly enjoyable retrohale that can’t be denied. That heavy retrohale mixed with the earthiness and a heavy coffee on the draw… so damn good. There’s a definite ligero presence but it’s damn impressive in that it’s presentable to all, rookies and veteran smokers. It’s so SMOOTH when all pulled together and that’s not easy to execute but Southern Draw does it and it does it well… 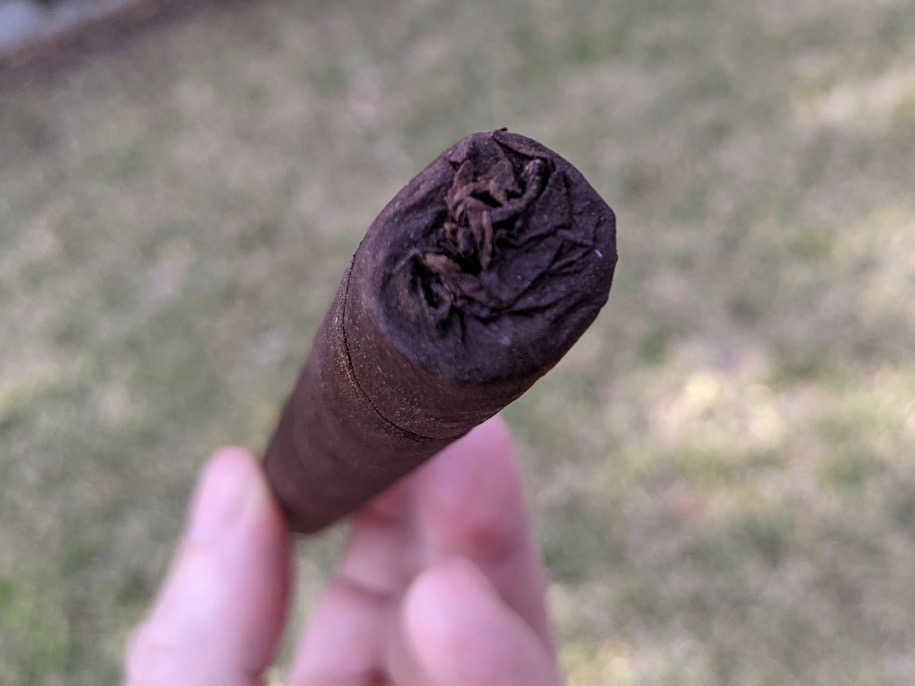 That spicy ligero continues to just hang heavy on your nose while the flavors on the draw continue to shine. There’s a balance to this cigar which is admirable throughout the smoking experience. In the second half, a dark Cherry sweetness presents itself that might have been influenced by our beers but I’d like to think that’s not the case. For such a long cigar it smokes rather quickly while never burning hot, construction is fantastic all around. This is our favorite representation of the Jacob’s Ladder blend by far. The presentation of consistently delicious bold earth and coffee balanced out with a ligero heavy retrohale that still revealed some subtle green tea notes, all of those factors resulted in a complete package that is remarkably smooth (if you don’t blow smoke out of your nose with the Brimstone you’re missing out big time). Seek this cigar out ASAP, especially at this price point, and pair it with a dark malty complex beer and you’ll see that we’re 100% right on this one. It’s nine inches of paradise… that’s what she said. 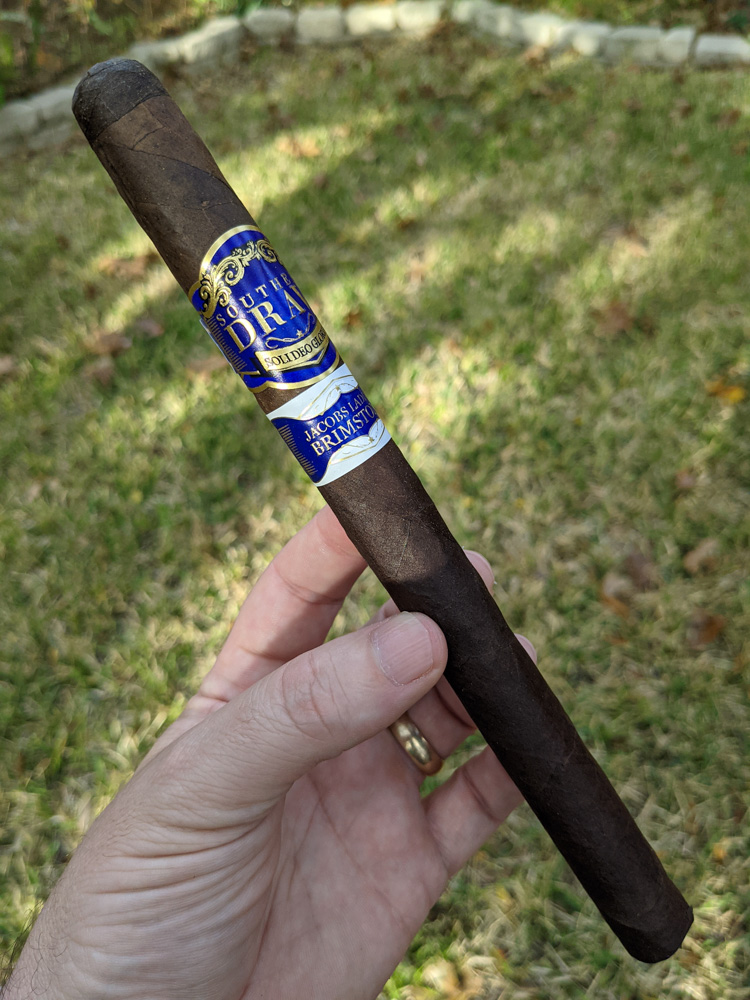 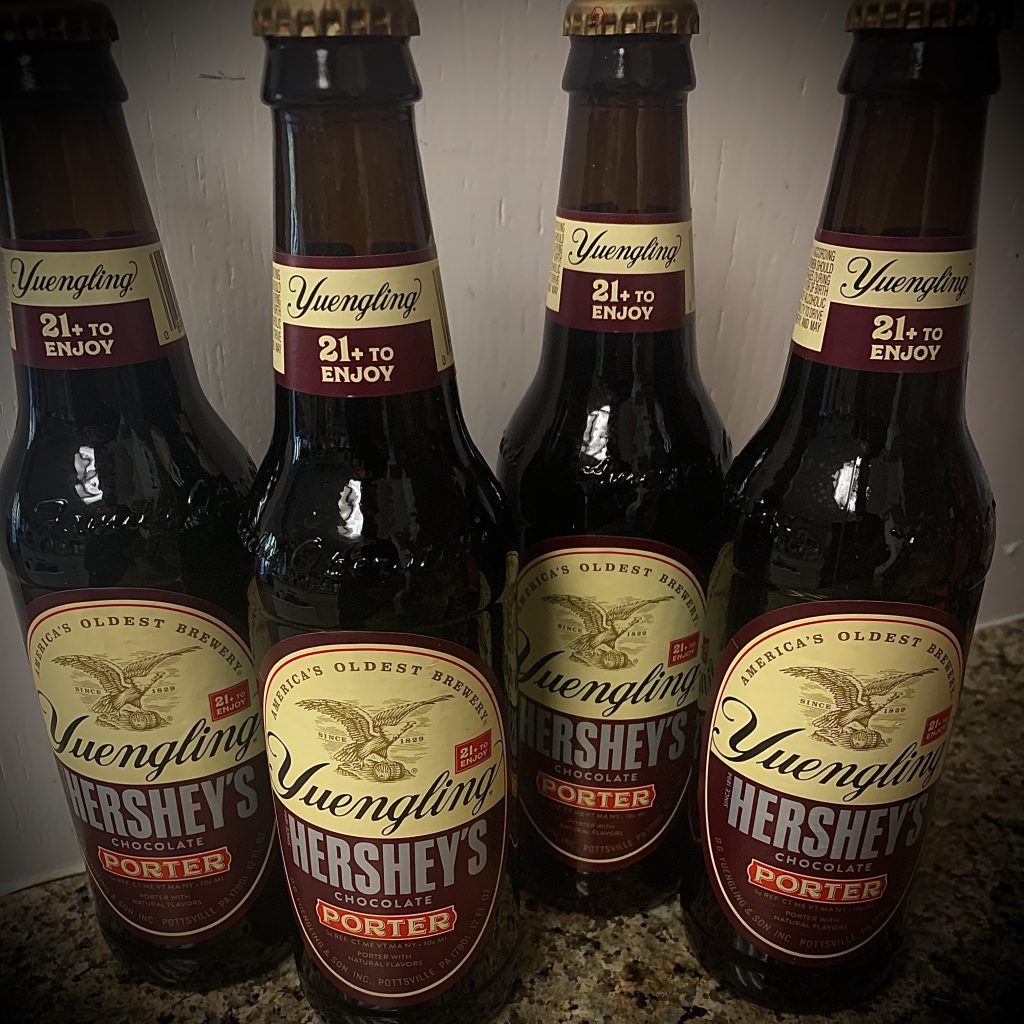 Yuengling is the oldest brewery in America (1829!) and for some bullshit reason we can’t can’t get their beers here in Texas BUT our New York brother Rev Java sent me a couple of these and since this is our big religious episode I thought it would be fitting to start the show off with this gift from the good reverend. The beer smells like a Tootsie Roll and it tastes like a melted down Tootsie Roll, so as a dessert beer it’s great but there’s no way I could drink more than one of these in a row without developing diabetes. There is a nice crispness on the front end and the mouthfeel is light as opposed to the thick and syrupy nature expected of a beer infused with Hershey’s but still… one and done for me. 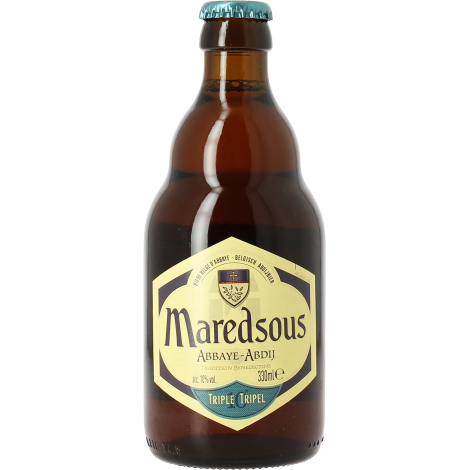 A 10% flavor bomb brewed from a recipe concocted by monks (this is our religious episode so that certainly fits). But those greedy monks sold the rights to their beer many years ago so now it’s made by a big USA brewery; however, that doesn’t make it any less flavorful and delicious. And, hold up, turns out that the monks never even brewed this beer as they only knew how to make cheese… they just licensed the name of their monastery to Duvel to use. But I’m sure that money went to feeding orphans so I’ll give it a pass. This sucker is a plum and rich fruit heavy beer, malts galore, but somehow it keeps it all in check and lets tonight’s cigar speak for itself… 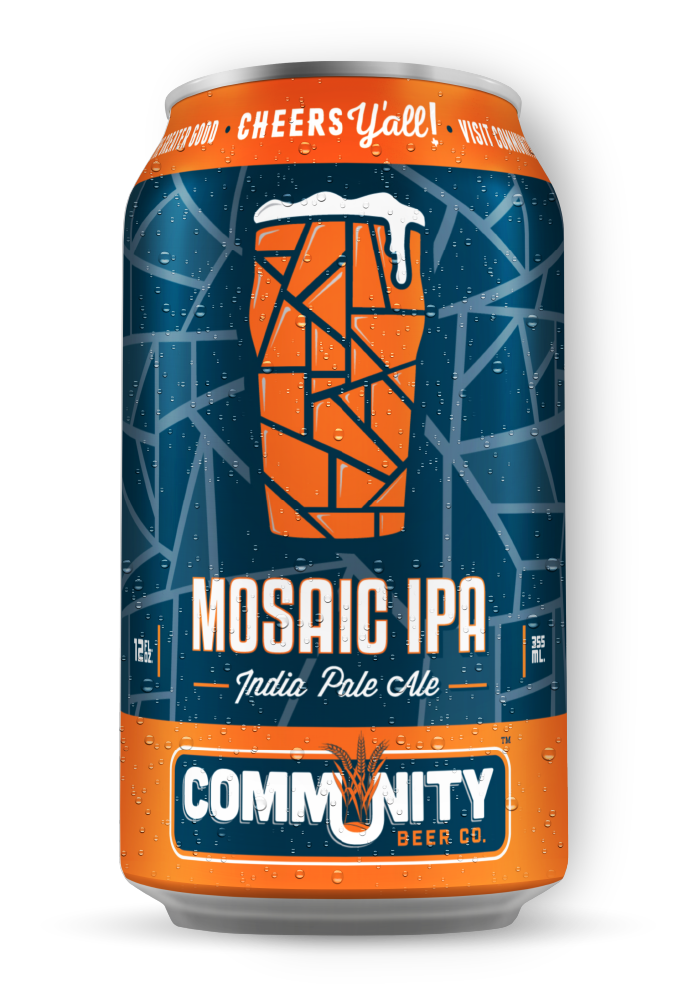 Our film tonight dives in to a very unique COMMUNITY so I thought this beer by COMMUNITY Beer Company would be a fitting night cap. Great aroma, nice straight forward hop presence, it’s no wonder why this beer is available on so many taps across the country. 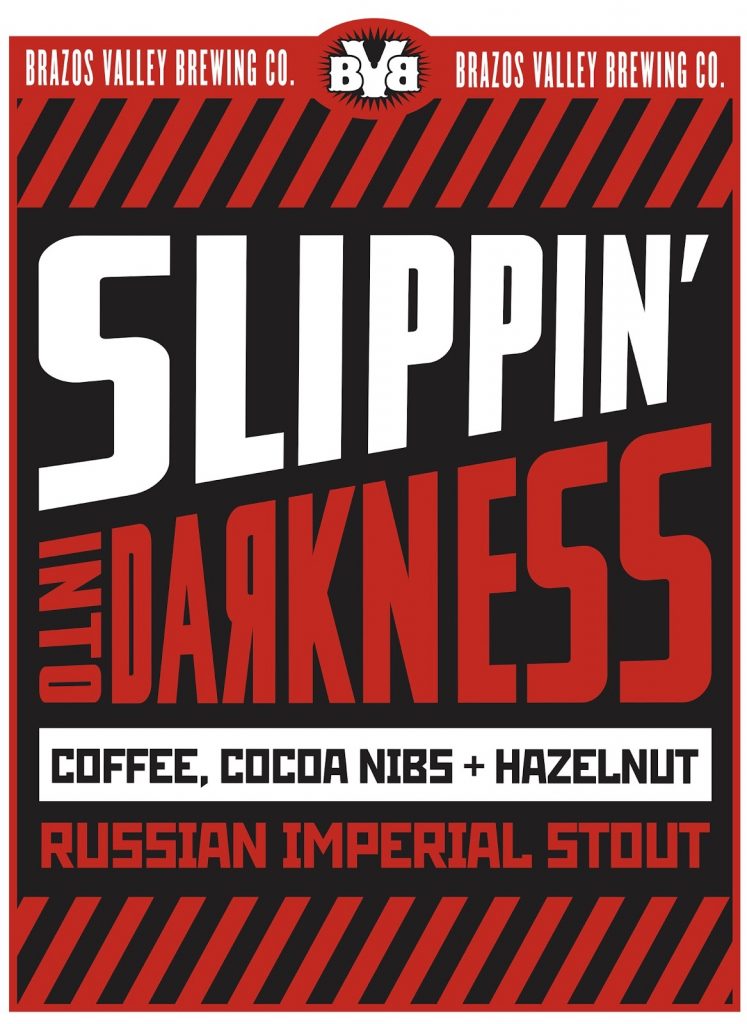 This Russian Imperial Stout, at 10.5% and around 40 IBUs and an infusion of Jet Fuel coffee from Independence Coffee Company, is heavy on the cocoa nibs, maple, and coffee flavors. Tut said that this beer should definitely not be served cold, as when the beer warms up a bit the flavors really begin to shine and are far less medicinal than they present themselves off the cold pour. And this beer paired beautifully with tonight’s cigar so take note of that! 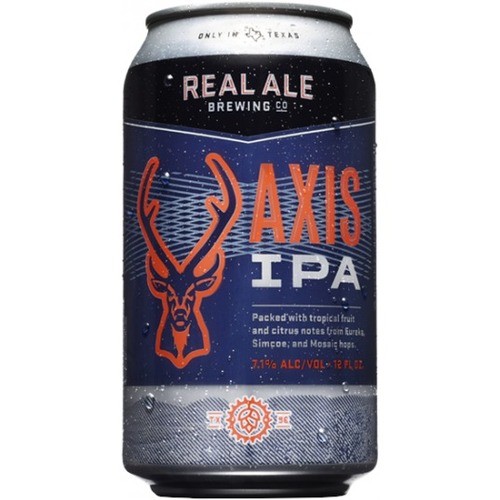 This brewery, which has been going strong since 1996, is one of our favorites on the show. At 7% and 70 IBUs this is a very straight forward IPA that delivers the goods and The Doctor agreed with that diagnosis. Nice hop bite and super smooth… and the “Axis Powers” was the name given to the evil nazis and fascist Italians back in the day and there’s a definite note of EVIL in tonight’s film so I guess we will check the pairing box here for The Doctor… although somewhat reluctantly. The Doctor’s pairing grade = F- 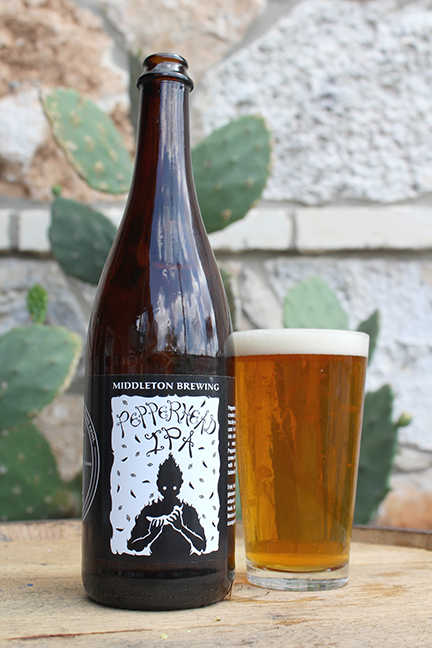 Middleton’s motto is “Where beer is brewed no evil can exist” and without checking the scriptures to verify that sounds about right. The Pepperhead IPA is a jalapeño infused beer and Yaks thought that might play well with our powerhouse of a cigar this evening. Was he right? Well you’re just going to have to listen/watch the show below and find out! And the bottle does feature a hop demon on the label so I guess that’s somewhat religious… but not really. Yak Boy’a pairing grade = F+ 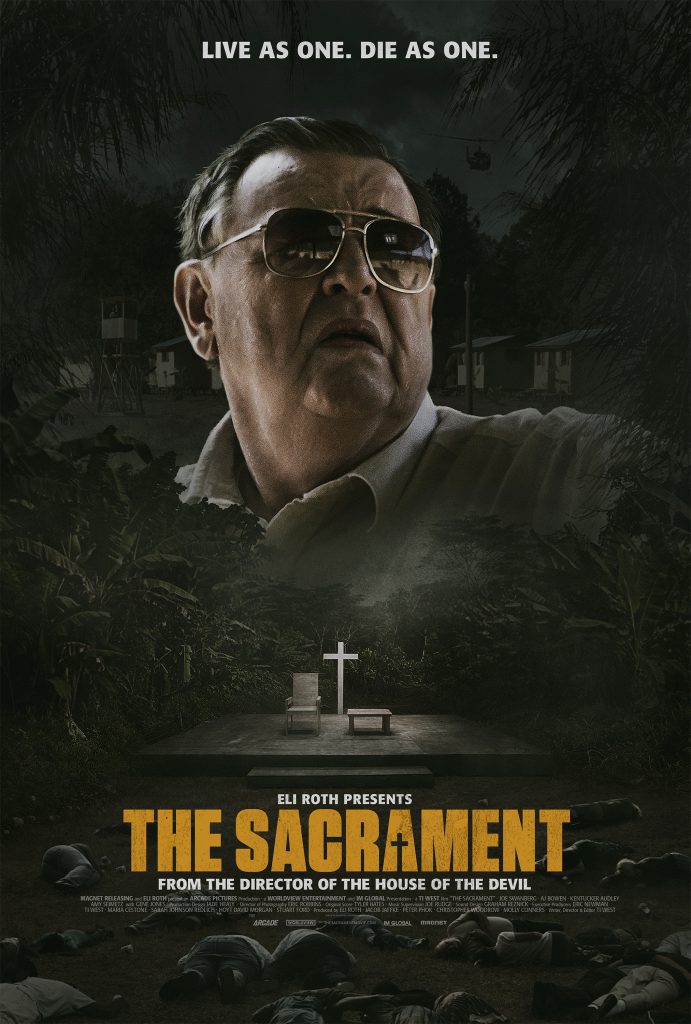 A news team trails a man as he travels into the world of Eden Parish to find his missing sister, where it becomes apparent that this paradise may not be as it seems…

Don’t let the “Eli Roth” credit in the opening title sequence color your opinion going in to this film because that’s not fair at all. This is a real film made by real filmmakers and you need to just disregard that giant red flag immediately. Also, DO NOT watch the trailer for The Sacrament prior to viewing this movie as it certainly takes away a certain element of surprise as far as where the story goes… 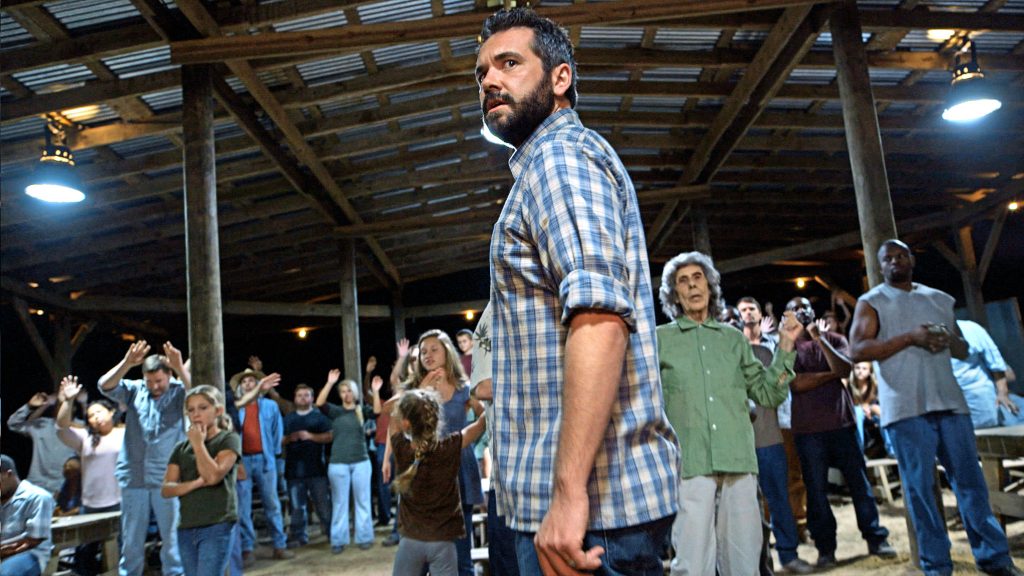 AJ Bowen is in this film and he’s one of the unsung greats on the independent film scene, he makes it look easy when you know damn well there’s a ton of work going in to his performance. And both Joe Swanberg and Amy Seimetz rock the house too! This is a movie simply overflowing with great performances but none deserve attention more than this dude… 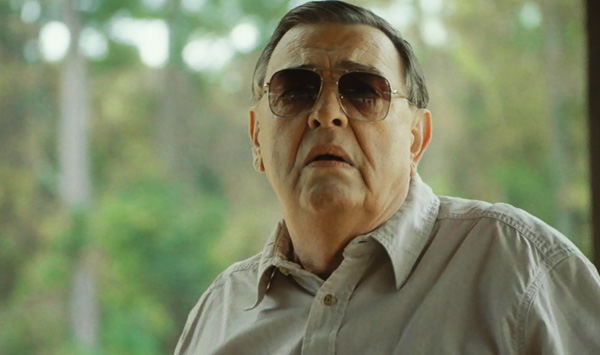 Gene Jones is a revelation as “The Father” and his introductory scene where he’s interviewed by a documentarian film crew is a MASTER CLASS in acting. It’s not often that a scene where two characters just sit and talk for 10 minutes of screen time is this captivating but, at least for us, it absolutely was. This was an interesting film to say the least. So sit back, click the links below, and enjoy our take on The Sacrament! 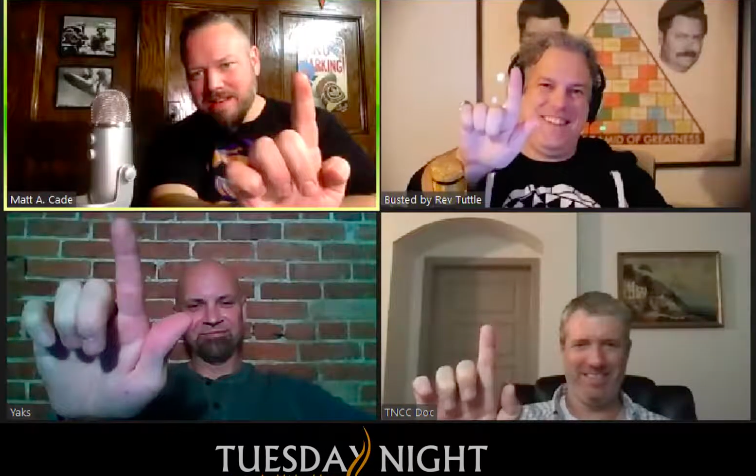