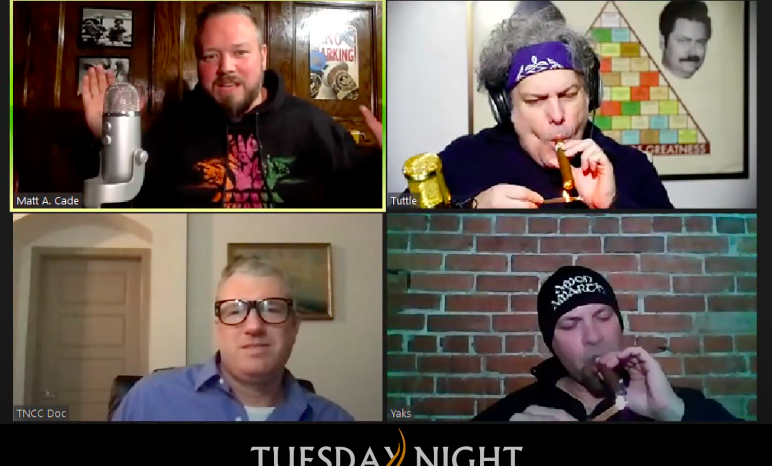 “We are deviants, we are podcasters, the lowest forms of entertainment on earth…”

But hey, when we light our cigars with cedar spills custom made by the world’s most legendary humidor maker even us schlubs can look kinda classy! Kinda. Tonight we are wrapping up the year by celebrating an actual GOOD year from American history – 1982. That’s the year Daniel Marshall first entered the cigar industry and that’s the year an extremely crazy film came out that predicted an extremely crazy future for our great nation. So this evening we decided to get nice and drunk and discuss them both. So click the links to below to listen/watch and JOIN THE PARTY!!! 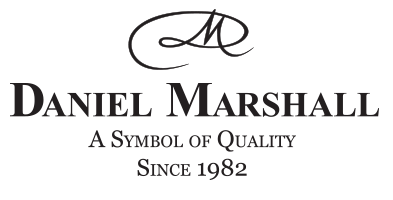 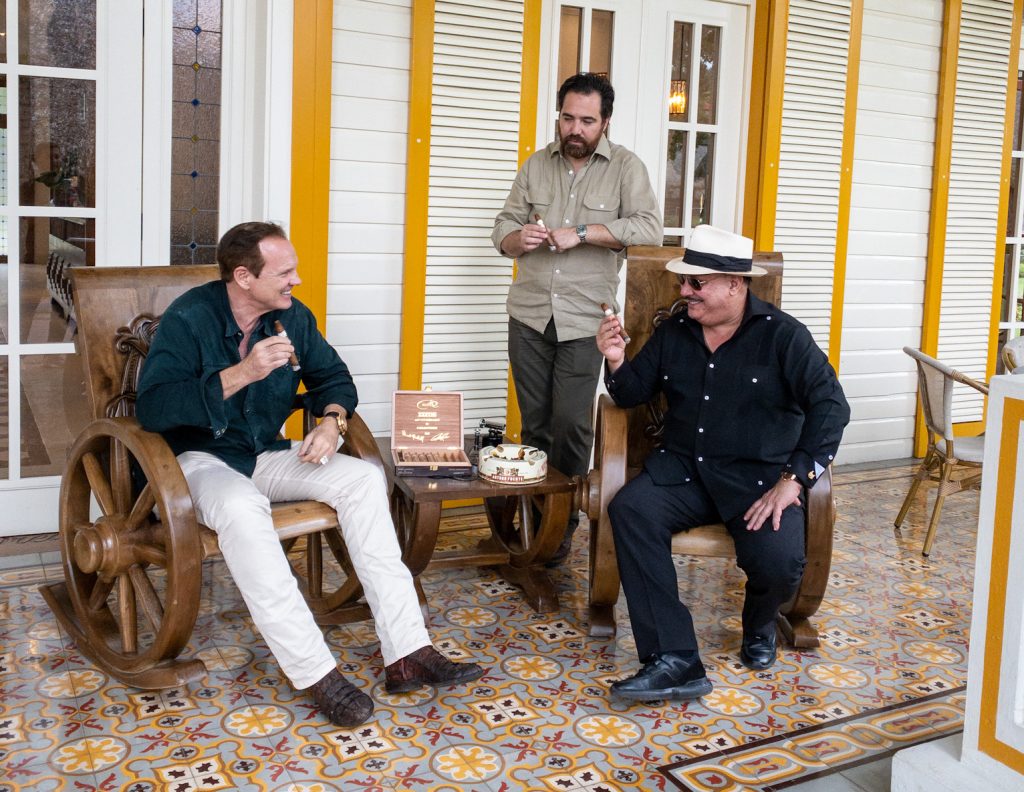 Longevity is a common theme between Daniel Marshall and Carlos Fuente as 2020 marks important milestones for both men. It is the 38th year since Daniel Marshall founded his first workshop in California where he began creating luxury humidors for Alfred Dunhill of London. 2020 also commemorates the 25th anniversary of the first DM Cigar and the iconic Fuente Fuente OpusX Cigar, as well as the 108th anniversary of Arturo Fuente. 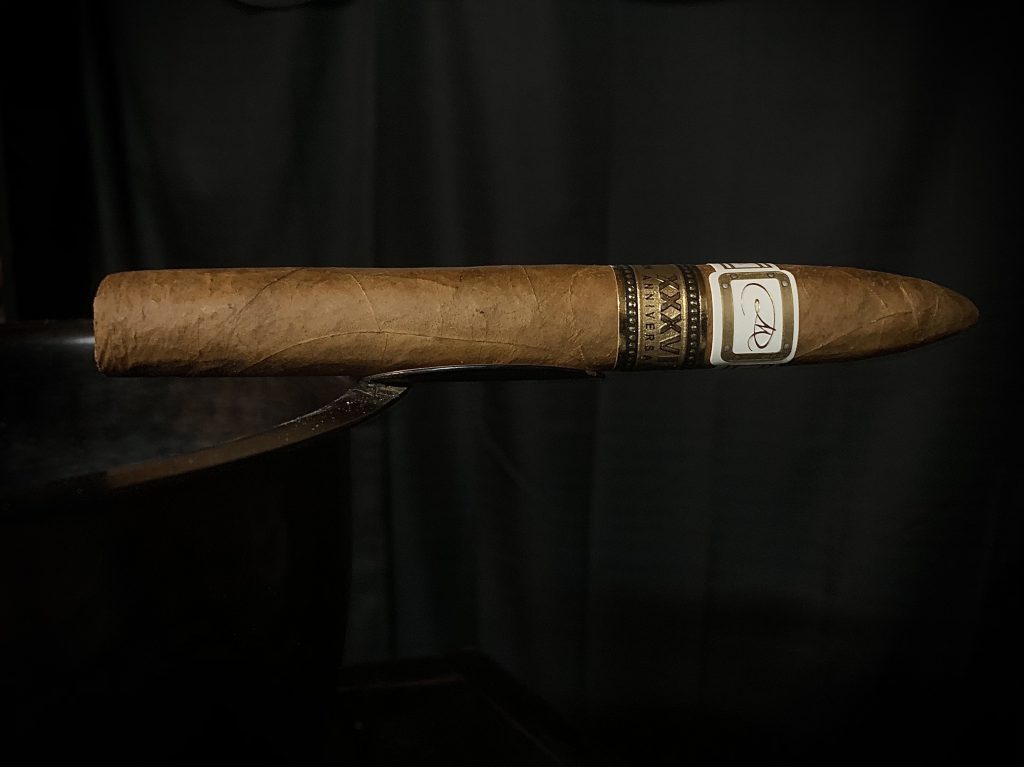 Each Daniel Marshall XXXVIII Anniversary cigar is crafted by one artisan in the Chateau de la Fuente (only rolling 12 cigars a day) and is blended with tobaccos up to 12 years old and then aged a minimum of one year after rolling in special cedar vaults. Marshall emphasized, “The DM XXXVIII by Carlos Fuente cigars are precious, they represent everything I look for in a cigar, effortless draw, rich and smooth taste, a cigar that comes alive. I told Carlos, ‘With this cigar, I am torn. Half of me wants to light it, half of me wants to eat it.” Fuente responded, “Brother, it is good enough to eat.” The super premium XXXVIII is made in one vitola, Torpedo – a classic favorite of Marshall and Fuente. The pyramid shape is treasured because the tapered head allows the complex flavors of the cigar to marry in the mouth. In this coveted jewel, you can taste time… 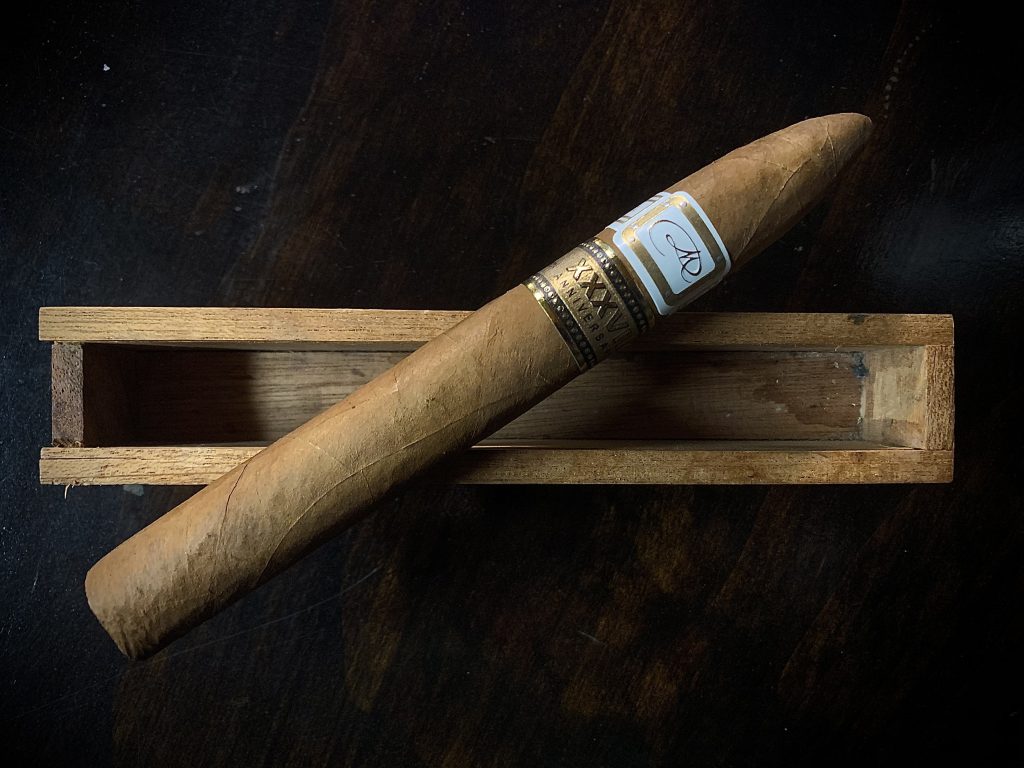 How’s that for a fucking press release?!?! And, for the record, while I was tempted I did not in fact try to eat one of these cigars… This mildly box-pressed sucker smells like graham cracker from the head to the foot, pure golden graham cracker. Upon lighting the cigars, with our Daniel Marshall provided cedar spills, the cedar is heavy on the initial draw while there’s a creamy light coffee flavor also present on the draw that’s undeniable. For using such an uncommon yet traditional method of lighting the cigar, the burn line is super straight early on. 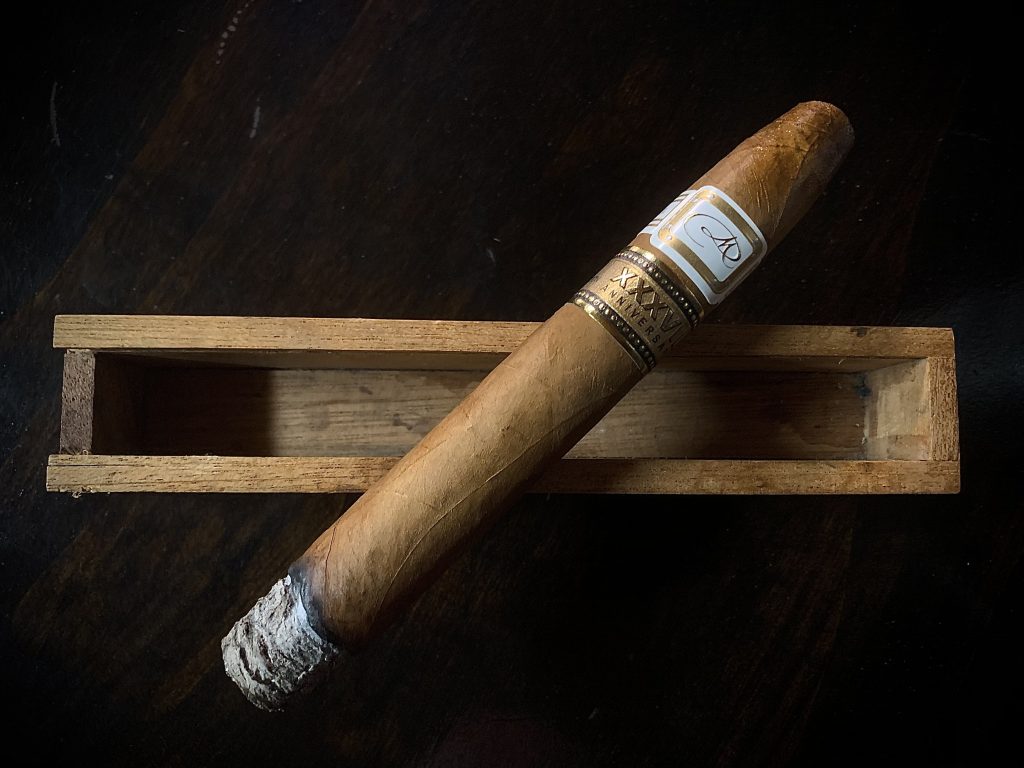 The initial spice disappears on the draw rapidly and it allows this intentionally mild cigar to relax quite a bit. There’s a definite slight pepper on the nose still and immediately that creaminess becomes dominant on the draw. But you have to pay close attention to what you’re being given by the cigar, it’s nuanced, much like you have to listen to your buddies conversations around the campfire or else you will miss their subtle cries for help. But I digress… The strength does slowly start to increase throughout the smoking experience but it barely hovers around medium there at the very end. 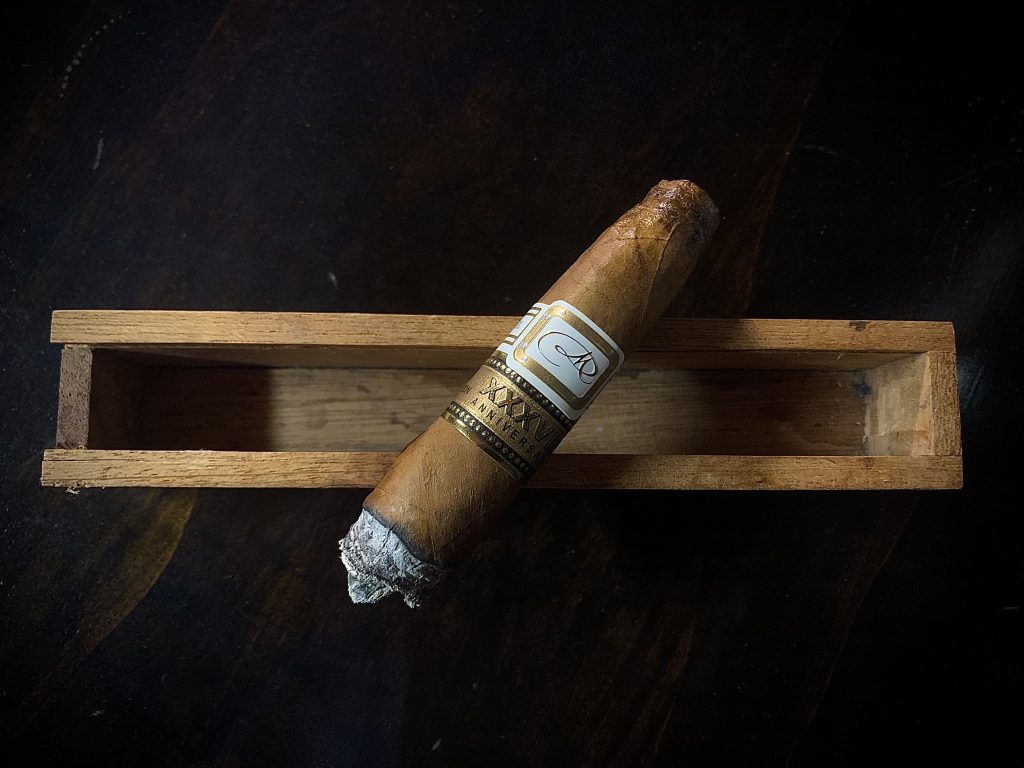 Blow this cigar out your nose folks because the mix of graham cracker and pepper is so special and very unique. And that retrohale is complimented by the creamy coffee, salty cashews, and that highly enjoyable constant cedar profile on the draw… overall it’s a simply delicious presentation. And, as a surprise bonus, we all got a note of pencil shavings in the last third and it commingled with the rest of the cigar’s flavors to create a beautiful smoking experience in the final third. 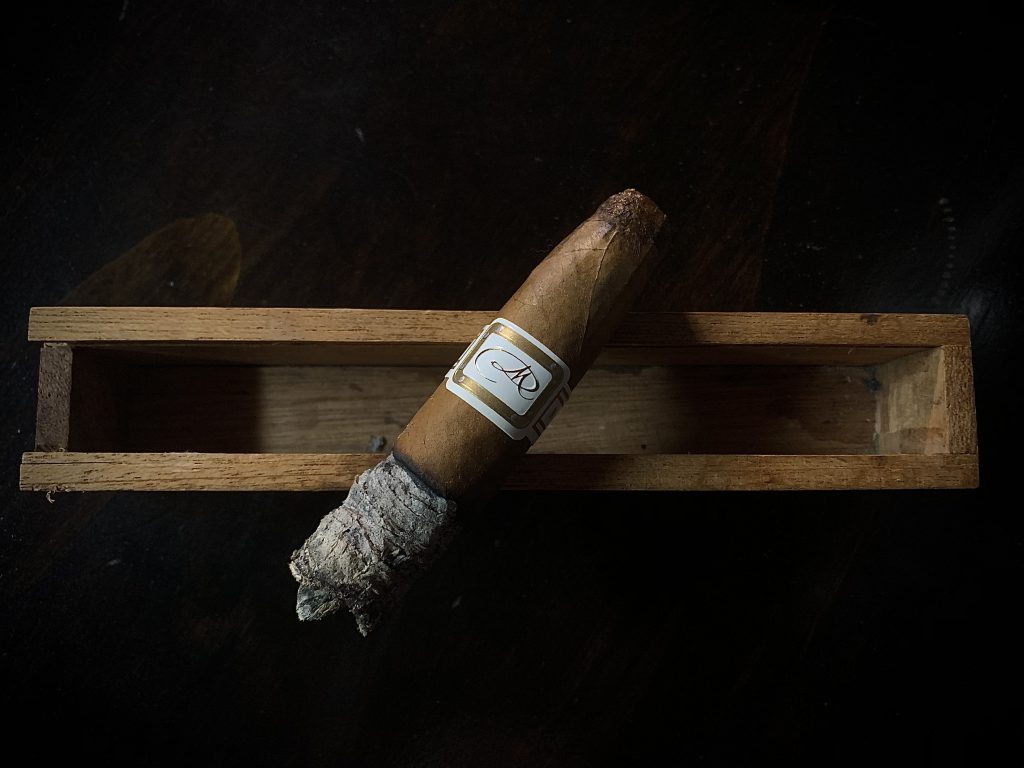 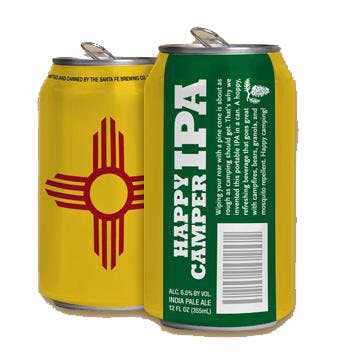 There’s a wonderful piney aroma on the pour and I would probably put this beer’s IBUs slightly less than what they are claiming… but what do I know as fairly well respected internet beer expert? The malt to hop balance is actually quite well done, I dig it! And the Happy Camper IPA paired extremely well with tonight’s cigar both flavor-wise and thematically as Daniel Marshall is a big believer in the “campfire experience”, so my pairing grade this evening is a solid A+ 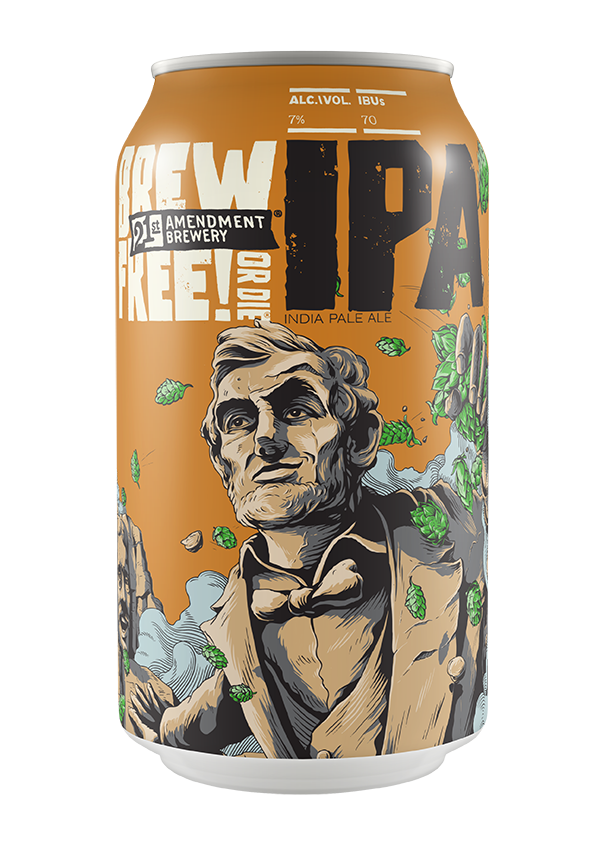 A 7% ABV and 70 IBUs beer that doesn’t deliver much aroma on the nose. The Brew free Or Die is a very malty IPA accompanied with, what my beer expert sense picks up, far less than the 70 IBUs that are being advertised. So this puppy ain’t that hoppy folks, but it is rather tasty… 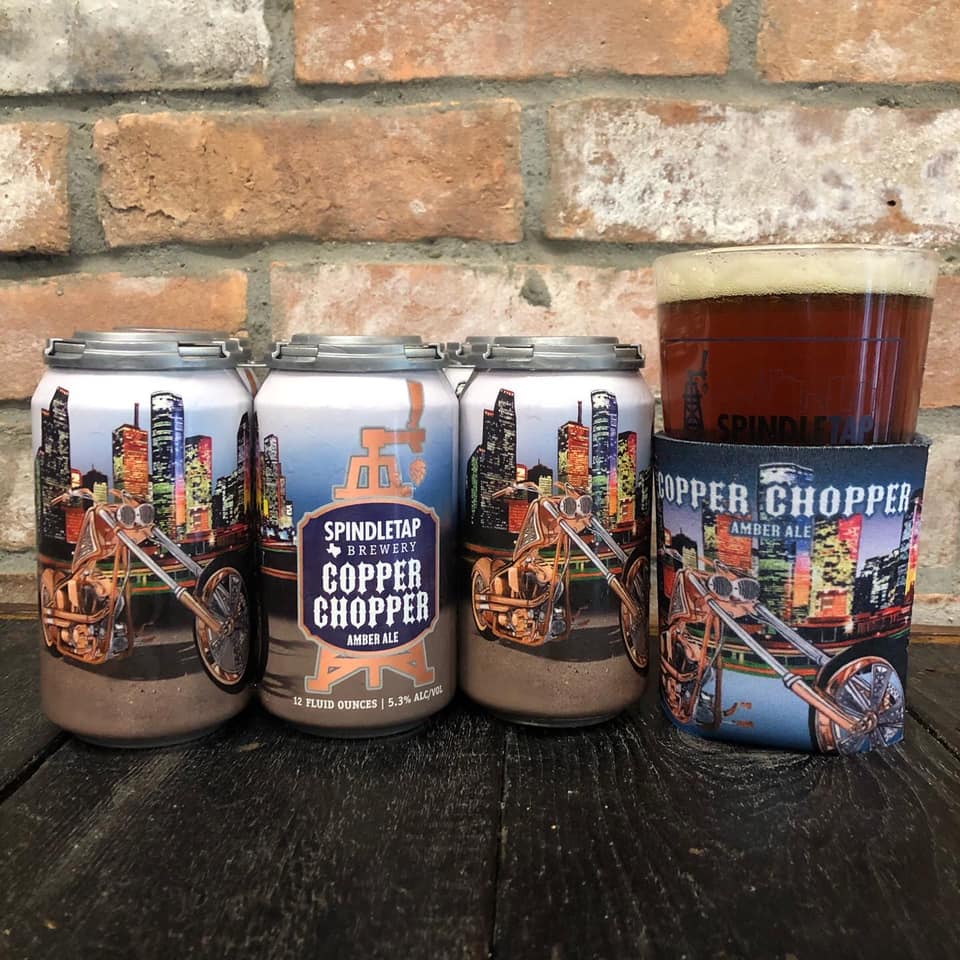 At 5.3 % it’s the typical amber beer in that it’s overall fairly boring and The Doctor only picked it because it was available at the store he was present at to buy it. Yeah there’s some “coppers” in tonight’s film but cmon man… no. Pairing Grade F+ 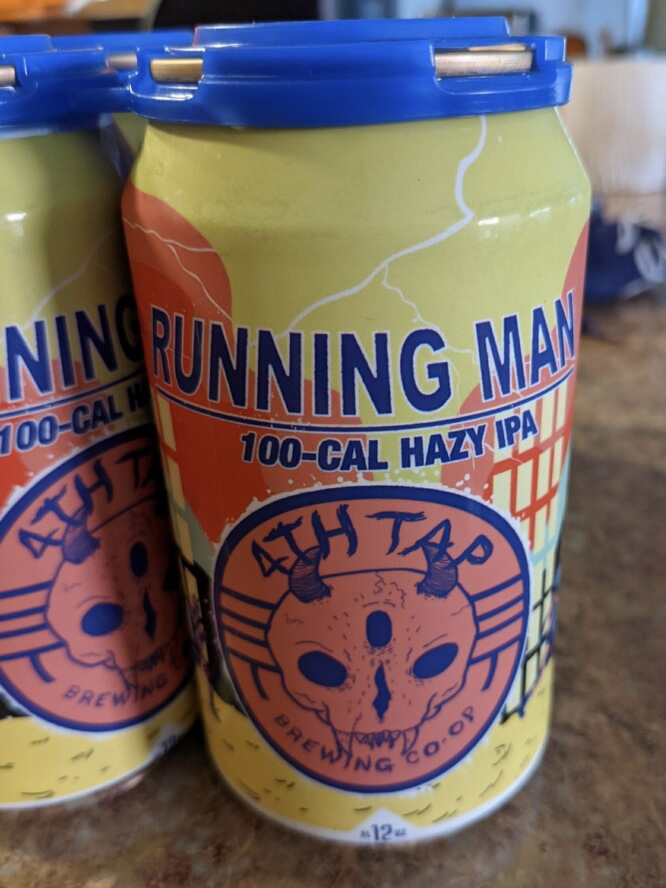 This is a total “Wussy IPA” but Tut couldn’t risk going in to his college finals getting all fucked up tonight so he went with this low calorie beer… “It’s bitter and boring” he reported and he sounded very bitter about it all night long. Seriously, Tut had a really weird, hostile reaction to this beer and maybe some other factors played into it but that’s for Tut and his psychotherapist to figure out. So apparently this beer blew chunks which sucks because we really liked the other offering of their’s that we’ve featured on the show. However, tonight’s film is very similar to one of our favorite Arnold films The Running Man so I’ll reluctantly give this pairing a grade of B- 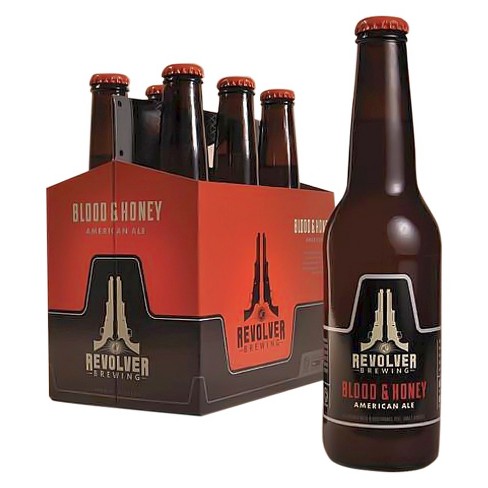 Yaks tried to pair this beer into something but he’s full of shit so… no. Yes, there’s blood in tonight’s film but… no. Take it from me folks, this beer blows no matter how much Yaks enjoyed the cinnamon component of it. Hard pass, pairing grade F- 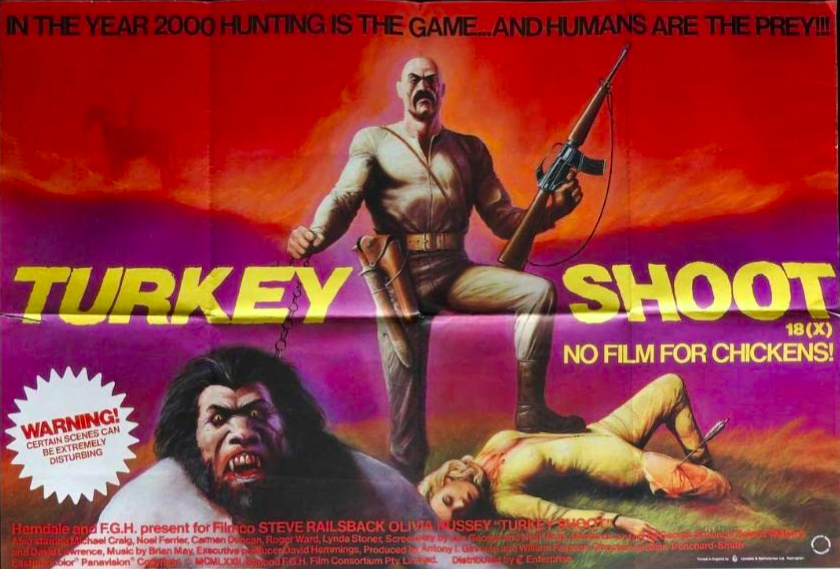 Above is an alternative poster for the film Turkey Shoot and I’m personally highly grateful that the official poster used on Amazon Prime Video and other streaming services didn’t feature the Wolfman character because it would have spoiled what was a truly jaw dropping moment in the movie. Turkey Shoot paints a very bleak vision of the future, as if 2020 wasn’t bleak enough, but somehow – as always – we found a way to have fun with this cinematic oddity. Click the links below and JOIN THE PARTY!!! 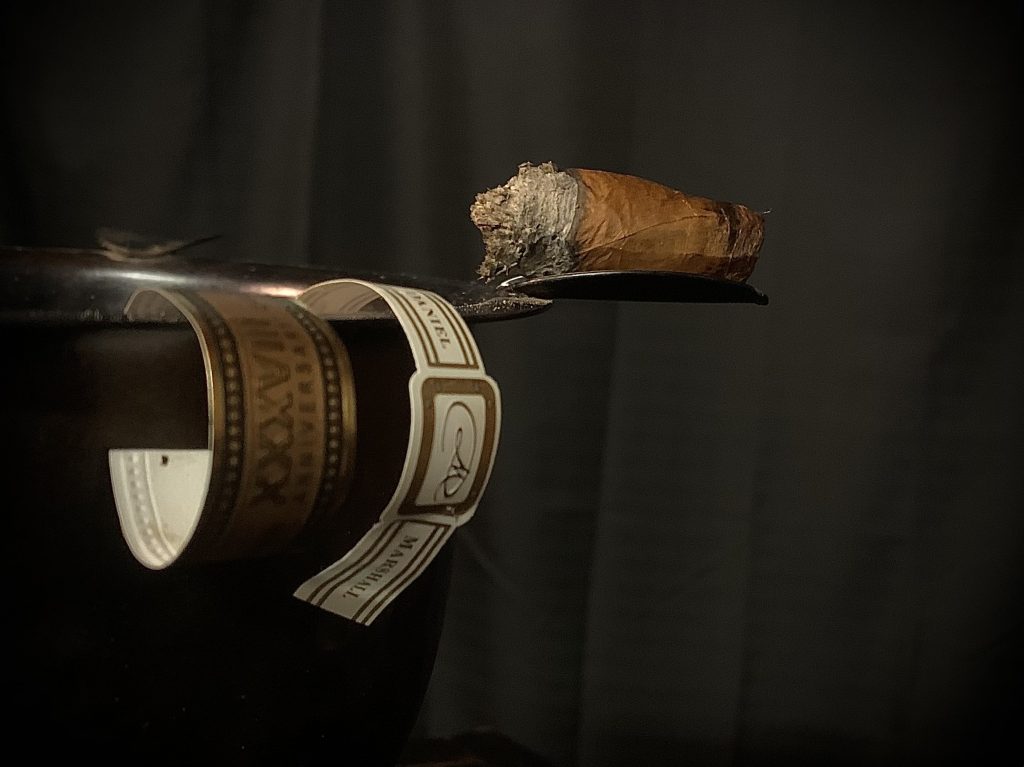 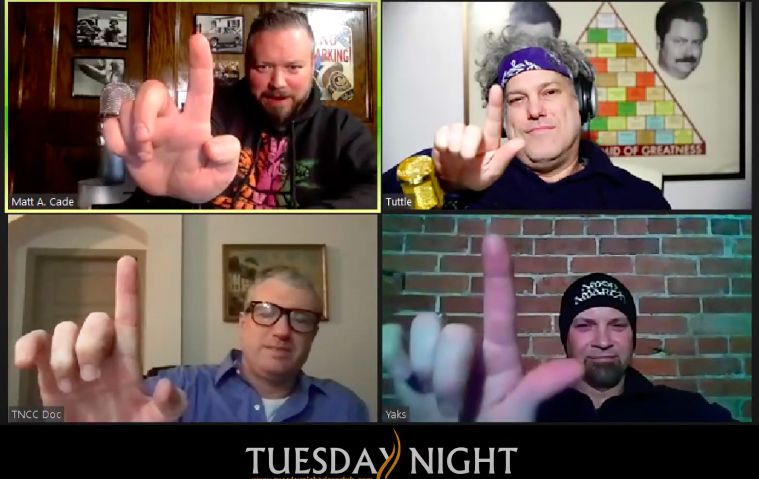