The Namakubi Ranfla is a very different cigar than the version we smoked 6 years ago and, in this specific case, that’s a good thing...

Way back in 2016 on Episode 32 we featured the Namakubi Ecuadorian Ranfla on the show and here’s what we had to say about it:

“The presentation on the Room 101 Namakubi Ecuador Ranfla is impressive to say the least. Underneath two decorative paper wrappers lies a perfecto cigar that’s draped in an oily gorgeous Ecuadorian Habano wrapper. The cold draw reveals cinnamon and nutmeg so I prepare myself to spend the next two hours smoking a Christmas cookie. Across the table from me, Tut reports that he’s getting notes of oregano and thyme so he’s ready to set fire to a delicious pepperoni pizza. Somewhat sadly, upon toasting the foot of the Namakubi those holiday and pizzeria spices are nowhere to be found… 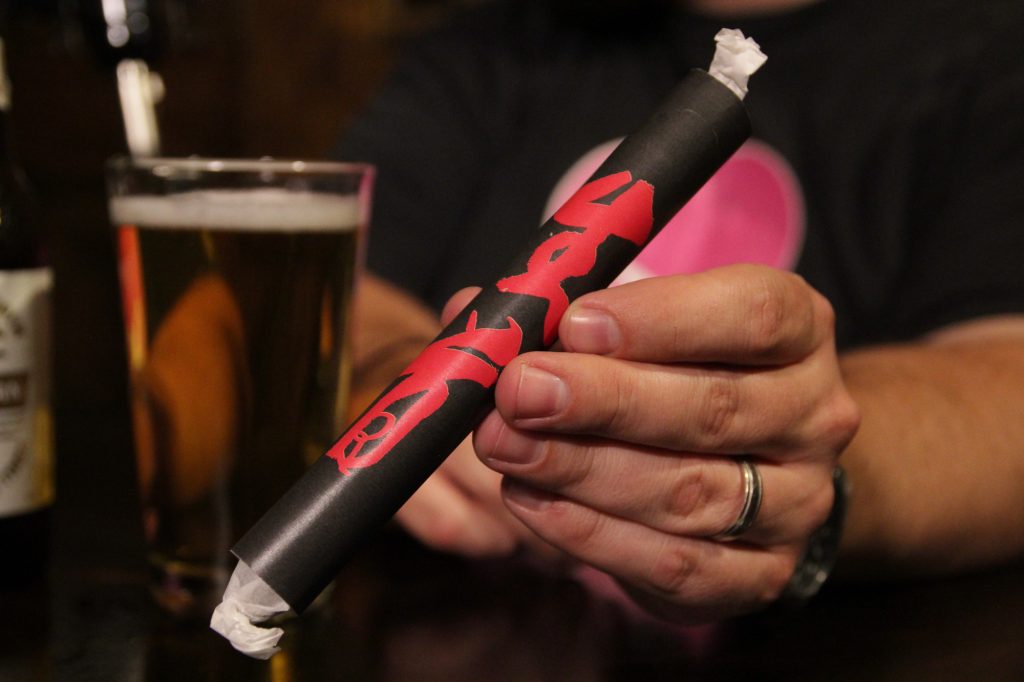 Leather, faint cedar, and light coffee notes are all present throughout the duration of the smoke but the Namakubi is defined by a very pleasing tobacco flavor that trumps all the other subtle elements going on. This cigar is definitely not one whose complexity is its strongest attribute. No, the Namakubi is a straight-ahead really enjoyable cigar that has a primary flavor of extremely delicious tobacco and that’s just fine by us.” 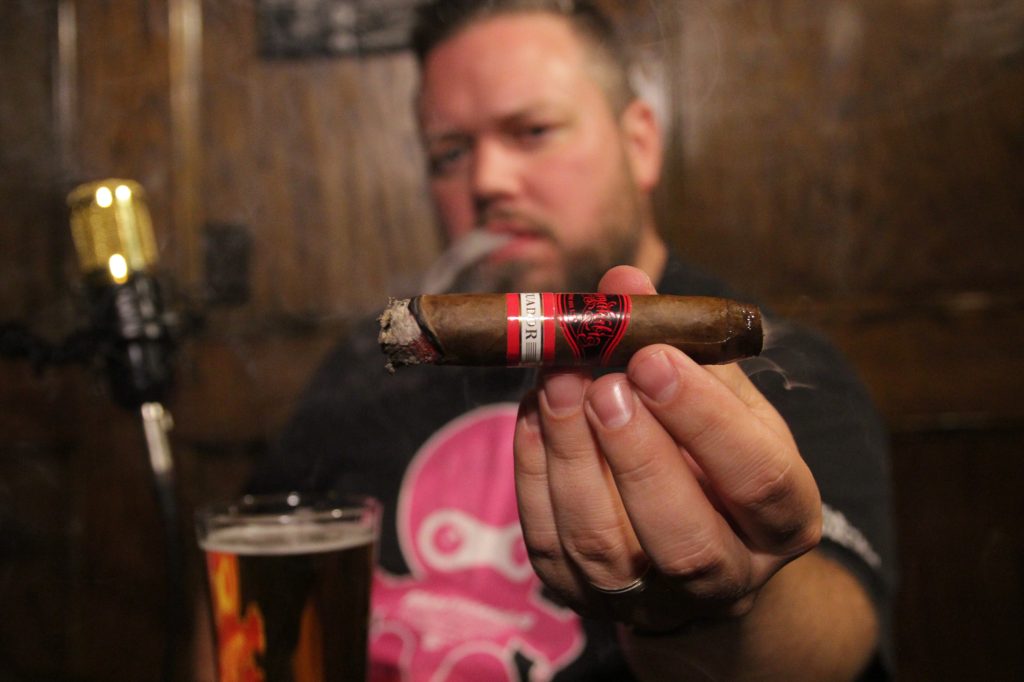 Last year Room 101’s Matt Booth reintroduced the Namakubi brand and while the ingredients appear on the surface to be the same, I’m curious what a decade of time having passed will do to this blend that we all highly enjoyed upon its initial release… 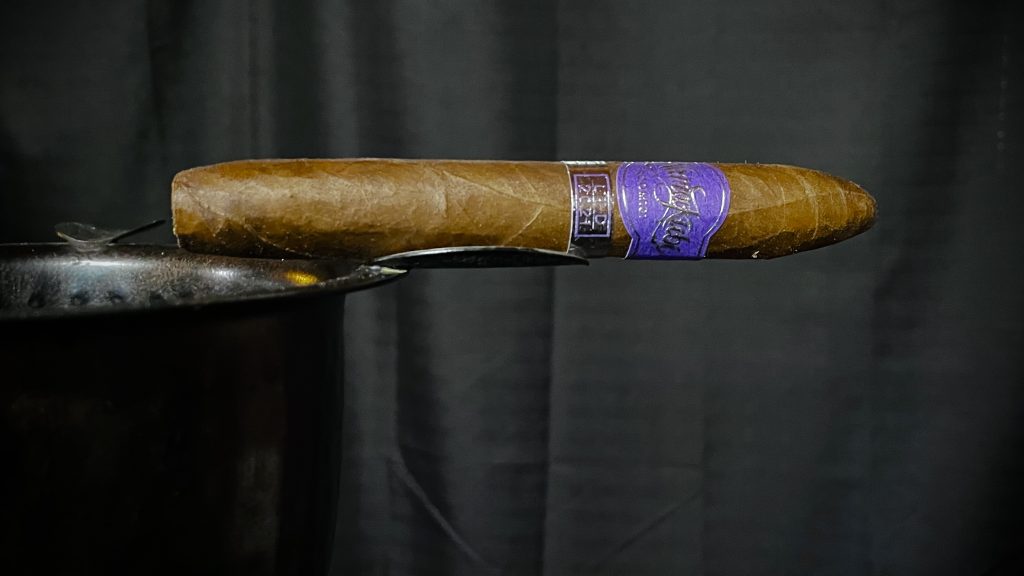 Once the 2021 Namakubi Ranfla is removed from the purple sleeve and white tissue paper surrounding it, there is only a faint aroma of freshly-cut lumber detected off the wrapper as well as a fruit-like sweetness when sniffing the foot of the cigar directly (but, again, it’s extremely mild). The cold draw reveals orange zest backed up with some woodsiness. There is just the right amount of give when the cigar is gently squeezed between two fingers, I wish I could say the same about myself these days… I really need to get back in the gym ASAP. 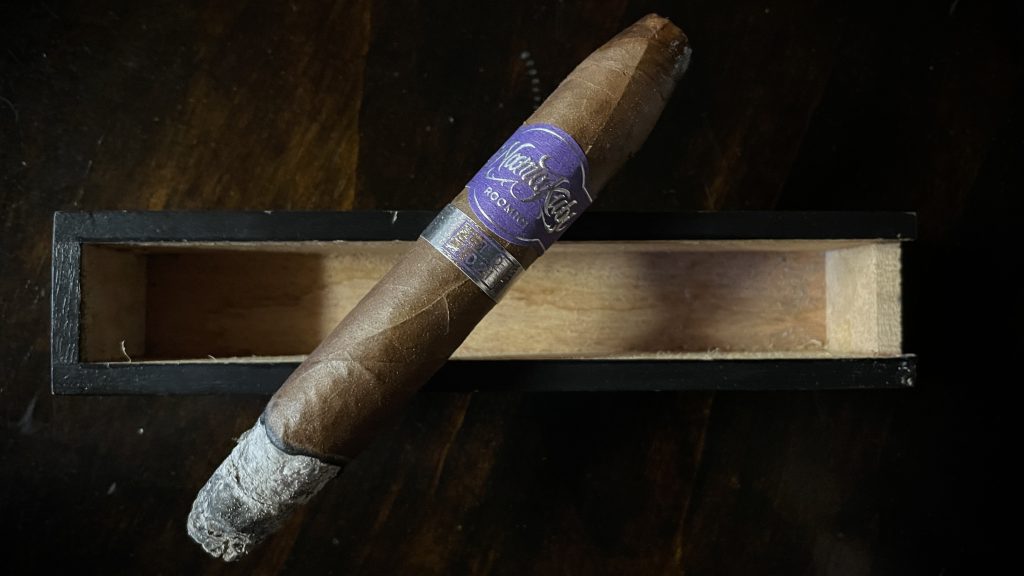 Upon torching the foot of the perfecto, cedar is at the forefront of the retrohale and it is partnered with a gentle white pepper. Medium roast coffee, walnuts, and a hint of mineral are shining through via the draw. Speaking of the draw, the Namakubi is drawing beautifully with damn near perfect airflow. At the 1” mark, the pepper has vanished through the nose, replaced by a subtle pencil lead/graphite note. 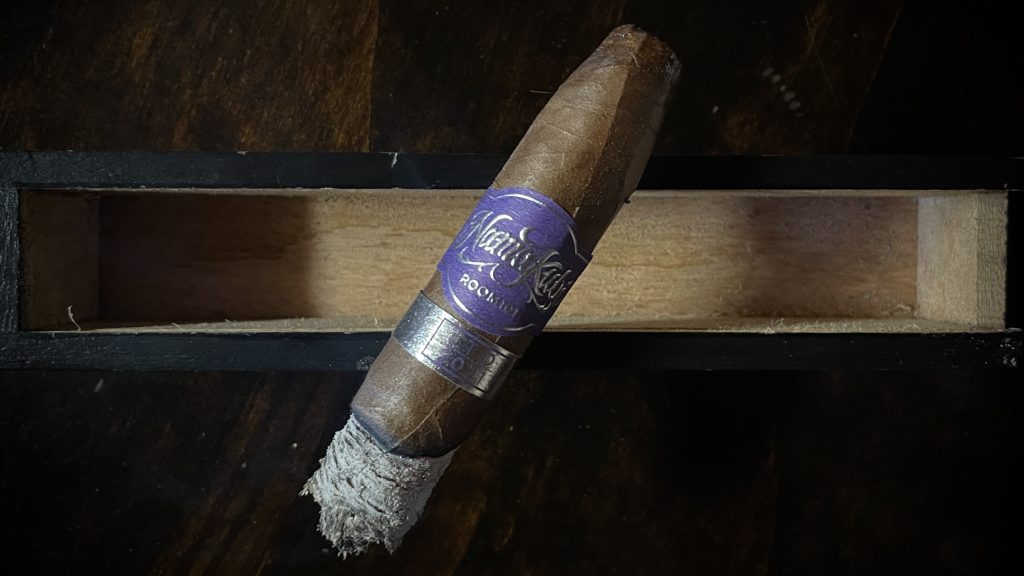 Construction so far has been excellent, the aforementioned draw continues to impress and the Namakubi Ranfla is holding its ash like a champion. A creaminess has now developed on the draw which, obviously, pairs very well with the existing coffee flavor. The walnut found early on has been kicked to the curb by a hint of yellow cake batter. The spice returns around the fifty yard line and that uptick in pepper strength compliments the overall profile well. The cigar begins to burn a bit hot on my lips so I slow down my puff rate slightly and that seems to settle the heat down to an acceptable level… 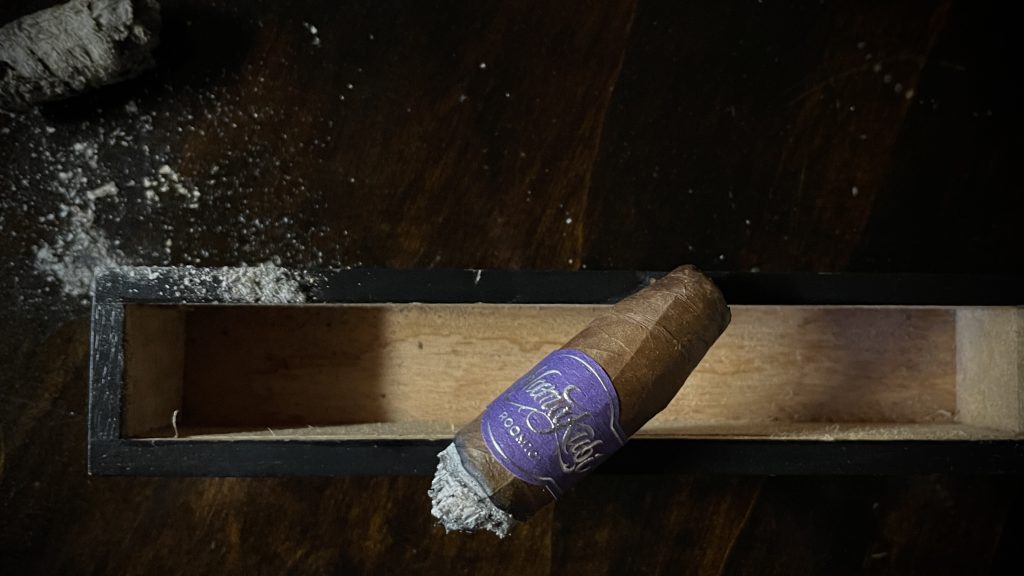 The Namakubi’s peppery strength through the nose continues to elevate up to medium territory in the final third but it is well balanced by the consistent cedar note that’s been present from the beginning of the smoking experience. The coffee, cream, and yellow cake are all commingling wonderfully here in the last act and the addition of a thick vanilla icing note is certainly welcomed by yours truly with open arms. My only complaint with this cigar, as I sadly drop its burning corpse down in to my stinky ashtray, is that it didn’t last longer. 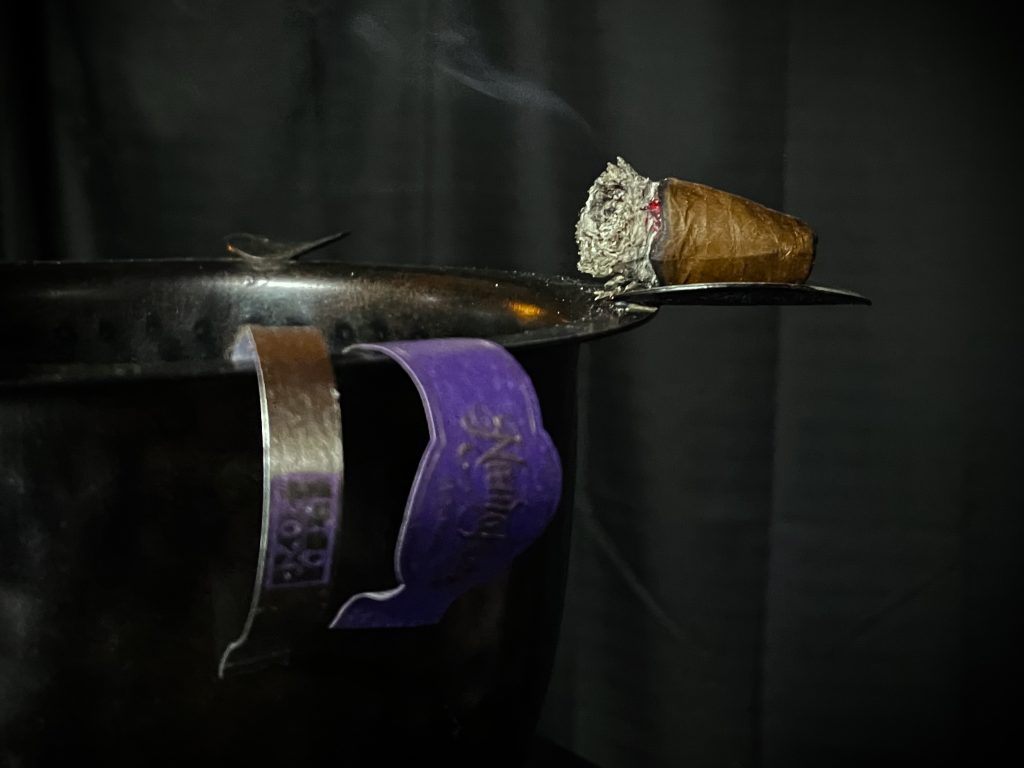 The Namakubi Ranfla features a plethora of enjoyable flavors that all work extremely well together as a whole. The transitioning spice strength keeps things interesting and it never battles with the more delicate, nuanced flavors flooding in through the draw. The Namakubi Ranfla is a very different cigar than the version we smoked 6 years ago and, in this specific case, that’s a good thing. Where as the original Namakubi Ecuadorian lacked complexity, the 2021 edition delivers it by the truckload. The only real thing I missed after smoking the new Namakubi is the original’s price point.

Considering that a portion of the proceeds this time around goes to Alzheimer’s research, I’m more than ok with spending some extra bucks on a worthy cigar and the 2021 Namakubi Ranfla is worthy of both your time (65 minutes) and your hard earned cash.