There's always that fear when something or someone goes from chunky to skinny that the result won't necessarily be a positive thing. I much prefer fat Al Sharpton and a chubby Tom Arnold to their new slender incarnations... 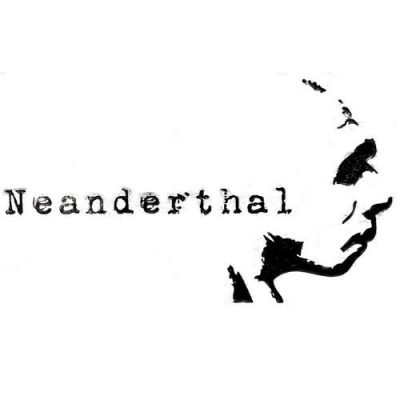 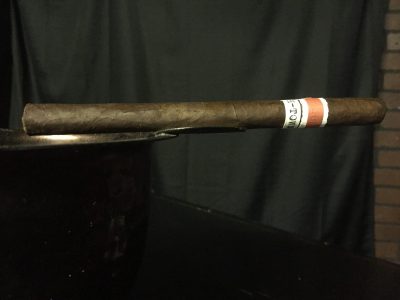 Happy New Year motherscratchers! Let’s get 2018 started with a quick review of a cigar that the TNCC tried like hell to feature on an episode last year but we just couldn’t get our grubby mits on these somewhat elusive stogies from the folks over at RoMa Craft. Speaking of stogies, these are made exclusively for Stogies Houston cigar shop, a fantastic store and lounge that must be seen to be believed (we’ve reviewed another of their H-town selections here). A variation of our beloved Neanderthal blend in lancero form, the Neanderthal OM H-Town lancero is oily and slightly lumpy to the touch but it’s firm when squeezed with just the right amount of give (much like myself). There’s barnyard and earth on the cold draw. 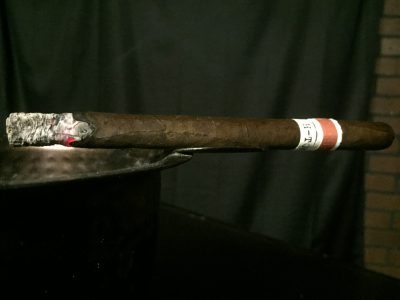 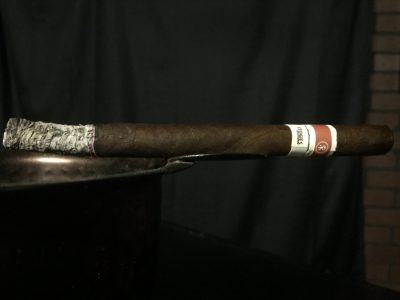 Upon ignition, there’s a tingling spice on the retrohale that initially dominates over the french roast coffee and cedar on the draw. Smoke production is copious, for a lancero this sucker puts out a shit ton of beautiful white smoke. My right eye starts watering a little bit from the spice an inch in, could this motherfucker be getting MORE spicy? 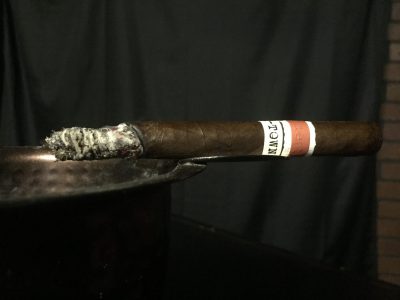 The original Neanderthal HN is a complex monster and just when I was starting to think that the lancero might come up short in that department due to the overpowering ligero presence, a smoothness begins to unfold on my palate that’s reminiscent of powdered original Coffee Mate creamer. I happen to love Coffee Mate, it might be unsophisticated as far as the coffee snobs are concerned and unhealthy as far as health nuts go but I couldn’t care less about those dweebs – I’m me dammit. The burn line started to run a little faster in two different spots at two different times so far but the rest caught up quick and it never needed correcting with the ash dropping soon after the star of the second third. 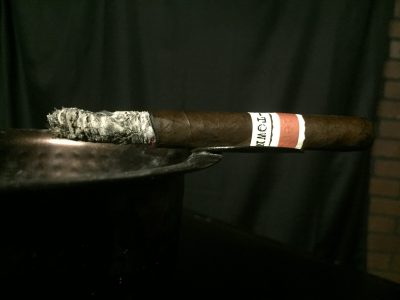 At the halfway mark, the spice has died down considerably on the retrohale and the creamy coffee and woodsy notes are ruling the roost. Tasty. 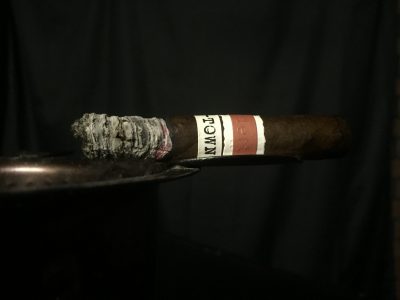 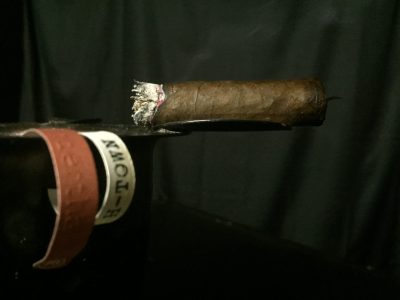 I’m finally compelled to touch up the burn line just a bit to keep it in check but, as in most cases, this does nothing to take away from my enjoyment of the Neanderthal OM. In the last act the strength is kicked into high gear, the spice is back, and the addition of a bold oak flavor fits this uptick in overall ballsiness very well. 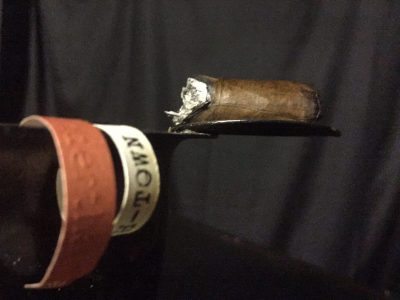 There’s always that fear when something or someone goes from chunky to skinny that the result won’t necessarily be a positive thing. I much prefer fat Al Sharpton and a chubby Tom Arnold to their new slender incarnations. Cmon, you know I’m right, some dudes look weird when they slim down!

This isn’t my Tom Arnold.

I’m happy to report that the trimmed down waistline of the Neanderthal OM H-Town lancero isn’t weird or detracting from the blend at all. Spice, oak, cedar, coffee, cream… fucking delicious. Hopefully we have better luck this year and catch a handful of these while they’re briefly in stock at Stogies Houston, as I think the rest of the Tuesday Night crew would really dig them. As far as you’re concerned, I can confidently proclaim that if you’re a fan of the highly popular original Neanderthal blend then you absolutely will not be disappointed in this smoke.