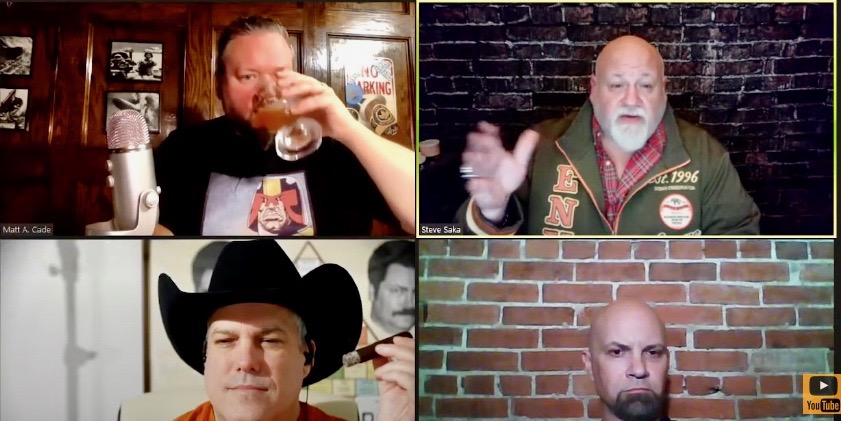 Size: 7 x 50 (box-pressed Churchill)
Wrapper: Mexican San Andrés negro “cultivo tonto”
Binder: Ecuadorian hybrid habano
Filler: Nicaraguan & Pennsylvanian ligero
Price: $29.75 (And, while these were generously sent to us by Saka Claus himself, please remember when purchasing some fine Dunbarton cigars or other fine premium stogies from FamousSmokeShop.com to use your new favorite promo code TNCC20 at checkout where it will knock $20 off your purchase of $100 or more)

Due to the fact that we have a true cigar legend on the show tonight to properly introduce this cigar to us, a cigar that he himself personally blended, I’m not about to say shit here in an attempt to add to it. So let’s just smoke the fucker! 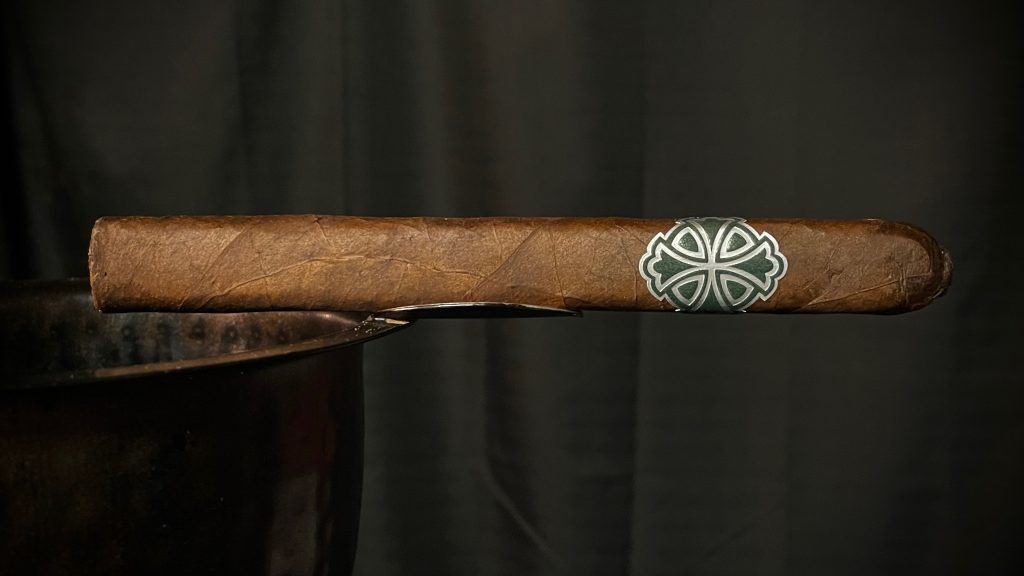 There is a distinct aroma of both mint and green tea detected on the foot of the Paladin de Saka. Upon twisting off the cap from the dark, slightly rustic San Andrés wrapper, we set the latest incarnation of the Sin Compromiso line on fire and we’re immediately greeted by a fantastic aroma pouring off the foot of the cigar. Thick sexy blue smoke travels up the body of the Paladin de Saka like a silent jungle snake slithering along a tree limb. First impressions are of a bold pepper spice through the nose that almost instantly begins to recede in strength after that initial blast and there’s earth, mineral, and a light yet bright cedar note via the draw. Yaks and I both ended up cutting the cap ever so slightly to benefit the draw while Tut saw no need to as he was getting ample airflow. 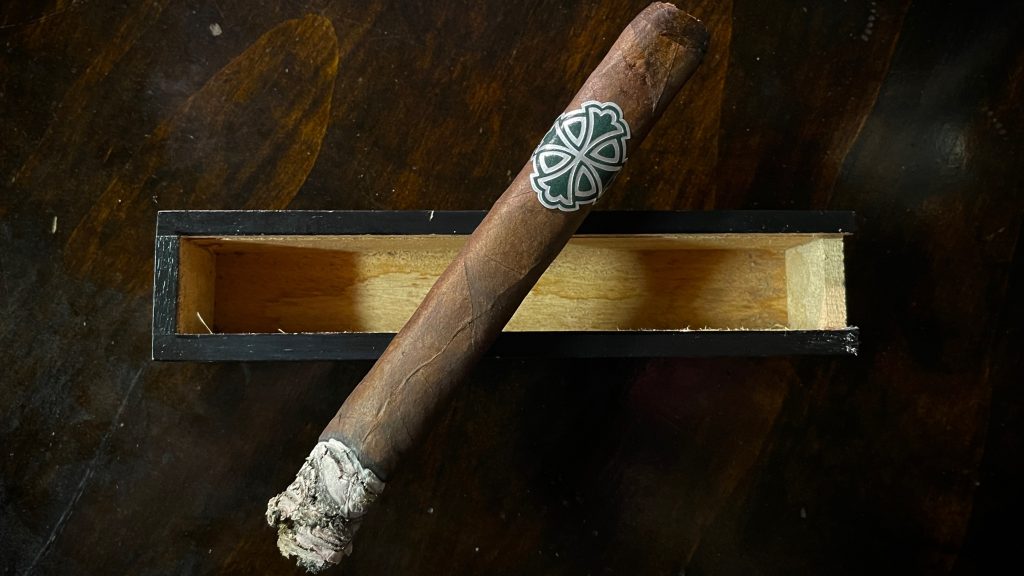 As the smoking experience continues, a marshmallow note evolves on the back end of the retrohale and we were immediately reminded of experiencing that same flavor with the original Sin Compromise No. 5. So the spice/mineral/marshmallow triple threat through the nose is easily the star of the show so far especially as that initial spice strength increases steadily in the final third; however, the draw’s combination of warm mineral, bright cedar, and Ritz cracker is no slouch whatsoever. And Tut picked up on a French Roast coffee note late in the game which only added to his enjoyment. The final third is what’s going to leave a memory for you, trust us, it really sings beautifully in the last act. 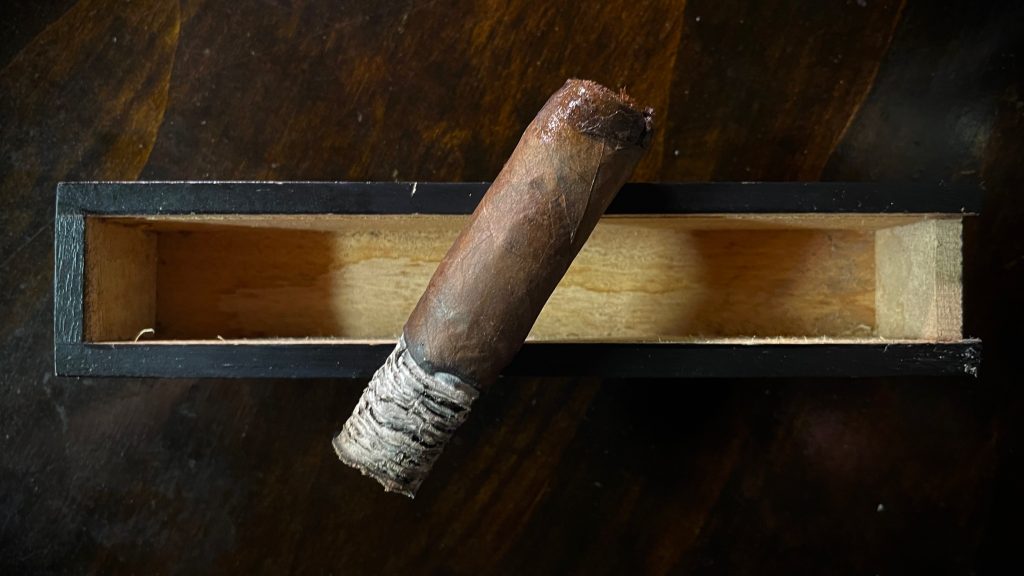 This tasty new slow-smoking rendition of the Sin Compromiso split the table as far as which we prefer – while Yaks and I just slightly preferred the more nuanced original blend, Tut was adamant in that this fuller variation spoke to his palate more favorably. And he highly enjoyed the Sin Compromise No. 5 so that’s saying something. Yes, it’s a high price point but YES you will know while smoking it where the money was spent. This is a celebration cigar and we should always take a moment to celebrate that we’re all still fucking alive these days. This cigar is the Opus X of Dunbarton Tobacco & Trust and that’s a fun thing to have available when the moment in time is right. Yada yada yada we were all fans of the Paladin de Saka and we highly encourage you to go out and grab one to experience it for yourself! 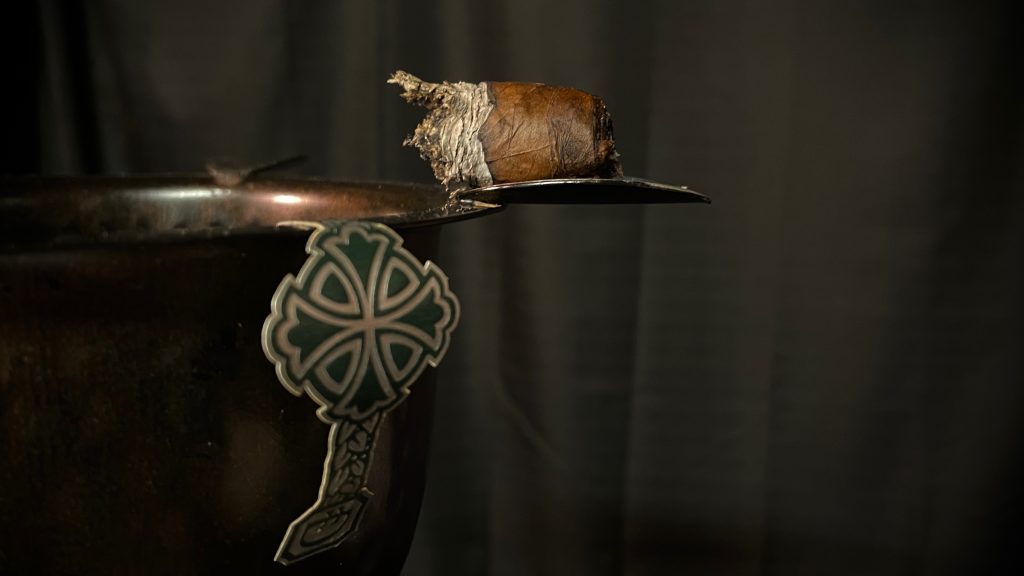 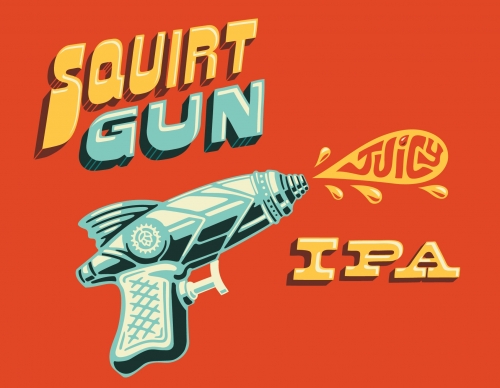 At 6% and 40 IBUs, this delicious Australian style IPA was originally featured on the show back on Episode 127 and while I loved this citrus-forward beer then, The Doctor loved it maybe even more so tonight. And, yes, there is a gun featured prominently in this evening’s film so that makes this pairing taste even better…
THE DOCTOR’S PAIRING GRADE = B 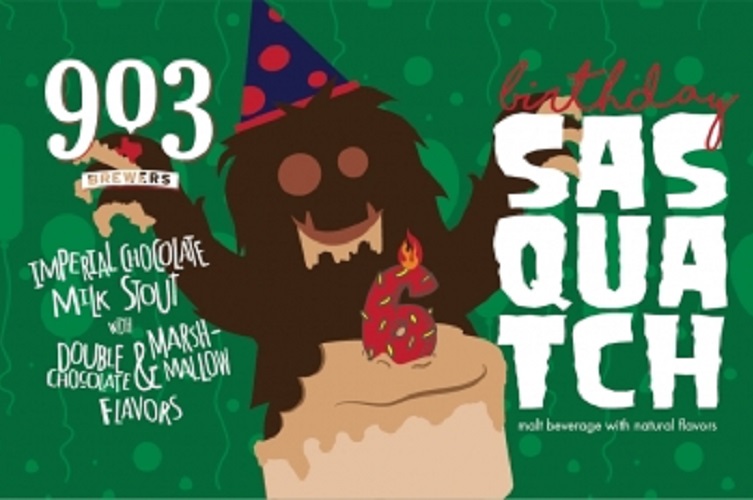 While this 9.8% imperial chocolate milk stout was an excellent pairing partner on paper, it turned out to be a very poor choice when saddled up with tonight’s cigar. The heavy chocolate and marshmallow flavors in the beer interfered with Yak Boy’s enjoyment of the cigar so he wisely called an audible and switched over to a much safer, simpler low ABV hazy IPA before it was too late. Our special guest tonight, Sakasquatch, would indeed be proud!
YAKS BOY’S PAIRING GRADE = C+

This light American lager was “not bad” according to Tut and had “a little flavor to it”. Not exactly high praise there, folks, and it wasn’t exactly chosen to pair with our movie or tonight’s cigar – this beer was simply chosen because Tut was hungover from our late night 6 hour conversation with Steve Saka the night before and he basically wanted to drink something that could just barely qualify as a beer. Fo shame!
TUT’S PAIRING GRADE = F- 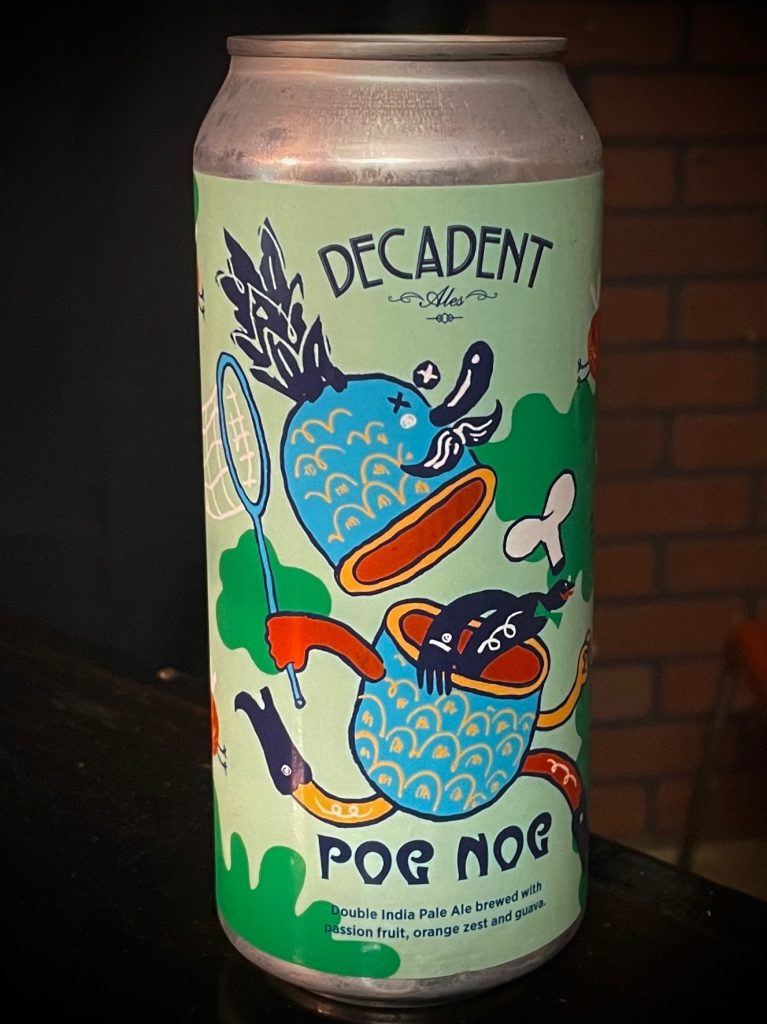 This double India pale ale is brewed with passion fruit, orange zest, and guava and all of those ingredients certainly make themselves known upon the first sip before quickly settling down. At 8.6% this “tropical jubilee” looks like a mimosa, smells like a mimosa, and it certainly played nicely enough with my cigar. Egg nog, Pog Nog, it is our big Christmas episode so my pairing score is probably painfully obvious to you…
CADE’S PAIRING SCORE = A+ 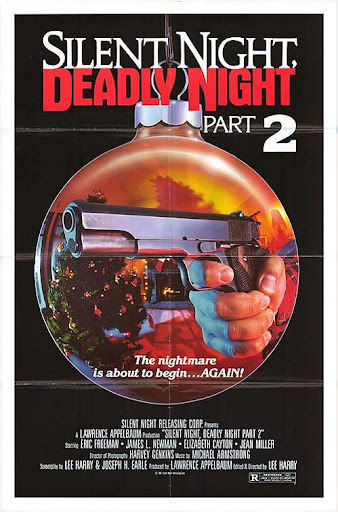 So 3 years earlier back in 1984, the first Silent Night, Deadly Night was released to theaters and to say it caused quite a commotion would be a santa-sized understatement. People protested outside theaters, concerned parents demanded that the film be destroyed, and the reviews were unanimously brutal. Even actor Mickey Rooney got in on the criticism which is total horseshit because in 1991 that little bastard starred in Silent Night, Deadly Night 5: The Toy Maker! Anyhoo, with that kind of uproar aka Free Publicity, it was a no brainer that a sequel was just a matter of time… 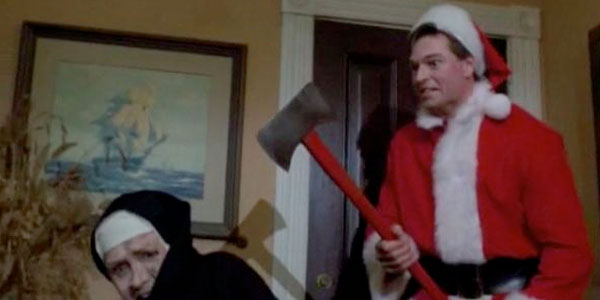 So I’m going to kindly force you to watch or listen the show below to get our full thoughts on Silent Night, Deadly Night 2 but, needless to say, the movie has a ton of nudity in it which is awesome. You always want tons of nudity in your Christmas movies. And there’s some really cool kill scenes, even if most of those are all flashbacks from the first film (which you absolutely do NOT need to see before viewing this sequel). Intrigued yet? 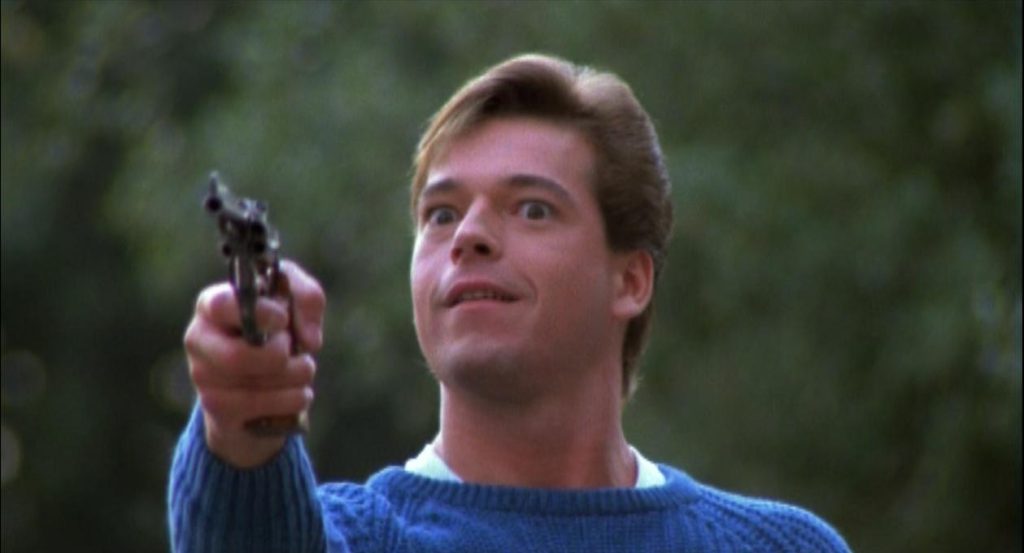 This series of films, there’s 5 of them, are really unique in a way that I’ve come to appreciate and I think my cinematic hero John Carpenter would also. Let me explain… so the first film came out in ’84, tonight’s film was released in ’87, and then we had Part 3: Better Watch Out! in ’89, Part 4:  Initiation in ’90, and finally Part 5: The Toy Maker in ’91. And each of these subsequent films told completely (or almost completely) original stories with just the vaguest of connections to the original entries. And that’s EXACTLY what John Carpenter and Debra Hill wanted to do with the Halloween series after Part 2! But when they chose to tell a much different tale based around the holiday of Halloween with Halloween 3: Season Of The Witch they were almost run out of town for it and fans revolted. Are these later entries in the Silent Night, Deadly Night franchise winners or total duds? Does evil Santa ever take a break from chopping off heads and eat a cookie or two? Click the links at the bottom of the page and find out! 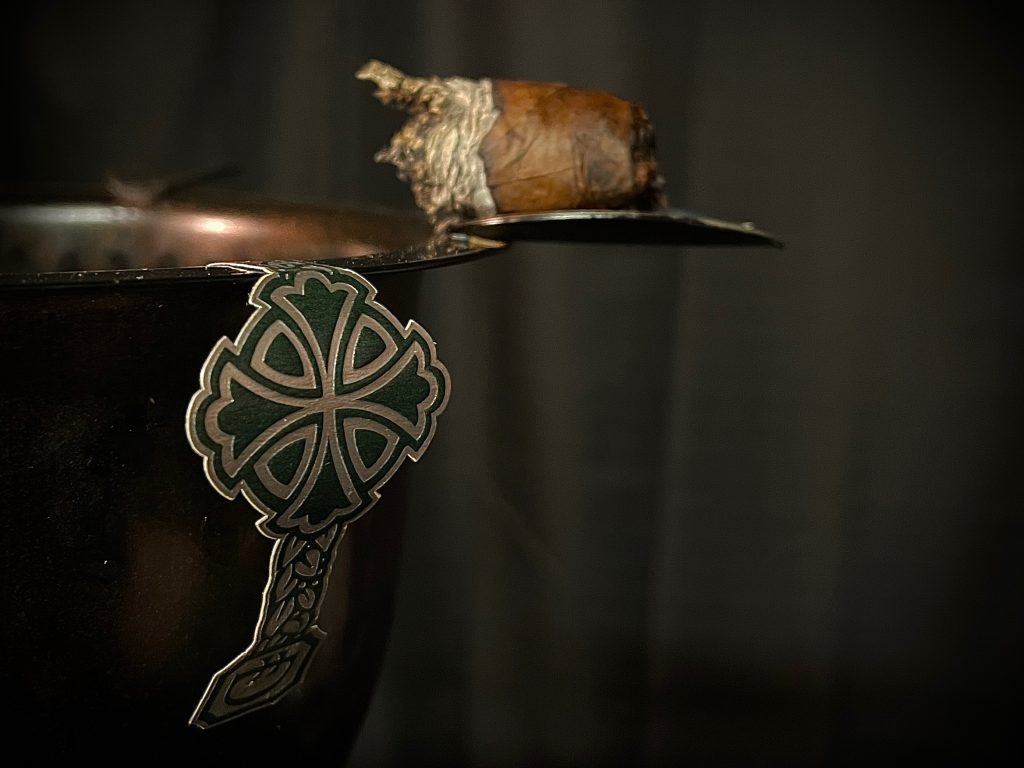 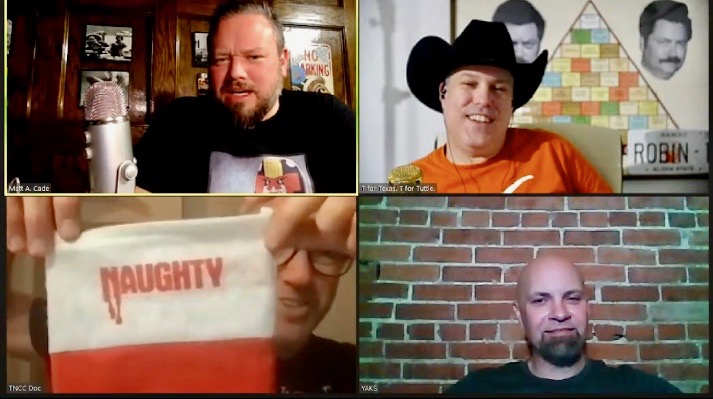