I chug a pint of beer at the beginning of this episode. Some of the crew watched in disbelief and admiration, some seethed in anger and jealousy, but by the time the podcast was coming to an end I believe they all understood why I did what I did.... 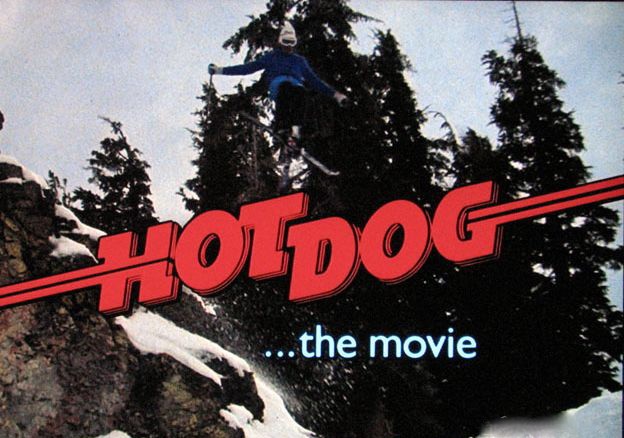 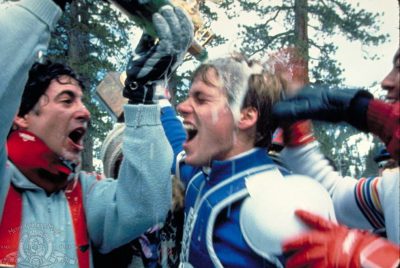 I know I often say on these episode pages that I’m going to keep things short and sweet and then I go on to ramble, quite brilliantly some might say, for 1000 words or more BUT that is not the case this time around. Our Season 3 opener is so damn good and so damn listener friendly (under three hours! but don’t get used to it) that I want you to press “PLAY” and bask in its total awesomeness. Much like the heroes in tonight’s film, “Hot Dog: The Movie”, by the end of the show’s three hours your Tuesday Night heroes find themselves drunk and high on the unique adrenalin that can only be acquired at the highest levels of world championship drinking. 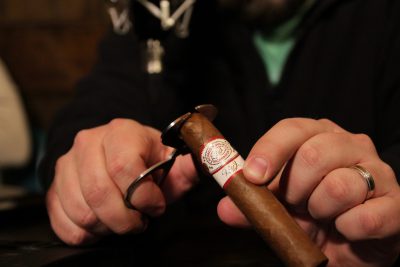 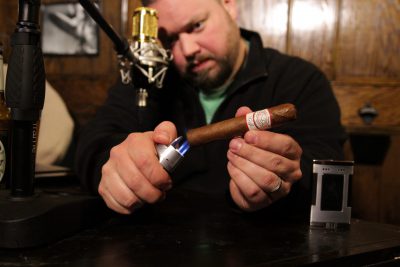 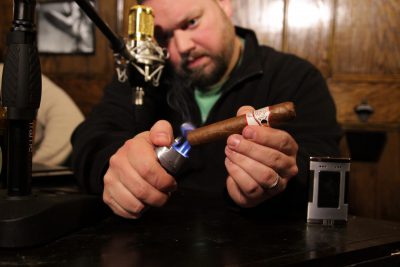 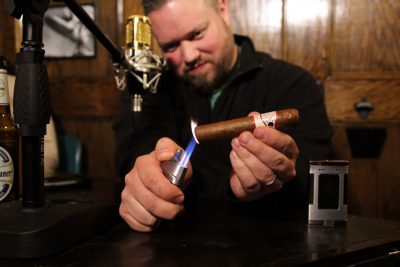 Just the look and feel of this cigar gave me hope that this would finally be the one Romeo y Julieta offering that swept me off my feet. Provided to us by The Montecristo Social Club as part of their Cigar Pairing Guide program, this little sucker was very heavy and dense in the hand. It may have been the heaviest robusto I’ve ever held… and I’ve held my share of heavy robustos. The white band and corresponding band on the foot of the cigar were classy and they really popped against the beautiful Nicaraguan Corojo Jalapa wrapper. But eventually you’ve got to set fire to these cigar thingies and see if they sink or swim… 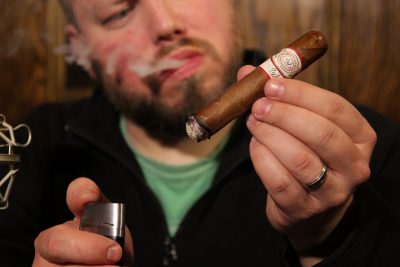 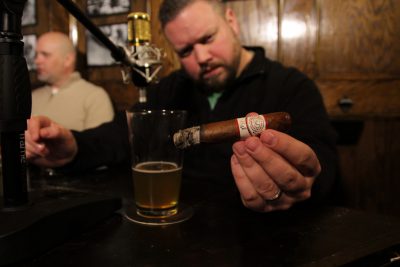 Unfortunately, it sunk. The first two thirds of the cigar were fairly one note with a strong black pepper presence and little else. While Tut and I both picked up on the dominant pepper and found the RyJ to be dead center in medium strength territory, Yak Boy interestingly had a completely different experience. He found the cigar to be mild with no pepper sensation whatsoever. Yaks found it so mild that the mild Hefeweizen we were drinking overpowered it. Palates are weird creatures, folks. 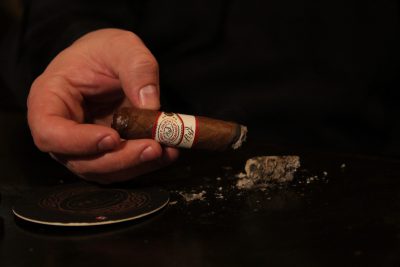 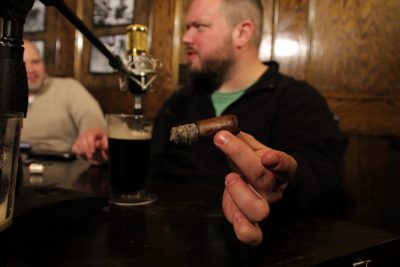 The final third was by far the most appealing as the molasses flavor promised to us by the Cigar Pairing Guide finally made an appearance. Of course when an individual’s palate is concerned, they’re so damn unique that you can never really promise that anyone will experience anything so it’s super rad when it actually happens. This new note was so late in the game sadly and combined with my having to constantly relight the cigar that I’m afraid my quest for an impressive Romeo y Julieta will continue on into the new year. O Romeo, Romeo! Wherefore art thou… actually I give up. No more Romeos for me. 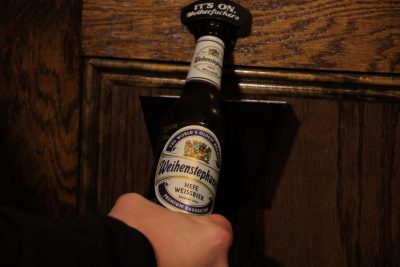 Perhaps early January isn’t the most seasonally appropriate time for this style of beer but the Cigar Pairing Guide called for tonight’s stogie to be paired with a Hefeweizen so here we are… and where we are, folks, is totally fucking radical! 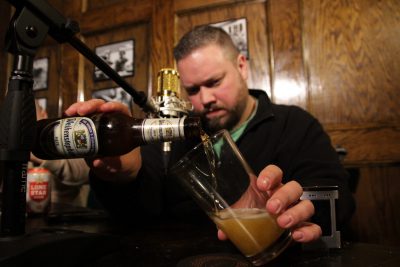 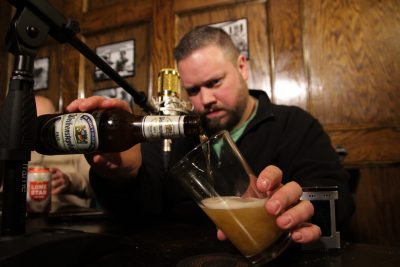 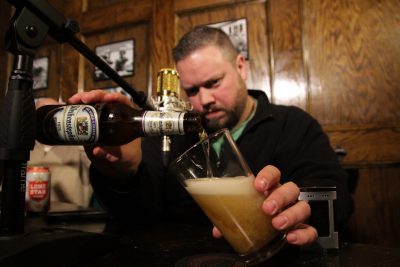 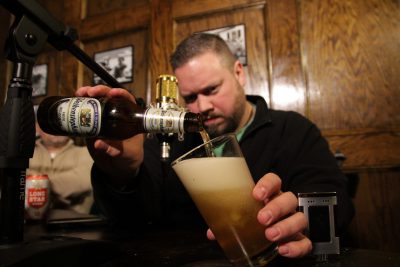 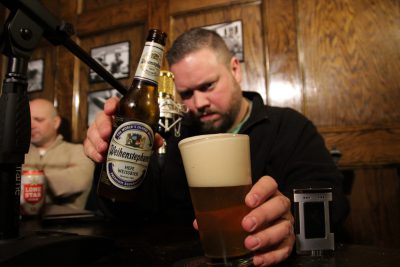 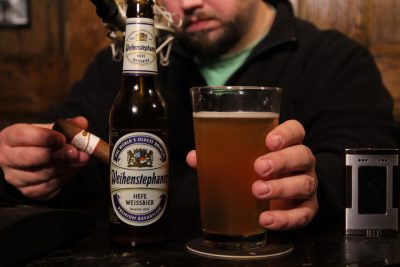 The flavors emitted from the Weihenstephaner Hefe Weissbier were amazing with subtle banana and an incredible smoothness that few beers achieve. That reminds me, have I ever mentioned that Mense and I had an experimental punk band back in the mid-nineties called The Subtle Bananas? We had more angst and fury than any actual musical talent but I hear they still whisper stories about the legendary shows we put on behind the Belton, Texas Whataburger… You see, boys and girls, pounding down 8 or 12 of these delicious Weissbiers will bring about pleasant reflections on the past such as this. And despite the cigar getting a thumbs down from me, it did pair very well with this beer. They complimented each other nicely in that they never competed with one another, much like Mense and myself complimented each other on our sweat-soaked cover version of Paula Cole’s “Where Have All The Cowboys Gone?“. That shit was spicier than the Whataburger ketchup! 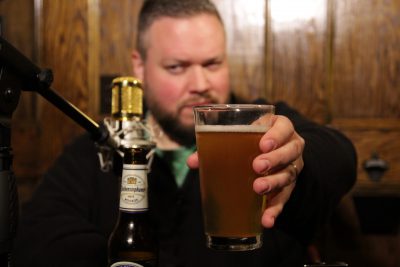 “Grab your poles and kiss your buns goodbye!” The announcer says this deeply meaningful statement in the trailer below and it really applies on several different levels if you stop to think about it. In fact, we spend almost 3 hours thinking about and discussing this amazing film on tonight’s show. If you have never basked in the totally tubular brilliance that is “Hot Dog… The Move” get your buns over to Amazon Prime and drop a few bucks to get caught up. Until then, here’s one of the best trailers ever assembled.

I hadn’t seen “Hot Dog… The Movie” (as opposed to “Hot Dog… The Food”, of which I’ve seen way too many) since I was a preteen boy visiting family on summer vacation. And much like our country boy protagonist Harkin’s expression below, I remember fondly seeing some things I had never quite seen before… 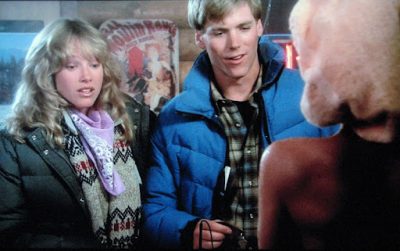 The eyes are windows to the soul…

But other than some fully nude hot tub shenanigans that were burned into my 12-year-old subconscious, my memory failed me on this film. Turns out “Hot Dog” has a lot more going on than I recalled (I’m going to drop the “… The Movie” as I hope you realize we’re talking about the movie by now and, if not, perhaps you’ve had too many Weihenstephaner Hefe Weissbiers your damn self! Party On!!!). And holy shit on a shingle do we get to the bottom of this film the only way the Tuesday Night Cigar Club knows how. 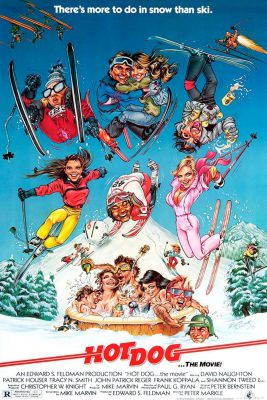 I chug a pint of beer at the beginning of this episode. Some of the crew watched in disbelief and admiration, some seethed in anger and jealousy, but by the time the podcast was coming to an end I believe they all understood why I did what I did. If “Hot Dog” teaches us anything it’s that you should never miss an opportunity to party your fucking ass off like it’s your last day on earth. Why sip when you can chug, why wear pants when you can just as easily go pantless… Live dammit! LIVE!!! 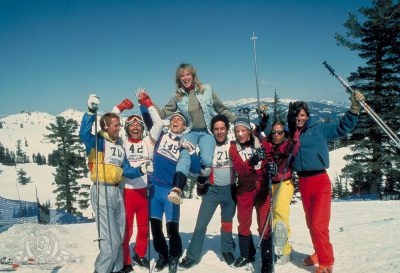 Dreams are great and goals are good but without copious amounts of beer something something… TOP OF THE HILL!!! 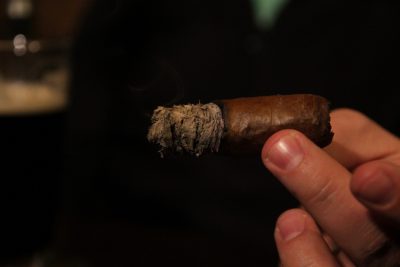 Ah dammit, I’ve crossed over the 1000 word barrier once again. What can I say, I love this episode and I want you to click the player below or head over to iTunes and fall in love with it as well. And leave us a review while you’re over there, all the cool kids on the slopes are doing it. Top of the hill, baby! Top of the hill!!!

Thank you for checking out The Tuesday Night Cigar Club and we’ll see you next time when we review another cigar, adult beverage, and film. May the wings of liberty never lose a feather.

The Boot Of Remembrance