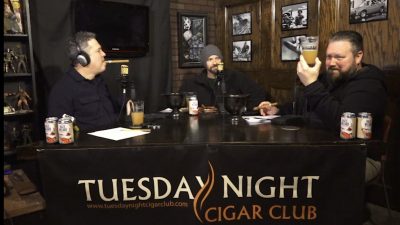 As always, looking for answers in the bottom of a pint glass…

After listening to another cigar podcast recently (something I don’t believe I’d ever done before), I decided to start off tonight’s show with a brief discussion about how “podcasts are dying and shitty podcasters are killing them”. Seriously – if you’re only goal is to hear your own voice and you bring absolutely nothing new or even slightly interesting to the table just fuck off. As our good friend Jonathan Drew might ask – what’s your raison d’être, your reason for being? Having said all that, watch or listen to our show below and you’ll either quickly learn or be instantly reminded of exactly what the TNCC brings to the table. So click those links and join the party NOW!!! 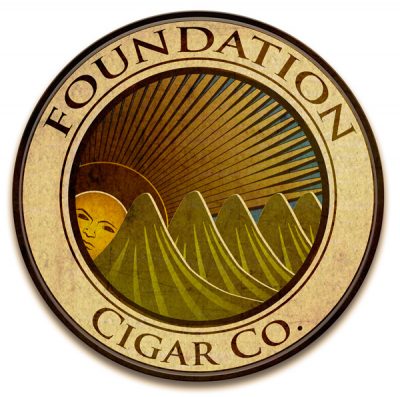 Size: 7 x 48
Wrapper: Connecticut Shade Grown
Binder: Brazilian Mata Fina
Filler: Nicaraguan (Jalapa and Ometepe grown criollo and corojo, with the addition of an exclusive hybrid called “Nicadán”)
Price: $16.00 (we acquired these from Famous Smoke Shop where a five pack will bring the price down to right around $14.50 AND if you order ten from Famous and use promo code TNCC20 at check out it’ll bring the price down to $12.50! You’re welcome and happy smoking!)

The Highclere Castle Churchill features a gorgeous silky-as-hell Connecticut wrapper with minimal veins and a woodsy aroma. We picked up on notes of nutmeg and natural sweetness on the cold draw. 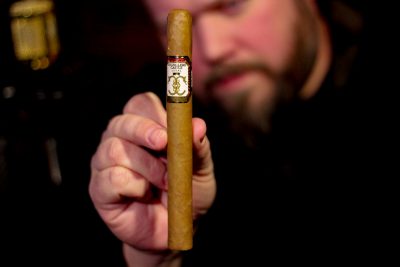 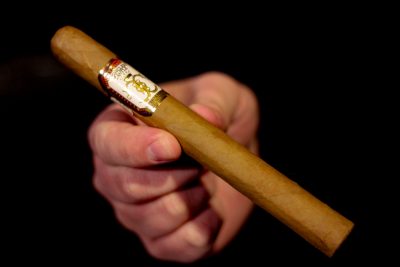 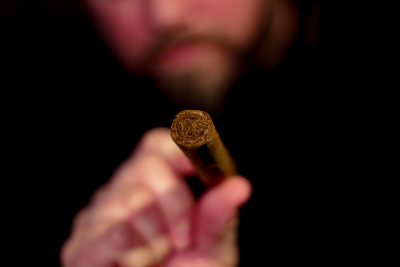 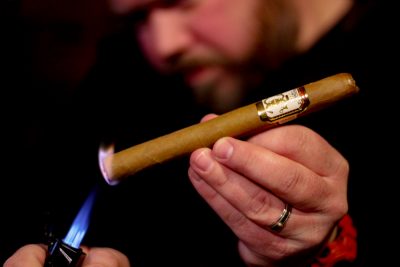 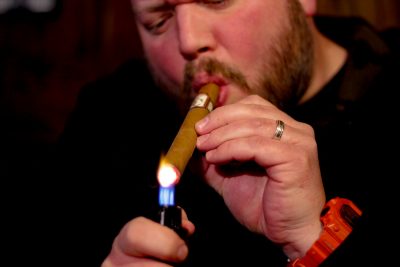 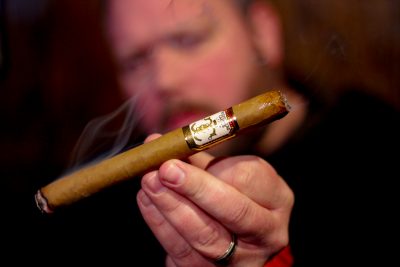 Upon toasting the foot, there’s black pepper on the retrohale with leather and cedar on the draw. This cigar gets a crazy high rating for its aroma, the smoke pouring from each Highclere Castle had our collective nostrils dancing in delight. And that may be the weirdest sentence I’ve ever typed… don’t judge me. 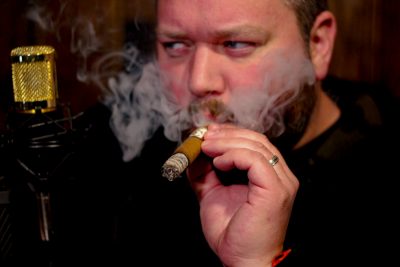 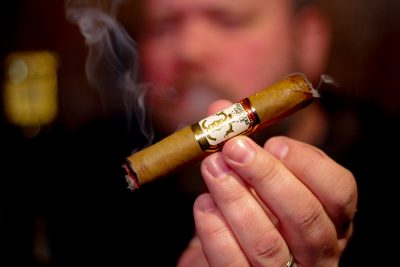 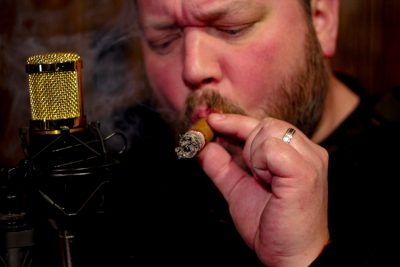 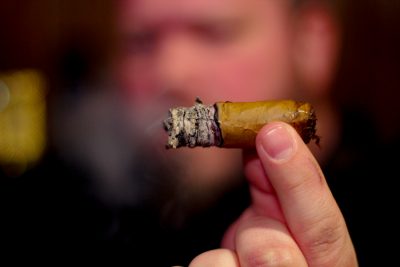 The leather flavor here is a deep, rich leather unlike any other that we’ve enjoyed on the show so far. It’s like you’re smoking a pair of Italian leather boots! When you match that refined leather note with cedar and then some consistent but not overpowering spice through the nose – it makes for a very pleasant smoking experience. And just when we thought that we’d figured the Highclere Castle out, a creaminess was introduced on the draw in the final third along with some graham cracker that suddenly appeared on the retrohale. Three thumbs up!!! 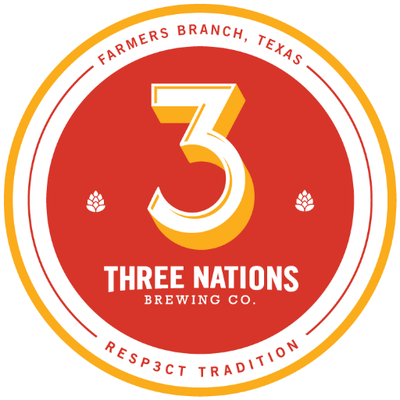 “IPA lovers and haters alike will love this New England style IPA”. We didn’t say that, the beer’s brewer did. But we all agreed! 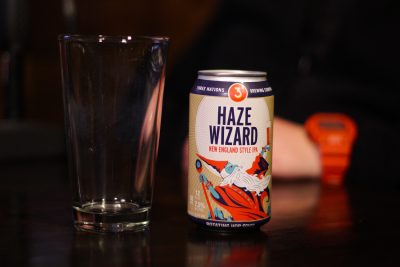 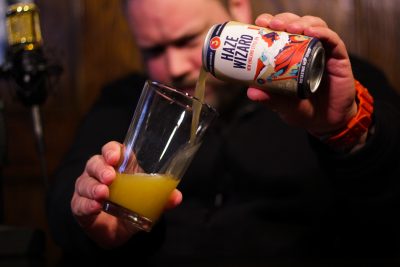 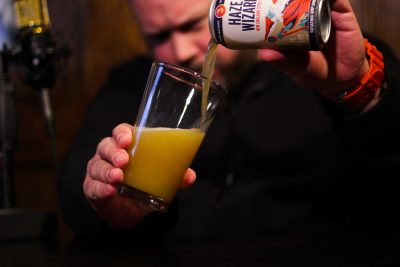 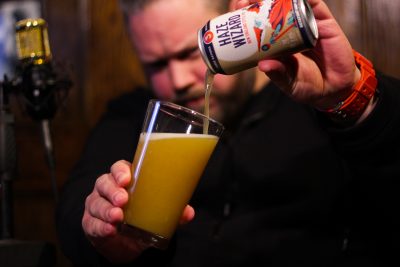 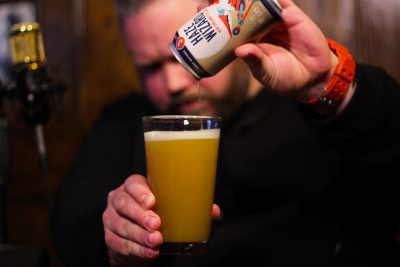 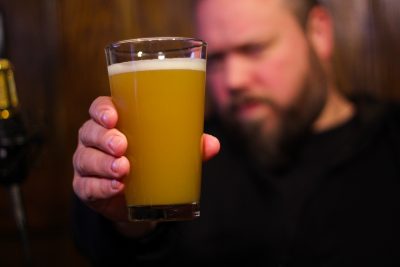 Citrus flavors of grapefruit and orange combine with tasty hops on the front end that’s followed by an extremely creamy swallow (get your head outta the gutter), this is one smooth drinking beer that goes down super easy (I said stop it!). The Hop Wizard might also be the best pairing IPA for Connecticut cigars that we’ve reviewed on the show thus far. Thus, you should all go drink you some! 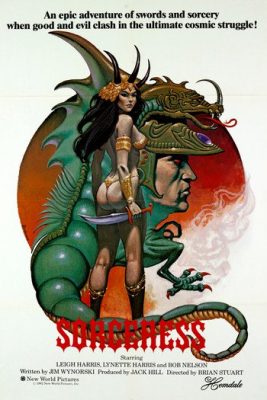 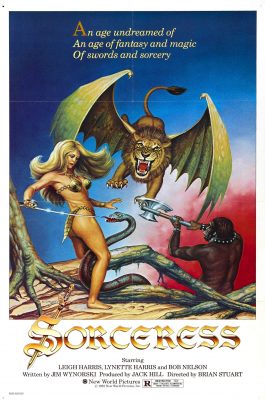 With poster art as glorious as this, how have we not featured this fucking movie before now?!?! Well… because sometimes posters can be deceiving. Sorceress is the tale of twin warrior sisters who everyone believes are young men despite the fact that they wear bearskin mini-skirts and their pendulous boobs are constantly swinging to and fro. What brand of powerful medieval wizardry leads everyone to buy into their gender disguises? They wear caps.

Sisters Mira and Mara sans caps, you know, so you can tell their girls…

Seriously, she finally shaves her arm pits for this limp dick?

As you can rightfully assume, we have a lot of fun with this movie. Yes, we could have followed up our last classy episode with another film festival favorite, a Robert Redford approved Sundance drama about immigrants or criminal justice reform, but we are who we are. This is our raison d’être. And hey, if Robert Redford wants to make a movie where he greases up a big ass cock-shaped pole we’ll talk about it! 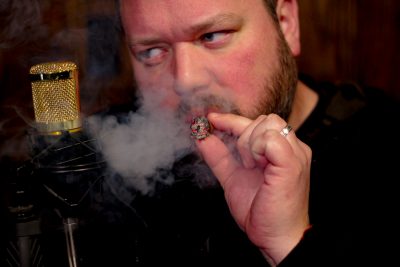 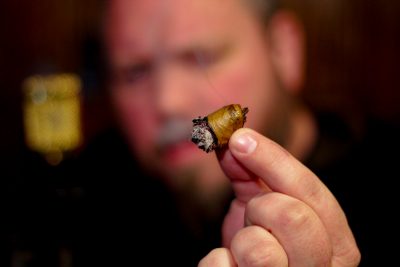 This is one of my favorite episodes we’ve ever recorded. I think it truly captures us in our element, doing what we do better than anybody – turning a cinematic lemon into highly entertaining lemonade. Albeit lemonade that’s mixed with so much booze you can’t really tell it’s lemonade anymore and after you take a few sips you start to forget your own social security number. Again folks, we are who we are. 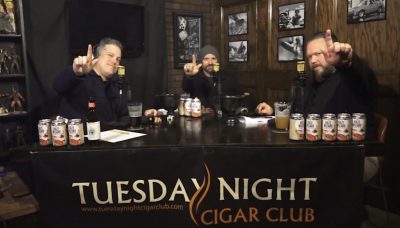