Welcome everybody to our very special kids episode... or did I blow that by telling Beetle Bailey to eat shit and die in the first five minutes of the show? 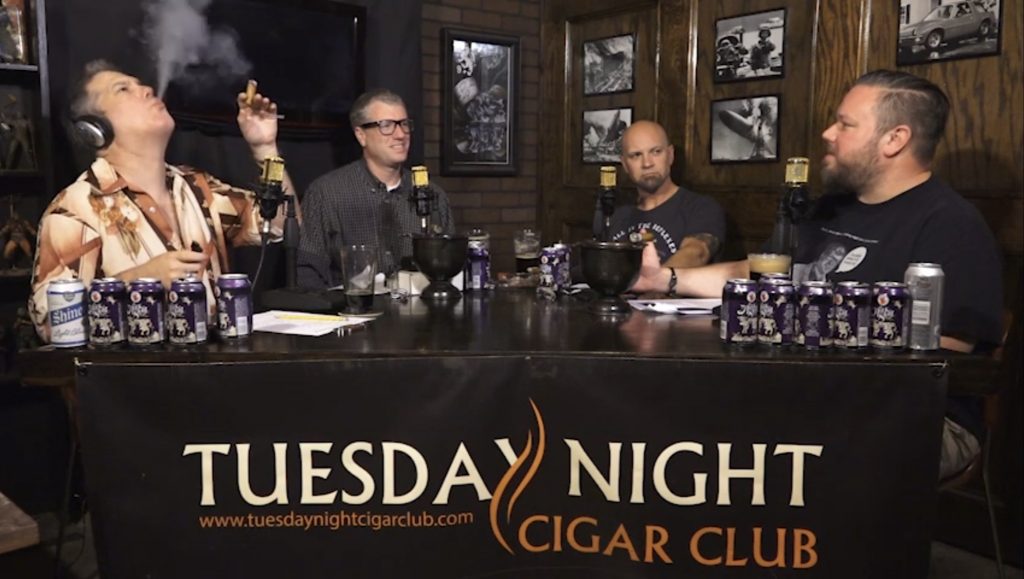 I’m not saying that we were paid a surprise visit by a certain celebrity on tonight’s episode… and I’m also not saying that this certain 80’s heartthrob didn’t make an appearance. You’re just going to have to click the links below and find out for yourself. But I will say with 100% confidence that this is one very entertaining show and you will be a better human being after joining us for a couple hours. So pour yourself a drink and let’s do this! 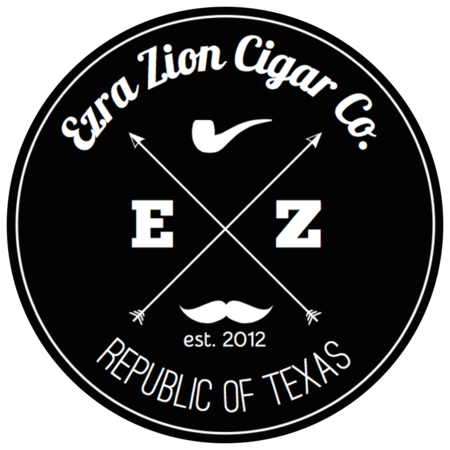 From the Ezra Zion website, we get this description:

“Everyone has memories of Mom or Grandma making them some Milk & Cookies. If you stop and think about it, it’s probably the best thing you ever tasted in your life. Not just for the flavor…but for the love that was in it! Call us nostalgic…but we wanted to do the same. Something tasty and special…made with a little bit of love!
Milk & Cookies is a full-bodied, medium-strength 6×52 classic toro. Tobaccos used are from 2010-2012 vintages, making them between 6-8 years old. Tobacco origins are from Nicaragua, Peru, Ecuador, and Indonesia.
First light, big creamy flavors wash over the palate. Leather, brown sugar, and butter follow with a blast of cedarwood. Finish is long and clean adding vanilla bean. Retrohale is warming with a woody, cinnamon burn.
As it progresses, dark chocolate and walnut emerge. The blend gets creamier and rounder with hints of clove and licorice being added to the mix.
Halfway, caramel, cocoa, and white pepper develop. Slight hints of hazelnut are tasted on the finish. A maple sweetness lingers long on the finish. So delicious!
Last third, the chocolate notes become more dominate. Big waves of sweet buttercream, bourbon vanilla, and coffee. Construction and burn are perfect all the way to the nub! Milk & Cookies is a freaking masterpiece!” 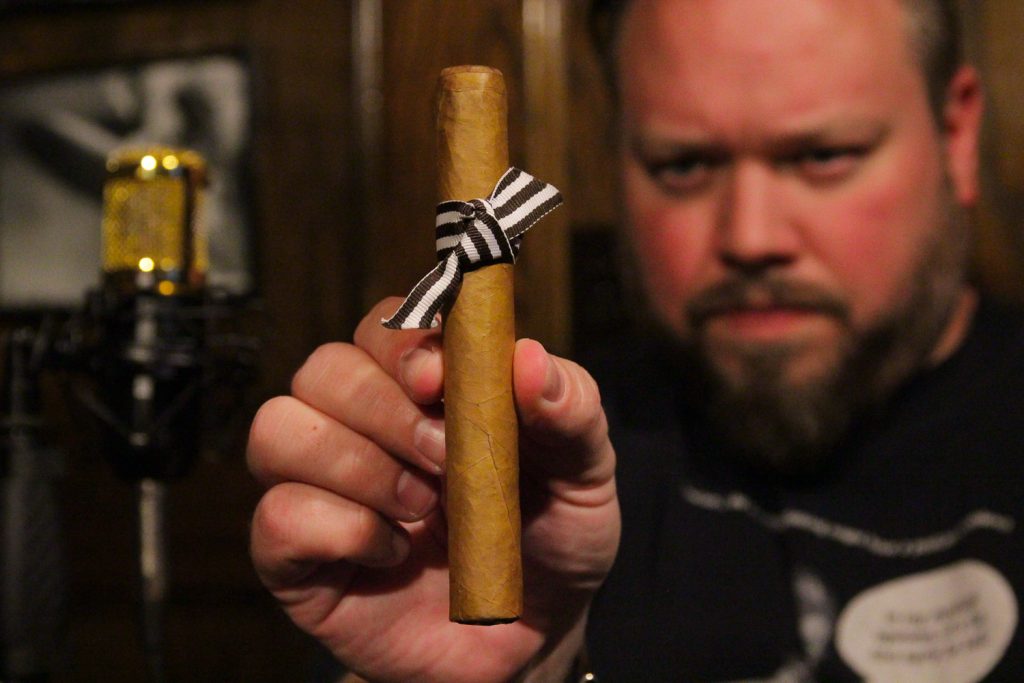 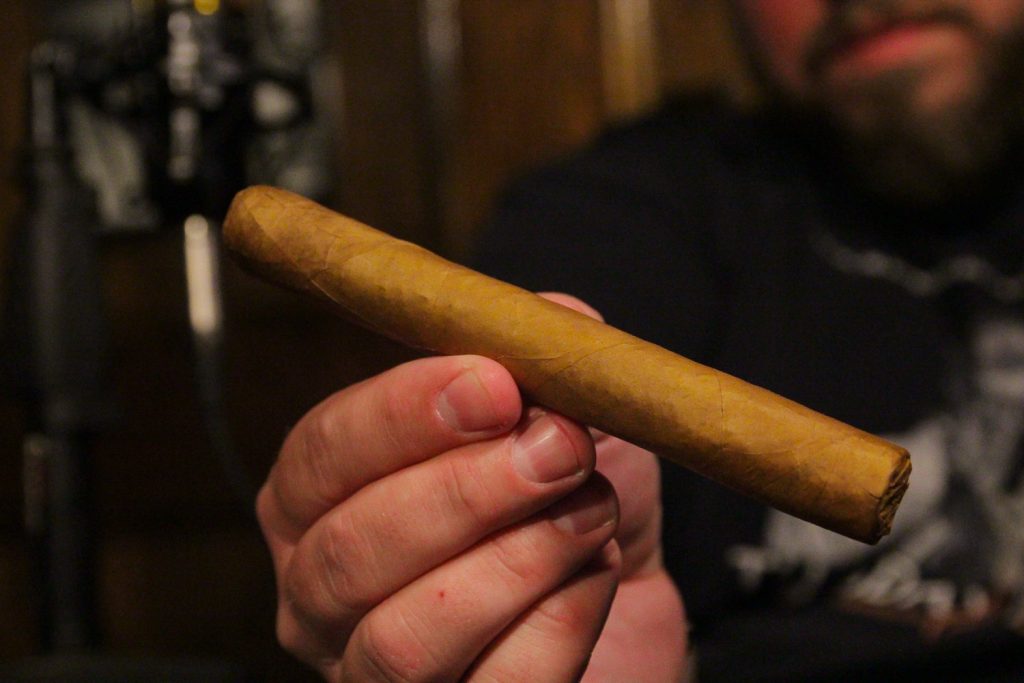 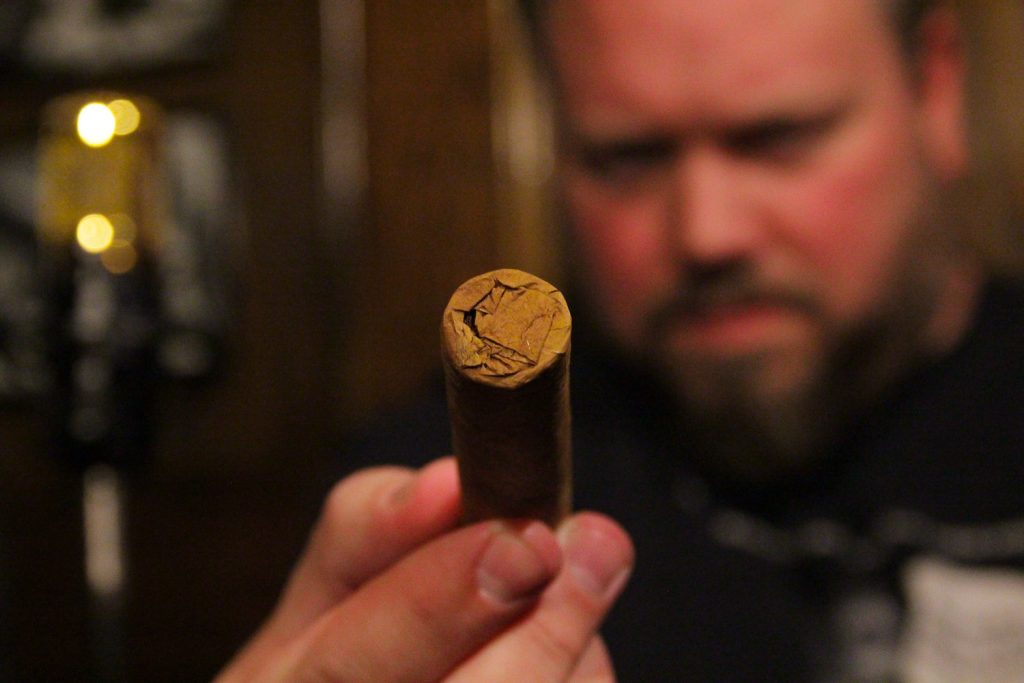 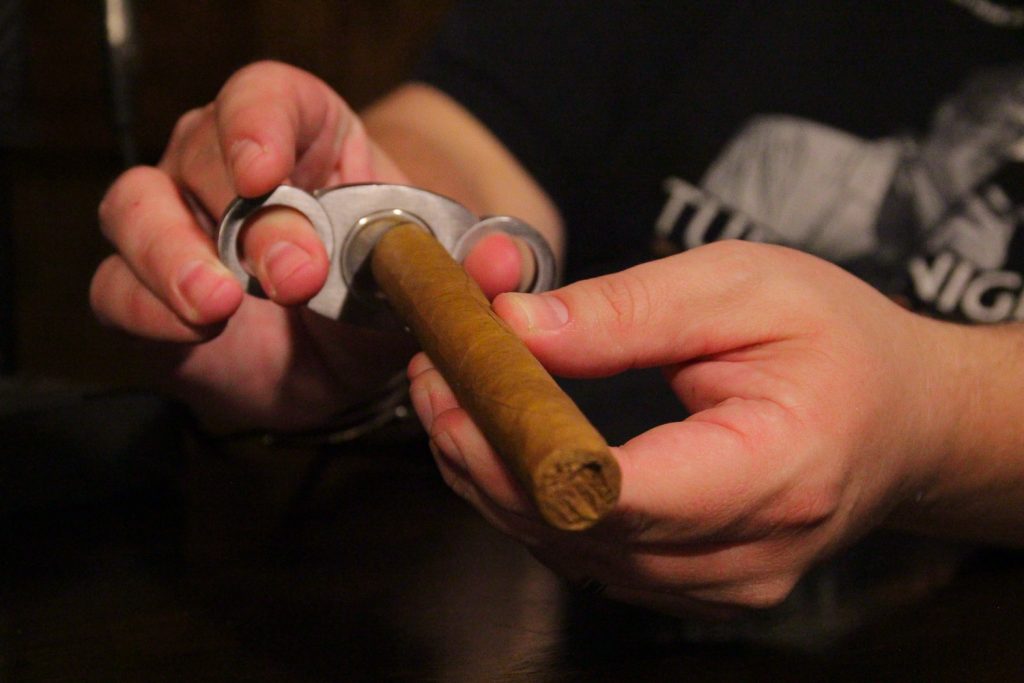 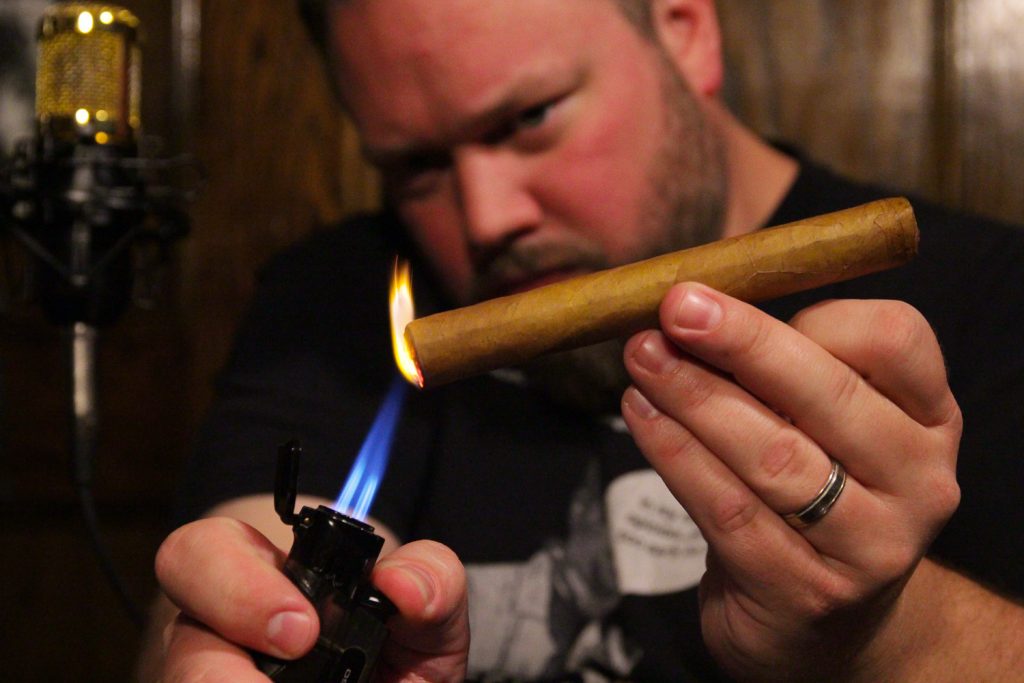 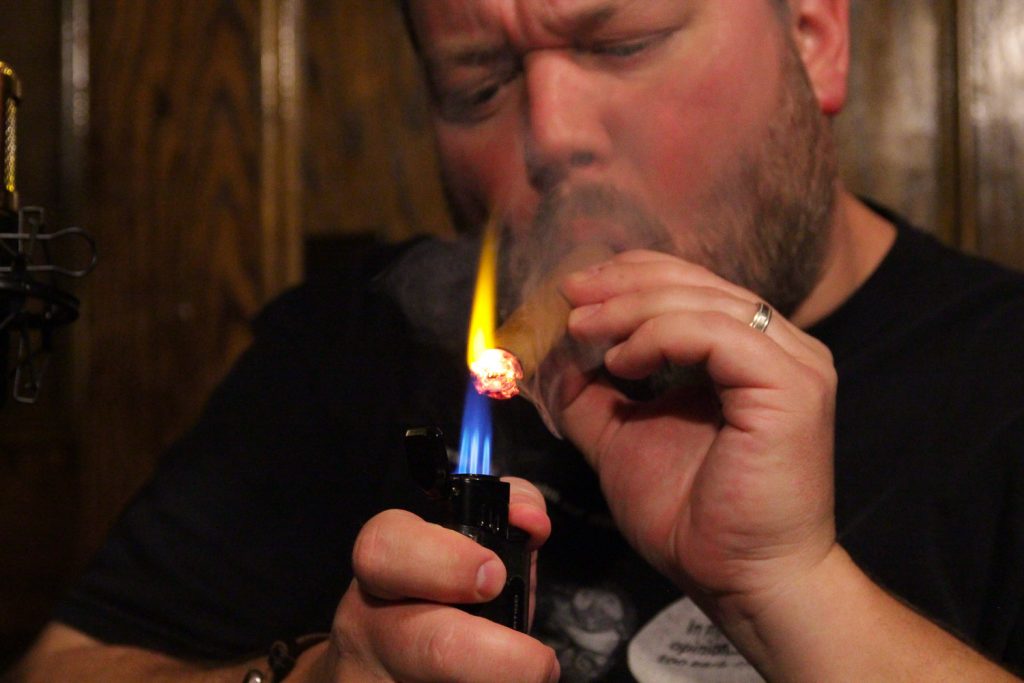 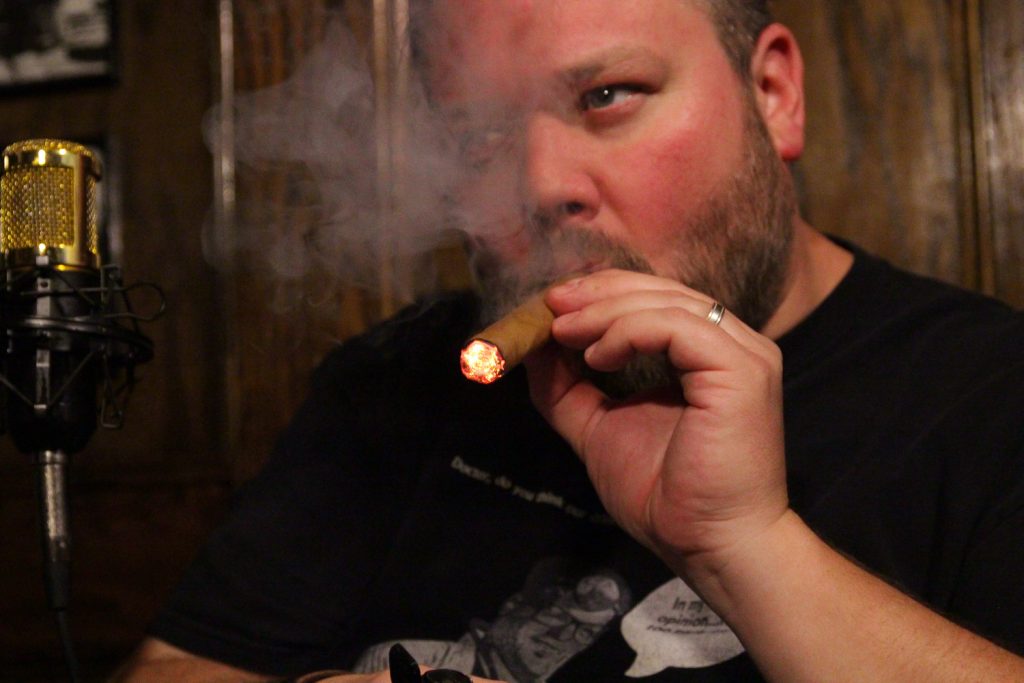 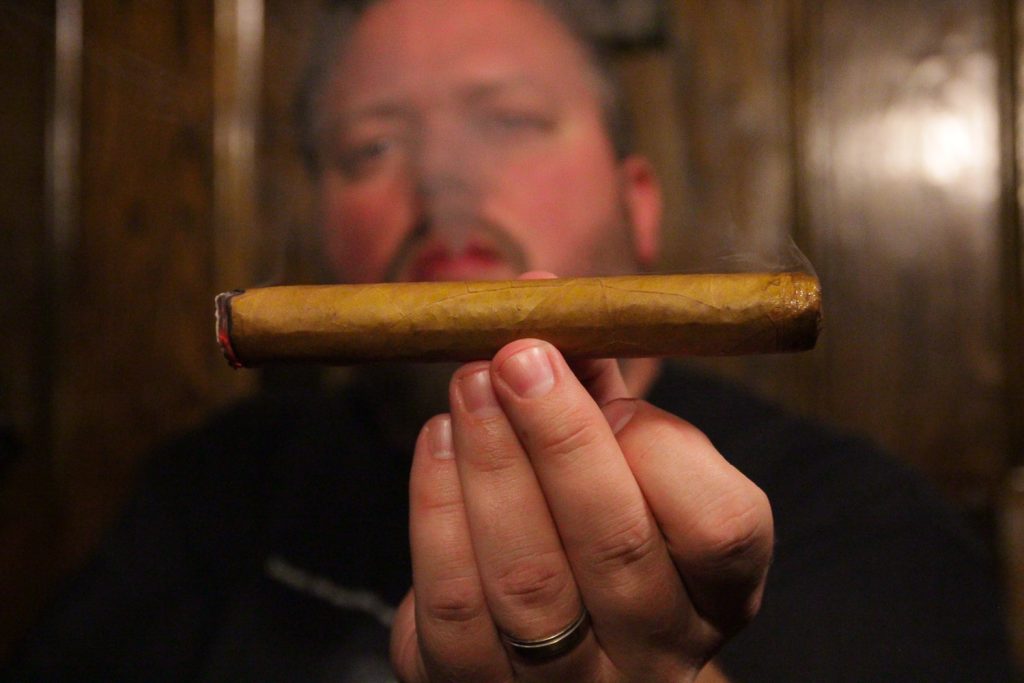 Wow, our sweet tooths were ready for this shit! And sure enough, a sugary sweetness and a vanilla sensation both appeared on the cold draw. The aroma is devine coming off the first light, it’s what reminded The Doctor of “why he fell in love with premium cigars in the first place” – that’s high praise as always. The wrapper is silky as all hell when rubbed between your fingertips…. and upon torching the foot of the Milk & Cookies the presence of cedar is both immediate and unmistakable. And there’s cream, a lot of really nice cream… 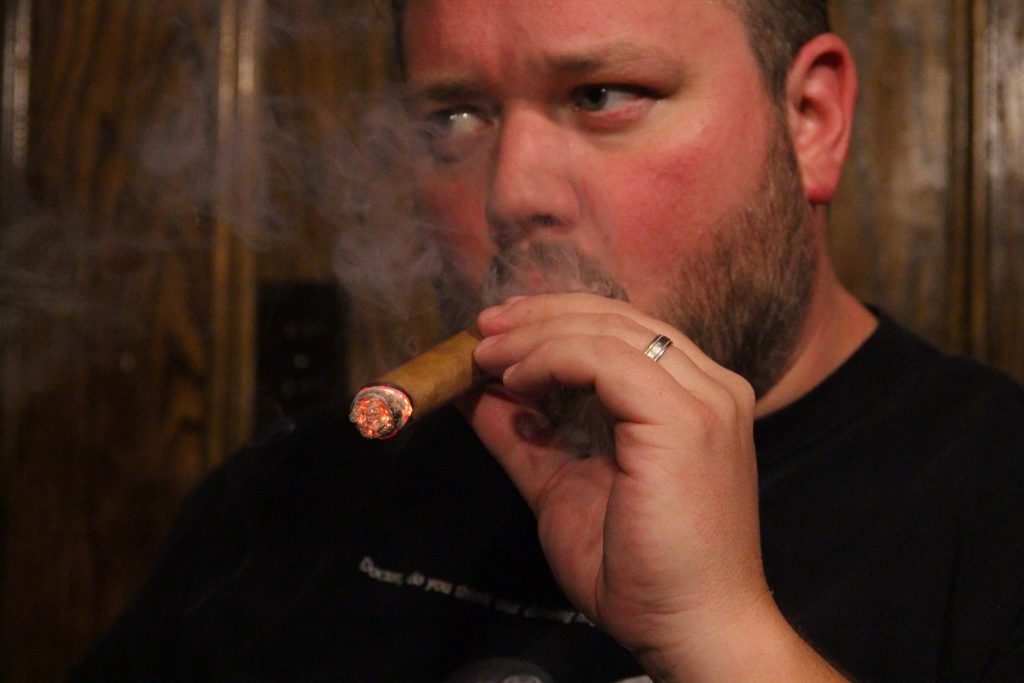 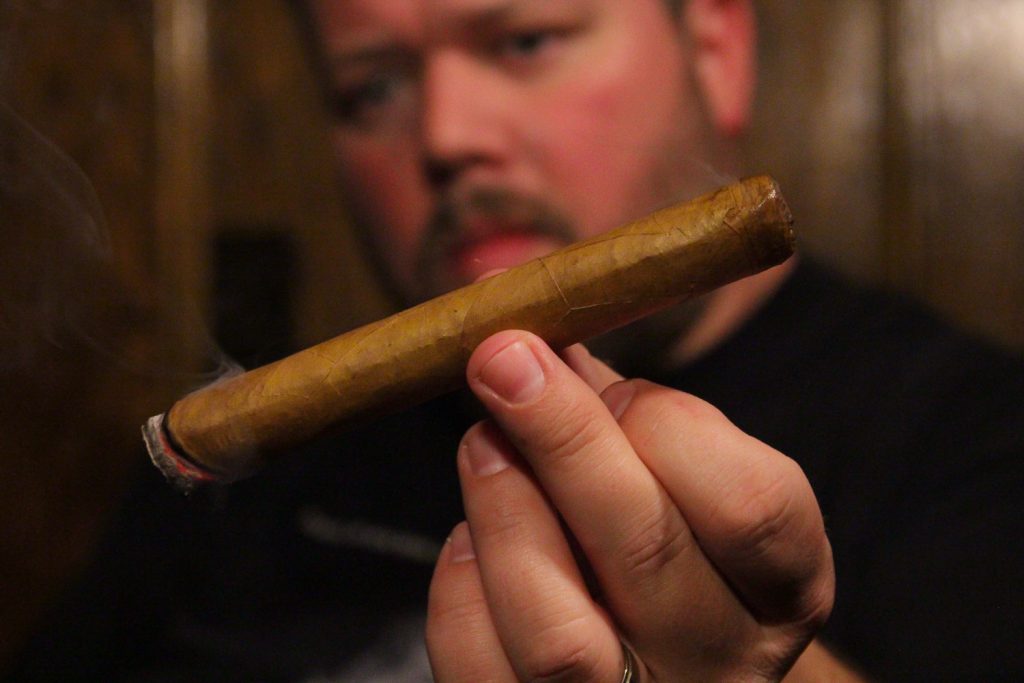 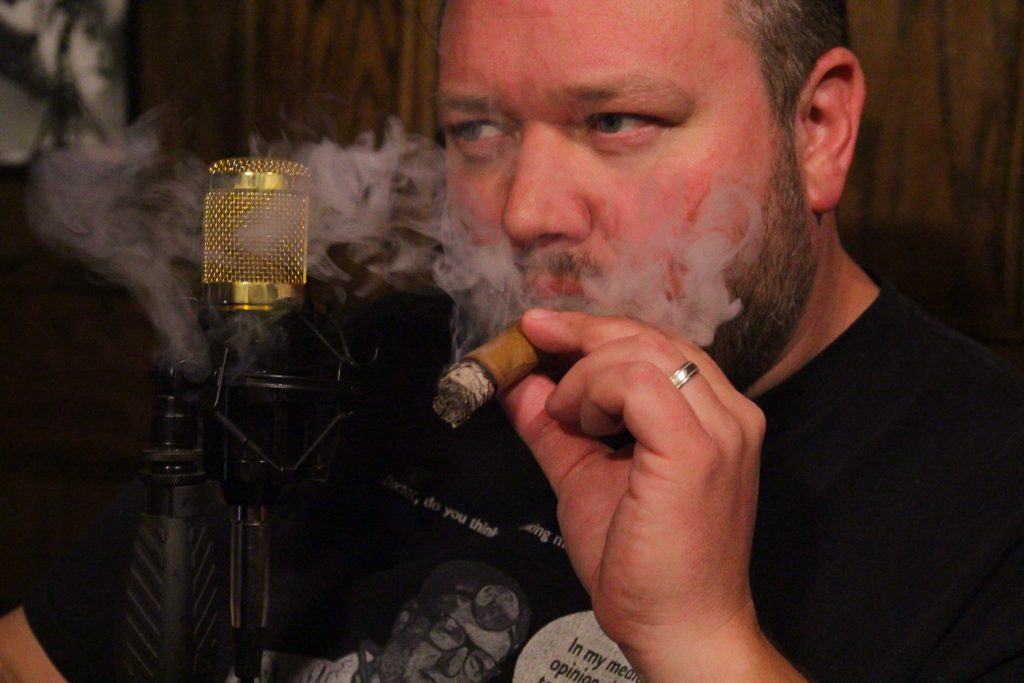 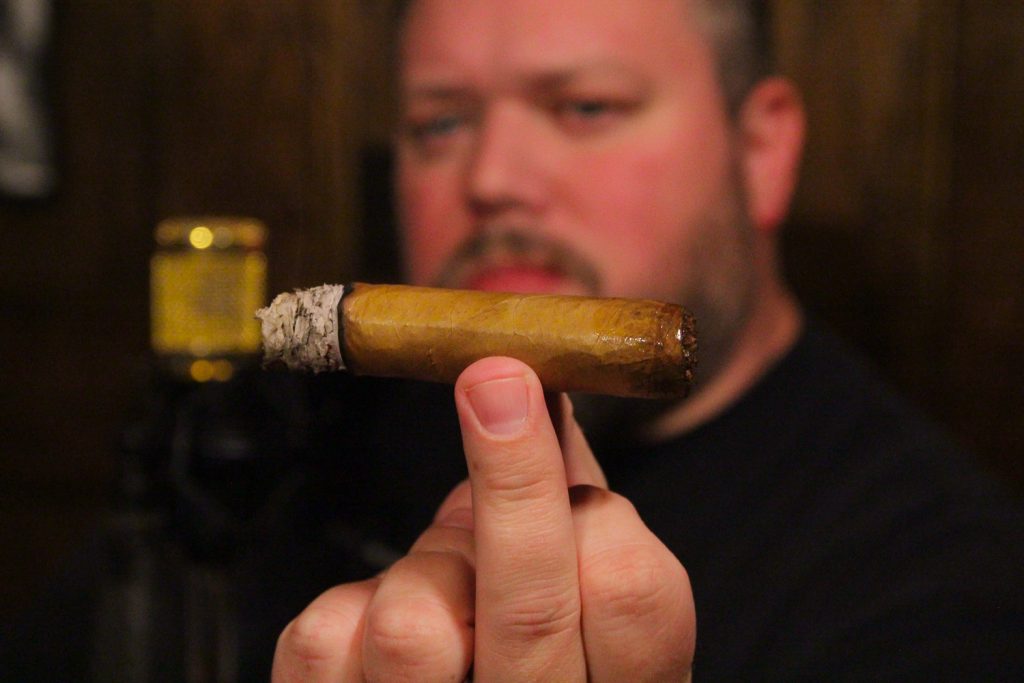 Cedar and leather rule the show all the way through the first two thirds, with a very subdued creaminess and saltiness also at play. Spice is always present on the retrohale, it never exits but it comes and goes as far as making you aware of its presence. There’s excellent construction all around, a nice burn line (watch that ash though as it drops frequently), and there is consistent air flow throughout the entire smoke despite several long lulls due to the riveting conversation. In the final act, the original sugary sweetness does reappear and when combined with the stronger spice on the nose it made for a satisfying conclusion. 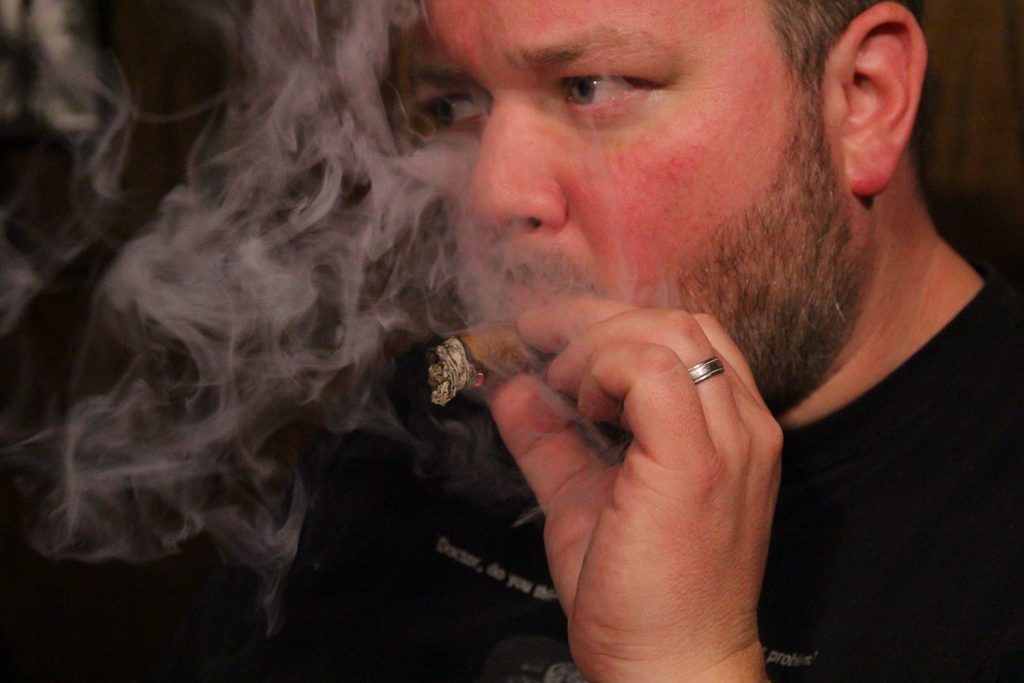 While we didn’t get hardly any of the flavors Ezra Zion describes when marketing the Milk & Cookies (unless your grandma was baking leather flavored cookies for you as a child which would be weird), it was still an enjoyable cigar nonetheless. It’s somewhat hard to balance our critique against what we were promised we would experience flavor-wise BUT you don’t sell the steak folks, you sell the sizzle. If the sales email hadn’t thrown so many superfluous, amazingly tempting, descriptives at me maybe I wouldn’t have given this cigar the time of day. So despite the Milk & Cookies not tasting anything like Milk & Cookies, I’m glad we were able to gobble these limited releases up. 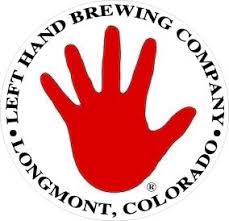 Here’s a fun fact for you guys and gals – tonight’s show marks the second time in TNCC history that we’ve featured a beer on the show twice without realizing it. A little over two years ago we reviewed Left Hand’s Milk Stout Nitro and I was completely unaware of that until just now as I sit here typing up this episode page. What possible reason could explain us losing so many memories and brain cells over the years… glug glug glug… 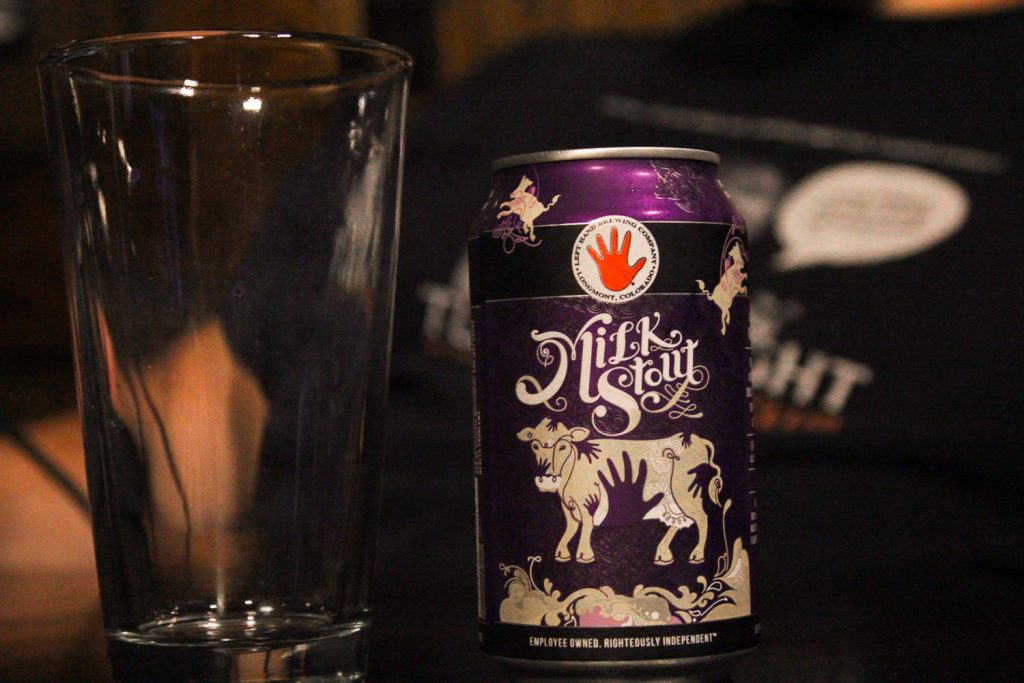 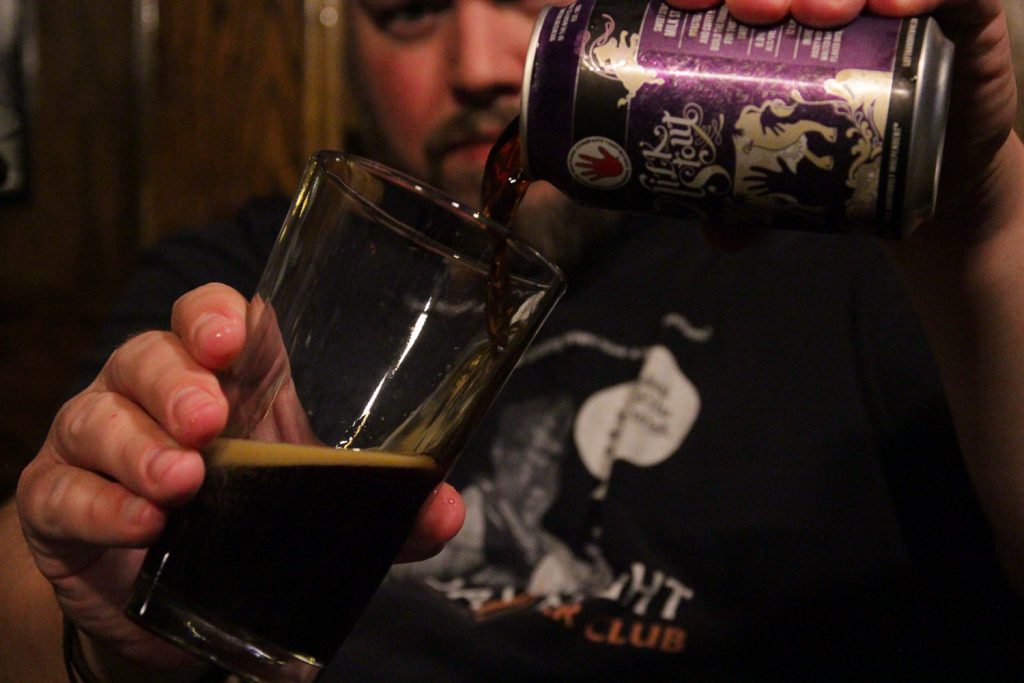 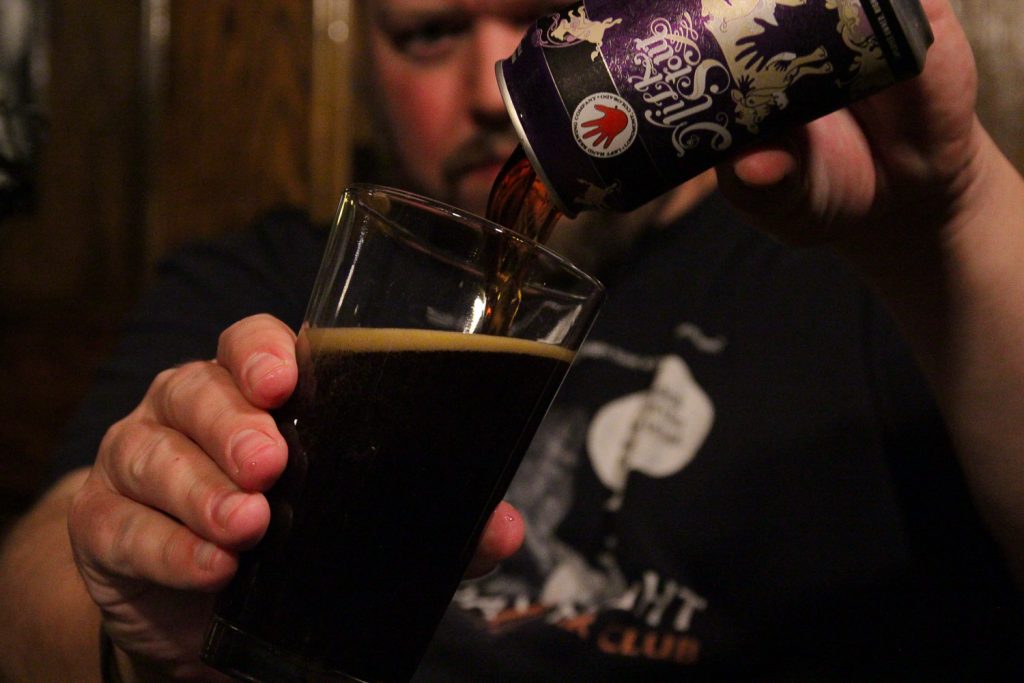 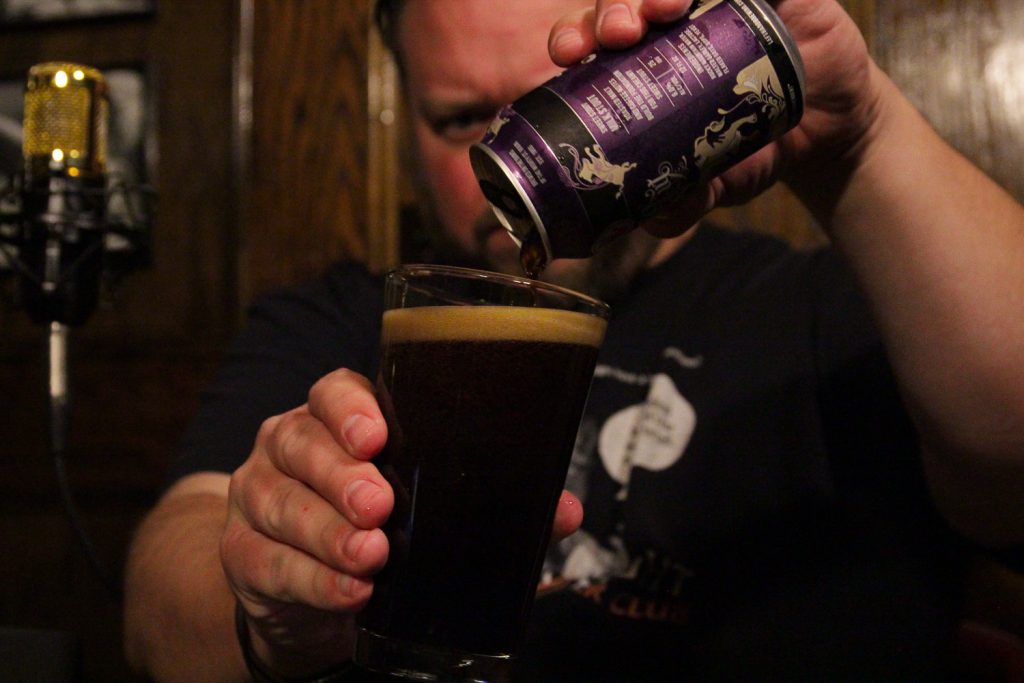 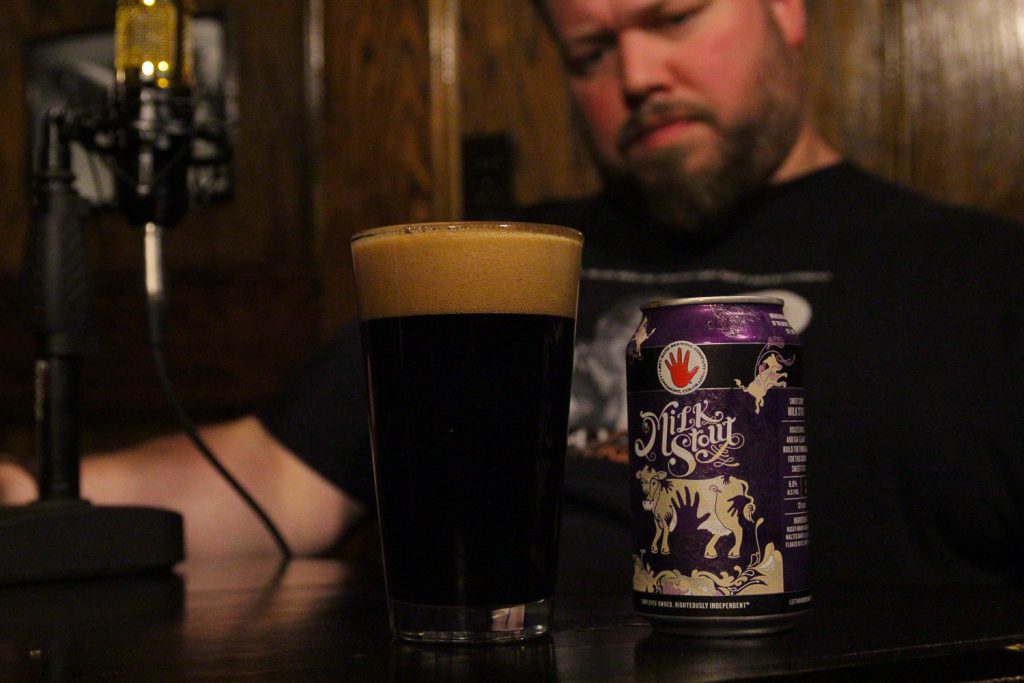 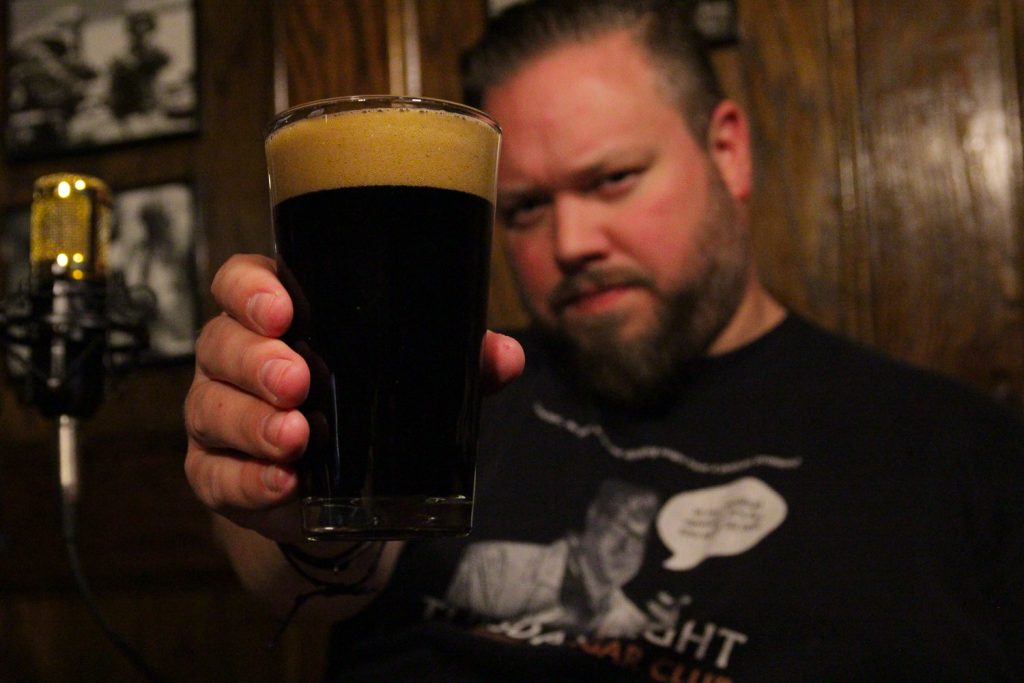 The milk sugars that are introduced into the beer take this stout to another level. It’s so damn creamy, there’s a little bit of chocolate, no coffee, no bitterness, the Left Hand Milk Stout is just fucking delicious. That’s it – class dismissed! 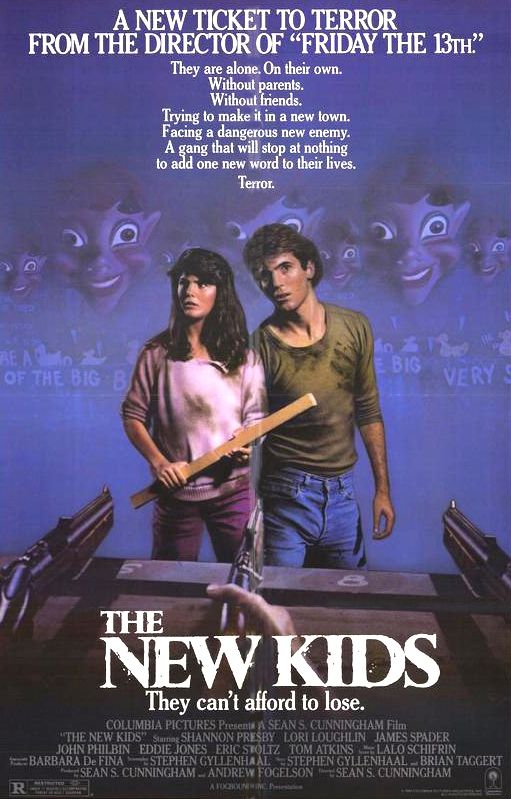 Don’t be misled by this intentionally misleading poster, tonight’s film is not a horror movie by any one’s definition…

I wish my dad was Tom Atkins. Hell, I wish my mom was Tom Atkins! I’d take him as anybody at this point, in fact I’d leave my family right now to live with 80 year old Tom Atkins! Any film that’s starts off with a scene of Tom Fucking Atkins in bed post-coitus (we don’t actually know if he banged his wife earlier that night but it’s Tom Fucking Atkins so you are right to assume that he did and that her orgasms were in the dozens) is an A-O-Fucking-K movie in our book! Oh wait, and then Atkins goes in to his sleeping teenage daughter’s bedroom and tells her that his new job promotion is going to mean more money to buy “tight jeans for that sexy little body of hers”!?!? ATKINS! No other actor could pull this shit off… it’s a shame his character dies in the next five minutes. 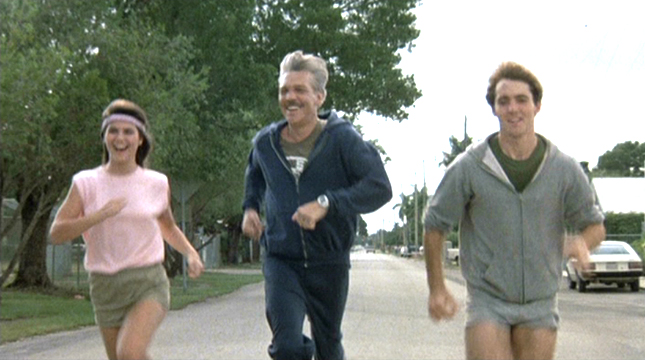 Tom Atkins aside, we all really dug this little movie and we were shocked that this hidden treasure hadn’t come across our radar until now. That’s one of the things I love about our show, the archaeological aspect of it. I mean how can one’s life be complete without soaking in the majestic wonder that is James Spader’s performance as Dutro, a Cajun accented psychopath who obsesses equally over both his illegal pitfall fighting operation and the big school dance. 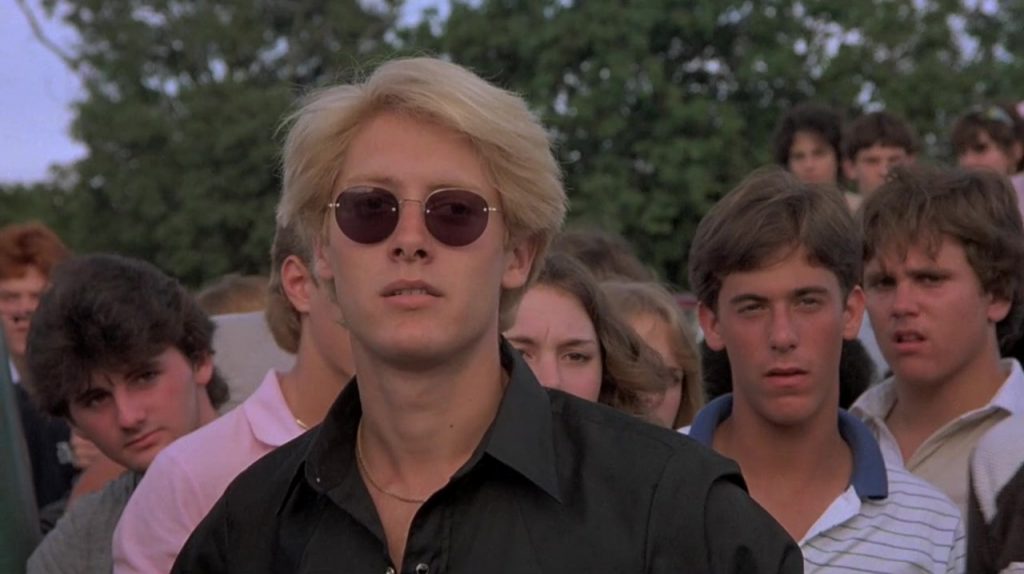 James Spader doesn’t play a new kid, he’s simply a kid who is also an asshole.

Hopefully you’ll have as much fun tonight learning about The New Kids as we did. Start drinking now, trust me in that it helps the process of true cinema appreciation… or something like that. We gave the film 3 and 3/4 thumbs up! 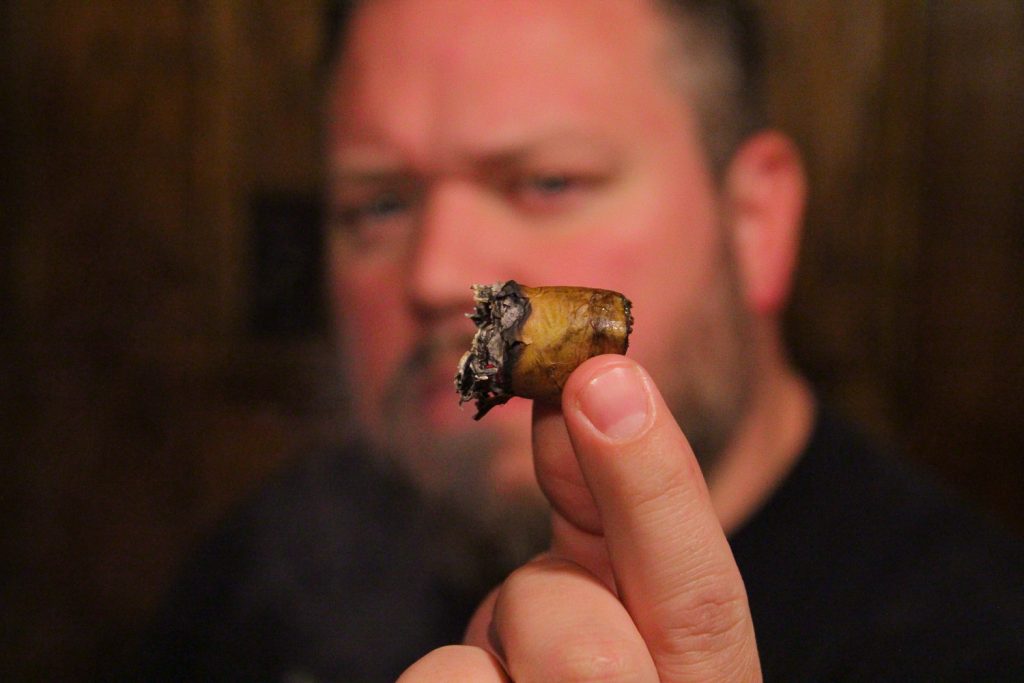 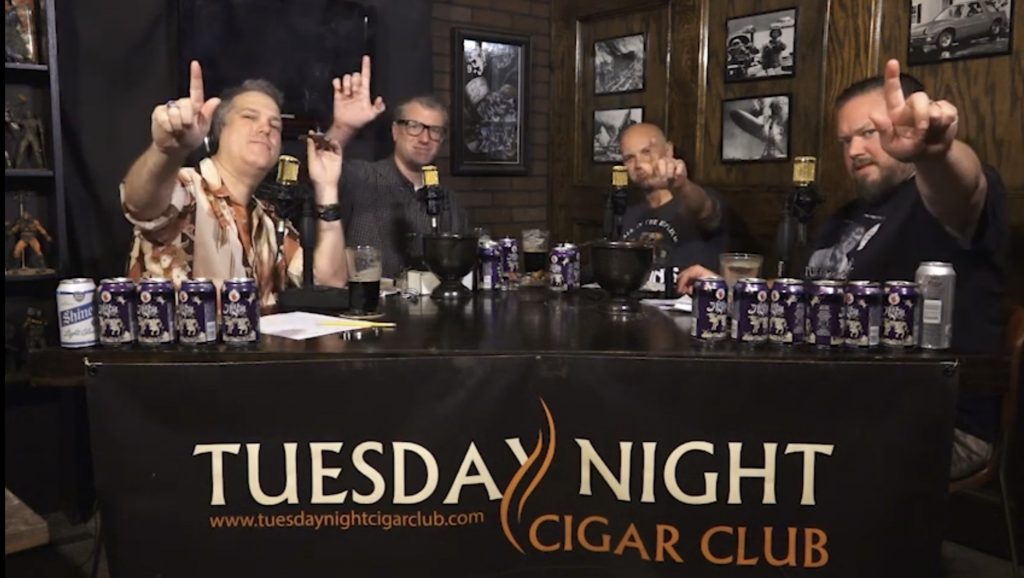