"The Dalai Lama was pretty hardcore... when it came to peace. He was balls to the fucking wall... about love and understanding!!!" 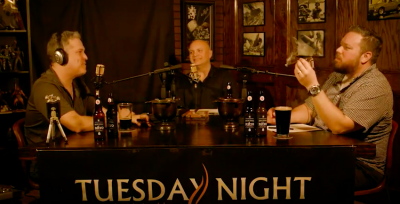 It’s yet another Tuesday night so… bring another round!!!

We haven’t done a double-feature in a long while here at The Tuesday Night Cigar Club so you’re in for a real treat tonight. It goes to show just how fucking good we are at what we do considering that we’re able to have such a fun time discussing dystopian science fiction films that both portray bleak futures where the government constantly lies to us and distracts its citizens from their basic civil rights being stripped away by putting on huge flashy sporting events… How did these filmmakers think up such craziness? Of course drinking copious amounts of delicious beer aids us in our pursuit of a good time and many MANY pints are raised and lowered this evening. Enjoy the show! 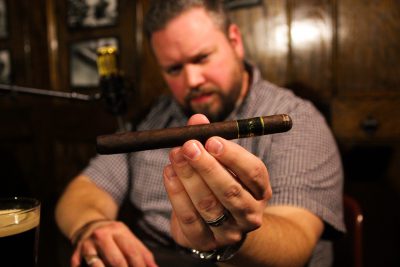 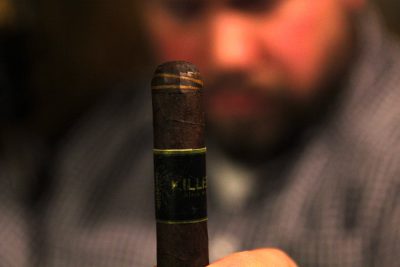 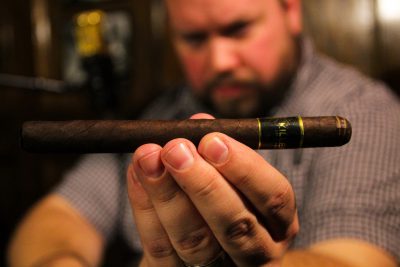 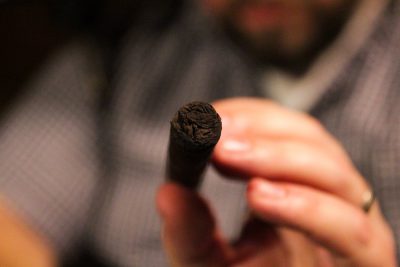 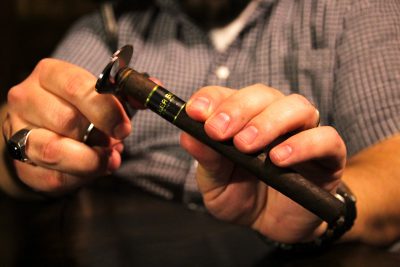 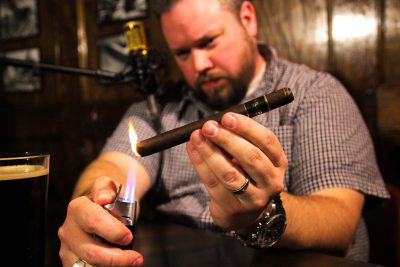 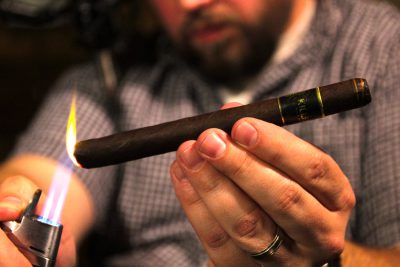 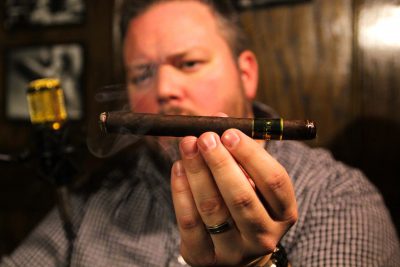 Tonight’s cigar is an event exclusive from Black Works Studio and it’s sure to catch your eye if you’re lucky enough to attend such an event. The dark Ecuadorian maduro wrapper is accented by the addition of a Connecticut linear cap that showcases the talent and creativity coming out of Fabrica Oveja Negra under the watchful eyes of James and Angela Brown. We interviewed James last year about the newly formed Black Works Studio and you can watch that interview below –

Their NBK box press corona larga was our #2 cigar of 2016 so expectations were high when lighting up the Killer Bee lonsdale for sure. 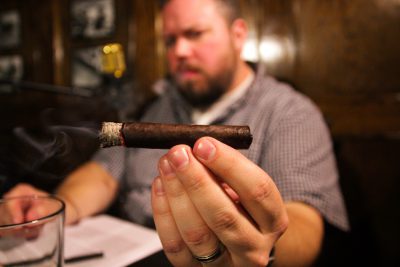 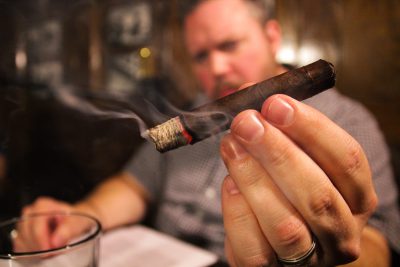 We all picked up on notes of both cocoa and tea on the cold draw before setting fire to the foot. There is an immediate blast of strong spice on the retrohale followed by flavors of mocha, rich tobacco, and a woodsy mesquite note. Both Yak Boy and I experienced a tight draw initially but we had both clipped the head very shallow as to not lop off the linear Connecticut leaf at the top of the cap, so our early thoughts were that perhaps this may have been the culprit. Throughout the first two thirds of the smoking experience, the chocolate and spice came and went in waves while the woodsy mesquite and oak flavors remained the one constant in this strong cigar. 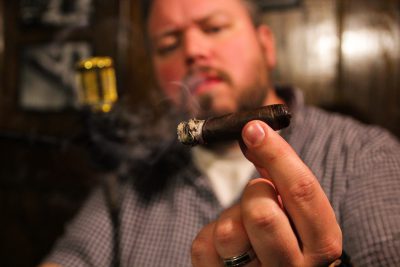 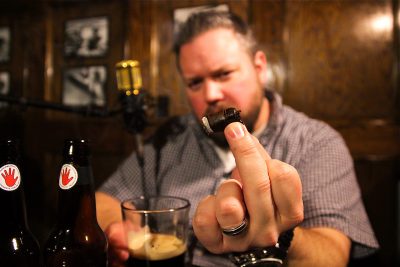 After clipping off some more of the head of the cigar, the draw continued to be tight forcing Yaks and I to relight the Killer Bee quite frequently but it should be noted that Tut had zero issues with the draw and even commented that his stogie exhibited “beautiful draw and construction from start to finish”. In the final third, the same flavors continued to come and go but with an increased frequency which kept things constantly interesting. The Killer Bee lonsdale is a flavorful, complex cigar and you can truly taste the quality. Tut voiced his disappointment that he wouldn’t be able to easily get his hands on more of the Killer Bee lonsdale which can be a frustrating point for sure when dealing with “event only” stogies. BUT I’ll tell you what I told him, the Killer Bee can be yours if you just get up off your ass and head out to a Black Works Studio function in your neck of the woods. It’ll be worth it. 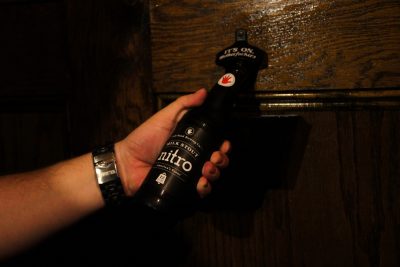 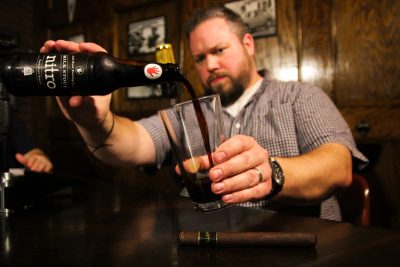 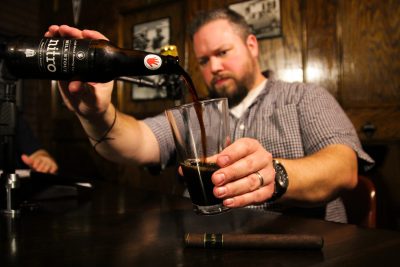 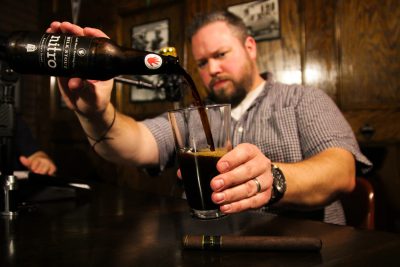 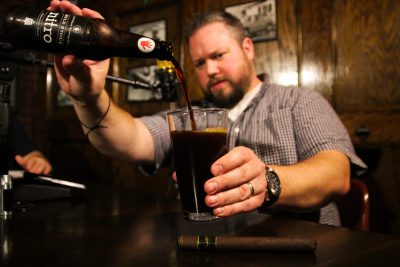 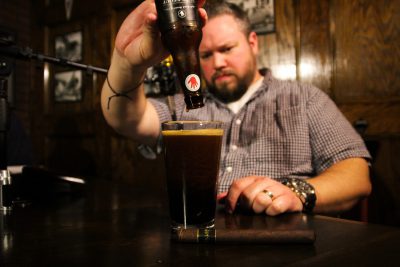 This dark beauty is the first American stout infused with nitrogen that doesn’t utilize a widget (or as your lovable TNCC beer experts call it “that clinky clink thingy in your Guinness can”). What does this mean? It means you can perform what’s called a hard pour straight down into your pint glass and watch the magical cascading awesomeness unfold right before your thirsty eyes. So what’s it taste like? The Milk Stout Nitro is dominated by a nicely muted but very warm inviting chocolate flavor that’s super creamy, super smooth, and super delicious. That’s what it tastes like. And it pairs wonderfully with a dark cigar. So get up off your ass, track yourself down a sixer and see if you agree with us! That’s twice in this write-up that I’ve told you to get off your ass, I apologize… 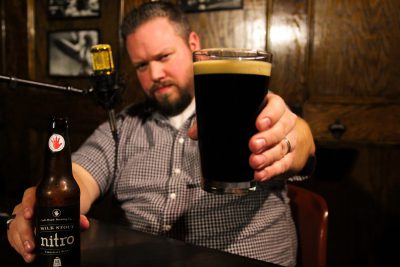 Like what you see? Of course you do. Like I mentioned earlier, we have a lot of fun with these movies despite their sudden depressing modern relevance. Hell, we even break into a drunken case of the giggles around the two hour mark when discussing the Dalai Lama. That has to be a first in podcast history. Per the usual, that’s about all I’m going to say about tonight’s film dissection here. Now get off your ass and watch/listen to damn the show below! It’ll be worth it, I swear… 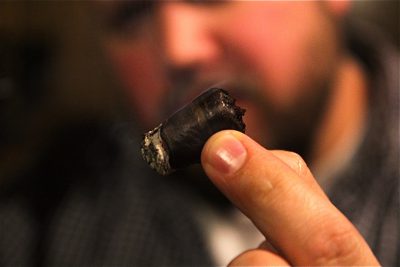 A good time was had by all. Double features can be challenging to do on the show for numerous reasons but in this case it was easy as pie. I hope you have as much fun watching/listening as we did recording it here in The Corner Of No Hope. 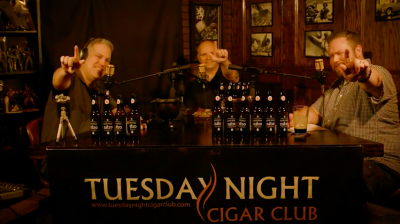 TNCC Short – Up next, Audio