Damn the torpedoes, pass the Steel Reserve, and thank God the running time is only 75 minutes! 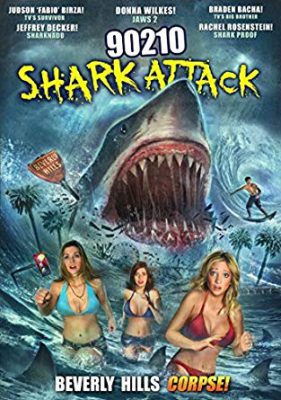 My God, what have I agreed to do now?

For many of The Doctor’s generation, the numbers 90120 contain a special meaning. It was a part of my life for so many years and through so many adventures. What drinking man worth his weight in tequila salt would not want to guzzle beers in a Tijuana flophouse with the fictional Dylan McKay? Are we not still in love with Valerie Malone? I am, and I probably always will be. However, anyone can put a zip code into a movie title, and I was clearly aware that 90210 Shark Attack was a blatant attempt to brainwash certain members of the late-stage, Generation X zeitgeist with a quintet of numbers and some selective marketing (selective in that there was no marketing that I know of). 90120 Shark Attack obviously has no relation to Beverly Hills 90210 nor the Nu Image series of highly enjoyable Shark Attack movies, although we will be hearing more on those shortly from the Tuesday Night Cigar Club. However, in the interest of science, I went ahead and took the plunge anyway. Damn the torpedoes, pass the Steel Reserve, and thank God the running time is only 75 minutes. 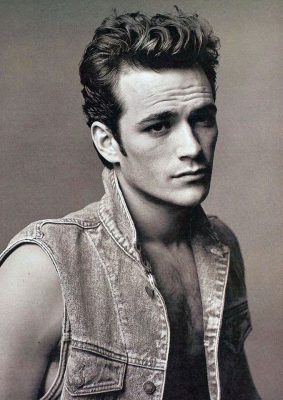 Sadly, Luke Perry was not involved in “90210 Shark Attack”. That is almost surely a favorable outcome for him, but not for me, dammit…

The opening montage establishes that we are indeed in Beverly Hills with its famous boulevards, statuesque palm trees, cloudless blue skies, and foaming surf breaking against the pristine beaches. Perhaps the ominous portent of a great white shark lurking beneath will entice us further? All of this looks very good, but it goes on about twice as long as needed. The camera finally comes to rest on the grounds of an old-money, Beverly Hills mansion with a swimming pool, tennis courts, and the requisite winding corridors and hallways. The entire film will take place at this location. Soon the various douchebags – er, I mean, the young, attractive performers – arrive on the scene. The manse will inexplicably serve as the base camp or jumping-off point for a field trip involving six students of Oceanic Anthropology. I assume that they are supposed to be privileged college students, although no one present is under the age of twenty-five.

The Doctor’s first – and incorrect – hypothesis is that young Jess (Rachel Rosenstein) will be our heroine. My hypothesis was formulated when one of the guys on the field trip calls Jess a “nerdling” even though she is quite attractive. She wears somewhat baggy shorts, however, so that makes her a nerd. In actuality Jess is a pervert and a stalker who watches from a window as the moron of her affections, Tyler, swims in the small outdoor pool in a scene that goes on interminably. Jess appears only slightly more mentally sound than Angela in the original Sleepaway Camp film. It’s both amusing and disturbing at the same time. 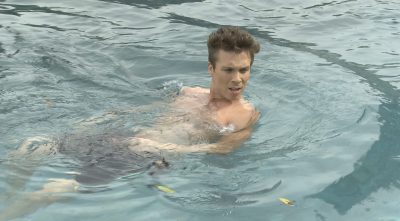 I mean, honestly, how could she possibly not be captivated by this specimen?

Donna Wilkes plays the teacher and chaperone Ms. Vanson. Wilkes is memorable to shark movie aficionados for her decades-earlier portrayal of the out-of-town cousin Jackie in Jaws 2, a character who was referred to by one of the churlish males as having “tits like a sparrow”. Judging by her IMDB resume, Wilkes had retired from acting until director David DeCoteau cast her in My Stepbrother is a Vampire!?! in 2013 and then 90210 Shark Attack a year later (prior to those twin gems her most recent credit was in 1991). Jaws 2 was released back in 1978 but, other than a gravelly voice that sounds like it might perhaps be smoke-burnished, Wilkes appears to have aged decently. Christ, no one survives the aging process, not even The Doctor. Check out these before and after pics: 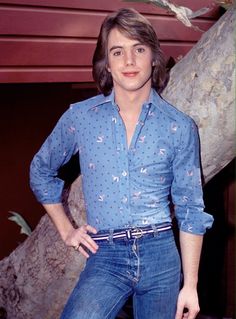 The Doctor at his high school graduation after-party 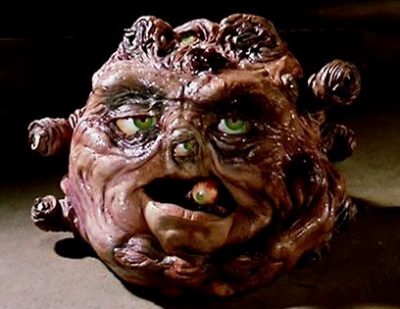 And the Doctor at age 37

If our peeping tom Jess isn’t going to be the main character, then perhaps it will be the wispy head case Alyssa whose father apparently disappeared under mysterious circumstances while studying a tribe of shark worshipping natives in the South Pacific… or some shit like that. Either due to poor sound quality or The Doctor’s waning focus (I’ll go with the former) it seemed like that plot point was glossed over rather quickly, but it certainly provides foreshadowing of contents within…

In my nuanced notes that were transcribed during my viewing of 90210 Shark Attack there is an entry that we have now reached the twenty-seventh minute of a seventy-five minute film with nothing of importance transpiring, and the only shark sighting is the one included in the brief footage of the opening montage. What happens around this point is that we are treated to another montage of Beverly Hills informing us that dusk has descended. I love a good montage, and they serve their purpose, but c’mon. Any freshman film student with a modicum of talent can go shoot palm trees and street signs. Is something momentous finally going to occur? Yes, in fact it does when Tyler, the same dude observed by Jess while swimming, now takes a long, exploitative shower! 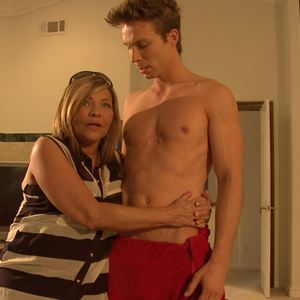 I mean, seriously, who could possibly resist?

I expected to see Jess spying on him from the bathroom hamper while masturbating, but alas, nope. This was just a series of shots of some dude showering and massaging his abs while steamy water cascades over his torso… and then the reveal is that Ms. Vanson is now spying on him from afar! And this also goes on for several minutes, cutting back and forth between Tyler showering and Ms. Vanson watching with lascivious appreciation from just inside the bedroom door. I really don’t know what is going on from a filmmaking standpoint. It’s almost an approximation of a weirdo voyeur soft-core scene only without the sex, which is as senseless as it sounds. It turns out that Ms. Vanson has been letting her hot young male student give her regular bonings. She is also a fraud who is trying to write a book about whatever really happened to Alyssa’s father on his South Seas expedition. Thank goodness, the story is finally taking shape. 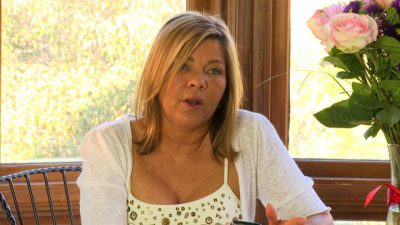 Donna Wilkes of “Jaws 2” fame in her role as the duplicitous Ms. Vanson

90210 Shark Attack is obviously a low-budget film. There exists more than one long shot of an actor or actress walking down a staircase and then across a long expanse of yard before turning around and heading back. That’s one way to beat budgetary constraints. Another way is to hire performers on a basis not commensurate with talent. Granted, there isn’t much in the way of opportunity for an actor or actress to distinguish themselves in this turkey, so we’ll just have to be optimistic that one of these thespians shows up someplace else. Ah, the hell with that, everyone in 90210 Shark Attack sucks.

The Doctor’s normal modus operandi is to abstain from divulging any spoilers, but I am afraid every rule was made to be broken at least once, so here goes: While asshole jock Bryce (Braden Bacha) is flirting with Alyssa, she turns into a cartoon shark and bites his head off! I shit you not, they are dangling their knees in the swimming pool one second and the next second she transmogrifies into some sort of pixilated monstrosity and bites his head clean off. She then tricks another horny dolt into the bedroom and performs the same act. Do they deserve it? Yes, they do. Do we, the audience? Well, if you paid to rent this like The Doctor did, then yes, we do as well. 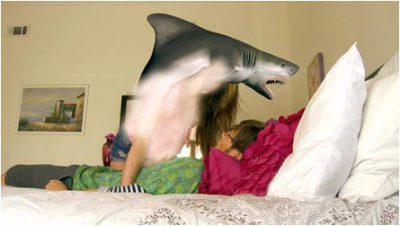 This happens. I didn’t know whether to laugh or cry. As I was heavily into strong drink by then, I did both.

The shark’s tooth necklace that Alyssa has been wearing now makes sense, and she’s “feeling kind of full”. I think we now know how her dad vanished. In deference to what 90210 still means to some of us, I am going to cut things short. Will Alyssa’s cartoon shark kill everyone before it’s too late? And what exactly does “too late” mean when you are watching 90210 Shark Attack? This is a twenty-first century movie that would have made Ed Wood proud. In other words, it’s a complete bastardization of the filmmaking process. And yet I watched it to the denouement. Save yourself the trouble and rather stay tuned for more entries of the Tuesday Night Cigar Club’s Shark Month! Until then, my friends, The Doctor wishes you all a clean bill of health.