The Arcania Firewalker is a perfect example of how a singular flavor in the cigar’s profile can absolutely elevate things above the dreaded boring territory...

When the TNCC reviewed the Mortal Coil last year, CAO’s first entry in their Arcana series, we all enjoyed the cigar quite a bit. In fact, over the years CAO has produced quite a few cigars that have impressed me enough (the America and the original release Vision specifically) to keep them regularly stocked in my personal humidor. So what’s the scoop on their latest experimental release? From CAO we learn this interesting bit of backstory on the Firewalker:

“The second volume of the Arcana series, CAO Firewalker features a rare chincagre tobacco – the result of a traditional Nicaraguan technique that buries the leaf beneath the hot, volcanic soils to ferment.We take this tobacco – our Nicaraguan Masatape filler – bind it with Ecuadorian Habano and finish it with an exquisite Honduran Corojo wrapper. The result is a complex, flavorful blend with distinct spice and mild sweetness, making CAO Firewalker a completely unique smoking experience.” 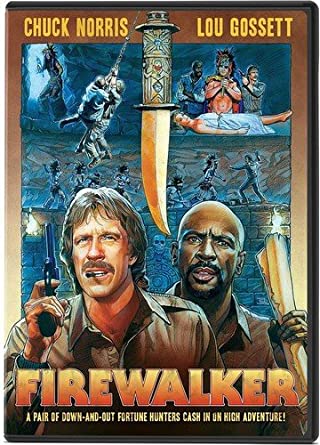 Ok, so now the cigar’s name makes sense. I was hoping there was a tie-in to the high underrated Chuck Norris/ Lou Gossett Jr. action movie of the same title but that was clearly wishful and highly unrealistic thinking…

THE CIGAR – ARCANA FIREWALKER by CAO 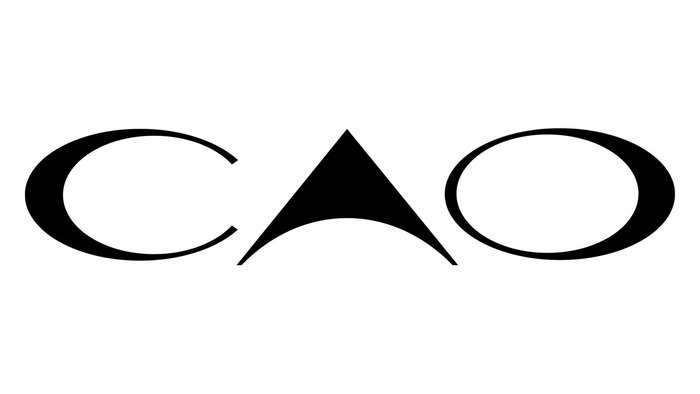 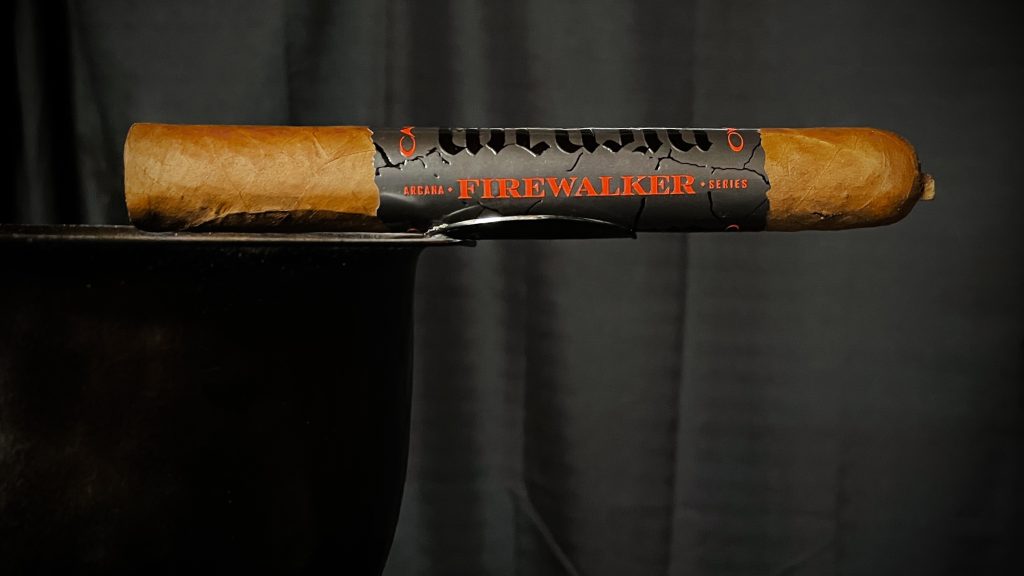 Upon removing the Firewalker’s cello sleeve, there’s an earthiness combined with a Hershey chocolate bar aroma emitting off the slightly oily, medium brown wrapper. After a failed attempt at pulling off the twisted cap, I use a guillotine cutter and the result is a wide open cold draw revealing notes of walnuts and faint coffee.

First impressions are of a sharp black pepper spice through the nose and with mineral and a bold woodsy flavor pouring in off the draw. And I do mean pouring 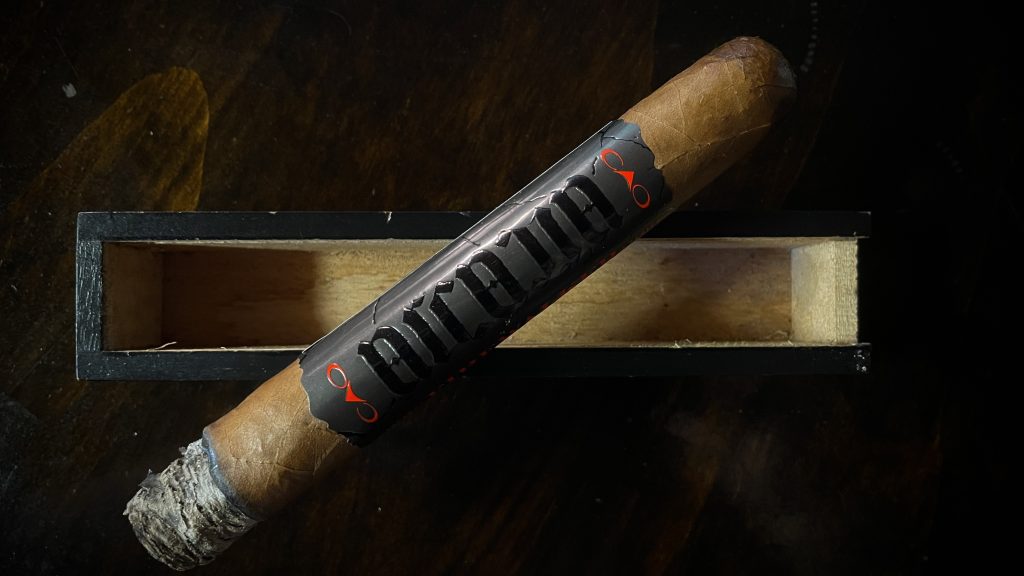 Around the 1” mark, a graham cracker note joins the woodsiness just as the mineral begins to fluctuate in and out of the profile. The spice has now downshifted slightly to medium/full territory. Construction so far has been acceptable in all facets, I had feared the open draw may be an issue but so far that hasn’t been the case. 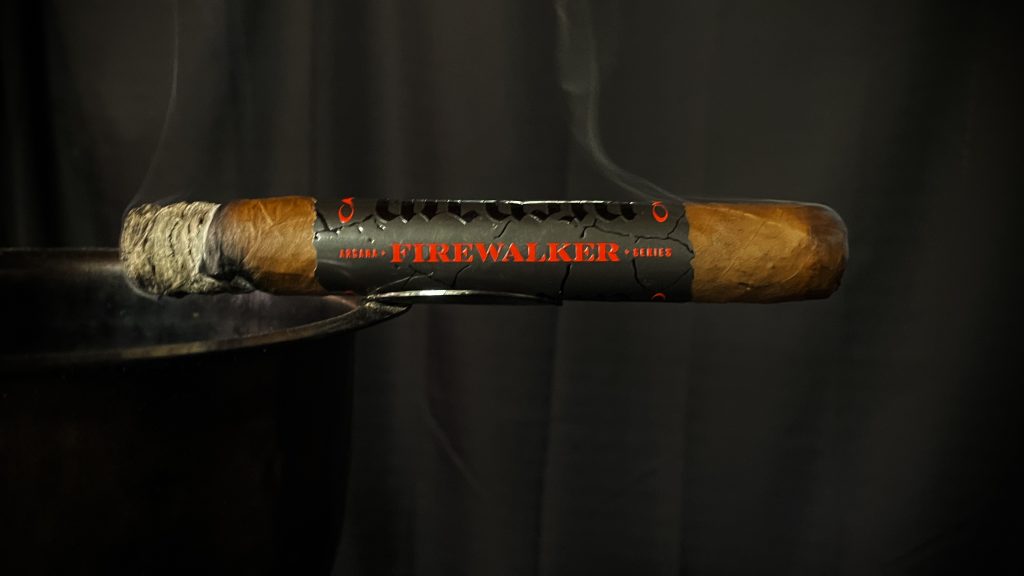 To state that the Firewalker’s smoke production continues to be copious would be an understatement. The wrapper begins to burn unevenly at the start of the second third and I nip that shit in the bud real quick with a touchup that seems to do the trick. 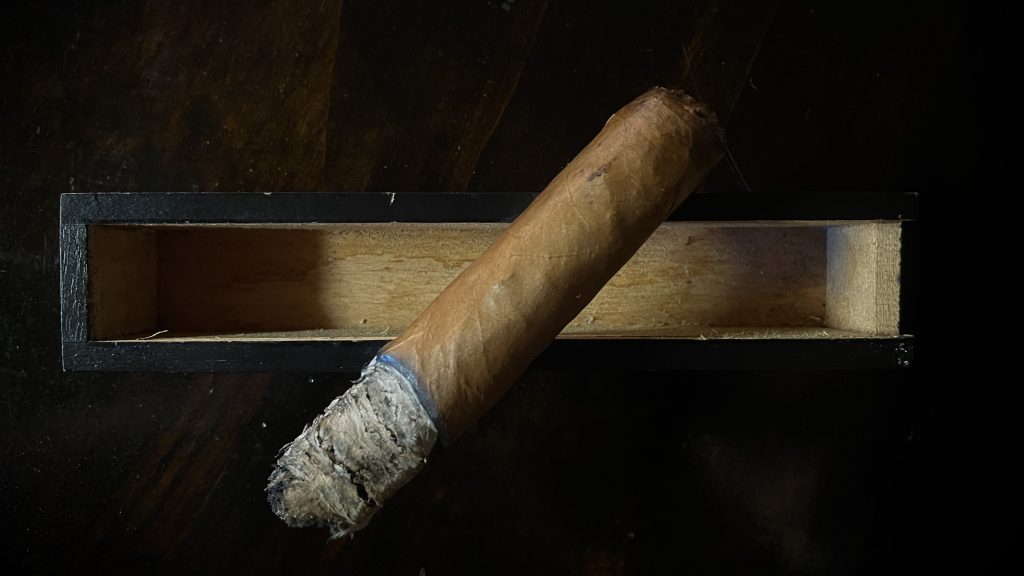 A vanilla cake icing flavor joins the party via the draw and on the very backend of the retrohale as well. When the mineral presents itself occasionally it makes a fine dancing partner for the vanilla. The pepper strength is now medium which has allowed the other flavors present to shine a bit more pronounced than they did in the first third. The graham cracker has exited the building by the halfway point leaving the draw’s core woodsy notes of mostly bold cedar and lesser oak to remain by their lonesome. The draw remains a bit more open than I prefer but I imagine that others would probably be fine with it.

I keep thinking that a high ABV citrus-forward double IPA would pair magnificently with the Firewalker but it’s 10am so I guess, for once, I’ll play by society’s rules and stick with water. Stupid society. I have to retouch the burn line at the start of the final third as it begins to grow unevenly once again. 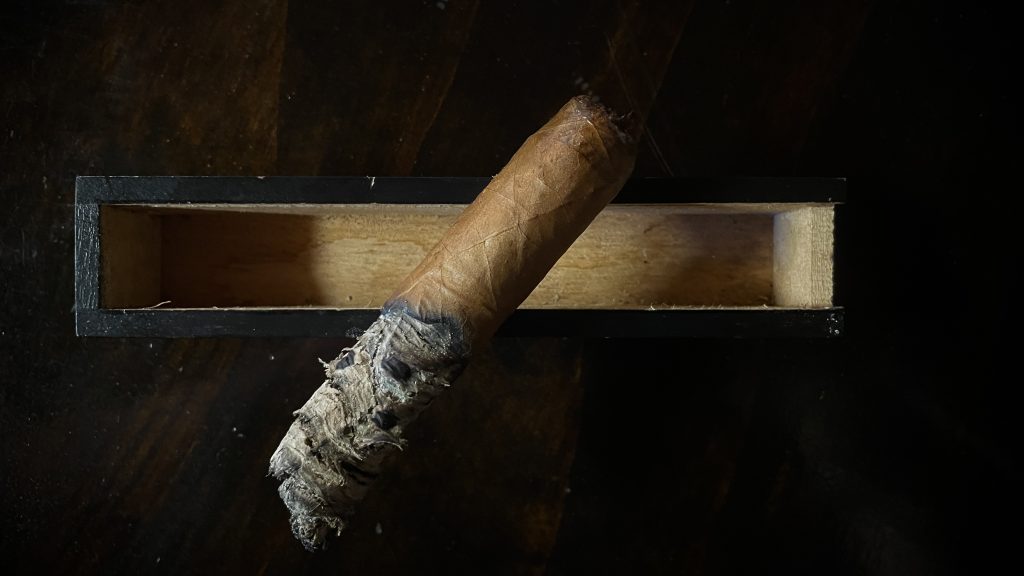 Mineral and cedar continue to dominate the smoking experience with the vanilla note providing a now essential deviation from the otherwise now straight forward profile. The pepper spice has waved sayonara and is no longer a factor. The cigar begins to burn hot and feel a bit spongy with about an inch and a half to go so I call it a day… 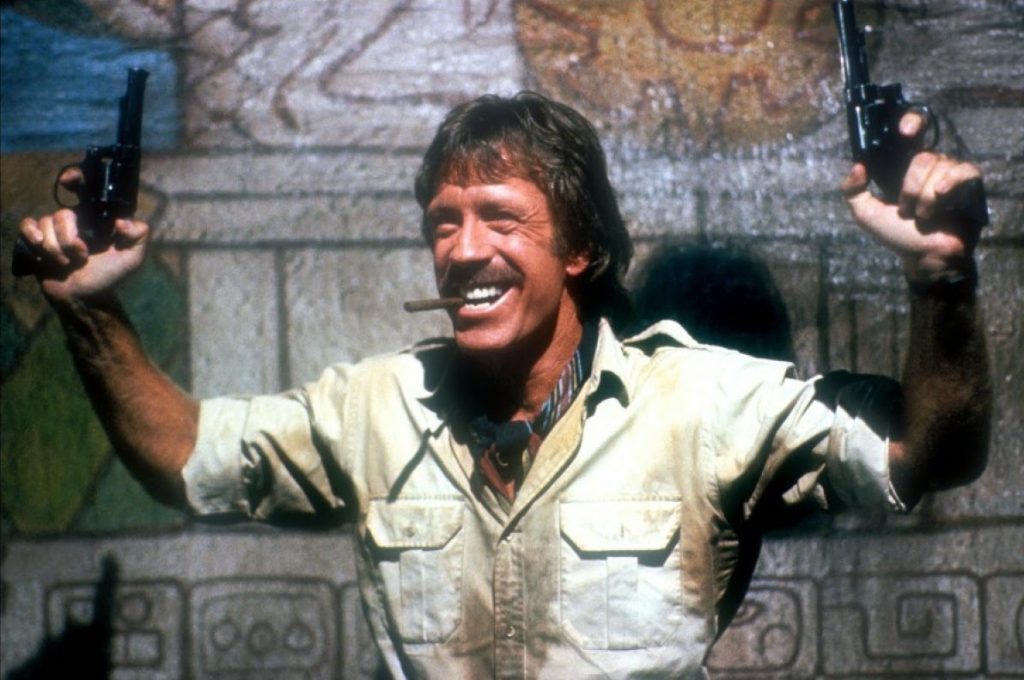 Hey, even Chuck puts his hands up and surrenders every once in a while! … please don’t tell him I said that… 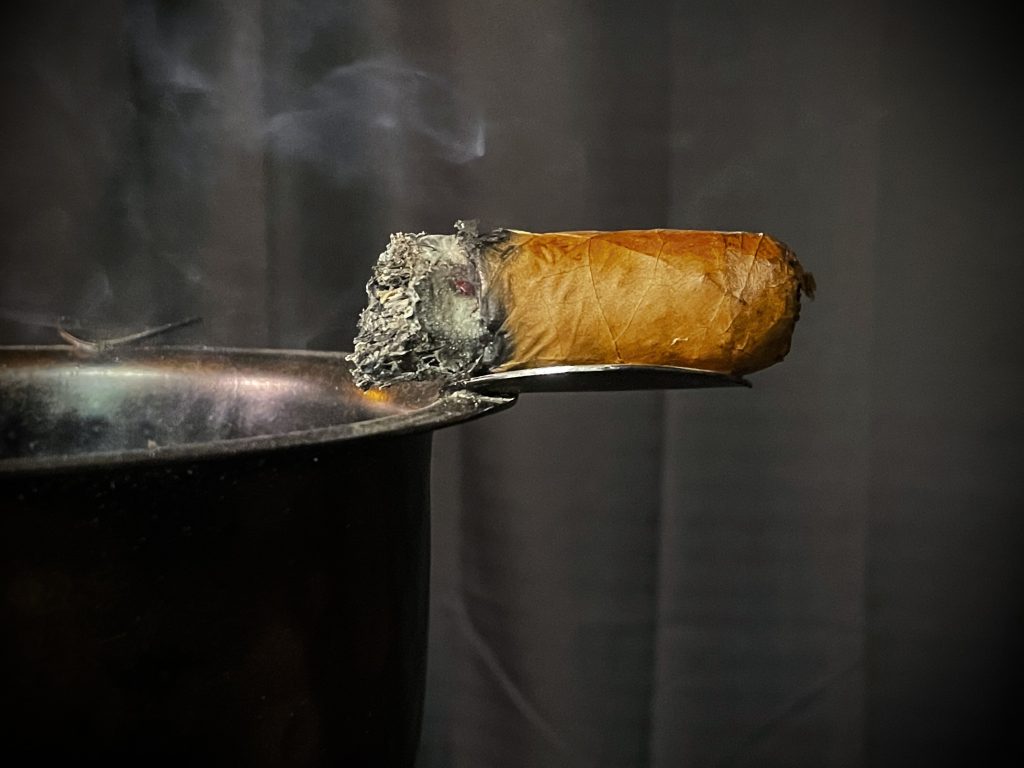 The Arcania Firewalker is a perfect example of how a singular flavor in the cigar’s profile (in this case vanilla icing) can absolutely elevate things above the dreaded boring territory. Without that vanilla note, I’d walk away from smoking the Firewalker satisfied enough but it would probably be forgotten rather quickly.

Smoke production and the cigar’s pleasant aroma are also true standouts here. This cigar smells so damn good for the duration of 85 minutes and, when the flavor profile is working in its favor, the Firewalker is a cigar that I will absolutely consider revisiting down the road…