What started out as a fairly straight forward cigar evolved over the course of 60 minutes in to a smooth smoking experience with welcome transitions that resulted in a fantastic final third...

Who doesn’t like a good deal? A while back I was flipping through a cigar catalog while waiting on teenager to deliver groceries to my car and I discovered that you could get a new Drew Estate cigar with a Connecticut River Valley wrapper for well under $7. Needless to say my curiosity was piqued. I’ve loooong been a fan of DE’s budget friendly Nice Rustica line which features an oily Connecticut broadleaf wrapper and tons of flavor so I wasted no time in snatching my phone back from the 5-year-old in the backseat, shutting down Netflix’s “Barbie: Life In The Dream House”, and ordering up some NightShade. That was in March 2021 and now, over a year later, I’m just getting around to smoking it. What? I’ve been busy! Idle hands are indeed the devil’s playground… just ask Ken… 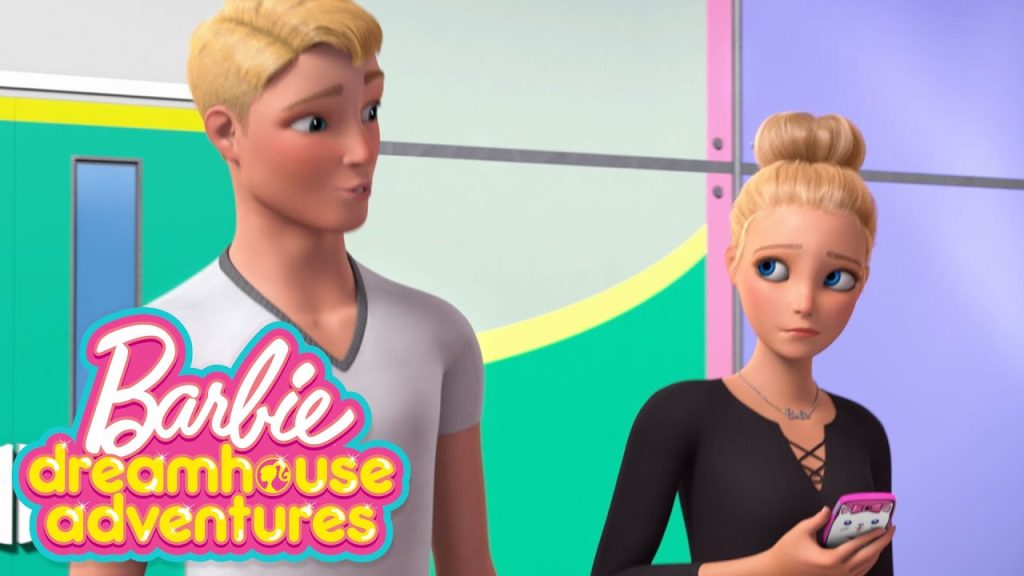 Let’s light some shit on fire!!!

THE CIGAR – NIGHTSHADE by DREW ESTATE 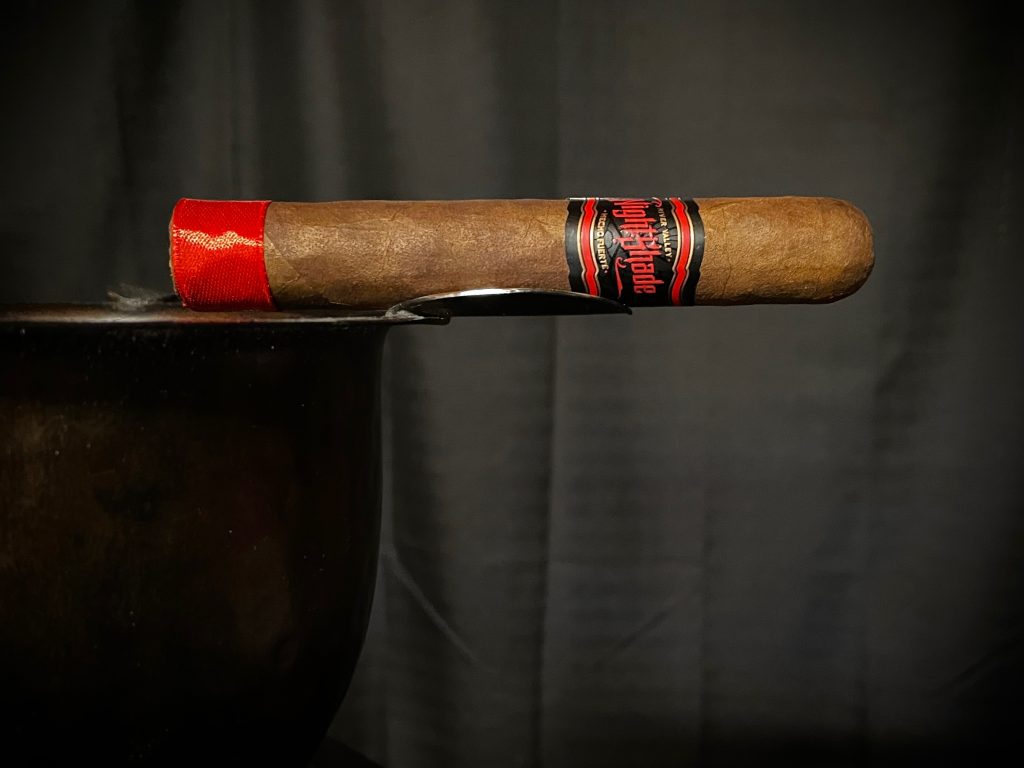 After sliding the NightShade from its cello, there’s an earthy aroma with a touch of sweetness detected off the foot. The cold draw delivers more of that earth with some hay present as well. Upon torching the foot, a potent black pepper spice immediately floods my nostrils and it is accompanied by a bold oak and a hint of mineral via the draw. 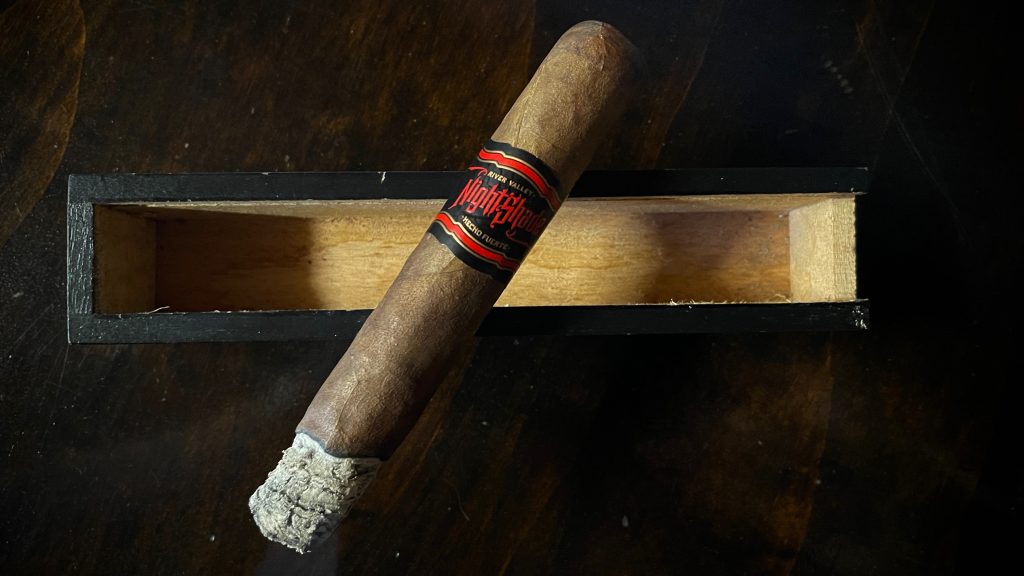 Around the 1” mark, a dry coffee flavor arises on the backend of the oak. Construction in the early goings is impressive with a very smooth draw and a strong, solid ash. The burn line has occasionally grown a bit uneven but it’s nothing of great concern at this point as it’s easily corrected. 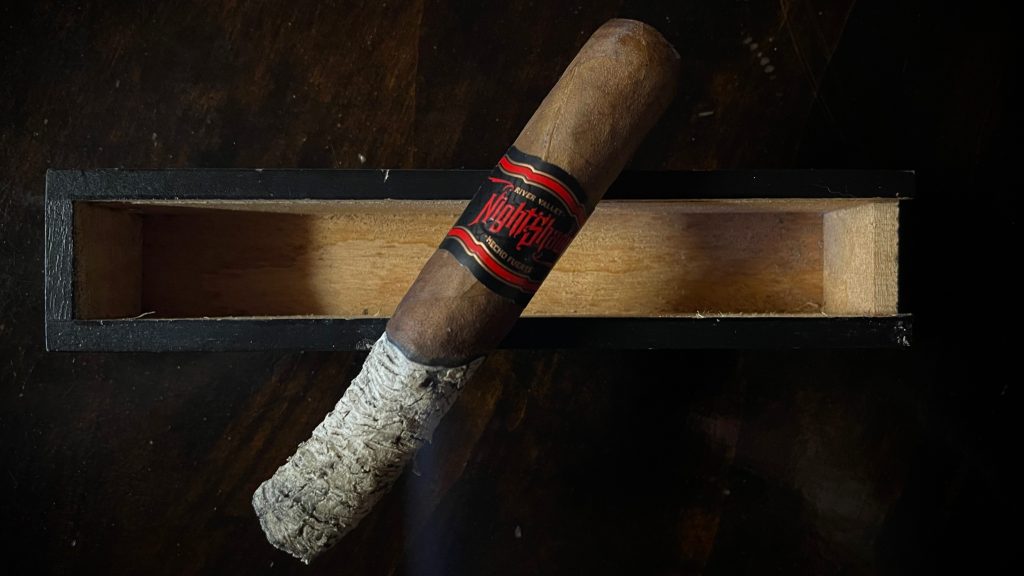 The pepper spice has downshifted to medium strength levels now and the mineral component has transitioned to the NightShade’s retrohale as well. The roasted coffee note is now standing toe-to-toe with the oak flavor on the draw. No more burn line issues present themselves, it’s all smooth sailing here in the second third. 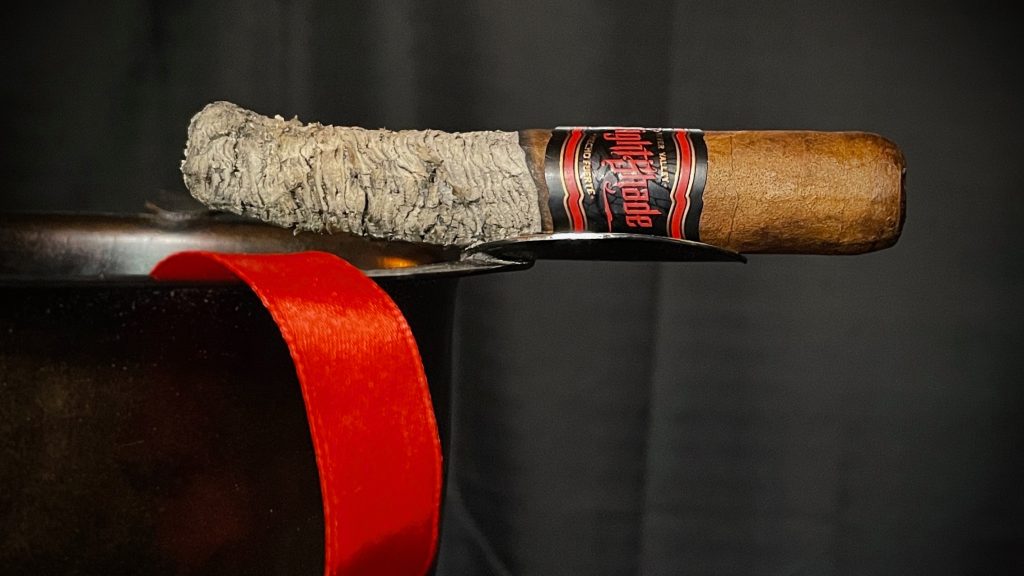 Speaking of smooth, the NightShade’s final act is by far the smoothest of the entire smoking experience. The spice and mineral through the nose are working harmoniously together and the now dominant coffee note off the draw has been joined by a subtle floral element and some creaminess. The impressive ash finally drops, I was honestly starting to wonder if it ever would… 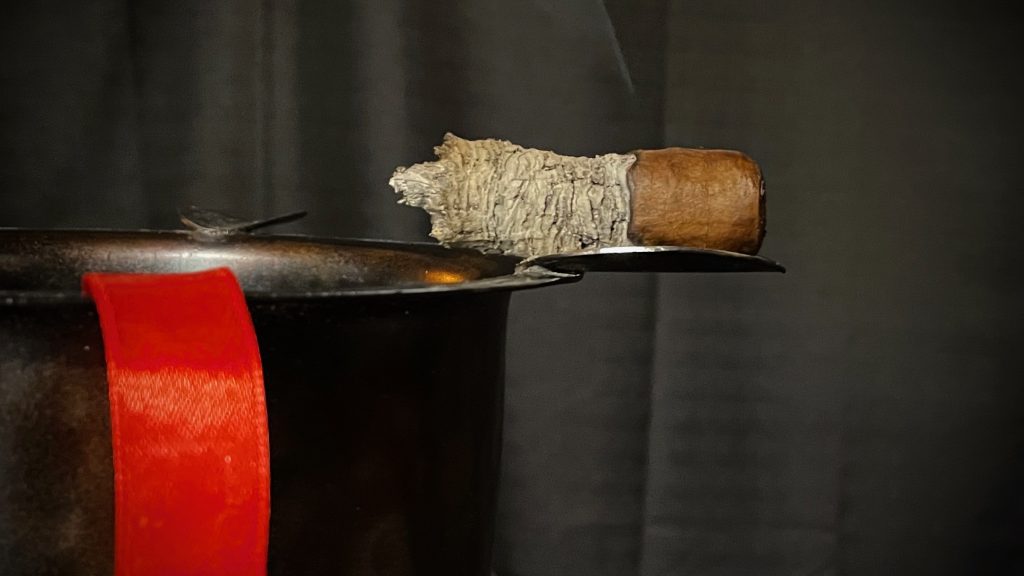 The NightShade surprised me. What started out as a fairly straight forward cigar evolved over the course of 60 minutes in to a smooth smoking experience with welcome transitions that resulted in a fantastic final third. I’m always on the hunt for reasonably priced smokes that perform beyond their price point and the NightShade is easily one of the better of these offerings that I’ve sampled in quite some time. Seek one of these suckers out for yourself and let us know what you think!