The Cofradia Oscuro featured an impressive array of notes that developed steadily on the retrohale and the draw’s core earthy flavor combined with coffee and leather wasn’t too shabby either...

So… I can only remember purchasing one previous Lost & Found release. And that box of cigars was acquired strictly because of the art work on both the cigar’s band and the box… 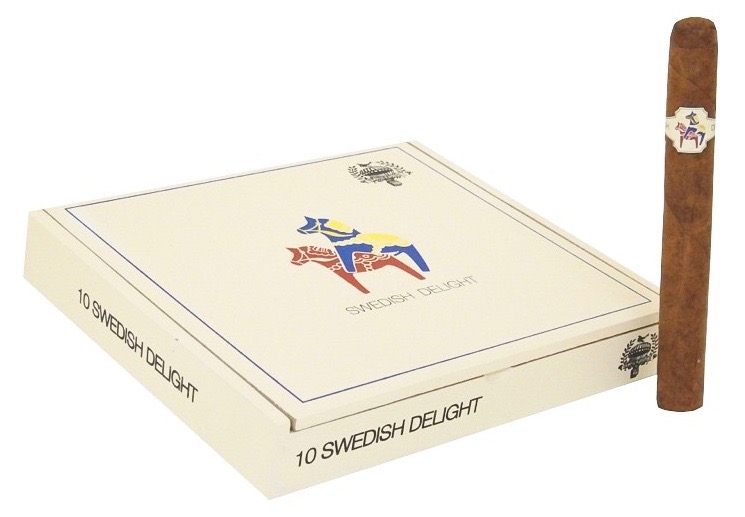 For many years a family of donkeys lived along my property line and I took enormous pleasure in drinking my morning ten cups of coffee while watching those lovable jackasses poke their noses over my fence. I’d even talk to them frequently as I don’t have many friends and they never came back at me with any smarmy attitude like my usual cohorts. The Swedish Delight’s band was humorous but the cigar itself was quite enjoyable and whenever I find myself missing my four-legged neighbors, I’ll pull a Swedish Delight from the humidor and light one up in their honor. So when I received the latest release from Lost & Found in my mailbox, sadly without any depiction of farm animals screwing on the packaging, I was still eager to give this new blend a shot… 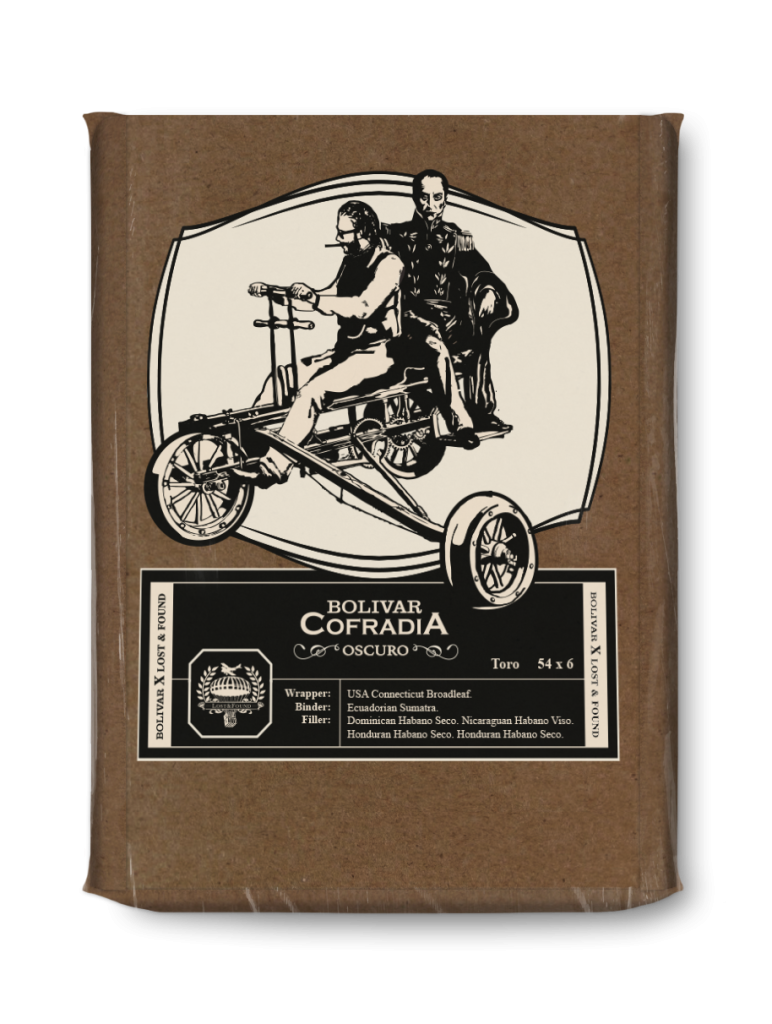 Scandinavian Tobacco Group’s Justin Andrews and Robert Caldwell have collaborated to create Bolivar Cofradia Lost & Found, a limited edition collection created in Caldwell’s tradition of bringing “forgotten tobacco” from Central America’s best cigar factories to cigar lovers in the US. In 2021, Caldwell and Andrews traveled to Honduras, where they were given full-fettered access to the vast tobacco library of the legendary HATSA factory in Danlí. They centered on a reserve of burlap-wrapped bales containing 5-8 year old Ecuadoran Sumatra and Connecticut Broadleaf. These tobaccos would ultimately form the building blocks of Bolivar Cofradia, two limited edition blends (the alternate EMS version reverses the order of the wrapper and binder). 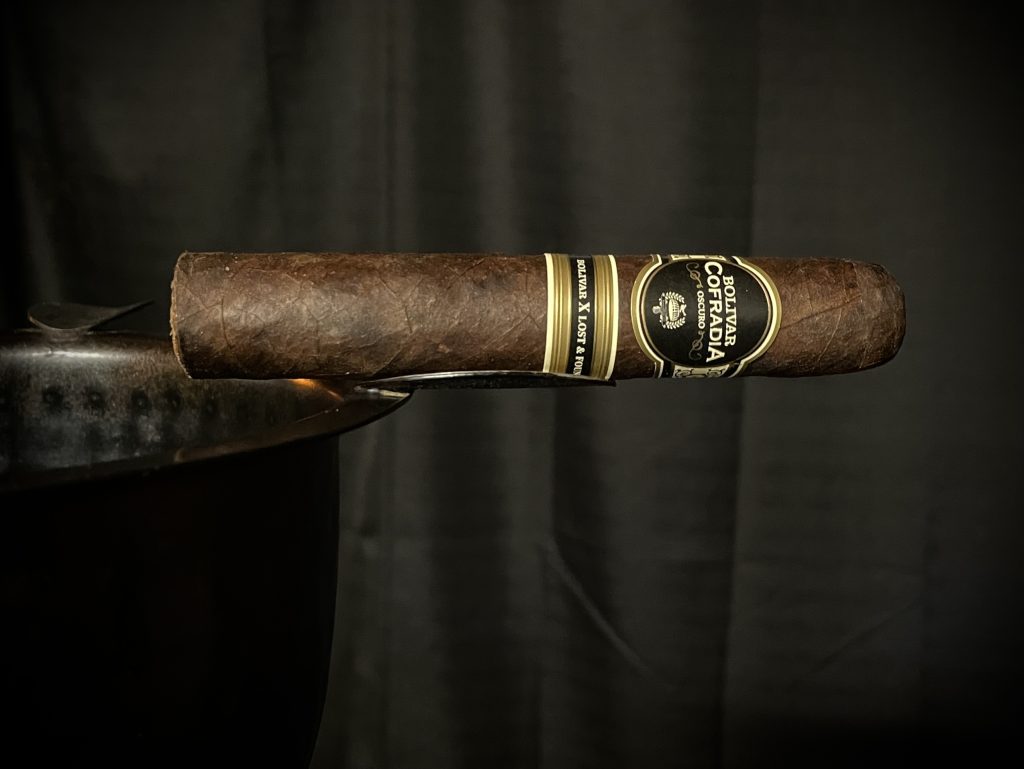 The Cofradia Oscuro features a dark, rustic broadleaf wrapper with some slight oils present and more than a few lumps are detected when running my finger along the cigar. There is a prominent dark chocolate aroma pouring off the wrapper, while sniffing the foot of the cigar directly reveals some lumber and just a slight hint of sweetness. 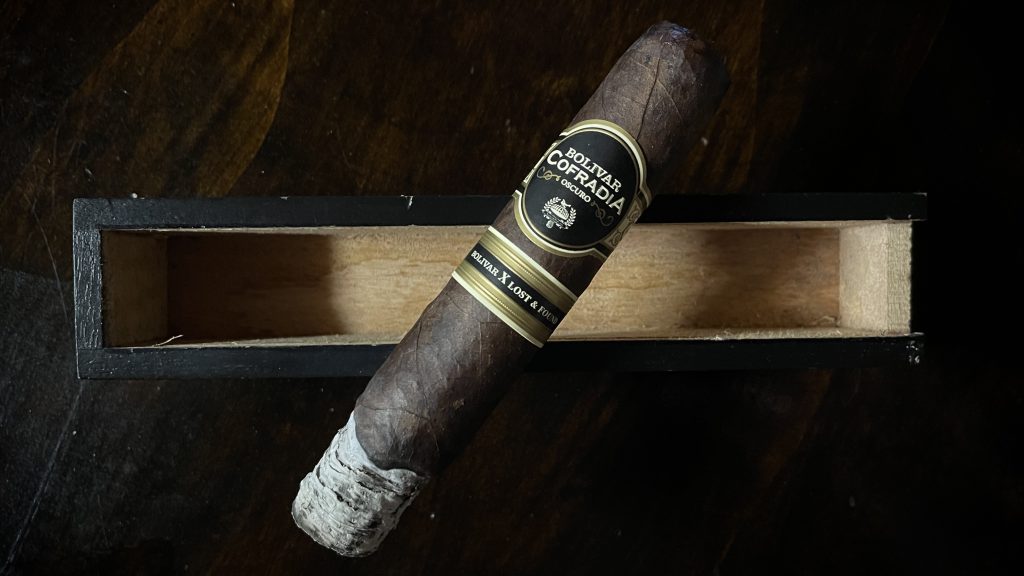 The cold draw reveals very little other than a slightly metallic sensation but even that is negligible. Upon ignition, a rich earthiness accompanied by some leather and a coffee note present themselves immediately on the draw. The musty retrohale features a nonaggressive white pepper backed by some freshly cut lumber and holiday baking spices. 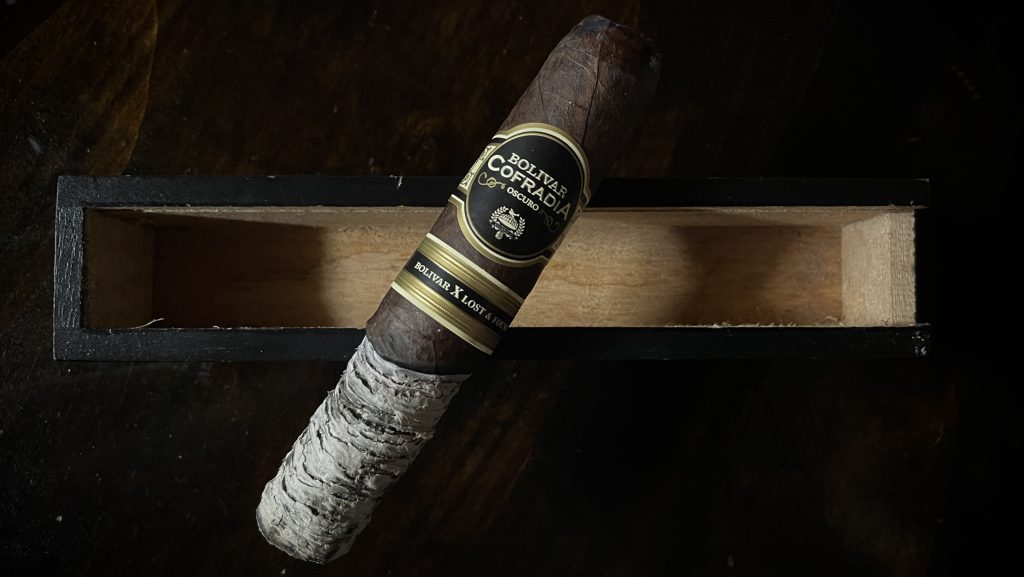 Construction has been great moving in to the second third, with a smooth draw and the Cofradia Oscuro is holding a beautiful white ash like a champ. A toasted sourdough bread note now joins the wood, baking spices, and declining white pepper on the retrohale. So, yeah, this cigar has more going on in the nose than Tony Montana. The draw remains earth dominant; however, the leather and coffee flavors are still to be found if you dig for them. Around the fifty yard line, some mineral arises via the retrohale adding yet another layer of complexity to the smoking experience. 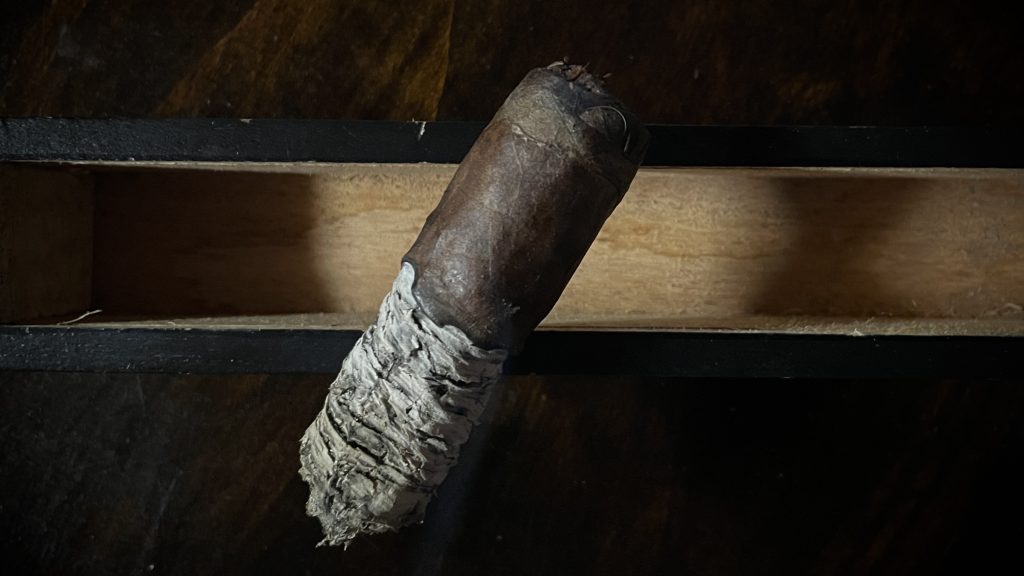 Where as John McClane benefitted from making fists with his toes, I’m going to strongly suggest blowing some smoke through your nose when smoking the Cofradia Oscuro because almost all of the action to be found is in the retrohale. Especially once the long subdued pepper makes a resurgence here in the final third pushing the cigar’s strength in to medium territory for the first time. I was really hoping that some of the dark chocolate that was hinted at prelight would develop on the draw as it would gel perfectly with the flavors I’m experiencing on the retro but, sadly, it just wasn’t meant to be. Construction overall remained stellar until the very end. 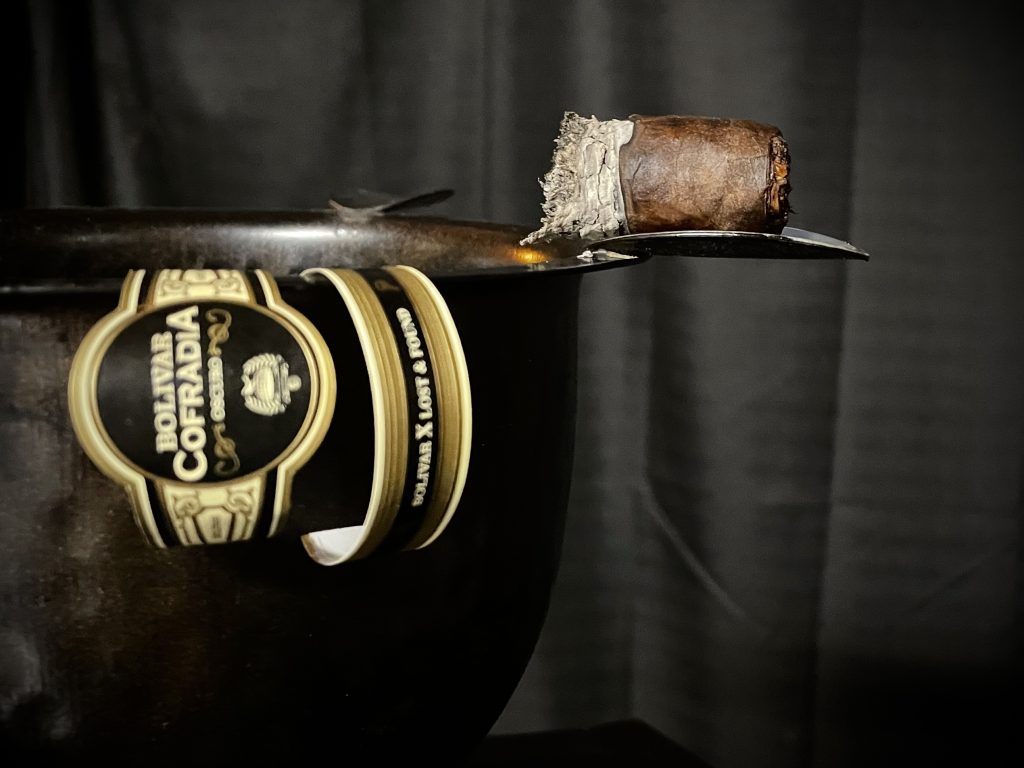 Luckily I didn’t have to make fists with my toes while smoking the Bolivar Cofradia Lost & Found Oscuro as it was an enjoyable cigar from start to finish. The Cofradia Oscuro featured an impressive array of notes that developed steadily on the retrohale and the draw’s core earthy flavor combined with coffee and leather wasn’t too shabby either. I’m curious now to smoke the EMS version to see how this blend behaves differently with the Sumatran wrapper getting a shot in the spotlight, if it’s anything like this cigar than that’s a 58 minute trip I’ll gladly take…