“If they’re not gonna get it, let’s turn up the volume and make them really not get it...” Bill Gould

This evening we celebrated 4/20 the responsible way… by getting nice and drunk. But seriously folks, tonight’s show is a true contender for our best episode ever. You’re in for a treat. First up is our exclusive interview with Bill Gould, legendary musician and founding member of the greatest band to ever take the stage – FAITH NO MORE! 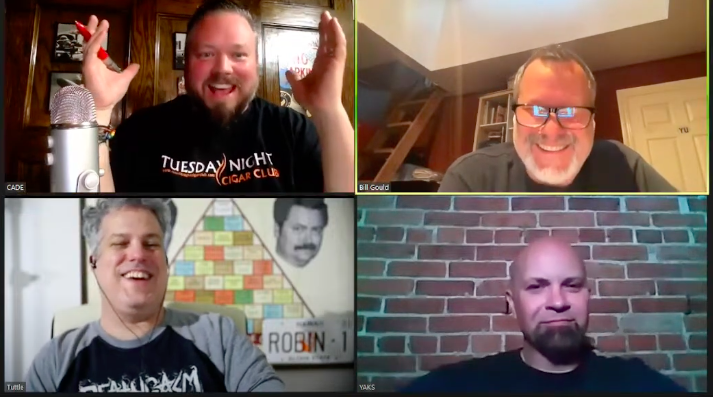 Bill joins us to discuss his amazing rakija plum brandy Yebiga, his career, and the special experience that is learning something new from others and honestly connecting with people. Oh and because this is our big rock ‘n’ roll episode, we also review an Eddie Van Halen themed cigar (plus a second bonus cigar!), and we have a blast taking you through an incredibly fun movie. Some nights it just works.

ROUND ONE (THE SPIRIT) – PRVA by YEBIGA 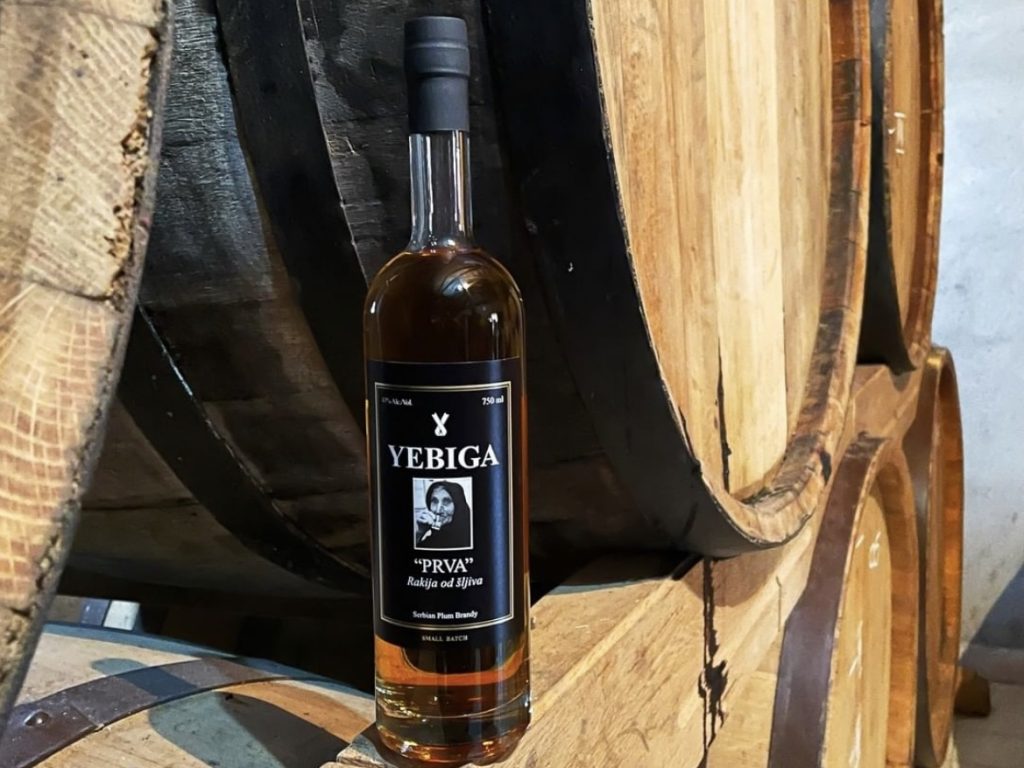 The Yebiga PRVA is almost electric on the front end in an unaggressive scotch fashion and then there’s a mild, velvety vanilla and plum fruit sweetness on the finish. And it’s scary easy to drink, super scary… The muted vanilla and plum flavor are both certainly present but they’re not omnipresent, everything works as a unit together here creating one hell of a smooth finish and, holy shit, what a huge finish this rakija delivers. And as you’ll be able to easily discern upon watching or listening to the show – Yebiga PRVA pairs beautifully with a premium cigar. 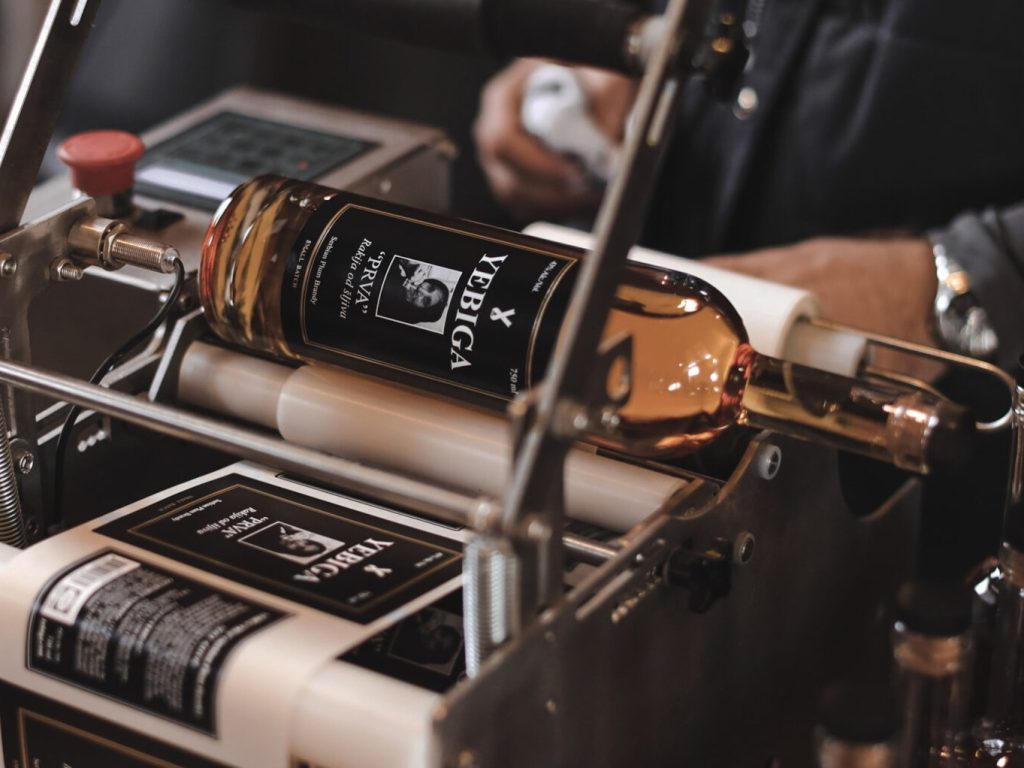 Tonight we learn the fascinating cultural history behind Serbian rakija and our special guest Bill Gould explains in detail all of the processes involved with bringing this unique beverage to the US marketplace. So forget what you think you may know about fruit brandies and jump on down to our interview at the bottom of this page to get a real education on what goes in to making a truly delicious one. Yebiga literally translates to “fuck it” and you should say to yourself as soon as is humanly possible, “Fuck it, I’m jumping online and ordering some Yebiga”. You heard yourself, DO IT NOW!! 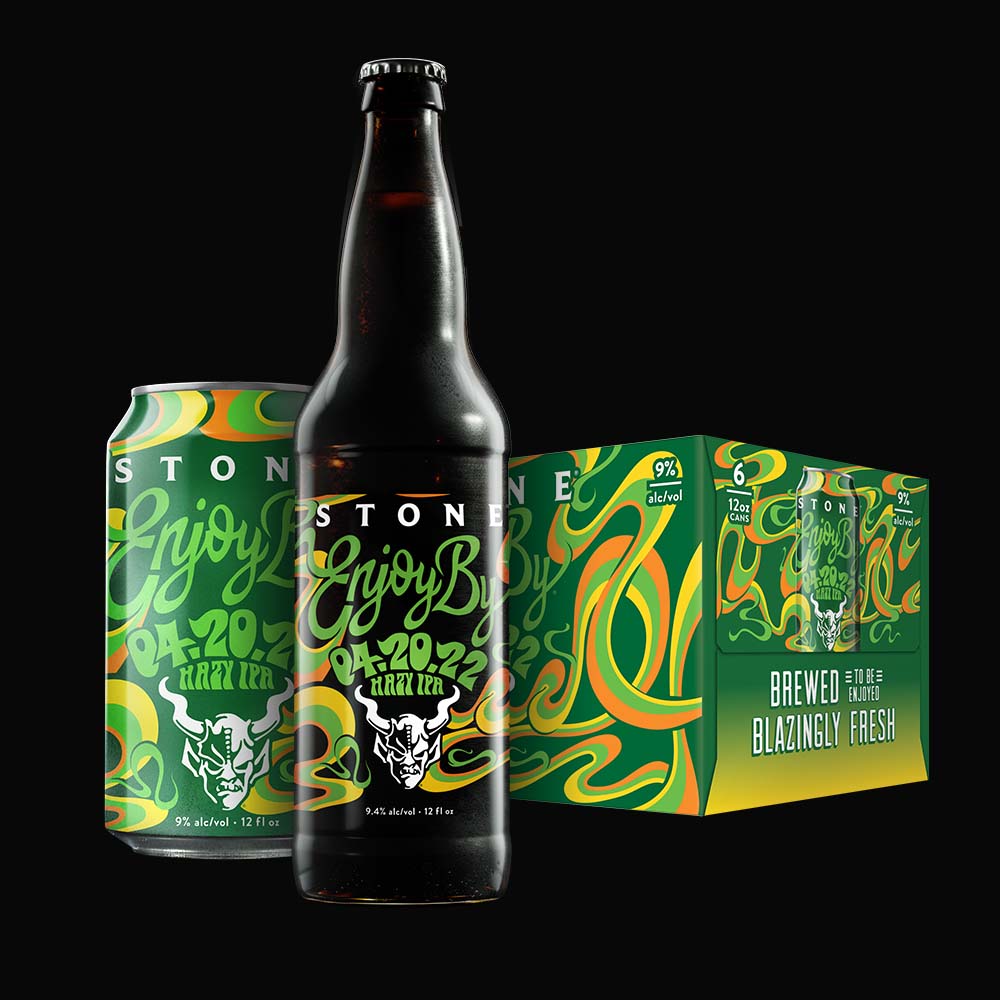 I’ll be straight up honest here, we drank some good beers in the second half of the show but where I would normally chronicle our experience with them now – I’m just not going to do that. Our hearts were clearly still with the Yebiga PRVA and no beer was going to get our best attention following Bill’s opening act. Even a beer that gloriously gave Tut his new forever nickname – Crispy Boy. Sorry beers, we’ll talk about you next time… 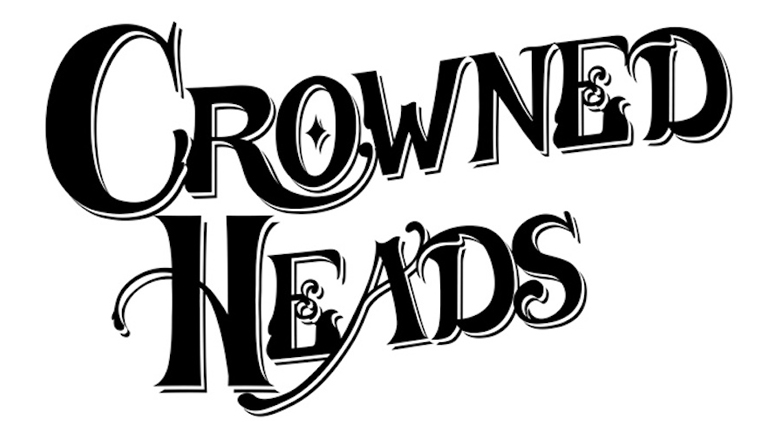 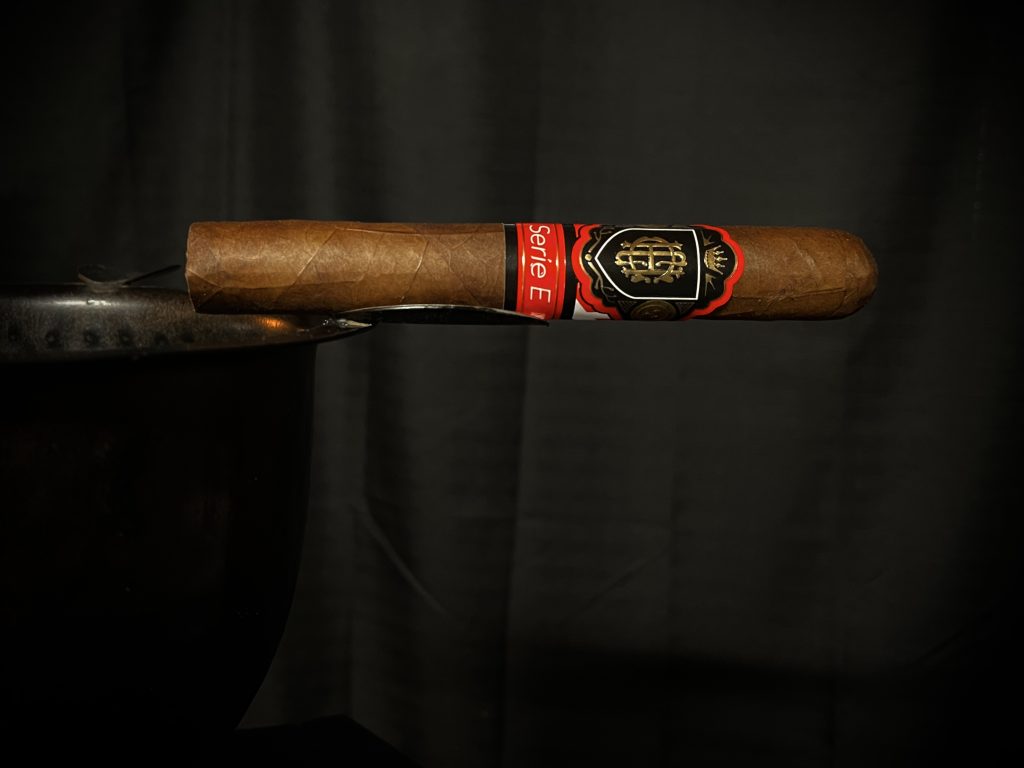 Here’s what Crowned Heads main man Jon Huber had to say about the inspiration for this particular blend:
“I listened to that solo and saw it as a sonic metaphor for smoking this cigar. From the drum and bass intro, which I saw as the cutting-lighting-prep of the cigar, to the mixing of triads and harmonics which I compared to the complexity of the flavor profile, to the bottoming-out dive bombs that was reminiscent of the finish of the cigar, it all paralleled seamlessly. The CHC Serie E smoking experience is a medium-plus-bodied dance on the edge between technical mastery and random entropy, resolving in a balanced, melodious harmony.” 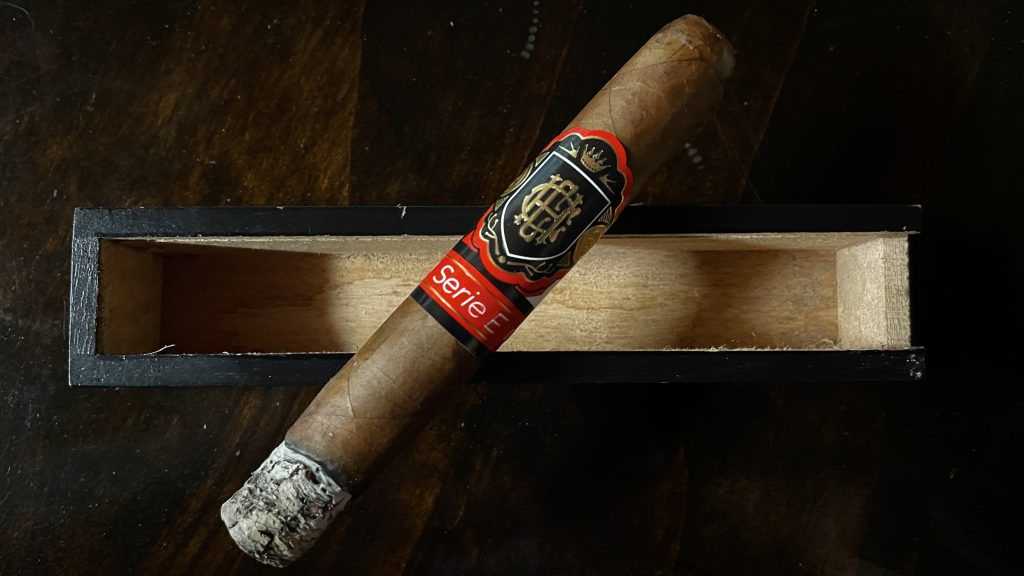 The CHC Serie E 5150 features an earthy aroma and there’s just a touch of detectable sweetness when sniffing the foot of the cigar directly. Earth is also found on the cold draw accompanied by a slight hint of mint leaves. Upon ignition, we all experienced crisp black pepper through the nose and a smooth leather note on the draw with a hint of both earth and mineral on the backend. Tut picked up on some sweetness as the smoking experience continued but Yaks and I only picked up sweetness when a puff of the CHC Serie E was immediately followed by a sip of our plum brandy. Strong spice and leather – that about sums it up. 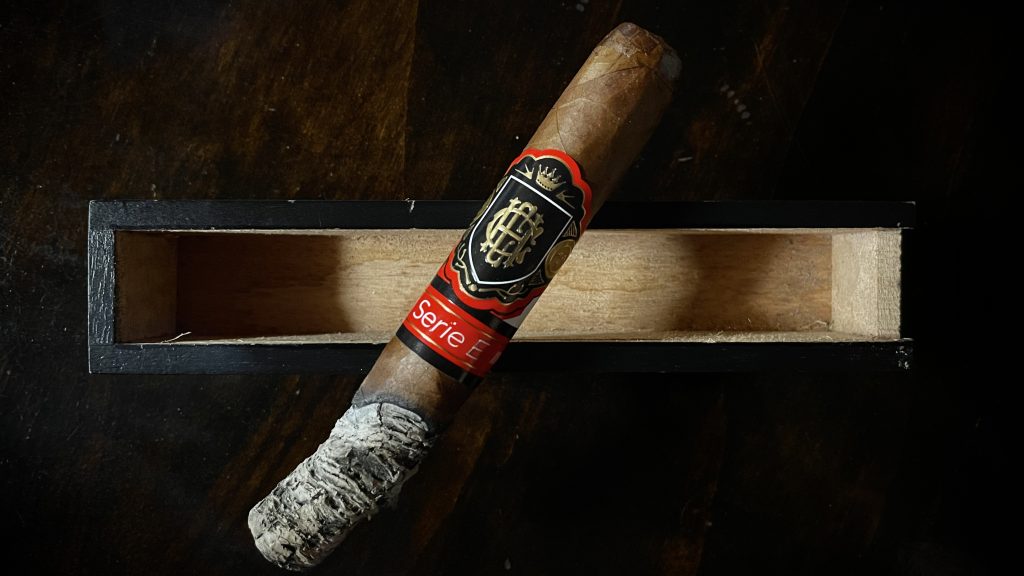 I’m interested in what aging will do, if anything, to the profile of this cigar. As it is now, the CHC Serie A 5150 is a very well constructed, straight forward cigar and, in this case, the leather and spice were enjoyable enough that we all agreed that the cigar had served its purpose for the night. 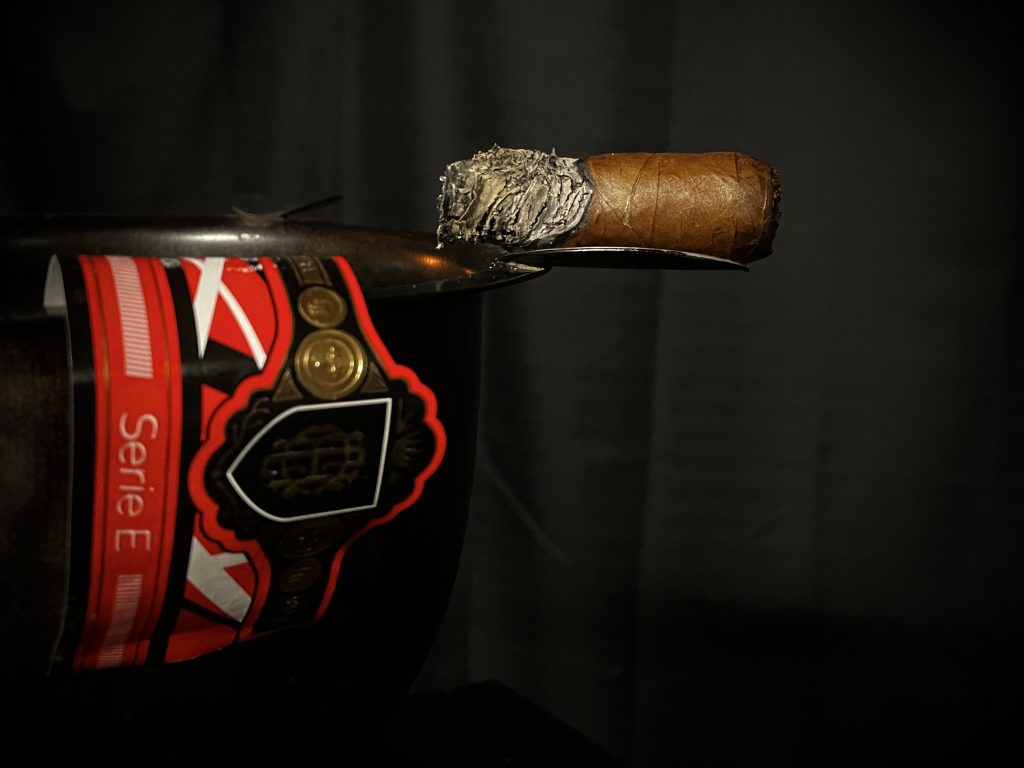 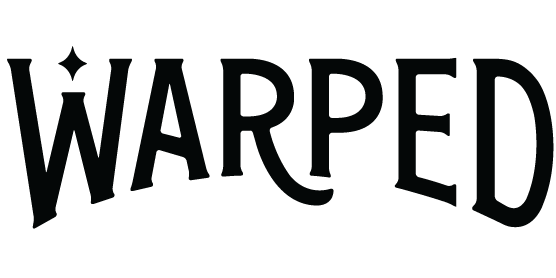 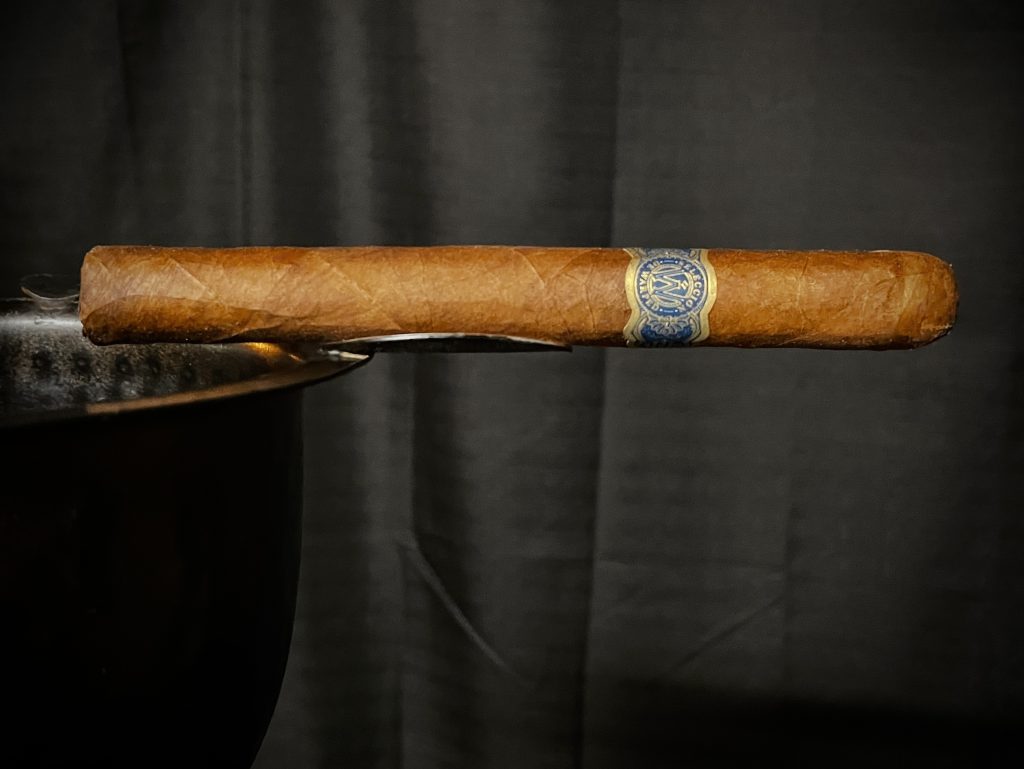 Developed as a collaboration between avid dog lovers Max Fernandez and Kyle Gellis of Warped Cigars, the Guardian of the Farm Apollo Selección de Warped was crafted in honor of the American Bulldogs that Guard the Casa Fernandez factory and fields in Nicaragua, and each vitola is named after one of the canine protectors.
I acquired these suckers way back in January of 2019 so I think they’re probably more than ready to smoke… 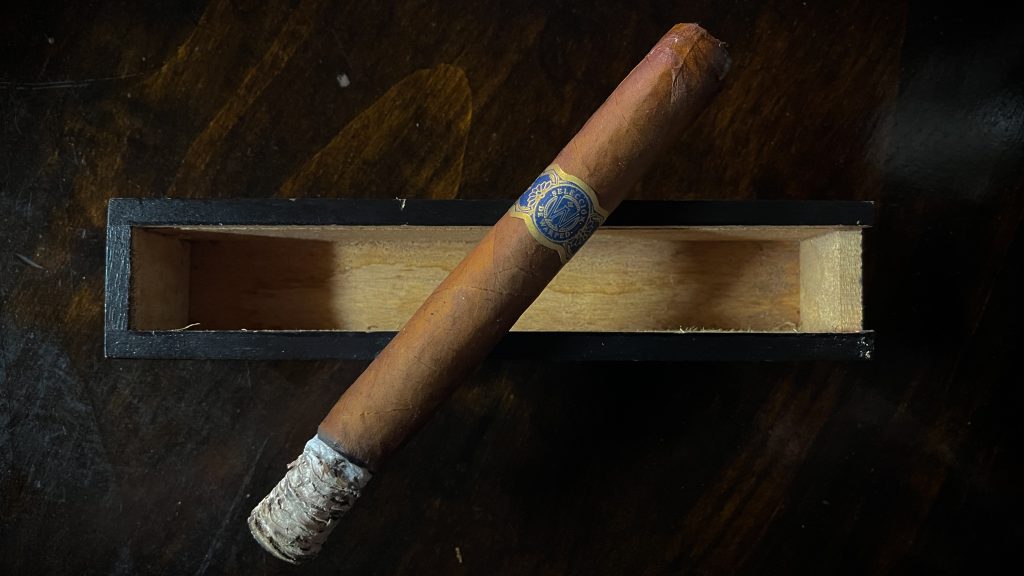 Cedar and milk chocolate are the most distinct aromas emitted off the semi-closed foot of the Appolo, while the cold draw reveals a natural sweetness. Once the cigar is set on fire, there’s a medium-strength black pepper through the nose but it’s saddled up with a warm cinnamon that results in the retrohale being entirely approachable. The draw’s profile consists of primarily cedar in the early goings but a little past the 1.5” mark some mineral and a toasted marshmallow note both join in simultaneously. 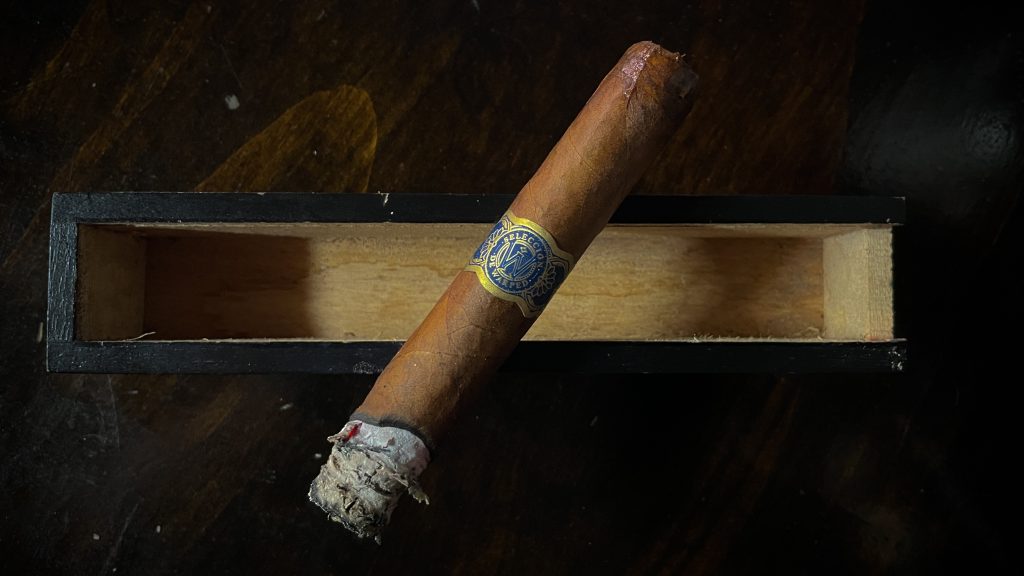 The proof is in the unexpected sneezing fits, the Appollo’s black pepper takes a gigantic leap forward in the second half to make its presence known now far more than ever before. This cigar keeps you on your toes and we like that. One thing we didn’t like, however, was the tight draw that we all experienced with the three samples smoked. The Apollo unfortunately required several relights by all of us throughout the smoking experience.

The Guardian of the Farm Apollo Selección de Warped delivers a tasty profile when the cigar is behaving itself and there’s enough complexity present to make the frequent maintenance issues involved with keeping the thing lit tolerable. There’s a lot of boring cigars out there and this is not one of them. 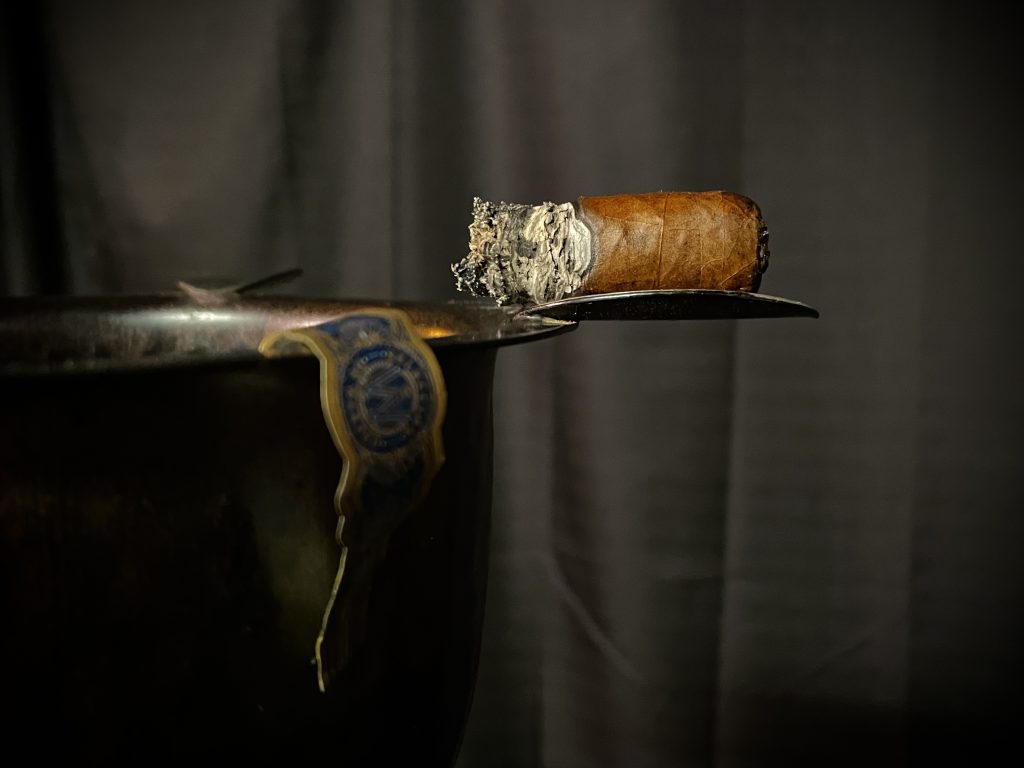 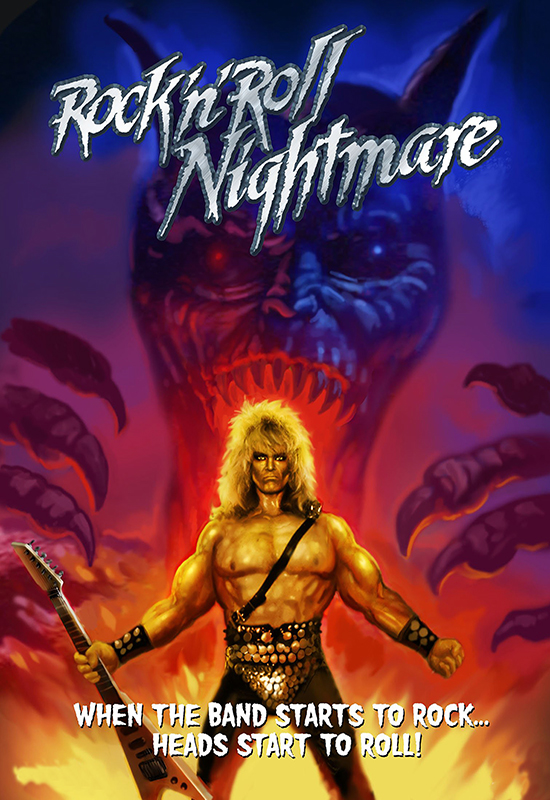 We have A LOT of fun discussing this silly low budget affair but there is an honest sincerity to Rock ‘n’ Roll Nightmare, mostly due to the movie’s star and screenwriter John Mikl Thor, that can easily be overlooked but it shouldn’t be. Just like with his 1988 film Black Roses, which we also had a blast reviewing back on Episode 146, director John Fasano delivers a fun, breezy, good time and that’s just what the doctor ordered for us tonight. 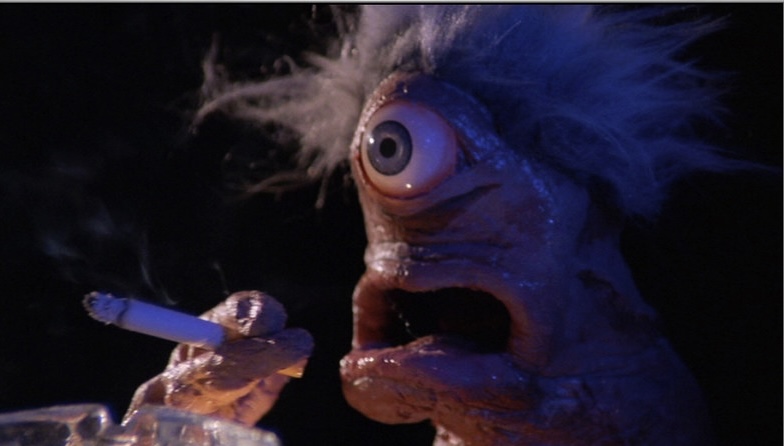 And it has several one-eyed penis monsters in it, so that took some doing! 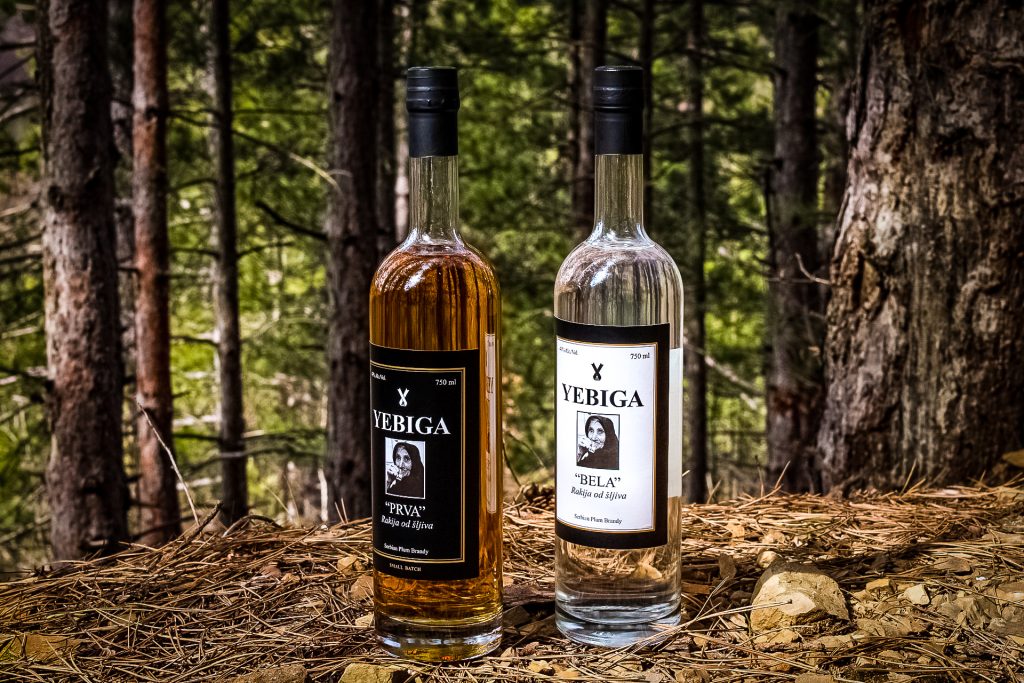 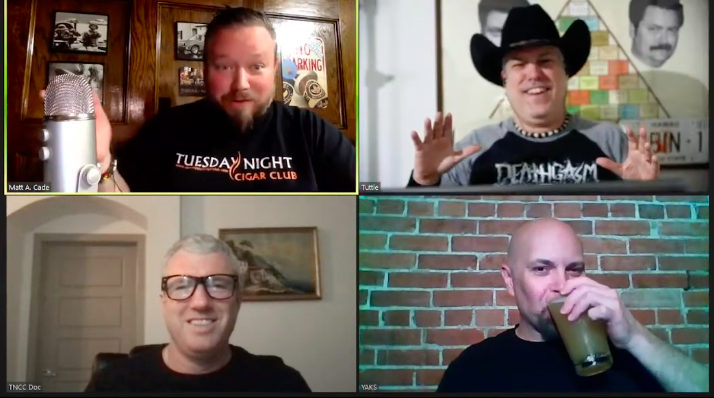