The Sancho Panza Extra Fuerte is a full bodied, relatively straight-forward cigar that knows exactly what it is and doesn’t apologize for it...

While I am certainly familiar with the brand’s name, I have never smoked a Sancho Panza cigar prior to tonight. There’s no particular reason why that is the case, there are probably hundreds of cigar lines that I just haven’t got around to smoking over the years. But when I received these samples of the new Sancho Panza brand extensions from General Cigar Company my curiosity was peaked knowing that General’s new Creative Director Matt Booth was involved in the rebirth of Sancho Panza. Anyone familiar with our year-end “Top Ten” lists knows that the TNCC is a big fan of both Booth and his Room 101 brand, but that certainly doesn’t give him a free pass here. No, folks, the proof as always will be found in the potato… 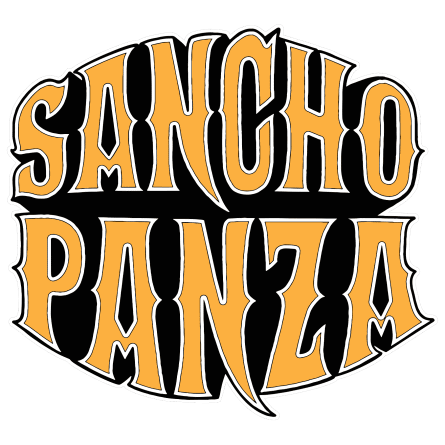 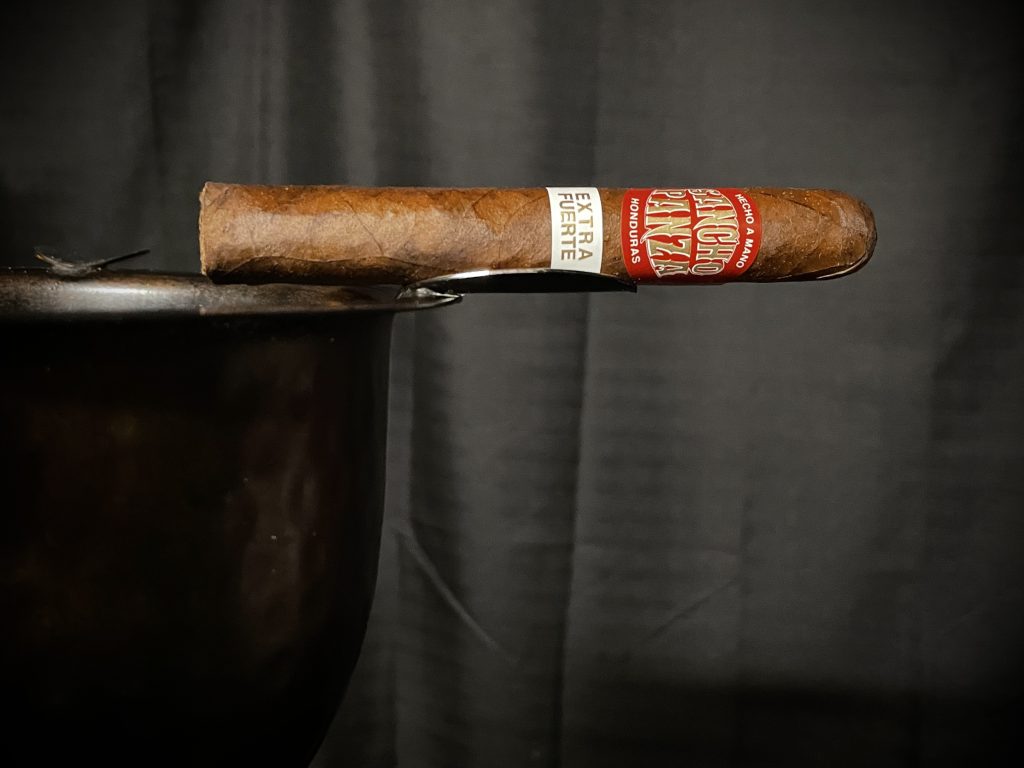 The Sancho Panza’s dark brown Sumatran wrapper features some surface oils and has a strong aroma of sweet raisins and cinnamon. There are a few soft spots evident when gently squeezing the cigar but nothing too alarming… 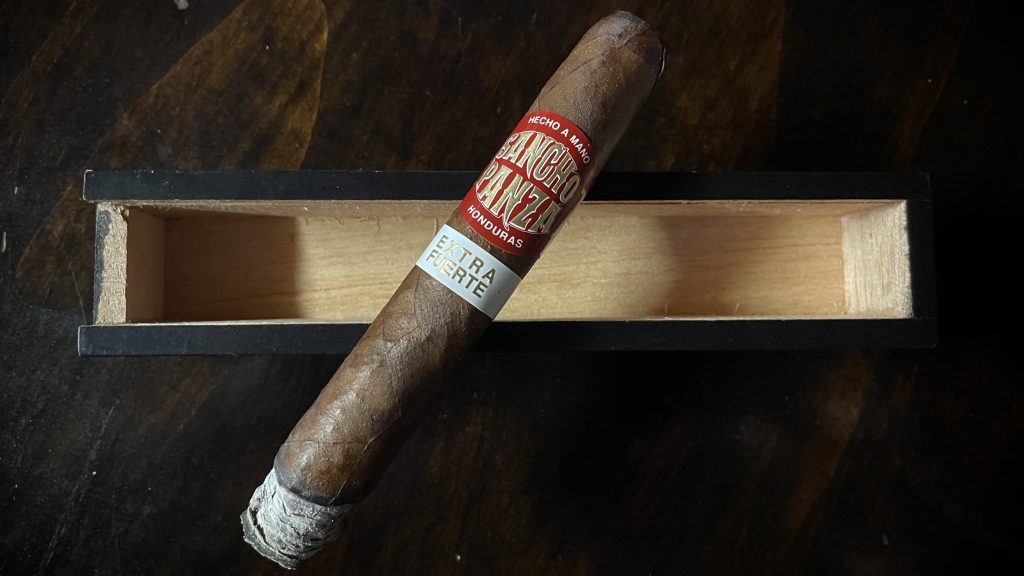 The Sancho Panza Extra Fuerte has a real old school aroma to it. As I torched the robusto’s foot, the developing smoke immediately brought back cherished memories of hanging out in my Uncle Dave’s garage as he puffed away on a Grenadier stogie while working under the hood of his beloved ’68 Camaro Super Sport. Nostalgia aside, first impressions upon ignition are of crisp white pepper and cedar through the nose while the draw is delivering a strong oak flavor backed by just a hint of mineral. At around the 1” mark, a French Roast coffee note begins to arise via the retrohale… 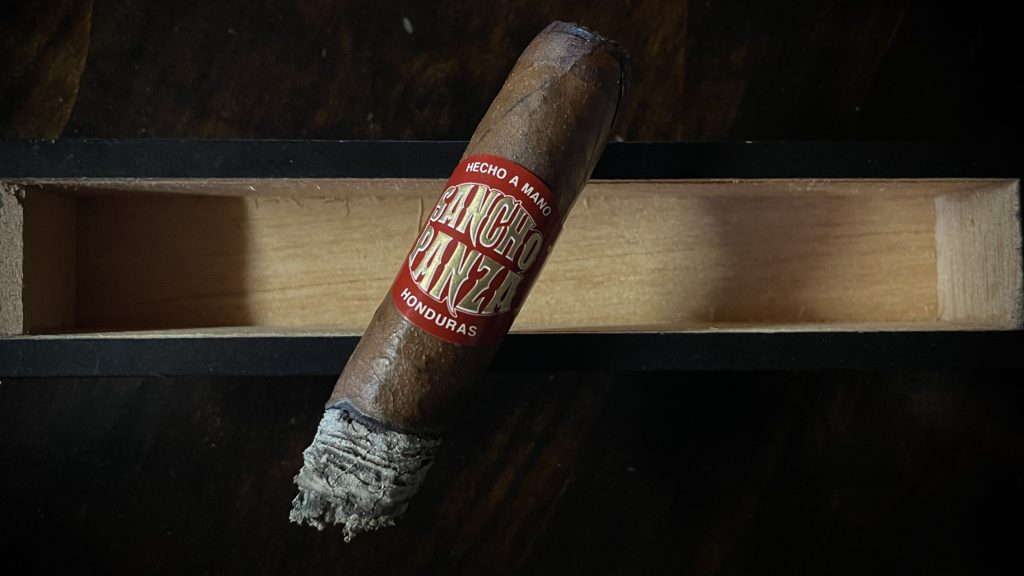 So far this stogie is almost living up to its name which veteran cigar consumers well know is often far from the case as marketing traditionally wins over accuracy.

This sucker is fuerte for sure but it’s not quite extra fuerte in my expert opinion… at least not yet. The one-two-punch of cedar and oak woodsiness combined with the relentless pepper spice continue to rule the roost. The subtle inclusions of mineral and coffee are providing some balance to those bolder flavors for sure. The ash drops just before the fifty yard line; construction as a whole has been very good so far with a perfect draw and acceptable burn line. Towards the end of the second third, a graphite note begins to emerge through the nose which seems to temper down the white pepper kick a few notches… 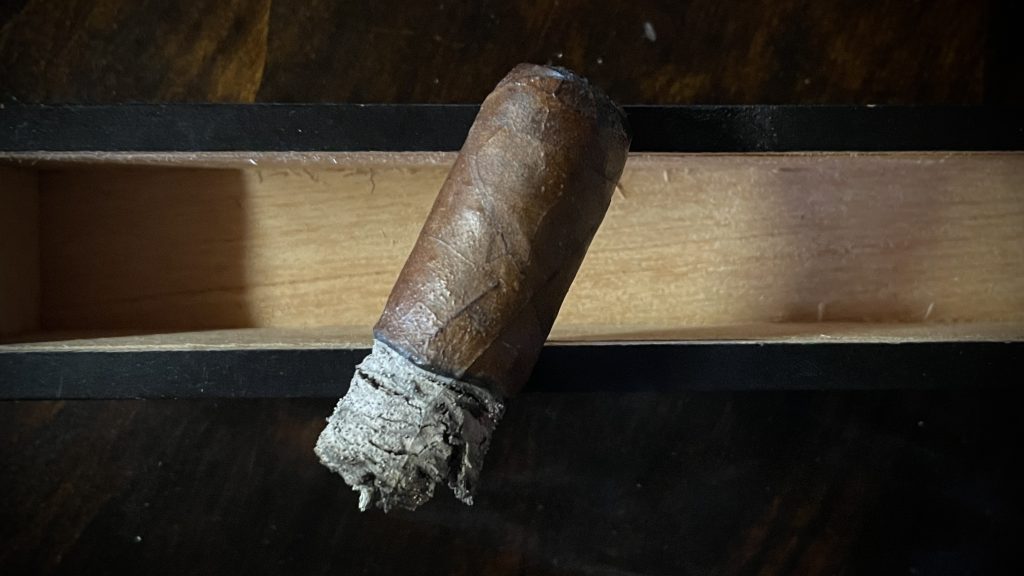 The last act of the Sancho Panza Extra Fuerte is almost identical to the middle portion of the cigar. Consistent spice, cedar, coffee, mineral, and graphite via the retro with steady strong notes of oak backed by some mineral delivered through the draw. If you are not blowing smoke through your nose while smoking this cigar you are missing out on experiencing the Extra Fuerte’s full potential big time. Construction continues to impress until the very end… 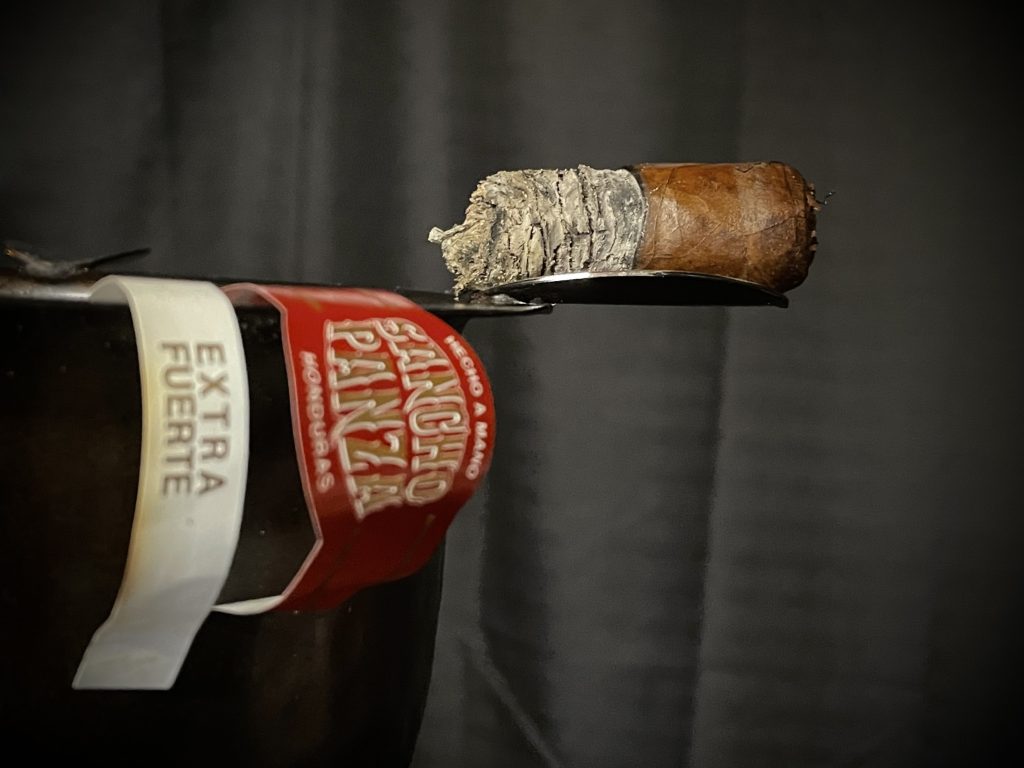 The Sancho Panza Extra Fuerte is a full bodied, relatively straight-forward cigar that knows exactly what it is and doesn’t apologize for it. Not that a cylindrical tube of dead leaves could apologize for anything BUT IF IT COULD I don’t think it would be inclined to do so. So if you have 66 minutes to spare and tend to favor strong, woodsy cigars with some nice accent flavors to keep things from getting boring then I recommend you pick up a Sancho Panza Extra Fuerte and give it a shot.