There’s nothing worse than a boring cigar. Well Nazis, Nazis are certainly worse...

So I have never smoked a pipe. And I know absolutely nothing about the world of pipe tobacco. Seeing as how I’m about to light up a cigar blended with pipe tobacco, it’s probably wise to turn to the Dunbarton Tobacco & Trust website to formally introduce tonight’s cigar up for review:

“Our Master Ligador, Steve Saka, while known for being one of the world’s foremost cigar experts has also been a pipe smoker for over three decades. For many years he has casually crafted handmade cigars incorporating some of his favorite pipe tobaccos into blends for his own personal consumption. While he would typically use “English” style blends, he would also mix it up with a few Aromatics, Orientals and others. While he enjoys his pipe smoking, cigars remain his first love and doing this allowed him to combine the flavors and aromas only a pipe could offer into his beloved puros.

When he told this practice to Jeremy Reeves, the head blender of the famed pipe tobacco maker Cornell & Diehl, who himself is also a cigar smoker, everyone’s wheels began spinning at the possibilities. Earnest work began to create a unique, refined smoking experience combining our shared passions. 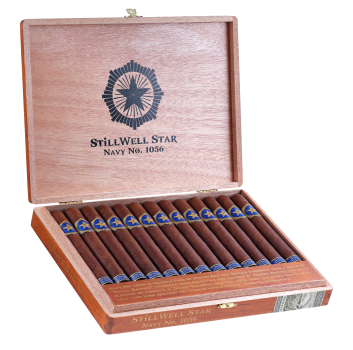 Cigars incorporating pipe tobaccos into their mix is not new, but almost universally they are unbearably sweet, utilize marginal pipe and cigar tobaccos and are rather simple, heavy handed blends that afford the smoker little sophistication or balance. In short, not the type of cigars that Saka smokes.

The end result is a truly mesmerizing smoking experience. Four unique cigars each with its own personality, deftly blended to afford the smoker the nuances of the flavors and aromas of the pipe blends, yet working in concert with the black cigar tobaccos. Balance, measured, refined and elegant are all hallmarks of StillWell Star.”

THE CIGAR – STILLWELL STAR AROMATIC NO. 1 by DUNBARTON TOBACCO & TRUST

“The finest of aromatic Black Cavendish, Golden Virginia and Burley pipe tobaccos added to a mild, Nicaraguan puro to provide a delightfully smooth and exceptionally room pleasing note making it not only a joy for the smoker, but for those around them. Each cigar is delicately finished with a cabeza dulce.” 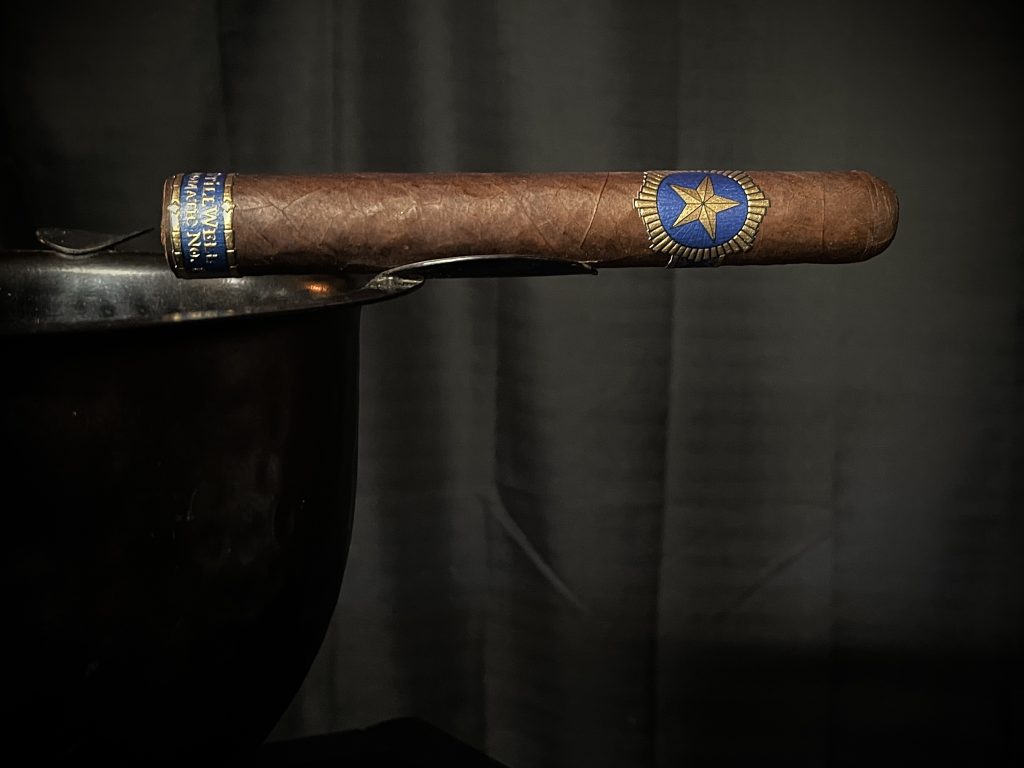 The Tuesday Night Cigar Club received the Stillwell Star collection for review late last year but I wanted to wait until the weather here in Central Texas dropped significantly below 1,000°F before I sat down to smoke them. There’s no particular logic for my reason here, I just associate pipe smoking with cooler weather for some reason and it’s now a “comfortable” 95°F here on the first day of September so it’s Go Time!

Upon sliding off the cello sleeve, the Stillwell Star Aromatic No. 1 has an aroma that’s equal parts ginger ale and a generic yet seductive sweetness. When sniffing the foot of the cigar directly, there is a mixture of raisin-like sweetness, vanilla extract, and Play-Doh. Fuck, good or bad I can already tell that I’m going to get major shit for this review… 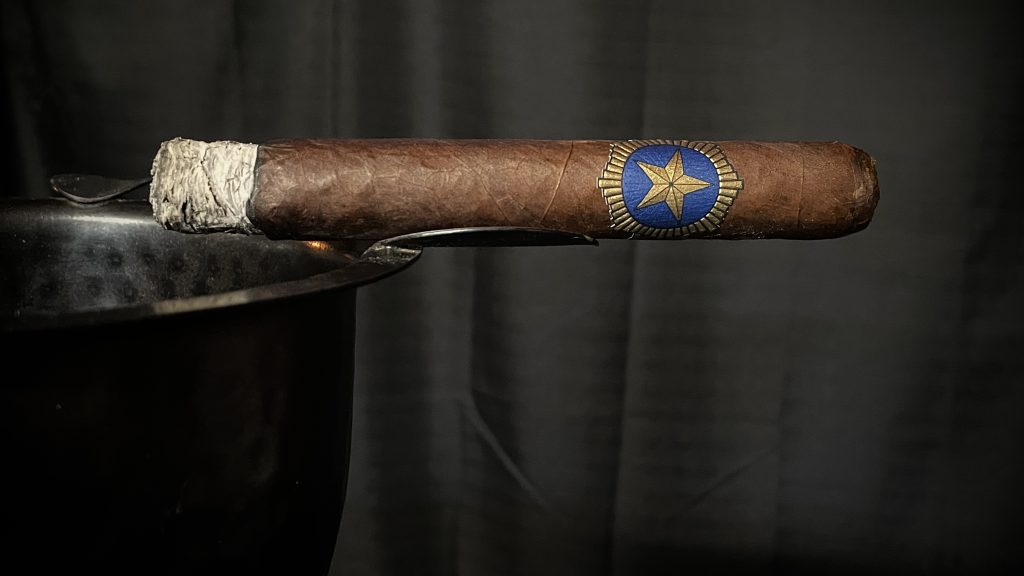 The Aromatic No. 1 features a dark brown wrapper that’s devoid of any surface oils and has just the right amount of give when gently squeezed between two fingers. The cap is certainly sweetened but ever so slightly and it’s not overpowering in the slightest. The cold draw reveals a subtle tea flavor. Upon ignition, there is a medium white pepper spice accompanied by some leather through the nose while the draw’s flavor profile is mildly sweet vanilla cake and faint leather. The pepper spice quickly begins downshifting and by the 1” mark, it is now but a side note to the leather and a new cola flavor that is developing (Vanilla Coke to be more specific). These differing vanilla flavors play very nicely with the leather here early on… 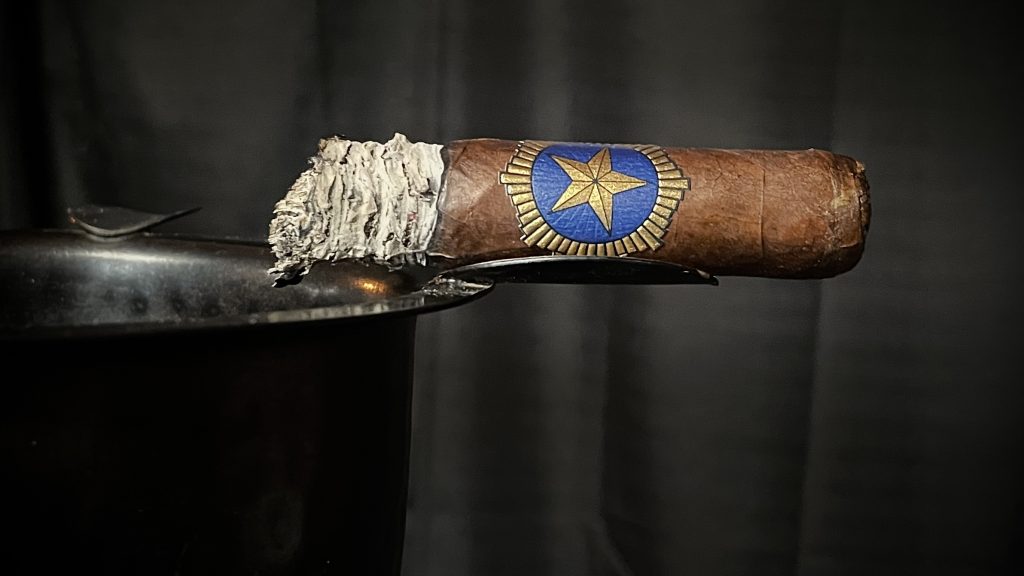 While the draw has been superb from the get-go, the Aromatic No. 1’s burn line has grown a bit too uneven for my taste so a correction is needed at the beginning of the second third. No biggie. The cigar’s so far dominating vanilla and leather profile continues steadily on here until around the fifty yard line when a light coffee note joins the party via the draw. As can be expected, the inclusion of coffee intertwined with the existing vanilla flavors is a highly enjoyable development. The retrohale’s white pepper spice makes a surprising resurgence around this same time which, honestly, is somewhat unexpected but welcome. 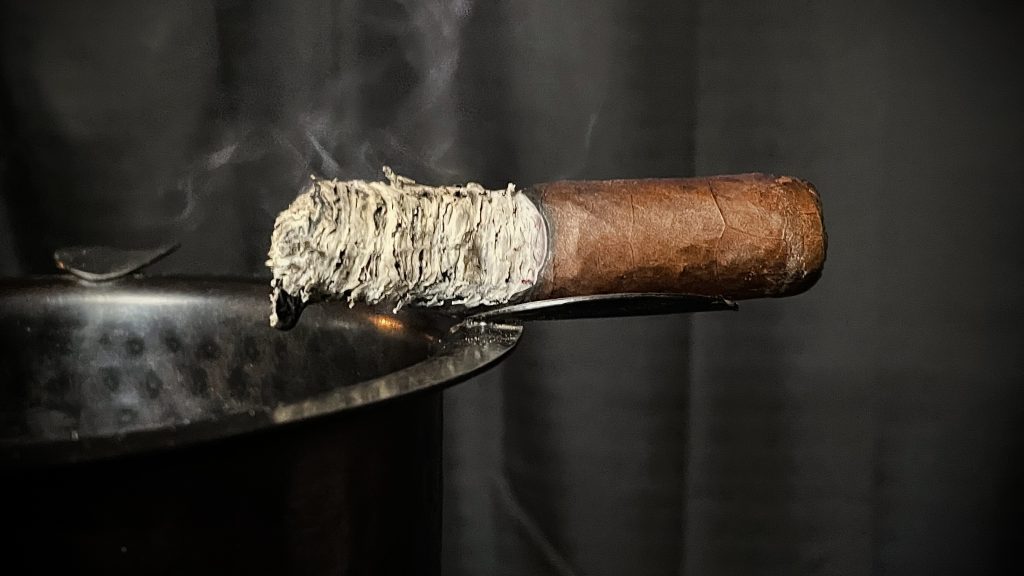 Smoke production is crazy copious now and the resulting aroma is heavenly as dense white clouds linger in the air. The previous burn line issue has not resurfaced resulting in the overall construction being very good here in the Aromatic No. 1’s last act. With two inches to go, a slight hint of dark chocolate sneaks in quietly to join the draw’s profile. The pepper has once again declined in prominence, I like that aspect of the smoking experience as it keeps things interesting. There’s nothing worse than a boring cigar. Well Nazis, Nazis are certainly worse. So differing vanilla notes, chocolate, coffee, leather, and a now gentle amount of spice are the story of the Aromatic No. 1’s final puffs… 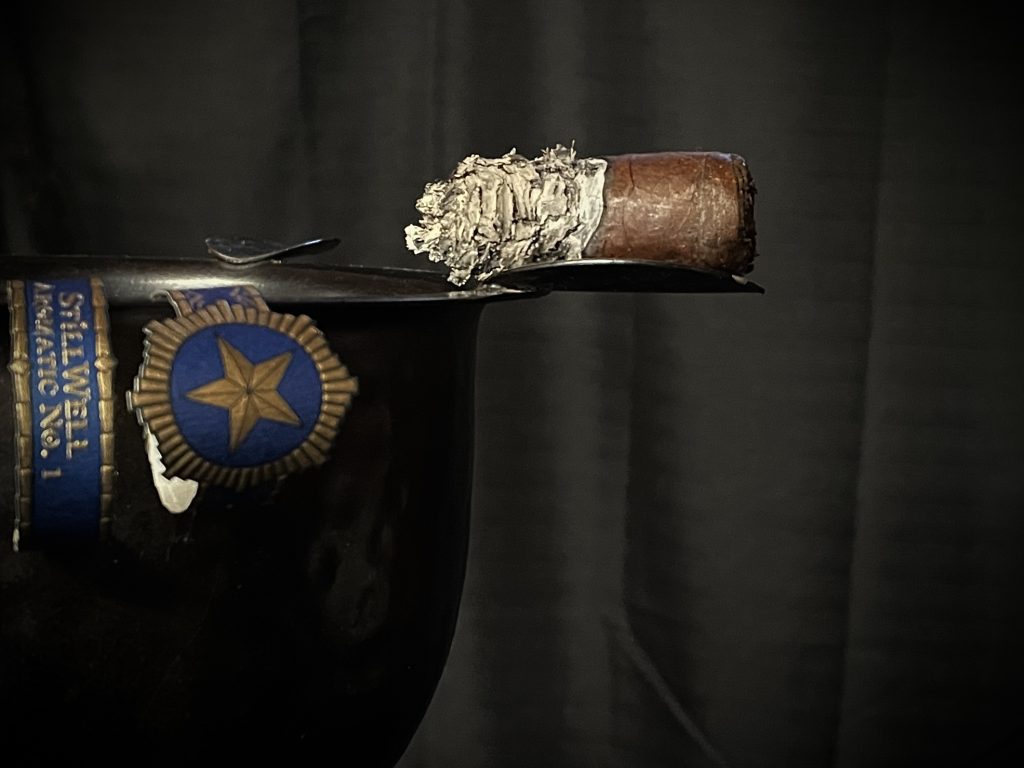 The Stillwell Star Aromatic No. 1 is a warm, inviting, complex cigar that I can’t see any traditional premium cigar smoker taking issue with. Although I’m sure some will as they can often be a complainy bunch at times. Just ask Nick Jonas.

Will everyone like this cigar? Of course not as such a cigar doesn’t exist. But as a 90 minute introduction in to the mysterious world of pipe tobaccos it is a stellar offering that I can definitely see myself revisiting often. And it has me excited to try the remaining three Stillwell Star blends as soon as possible. Stay tuned suckas!