Not all cigars burn perfectly and not all horror films need to relentlessly hit you over the head with doom and gloom. There's room for relights with your cigar and moments of laughter and levity in your horror film.

The first day of Fall! And you know what that means, boys and ghouls? It’s my favorite time of the year, the season of the witch, the Festival of Samhain, HALL-O-FUCKING-WEEN! In case this is getting lost in translation – I love October. And I love the month long blood-soaked marathon of horror film watching that comes along with it. However, this year’s celebration is a somber one as the horror community lost one of its true masters just a few months ago when Wes Craven passed away on August 30 of brain cancer.

Tonight we bring out The Boot Of Remembrance and pay tribute to Mr. Craven the only way the TNCC knows how. This podcast episode is dedicated to a true filmmaking legend and the amazing catalog of films he left behind.

Manufacturer Page: Quesada Oktoberfest
This time every year, cigar lovers look forward to the latest Oktoberfest release from Quesada. I personally had never sampled a Quesada Oktoberfest prior to tonight’s show so I was pumped that Tut was able to pick up a handful at his local Pipe World. The box pressed Kaiser Ludwig (6×49) is a dark beauty with a decorative blue band signifying that this is indeed the 2015 incarnation of the cigar. Strong ballsy tobacco up front lets you know that this stogie means business and its business is to pair with an equally ballsy style of beer. But more on that later. The strong tobacco flavor eventually welcomes notes of bread and earthiness to the party. And, strangely, I also picked up notes of beer malts in the cigar which is a new one for me. Tonight’s beer, the Spaten Oktoberfest, was extremely malty so my first instinct was to attribute the cigar’s maltiness to the beer but it continued long after I had put my pint glass down. Now this cigar was specifically blended to be paired with an Oktoberfest beer, so this malty mystery actually makes sense and really made the crew appreciate the blending of this cigar. In the second half, a strong pepper note appeared and Tut also picked up on a peanut flavor that unfortunately the rest of the TNCC did not sense.

As far as drink pairings go, the Kaiser Ludwig was a clear winner. A weaker cigar would certainly remain invisible when paired with tonight’s beer. The Quesada Oktoberfest and the beer exchanged powerful malty punches with each other throughout the duration of the smoke, with each one coming across as more prominent from one minute to the next until it was all over and they had balanced each other out equally.

Having said that, I’m not sure I would smoke this cigar outside of being paired with an Oktoberfest beer. All four of us at the table had to relight our cigars fairly regularly and there were a few issues of tunneling as well (tunneling is when the filler leaves of the stogie burn faster than the outer wrapper). Now I am accustomed to occasionally relighting my cigars on the show due to me talking so much and neglecting to puff frequently enough but this wasn’t the case tonight. When I have to constantly work at keeping a cigar lit it honestly takes away from the experience for me, especially at a price point at just under $10. I hope to revisit the Quesada Oktoberfest, possibly one of their new Nicaraguan varieties, soon to see if the same issues pop up again. I imagine with the popularity of the line there’s a good chance they won’t.

Manufacturer Page: Spaten Brewery
This style of beer has been around since the 1500s and I can see why! Full body with definitely more malts than any other beer we’ve featured on the podcast before, the Spaten Oktoberfest makes its presence known. The maltiness reminded me of my college days when all I could afford to drink was malt liquor. Well it sort of reminded me of those days… my memory of those four years is slightly hazy for some reason… so much malt liquor… what am I talking about again? 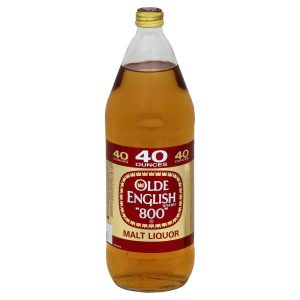 There is a crisp dry finish on the backside of the Spaten Oktoberfest that is really nice and added a needed complexity. I highly recommend this flavorful beer without hesitation and I think it could be paired with a variety of cigars to interesting results. It’s also widely available year round so go pick up a sixer, drink up, experiment with your own pairings, and let us know what you think!

You see, as you’ll quickly learn while listening to the podcast, this is far and away my favorite Wes Craven film. I feel it represents his sense of playfulness, his unparallelled creativity intertwined with his firm sociological viewpoints, and his unique talent in creating memorable characters better than any of his other efforts. Now before you scream “What about Freddy Krueger you dumb asshole!!!” and swamp toss my ass across the room, just go back and watch The People Under The Stairs and thank me later. The dynamic duo of “Man” and “Woman” played amazingly by Everett McGill and Wendy Robie are one of the all time classic batshit crazy cinematic creations right up there with Blue Velvet’s Frank Booth. Go ahead, watch the movie for yourself and try to argue otherwise. I’ll wait here patiently.

Tonight’s episode was a lot of fun and I know that vibe will be infectious as you listen to the show below or on iTunes. Not all cigars burn perfectly and not all horror films need to relentlessly hit you over the head with doom and gloom. There’s room for relights with your cigar and moments of laughter and levity in your horror film. Life is complex and so were all of tonight’s subjects.

Thank you for checking out The Tuesday Night Cigar Club. We’ll see you next time when we review another cigar, adult beverage, and film. May the wings of liberty never lose a feather.