IT’S OUR BEST EPISODE YET. This is the TNCC firing on all cylinders, folks. We take our three respective subjects under review and completely rock their fucking socks off.... 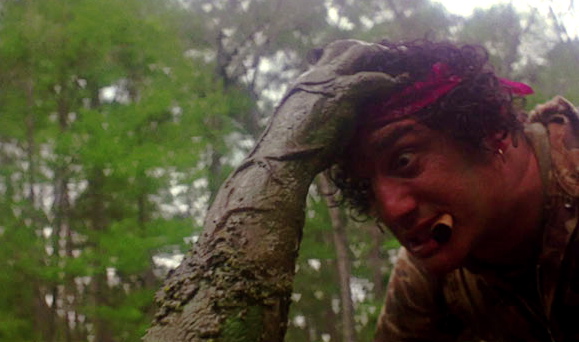 IT’S OUR BEST EPISODE YET. This is the TNCC firing on all cylinders, folks. We take our three respective subjects under review and completely rock their fucking socks off. If our microphones spontaneously blew up at the end of this show taking us into podcast heaven or hell with them, I’d be okay with that because this episode would be our legacy. I want you to listen to this one (HERE) so I’m going to be brief in my notes below. Seriously give it a listen on iTunes or the streaming player below and let us know what you think, I could be wrong… but I’m not.

Another superb offering from the House of Emilio! Named after the Plutarchian muse of thought and meditation (two things this group of chuckleheads know absolutely nothing about), the Melete is a rustic looking Nicaraguan puro with a unique white and purple band wrapped around a firmly packed cigar. After an OK start, this little gem of a robusto really came alive in the second third with some nice spice, sweetness, and deep dark leathery notes. The only complaint that was universal among the boys was that it smoked so damn fast that it was over far more prematurely than we wanted it to be (something this group of chuckleheads might possibly know a thing or two about). It was honestly one of the fastest burning cigars I’ve ever smoked and I really wish I had a lancero sized Melete to review instead as I’m POSITIVE that the more time spent with this cigar would only be beneficial. As it is, we all liked it quite a bit but we wanted more of it.

When Cody selected this ale to be paired with the Melete cigar I made him swear on his dog’s life that it wasn’t secretly a cider. I’m not a fan of ciders and I am admittingly not looking forward to the eventual episode where we review one on the show. Upon our first few sips it was apparent that the Seedy Blonde was heavy on the apples (Yaks guessed Macintosh, I was thinking Red Delicious, Mense put his money on Granny Smith which should tell you all you need to know about Mense). Unlike a cider, however, the apples didn’t turn me off in this instance. The spice and dark Nica vibe of the cigar really played well with the light sweetness of the ale. Tuttle remarked last episode that we didn’t want to fall in the common trap of only pairing dark cigars with dark beers and lighter cigars with lighter beers and I think we certainly avoided that cliche this week. I think we were all a bit surprised by how well the Seedy Blonde treated us throughout the night, it’s apple sweetness never got old or tiresome. Plus we all counted it as our daily serving of fruit so double win!

Take a quick ganders at the Swamp Thing trailer above and pay particular attention around the 45 second mark. That’s a perfect example of a SWAMP TOSS! “What’s a swamp toss?” you may ask. A Swamp Toss, my ignorant friend, is when Swamp Thing picks up one of his enemies and throws them through the air. Like he just doesn’t care. Only he’s Swamp Thing and he does care, sometimes too much. But, nonetheless, he Swamp Tosses a ton of fucking dudes in these movies as it’s apparently his main super power and it’s more and more awesome every time. He’s like the fun dad at a pool party, the villains just towel themselves off and shake their fists at our loveable Swamp Tossing hero. And it has Adrienne Barbeau in it, which we’ve established time and time again on the podcast, is ALWAYS a fantastic thing if you’re a well adjusted sane male cinephile.

There’s so much we get into when discussing and dissecting these two films on the podcast. Oh, did I mention there’s a sequel? You bet your sweet sweaty swamp balls there’s a sequel!

The poster really tells you everything you need to know. So rent this puppy tonight and be prepared to be…well… just rent the fucker. We all watched the original film on Hulu Plus and rented the sequel via Amazon.

“I don’t want to swamp toss your ass, gentle human, but if you don’t listen to the podcast I’ll fuckin do it!!!”

Here’s your homework:
1) Watch these two entertaining films
2) Make a stiff drink of your choosing
3) Light up a cigar, preferably a long vitola such as a Churchill or lancero that’ll last you several hours
4) Kick up your feet and listen to the podcast. We analyze the hell out of these three worthy subjects and, in this particular instance, we have a shit ton of fun doing it. I truly believe that fun is going to be contagious and if you don’t agree we’ll give you your money back!

See you next time when we’ll be reviewing another cigar, beer, and film in our own special way. May the wings of liberty never lose a feather.
SWAMP TOSS!!!