My first memories of clowns are that of Bozo and Ronald McDonald, friendly buffoons who did balloon tricks and made Happy Meals. Or maybe it is because of my fondness for big red shoes and red noses, both of which are usually seen at around 2AM of a TNCC gathering... 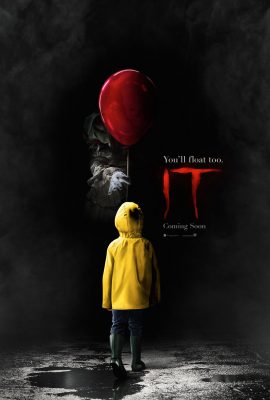 Are you one of those unfortunate souls with a lifelong fear of clowns? Many kids of The Doctor’s generation were permanently traumatized after seeing Poltergeist for the first time. Apparently it’s a real condition known as coulrophobia, or something like that. I don’t judge – it would not be scientific of me to do so – but the good Doctor doesn’t share this fear. Perhaps it is because my first memories of clowns are that of Bozo and Ronald McDonald, friendly buffoons who did balloon tricks and made Happy Meals. Or maybe it is because of my fondness for big red shoes and red noses, both of which are usually seen at around two am of a Tuesday Night Cigar Club gathering. I don’t know why. As for the clown in Poltergeist, I always figured a lit wood match would easily take care of that little cock knocker. 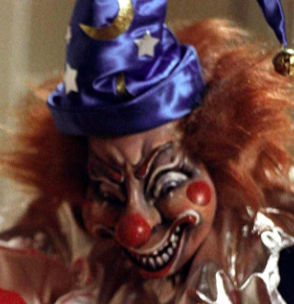 Clown-ass motherfuckers who enter the Doctor’s lair uninvited will be incinerated.

All this clown-ass talk brings us to It, the recent horror film adapted from the Stephen King novel. To be fair, this is the second adaptation of It, the first having been a made-for-TV miniseries that aired in 1990 but I never saw that version and I’m not sure how because I am huge fan of King and his prolific body of work. I tackled the over one-thousand pages of the novel some years ago and wondered how it would make for a movie. Many of the adaptations of King’s work have been widely panned, and some rightfully so. Others are highly enjoyable movies and It falls into this latter category.

It’s a rainy day in October 1988 in King’s fictional and oft-used setting of Derry, Maine. Billy has made a sailboat for his little brother Georgie to take out into the rain. Yes, I know, kids who were around in 1988 were playing Nintendo on rainy days and not screwing around with sailboats but the novel came out in the mid-80’s and this portion of it was supposed to have taken place circa 1957-58, so I shan’t nitpick any further. If you have seen the trailer (and who hasn’t by now) then you know that Georgie’s sailboat goes into a sewer drain. This is unfortunate because this causes little Georgie to become acquainted with Pennywise, a demonic shapeshifter who normally prefers the guise of a sadistic looking clown. 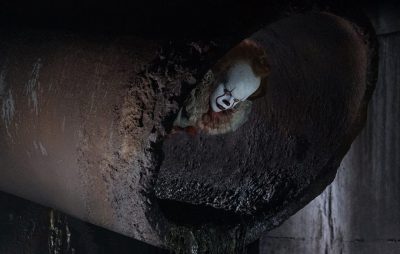 We then jump ahead several months to June 1989 and the end of the school year where we meet The Losers Club, a small group of junior high adolescents that is informally led by the aforementioned Billy. While It is decidedly a horror movie, and an intense one at that, the young actors portraying the kids are really the main story. They all fit together as a loose ensemble and deliver winning performances that engage the viewer and make you care about their respective fates. Jaeden Lieberher gives a heartfelt performance as the stuttering Billy who is obviously damaged by whatever fate has befallen his missing brother. Finn Wolfhard of Stranger Things fame steals his scenes as the foul-mouthed cut-up Richie and the red-haired Sophia Lillis is equally excellent as Beverly, the lone (and somewhat damaged) female member of The Losers Club. Each of the kids is visited in one form or another by Pennywise, performed with gleeful eeriness by Bill Skarsgard. Pennywise plays on the individual primal fears of each of the kids in turn, taking the presence of whatever scares them most at that moment in their individual lives, be it a diseased leper, a frightening painting, or an actual clown.

Finn Wolfhard and Jaden Lieberher doing some sleuthing, for which they are thoroughly unprepared for. The young actors in the film all deliver winning performances.

Not unlike Stranger Things, It plays on the motif of a group of intelligent kids dealing with a supernatural, potentially life-and-death trial that they are going to have to endure without the help or support of any grown-ups. This is a theme that reappears in King’s work (The Body and Christine to name two personal favorites) and in film can be traced back to Spielberg and ET. We’ve all been kids ourselves, so it is a feeling that we can all relate to on some level, but said theme simply will not have the intended effect if the actors portraying the kids aren’t up to the task which they more than are in It. We go through the film with them individually and together and what is a winning film, particularly a horror film, if not one that takes you on an emotional journey? I don’t know who actually wrote the lion’s share of It – there are three writers credited with the screenplay and that usually means that at least one person lost a job somewhere – so we will just credit Chase Palmer, Cary Fukunaga, and Gary Dauberman equally for the final product. And while we are handing out props, The Doctor has to give this guy his due: 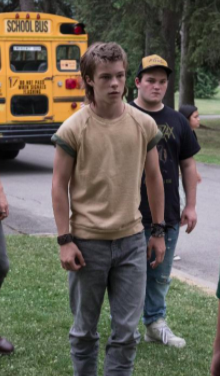 Australian-born actor Nicholas Hamilton doesn’t have many scenes as mullet-sporting school bully Henry Bowers, but when he does show up, this dude fucking goes for it in an enjoyable over-the-top nutso way. When Henry and his oversized cronies come after any of The Losers Club, they are only slightly less intimidating than Pennywise himself.

It is a decidedly enjoyable movie, and well worth the time, even at 135 minutes. I also appreciated the fact that while Skarsgard’s Pennywise is scary, the film doesn’t try to get you with jump scares in place of creating atmospheric horror. Also, you don’t need to have read King’s novel to enjoy It (sorry, Steve, you have my love and respect, but I know you don’t need the book sales at this point). It stands on It’s own.

Check It out at your earliest opportunity but coulrophobia sufferers be forewarned. For a nominal fee (nominal being open to my interpretation) your favorite Doctor will go see the movie you with for protection. Clowns and clown-asses don’t want no part of me. Not because I am a fighter, mind you. I just know when the gig is up and it’s time to start running. Try to keep up. As always, The Doctor wishes you all a clean bill of health.