It’s pleasing to imagine or gaze at through a highly-powered telescope while sharing wine with your significant other, but I sure as shit wouldn’t want to actually visit space myself. 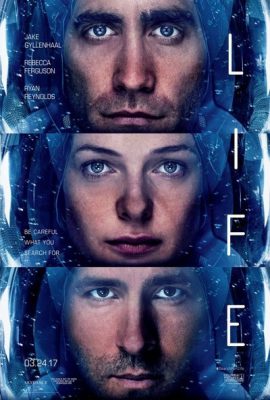 After returning refreshed from my small vacation at baseball’s spring training in the Arizona Cactus League, I found it difficult to get back into the daily grind. I dare anyone to say they feel otherwise, especially if you’ve had the pleasure of being served a pre-game meal of tasty fish and chips by the lovely wait staff at The Moon Saloon in Peoria before heading out to the yard. I came awfully close to catching a home run ball off the bat of Rangers shortstop Elvis Andrus as it landed directly in front of me before it was smothered by a sea of sunburned drunks on the centerfield grass embankment. Unfortunately, I had left my stun gun in my hotel suite so there was no way for me to retrieve the souvenir by force. But what the hell, I had a Romacraft Intemperance cigar in my pocket that I didn’t want to risk damaging and it was fun anyway.

What to do upon return to suburban melancholia on a random Tuesday? Here is what the Doctor does: have a pregame nip of Absolut Lime and head to the movie theater! Which brings us to Life, the horror-sci/fi Columbia Pictures release directed by Daniel Espinosa (Safe House, Child 44) and starring Ryan Reynolds and Jake Gyllenhaal.

A journey into space, the dark sea of the heavens, sprinkled with the tiny brilliance of the celestial bodies hovering above the orb of Planet Earth. It’s pleasing to imagine or gaze at through a highly-powered telescope while sharing wine with your significant other, but I sure as shit wouldn’t want to actually visit space myself. I’m a man of science, I’ll leave living in cramped spaces and squeezing meals out of toothpaste tubes to the cowboy astronauts. How would I keep the ice in my glass in a zero-gravity environment? Do they even have booze in space? I don’t know and I don’t intend to ever find out. However, because of a combination of my own fears and my love of horror and science fiction, The Doctor is always susceptible to purchasing a ticket for a good space yarn. After all, my fellow Tuesday Night Cigar Club raconteurs and I grew up on Star Wars, and the medical droid from The Empire Strikes Back was one of my earliest mentors. 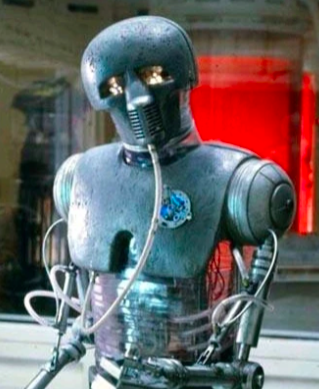 2-1B was all business in the lab but after hours he tore the fuckin roof off like George Clinton!

Ridley Scott’s Alien is an early combination of outer space and horror and while John Carpenter’s The Thing (an all-time favorite of The Doctor and TNCC chairman Matthew Cade) does not take place in deep space, the remote bleached whiteness of Antarctica serves the same purpose of isolation albeit with a different color scheme. 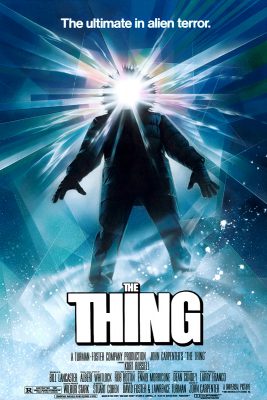 Want to see a horror/sci-fi film with existential undertones and everything executed perfectly? Gonna be hard to top “The Thing” but good luck…

I suppose it’s pretty much all been done before, but if I let that cynicism serve as a roadblock then I probably would never leave the house, much less go to the movies. And what fun would that be? As any good drinking man worth his weight in Absolut Lime will tell you, it hasn’t all been done before. Jiminy Christ, who the hell knows what might happen when you leave the house! Whether to go to the movie theater or to Red Neck Heaven during Happy Hour…

Back to Life, but then mustn’t we always? Six geographically and somewhat geopolitically (there’s a Russian involved!) diverse astronauts are orbiting the Earth on the International Space Station – ISS from here onward – while awaiting the arrival of some sort of cargo pod carrying dirt specimens from Mars. A cellular organism is found in one of the burnt orange dirt samples, a milky, willowy little thing that seems friendly at first. Given the name “Calvin” after an elementary school won the naming rights in a nationwide competition – a completely unnecessary scene, in my opinion – the alien organism grows rapidly in size and becomes unfriendly before managing to break out of its laboratory confines and disappear through an air vent. Now the game is afoot, both the mental and the physical. If it sounds like the plot is largely lifted from Alien, that’s because it is, and the filmmakers clearly are making no bones about that fact. The ISS has fewer hiding places than Alien’s The Nostromo or The Thing’s Antarctic science station, but I’ll credit the screenwriters of Life for not letting that keep them from coming up with some suspenseful plot points. Where will Calvin strike next? Can he/she be trapped in the thrusters of the ISS, or maybe even outside the station itself? Can Calvin even be killed at all?

Life is definitely adept at demonstrating the “aloneness” of space and the nausea inducing claustrophobia of cramped passageways on the ISS. The movie certainly looks good and it never drags or fails to entertain, but I would be remiss if I didn’t mention that almost nothing is wholly original. The look and feel of Life would have caused eyeball perspiration and constriction of breath in a viewer who hadn’t seen all of this already. A spacesuit-clad body rotating away into deep space? Eerie, to be sure, but it was already done in inimitable fashion in 2001: A Space Odyssey. The tight confines of the ISS and life boats hurtling earthwards, both of them seeming to be omnipresent entities? It makes for good entertainment and for that we must give Life its pass, but these devices had a more visceral and emotional impact the first time that I saw them employed in Gravity. Yes, I just referenced a Sandy Bullock picture. I know, I know, I’m bitching. The movie entertained me for a good 103 minutes and that is worth the price of admission. Still, it bears mentioning that in a horror/sci-fi film everything is lessened for the viewer if you feel like you’ve been there and done that. Sorry, but any honest review of Life will have to point that out or be accused of knavery. And the TNCC and the good Doctor do not suffer knaves, excepting, of course, ourselves. 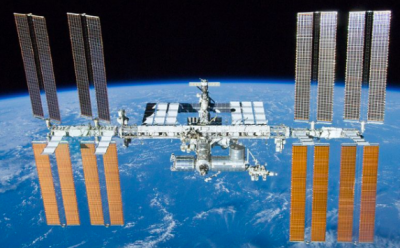 Can you honestly imagine living in this thing for months on end? Not I, said the pig – er, said The Doc.

Performances? Your favorite neighborhood Doctor is an unabashed fan of Ryan Reynolds, ever since his breakout performance in Van Wilder, a great party movie. Maybe there is a film or two in Reynolds now rather expansive filmography that you don’t care for, but if you have been working for twenty years there is going to be at least one clunker on the resume. Kind of like we all have one nooner we could have done without. Or maybe that is just me? Better move on. 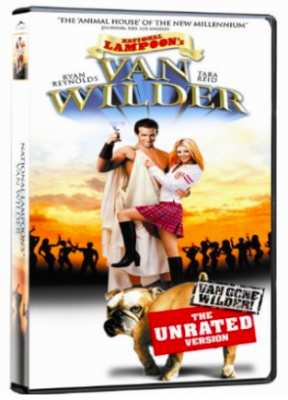 C’mon, Reynolds owns this like a champ. And Tara Reid was sexy!

Reynolds always seems to bring an energy and charisma to whatever he does. Unfortunately, in Life, he doesn’t get a chance to do too much but he is still good whenever he is on screen. Gyllenhaal is supposed to be a misanthropic scientist (they do exist, they’re not all like me) who has been living for over a year on the ISS, so I can’t tell if his performance is a choice or if he is just wooden in general. There, I said it. The quite lovely Rebecca Ferguson is good as the pragmatic science officer, but other than that there isn’t much to say. Again, this movie begs comparison to classic films due to its imitation of them and if you are going to emulate Alien with Sigourney Weaver, Tom Skerritt, John Hurt and Yaphet Kotto or The Thing with Kurt BadAss Russell, Keith David, Wilford Brimley, Richard Dysart et al then at least some fallout is inevitable. I don’t write the rules. 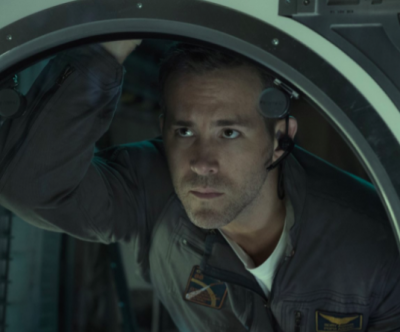 Which brings us to Calvin the alien. As far as CGI is concerned, does such a thing as “good CGI” actually exist? I’m afraid not. There is either “embarrassingly bad” CGI or something less so. Calvin looks good in its umbilical stages, but the larger and more mobile Calvin gets the more it tends to look a trifle cartoonish. I understand that this is the way things are done nowadays and I am certainly not some crank of a Generation X casualty who sits around pining for the good old days… or wait, maybe that is exactly what I am. Shit. 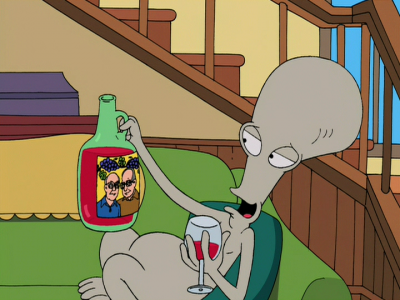 If this is my favorite 21st century depiction of an alien, I should probably keep my own counsel. But it’s Roger! He likes to drink a lot.

All of this sounds like I didn’t care for Life, which was not the case. As previously stated, it was entertaining. But fans of Alien and Gravity will not be able to shake the fact that it’s been done before and fans of The Thing, like Cade and myself, will just want to watch The Thing again. I don’t like spoilers, so I will not divulge any details regarding the denouement, but Life is definitely worth a viewing. Old school cranks have been duly fore-warned that nothing really groundbreaking is happening here. But does it have to be? After my dalliance around the ballyards of Arizona, the tranquility of the movies and the trip to outer space was just what I needed to get me back on track. So stuff a few airplane minis of Absolut Lime into your trousers and go see Life. As always, The Doctor wishes you all a clean bill of health.