The Grand Apex features some enjoyable transitions throughout the 60 minute smoking experience and there’s a complexity at play that keeps you on your toes...

The Reinado brand is one that I remember from my early days as a smoker of premium cigars but they had dropped off the radar by the time we started this mad experiment called The Tuesday Night Cigar Club in 2015. Well now Reinado is back in action with their first new release in seven years…

Size: 5 1/2 x 52 (robusto extra)
Wrapper: Mexican San Andrés
Binder: Nicaraguan
Filler: Nicaraguan
Price: $12.00 (while these samples were provided to us by the manufacturer, please remember when purchasing some fine premium cigars from FamousSmokeShop.com to use your new favorite promo code TNCC20 at checkout where it will knock $20 off your purchase of $100 or more) 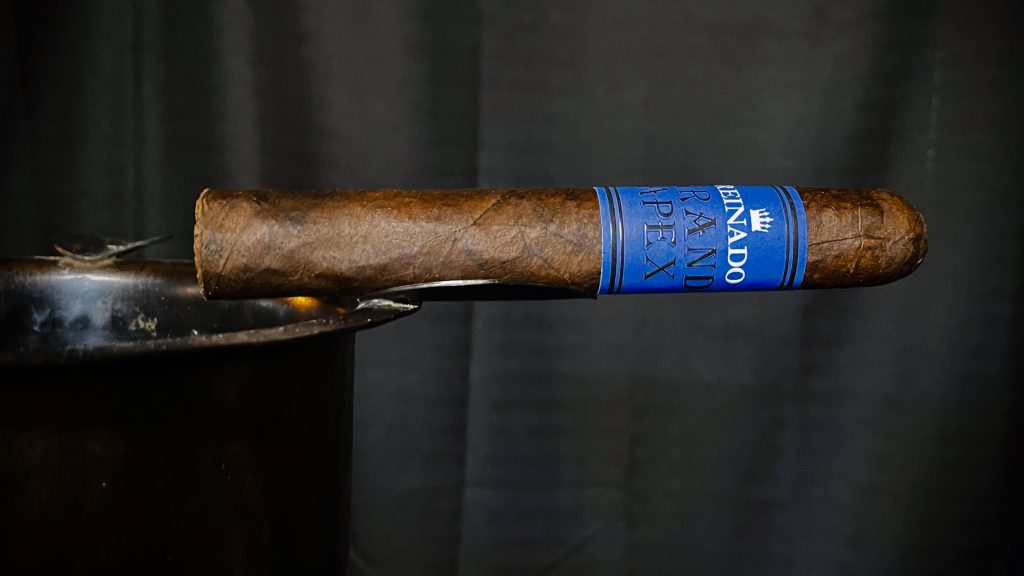 The Gran Apex has a very smooth texture to its dark Mexican San Andrés wrapper leaf which features minimal veins and it appears to be packed to the gils with tobacco as there’s very little give when squeezed between two fingers. I can’t remember experiencing this strong of a chocolate aroma from a cigar in quite some time, both baking chocolate along the body and milk chocolate when sniffing the foot of the cigar directly. 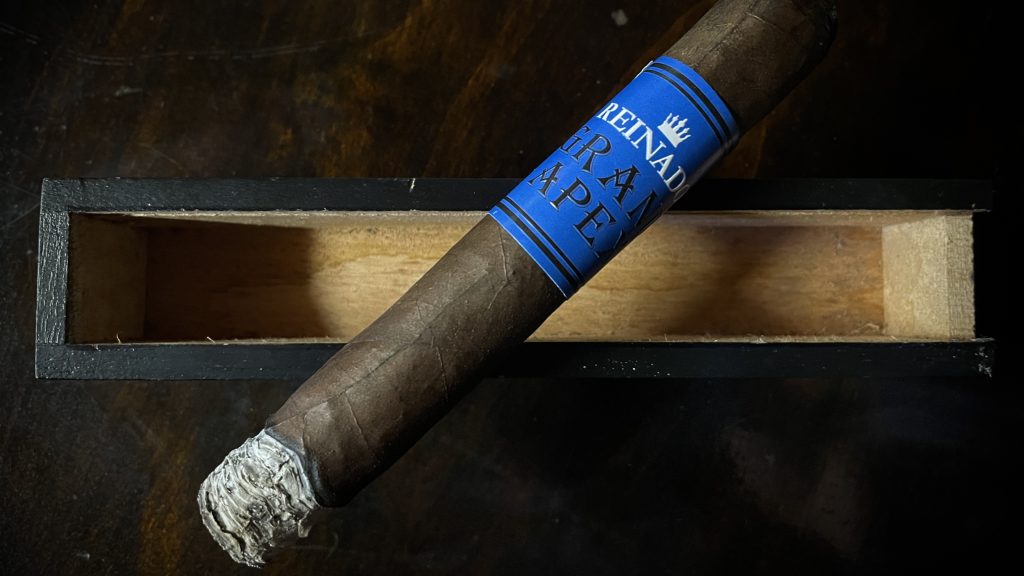 The baking chocolate is faintly present on the cold draw as well as a hint of raisin and some sweetness. The San Andrés wrapper makes my lips tingle a bit as I apply fire to the foot of the Grand Apex. First impressions are of medium-to-full strength pepper spice through the nose and bold leather via the draw. Smoke production is copious as thick white clouds pour from the Grand Apex with every puff. As things quickly settle down, a distinct mineral note joins the pepper on the retrohale and a dry Sumatran coffee flavor saddles up next to the leather on the draw. There’s a very pronounced sweetness that comes and goes fleetingly as well, one second it’s there and the next it’s gone. Kind of like the Dallas Cowboys in the NFL playoffs this year. The draw on one sample smoked was a bit tighter than I prefer in the early goings due to the tight bunch but I was able to easily open it up with a draw poker and continue the smoking experience with no further issues. 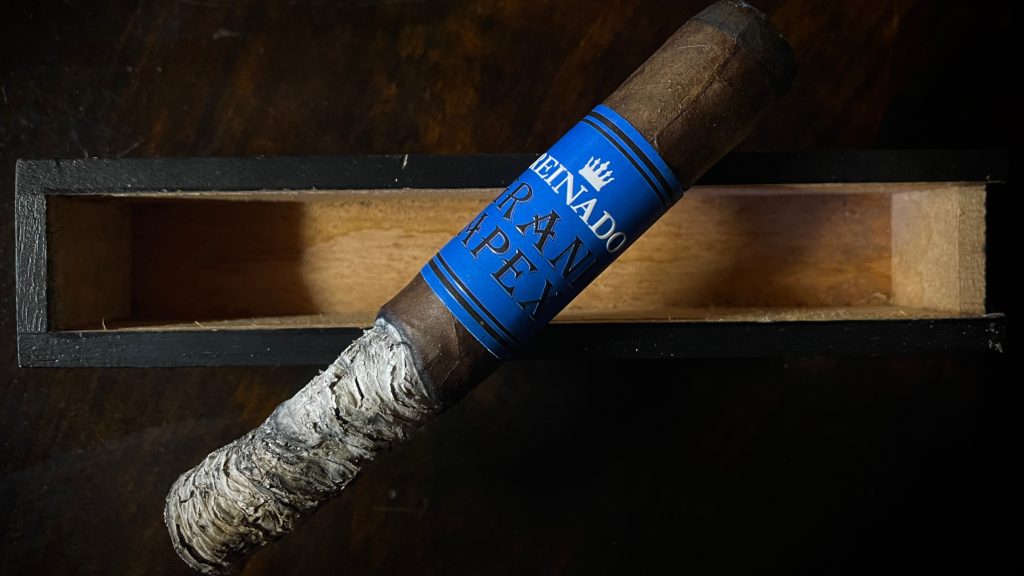 Construction so far, other than that isolated tight draw, is very good with a straight burn line, solid white ash, and zero relights required. The rertrohale’s once powerful spice has now downshifted to medium strength and the mineral component is remaining steady. Dark chocolate makes a grand entrance at the beginning of the second third, which I was keeping my fingers and toes crossed that it would after those prelight aromas teased me. The leather, coffee, and dark chocolate work well together especially when the mineral begins creeping its way in to the draw’s profile as well. The ash finally drops right around the fifty yard line. 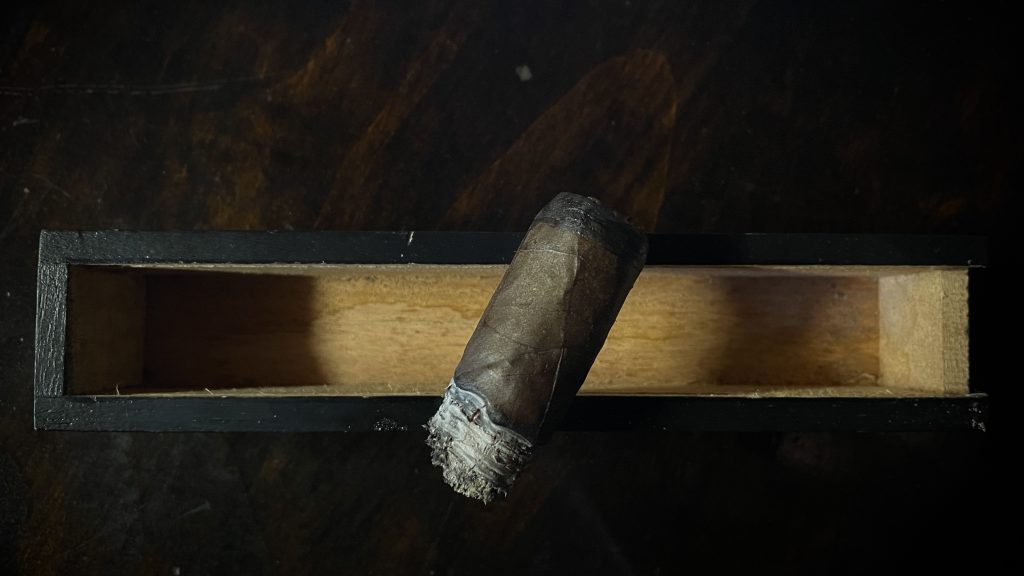 The draw’s flavors transition back to where things began here in the final third. The leather and coffee both become noticeably bolder and leave the dark chocolate in the dust. While the rertrohale’s pepper never revisits that potent level of strength that it had initially, it does ramp up a notch and is now joined by not only the mineral but a vanilla cake icing note that flutters in and out occasionally. 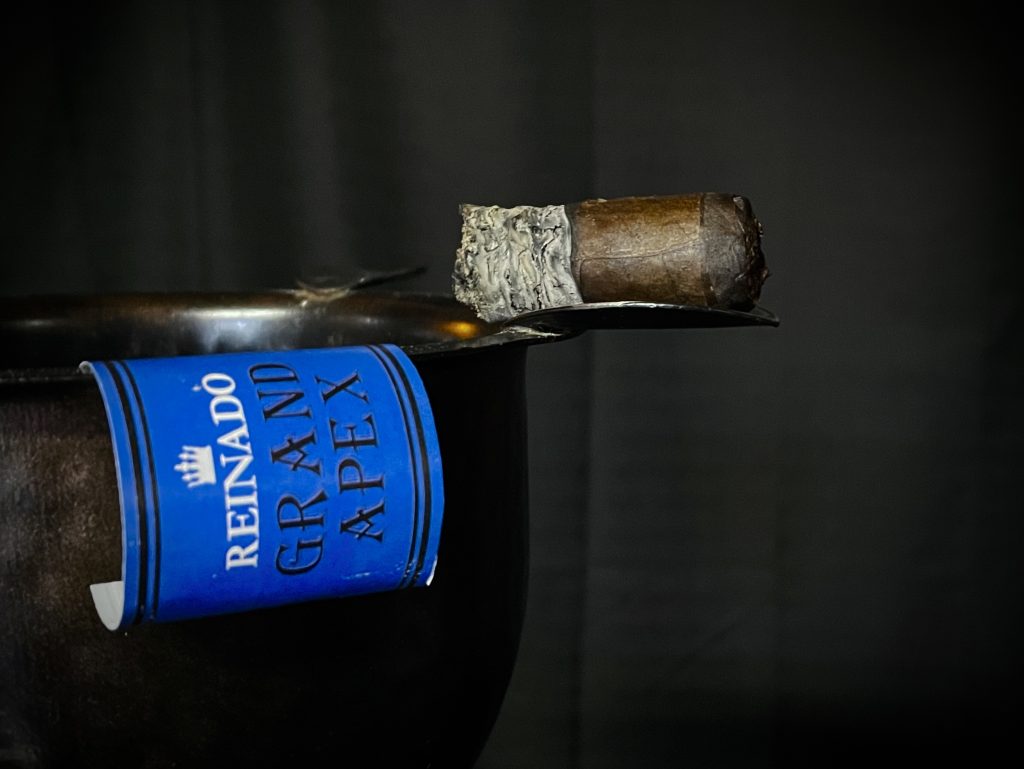 The Grand Apex features some enjoyable transitions throughout the 60 minute smoking experience and there’s a complexity at play that keeps you on your toes. The vanilla icing note in the final third was a true highlight. Other than the tight draw in one sample smoked, that was easily fixed, construction was very good overall. As far as a the Grand Apex being Reinado’s first new release after a hiatus from the cigar industry, I would certainly grade it as as a success.