Our 6th annual March To Halloween Horrorific Drinking Spooktacular Extravaganza continues!!! or some shit like that... 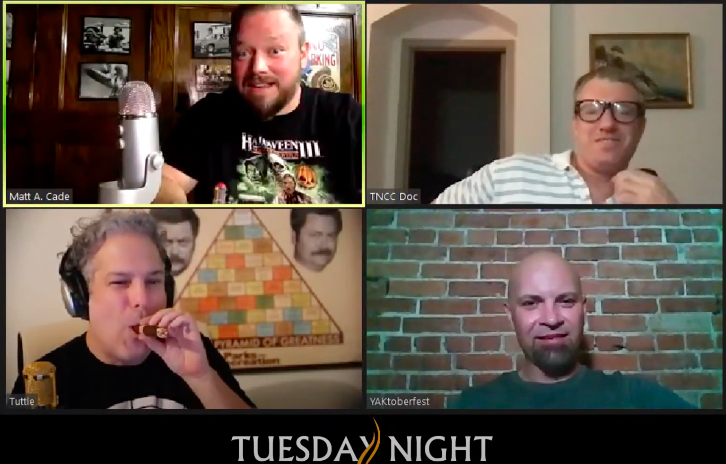 He Who Walks Behind The Craft Beers will be very pleased!!!

Welcome guys and ghouls to the Tuesday Night Cigar Club’s Episode 124! Tonight we continue our legendary, our infamous, 6th Annual MARCH TO HALLOWEEN HORRORIFIC DRINKING SPOOKTACULAR EXTRAVAGANZA (or some shit like that) where we treat you to a terror-filled smorgasbord of carefully selected horror films to lead you right up until the big day October 31st. Y’all ready to get your spookies on? Then click the links below and join the party!!!!!

THE CIGAR – BETWEEN THE LINES by ARTURO FUENTE 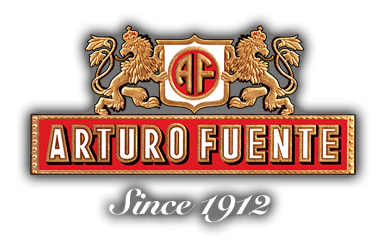 Size: 4.5 x 45/54
Wrapper: U.S. Connecticut Broadleaf / Cameroon (barberpole)
Binder: Dominican
Filler: Dominican
Price: around $18.00 if you can find them. I acquired these, which were originally purchased in 2009, from a private collector. (And remember when purchasing some fine premium cigars from FamousSmokeShop.com to use your new favorite promo code TNCC20 at checkout where it will knock $20 off your purchase of $100 or more, now that’s really cool)

From our friends over at Famous Smoke Shop, we learn this about tonight’s super rare cigar:
Easily among the most coveted Hemingways, Between the Lines combines Hemingway’s signature blend of vintage mild Dominican tobaccos inside a barberpole wrapper of African Cameroon and U.S. Connecticut Broadleaf Maduro. The cigars offer a wealth of complexity in a truly classic, light-bodied cigar.

Well as world renown internet cigar experts, I think we’ll be the judge of that… 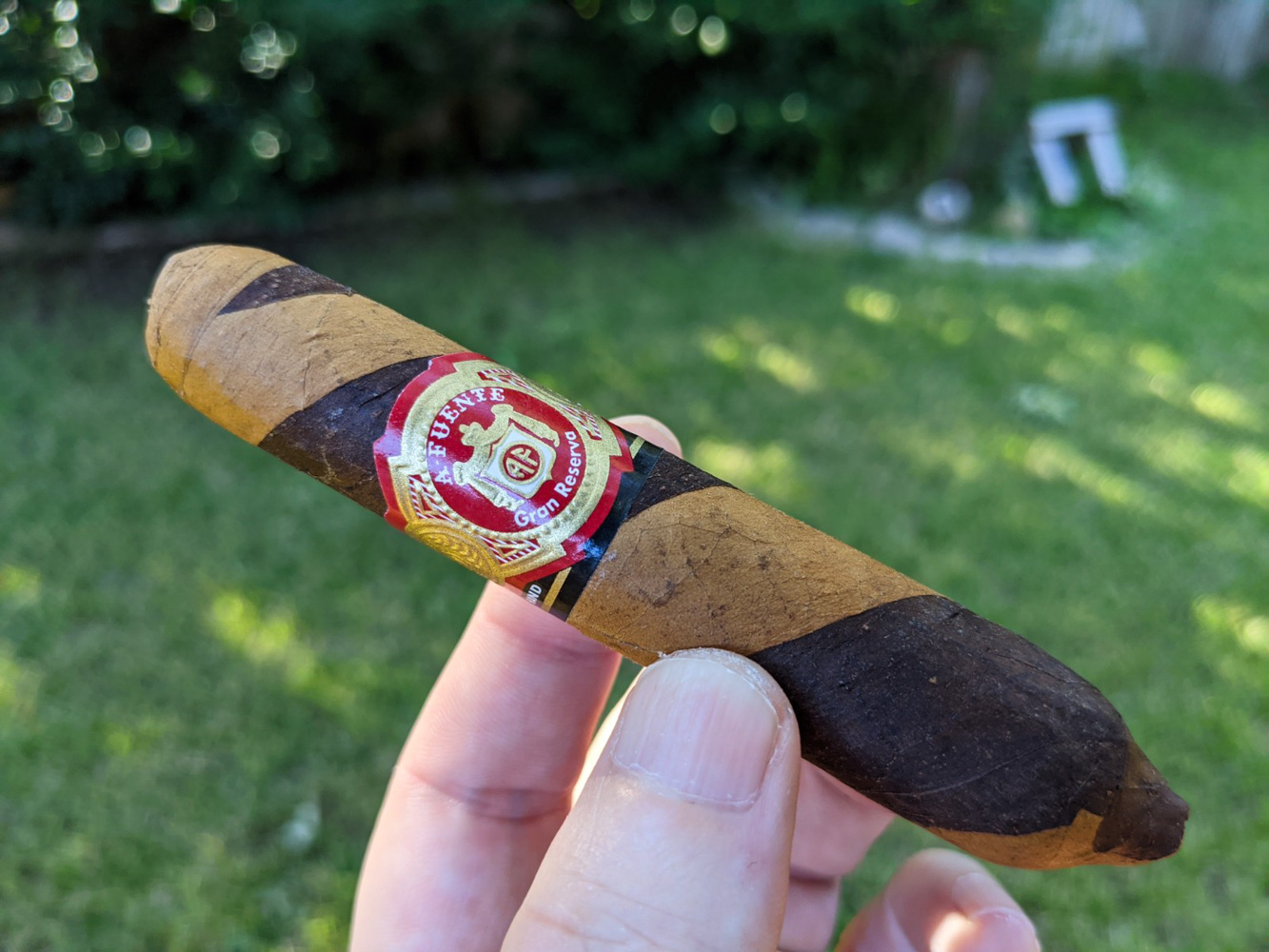 The cold draw is a “harsh but beautiful valve oil” according to Tut with his vast knowledge of high school band instruments. Apparently when you blow in the instrument valves, you experience metal on metal mixed with oil, and THIS is what he tasted here apparently. Complimented with a slight sense of grassy hay. And who were we to argue with him? Because it’s a unique-as-fuck cold draw and it’s good. Damn good. These cigars had over ten years of age on them going in to tonight’s show and we almost, ALMOST, felt guilty smoking them in front of The Doctor who couldn’t imbibe from the sterile confines of his office. In fact, Tut didn’t want to do the show as he’d rather enjoy this cigar minus the pressure of performing on mic… he just wanted to smoke this beauty unplugged, minus the pressures of talking about it on the air. Very nice light coffee, faint mint, and warm cedar were the first immediate impressions. 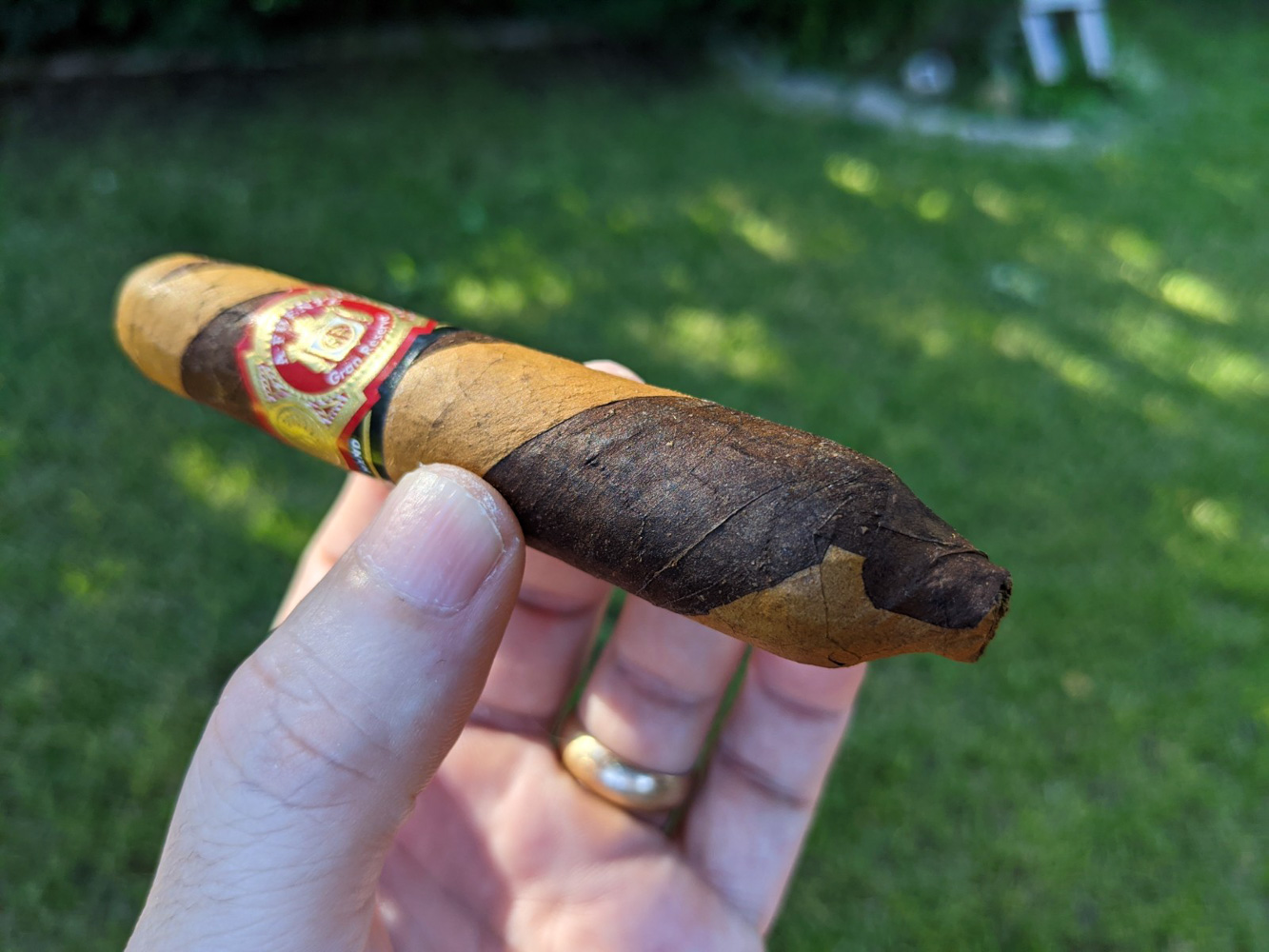 For a ten year old plus cigar, it performs phenomenally construction-wise with a razor sharp burn line and a crystal clear draw. It’s mellow, it’s smooth, featuring zero spice and nothing but full bodied flavor that you don’t need to hunt for at all of both clearly defined coffee and cedar equally. There is a non-definable pronounced sweetness on the retrohale that compliments the flavors on the draw so well… Goddamn this cigar is smoking nice. Yak Boy even picked up a mild chocolate flavor note in the final third of the Between The Lines as well. Perhaps it’s a good thing that these cigars are so hard to find, at least from our wallet’s perspective. If you’re lucky enough to find a Fuente Between The Lines, we believe you’ll enjoy it. 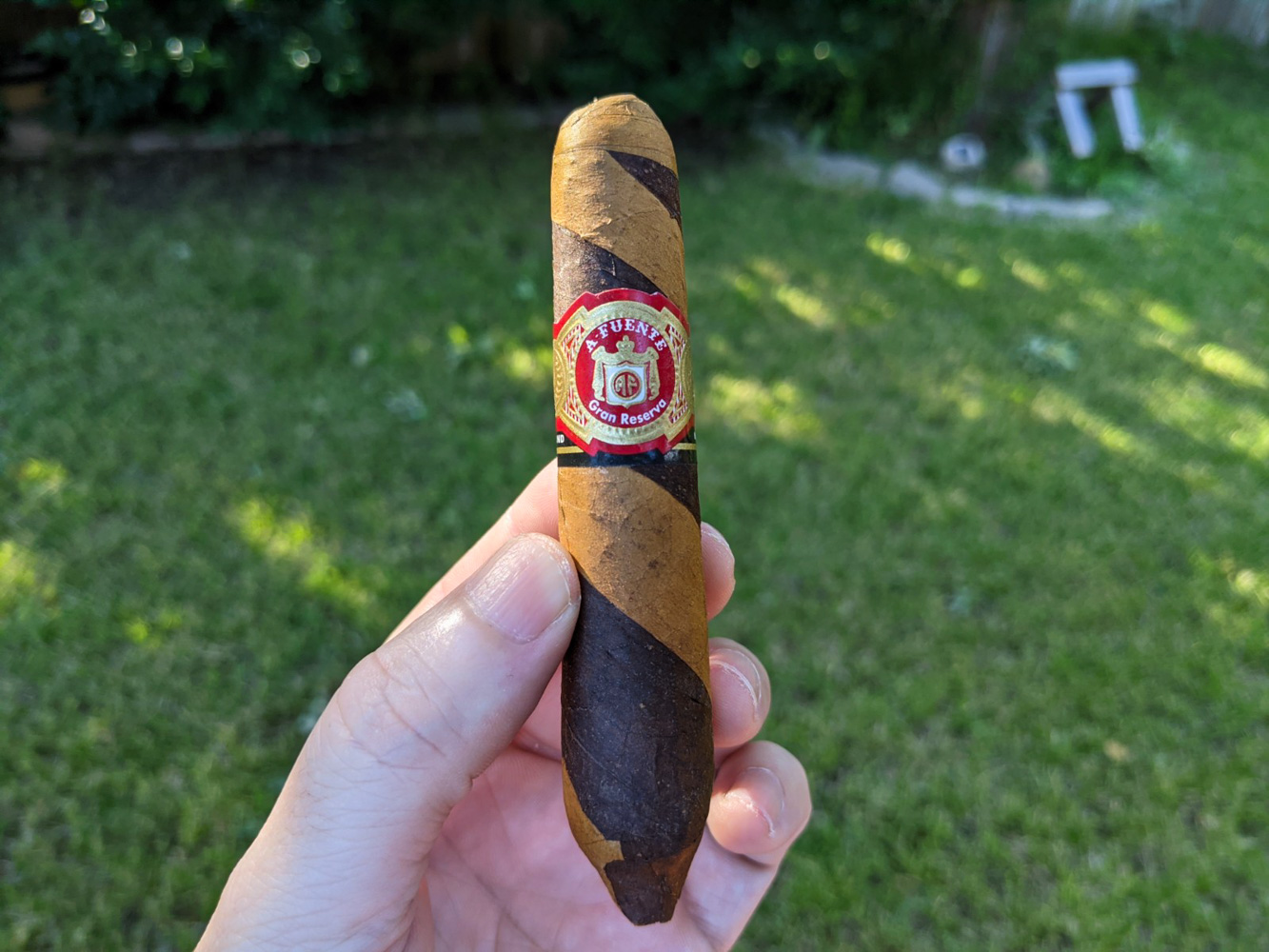 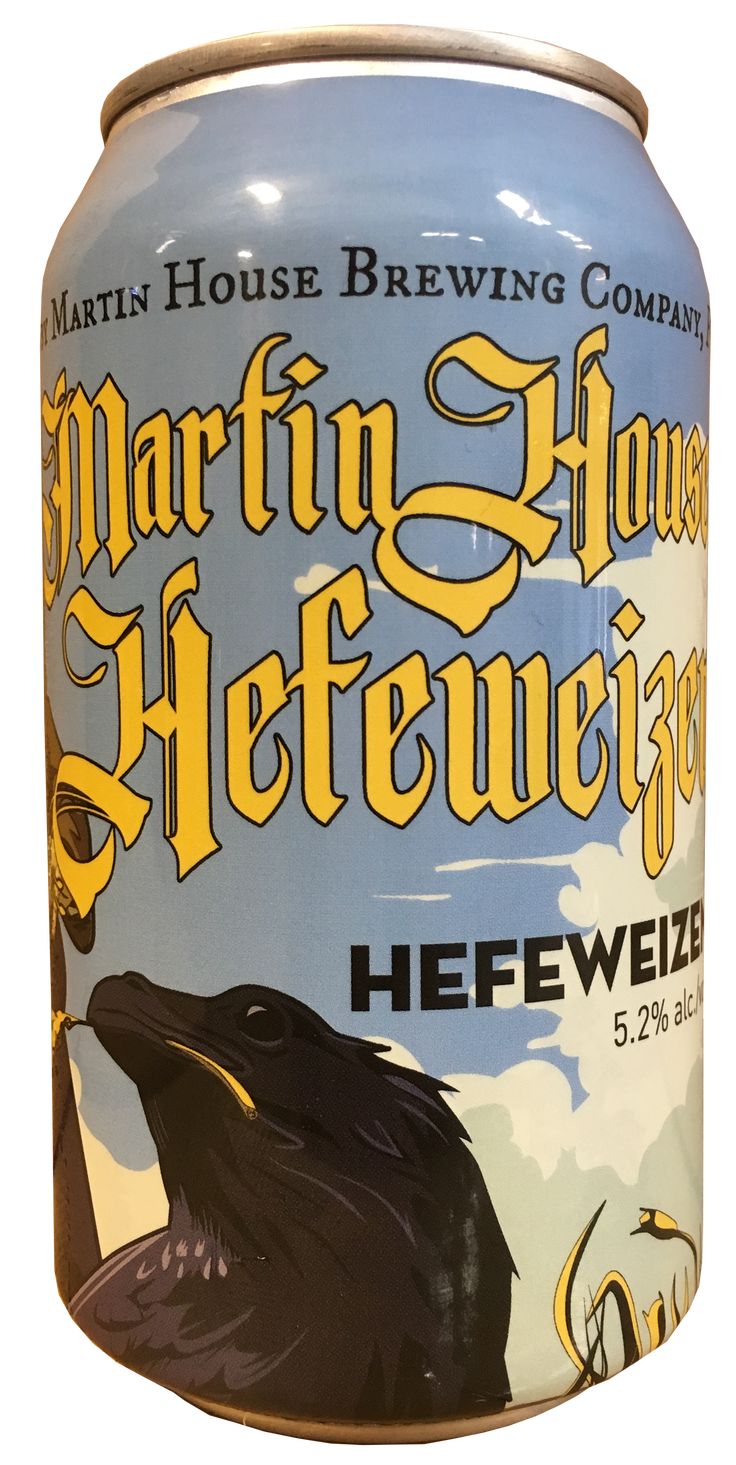 While Yak Boy highly suggests the Martin House sour beers, The Doctor went for their Hefeweizen offering tonight and it did not disappoint. The German style wheat beer comes in very low on the IBUs (under 10%, which is why you’ll never catch me drinking one) and the tasting notes primarily come from the yeast which bring in heavy flavors of banana and cloves. But forget all that, we all LOVED the artwork on this can of beer. 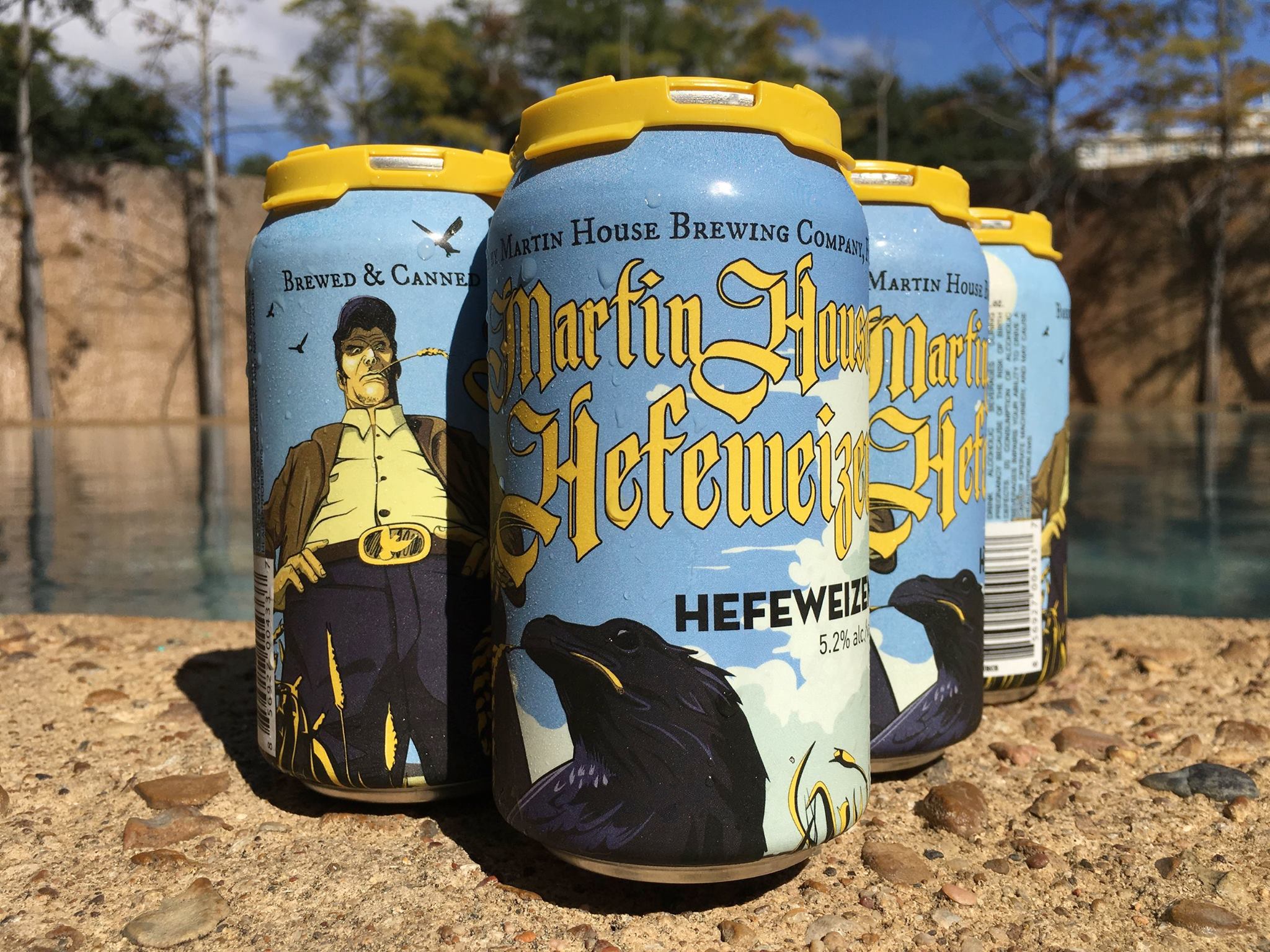 I find many of today’s craft beers boring and obviously redundant in their artwork and this puppy really showcased traditional, artistic, and just plain beautiful graphics for once. The Doctor liked the beer just fine and the beer can artwork is the forerunner of our Beer Can Artwork Of The Year Award! Which isn’t an actual award… 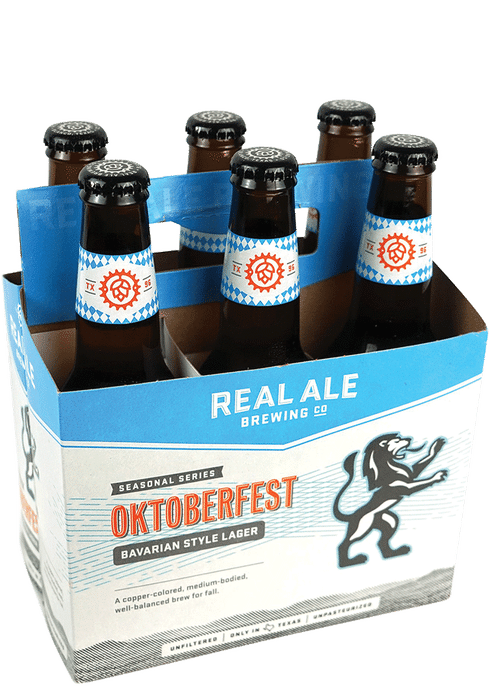 This is a German style Marzen beer and it made Tut want to strap on some lederhosen and a cowboy hat and go nuts. How’s that for an endorsement?!?! While it’s not as meaty as some other Oktoberfest offerings, the maltiness is there for sure and he dug it. And it is October so I guess it pairs thematically as well… 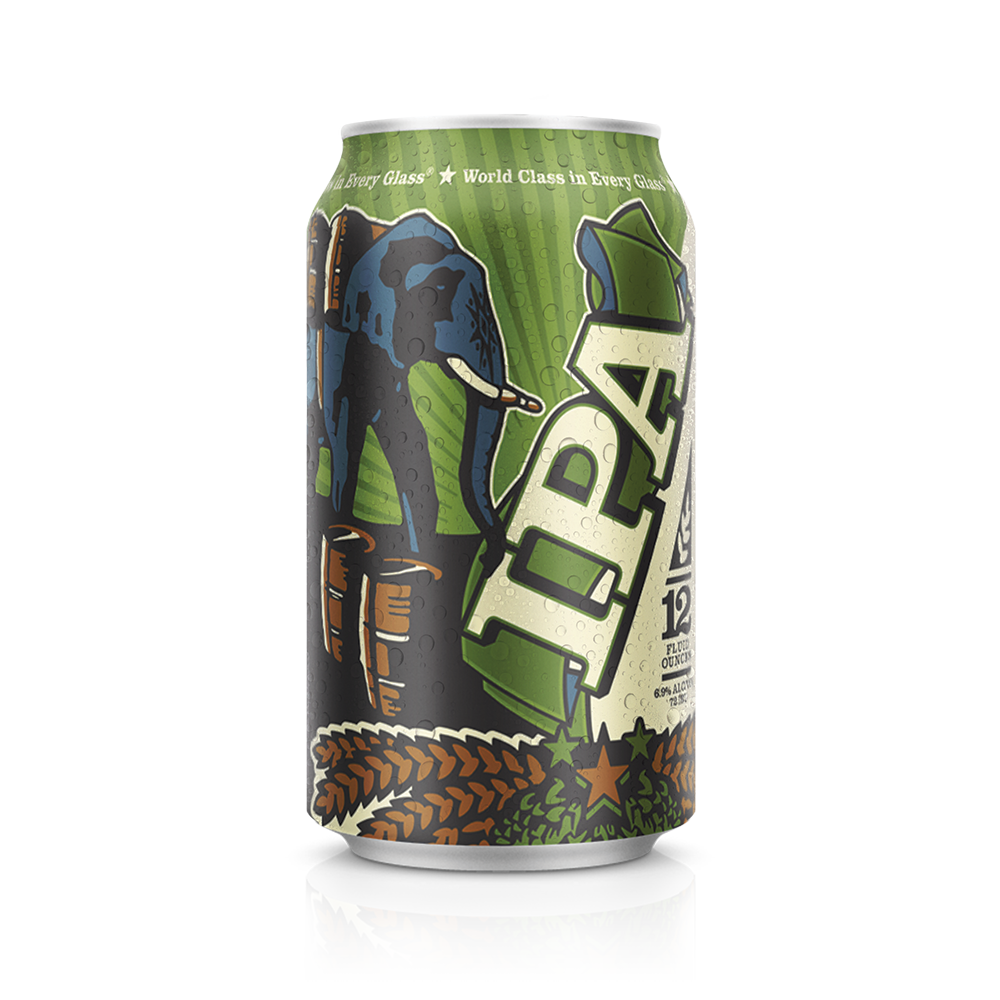 Wait a second, our movie tonight takes place in Nebraska! I guess I win the cherished pairing award this evening! My prize… another beer! It’s a very delicious beer with super high hop bitterness (they say 72, I say 63 but it’s probably somewhere in the middle). Mild citrus, tiny bit of pine, with nice floral elements on the nose… this is one super balanced highly drinkable IPA and, bonus, it won’t get in the way of your cigar at all. He Who Walks Behind The Hops would love this beer. So seek this one out pronto! 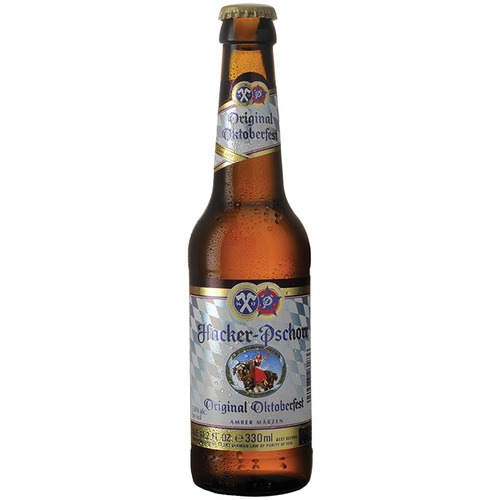 Hacker-Pschorr, one of the original 6 Munich breweries, concocted this beautiful brew and Yak Boy liked this beer which originated all the way back in 1417 BC very much. That’s right, this tasty shit is fucking old. And, not surprisingly, it’s fucking good! This beer has been brewed twice as long as our fucked-up country has been in existence so wrap your brain boxes around that one. And this bready beer also didn’t interfere with the cigar one bit so it will make for a good pairing partner if you can find this sucker in your local ice cooler. 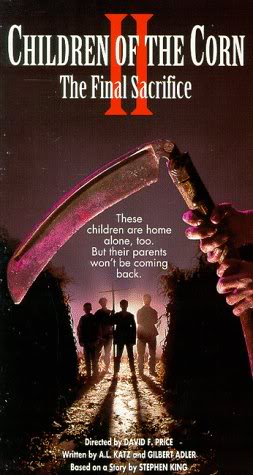 Why it took them almost a decade to make a sequel to the first Children Of The Corn I’ll never understand but once they got started… well that sequel train is still choo-chooing along to this day almost thirty years later. They’ve made damn near a dozen of these things (with tonight’s entry being by far the cream-of-the-crop). Tonight’s film takes place directly after the original Children Of The Corn in 1984 so, technically, we’re featuring a period piece tonight. Look at us all classy and shit! 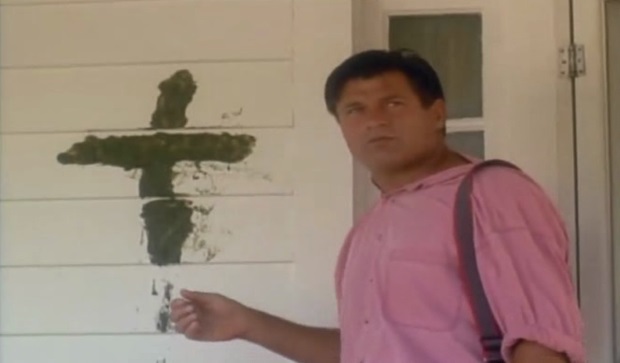 You know who’s not classy at all? This buffoon who is the least likable “hero” we’ve ever featured on the show by far…

Ok ok, so a lot that takes place in the Children Of The Corn movies doesn’t add up or pass the sniff test upon initial viewings BUT sometimes you just have to chalk it up to “the supernatural” and have a good time with it. And this flick definitely provides the good time and, as always, we make it a GREAT TIME by tearing this movie apart piece by piece in our own special way. 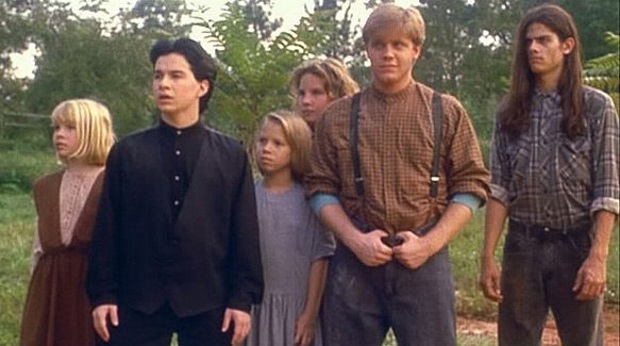 If you found this group of homicidal Amish kiddos loitering on your front yard would you ignore them or tell them to scram and get the fuck back on the oatmeal box?

AND, because of this damn movie, the Tuesday Night Cigar Club almost breaks up tonight in a bitter drunken feud over Dockers pants. You won’t want to miss that! So make yourself a drink, click the links below, and get ready to laugh! And when you’re done please revisit The Doctor’s 2016 review of the film to see how our collective thoughts compared to his own. I’ll bet you an ear of corn that there’s at least one thing we all agree on as an outstanding moment in tonight’s movie… 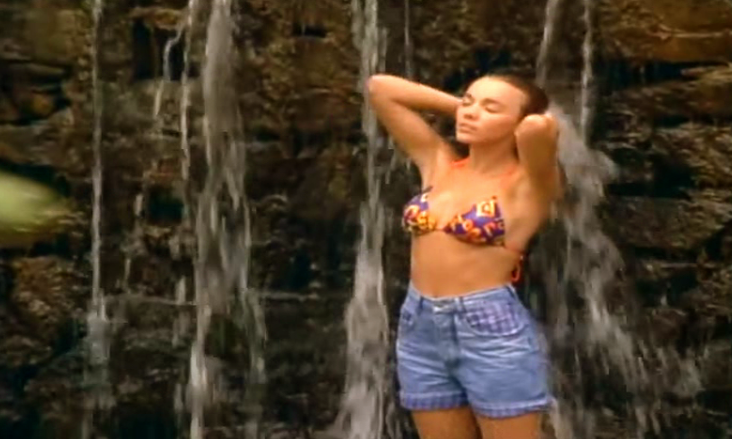 SPOILER ALERT: This is the outstanding moment. 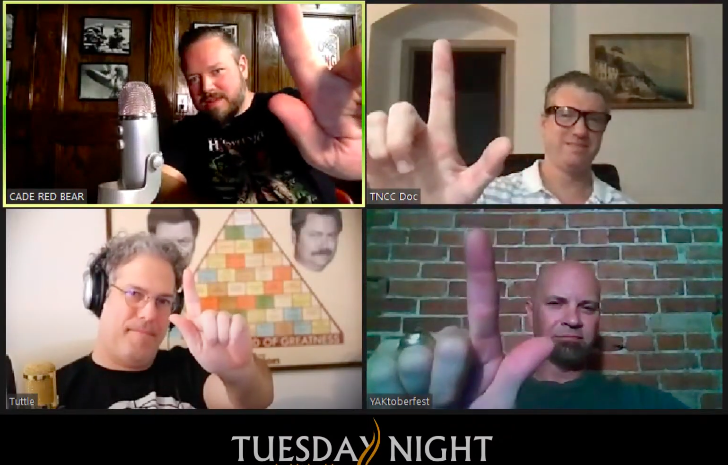 Book Review – “Runnin’ With The Devil” by Noel Monk