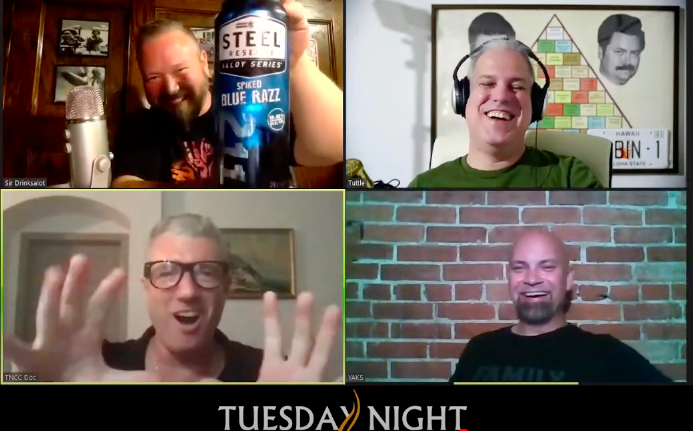 “Some say that the yellow rose of Texas bests the bells of Tennessee, but after three of four Blackberry Steel Reserves I met the Yellow Rose of Shreveport and she was good enough for me…”

Boy oh boy, are you folks in store for a fun ride tonight! The TNCC crew is firing on all four drunken cylinders this evening and the end result is one hell of a good time. Don’t believe me? Well click the links at the bottom of this page right now to JOIN THE FUCKIN’ PARTY!!!

Size: 4 3/8 x 52 (short robusto)
Wrapper: Ecuadorian Sumatra
Binder: Nicaraguan
Filler: Nicaraguan
Price: $10.00 (And please remember when purchasing some Tatuaje or other fine premium cigars from FamousSmokeShop.com to use your new favorite promo code TNCC20 at checkout where it will knock $20 off your purchase of $100 or more)

I selected tonight’s cigar for two reasons. One, we haven’t featured many cigars with a Sumatran wrapper lately and I tend to enjoy that particular wrapper so there’s that. And, two, the name T110 reminds me of some of the earlier Terminator models and tonight’s film does feature – SPOILER ALERT – time travel so that makes for cigar pairing brilliance if I may so so myself. Which I just did. 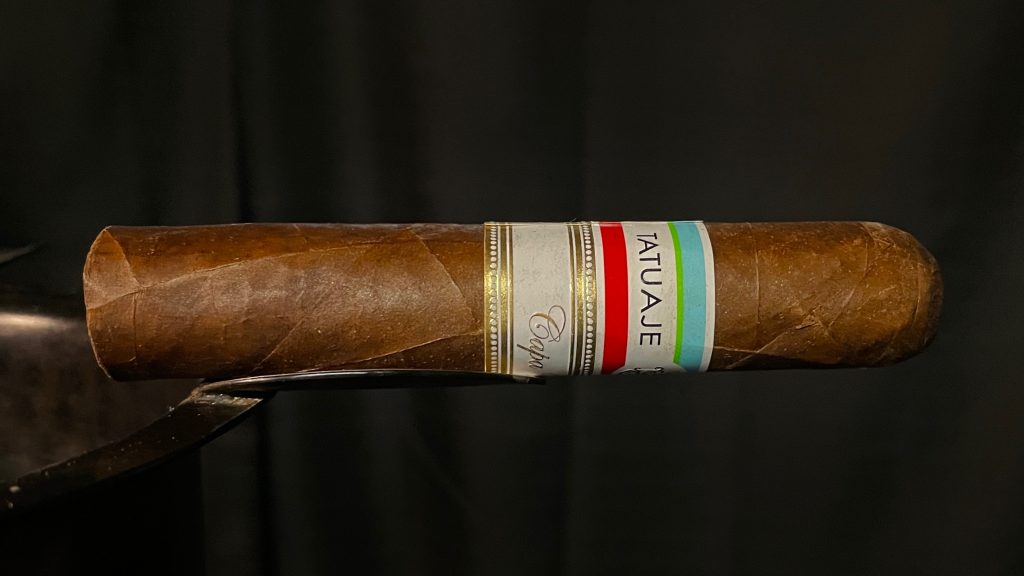 The T110 showcases a sexy, smooth wrapper that really draws you in both visually and texturally. Running your finger down the body of the cigar, the sensation is similar to the feeling of a well-worn leather jacket. While the aroma off the wrapper is primarily earth, the cold draw reveals notes of tea, floral, and mildly sweet raisins. 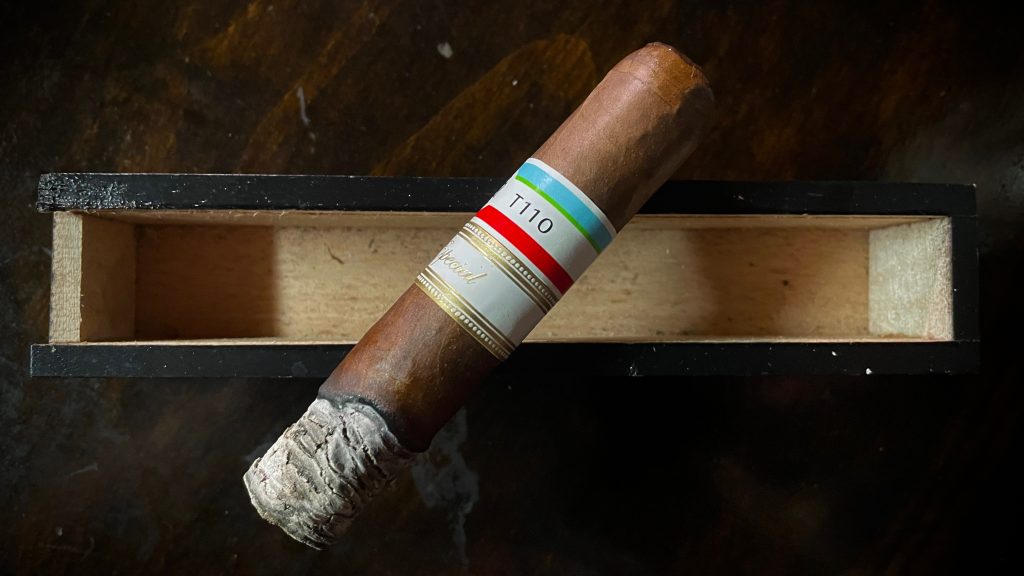 Once we set fire to this cute lil’ bastard, there’s a nice pop of black pepper through the nose and a woodsy bold cedar flavor via the draw. As the T110 settles in, a faint cocoa powder flavor develops on the backend of the cedar. Around the one inch mark a toasted breadiness joins the black pepper on the retrohale and it somewhat tames the overall spice kick. Construction is excellent with a smooth draw and a razor sharp burn line. 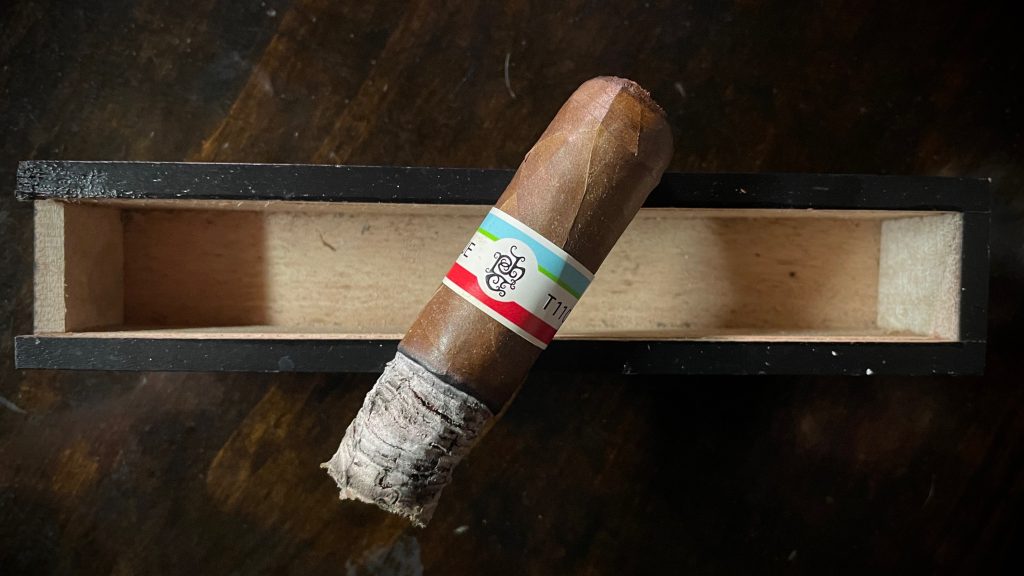 That toasted bread note from the retrohale now appears on the draw as well in the second half of the smoking experience and it vibes very well with the still highly prominent cedar. Most interestingly, a unique metallic flavor shows up at the start of the final third and it also plays very nicely with the existing overall profile. And NO I wasn’t tasting metal because I chugged an entire can of Steel Reserve malt liquor at the beginning of the show, Tut sensed it as well and his pansy ass didn’t drink any Steel Reserve this evening – so there. 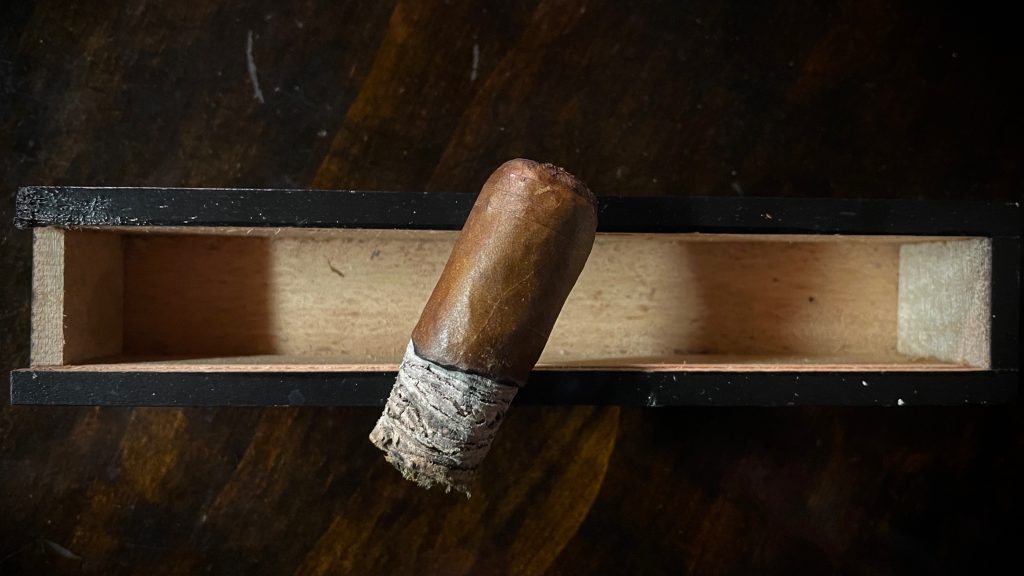 The T110 Cape Especial is a complex, interesting little cigar with nice transitions and excellent construction on all fronts. Smoke it slow, be patient with it, and you’ll get some really cool stuff as a result. So if you can track one of these tasty bastards down we highly encourage you to DO IT! 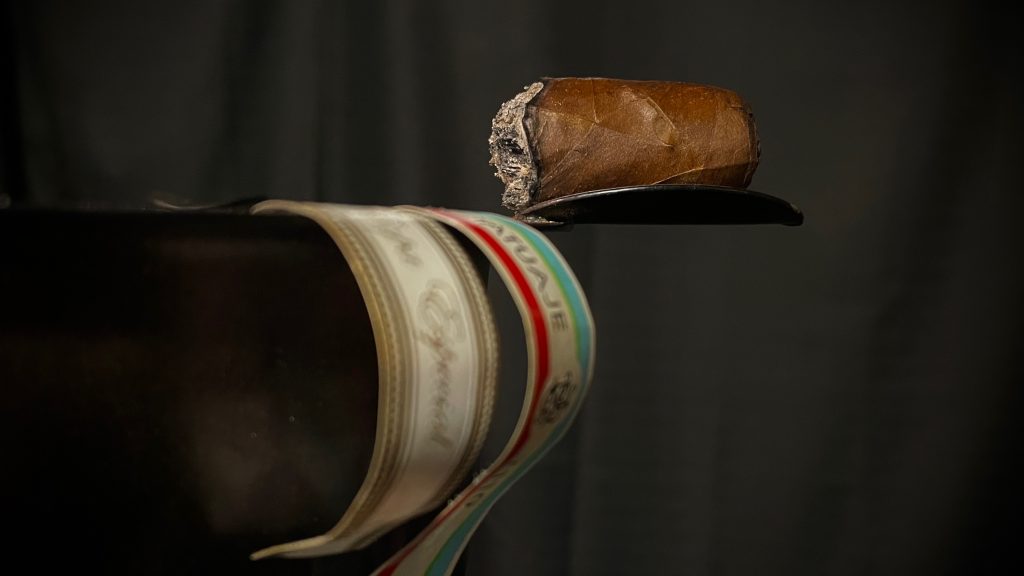 We start our beer segment off tonight on a very somber note as the news just came down that our beloved malt liquor mistress Steel Reserve 211 is being discontinued. After two decades of fueling some of the TNC’s most insane adventures, it was only fitting for us to deliver a proper eulogy and fill The Boot Of Remembrance in its honor. 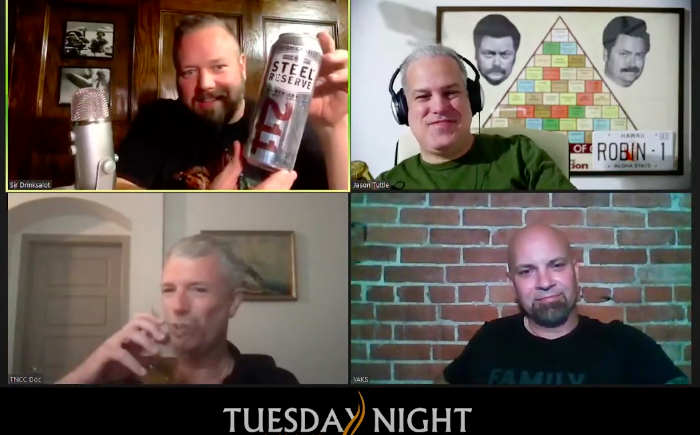 Adios old friend, you will be missed… sort of… 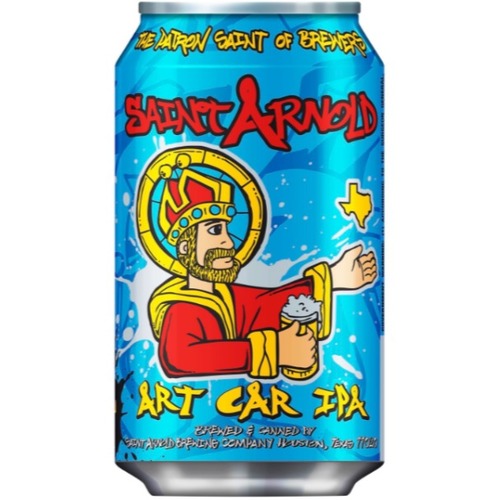 At 7.2% and 55 IBUS, this IPA from the oldest craft brewery in the great state of Texas is straight-up delicious and highly refreshing. The Art Car features a nice citrus aroma of oranges and papaya and while there’s a touch of maltiness on the front end it’s all smooth hop delivery with just a touch of floral notes from there on out. That floral component played very nicely with tonight’s cigar and the rest of the beer’s flavors stayed in their own lane, so as a cigar pairing beer this worked out nicely (although Tut did feel that the hops augmented the cigar’s cedar flavors somewhat, which certainly isn’t a negative). Seeing as how I selected this beer because we are discussing an ART film tonight that primarily takes place in a CAR and Tut selected this beer only because he knew that I had chosen it earlier, well, here are our individual pairing grades…
CADE’S PAIRING GRADE: A+
TUT’S PAIRING GRADE: D+ 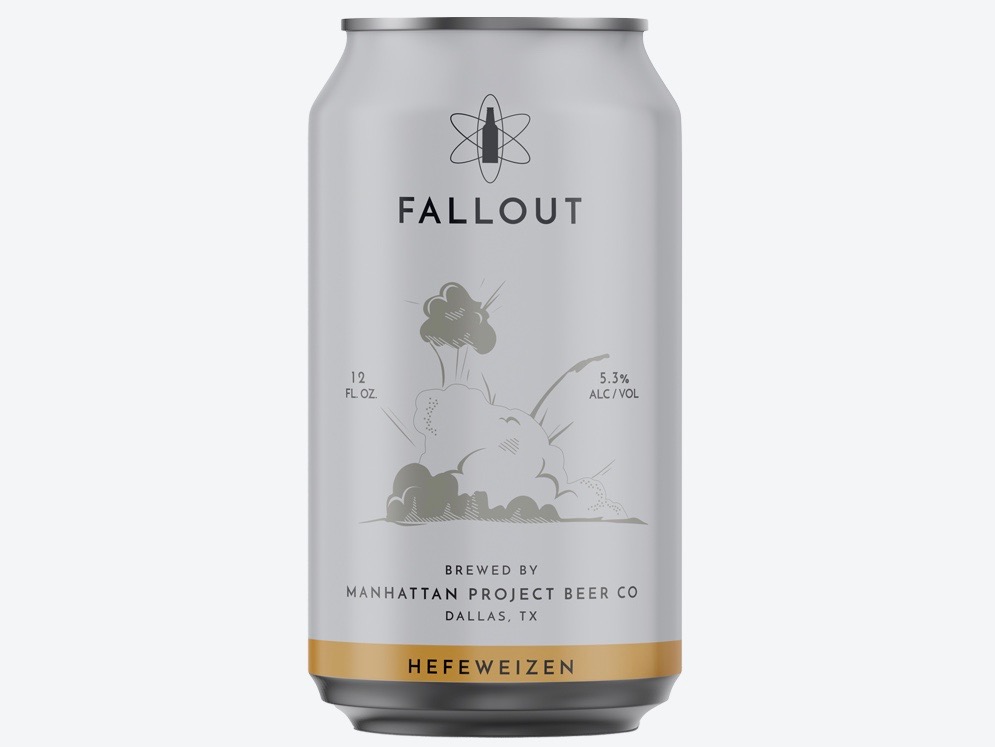 At 5.5% this light, crisp “golf course beer” is exactly what The Doctor prescribed for himself on this hot as hell Texas evening. And while Doc is unable to smoke with us currently on the show, he did diagnose the Fallout Hefeweizen as a “really good food pairing beer” to go with some pizza and or wings, so keep that in mind as our beloved football season rolls out! Some times folks experience a fall out from the consequences of their negative actions and we do indeed see quite a bit of this in tonight’s film so… sure, we’ll just go with that…
THE DOCTOR’S PAIRING GRADE: C- 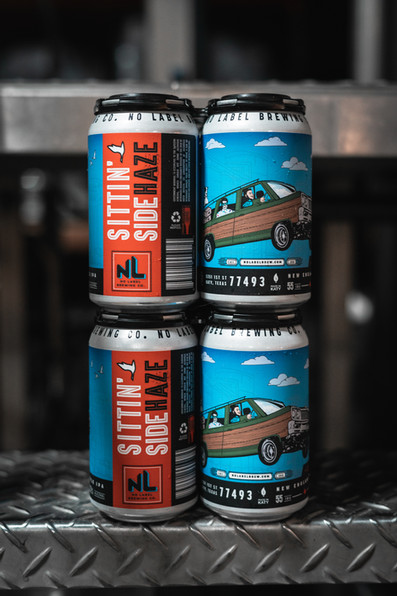 The 6.7% and 55 IBUs Sittin’ Sidehaze Hazy IPA does feature a car on the can’s artwork, the family truckster from National Lampoon’s Vacation to be exact… so it does barely fit in with tonight’s movie. Key word barely 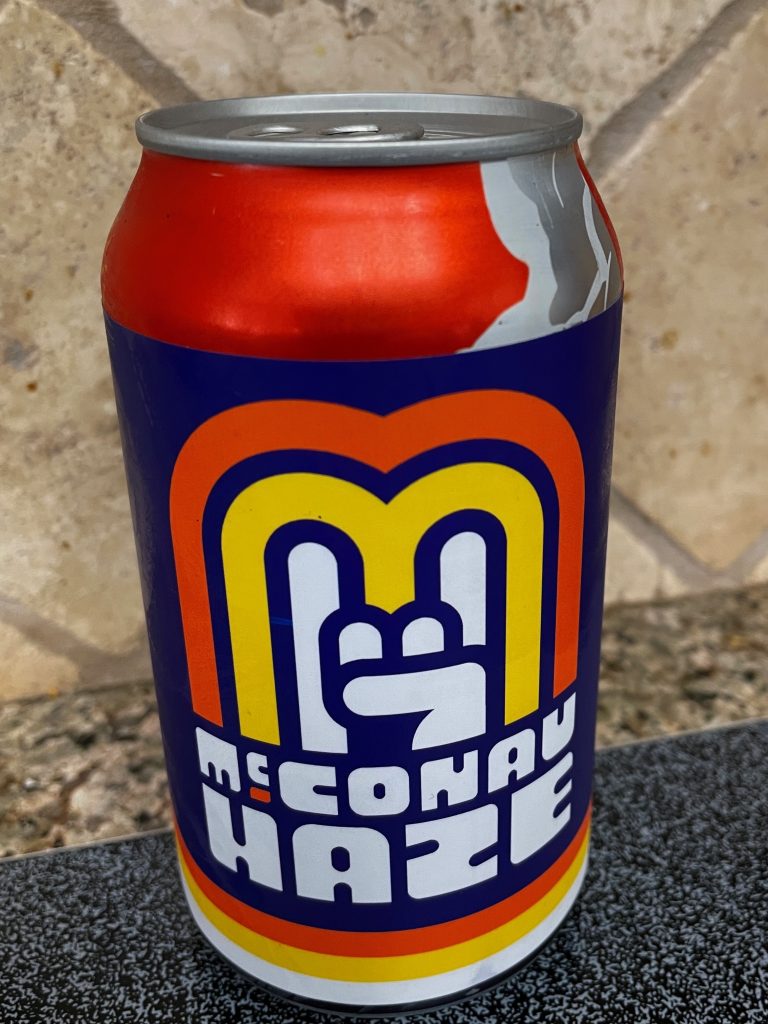 Speaking of having absolutely no business pairing with tonight’s film or cigar, Yak Boy’s second beer failed on those fronts even worse than his first selection! But it did lend itself to us making some hilarious Matthew McConaughey impressions so I urge you to keep your earholes open for that pure comedy gold. Yaks did report that much like his first tasty Hazy IPA, the McConaughaze was “delectable” and they both didn’t interfere with his smoking experience whatsoever.
YAK BOY’S COLLECTIVE PAIRING GRADE: F+ 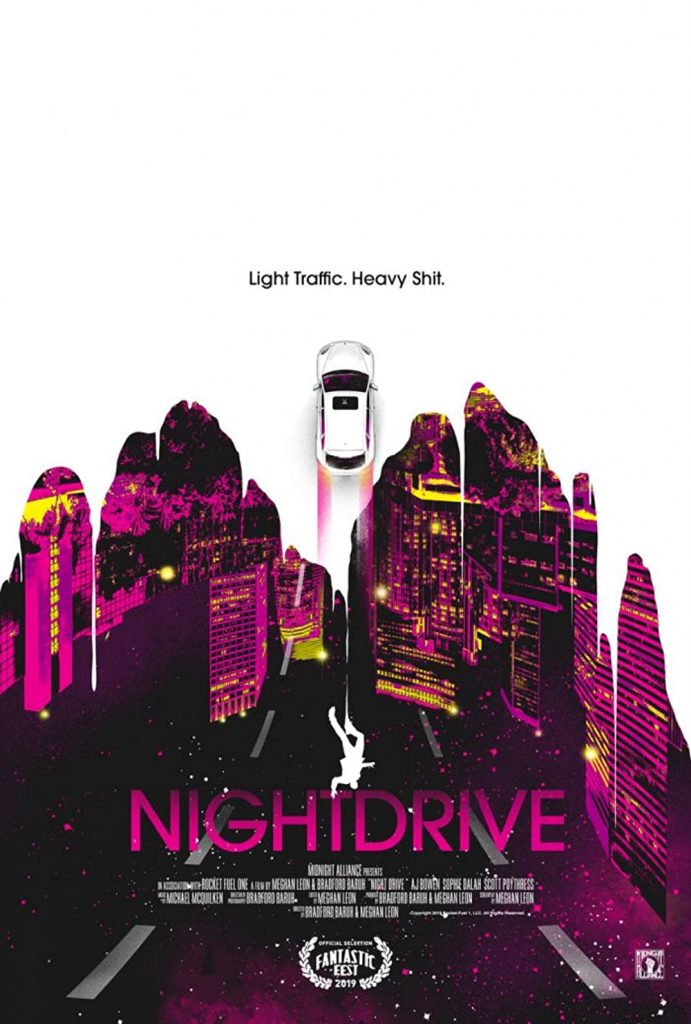 Tonight’s highly entertaining and extremely well-crafted film Night Drive does many things very well. But what surprised me the most about this unique little movie is how successful it works as a pure character study of how people my age often communicate with the next generation. We’re Generation X who has always just wanted to be left the fuck alone and they’re Millennials who just want to constantly be heard about everything on their minds all the fucking time. And that dichotomy is represented brilliantly here and, often, with hilarious results… 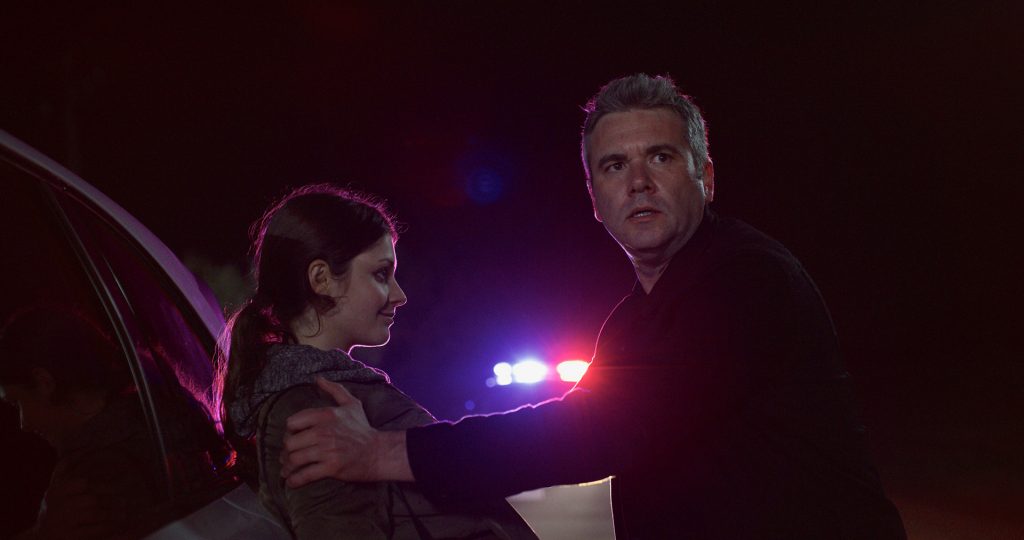 Is AJ Bowen the best actor of his generation? I think so.

And much of the success of this film is due to the performance choices of the most underrated actor working today – AJ Bowen. Bowen creates a whole character here that takes an already smart, clever screenplay and brings it to life in ways that I’m not sure any other actor could. That’s how big a fan of this guy I am and, I’ll wager, that after you watch or listen to our show below and then (hopefully) check out Night Drive for yourself that some of y’all will agree with me. And that’s all yours truly is going to say about the film here on this page, we take a deserved deep dive in to all the aspects of Night Drive so get clicking those links and enjoy the conversation! 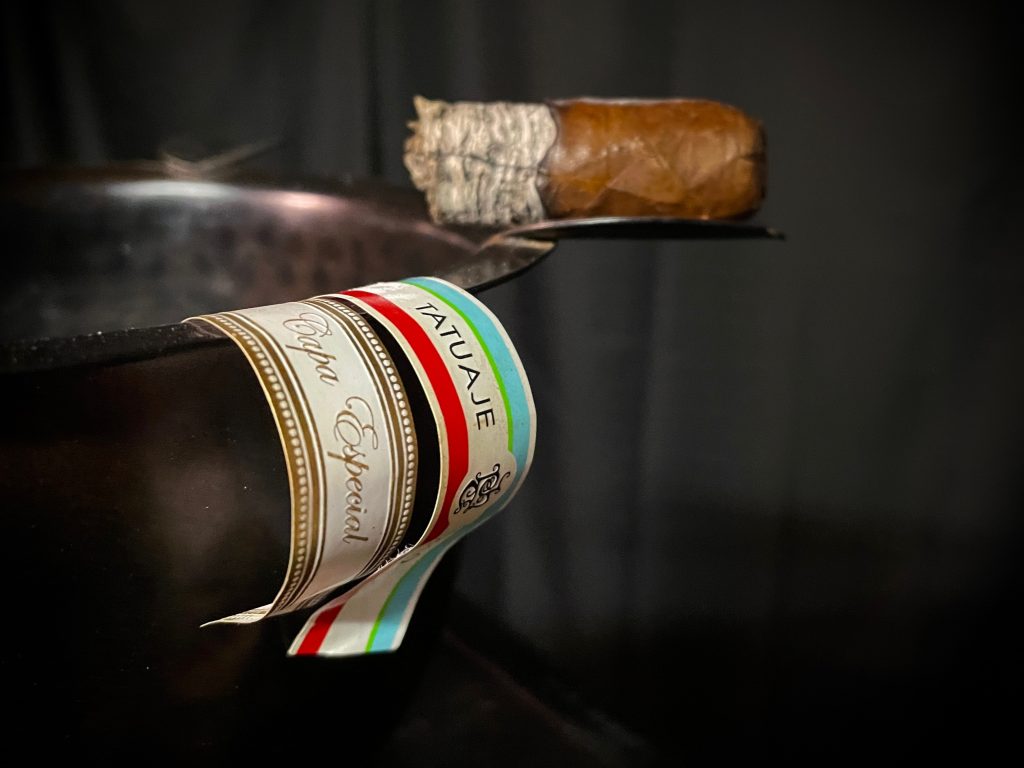 Please leave us comments on the YouTube episode page and 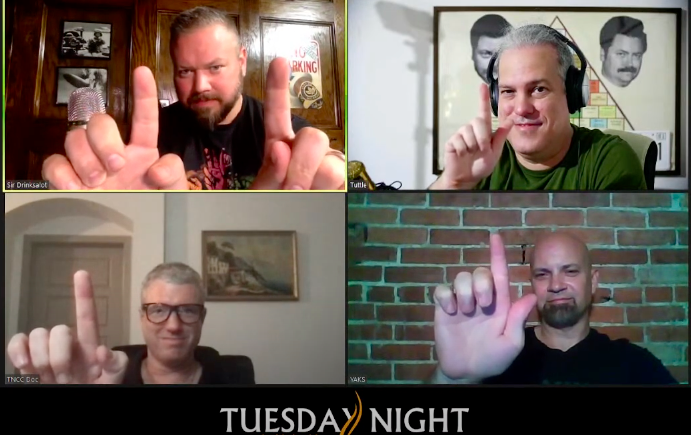