Jesus, even if Mandy and Claire were in a shark cage and beckoning me like a pair of beautiful mermaids... I’d still need to be drunk. 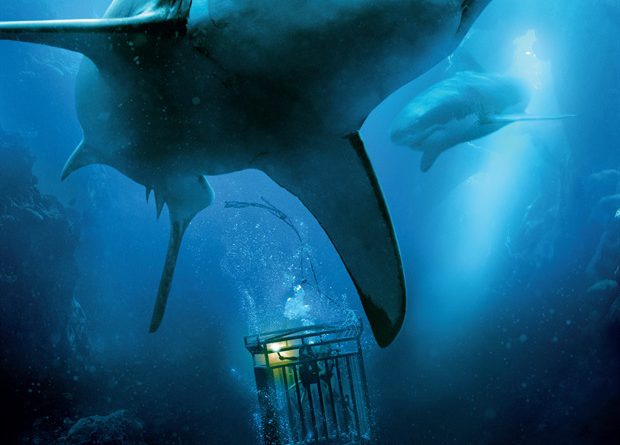 Just when The Doctor thought it was safe to go back to the movies… I have a bone to pick that has nothing to do with the actual film, so I will place my grousing in a footnote for those who are interested * 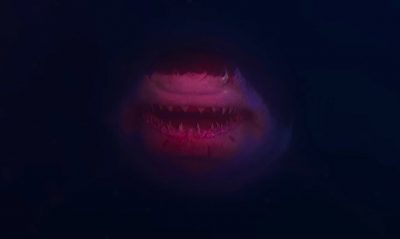 He’s sort of smiling, so I am sure everything is going to be just fine…

An authentically scary horror movie is often a personal exercise in masochism. They possess the capability to terrify me, but because I find them so thoroughly enjoyable I willfully (and repeatedly) submit myself to their macabre designs. This is doubly true for shark movies, and so it was with 47 Meters Down. Certain folk will mock the very notion of shark movies, and while it is true that some of them deserve to be snickered at – like every one of the Sharknado sequels for example – The Doctor always gets drawn in like a drunken fly to the spider’s web. Perhaps this is because I share many characteristics with a drunken fly. Anyway, to avoid being derivative, please see last summer’s review on The Shallows for further details. Let’s take the plunge! 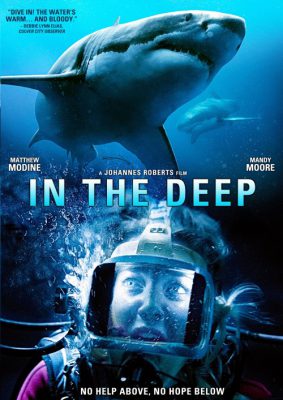 Two sisters are on a getaway vacation in Mexico when the story opens, lounging in the pool of a seaside resort. Lisa (the always fetching Mandy Moore) is dealing with post-breakup catharsis, while her younger sister Kate (the equally sumptuous Claire Holt of Vampire Diaries and The Originals) is trying to cheer up her older sister with some fun in the sun. It is imperative in any tale of terror that we are treated to a humanizing back story in order for us to form an emotional attachment to the characters, and although there is nothing wholly original with this exposition it more than serves its purposes. Kate drags Lisa out on the town where they have drinks with a pair of Mexican studs who tell the girls about their regular weekend shark cage adventures. Lisa is reluctant at first, but Kate talks her older sister off the ledge and into the cage, so to speak. If this sounds like a bad idea, that’s because it most certainly is. 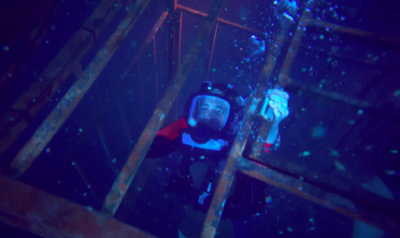 In what universe does this seem like it would be fun?

I’ve gone on public record stating that I would never swim in the ocean and I stand by that statement. I’ll leave the oceanography to my marine biologist friends. And as far as getting into a shark cage is concerned, fuck that! The only conceivable way that I might enter a shark cage in the Gulf of Mexico is if Mandy Moore and Claire Holt were getting into the cage with me, sans clothing, and since that luscious fantasy is never going to come to fruition for The Doctor I feel fairly safe in reiterating my stance. Jesus, even if Mandy and Claire were in a shark cage and beckoning me like a pair of beautiful mermaids, I’d still need to be drunk.

The boys introduce the girls to Captain Taylor (an unshaven Matthew Modine) and we are off to sea. I’ll spare you the jokes about Matthew Modine maybe having changed his name to Captain Taylor and that this is his job in real life and he didn’t know that a camera was on, et cetera. I’ve always liked Modine, I don’t know why I have to be an asshole. The water is chummed to attract the sharks, and the big bastards shortly arrive. I will give credit where it is due: the sharks look great in this movie. The filmmakers are obviously well versed in the time-honored adage that Less Is More when it comes to movie sharks, so rather than subject the viewer to bad CGI creations that cease to be scary, we only get enough to make us produce wee in our trousers. Then again, perhaps that was just me. Perhaps I have spoken too much.

The sharks in 47 Meters Down were fairly realistic. I may or may not have tinkled.

We know what happens next: the winch holding the rusty shark cage snaps and the girls go plunging down before hitting the floor at a depth of 47 meters. They only have so much air in their tanks and its afternoon snack time for the hungry great whites. We are also informed that the girls are now too far deep to make hell-for-leather for the surface; the only way to avoid contracting The Bends (a fatal condition involving nitrogen bubbles in the brain) would be to swim half way up and then wait five minutes to decompress before proceeding. Not an option with Jaws, Munchy, and Sir Bites-A-Lot loitering in the blue haze. Kate still has to leave the cage in order to make radio contact with the guys on the boat and to retrieve dropped equipment. Knowing that the great white beasts are swimming around in the murky, near visionless depths ratchets up the tension meter to about a 26 on a scale of 1 to 10.

This film looks fantastic, with a good two-thirds of it taking place below the surface in the iridescent, cornflower blue waters off of Mexico. I felt the need to measure my breathing to stave off panic like our heroines and by the time the film reached its climax I had subconsciously torn my ticket stub into indecipherable shreds. I obviously love horror movies and do not count myself among the squeamish in any way. But that is one of the many enjoyable things about 47 Meters Down; you don’t need to drench a film in buckets of blood and visceral gore in order to make a good movie. (Sure, it helps, but it isn’t always necessary.) Make no mistake about it, 47 Meters Down is a scary flic.

Scenes like the one above had The Doctor clutching his chest.

Will the girls run out of air? Will they be eaten? Will Mathew Modine dive to the ocean’s floor and recreate his Vision Quest wrestling moves in a mano-e-mano death match with a 25-foot long great white shark with nothing less than the fate of the universe at stake? And did I sneak a half pint bottle of Grey Goose into the theater with me? I’ll never tell…

47 Meters Down gets Two Fins Up from The Doctor! Ah, I couldn’t resist. Even if you aren’t a shark movie aficionado like TNCC chairman Matthew Cade or myself, I think the movie is a winner. Great looking movie, high tension for 89 minutes and enjoyable performances from Moore and Holt. We are rooting for them from the beginning and that makes the events of the film that much more intense. And here is a picture of Claire Holt, just for the hell of it! 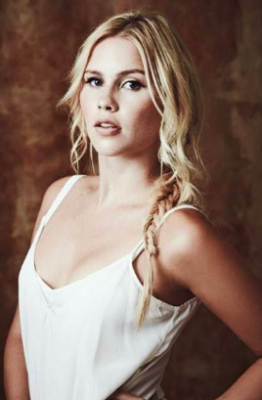 I suggest taking in 47 Meters Down at the first opportunity, but be forewarned: if shark movies frighten you, it might behoove you to wear a diaper. As always, The Doctor wishes you all a clean bill of health.

* It is not customary for me to whine about “how much things cost” and I generally ignore people who do, but there are exceptions to every rule and I will be making one for the bean counters who run AMC. Seriously, fellas? $11 plus change for a weekday matinee show? I won’t even complain about the $14 plus change for the small (stale) popcorn and Sprite. I mean, I can eat cheaper at the ballpark, but I said I wouldn’t complain about that. Oops, I guess I just did. Was I supposed to receive a free cigar with my ticket? I could have seen the same movie across town at the Cinemark for $4.75. And do you know why I could have seen the same movie at the Cinemark for $4.75? Because that is their rate for a weekday matinee, even during the summer when all of the snot noses are on vacation from school. And they have leather seating. And their popcorn isn’t stale. The only things I enjoy more than going to the movies are cavorting with the Tuesday Night Cigar Club and amateur birdwatching, so I won’t be changing How I spend my entertainment dollars BUT I damn sure will be changing Where. I happened to be in the neighborhood after making a house call and so the AMC seemed to make logistical sense. I will not be making that mistake again.