Were I ever to find myself in a body of water and see even a hint of something that resembled a shark’s fin I would immediately evacuate my bowels. I can only hope that this act would produce a viscous, potentially asphyxiating sludge cloud of waste that might serve as some sort of force field defense mechanism against the man-eating fish. 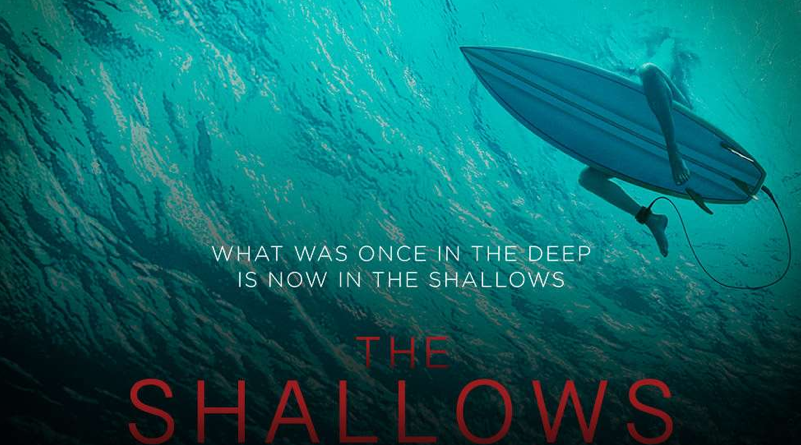 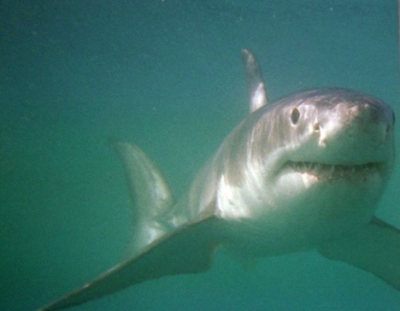 Ah, the wonderful universe of shark movies. Perhaps it is because I entered the world not long after Jaws did, but whatever the reason may be, throughout my life I have found shark movies to be both endlessly entertaining and also terrifying on a level that is, quite frankly, uncouth and boorish to describe. In short, were I ever to find myself in a body of water and see even a hint of something that resembled a shark’s fin I would immediately evacuate my bowels. I can only hope that this act would produce a viscous, potentially asphyxiating sludge cloud of waste that might serve as some sort of force field defense mechanism against the man-eating fish. The Doctor doesn’t travel alone. TNCC founding father Matthew Cade shares my affinity for shark movies as well as my overwhelming fear of being eaten. In fact, we won’t swim in the ocean, a personal philosophy that I feel so strongly about that I will pay $1,000 in green cash money to anyone that successfully gets me to swim in the ocean. DISCLAIMER: Kidnapping The Doctor and throwing him into the water does not count. I have to go willingly. 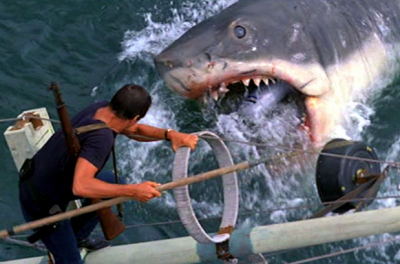 Of course the pinnacle shark movie is Jaws but that’s like saying Mickey Mantle played baseball. Jaws remains a masterpiece of film in every aspect and one can appreciate its brilliance without necessarily being a fan of the shark movie genre.

Spring Break Shark Attack, Jersey Shore Shark Attack, The Last Shark, Jaws 2, Jaws 3:D, Jaws: The Revenge, Deep Blue Sea, Shark Attack 3: Megalodon, Swamp Shark, Open Water, DinoShark, Happy Hooker Goes Shark Hunting—wait, that last one is a short story I’ve been working on. You get the point, though. There are numerous other films that I didn’t mention for the sake of levity. I left out Sharknado on purpose; the first one was entertaining, the sequels, well, if you can’t say anything nice… 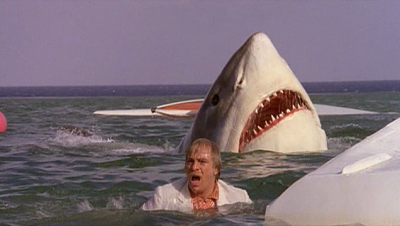 The terror of being eaten by a large animal is frightening by itself, but there is something about the depths of the ocean and what lies beneath that gives me the willies. You are no longer on the top of the food chain, and you aren’t winning any fights that you may happen into. These are the conditions that make shark movies so appealing.

Which bring us to The Shallows, the recent summer release by Columbia Pictures that stars the lovely Blake Lively of Gossip Girl fame. The film’s trailer divulges the mostly uncomplicated premise. Lively plays Nancy, an experienced surfer visiting a secluded beach somewhere in Mexico where she is wounded in the leg by a great white shark. She manages to find refuge on an outcropping of jagged coral rock some 200 yards from the shore. Nancy is a medical student (but of course she is; one of my few nits to pick) so she is able to perform some rudimentary stitching on her leg wound, but she is still injured and without food or drinkable water. This is the least of Nancy’s problems, however; at some point within the next 24 hours she will be faced with high tide, a condition which will temporarily submerge her coral safety post and turn her into shark food. Will anyone come along to help? We are informed at the beginning that Nancy did bring a friend, but said friend is hungover and doesn’t make the trip to the beach. What is our heroine to do? 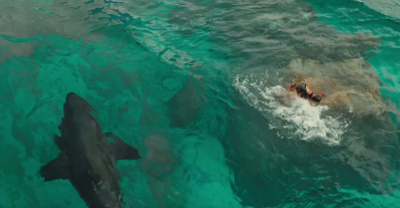 Lively’s performance certainly garners praise; there isn’t a lot of dialogue once she gets into the water, save for when she talks to herself or her only companion, a waylaid seabird that she nicknames Steven Seagull. Otherwise we are left with her range of expressions and her wounded physicality, and in my opinion she delivers in spades. I don’t believe that it is sexist or male-piggishness to say that Blake Lively has an awesome body; The Doctor is merely stating fact. She isn’t just sexy, but also lithe and athletic. If anyone can find a way to survive this ordeal, it’s Lively’s Nancy. But she is injured, and swimming two hundred yards through choppy surf and breaking waves would be an ordeal for anyone without a serious leg wound. 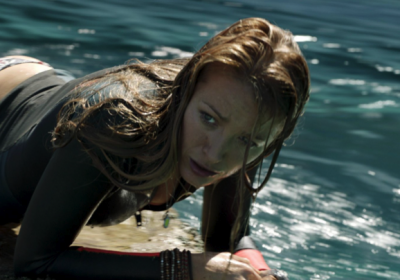 Blake Lively as Nancy in The Shallows. She is safe for now, but the tide is rolling in and Munchy is out there waiting.

The cinematography is top notch. Even in what is basically a small cove encircled by short cliffs we are reminded of the vastness of the ocean and our own extreme insignificance in relation. Once Nancy paddles away from the shoreline and begins dipping under the swells, you can feel the tension begin to rise. And therein lies the reason for my recommendation to see The Shallows. It is strictly coincidence that this is the second review in a row by The Doctor of a horror movie featuring an isolated but tough as nails woman. As with Hush, you are drawn into the world of the strong heroine, quite literally. I felt like I was paddling on a surfboard next to Lively from the get go, and every time she entered the water I felt a lump in my throat (as stated previously, if I had really been in that situation the lump would have been in my drawers, and I don’t mean the front.) At some point we know through foreshadowing that Nancy is at least going to make a run for a nearby buoy and that is when things really jump into another gear. However, I like to keep my reviews spoiler free, so we’ll just have to stop right there. Go see The Shallows. Hopefully it will still be in the theaters when you read this and you can check it out on the big screen. 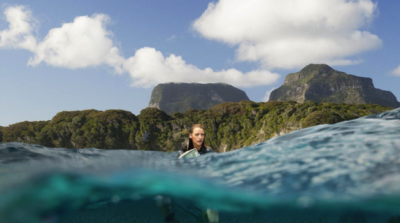 A great camera shot from the water line before the shark arrives.

There is one final thing I would like to mention, and it isn’t really a fault of The Shallows. I hate CGI effects, but that’s akin to hating asshole politicians; they’re ubiquitous and they aren’t going anywhere, so you’d best make what peace you can. The days of Steven Spielberg and his crew having to lunk Bruce the Shark down to the waters off of Martha’s Vineyard and then watch the mostly useless bastard sink to the bottom of the sound are long past, so CGI it is. It is tempting to wonder what special effects Hall of Famers like Rob Bottin or John Dykstra might do given the opportunity, but I suppose that there are too many inherent difficulties with an animatronic shark that is being dunked in salt water. You can read Carl Gottlieb’s The Jaws Log or watch the Jaws behind the scenes features with producers Daryl Zanuck and David Brown to learn more. The CGI does have one positive in that it makes you that much more appreciative of Lively’s performance; the “shark” in this case is probably some stuntman in a wetsuit that Lively is forced to play off of, the water equivalent of a green screen. That she does so with aplomb is to her credit. I look forward to what she chooses to do next.

Again, the offer stands: One thousand dollars in United States currency to the man or woman (the likelier bet) that can successfully entice The Doctor to swim in the ocean, any ocean, at any point on the globe. There are rumors, some verifiable, that I am occasionally given to strong drink and might be thusly susceptible, so consider that if you must. As always, The Doctor wishes you all a clean bill of health.