Only the most devout of longtime Smith fans will likely enjoy the flick, but it wasn’t made with anyone else in mind... 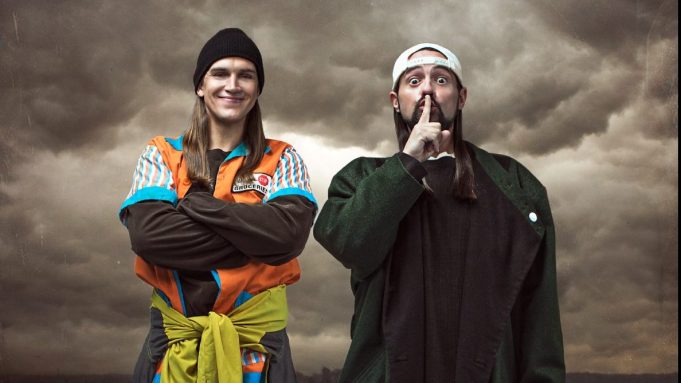 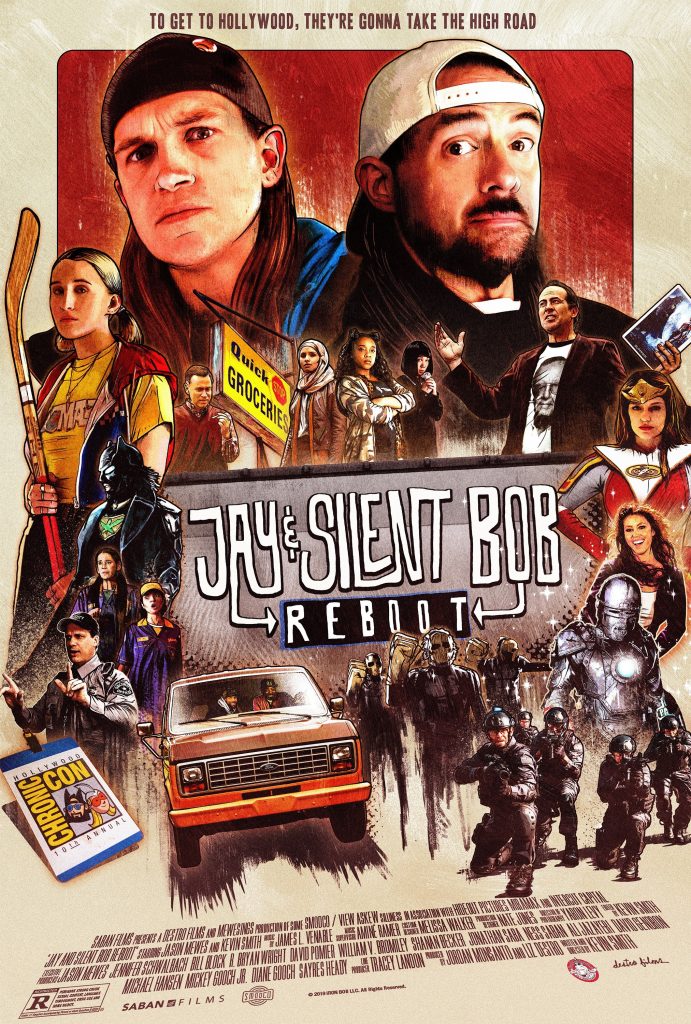 I am usually remiss to admit my age, but The Doctor confesses to belonging to the tail end of Generation X and therefore having grown up during the eighties and nineties. My soul hearkens for the days of resplendent shopping malls featuring darkened arcades, all of them nestled comfortably in suburban landscapes dotted with video stores… but I digress. Suffice it to say that I was the right age at the right time to be a huge fan – along with TNCC chairman Cade – of Kevin Smith’s classic films of the nineties. For those afflicted with memory loss, we are speaking, of course, of Clerks, Mallrats, Chasing Amy, and Dogma. I loved those movies and had copies of each on both VHS and DVD. Cade even owned them on Laser Disc, and we quoted from them liberally. My first real job as a teenager was working in a video store, so naturally I fancied myself as a Randall. I once owned a Snoogans skullcap and both Cade and I each still have a Buddy Christ statue in our respective homes. The zany road-trip adventure of Jay and Silent Bob Strike Back in 2001 was equally up to the task. Perhaps intended to be a final sendoff for Jay and Silent Bob before Smith went on to bigger and better things, the film delivered one hilarious situation after another and featured a pre-Anchorman Will Ferrell in a delightful performance as the clueless Federal Marshall Willenholly.

Smith’s further directorial work in the twenty-first century is well known to anyone who has followed his career*. He has received more than his fair share of castigation over the years by professional critics and erstwhile fans, so as an admitted unprofessional I am mostly disinclined to jump on the dogpile here. For what it’s worth, Cade and I both think that Red State is an interesting picture that probably deserved a wider audience, but we seem to be living alone on that island. The Tuesday Night Cigar Club actually did a podcast on Tusk back in our early days that you can locate here, and while our usual consumption of strong drink prevents The Doctor from recalling precisely what was said… I do remember that no mincing of words was involved. Heavy drinking movie buffs are guilty of a great many things, but generally not the hiding of our feelings. Speaking of which, I think I should refreshen mine glass.

All of which brings us to the recently released Jay and Silent Bob Reboot. Almost twenty years have passed, and Jay and Silent Bob are up to their usual misadventures. Everyone from the View Askew Universe is back in one form or another, from Brian O’Halloran to Jason Lee to Matt Damon. The “titular duo” lose the rights to use their names in a lawsuit and must once again begin a cross-country journey to Hollywood to stop the new film featuring their likenesses from being made.

The joy of these two lovable miscreants has always involved how they courageously – and somewhat innocently – plod through the modern universe. If the world outside of their insulated hometown was a bizarre place in 2001, then it certainly must be even more baffling two decades later for a pair of guys who still watch DVDs and go to the mall and need the concept of a film “reboot” to be explained to them by the always welcome and snarky Lee. I can relate to all of this. 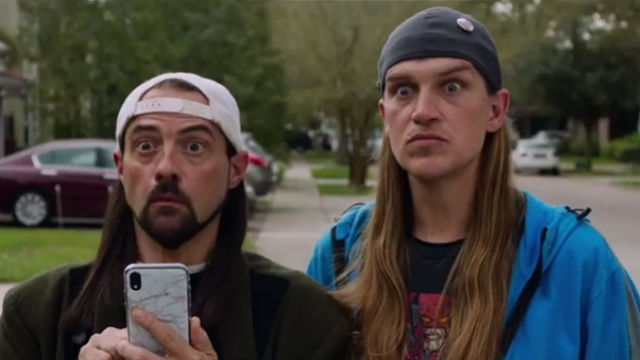 The proceedings had a promising start, but in my opinion, they got bogged down in the film’s middle-third during the road trip before reaching the Chronic Con film and comic book convention in Hollywood. I do not have any issues with the inclusion of Smith’s daughter Harley Quinn Smith in a major supporting role, as she can carry her own as an actress. The film just seemed too stagnate for me during the road trip, although there are some amusing bits involving millennial multicultural inclusivity as well as how men over forty might be perceived by younger women. There is even a tender moment or two concerning what it means to be a parent. Jason Mewes, aging slightly but not looking much the worse for wear, can still deliver his trademark staccato bursts of delightful profanity as the Jay that we have come to know and love.

Smith points fun at himself and his past films, something that he would have seemed unlikely to do in earlier years. He is a new man, however, having shed a considerate amount of weight due to lifestyle changes adopted after suffering a heart attack in 2018. In fact, Smith, who is now pushing fifty, appears to be moving into middle age rather gracefully, especially compared to some of the others involved.

There are scores of in-jokes that will not make sense to anyone who hasn’t seen Mallrats and Clerks repeatedly, but of course this is by design. Jay and Silent Bob Reboot is a tribute to old-school fans, the vast majority of whom are now grown up and living on the north side of forty in one capacity or another. And therein lies the main conundrum for The Doctor after watching the movie. Anyone who openly criticizes Jay and Silent Bob Reboot as nothing but a tribute to Smith’s longtime fans is missing the point; of course it is a tribute to his longtime fans of his View Askew movies and the old characters. The point, for me at least, is how much does any of this still resonate? Generation X – and Y, for that matter – have grown up and are living in a different world. Once upon a time, when I saw a movie that I loved, I would immediately buy the tape or DVD as soon as it was available and thoroughly digest it, as I did with all of Smith’s nineties movies… but I just don’t do that anymore. Every Halloween I watch flicks from the Halloween franchise; every Christmas I watch National Lampoon’s Christmas Vacation; every summer Cade and I both revisit Jaws and its sequels. However, fan that I profess to be, I admit that I haven’t gone back to the View Askew well in a long time. I have felt for a while that those movies were very much a part of their time and perhaps are now rather dated because of it. Did you have to be a certain age at a certain time when you first saw Clerks, specifically nineteen years old and sipping King Cobra Malt Liquor that you thought had been wisely concealed in a previously empty Dr. Pepper can? I’m not sure, but I tend to think so. 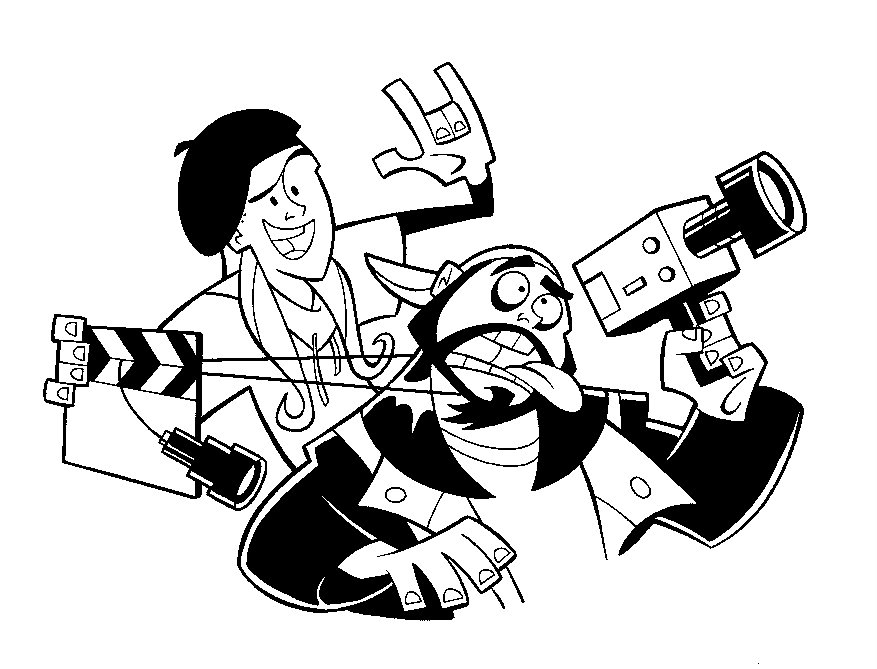 Can Smith do more than celebrate the past and perhaps deliver another original comedy in the future? I hope so, but only time will tell. Jay and Silent Bob Reboot has its laughs, although they are fewer and further between then in the previous iteration. Nostalgia aside, only the most devout of longtime Smith fans will likely enjoy the flick, but it wasn’t made with anyone else in mind. As always, dear friends, The Doctor wishes you all a clean bill of health.