Time slogs onward, the days moving by with the normal ceaseless momentum. Quarantined in my laboratory as well as within the confines of my own mind, your favorite Doctor has taken to talking to himself. This isn’t alarming by itself, as I have always been one to get lost in Shakespearean soliloquy, but the other day I began having a conversation with a golf ball. However, the golf ball has not yet begun talking back… so there is that to be grateful for. If he/she ever does develop an attitude, I will tee up the little insolent bastard on my terrace and send it down Morris Road. 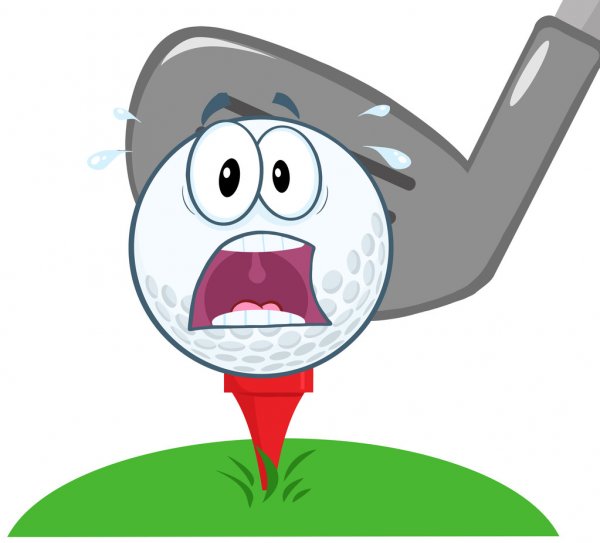 But I digress. The point I am making is that I am still valiantly maintaining a hold on my sanity, and one of the factors helping my cause has been the neverending stream of glorious movies on the LMN and Lifetime networks. When TNCC chairman Cade informed me that The Wrong Cheerleader was making a Friday night premiere, I knew what I needed to do. I poured a cocktail, opened my notebook, and settled into the couch… all the while keeping an eye on that golf ball to make sure it did not become contrary of nature. 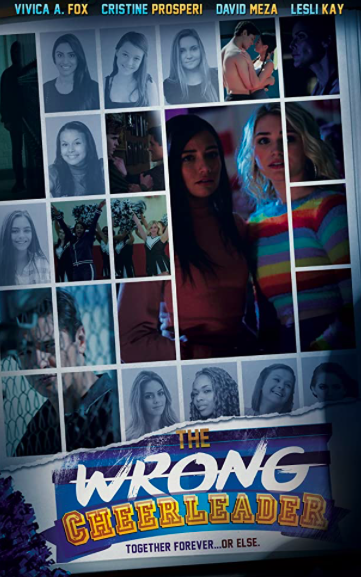 Speech balloons popping up on screen to indicate text message communication serves for exposition in the opening setup, where an attractive teenage girl is chilling in her upscale megahouse. LMN movies, of course, are famous for featuring many attractive women and upscale megahouses. This particular young lady has been receiving threatening text messages, and suddenly a hoodie-clad menace has snuck into the megahouse! What does this mean, and what can it portend? Roll credits! The still very attractive Vivica A. Fox produced The Wrong Cheerleader and acts in a supporting role as the demanding Coach Flynn, the head of the varsity cheerleaders at a suburban high school. 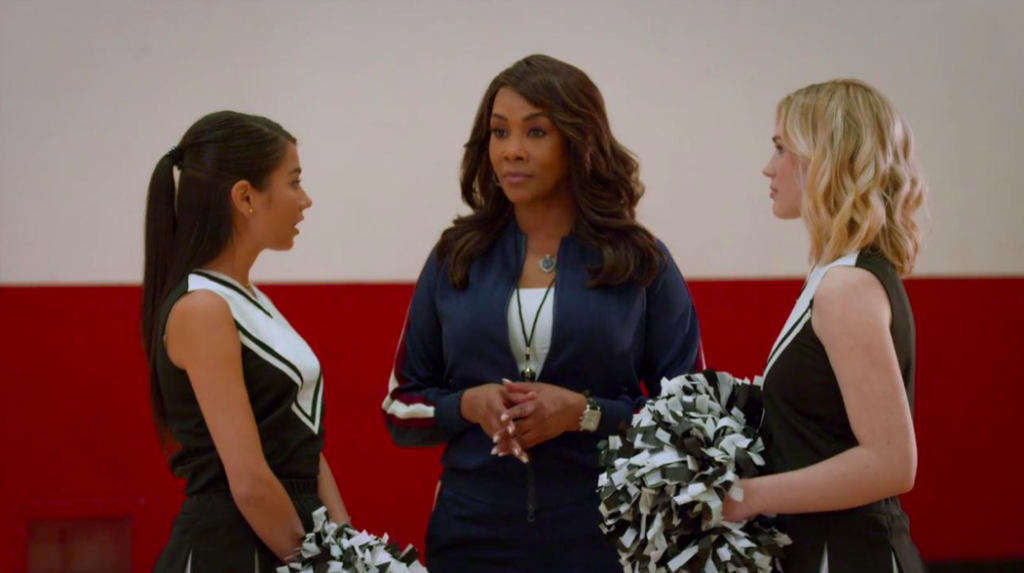 As Coach Flynn tells her prospective charges about cheerleading, “No one understands until they’re a part of it.”

The extremely photogenic Christine Prosperi plays Becky, a high school senior who tries out for the cheerleading squad at the behest of her best friend Jen shortly after the start of the new school year. Becky’s mother isn’t exactly fond of this plan, preferring instead that her daughter focus on making the National Honor Society instead. Becky is achingly beautiful and knows how to dance, however, so making the squad is something of a formality. She immediately meets Rob (David Meza), the new boy in town who “just transferred here from Bishop” which I assume is a law school as Rob would appear to be far removed from his teen years. Then again, everyone else is as well – Prosperi was born in 1993 according to the IMDB – but this is surprisingly much more believable in The Wrong Cheerleader than in other productions I have seen over the last several years. I am guilty of snark rather than being a complainant. 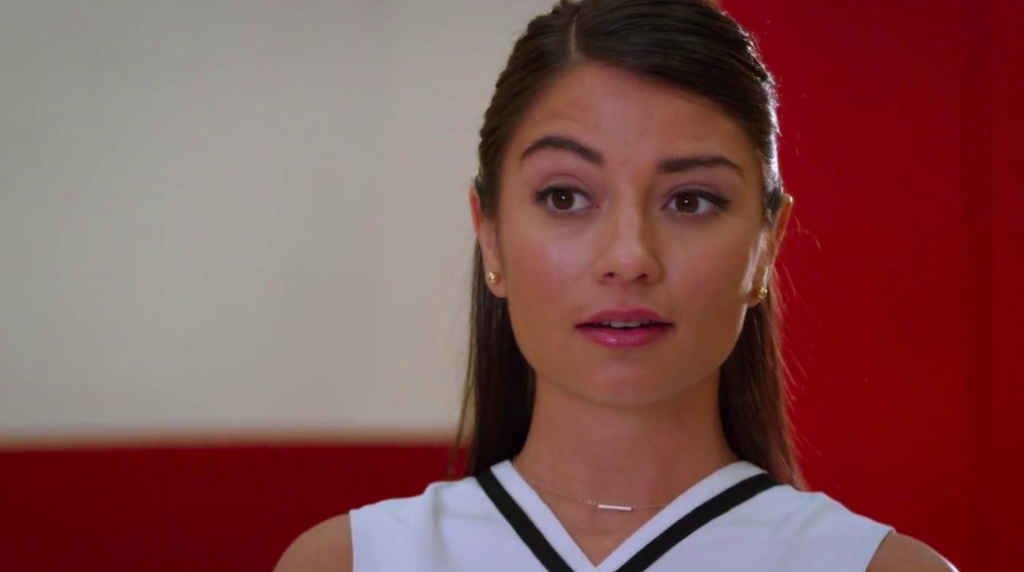 The lovely Christine Prosperi as “Becky” in The Wrong Cheerleader

Workout dates lead to kissing and holding hands in the school hallway. Ah, young love with the mysterious, dark-eyed transfer student… but we are watching an LMN movie here, so the red flags are soon to take their inevitable flight. Rob notices some other guy innocuously looking at Becky’s ass in a pizza restaurant and proceeds to slam the guy against the wall, forcing his football teammates to restrain him before he can do real damage. This doesn’t augur well for Rob’s long-term relationship potential. The next day he almost comes to blows in the locker room when one his teammates has the audacity to comment that Becky looks good. Pattern established. Rob is clearly an unstable psychopath. 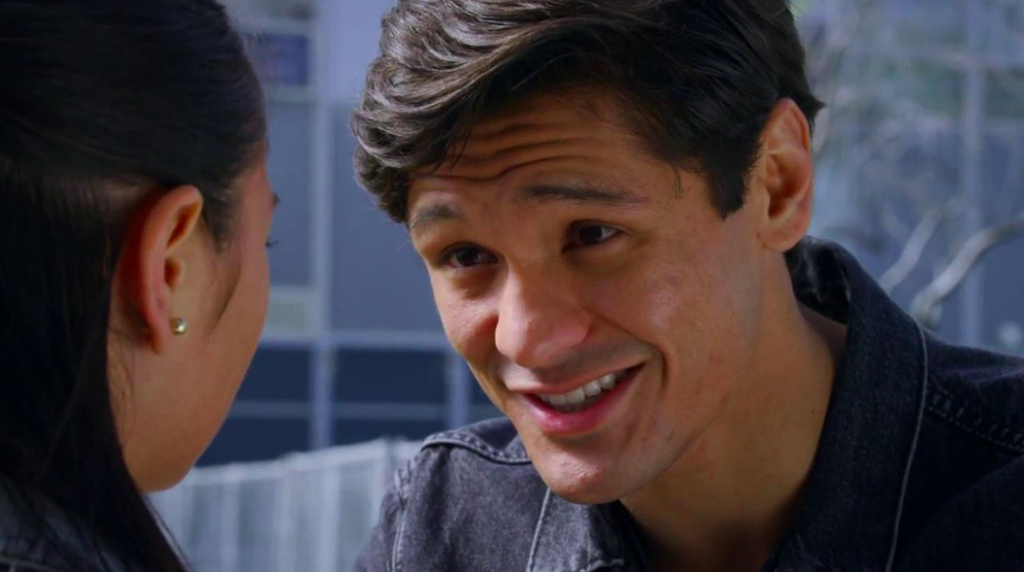 David Meza turning on the charm as “Rob” in The Wrong Cheerleader, shortly before he turns on the menace…

What happens when some asshole engages in the bush league practice of “Spike The Punch Bowl?” at a party with Becky in attendance? The Doctor will tell you what is going to happen: Things are going to escalate! Becky has never had a real boyfriend, though, so even the following exchange doesn’t serve as a warning:

In the words of REO Speedwagon, “It’s Time For Me To Fly”! Becky, however, remains conflicted because she has feelings for the chiseled and charismatic lunatic. My conflict has to do with my enjoyment of LMN movies. Masterpieces of modern art they are not, which of course does not bother The Doctor in the least bit. Anyone who enjoyed Killer Crocodile 2 as much I did better have the integrity to not throw stones of judgement. However, many of the LMN flics deal with serious themes – in this case, physical abuse and “teen” alcoholism – that are turned into schlock entertainment. Do families watch movies like The Wrong Cheerleader and discuss the potential situations with their own teenaged daughters? Namely, what to do if you start dating an abusive psycho? Seems at least somewhat important. Then again, I have long maintained that the only purpose of movies is to entertain an audience. Social and educational responsibility are not requirements of the motion picture industry, but if you have a teenager daughter you might want to instruct her in how to spot a Rob if she ever runs afoul of one. Instruction in the proper use of mace is another possibility. 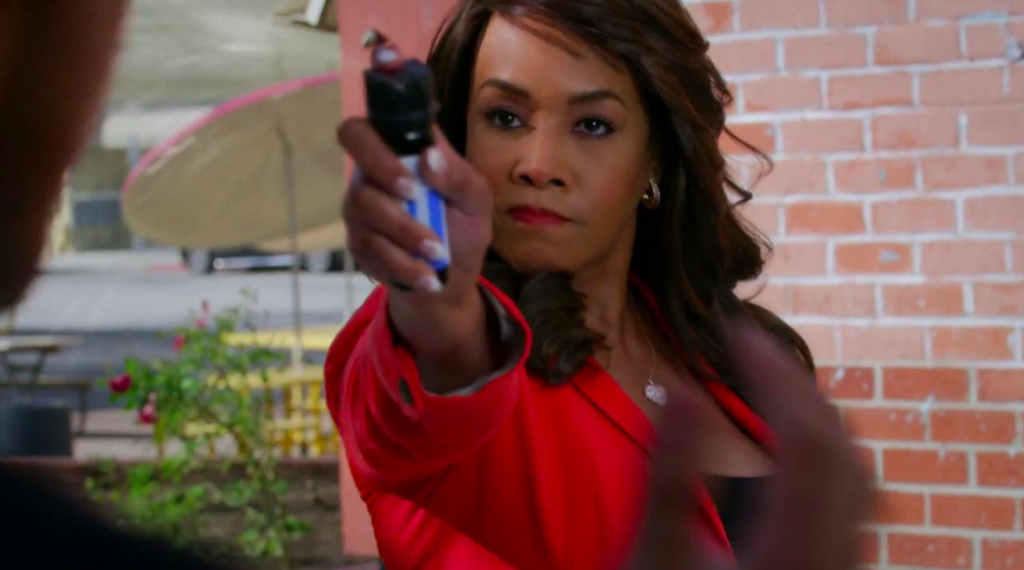 You does know how to use mace? Viviva A. Fox, that’s who!

What of the performances? Prosperi was the right choice as Becky; cover-model cute while somehow managing to maintain the necessary innocence and vulnerability. I also thought that Meza delivered on the intensity required to play Rob, sometimes calculating and sometimes threating to blow up. If the character as written has long since become an LMN archetype, that is hardly his fault.

And the tone? The Wrong Cheerleader is a Friday night LMN suspense thriller. If you have ever partaken of those crisp waters before then you know precisely what to expect, and The Wrong Cheerleader will not disappoint. As always, dear friends, The Doctor wishes you all a clean bill of health.