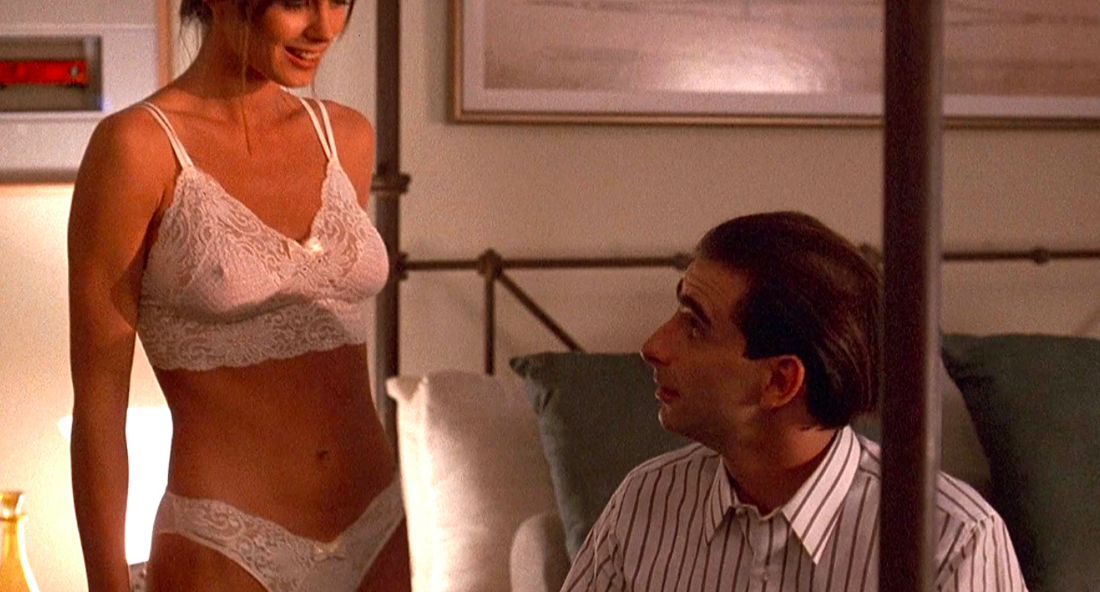 “Scotty takes the action to the bed where we get to see Dean Cameron’s massive forest of chest hair hover above Dana’s impressive breasts.”
So… that’s a sentence that I actually typed in my show notes… I hate my life.

Well folks, here’s another highly entertaining episode of The Tuesday Night Cigar Club to keep you smiling and laughing when there’s not a hell of a lot to smile or laugh about these days. We hope you have just as much fun listening and watching to tonight’s show as we did cooking it up for you. So click the links below and JOIN THE PARTY!!!!!

Size: 5 x 54 (box-pressed robusto)
Wrapper: Ecuadorian Sumatra seed, Sun Grown capa
Binder: Connecticut River Valley Stalk Cut/Cured Sun Grown Habano binder
Filler: Nicaragua, as well as one leaf of extensively aged ligero from the Nueva Segovia region along the border of Honduras that has been selected to enhance the strength of the blend
Price: $10.20 (and while these were generously provided to us by our sponsor Drew Estate for review, if you want to set fire to this smoking beast of a cigar and experience the fun flavor party for yourself then head on over to Famous Smoke Shop and use promo code “TNCC20” at checkout to knock that price down quite a bit, you’re welcome) 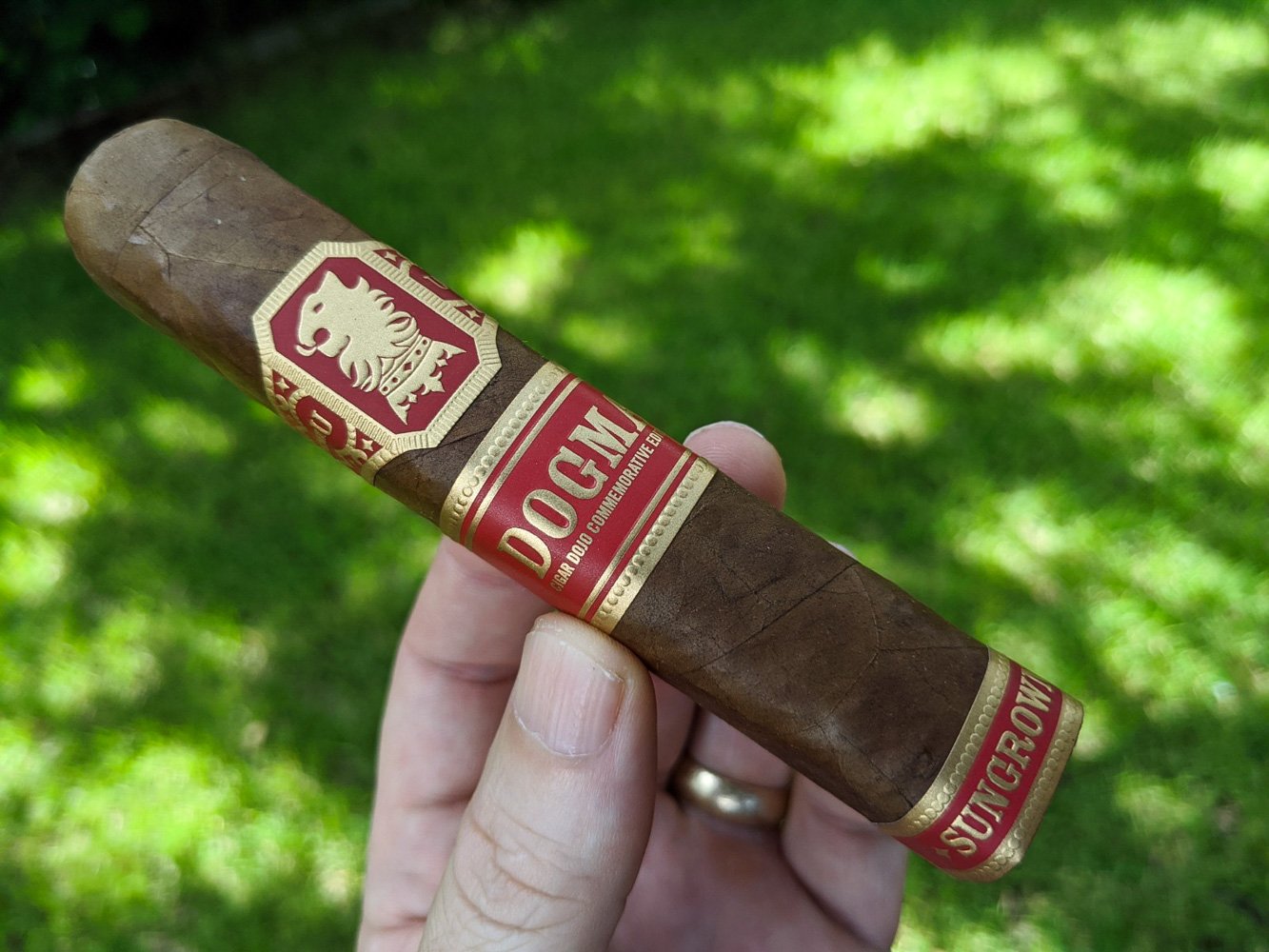 We have quite a history with the Undercrown brand as well. The Undercrown Shade was our #2 cigar of 2015 and the original incarnation of the Undercrown Sun Grown was awarded our #9 cigar of 2017. I guess we should have ranked it number one, things turned out pretty good for the Dojo guys… I kid, I kid, we like the Dojo and we like us some Undercrowns so let’s set this sexy motherfucker on fire! 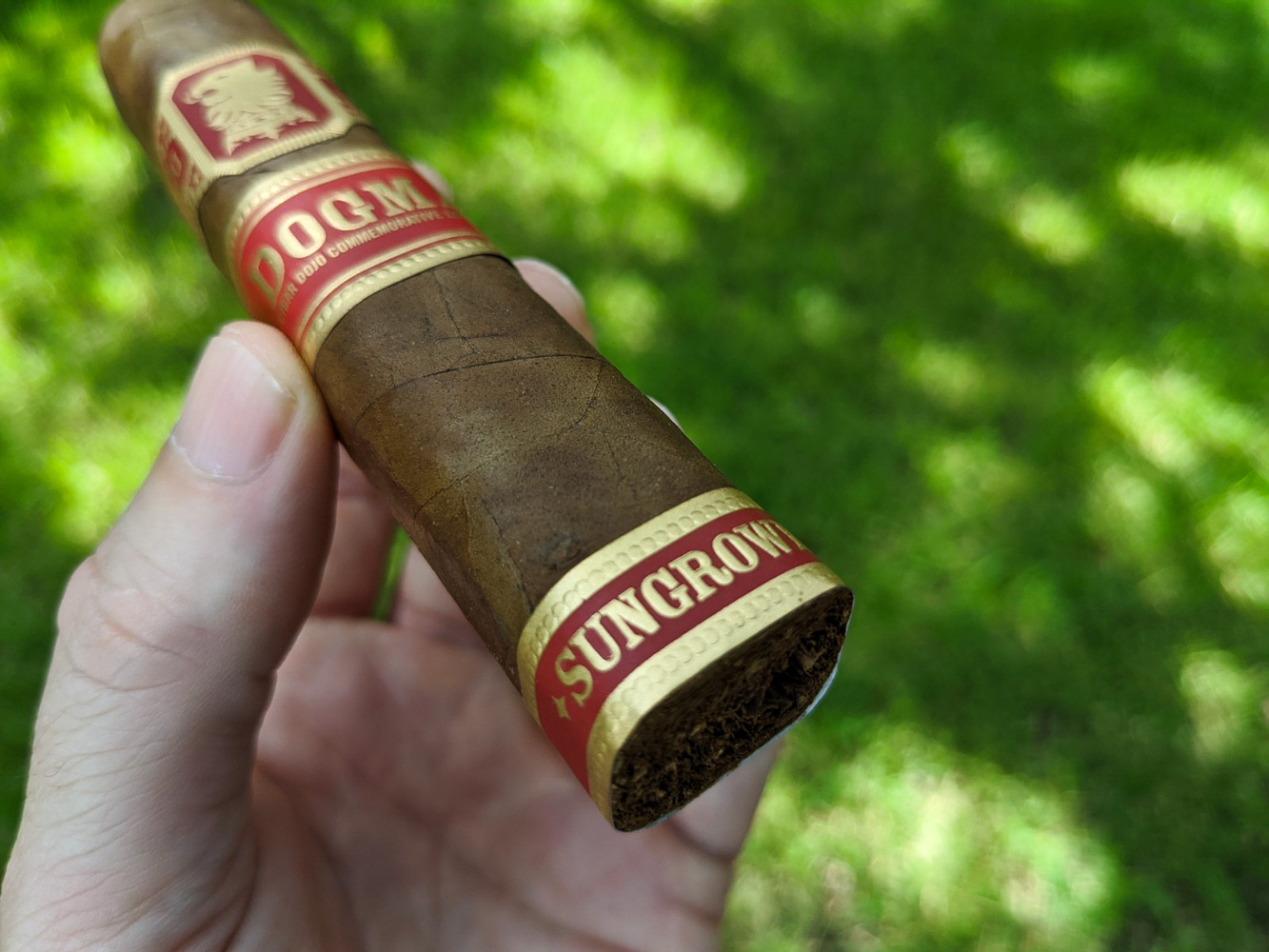 There’s a bready, cracker note on the cold draw of the Undercrown Sun Grown Dojo Dogma with just a tinge of sweetness as well. Upon torching the foot, there’s a very strong cedar note that slaps you across the face immediately. Most cedar flavors we experience are somewhat subtle compared to other woodsy flavors but not this cedar. It’s a potent cedar, it’s determined, and it’s undeniably enjoyable. And there’s a wasabi-like spice on the retrohale that it is awesome as well, and it’s a feature that was not at all present in the original Sun Grown Undercrown release. But all these bold flavors leave a somewhat soft finish on your palate in between puffs which is really surprising and quite nice. 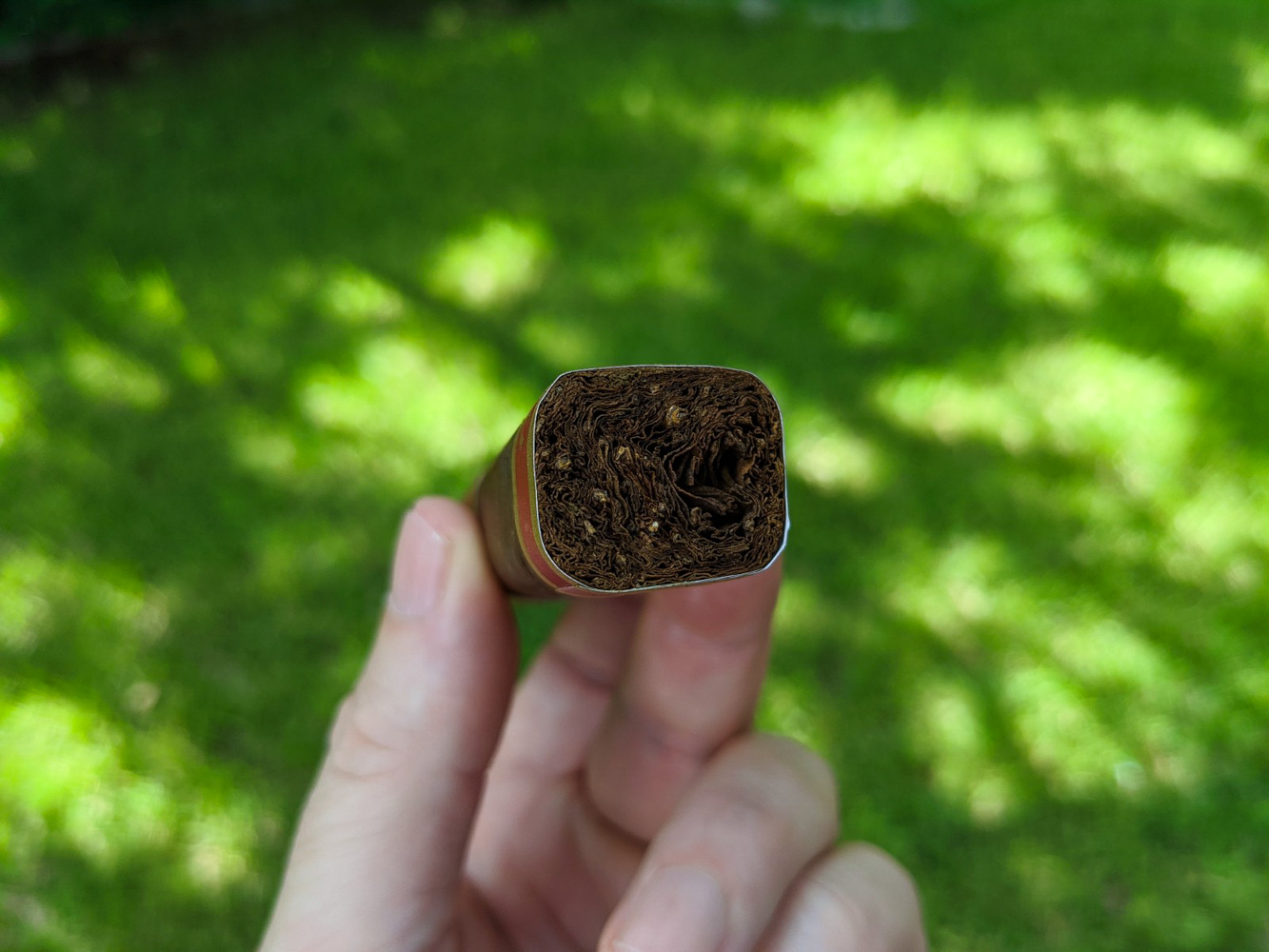 Having smoked dozens upon dozens of the Undercrown Sun Growns prior to tonight’s new entry, we just couldn’t get past the undeniable uptick in strength delivered by the Dojo Dogma blend. Construction is impeccable with a smooth draw and a straight burn line BUT this variation of the blend is an entirely different animal all together. Any hints of graham and sweetness that we sensed on the cold draw never materialize once fire is introduced and the resulting strength via that kick-you-in-the-balls cedar and earthiness joined with that unique Nicaraguan mineral note makes this version a unique cigar on an island of its own. The Undercrown Sun Grown Dojo Dogma is a dynamo of a cigar in a sea of boring, easily forgettable cigars and we loved it. 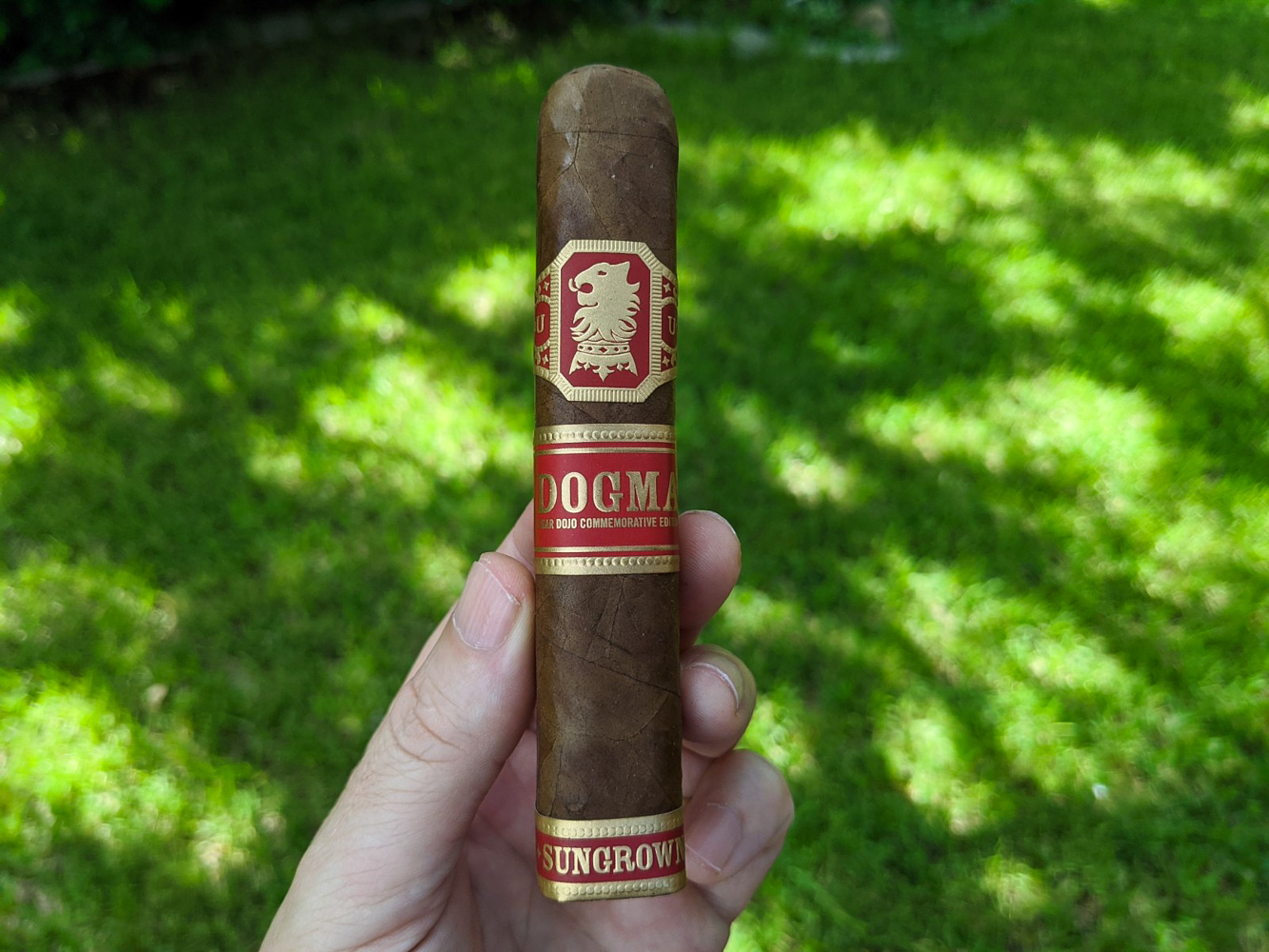 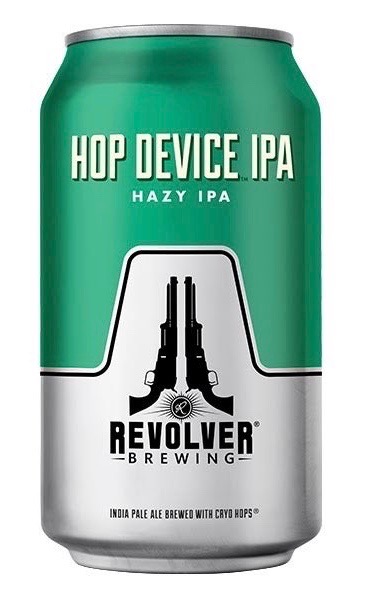 5.2 ABV and 35 IBUs, the Hop Device is a New England style IPA that features a nice pine presence and The Doctor factored the hop bitterness at much higher than the listed IBUs (which is rare, most brewers over rate their IBUs to ridiculous proportions). 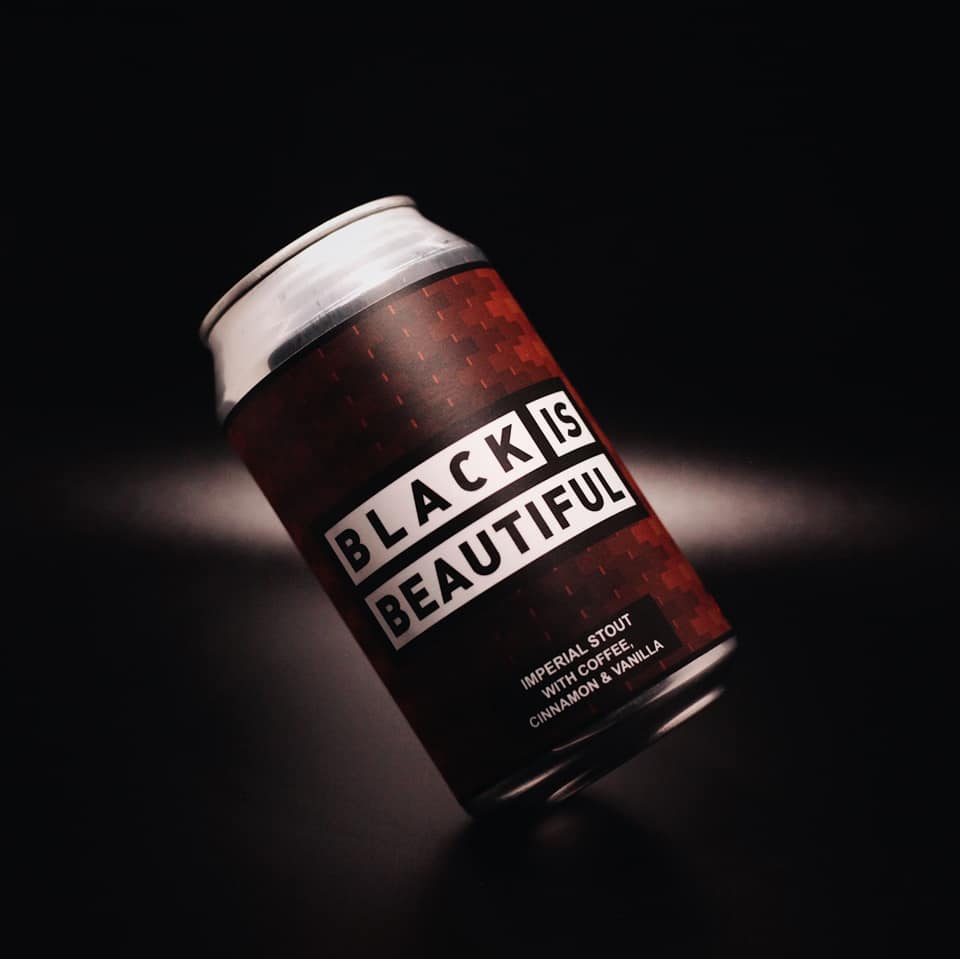 10.8% ABV and 65 IBUs featuring Costa Rican coffee as well as cinnamon and vanilla spices to enhance the background flavors. 100% of the profits from this beer go to supporting the local chapter of the NAACP so how could it go wrong? And, spoiler alert, it doesn’t go wrong! Tut fucking loved this beer big time. Way more chocolate and sweetness than coffee, he reported through increasingly slurred speech. Tut said that drinking it was like biting into a dark chocolate covered cherry over and over again, only a magical cherry that gets you nice and sloshed over the course of a few hours. Sounds like heaven to us… And, it should be noted, the beer didn’t battle with the cigar at all but rather complimented it in their Flavor Battle Royale. Well done Mr. Tuttle! 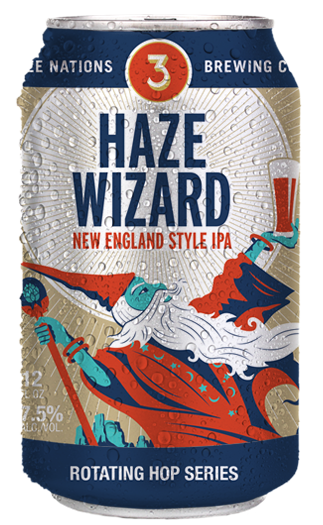 So I cracked one of these so-so beers open in our preshow warmups, and I casually mentioned that I should maybe shift gears to Jack Daniels instead and Tut cheered me on enough to call that audible so I did. I drank Jack Daniels tonight so sue me. 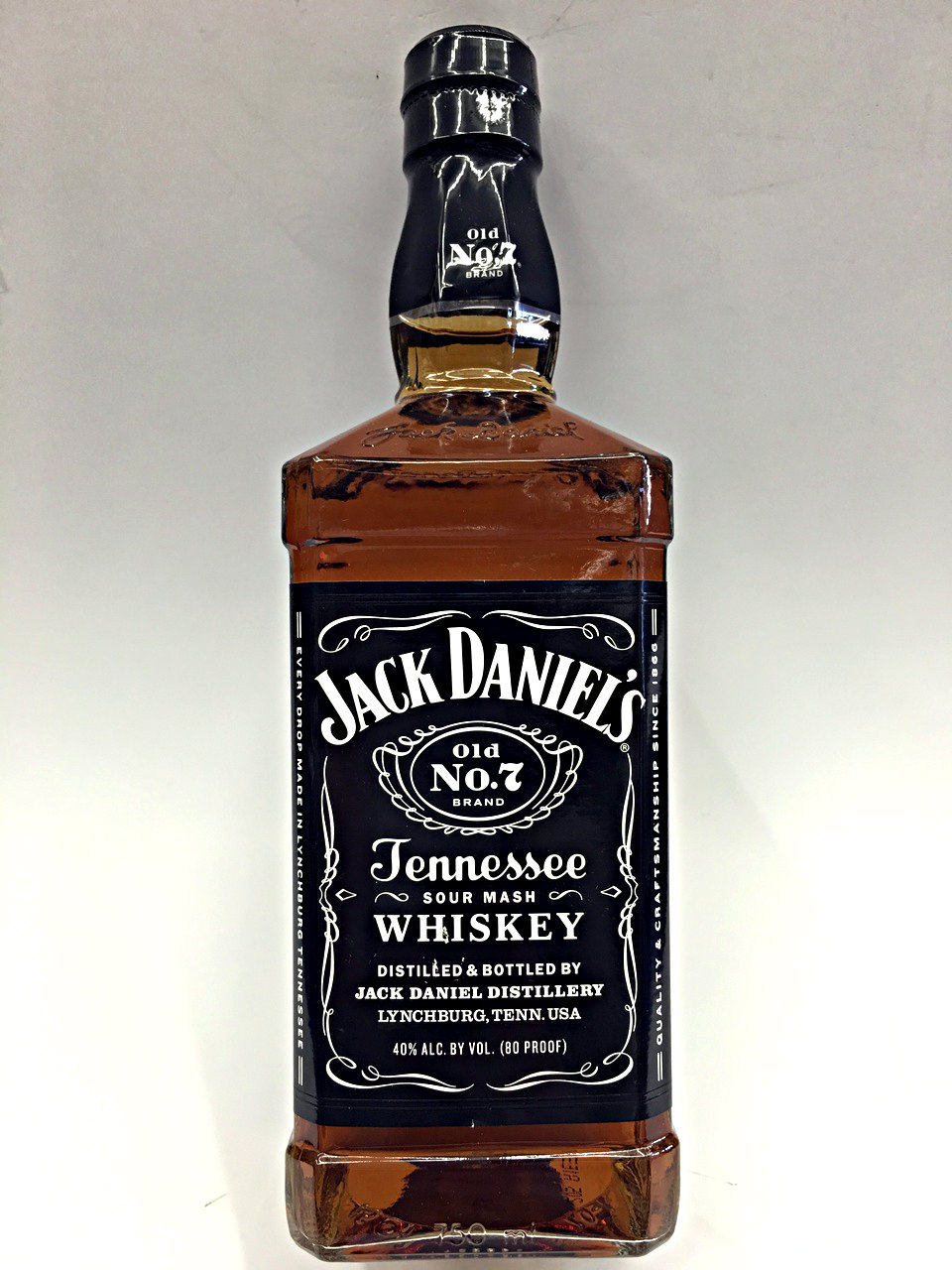 If this quarantine goes on much longer and I keep drinking so much JD, I think I might magically grow a sweet black tophat like Slash always wore in the old Guns N’ Roses videos. Oh, and it paired quite well with tonight’s cigar as well so there. 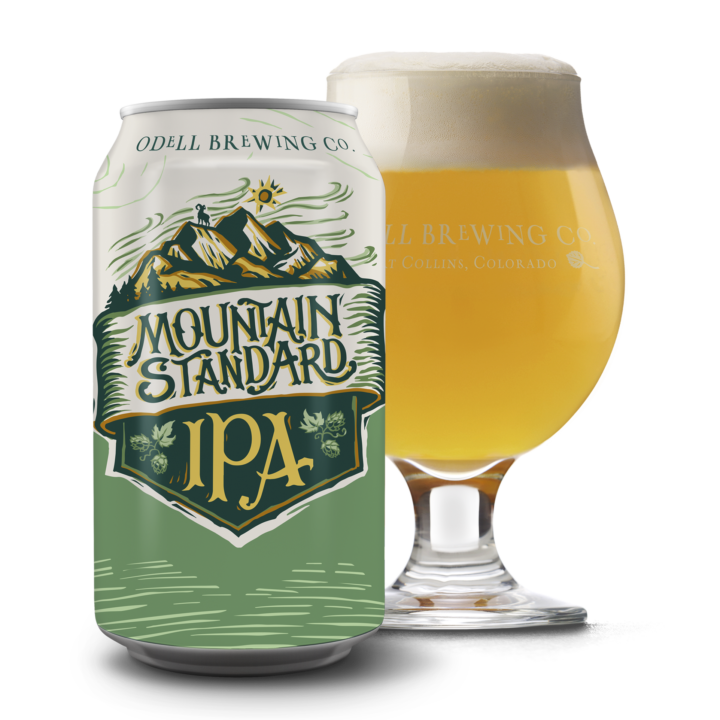 Yaks paired this beer with tonight’s film as it has “mountains” in the title and the star of tonight’s film Dean Cameron starred in Ski School which featured lots of mountains so we somehow, by the skin of our teeth, managed to pull out a somewhat sensical pairing here. Thanks Yak Boy! And yes, it could have also paired with costar Monique Gabrielle’s mountainous boobs so it works in a couple of ways. Yeah folks , we’re professionals so please don’t try this shit at home… 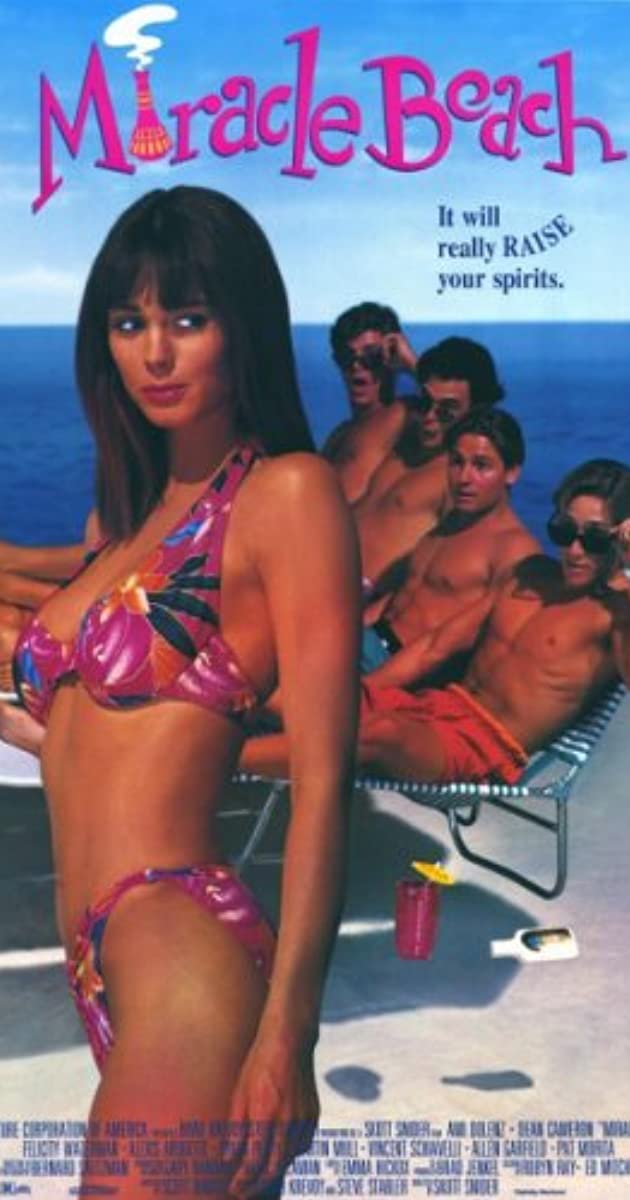 I give lead actor Dean Cameron a lot of shit tonight (as I did on our Ski School episode) and after some reflection I honestly feel bad about it, which is very rare for me. But after some post show ruminations with the help of Mother Whiskey, I realize that my issues aren’t entirely with Mr. Cameron’s performances in these films necessarily BUT with the fact that he personifies, especially in his physical appearance, all of the dudes from the 1990s that I despised growing up. 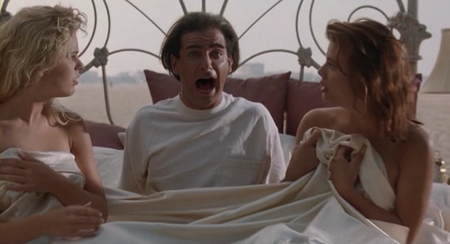 These guys with the Dutch boy, poser skater haircuts and chin-up smugness to “the lessers” in our high school social universe left such a sour fucking taste in my mouth (and now my memories) that I find myself projecting that anger on poor ol’ Dean Cameron. So my apology at the end of the show directed towards him is heartfelt and maybe a TNCC first. I’m sure he’s an ok human being and who am I to throw shit his way from the comfy confines of The Corner Of No Hope? 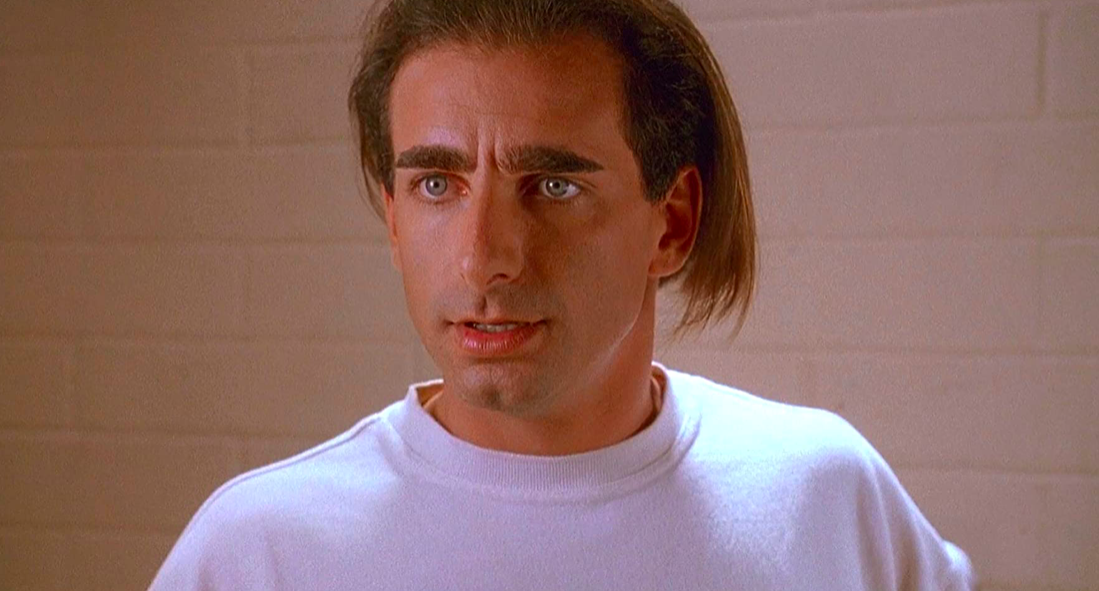 Having said that…. this movie kinda stinks but there’s a ton of nudity and it gave us something fun to talk about for 2 hours, so here we are. Just party. 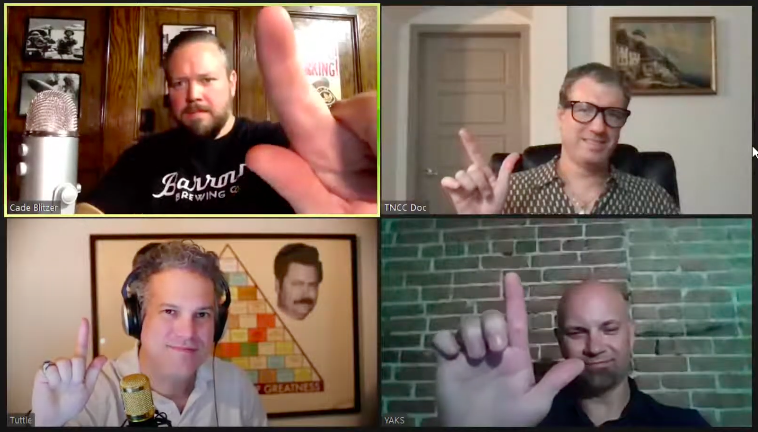