The nuttiness and oak have been rejoined by the cream and even the black pepper is creeping it's way back in like a Facebook stalker who was has been waiting patiently for you to slip up and relax your privacy settings. Wow, that analogy came way too easy...

When the Tuesday Night Cigar Club recently interviewed Glynn Loope of Cigar Rights of America, we briefly discussed several of the Texas based premium cigar manufacturers and I naively failed to mention Ezra Zion. It was an honest oversight as I don’t believe I’ve ever smoked one of their offerings. We live in a beautiful time period where there’s so damn many Texas based craft spirits and cigars that even a ravenous hellion like myself can have trouble keeping up. Well, tonight I rectify that by smoking the Ezra Zion Jamais Vu. 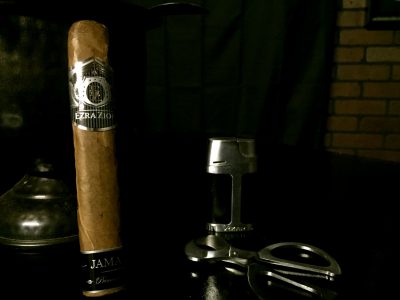 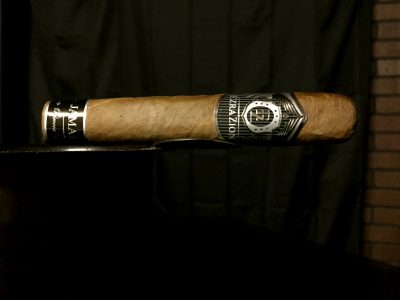 While carefully removing the band surrounding the foot a small piece of the cigar’s wrapper tore off but shit happens. Prelight sniff of the foot reveals sweet raisins, while I experience even more natural sweetness on the cold draw. This is a really large ring gauge for a box pressed cigar, I’m not sure what’s the best way to clip the cap so I just snip it with my scissors and the draw seems open and clear for takeoff. 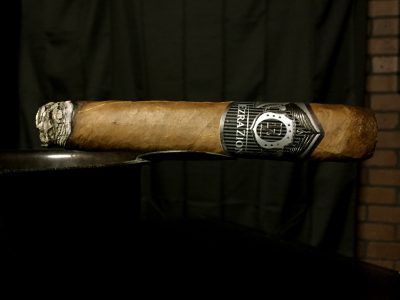 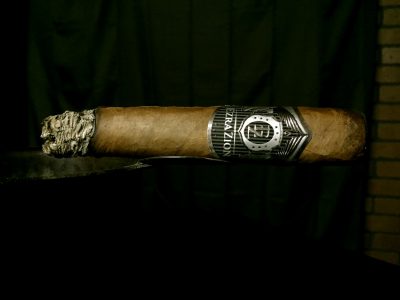 Somewhat surprisingly there’s zero sweetness upon ignition, instead I’m getting a woodsy oak note right off the bat. Powerful black pepper is present on the early retrohale as well. This combination of the oak and the pepper is working well together in the early goings. 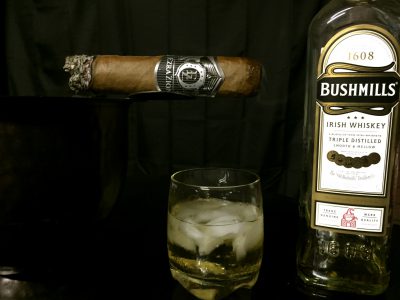 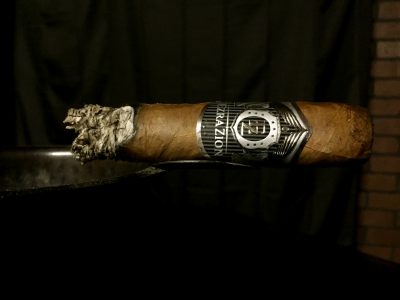 Turns out that little wrapper tear did cause a slightly uneven burnline about an inch in but a quick touch-up with the lighter seems to have rectified the situation. A subtle creaminess has introduced itself. Nearing the end of the first third, the pepper has receded into the background and the creamy woodsiness is ruling the roost. 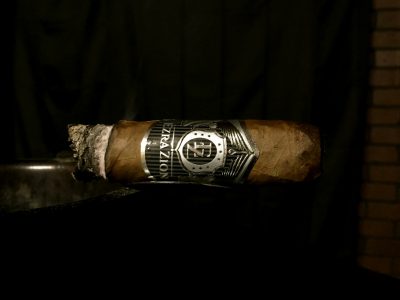 I took a preventative measure and dumped the ash after the first third. It should be noted that I’m pairing the cigar with a giant glass that’s filled with a ton of ice and a heroic amount of Bushmills Irish Whiskey. It’s hot as balls in The Corner Of No Hope tonight and this particular adult beverage hits the spot and, most importantly, it’s not competing with the Ezra Zion at all as they’re playing very nicely with one another. 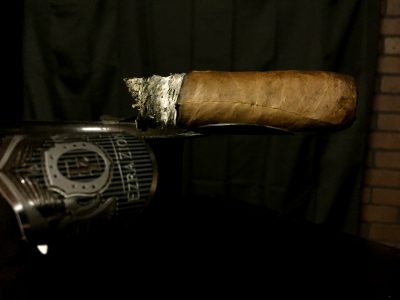 At about the halfway point a floral note and cashew flavor emerge as the creaminess fades away. Smoke production is more and more impressive as the cigar progresses, thick grey clouds pour out of both ends after every draw. That cashew and consistent oak dominate the remainder of the second third. 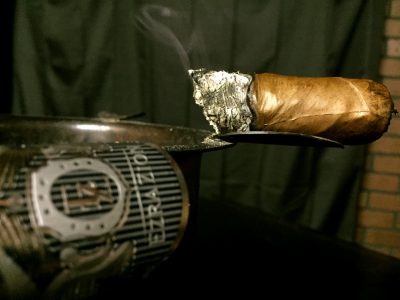 The cigar slows down drastically in the final third and everything seems to start coming together nicely. The nuttiness and oak have been rejoined by the cream and even the black pepper is creeping it’s way back in like a Facebook stalker who was has been waiting patiently for you to slip up and relax your privacy settings. Wow, that analogy came way too easy… 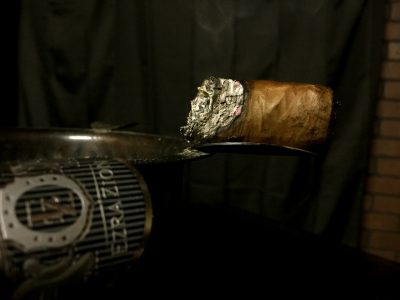 As I mentioned earlier, I received this cigar as a sample at CATS Fest 3 back in 2015 and at this year’s CATS Fest 4 I was given a nub tool at the VIP dinner and I used it to great benefit on this cigar. It’s not something I’m particularly comfortable pulling out and using in a group setting (yet) but damn if this sucker doesn’t allow you to milk a cigar for every last centimeter. 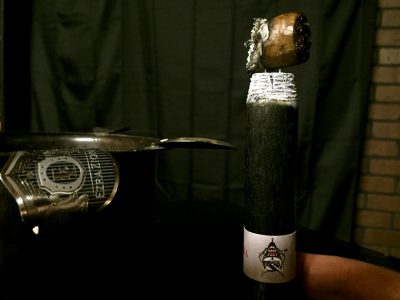 Jamais Vu is the opposite of Deja Vu, defined as a disorder of memory characterized by the illusion that the familiar is being encountered for the first time. I’m not sure if that rings true to me in this instance as I’ve never smoked an Ezra Zion cigar BUT I will be smoking more in the future after enjoying their inaugural release. The Jamais Vu has engaging transitions and a nice weight to it that I like in a premium cigar for sure. GOD BLESS TEXAS!