Those seeking a smooth, well constructed cigar will find themselves very happy after lighting up the Gotham Connecticut Churchill... 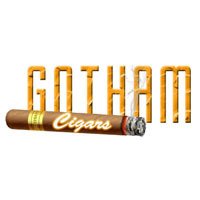 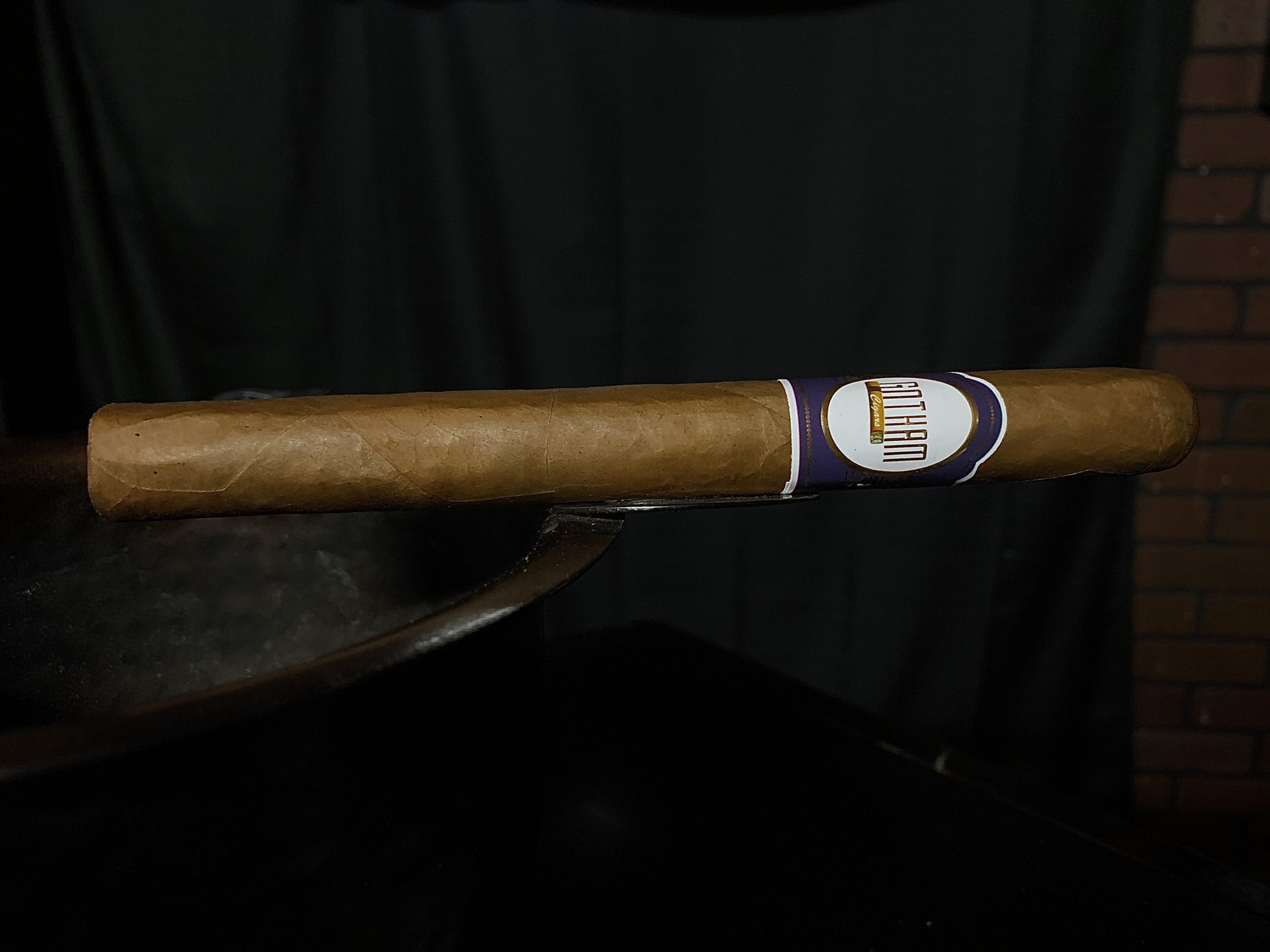 The light brown Ecuadorian Connecticut wrapper is very attractive and it has almost a velvet-like texture to it. The cigar is firmly packed and the cold draw reveals a strong sensation of sweet raisins (hello Jalapa tobacco!) 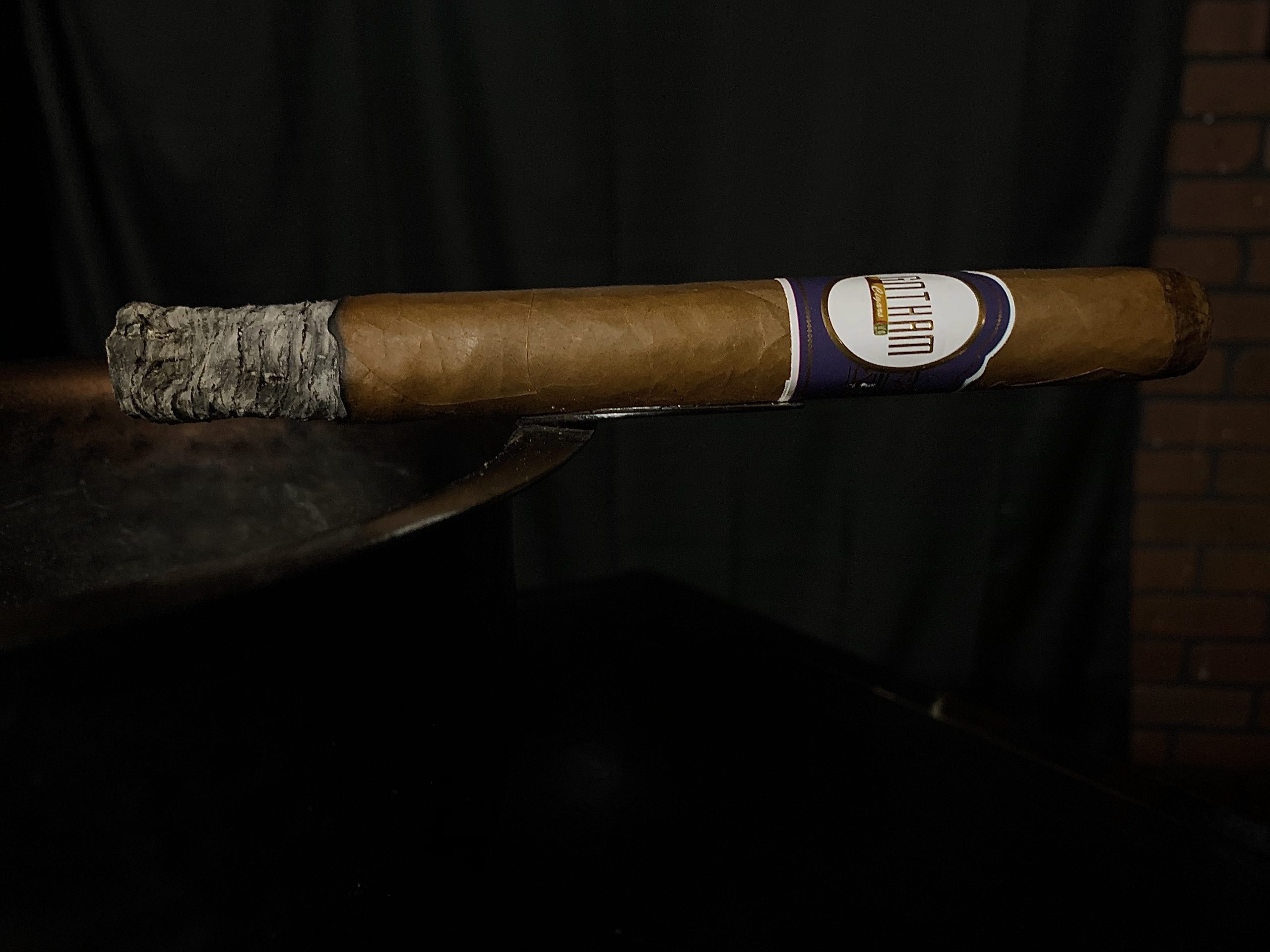 Upon torching the foot of the Gotham Connecticut Churchill there’s a nice tingle of white pepper through the nose and a combination of cedar and leather notes on the draw. The cigar draws like a dream and the ash is solid. Strength is mild-medium early on and, to be honest, I hope it stays that way as the profile in the first third is quite enjoyable… 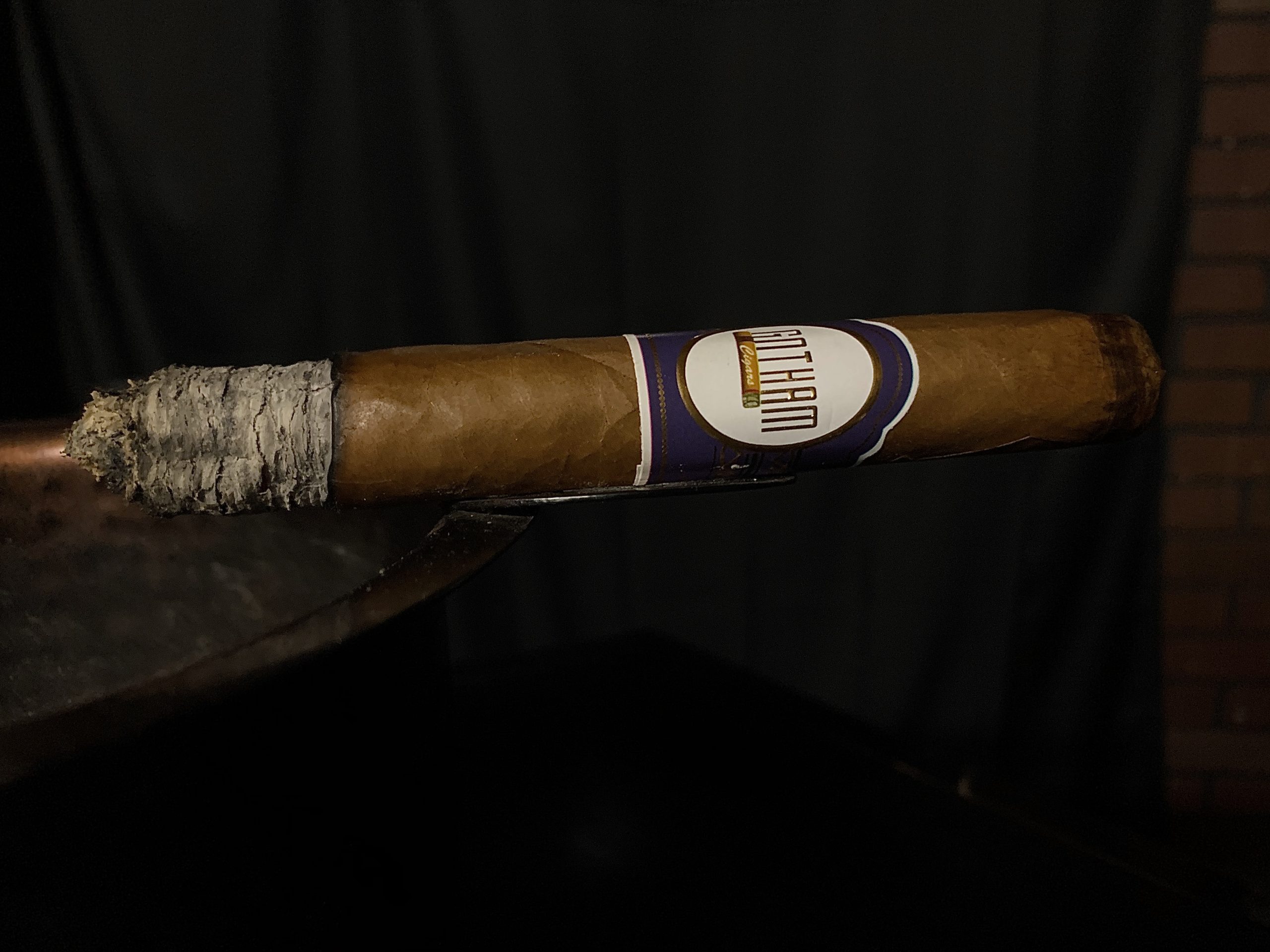 The flavor profile remains mostly unchanged in the second third with the cedar and leather prominent on the palate while the white pepper continues to dominate the retrohale (it fluctuates in strength but it is consistently present). Construction of the Gotham Connecticut Churchill continues to impress all around with a damn near perfect burn line. Speaking of that burn line, I can’t stress to you enough just how visually appealing this particular almost-golden shade of wrapper is. 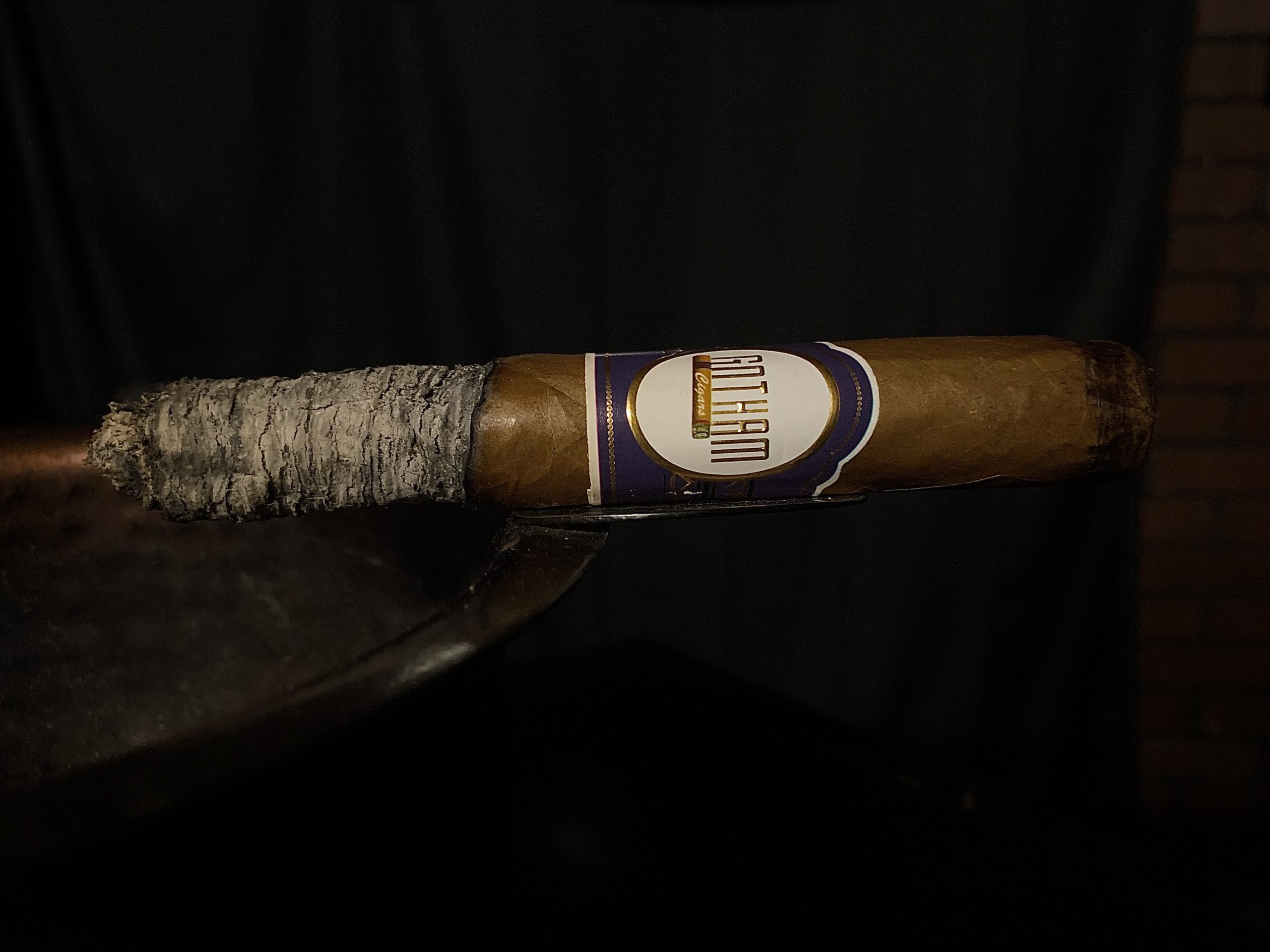 A mineral note suddenly joins the pepper on the retrohale around the halfway mark. There was no sign of it prior and then BOOM there it is front and center. I like surprises like that! 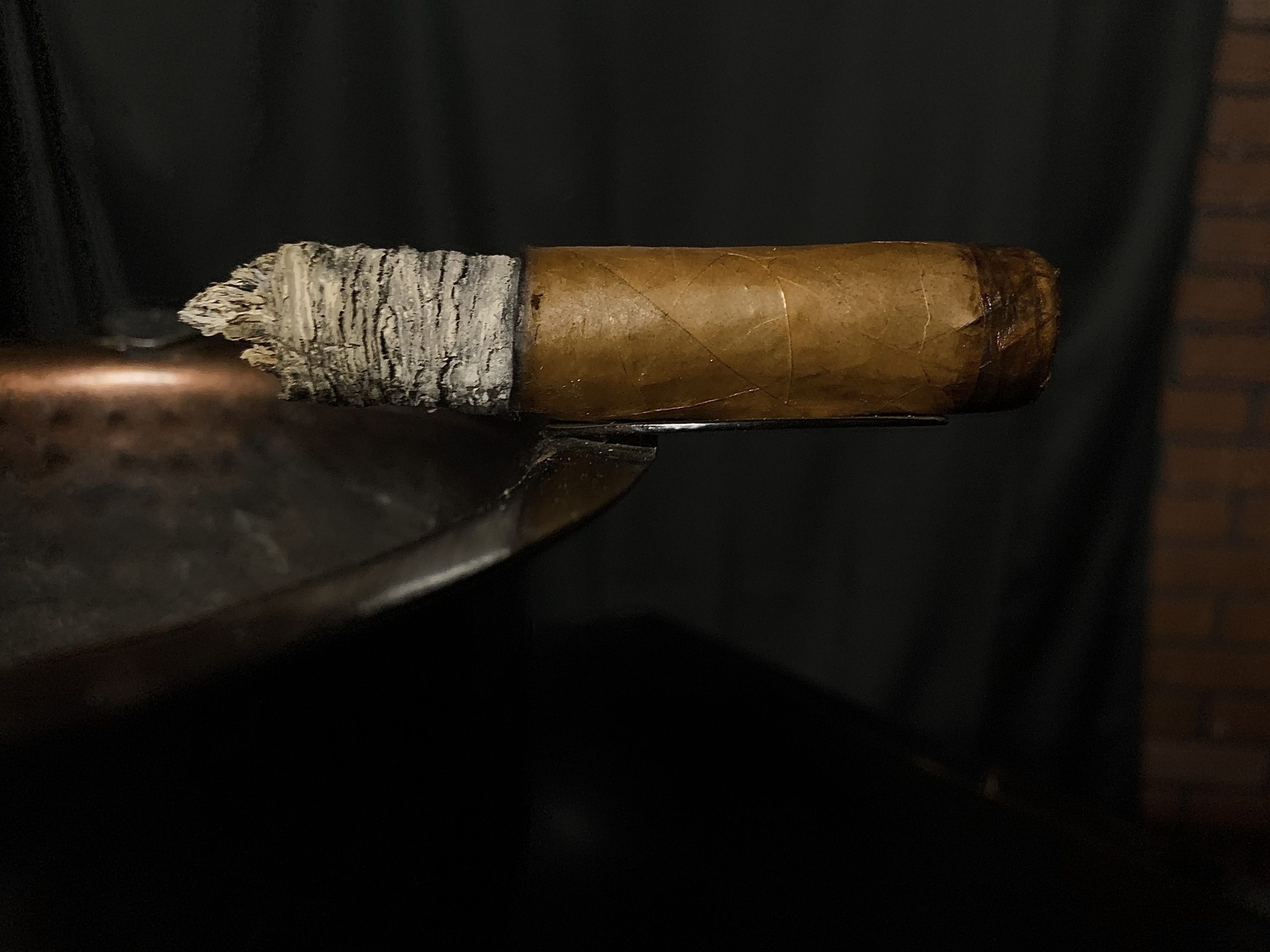 The pepper on the nose and the cedar in the draw are now only memories as the mineral and leather notes rule the roost in the final third and those two flavors are playing very well together. This cigar would pair beautifully with a cup of coffee, any cup of coffee, however you like it I promise I won’t judge… 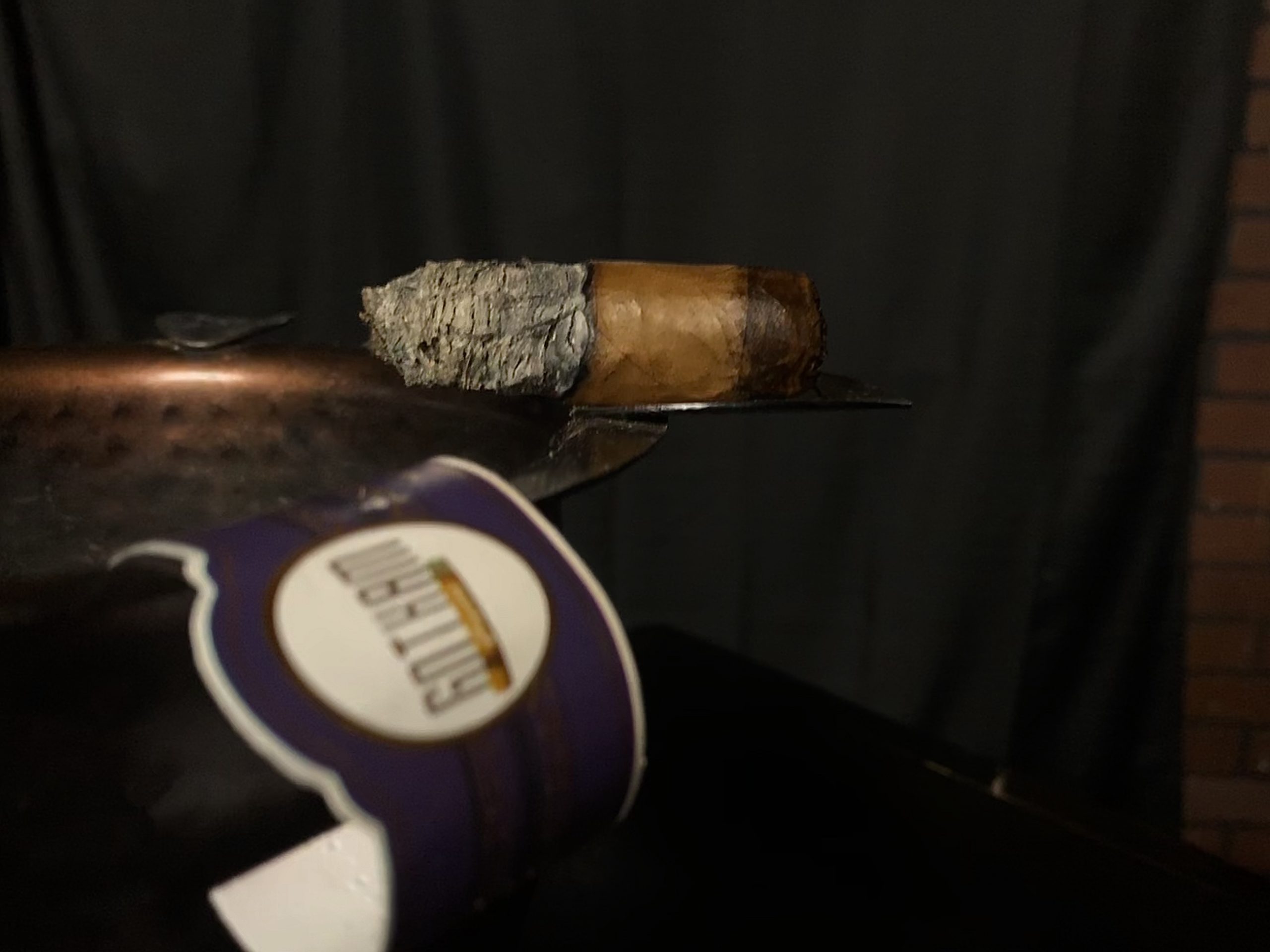 Those seeking a smooth, well constructed cigar will find themselves very happy after lighting up the Gotham Connecticut Churchill. And I think due to the insanely affordable price tag they’ll be shocked at both the quality of the cigar and the overall smoking experience (the duration was right around an hour and twelve minutes). There’s a lot of really nice flavors present here and with the inclusion of an unexpected transition on the retrohale late in the game, I’m giving this stogie a solid, highly confident recommendation!