When Drew Estate’s Nica Rustica line debuted way back in 2013 it was an immediate homerun for this reviewer. With it’s thick broadleaf wrapper and bold earthy flavor profile, I’ve easily smoked well over a hundred of the original El Brujito vitola. And speaking of El Brujito, this legendary figure from Nicaraguan history continues to loom large over the packaging of the latest expression of the Nica Rustica brand – Adobe. 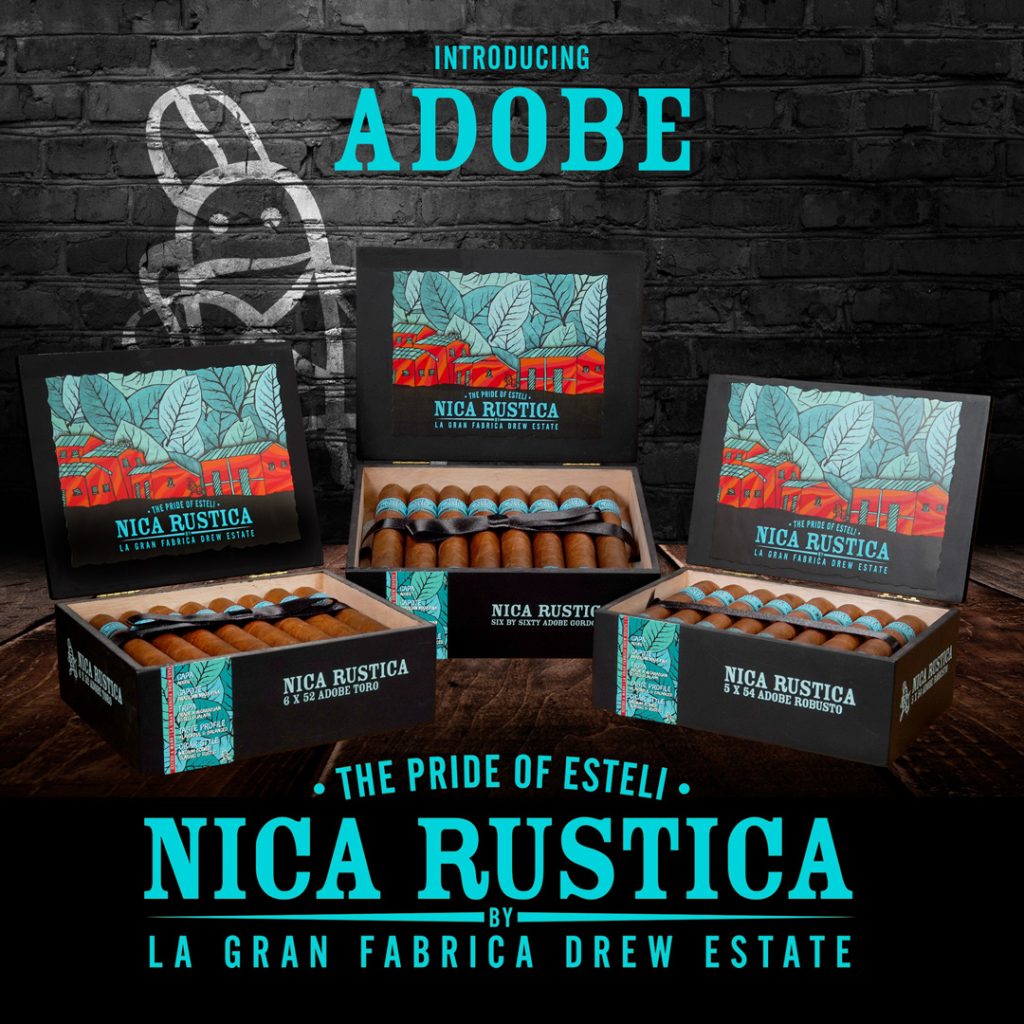 “The Nica Rustica brand is Drew Estate’s homage and tribute to Estelí, Nicaragua, home to La Gran Fabrica Drew Estate. The soul of the lively romantic barrios of Estelí, adorned with their colorful colonial houses, magically comes to life in Nica Rustica Adobe, which will be available in three sizes: Toro (6 x 52), Robusto (5 x 54) and Gordo (6 x 60). While retaining many of the same characteristics as the Connecticut Broadleaf expression, Nica Rustica Adobe is the spicier version, using a Habano wrapper, Brazilian binder and Nicaraguan filler tobaccos from Estelí and Jalapa. Unpolished and unrefined, Nica Rustica Adobe is a medium- to full-bodied cigar that offers load of spice with a bold and very long finish … the perfect companion for adventurous cigar buffs. 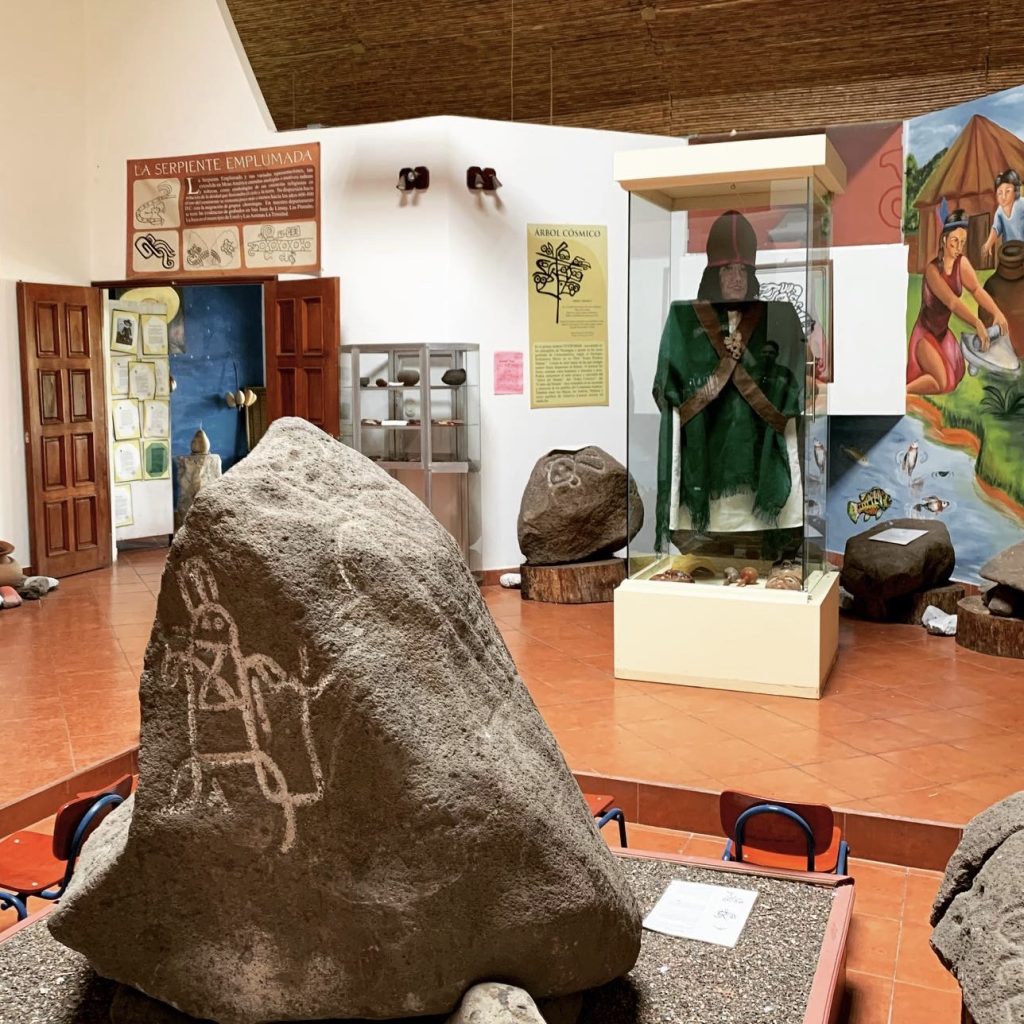 Nica Rustica Adobe will be available in 25-count boxes that feature colorful original artwork by Subculture Studios’ Richard “Dog” Diaz, who captures the rugged, robust and rustic essence of Estelí. Diaz’s romantic vision of Estelí also incorporates the city’s official symbol and proud emblem, El Brujito, a petroglyph of a native shaman carved some 6,000 years ago onto a rock on a mountain near Estelí.” 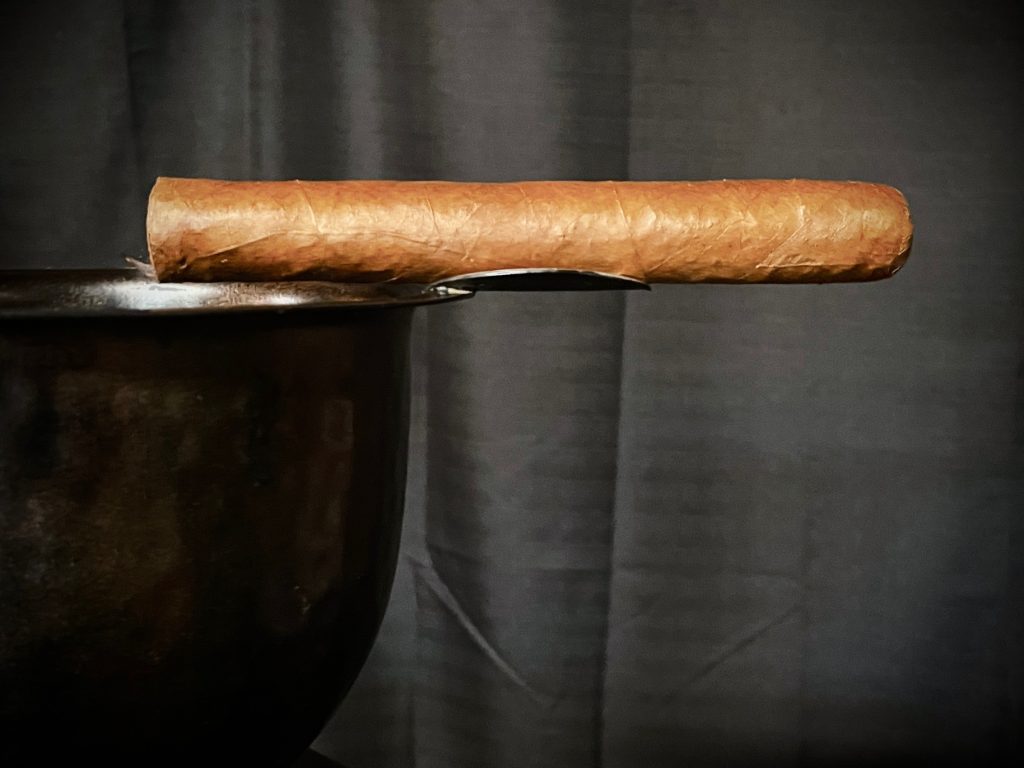 Upon sliding the Nica Rustica Adobe from its cello sleeve, there’s a distinct barnyard aroma (known here in Central Texas as “rodeo stuff”) to the medium brown habano wrapper and a chewy sweetness is found when sniffing the foot of the cigar directly. There is just the right amount of give when the body of the Adobe is gently squeezed between two fingers. 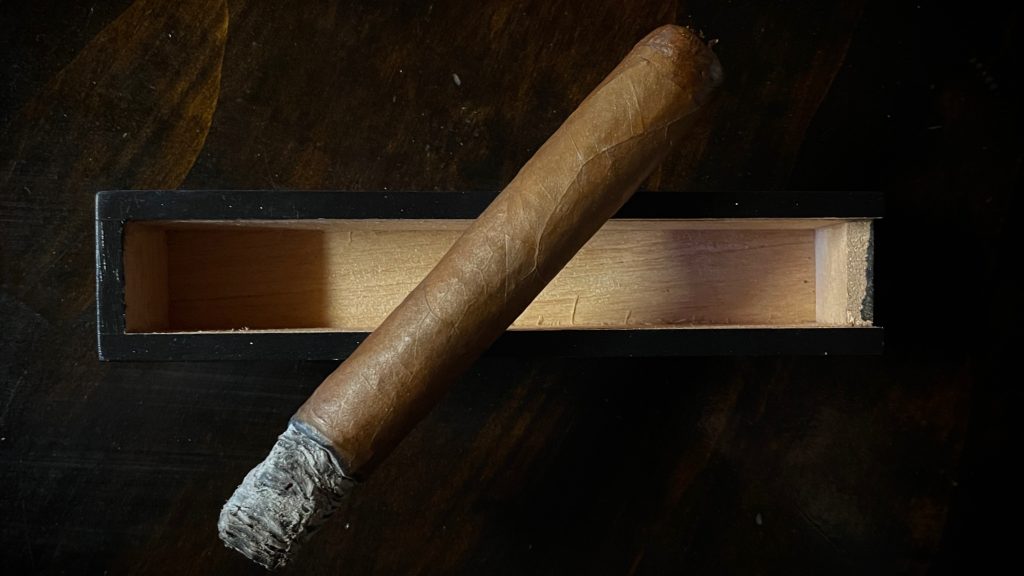 Those prelight aromas continue to present themselves in a different capacity on the cold draw as hay and sweetness are easily identified. Once the foot of the Adobe is set on fire, there is a medium strength pepper spice that floods the nose while dark roast coffee, mild leather, and some mineral all present themselves via the draw. At almost exactly the 1” mark, a creaminess arises on the retrohale and it tempers the spice down a few notches instantly. Construction is great here early on with a smooth draw and impressive burn. Where as the original broadleaf Nica Rustica line billows thick grey smoke in the air like a runaway freight train engine, the Adobe’s smoke production is far less copious as faint wisps of white smoke swirl from the foot and quickly vanish into the ether… 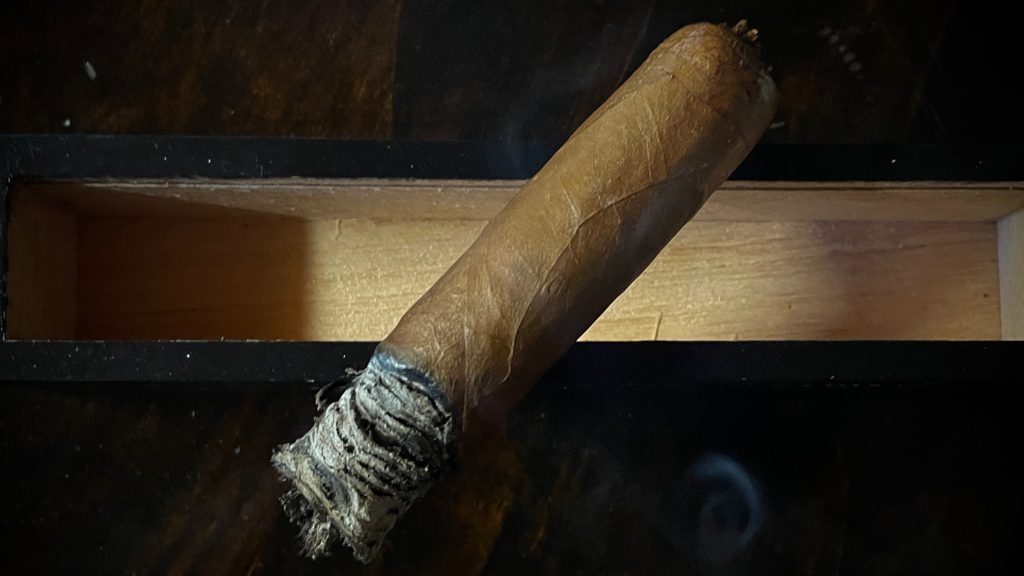 The combination of dark roast coffee and cream are working together very much in the Adobe’s favor at the beginning of the the second third. The pepper spice has now downshifted to mild territory and the draw’s leather and mineral flavors are still present but much more under the radar as well. All of this action is resulting in an extremely smooth smoking experience. A little before the fifty yard line, a dark chocolate note saddled with some sea salt enters the profile through the draw. That saltiness also begins to present itself via the retrohale soon after. At the end of the second third, the spice slowly begins to increase in strength just as I wrongfully assumed it was bidding us adios entirely. Construction continues to impress overall… 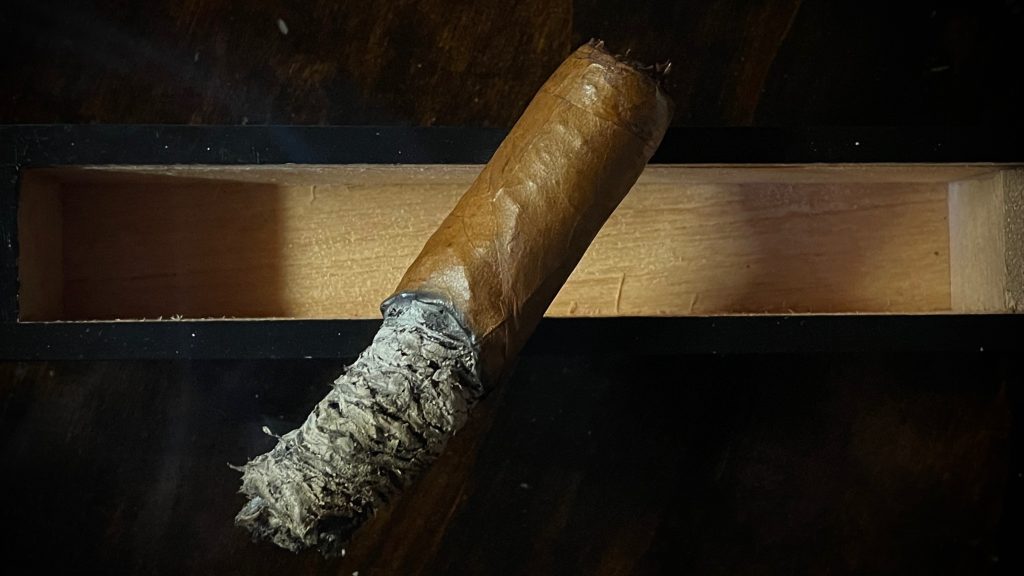 The pepper spice halts its incline in strength just before it can overtake and potentially interfere with the Adobe’s flavor profile, although it does begin to leave a consistent tingling sensation on the lips enforcing its crucial importance to the blend. The leather and chocolate are both now gone; however, the saltiness remains and it continues to compliment the dark roast coffee and cream notes superbly. To its credit, the Adobe never burns hot and I’m easily able to enjoy it until there’s just barely any trace of a cigar left. 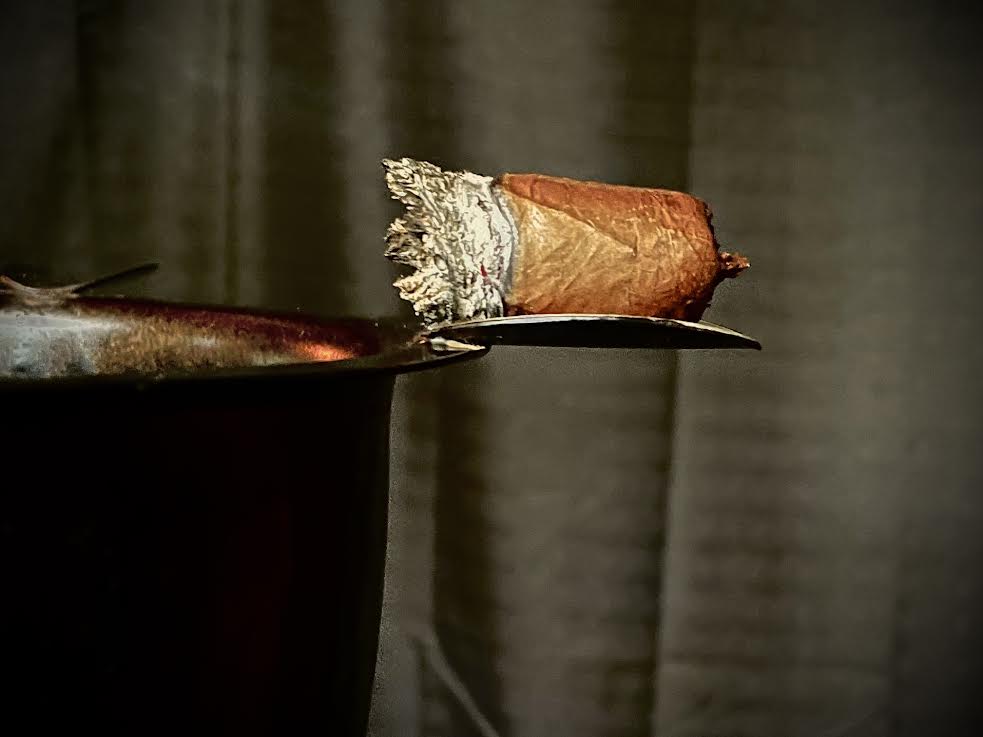 I can confidently report that the Nica Rustic Adobe toro is not going to offend any premium cigar smoker from experienced pros to novice beginners – it’s just a damn good, expertly constructed, highly agreeable cigar over the duration of its 92 minute smoking time. And at this price point, I imagine that it will quickly become a staple in many humidors as it will please those who seek out some spice without getting kicked in the teeth and those who can appreciate the subtle yet ever present coffee, cream, and salt notes that make up the Adobe’s signature profile.