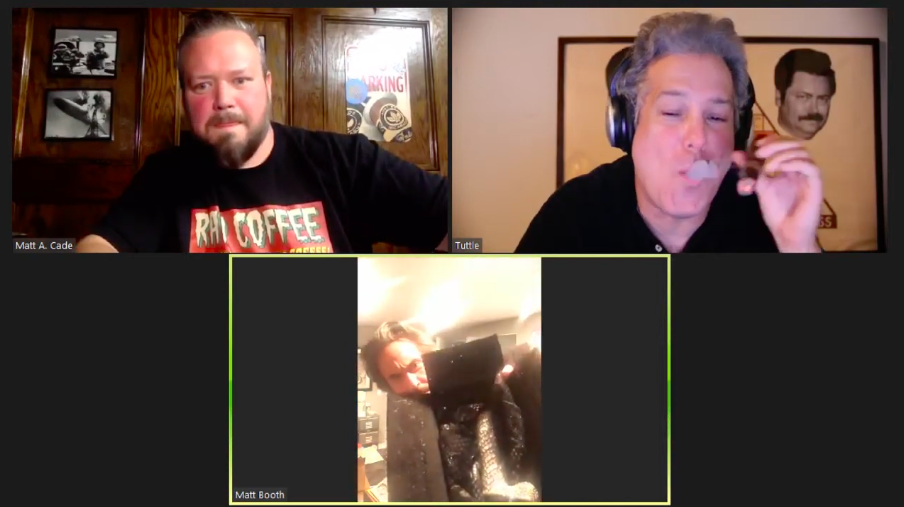 Every time I start thinking about not doing any more interviews with cigar industry folks here on the podcast, we talk to somebody like Matt and my faith in the value of good conversation is restored. You can watch our interview with Matt Booth HERE or just click the links below to enjoy it during the course of the show. Let’s party suckas!!!

THE CIGAR – DOOMSAYER AGGRESSIVE by ROOM 101

We smoked our first and only Room 101 cigar back in 2016 on Episode 32 where we all highly enjoyed the Namakubi, so much so that Yak Boy, Tut, and I all went in on a box purchase immediately following the show. Room 101’s Matt Booth briefly exited the cigar industry in 2017 but he emerged from retirement with a vengeance soon after and this cigar is one of his very latest offerings. 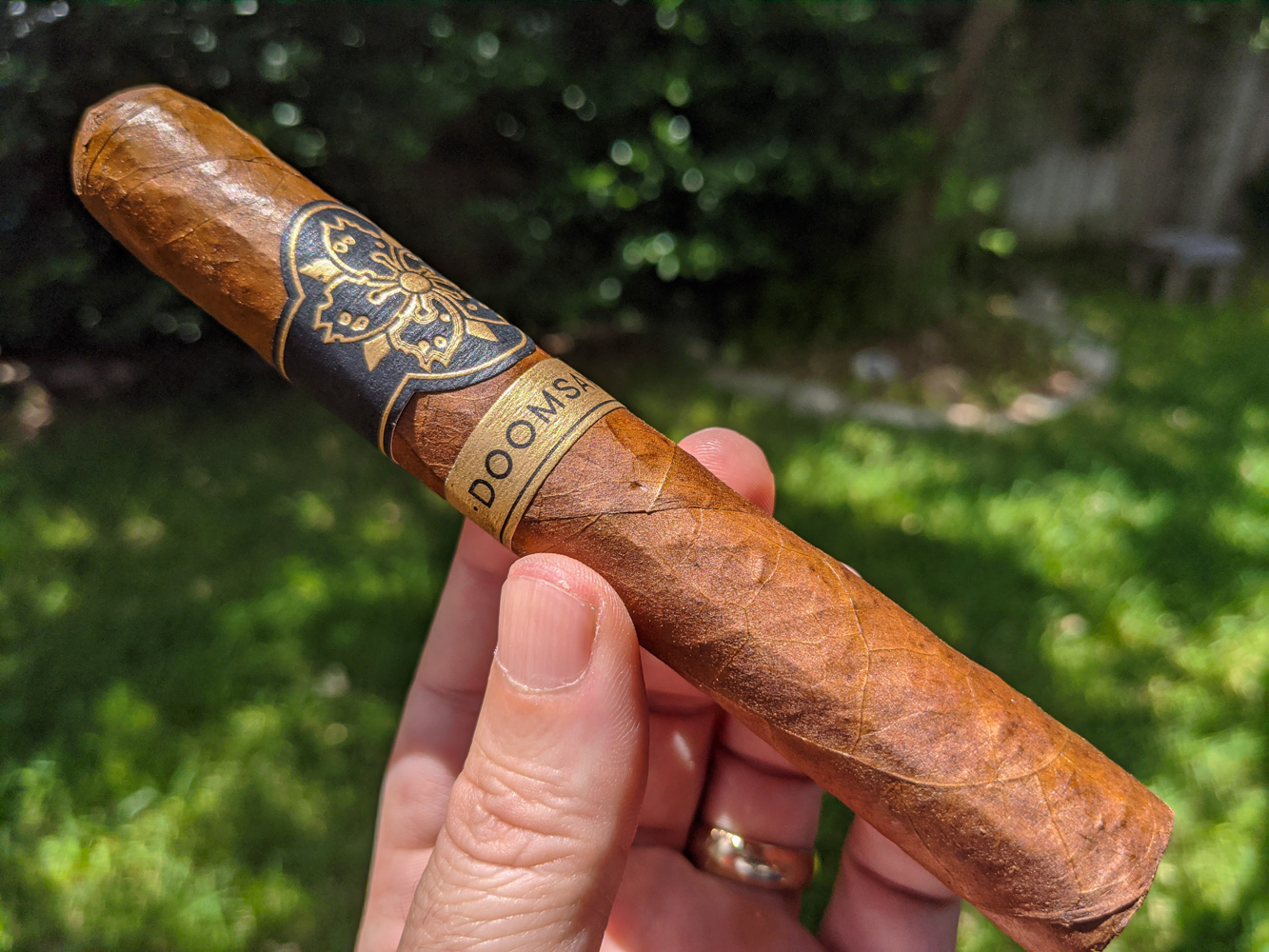 The Doomsayer Aggressive is a fine looking cigar with Room 101’s signature Sakura band and it’s packed just perfect with only the slightest amount of give when squeezed between two fingers. The cold draw features a slight hint of tea leaves (we’re not a herbal tea drinkers so none of us knuckleheads could pin it down more specifically than that) joined by a strong rich sensation that’s similar to Redman chewing tobacco. 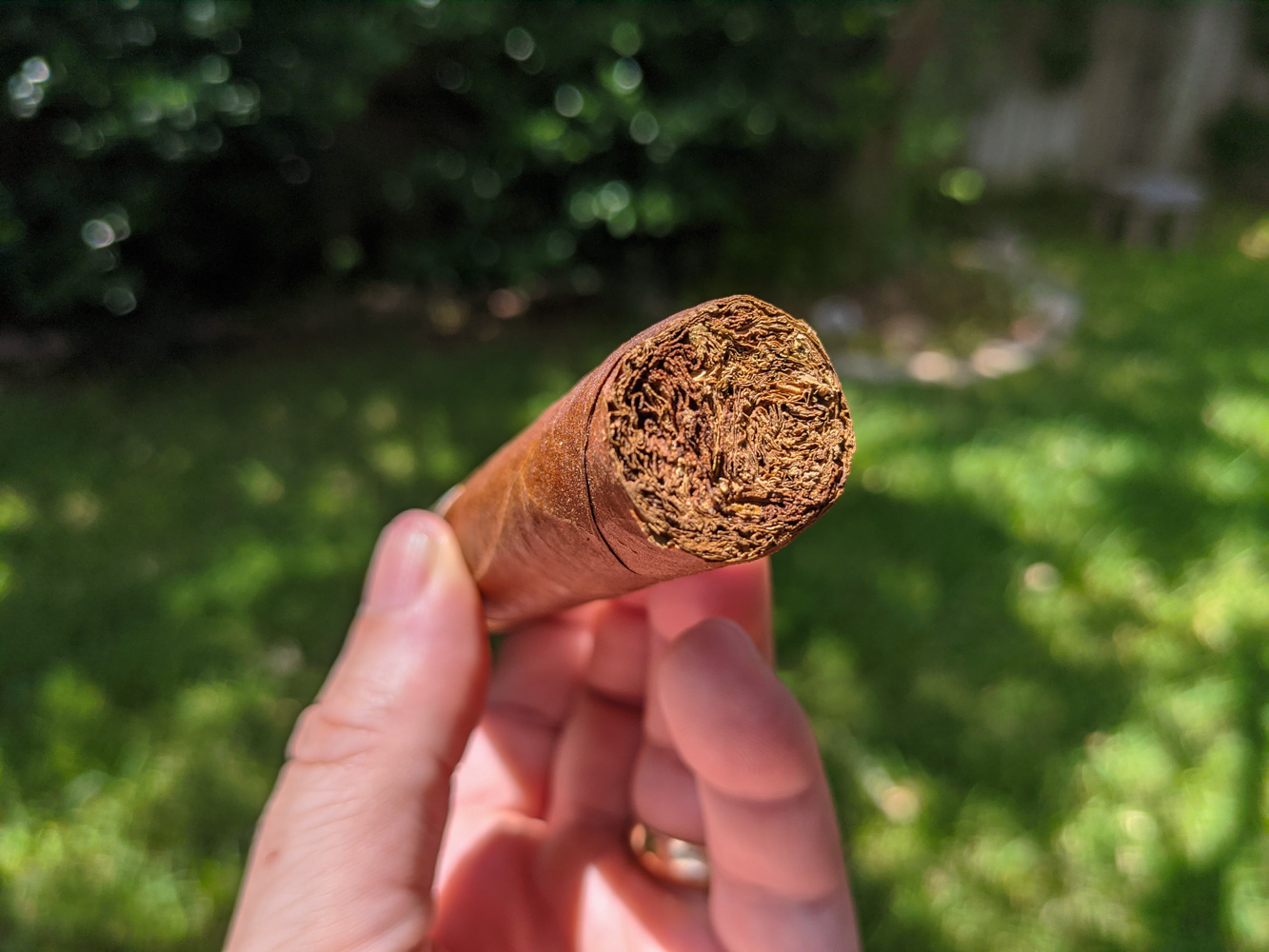 Gentle, warm spice on the retrohale provides a nice tingle on the nose but nothing ultra potent whatsoever. The draw is woodsy (95% cedar, 5% mesquite) with just a touch of mineral, leather, and chocolate. Construction is superb, the large cigar produces a big chunky ash and draws like a dream. Once some mineral joins the spice through the nose the leather shifts over to the retrohale as well and they dance very nicely together. 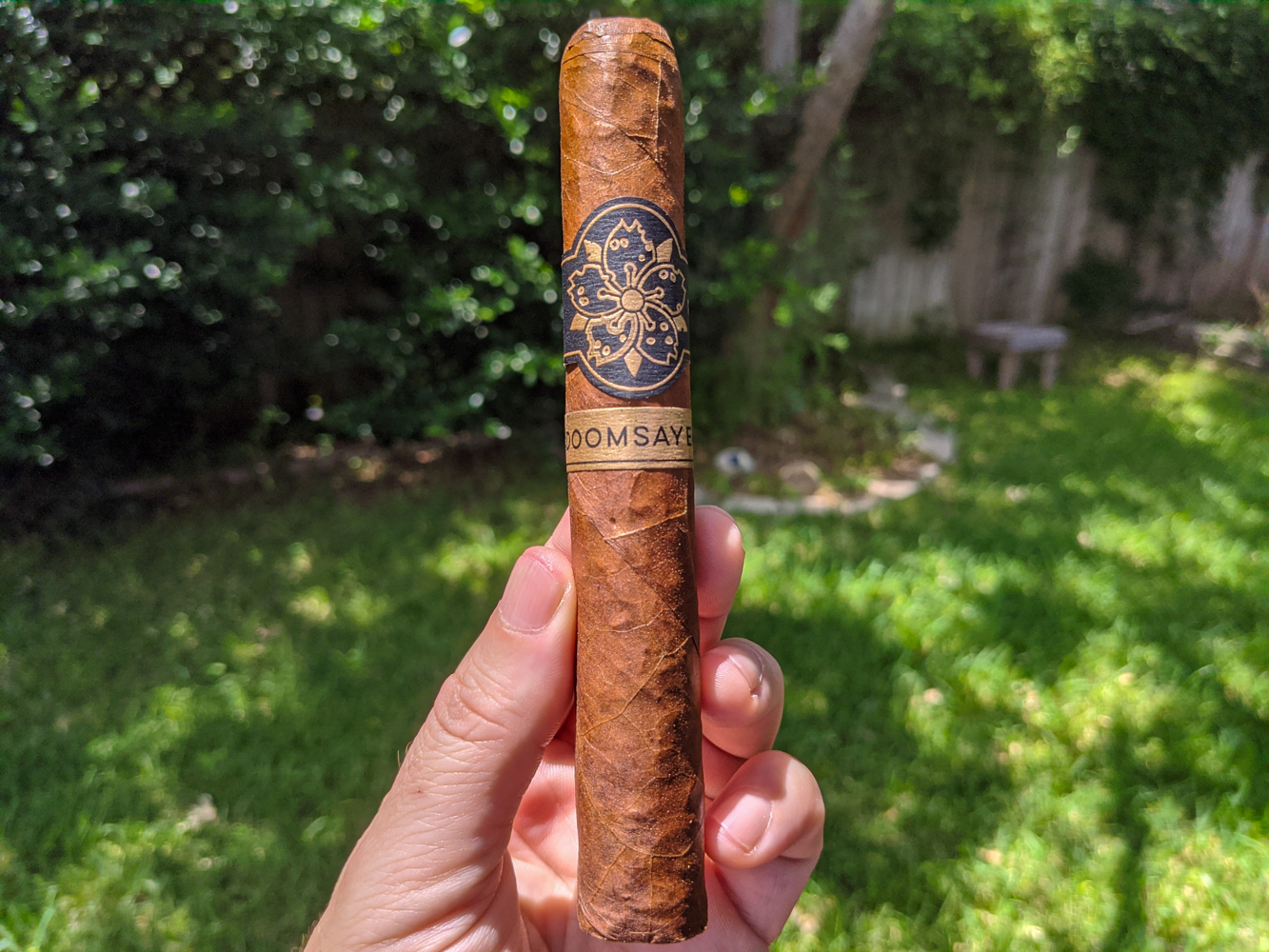 After an extremely brief jump up in strength that only lasted for a few minutes, the cigar mellows out quite a bit in the final third with mainly pleasant mineral and a bready note on the retrohale while the cedar and leather are the remaining prominent flavors on the draw. And right before cashing out the Doomsayer Aggressive, the spice comes back yet again full steam! It’s aggressive indeed and it solidified this cigar as NOT BORING and at the end of the day that goes a long way with us. It’s a nice rollercoaster of classic flavors, especially at this awesome price point, and that also goes a long way with us here in The Corner Of No Hope. Seek this one out! 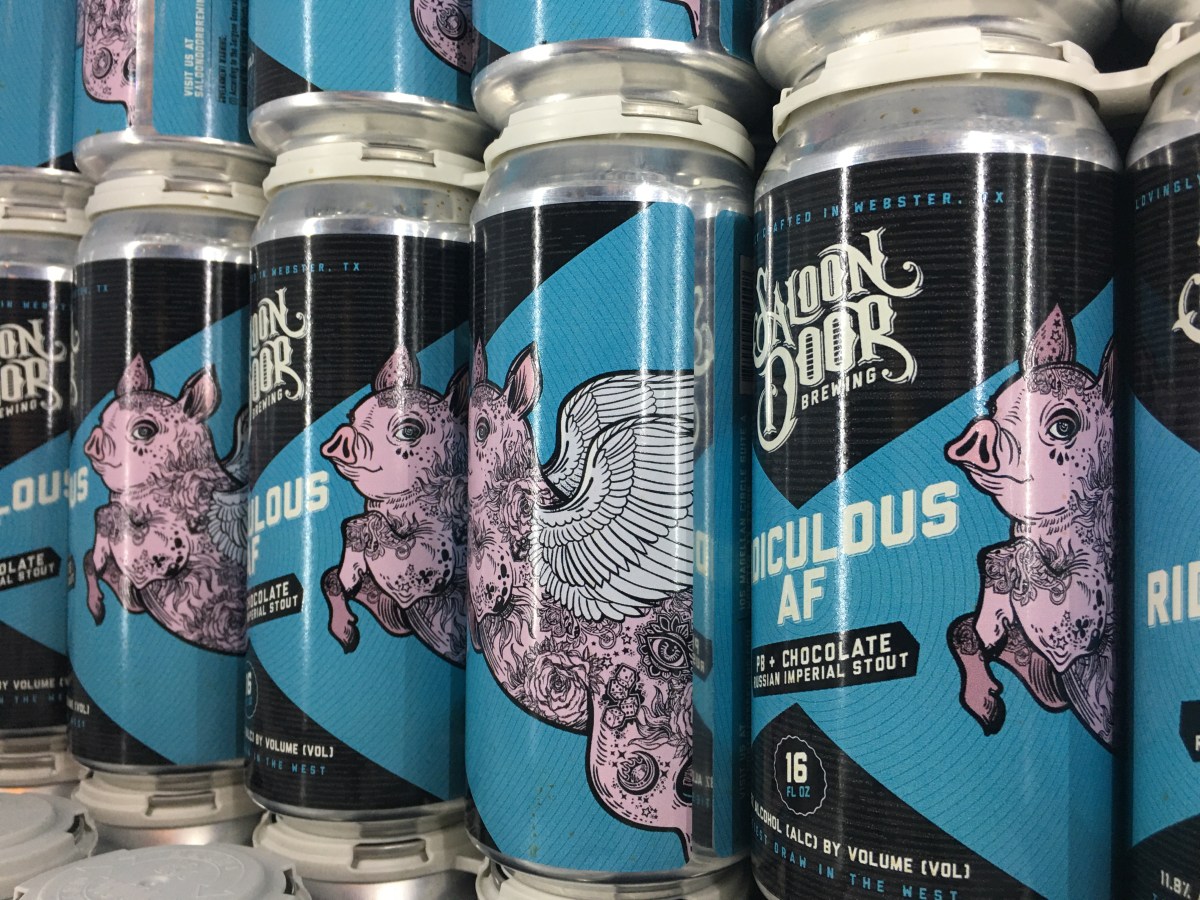 Tut chose the Ridiculous AF Imperial Stout because yours truly selected tonight the one Angie Everhart film where she doesn’t get naked and that is, let’s face it, RIDICULOUS AS FUCK. The beer is heavy on the chocolate and ABV, but light on the promised peanut butter. He felt it wasn’t a good choice for cigar pairings as what stogie could possibly compete with a Chocolate & Peanut Butter powerhouse beer. Seems as though a cigar/beer pairing expert would have picked up on that before purchasing but what do I know… 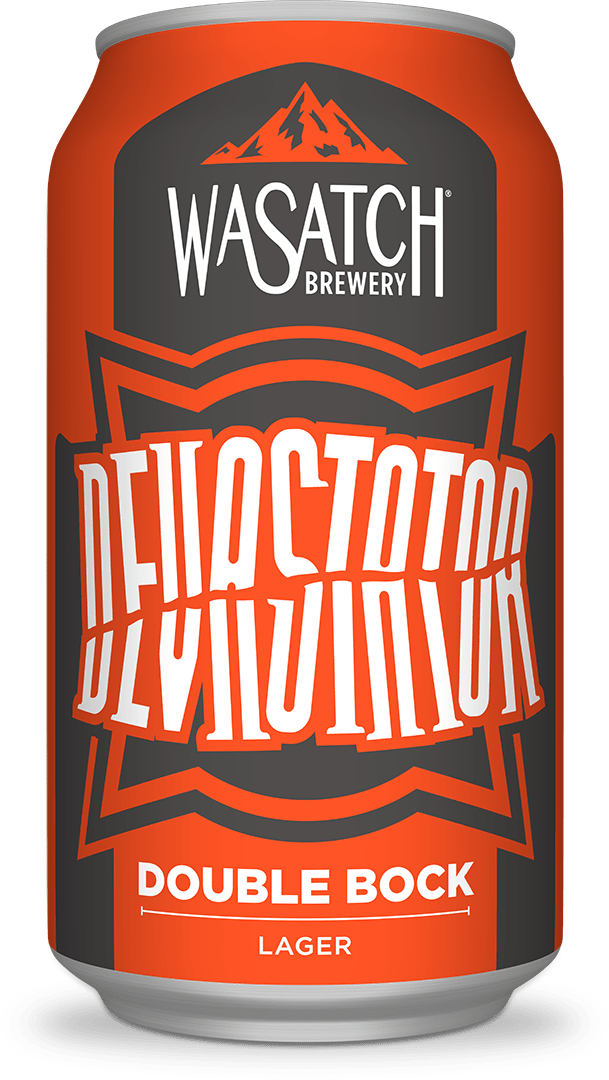 The Wasatch Devastator is a nice malty double bock with some rich fruitiness that paired very well with the mineral components coming through on the cigar’s draw. You can see who the true cigar/beer pairing expert is here… just saying. 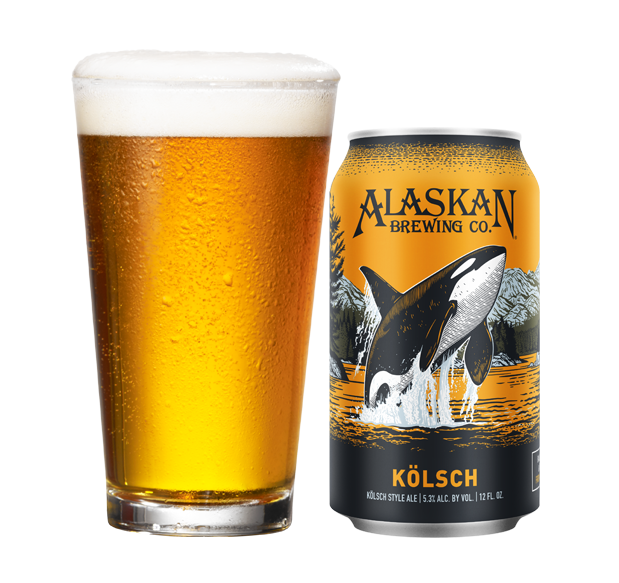 The Doctor diagnosed this Kolsch Ale as a very smooth, warm weather beer that’d be perfect for the golf course. Doc is sadly unable to join us on the stogies these days, so we have no idea how this beer would pair with tonight’s cigar; however, smooth and crisp beers usually don’t clash with anything so you’re probably safe.

Our resident beer brainiac chose the West Coast IPA from Green Flash Brewery, he loved it and I was jealous of his love for it because it sounded delicious and right up my alley. Yaks reported that the West Coast IPA’s advertised sky high IBU actually delivered the glorious hop bitterness that was promised – which is rare in today’s craft beer world. Unfortunately the bastard bought the last sixer at our local liquor store so I can’t try it… did I mention he’s a bastard? 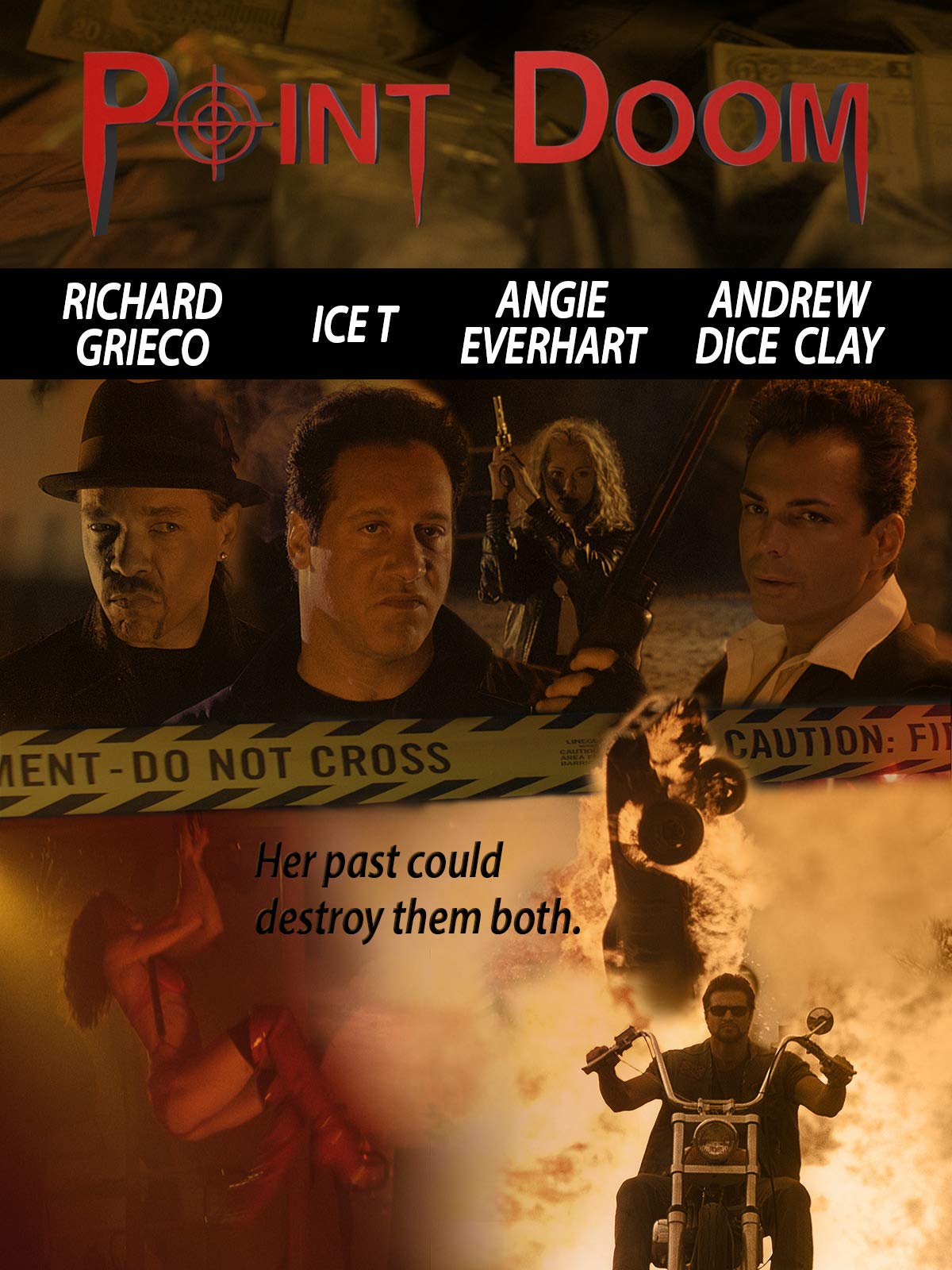 Am I the only person who gets super annoyed when the actor names printed on a movie poster don’t align with the image of the actual actor? I mean i know that Ice-T isn’t Richard Grieco but still… So besides the obvious reason for choosing tonight’s film for discussion (hello, we are smoking the DOOMsayer cigar), take one look at the poster above and tell me how we could possibly not talk about a movie featuring that cast! Grieco, Ice-T, Dice Man, and they left out the biggest onscreen surprise of them all 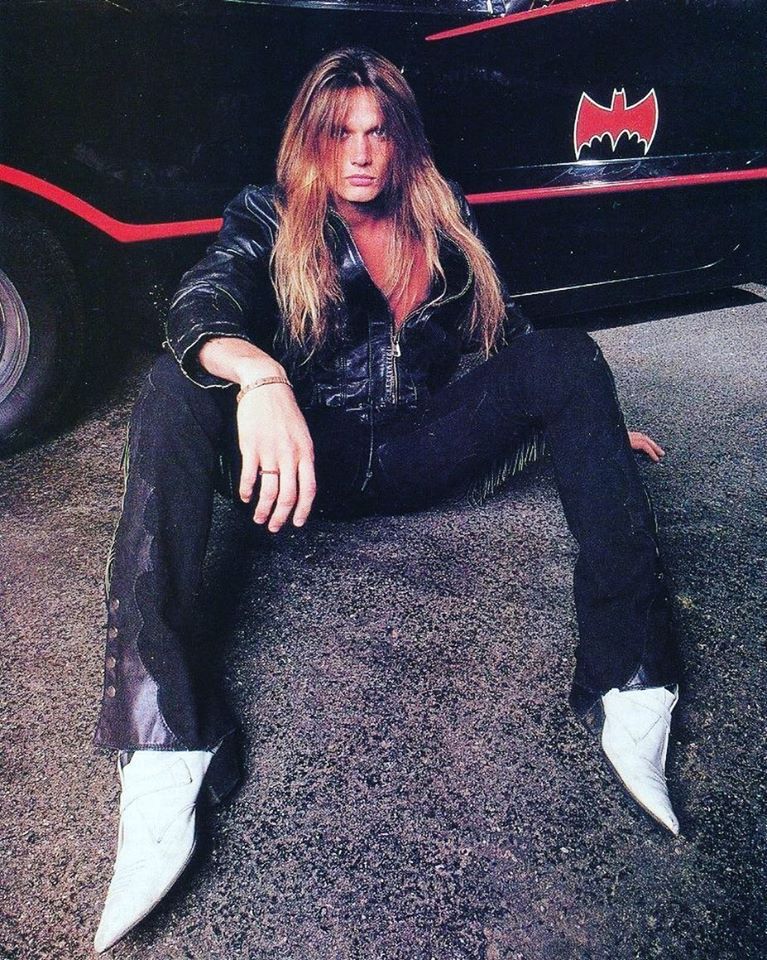 That’s right, Sebastian Bach is this fucking thing! AND he wears his trademark white boots! Why? Because he’s the only human being alive who could possibly wear those white boots, that’s why. This action thrillride features, bikers, strip clubs, and… well that’s about it honestly. But, boy oh boy, do we have a blast talking our way through this one. So hit up the links below. watch or listen, and let’s get this party started. 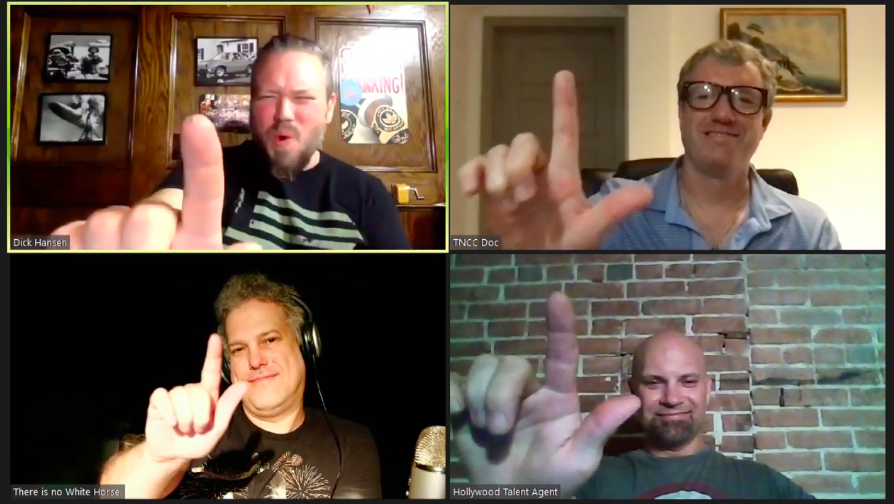