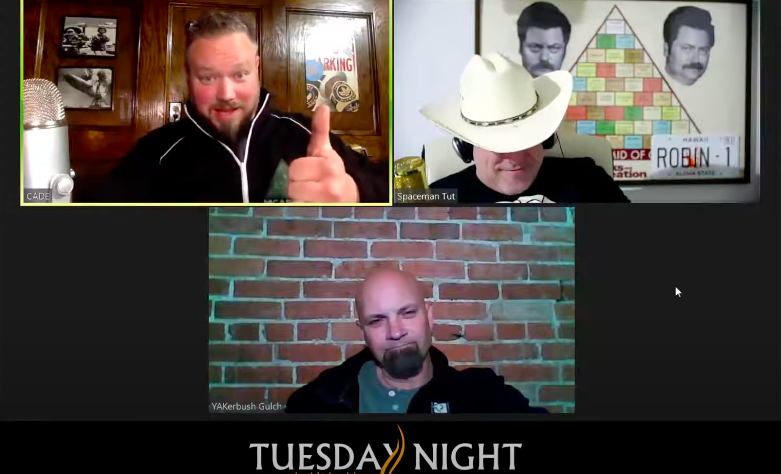 I don’t care what Cowboy Tut says, I give this episode a big THUMBS UP!

I warned the guys tonight that if I sensed that either of them was performing Kegel exercises during the show, I would walk away from the microphone and never return. But luckily I did not hear a single Ben Wa ball drop over the course of three hours so everything worked out just fine. And if you think that shit you just read sounds insane, just wait until you click the links below and JOIN THE PARTY!!! Cmon folks, let’s get insane.

Size: 4 1/2 x 50 (short robusto)
Wrapper: Connecticut broadleaf
Binder: Brazilian
Filler: Honduras & Nicaragua
Price: $21.89 per Halfwheel.com’s reporting (and please remember when purchasing some fine Drew Estate cigars or other brands from FamousSmokeShop.com to use your new favorite promo code TNCC20 at checkout where it will knock $20 off your purchase of $100 or more) 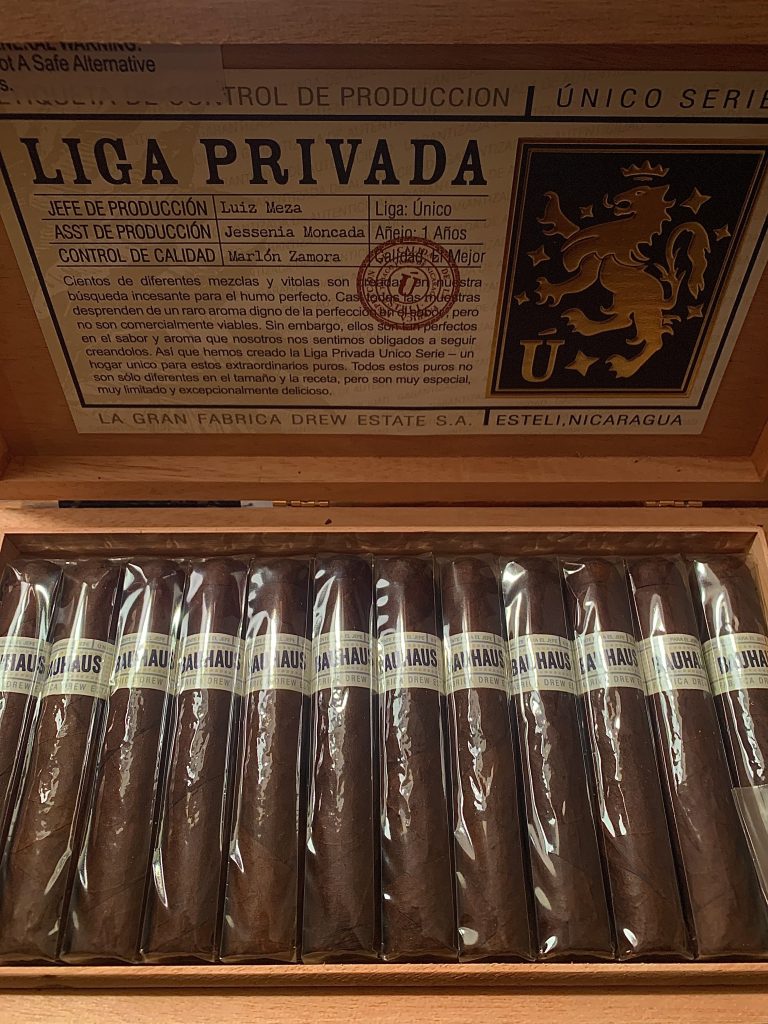 The Liga Privada Bauhaus is a European exclusive release (beginning with Germany and The Netherlands) that Drew Estate says “pays extra attention to leaf placement within the cigar, intentionally designed to take our European aficionados through a newly curated experience”. And that extra attention to leaf placement makes sense when you consider that the basic tenant of the Bauhaus architectural movement is that every object must have a purpose in design. 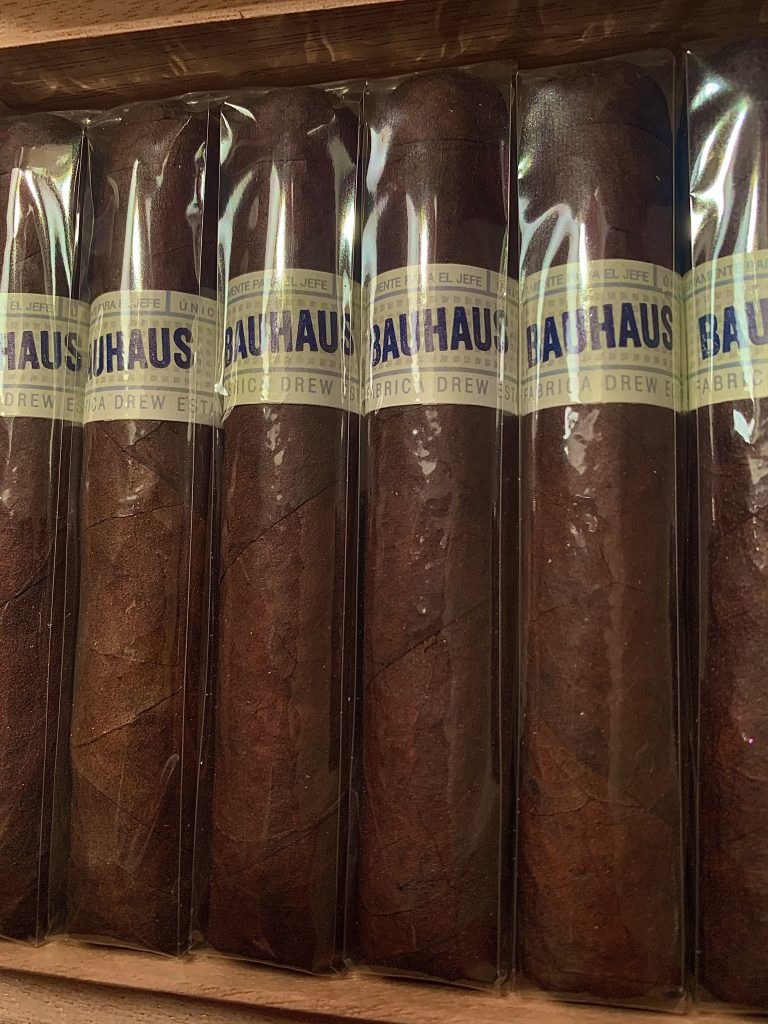 And just how does the Liga Privada Bauhaus tie in to tonight’s film High Noon on Makeout Planet? Well, honestly, it doesn’t. We were going to pair this steamy movie with the very steamy Wunder|Lust cigar from the boys over at RoMa Craft but earlier this week RoMa’s Skip Martin posted a rant on social media where he said this about those who do what we do here at The Tuesday Night Cigar Club:
“I’ve decided that there is almost nothing more painful to listen to than a person describing, at length and in excruciating detail, what they are tasting/have tasted while smoking a cigar. I honestly can’t believe there is anyone left in this world that thinks this is useful or entertaining.”

So that’s what Skip wrote on his personal page. It’s his opinion and I’m not really interested in delving in to it, to each their own, BUT it did feel very weird to fire up the mics and give a RoMa Craft cigar any airtime this week. By no means does that infer that we won’t feature their awesome cigars again, by no means does that mean we don’t still consider Mike and Skip friends (2/3 of us are attending their inaugural WeaselFest in a few months), it just means that it would have felt odd to smoke a Wunder|Lust tonight so I called an audible and picked something out of the TNCC humidor that looked sexy as hell and was just begging us with its smoky bedroom eyes to light it on fire, stick it in our mouths, and talk about it for three hours. In excruciating detail, I might add, noting every unique and distinct flavor that graced our expert palates… So no drama, all love, now let’s get to the BAUHAUS! 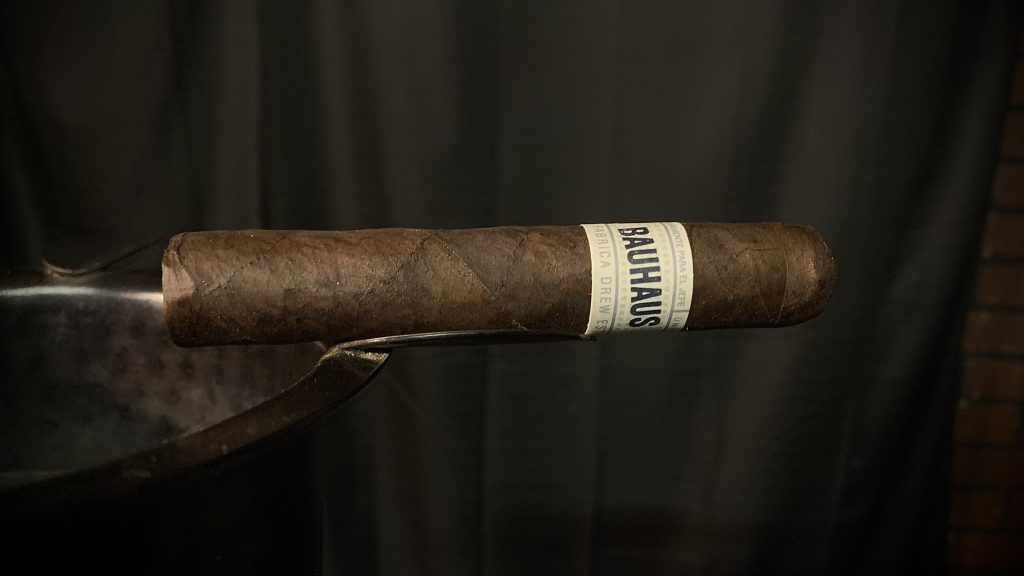 The oily broadleaf wrapper of the Liga Privada Bauhaus gives off a strong earthy and mild chocolate aroma and there’s an undeniable sweetness presented when sniffing the foot of the cigar directly. After barely clipping the cap, there’s just a tiny sense of that sweetness on the cold draw but it’s definitely detected on your lips. Tut said “the aroma is barnyard heaven with a bit of chocolate, it’s like a hay field came alive in your mouth”. Okey Dokey. The pepper on the back of your throat upon ignition is undeniable, the Bauhaus let’s you know it’s on fire. There’s leather and earth on the draw and those flavors are totally in synch with our most beloved Liga cigars such as the No. 9 and Feral Pig. Smoke production is gorgeous, the smoke travels lazily and sexily up from the foot to the head, and when it meets the smoke trail from the cap around the band they intertwine together and float upwards creating a gorgeous cloud in the sky. I don’t know about y’all but aesthetics matter to me when smoking a fine cigar. 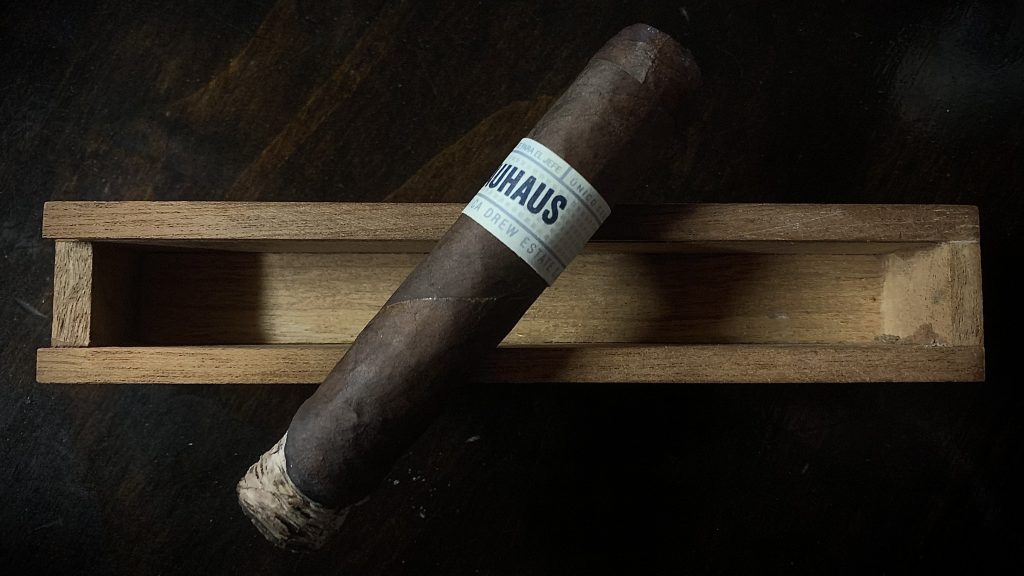 Mineral and cedar enter the party via the retrohale in the second third and they gel expertly with that medium-strength pepper. Construction is beyond phenomenal with a stack-of-nickels ash and a super smooth draw from start to finish. Speaking of the pepper, it ebbs and flows throughout the smoking experience – one moment it’s prevalent and strong and a few puffs later it lays low only to pop up again later on – and that complexity in strength is awesome. Me thinks that the strategic Bauhaus-inspired leaf placement (ligero?) is paying off. On the draw we’re getting dark chocolate, earth, and mineral – it’s simply delicious. 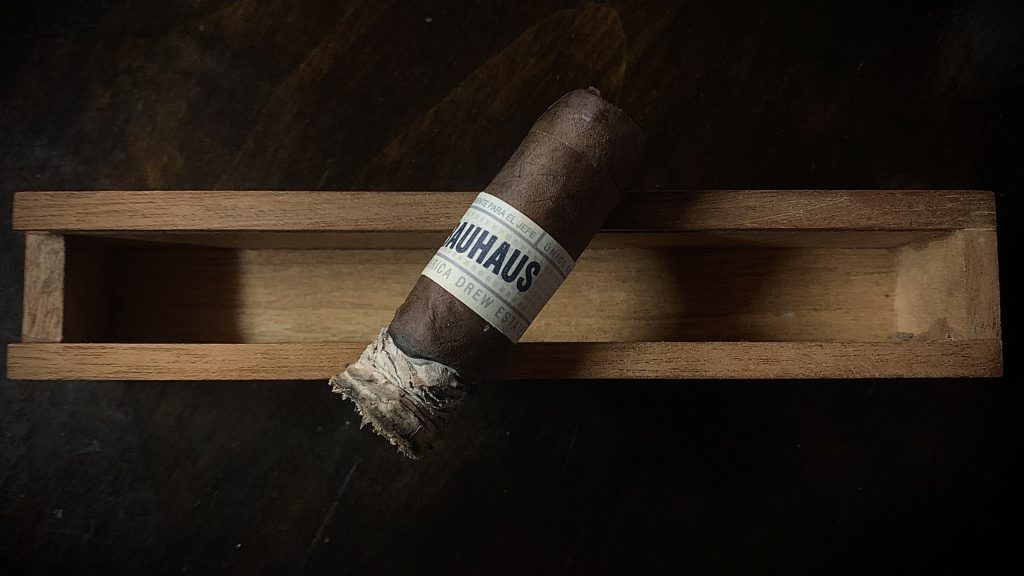 A flavor that’s reminiscent to French Roast coffee enters the party in the final third and it fits in smoothly with all the existing notes present. I envy the European smokehounds who can get this cigar much more easily than us as it is a phenomenal smoke and brings something to the table that other offerings in the Liga Privada family do not. I hate boring cigars and the Liga Privada Bauhaust ain’t boring by a long shot. Tut accurately called it a “wonderful cigar” and I’ll leave it at that. 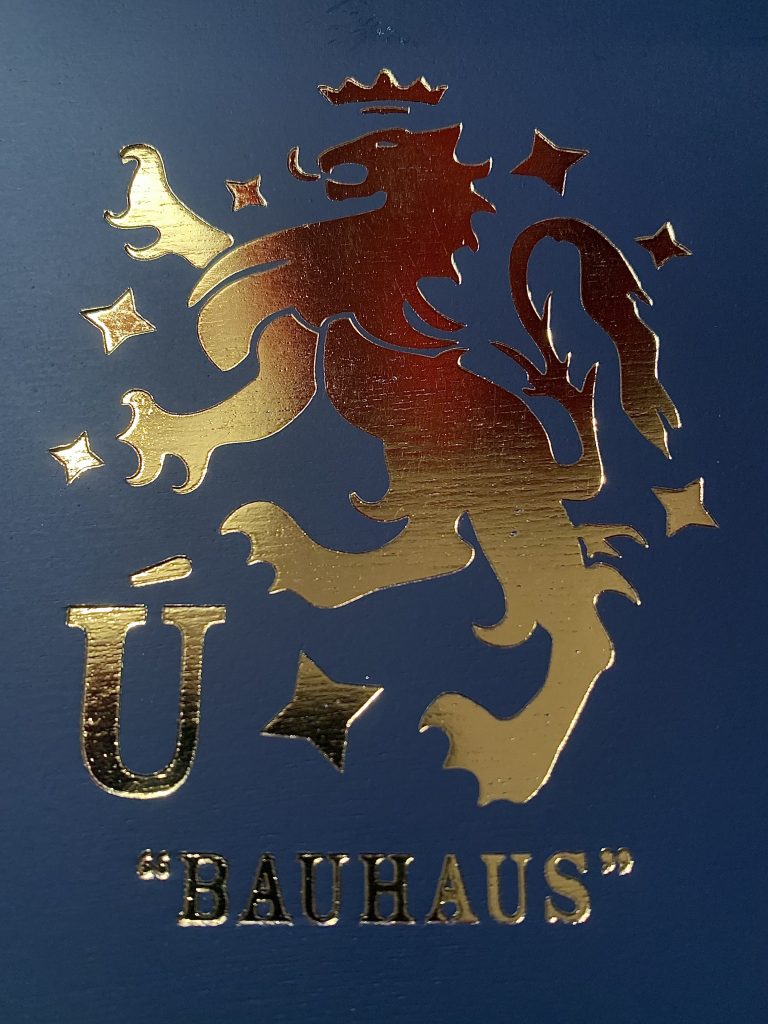 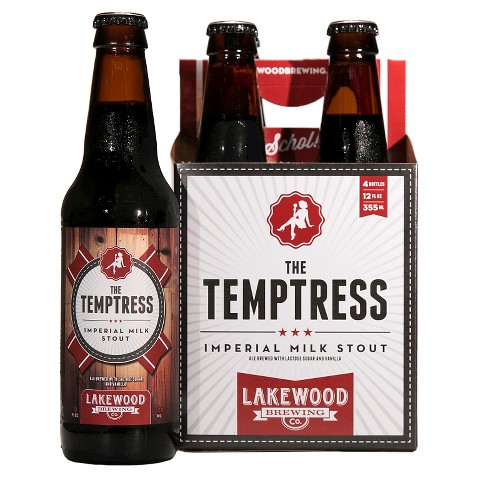 My God this milk stout pours a beautiful head! One of Yak Boy’s all time favorite beers (he says you’re a damned fool if you can find it on tap and you don’t seize the moment) clocks in at 9.1% and 55 IBUs and the caramel sweetness and cream profile rule the day. This is a heavy fucking beer and Tut loved it. And we have several actual temptresses in tonight’s film so that tracks. Unfortunately, this beer says “No No!” and washes all of the cigar’s flavors away the minute you take a sip. So, while the Temptress was great, the cigar pairing itself was a failure. TUT’S PAIRING GRADE: C

This pale, straw-colored beer features a spaceman on the label and our only male character in tonight’s film is a spaceman so obviously I know what the fuck I’m doing here. At 6% and 40 IBUs, this is one of those very rare occasions where I felt the brewer shortchanged the bitterness as this beer had a crisp hop bite out the ass! The aroma is pure citrus (mainly orange and lemon but those flavors thankfully don’t show up on the sip) and the presented flavors are mainly maltiness and a sharp hop bitterness. I thought it was delicious and really dug it. That prominent bitterness compliments the pepper on tonight’s cigar beautifully throughout the smoking experience… it’s pairing heaven. 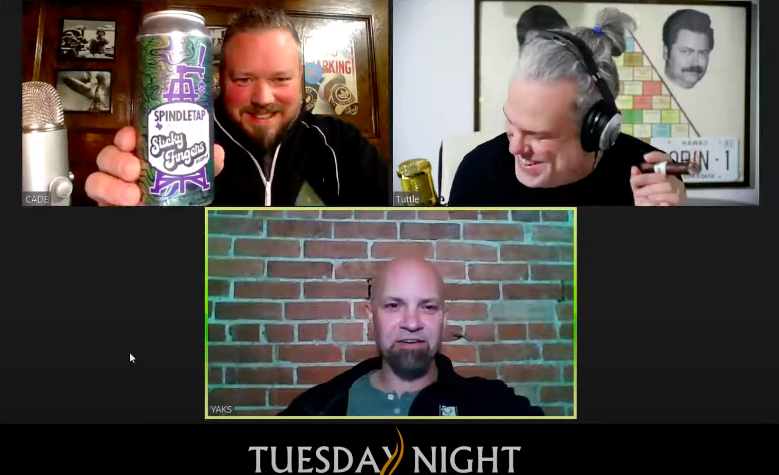 While this hot and heavy movie does indeed have some sticky fingers “in play”, this 8% double IPA turned out to be a pairing limp dick. The aroma is cantaloupe melon heavy and the pour looks like I just dropped a cantaloupe in a blender. Way too sweet and I honestly didn’t enjoy it at all… I think the perfect pairing beer with this cigar would perhaps be a Don de Dieu tripel from Unibroue, so it looks like I have my homework assignment… CADE’S COLLECTIVE PAIRING GRADE = A 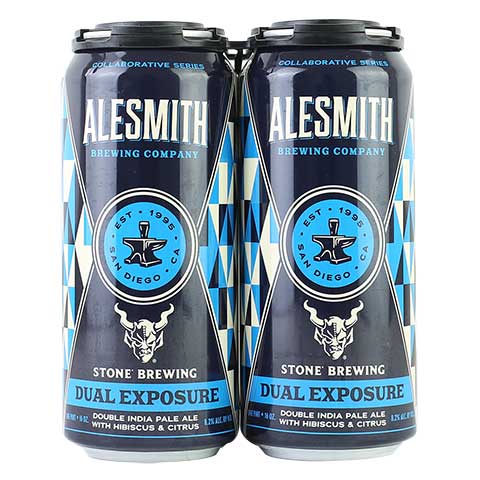 At 8.2% and 60 IBUs (which Yaks found spot on), our resident beer expert picked this reddish beer because he saw “dual exposure looking at all the titties in tonight’s film” which seems like a stretch, pairing wise, because it is a stretch pairing-wise. There was a definite hibiscus floral component to the Dual Exposure Double IPA but Yaks felt it was wisely downgraded to a background note rather than hitting you with hibiscus on the forefront of each sip.
YAK BOY’S PAIRING GRADE = C- 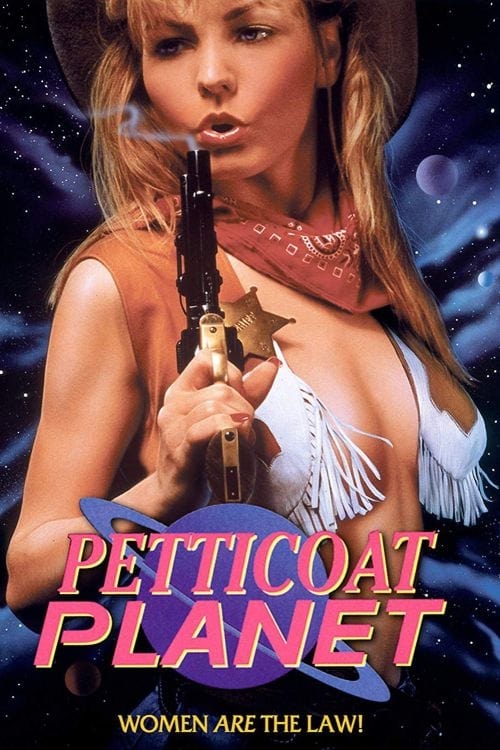 Now be aware, folks at home, there are 2 different versions of this film streaming on Amazon Prime as of today. There’s a 54 minute version that Tut watched that’s billed as High Noon on Makeout Planet (for $5.99) and there is also a cut that’s 20 minutes longer billed as Petticoat Planet (for $1.99?) that Yak Boy and I soaked in. So it will be interesting to comment on the differences between these two different edits of the movie as we go along. Look at me being all analytical with this fucking thing, like we’re examining different versions of Apocalypse Now or Spartacus… but that, my friends, it is exactly what we do here in The Corner Of No Hope. 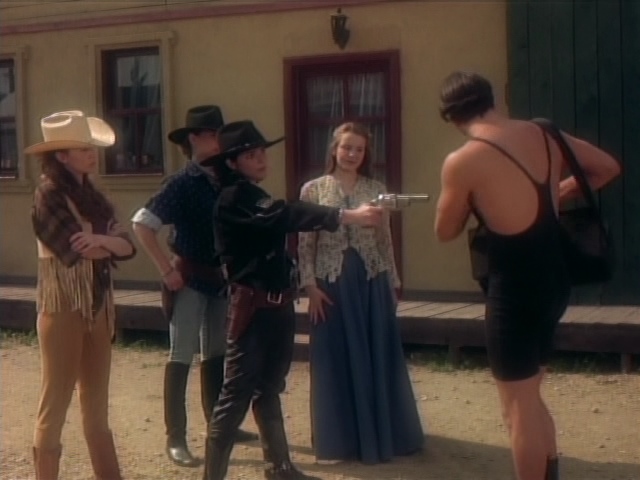 This film’s screenwriter has written 12 “Wrong” movies for the Lifetime Movie Network and its director has sat behind the camera for 22 “Wrong” Lifetime movies! So while you might be thinking that you’re tuning in to the wrong podcast, I assure you that we’ve chosen the RIGHT wrong movie to entertain your eyes and earholes this evening. Don’t believe me? Well just click on the links below and you’ll see for yourself that I aint lyin’! 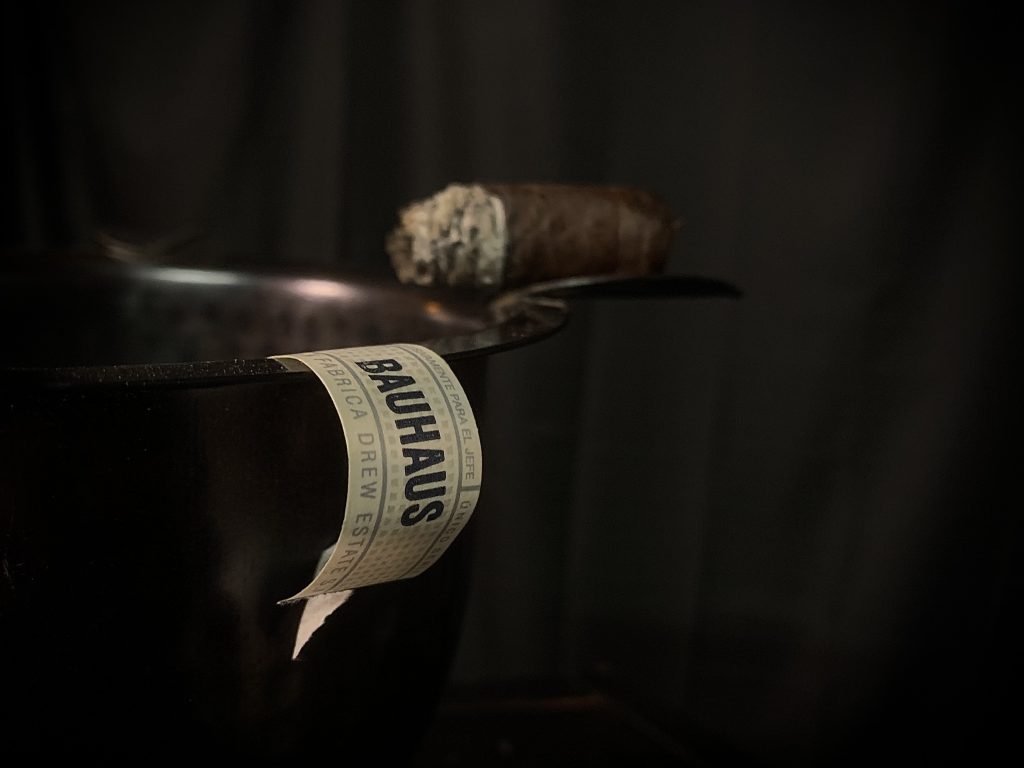 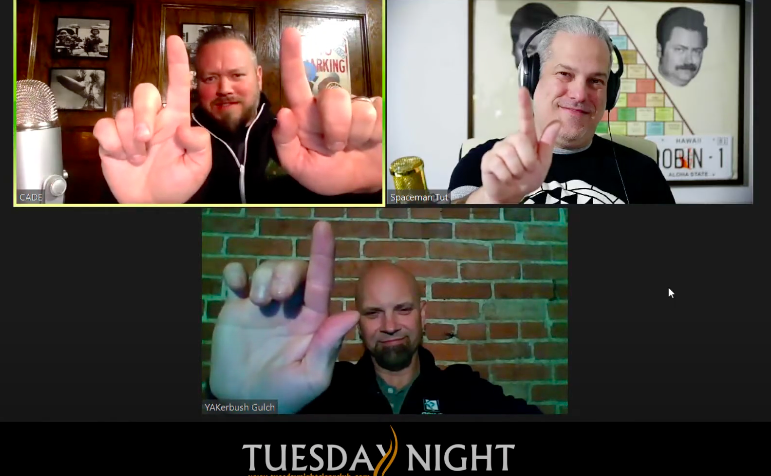