Narrow underwater caves... body of water that feeds out to the ocean... nobody is a licensed scuba diver... no one knows where they are... what could possibly go wrong?!?! 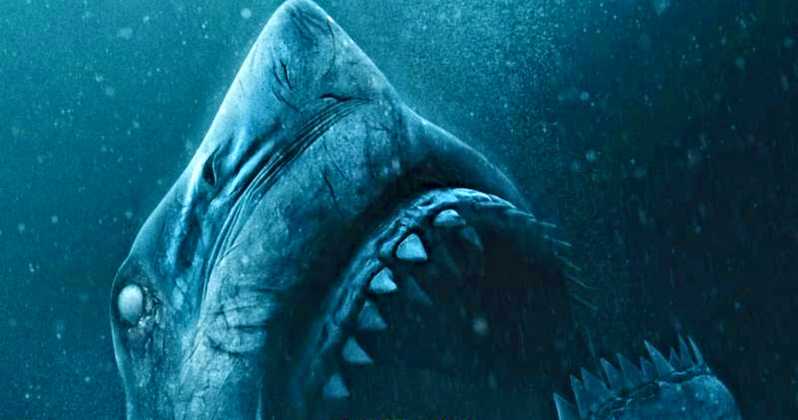 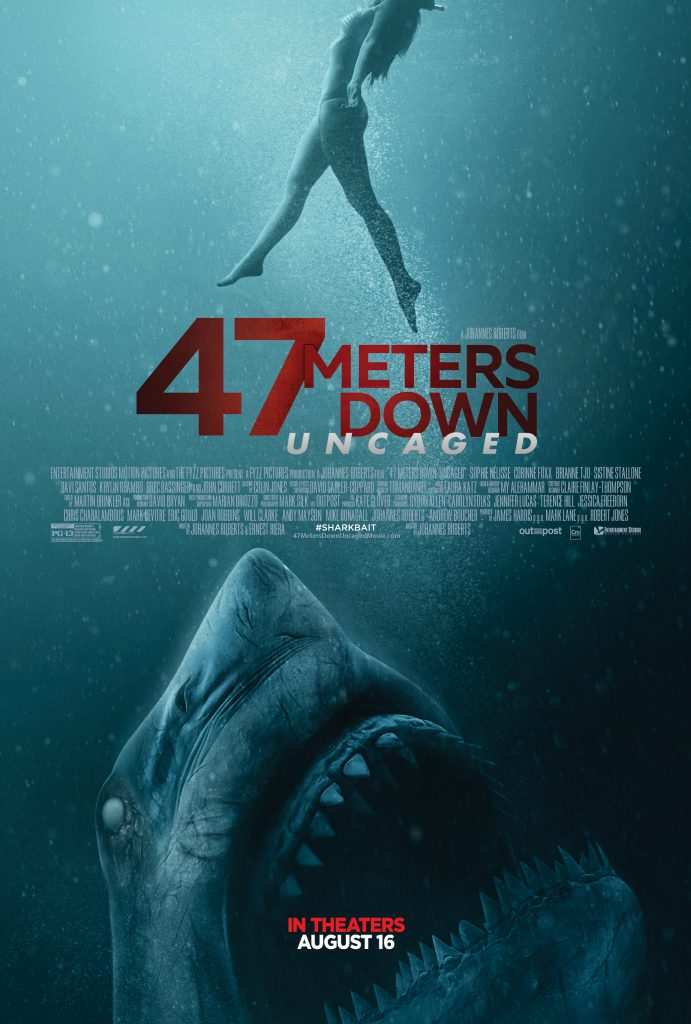 Certain elements of the American experience cannot help but be polarizing. These elements cover great swaths of territory ranging from philosophical and political beliefs to more tangible and recognizable things, such as a work of art or whether the quarterback of your favorite football team is a charlatan or not. Perhaps there is no more penultimate example of a polarizing entity than that of the motion picture construct of “The Shark Movie”. Yes, when it comes to creature features involving that great white-bellied beast, it seems that moviegoers either love ‘em or hate ‘em. As has been stated on multiple occasions, your favorite Doctor falls firmly into the former category. I am transfixed by shark movies and their possibilities in the same way that some people are transfixed by horse racing or lighting fires. This began many a moon ago when I saw Jaws for the first time and has followed me throughout my life. It was only natural, therefore, that I made my way to the local cinema for a weekday matinee of 47 Meters Down: Uncaged.

The proceedings didn’t get off to the greatest start, but thankfully that was before I entered the theater. I was handed my small popcorn, not in the usual biodegradable paper bag but rather in a small, plastic bucket that looked like a child’s sand pail. What Gives, I asked the smiling doofus who handed me the sand pail. He said that they were trying to get rid of the buckets, but I would get more popcorn in the child’s pail. This turned out to be patently untrue as I finished my popcorn in about three minutes – it held about half what the bag usually does and was gone before the trailers ended – but there was no use in complaining as the concession custodian appeared to be high on some combination of THC and spray paint. Oh well. 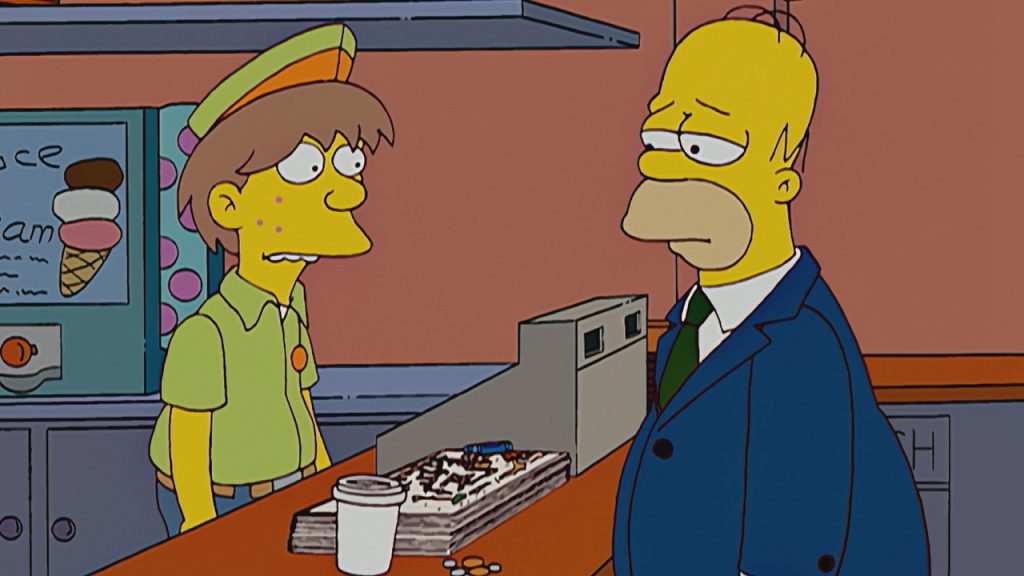 The first theme of 47 Meters Down: Uncaged is that teenagers are unremittingly mean. I guess anyone who has lived through their teenage years is already aware of this. Seriously, though, what kind of an asshole shoves someone carrying all their textbooks into a swimming pool? This act is perpetrated on our main character, the cute but bookish Mia (Sophie Nelisse) by an uppity bitch named Catherine (Brec Bassinger) in the film’s opening scene. This is derivative – but necessary – as it creates a sympathetic character dynamic in a relatively short time. Mia’s shaky social status now established, we can dive into the meat and potatoes. Mia lives in coastal Mexico with her father Grant (John Corbett of Sex in the City fame) along with her stepmom Jennifer (Nia Long) and stepsister Sasha (Corinne Foxx, daughter of the famous Jamie Foxx.) Grant is an underwater research scientist/archaeologist who is working on excavating the remains of an ancient Mayan City that has been discovered in a series of caves. This discovery lies in an area that is now below sea level and feeds into the ocean. We must have our exposition to create plausibility, no? Well, unless you’re watching jet skis fly into a giant shark’s mouth in Shark Attack 3: Megalodon, in which case any sort of plausible exposition is unrequired. 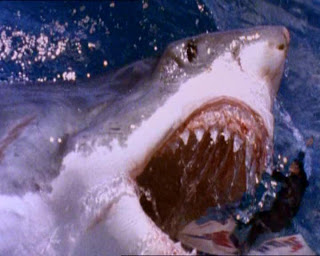 Yeah, that’s a dude riding straight into a shark mouth. If you haven’t listened to Episode 77 of our podcast you really REALLY should!

Rather than go on a glass-bottomed boat ride* with her other snooty classmates, Mia is talked into skipping the field trip by her more socially well-adjusted stepsibling with the promise of something more adventurous. Mia joins Sasha and her friends, including Nicole (the lovely Sistine Rose Stallone, daughter of the one and only Sylvester himself!) for some afternoon fun in the sun. The slinky, attractive young ladies head down the not-so-beaten leafy path near the coast to cliff-dive and splash around in an isolated lagoon. Locating some scuba equipment set aside for the archaeologists, the gals dare to go spelunking in the underwater caves. Mia is reluctant at first, but she is enjoying her new friends and acquiesces without too much deliberation. 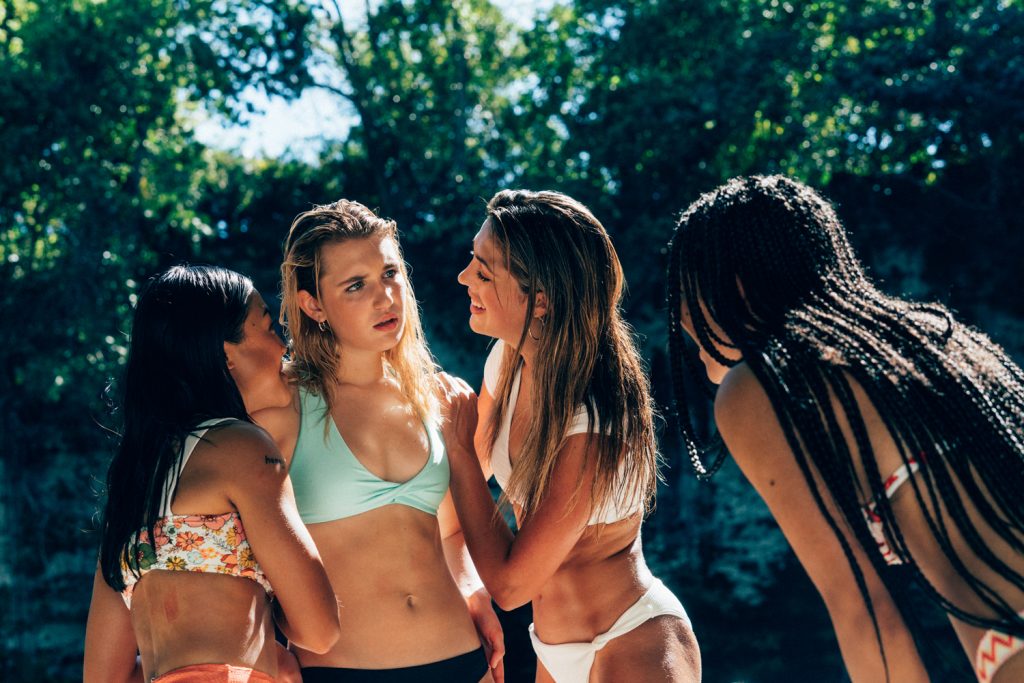 This doesn’t qualify as recklessness in The Doctor’s opinion; it’s outright stupidity. Narrow underwater caves… body of water that feeds out to the ocean… nobody is a licensed scuba diver… no one knows where they are… what could possibly go wrong?!?! Alas, while I may not be able to relate to meanness, I certainly can relate to teenage stupidity. There are no underwater Mayan caves in central Texas (thank God!) so TNCC chairman Cade, Yak Boy, and The Doctor’s own spelunking usually involved King Cobra malt liquor and Super Nintendo. I digress; suffice it to say that the film captures this familiar aspect of teenagers making poor decisions.

As with the name-only prequel, the underwater environment makes for an enticing character of its own, which is something of a necessity considering that most of the film takes place in the murky caves. This absolutely worked for The Doctor. A fear-inducing claustrophobia threatens to clamp down on the viewer as we try not to hyperventilate while breathing vicariously through the girls’ oxygen tanks. Clouds of dust motes, curving passageways, and strange eyeless fish are the order of the day. I imagine that the action sequences were shot in a large, contained water tank but it is professionally filmed. There is an excellent use of light and space – and subsequent lack thereof – as we wind through constrictive tunnels and into more cavernous areas where a large shark could easily be lurking. There is a definite feeling of something being down there with you, and the question of not If but When something will come swimming out of the darkness provides for a tension that never lets up throughout the almost ninety-minute duration. 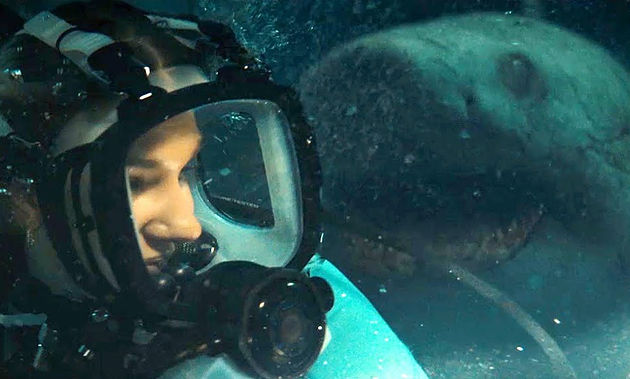 It’s all fun and games until…

What of the shark? This is always a dubious proposition. As Cade once said to me after having viewed the somewhat disappointing Shark Night 3D, “You know, Doc, in a shark movie, I’d at least like to see some sharks.” This holds especially true for a studio release with a few ducats behind it. While there are clearly some CGI moments in 47 Meters Down: Uncaged, the ghostly, white, blimp of a shark more than holds its own. It was probably all CGI – no one is building life-size models of Bruce the Shark anymore – but I thought everything more or less worked.

And the nepotism at play with the film’s casting? In general, this has never much bothered me, for such things are the way of the world. The scuba diving/swimming means that there could have been stunt performers heavily involved, but otherwise the performances are solid by everyone involved. Nelisse is the main actress, but most people will be interested to see how Corinne Foxx and Sistine Rose Stallone hold up. In addition to being easy on the eyes, I thought that both Foxx and Stallone each had charisma and a definite screen presence. I’ll be interested to see what they go on to do. 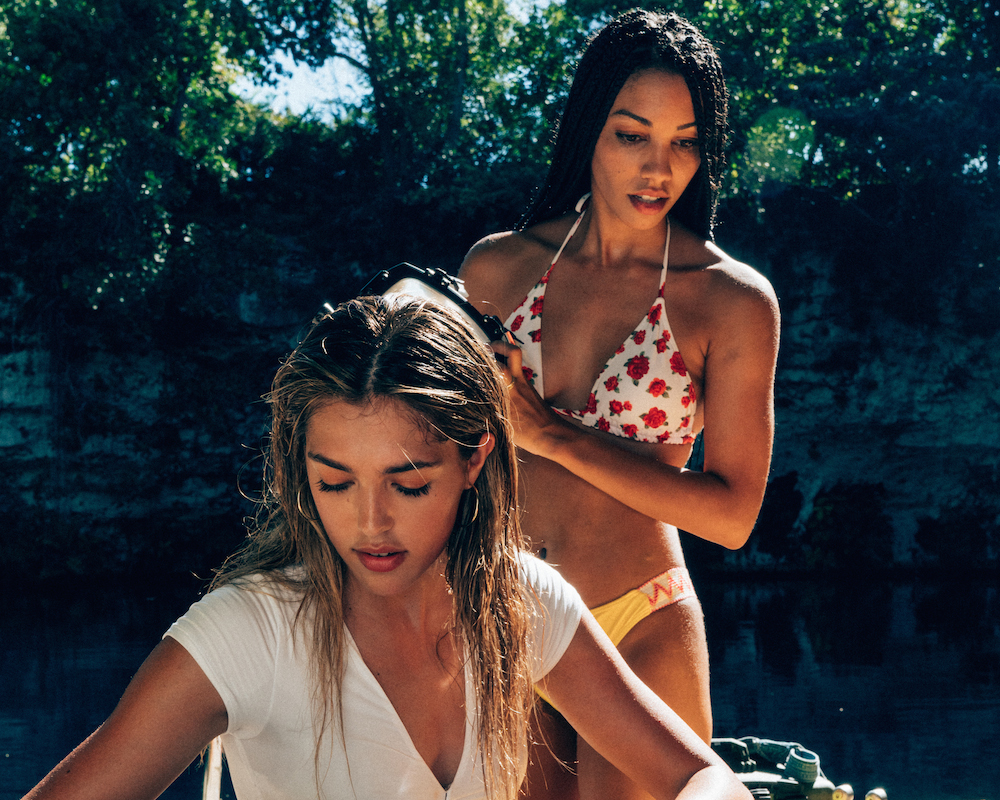 Finally, we come full circle to the love-it-or-leave-it aspect of shark movies. Where does 47 Meters Down: Uncaged fit on the expansive report card? It kept me entertained from beginning to end, which is all anyone has a right to ask of the moviegoing experience. There were a couple of literal leap-from-your-seat scares, and although I deride the “jump scare” as a hackneyed tactic, it is used sparingly and provides the intended effect. I am not sure where 47 Meters Down: Uncaged will fare on the “re-watchability” scale when one already knows what is coming, but I think it’s unfair to include that in the grading. This was an exciting movie, and although there are some faults – how can there not be in a shark movie that isn’t Jaws, particularly in the film’s climax – it’s well worth checking out. Even if your popcorn is served in a plastic pail. As always, good friends, The Doctor wishes you all a clean bill of health.

* Cade once vacationed in Jamaica almost a decade ago. He informed me that while lying under an umbrella on the pristine, white sand beaches and enjoying a brace of tropical cocktails he was repeatedly beset upon by solicitors who asked if he would like to go on a “glass-bottomed boat ride.” When Cade responded that No, he was quite fine without that, he was then asked if he wanted to purchase any of the local ganja. Apparently “glass-bottomed boat ride” was an opener for other conversational topics. 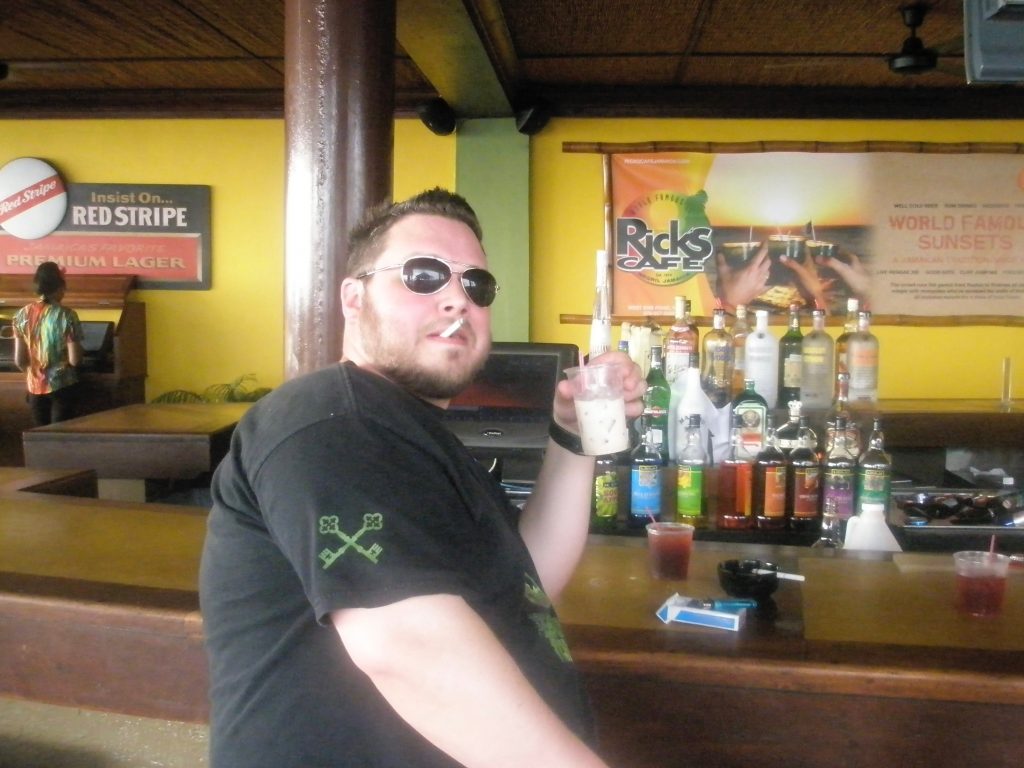 Cade, the good law-abiding American that he is, turned down the dope and then ordered more cocktails like a responsible human being.