The Doomsayer's woodsiness is actually quite calm and gentle, it's like the beginning of Bambi in your mouth... you know before the bloodthirsty hunters and raging fire.

When Room 101’s Matt Booth announced that he was stepping away from the cigar industry back in 2017, I was bummed out as his Namakubi and Uncle Lee blends are some of my personal favorite cigars. Fortunately for cigar fans, Booth returned with a vengeance a short time later and has been unleashing new blends ever since. Having recently featured the impressive Doomsayer Aggressive on an upcoming episode of the TNCC podcast (SPOILER ALERT: it’s a really fun show so keep your eyes peeled for it), I was more than just mildly curious to sample that cigar’s lighter shade sibling – the Doomsayer Passive.

THE CIGAR – DOOMSAYER PASSIVE by ROOM 101 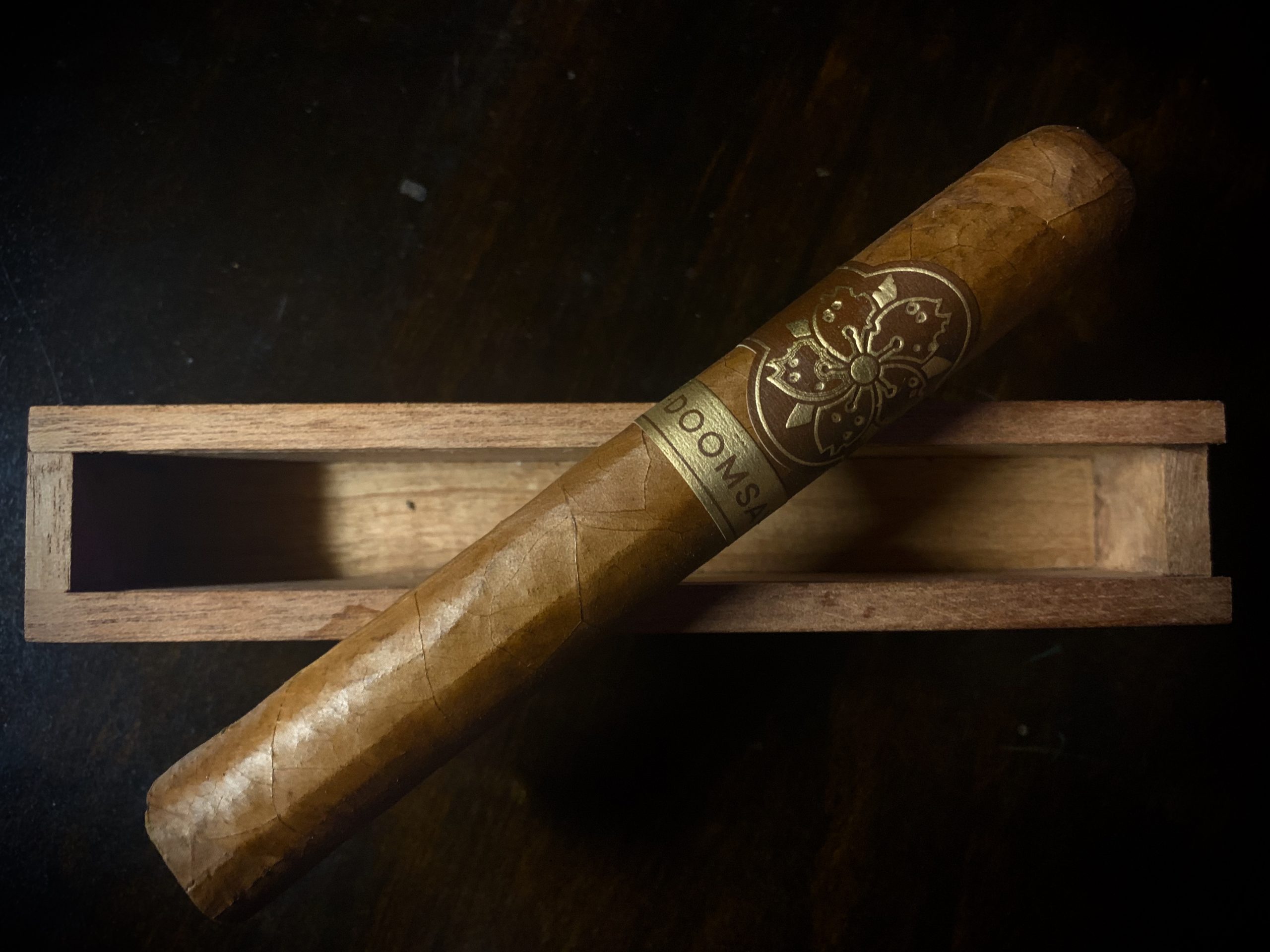 I picked up the Doomsayer Passive from our friends over at Smokers Abbey utilizing their easy-breezy contactless pickup method, I highly recommend it if you live in the Austin, Texas area and are having some challenges finding premium cigars locally during the current pandemic shitshow. The Doomsayer Passive features a very dry coffee bean scent off the medium brown wrapper and a faint aroma of cocoa emitting from the foot. The cold draw also has a cocoa aroma present. The firm cigar seems well-filled with hardly any give when squeezed between two fingers. 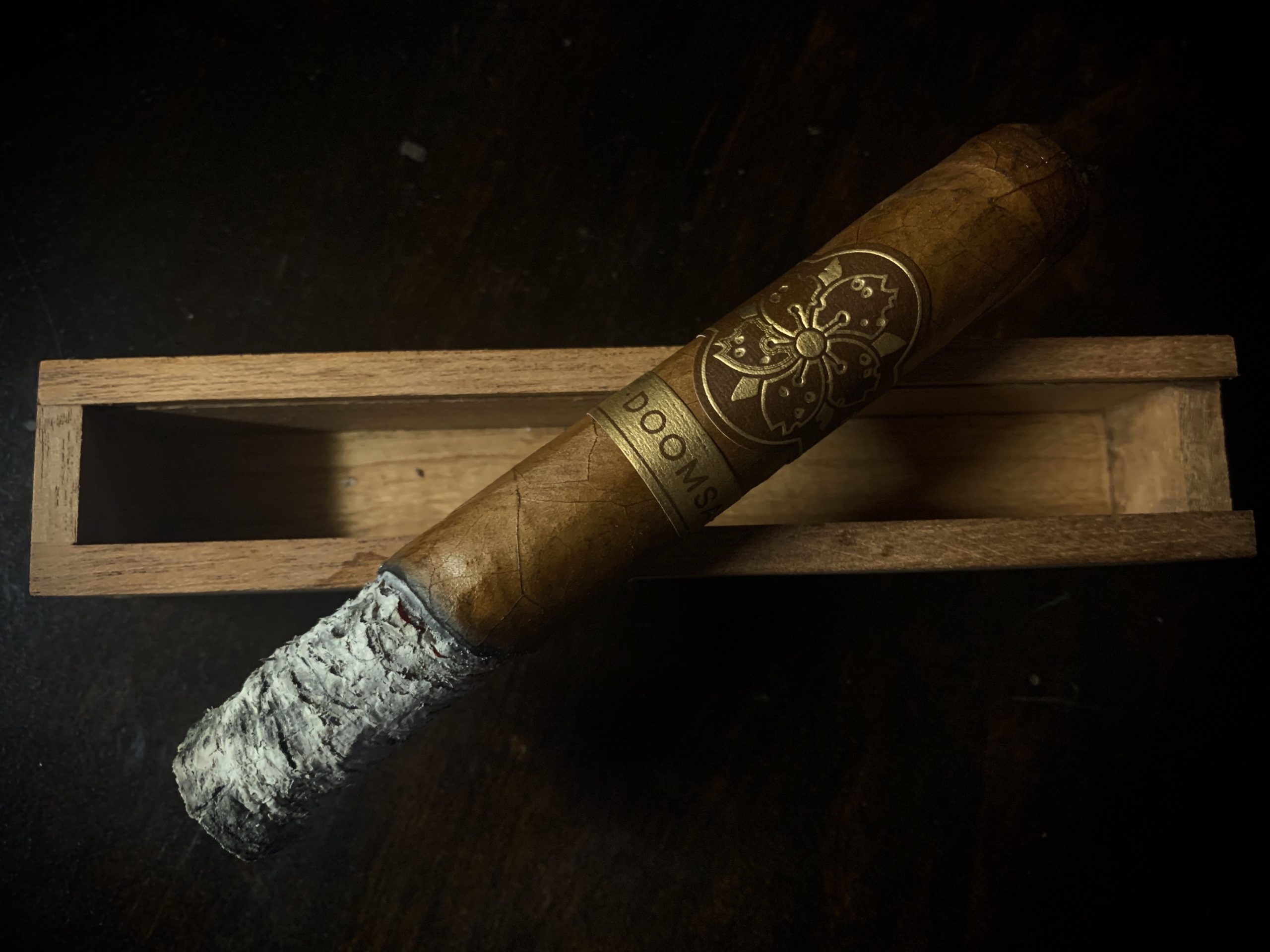 Sure enough, upon torching the cigar there’s an immediate French Roast coffee note front and center on the draw with just a touch of mineral. The draw is initially woodsy, primarily oak with a hint of cedar. Construction is damn good in the early goings, the Doomsayer Passive is drawing like a dream and the ash is solid and immovable like a Pro Bowl nose tackle. 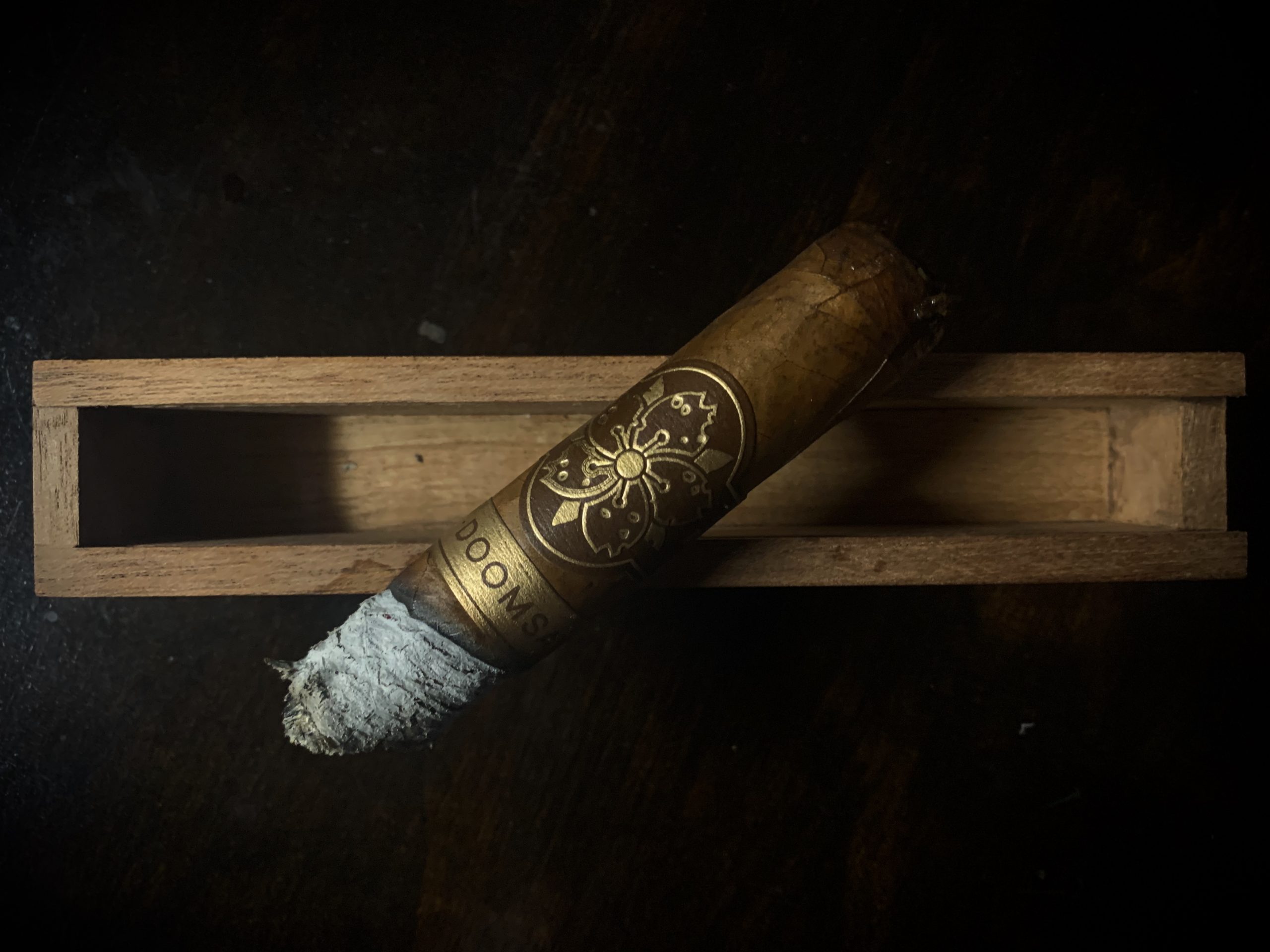 The flavors are remaining steadfast and consistent (Nose = coffee and mineral, Draw = woodsy). I’m actually picking up more strength from the retrohale which is odd considering those notes mentioned above, usually when you hear terms like “woodsy” and “oak” you associate them with more strength than “coffee” and “mineral” but I just call em like I sense them folks. 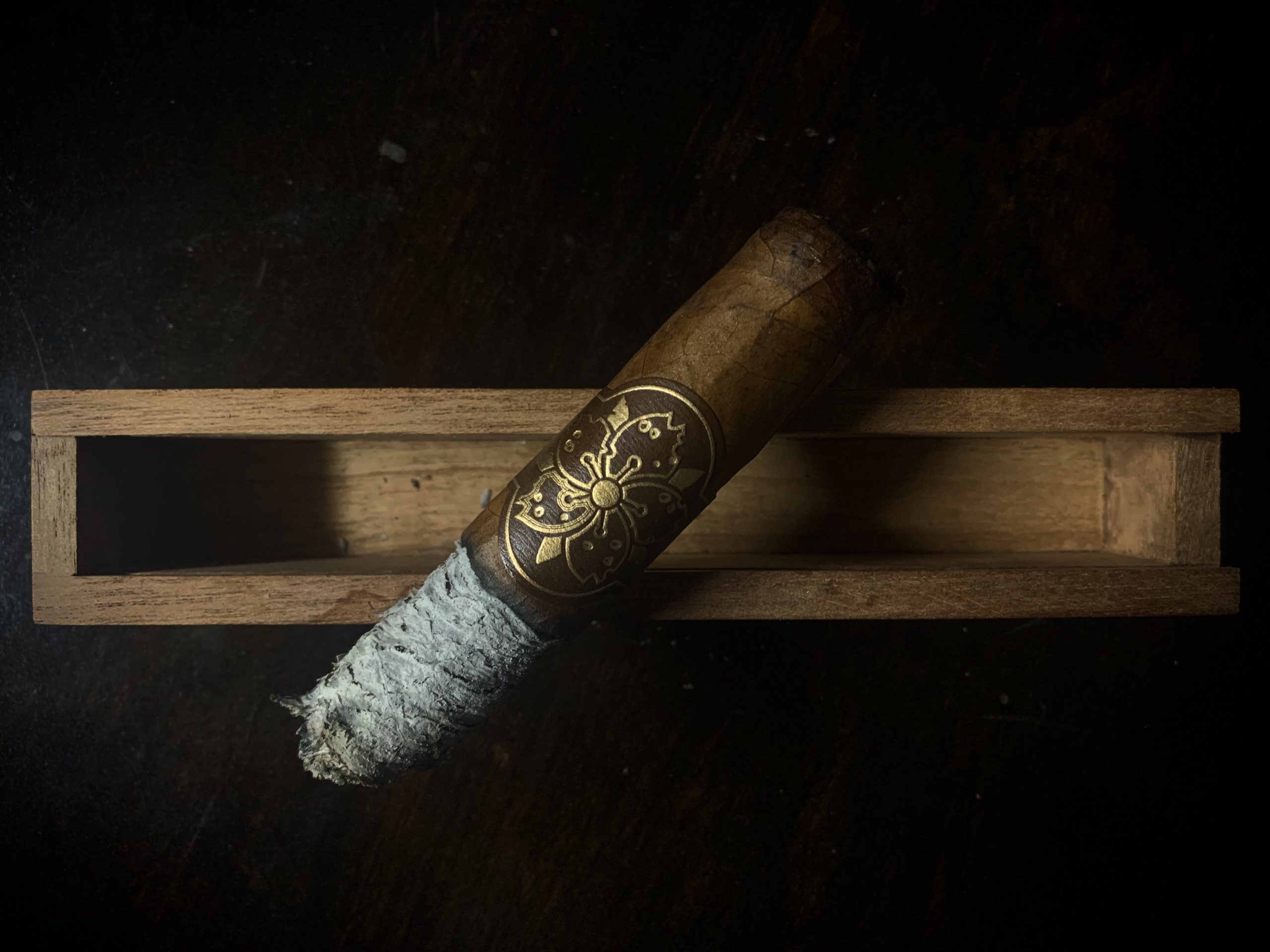 The woodsiness is actually quite calm and gentle, it’s like the beginning of Bambi in your mouth… you know before the bloodthirsty hunters and raging fire. Construction remains fantastic, the burn line was briefly a bit out of whack but it corrected itself without human interference. 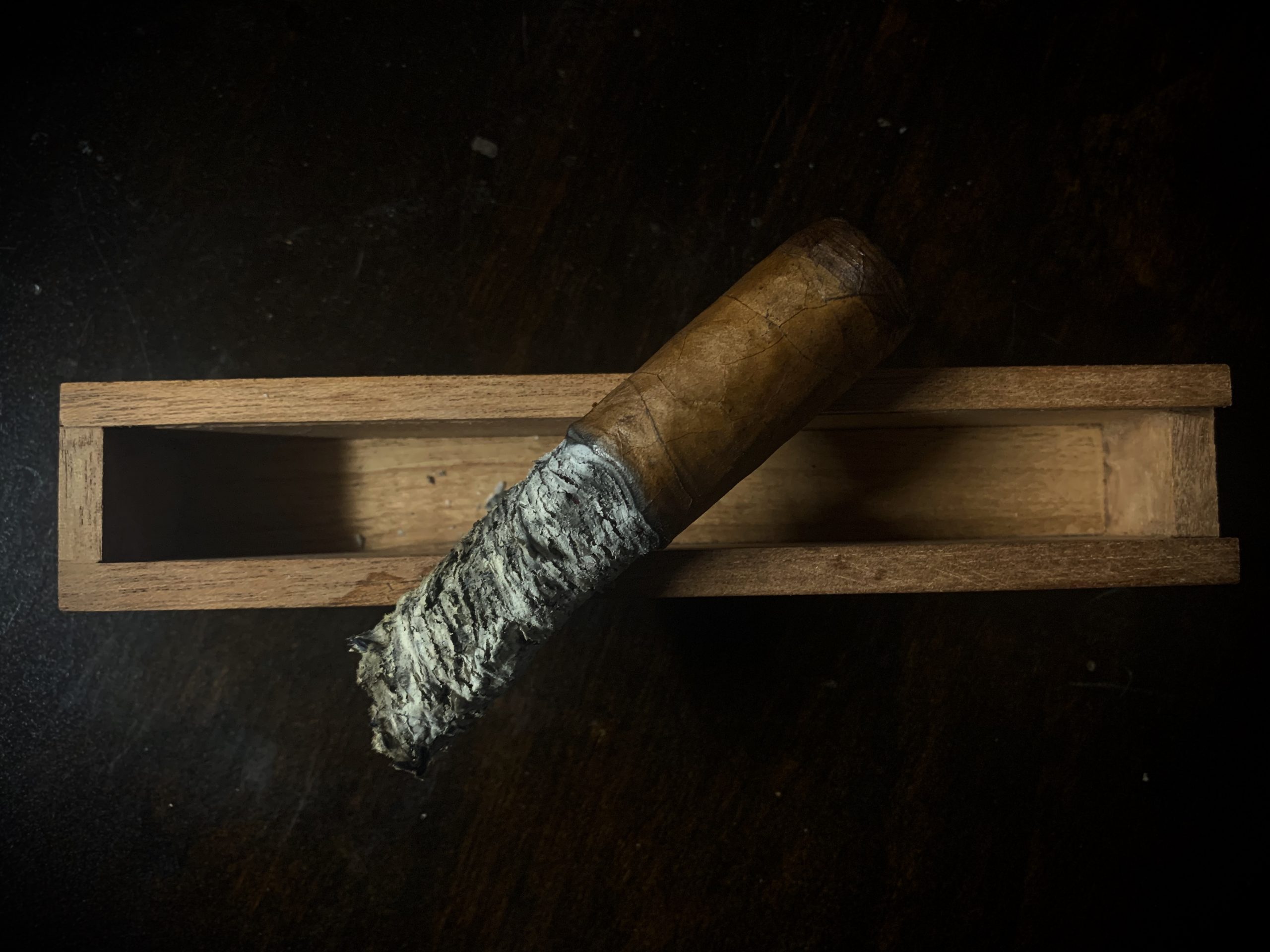 The strength continues picking up on the retrohale to the point where I’m confident in labelling it at “Medium” in the final third. The mineral has overshadowed the coffee at this point and it’s quite enjoyable. The draw is still primarily oak and cedar. I had lofty hopes that the cocoa I picked up on prelight would rear its head at some point but that turned out to be wishful thinking. But that’s on me, not the blender. 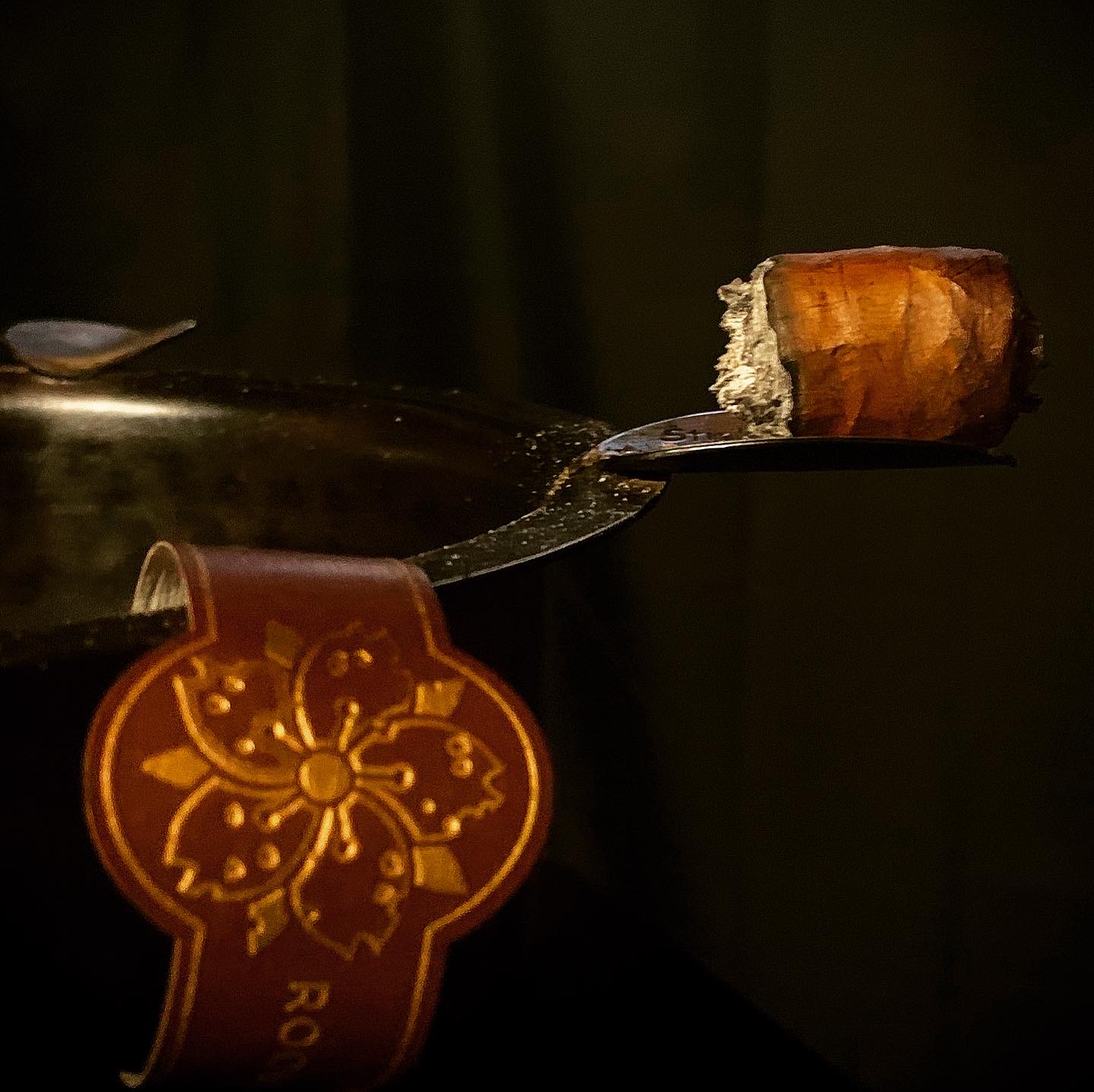 The Doomsayer Passive is a relatively straight forward cigar where the transitions occur not with the flavors but with the fluctuating strength. I always say when it comes to sampling a cigar that’s new to me “just don’t bore me” and this cigar did not bring about a single yawn from your boy for the entire 70 minute smoking duration. And that’s saying something after a long day of home schooling two quarantined youngsters. I’m tired as fuck and this cigar served as a nice reward at the end of the day for not losing my sanity for yet another week. Suck it Covid19, I hate you!!! But I did not hate this cigar one bit.